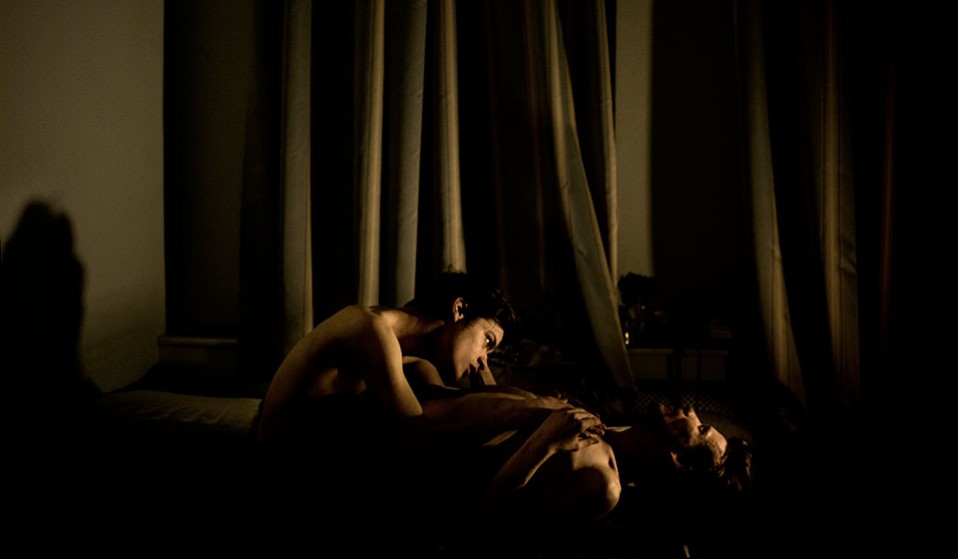 Danish photographer Mads Nissen has won the World Press Photo of the Year with an intimate portrait of a young gay Russian couple.

Danish photographer Mads Nissen has won the World Press Photo of the Year with an intimate portrait of a young gay Russian couple.

Danish photographer Mads Nissen has won World Press Photo 2014 with an image that proves the quietest moments often hit with the loudest punch.

In a year marked by disease pandemics, terror attacks and the unexplained downing of civilian airplanes, the shot that defined 2014 – in the judging panel’s view – was a private moment shared by a young gay Russian couple. A moment defined by love.

The photograph forms part of a larger project Nissen undertook to explore the impact that Russia’s restrictive laws are having on young gay, lesbian, bi-sexual and transgender people. On 30 June 2013, Russian President Vladimir Putin signed into law an ambiguous bill banning the ‘propaganda of nontraditional sexual relations to minors’, leaving Russia’s young LGBT community open to harassment from state officials, eligible for prosecution, and vulnerable to hate-crimes for simply being.

The Panos photographer documented the protests that erupted as LGBT activists took to the streets, but the images he captured – of blood-soaked teens speaking truth to power and being deftly ignored – were overshadowed by this one quiet shot, taken at twilight behind closed doors.

Alessia Glaviano, Editorial Director at Instagram and a judge on the panel, said: “We were looking for an image that would matter tomorrow, not just today. The winning image demonstrates what a professional photographer can do in a daily life situation, setting a professional standard for story-telling in life. This is a contemporary issue, it is daily life, it is news, it has spot news resonance, it has general news resonance, but it also brings up the issue in a very deep and challenging way. It is quite universal.”

It was a great year for in-between moments, in fact. Nuance, at last, seems to have won out. Here are some of our personal highlights from the other categories.

Jon and Alex
World Press Photo of the Year 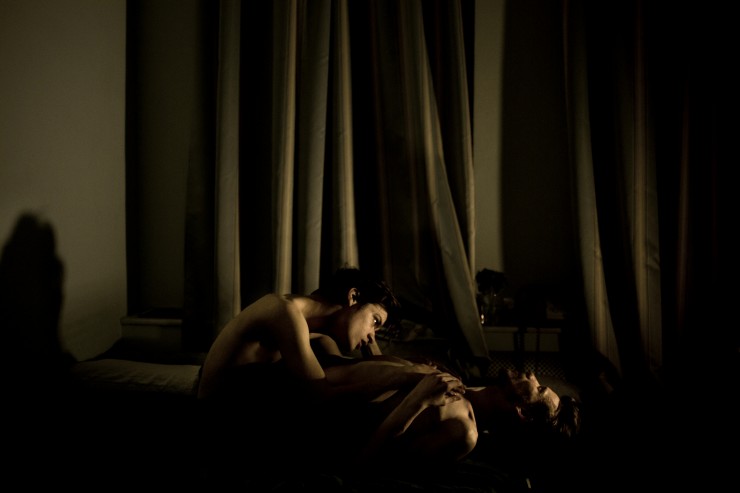 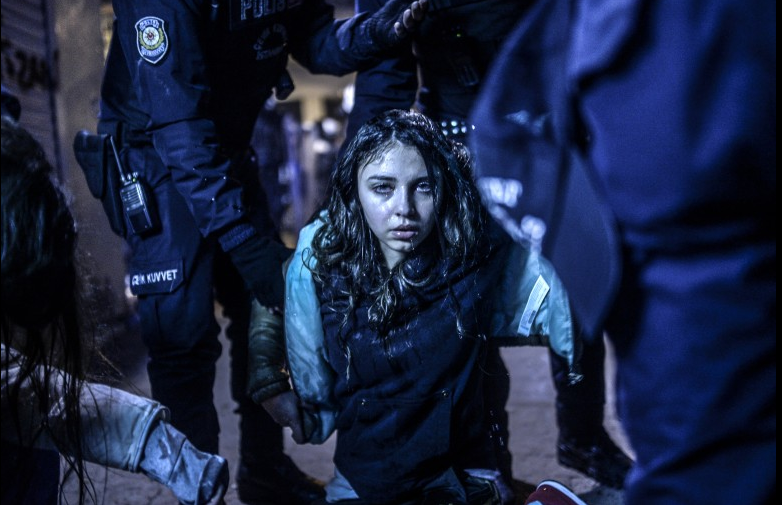 A young girl was wounded during clashes between riot police and protestors after the funeral of Berkin Elvan, a 15-year-old boy who died from injuries suffered during anti-government protests. Riot police fired tear gas and water cannons at protestors in the capital Ankara, while in Istanbul, crowds shouting anti-government slogans lit a huge fire as they made their way to a cemetery for the boy’s burial. 12 March 2014. Istanbul, Turkey. 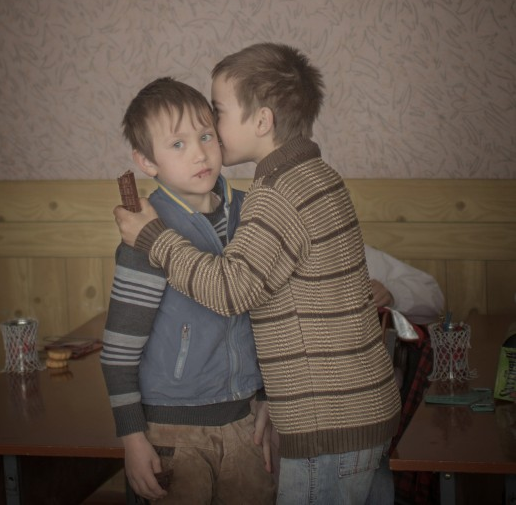 Twin brothers Igor and Arthur hand out chocolates to their classmates to celebrate their ninth birthday. When they were two years old, their mother travelled to Moscow to work in the construction field and later died; they have no father. They are among thousands of children growing up without their parents in the Moldovan countryside. Young people have fled the country, leaving a dwindling elderly population and young children. 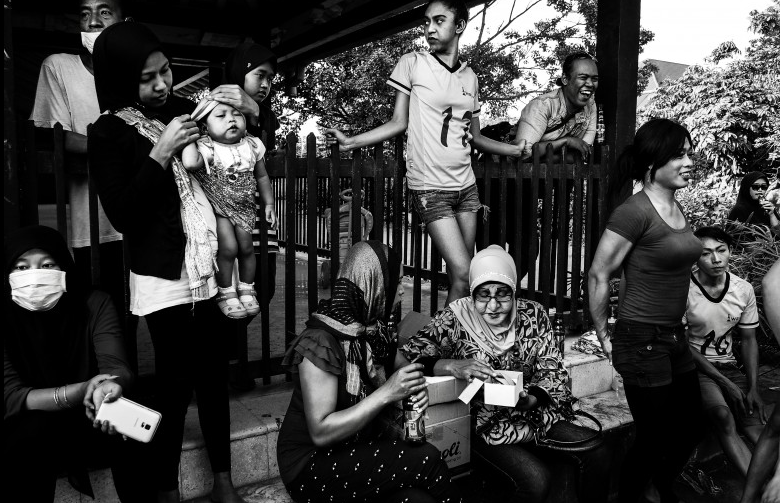 LGBT activist Shinta Ratri with other transgender women, known as warias, in a social meeting she organized. Ratri, 53, opened an Islamic boarding school in her house for transgender people, the first and only one of its kind in Indonesia and possibly in the world. Transgender people there are known as waria, a term which is a combination of two Indonesian words: “wanita,” which means woman, and “pria,” which means man.Generally speaking Islamic law forbids men to dress and adopt the mannerisms of women, and vice versa, but according to the Koran, Muslims are not allowed to classify people based on economic, social, political, gender or theological values. 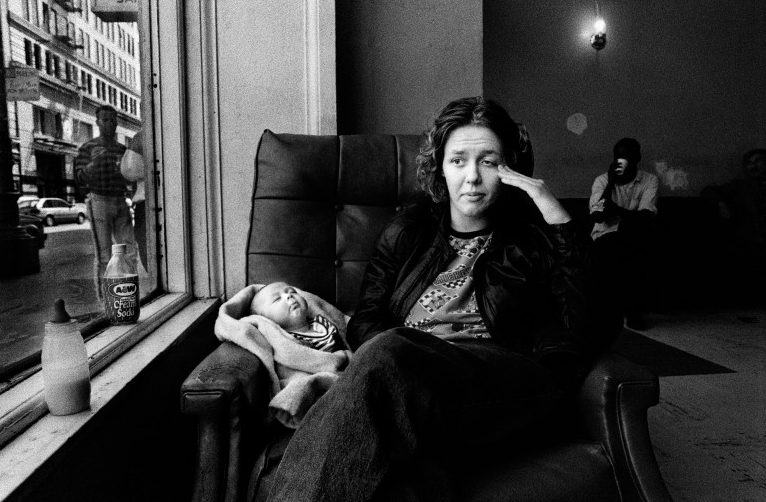 “Julie, 18, stood in the lobby of the Ambassador Hotel, barefoot, pants unzipped, and an eight-day-old infant in her arms. She lived in San Francisco’s SRO district, a neighborhood of soup kitchens and cheap rooms. Her room was piled with clothes, overfull ashtrays and trash. She lived with Jack, who had given her AIDS, and father of her first baby, Rachel. Her first memory of her mother is getting drunk with her at 6 and then being sexually abused by her stepfather. She ran away at 14 and became a drug addict at 15. Living in alleys and crack dens, and bunked with more dirty old men than she cared to count. “Rachel,” Julie said, “has given me a reason to live.” San Francisco, California 1993

“I first met Julie on January 28, 1993. For the next 21 years I have photographed Julie Baird and her family’s complex story of poverty, AIDS, drugs, multiple homes, relationships, births, deaths, loss and reunion. Following Julie from the streets of San Francisco to the woods of Alaska. By 2002, Julie had given birth to five children: Rachel, Tommy, Jordan, Ryan and Jason Jr. All were taken from her by the State of California. She had “stolen” one newborn from the hospital so he wouldn’t be taken. A stunt that cost Julie and her partner, Jason, time in jail. In 2008, Julie gave birth to her sixth child, Elyssa, the only one they were able to keep.”

Linkedin
RELATED ARTICLES
OTHER ARTICLES
Despite the easing of Covid-19 restrictions, the issue of over-policing on university campuses remains.
Ahead of the policing bill reaching its final stages in the Lords, protestors came together to rally against the legislation.
The novelist discusses his electrifying debut, which offers a deft examination of masculinity under late capitalism.
From Brooklyn gang members, to Welsh miners and the residents of East Harlem, Bruce Davidson used his camera to shine a light on the most marginalised.
While police claim that body cams increase accountability, the proliferation of the tech raises questions over who it really serves.
Photographer Philipp Mueller reminisces on shooting Zurich’s thriving nightlife in an era fuelled by experimentation.