Art & Culture / Photography / King and Queens in their Castles 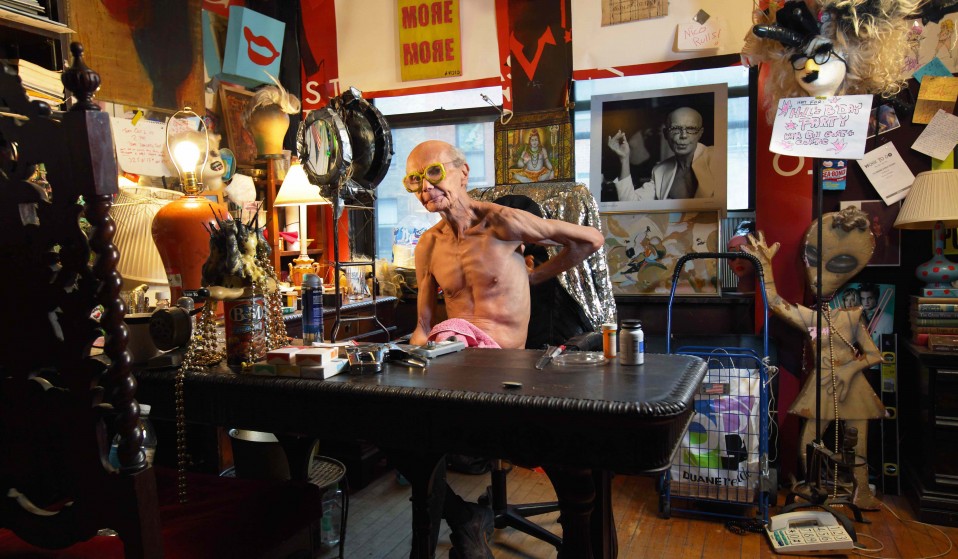 Photographer Tom Atwood travelled the length and breadth of the United States, capturing queer icons at home in his personal celebration of LGBTQ life.

Photographer Tom Atwood travelled the length and breadth of the United States, capturing queer icons at home in his personal celebration of LGBTQ life.

For the past fifteen years, Tom Atwood has been traveling the United States, photographing over 300 people from the LGBTQ community in their home environments. With subjects ranging from undisputed Pope of Trash John Waters to disability activist Lydia Brown, the result is an unusually intimate look at some of the many ways LGBTQ people experience life in America today.

An autodidact, Tom was determined to steer clear of the tired, repetitive imagery of LGBTQ people so often seen in photography: young, partying, naked. Instead, he focused on capturing his subjects at their most relaxed, in private environments that tell their stories better than words ever could. 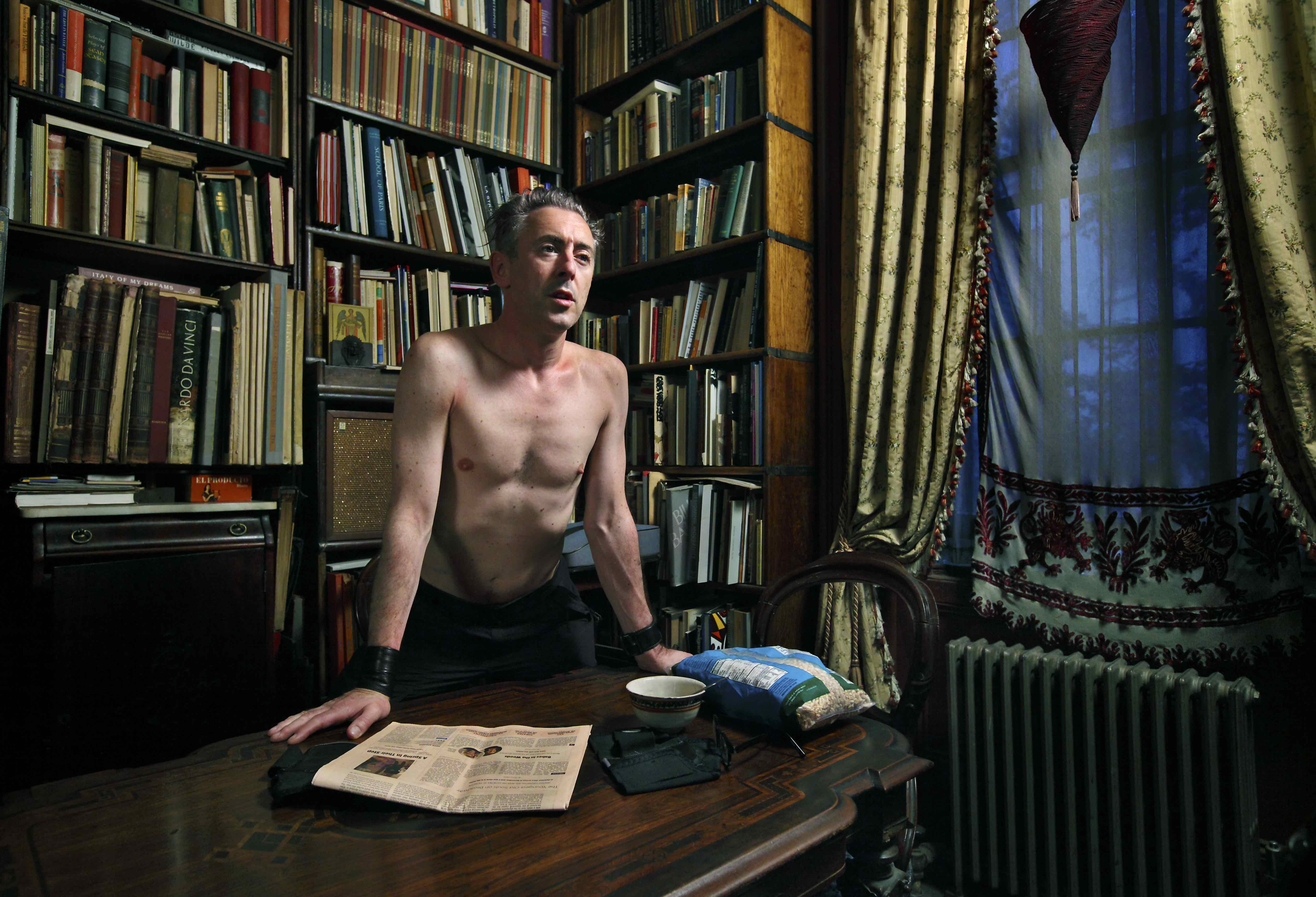 In Kings and Queens in their Castles there’s an obvious hint of camp – the title is a nod to drag kings and queens, after all, and some of the backdrops are unashamedly theatrical – but the book has nothing to do with stereotypes or tokenism. Quite the opposite, actually. It captures the LGBTQ experience as it is: multifaceted and somehow integrated at the very same time.

What’s the story behind the title of the project?
I see kings and queens in castles as a telling metaphor for the subjects in the series. Many of the subjects are kings or queens of their professions: leading actors, writers, designers, politicians or journalists. And many of the interiors of the book are visually rich in the way that medieval decorations were, with strong, deep colours and lavish fabrics. The title, in addition to paying tribute to our dazzling drag kings and queens, is also a nod to aristocracy from history reputed to have engaged in alternative sexuality, gender practices or sensibilities. 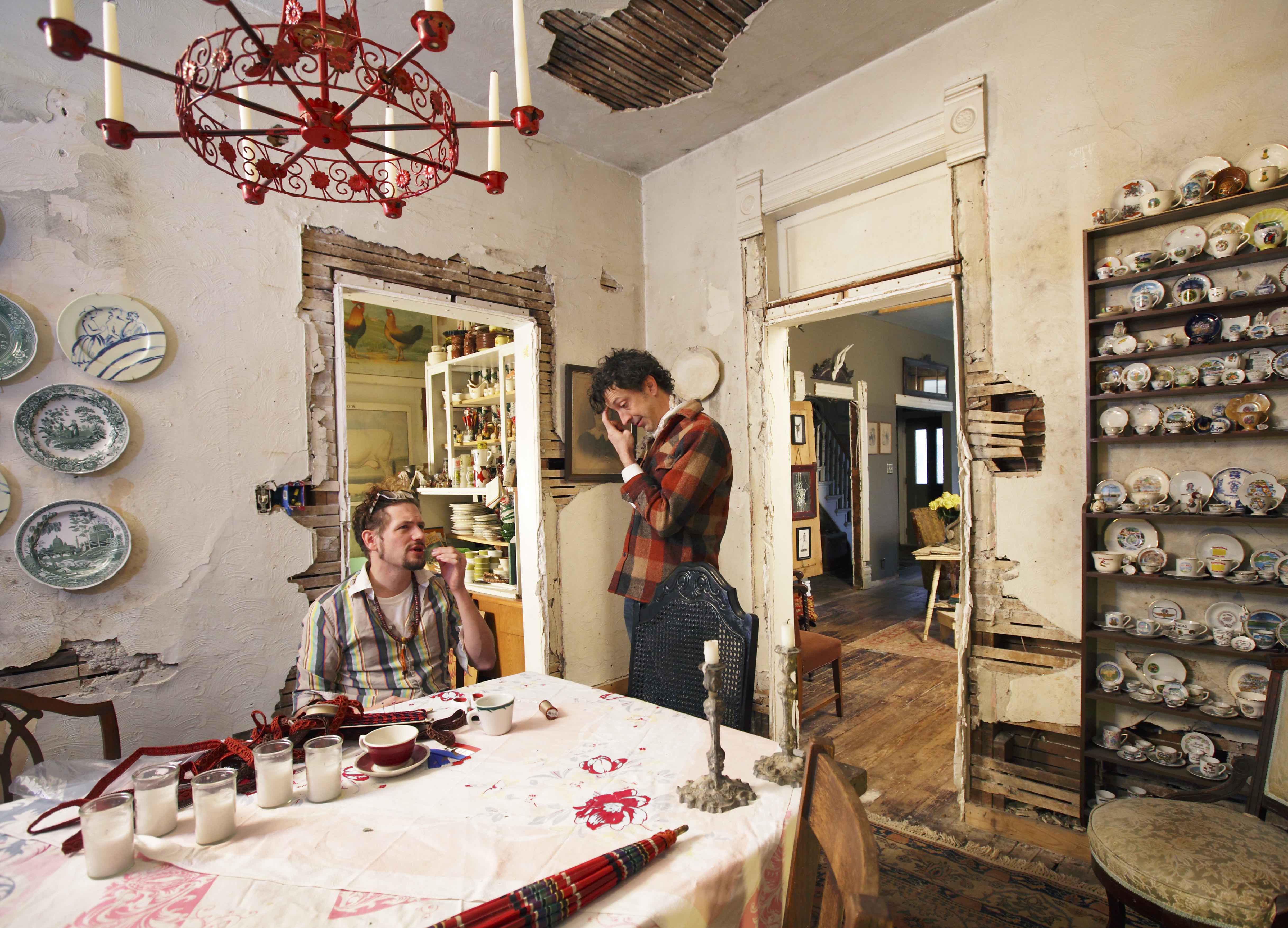 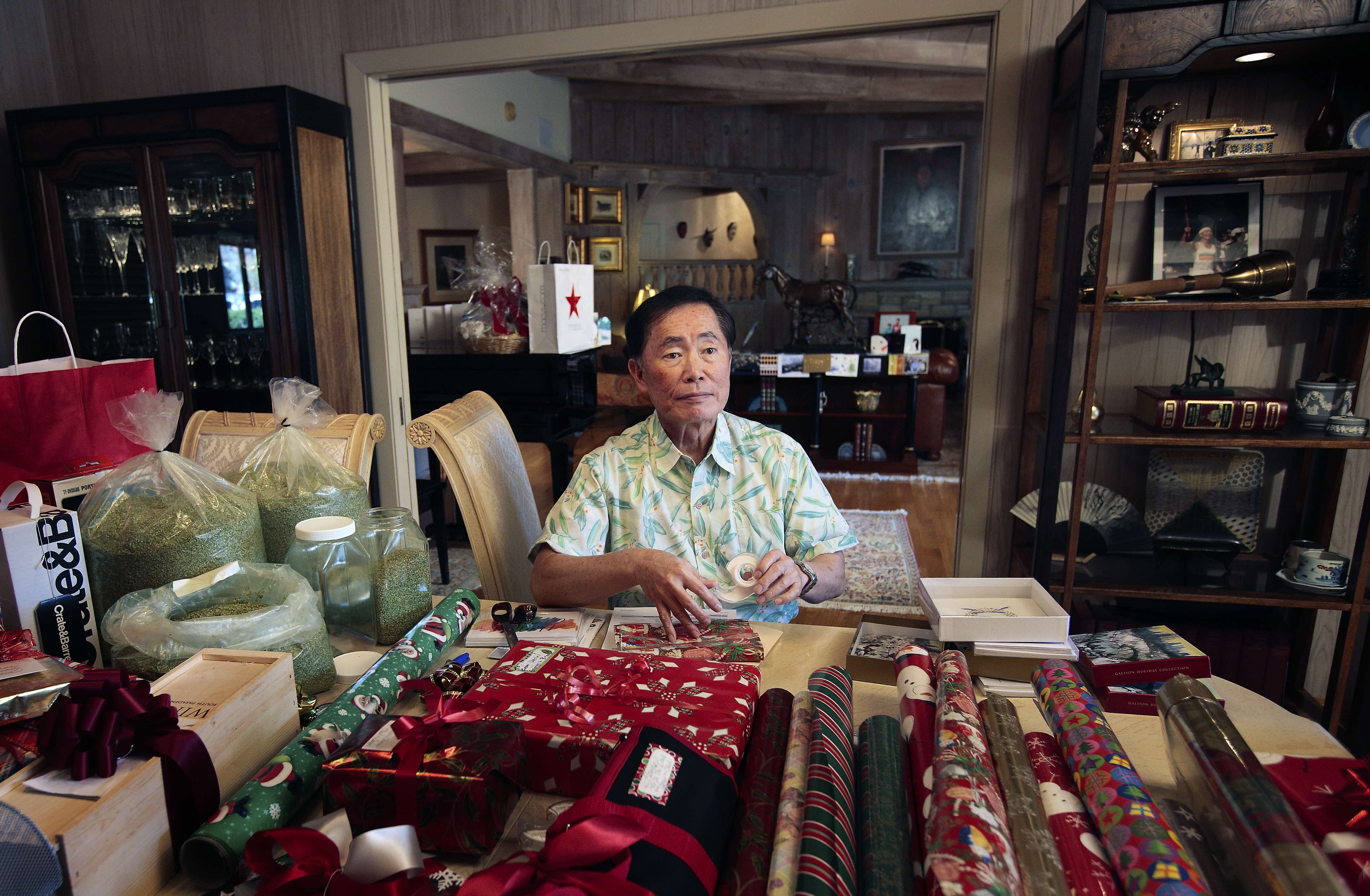 Why was it important to achieve a certain level of intimacy with the portraits?
Intimacy was important to me in creating meaningful, moving portraits, and in executing my personal photographic style. To create 360-degree portraits, I photograph people in daily activity; modern day tableaux vivant. I seek out whimsical, intimate moments of everyday life that shift between the pictorial and the theatrical. While the images often have an element of voyeurism, my subjects occasionally look at the camera as in reality, when being photographed subjects are typically aware of a photographer’s presence. I ultimately like my pictures to be as biographical as possible. 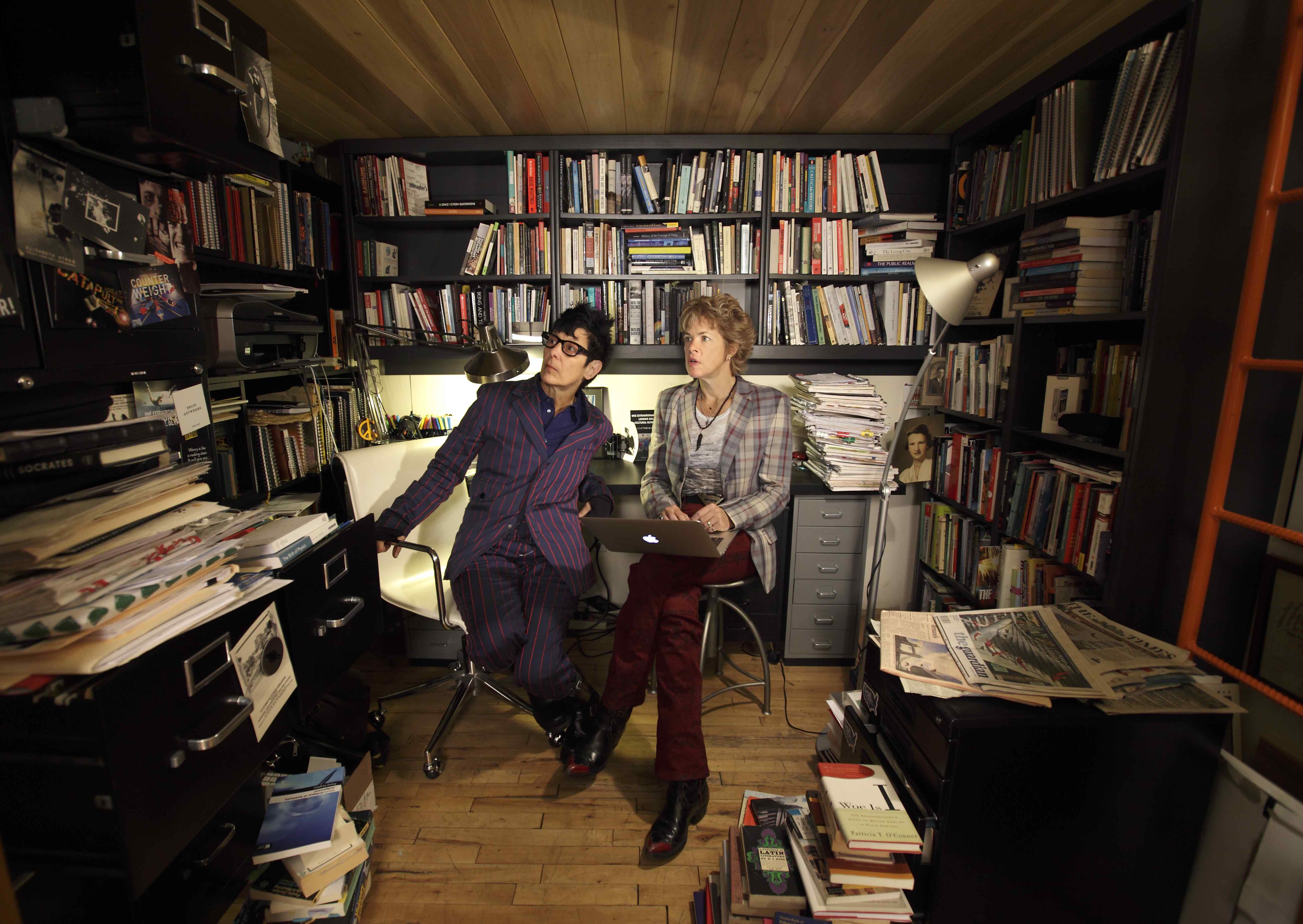 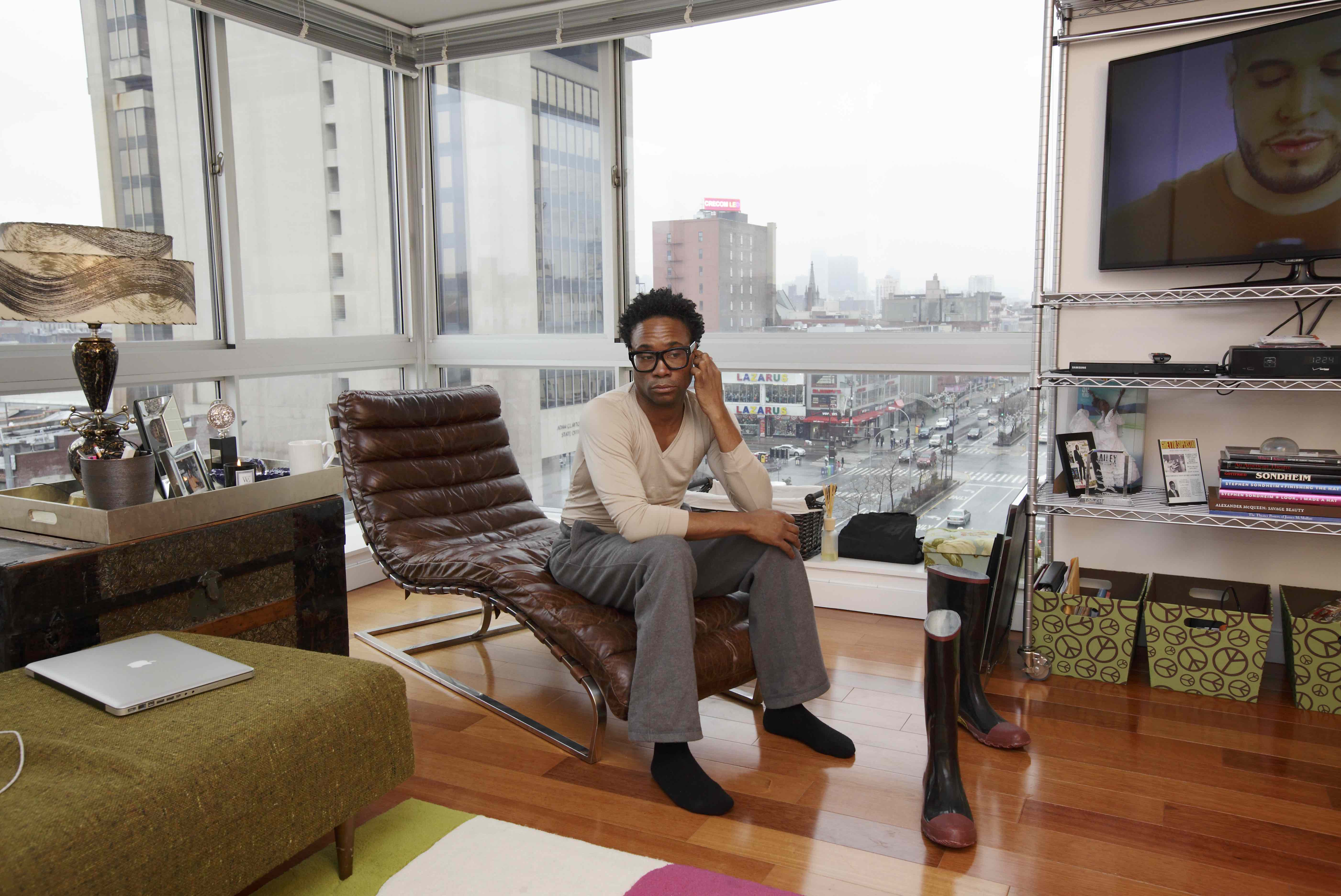 You photographed a lot of celebrities as well as a lot of non-celebrities, and you didn’t know many of the people photographed. Did you have any expectations going into these homes?
I actually had no expectations! Most often people’s castles accurately reflect them. John Waters is a case in point.  He had an art installation depicting a table where a terrorist was manufacturing anthrax in little plastic bags, an execution chair and all sorts of other arcane things that seemed like they could have been props in his films. Sometimes I encountered subjects that seem to use their personal space as a way to create a sort of sanctuary which can sooth them. Carson Kressley is a good example of this. His personality is edgy yet his apartment is rather traditional in terms of style, although it was beautifully designed. 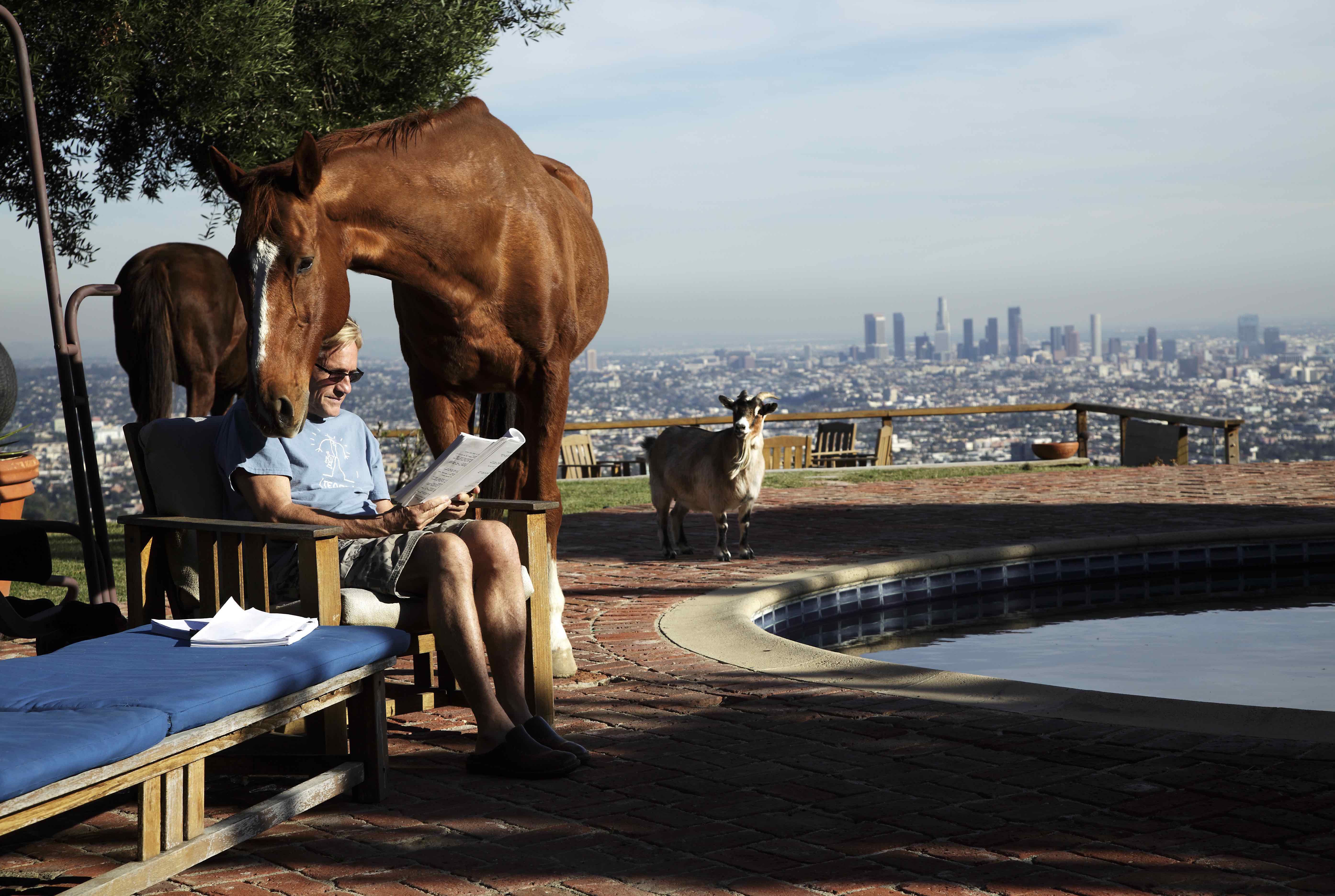 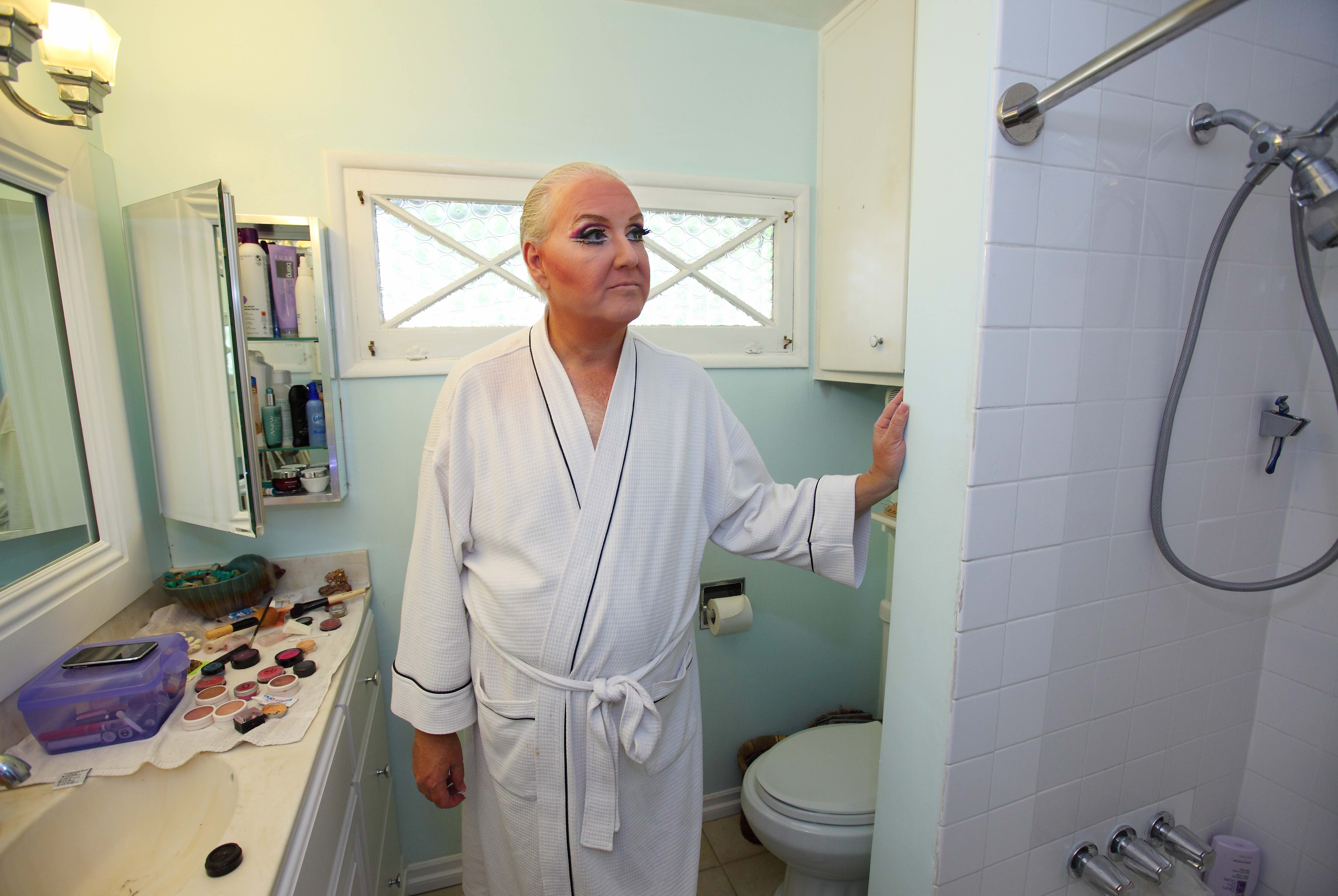 For others, I think our homes seem to represent fantasy worlds that allow us to blossom; to be who we want to be regardless of societal pressure. I think some LGBTQ people go to great lengths to draw distinction between the mainstream and ourselves, a difference that is often represented visually through our living spaces.

Unusual colour palates, provocative objets d’art… all of these design elements — whether consciously or not — I think are often used to show that we are unique. And other times I think individuals create homes that seem to be aspirational, a projection of who they want to be. So we’ll project elements of the outside world that we want to be a part of our lives into our personal spaces. And of course sometimes it’s a mix of all of the above. 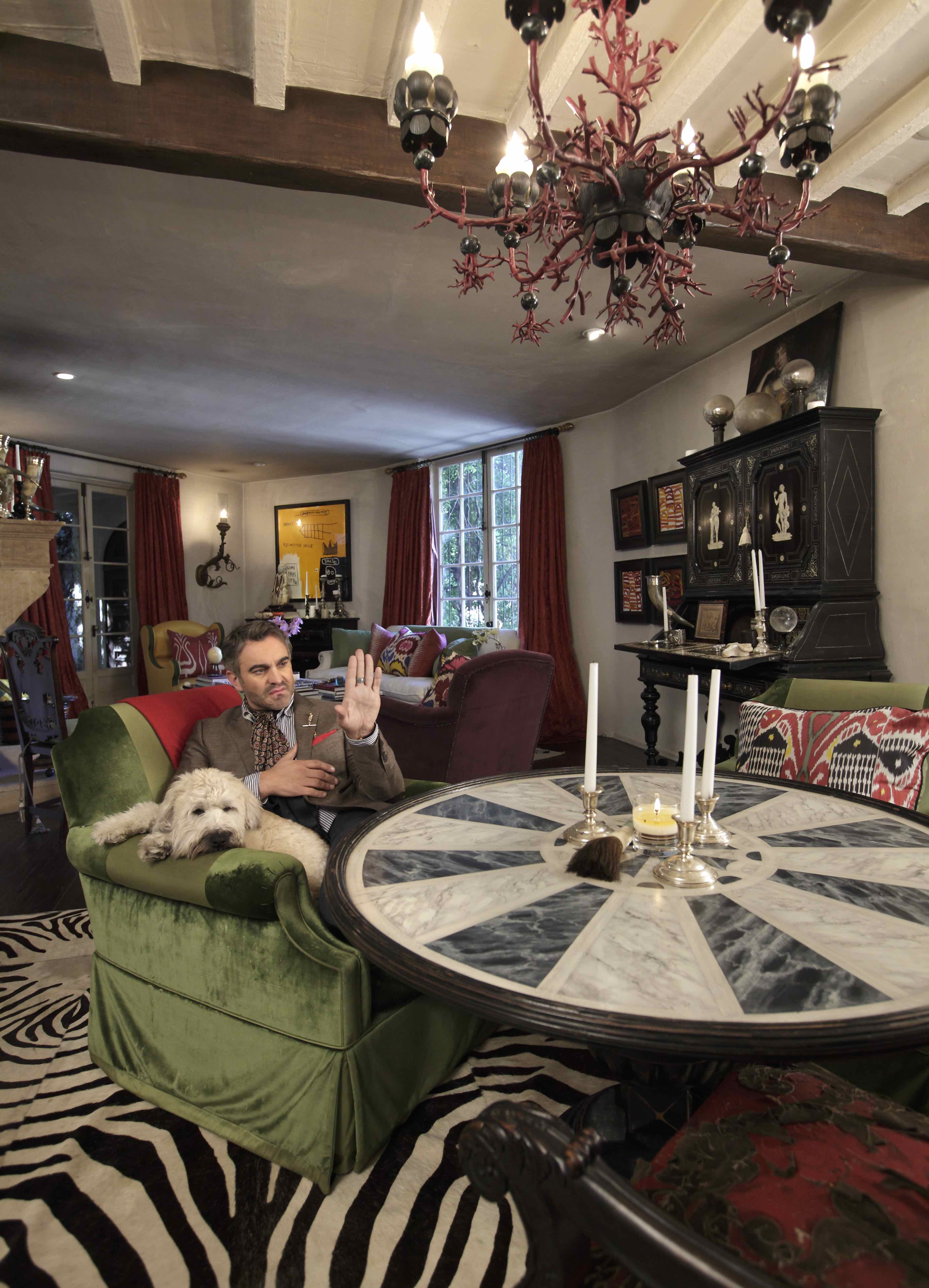 You mentioned the process of finding subjects, but did people approach you too?
Yes, I certainly had some subjects proactively approach me. Especially some of the semi-famous subjects, once the project was underway and people started to hear about it. Some just thought the project was worthwhile and wanted to participate. Some I suspect were interested in publicity, and others might have been proud of their homes and just wanted to share them with the world.

How do you think an extensive and intimate photography series like this adds to the wider representation of LGBTQ people?
I hope that viewers take away a sense of how varied and interesting the LGBTQ community is; a celebration of difference and of a gay sensibility that is unique. One straight high school friend of mine mentioned after seeing the book that she had no idea so many leaders in the arts, entertainment and media were LGBTQ, that that aspect of the series was really eye opening for her. I also want the series to provide positive role models for LGBTQ youth, and I’m hoping that the book becomes a symbol of and source of pride for the LGBTQ community – that it might help shape and become a part of our identity. 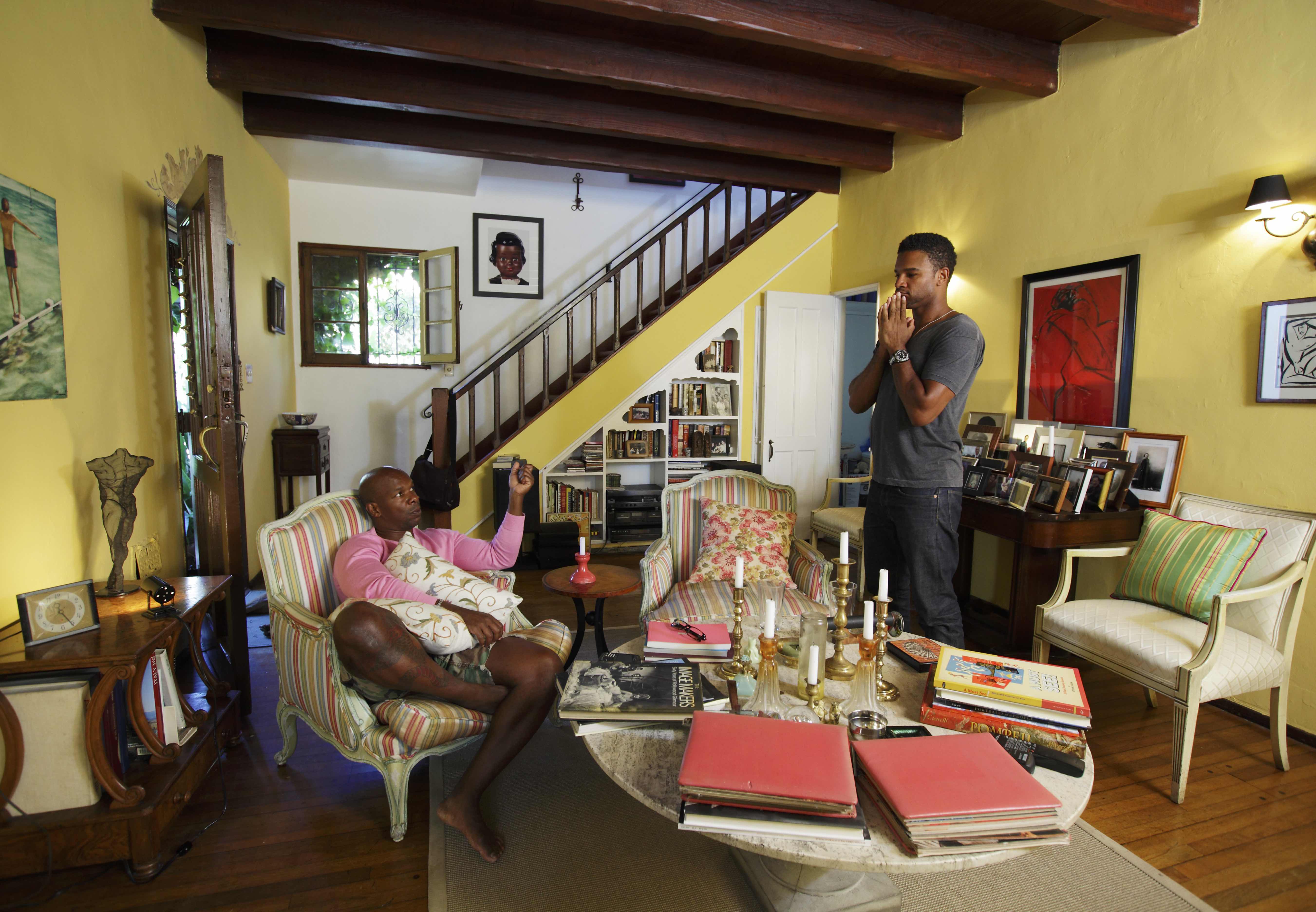 You have individuals from a lot of different ages – did the age of subjects influence the relationship with being photographed at all?
I think I was able to relate equally to subjects of all ages. I guess I’m able to engage in conversations on a wide variety of topics, so I was able to find things to talk to everyone about, allowing me to connect with them all.

You’ve mentioned that representation of LGBTQ people has previously focused on younger individuals in an urban context, and that there’s this impression to do with ageism, or underrepresentation of older individuals…
A lot of LGBTQ photography seemed to depict scantily-clothed young subjects and seemed to emphasise nudity and sexuality. I wanted to offer a different perspective. Among other older folks, I wanted to feature older bohemians, beatniks, mavericks and iconoclasts, many of whom blossomed in the 1960s and 1970s but seem to be slowly disappearing. 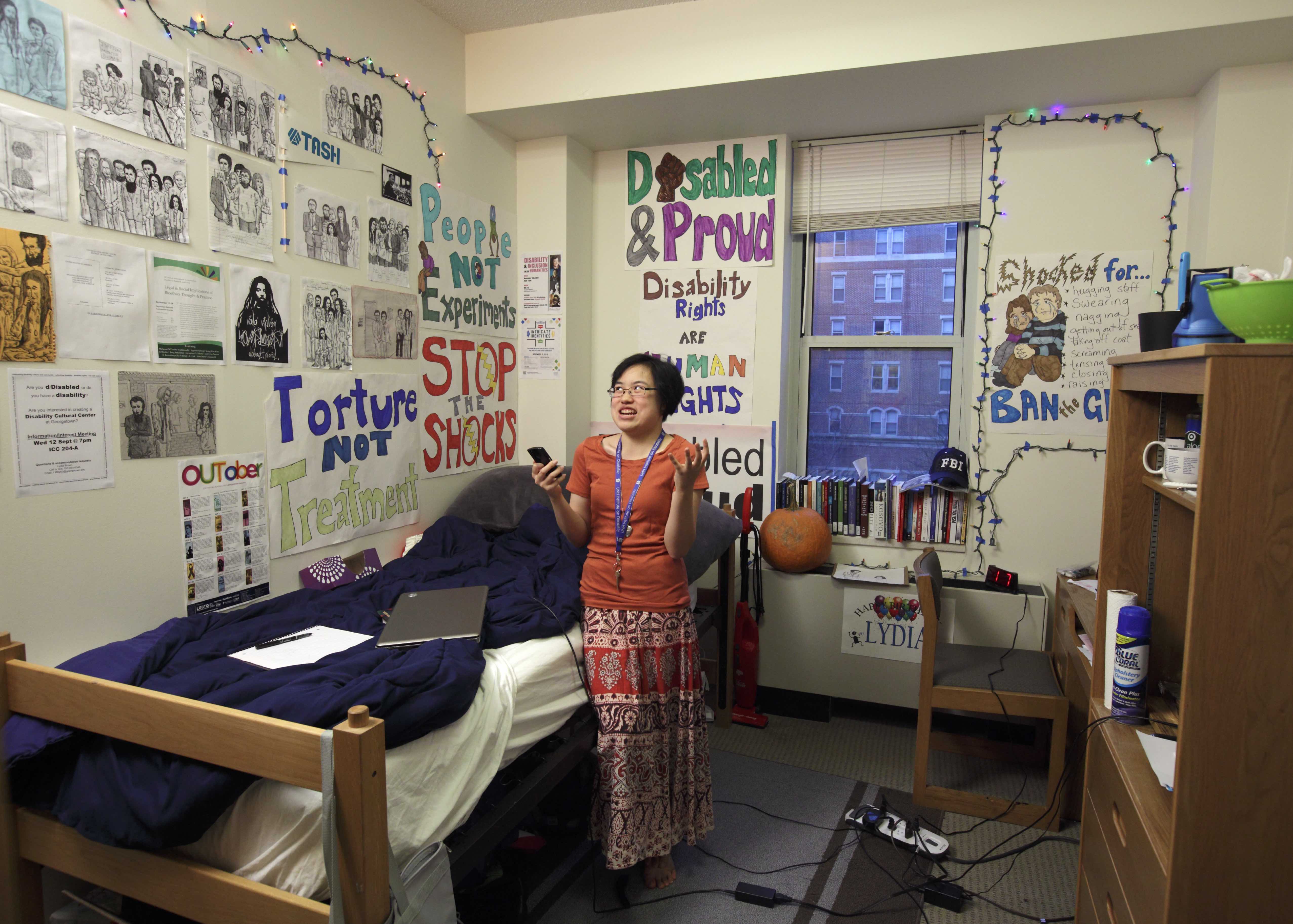 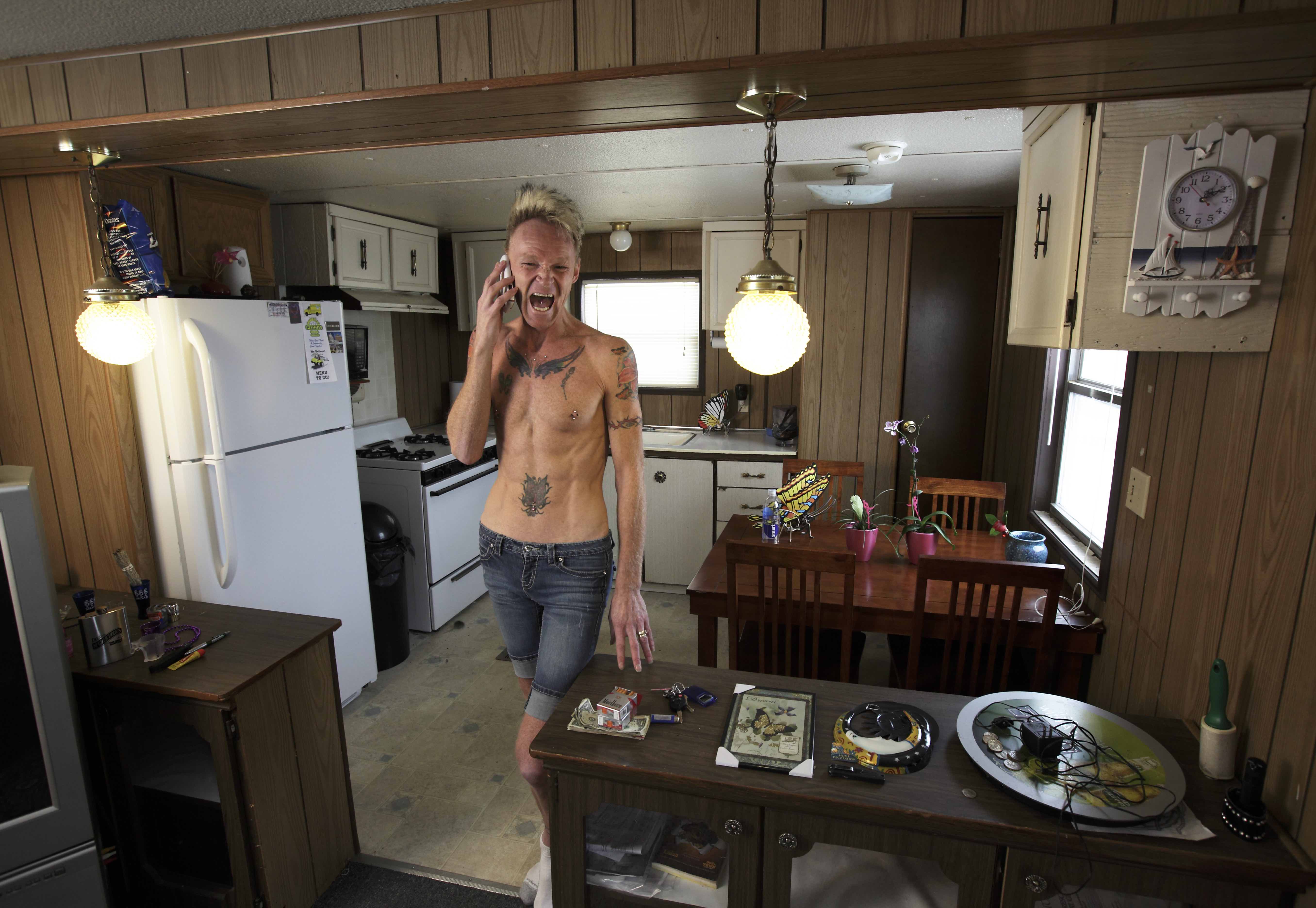 There’s a theory that everyone in the LGBTQ community knows each other. Since this project had a lot to do with knowing and meeting people, did you end up feeling that sense of community?
Yes, definitely!  Certainly within a state or city, many folks knew one another.  A lot of the Los Angeles subjects knew some of my subjects in New York, and vice versa.  I imagine that whilst among the general population there are six degrees of separation, within the LGBTQ world, there might only be 2-3 degrees of separation.

Linkedin
RELATED ARTICLES
OTHER ARTICLES
After blocking the Scottish government’s gender recognition reform bill, Westminster is now devising further changes to the law to make it harder for trans people to self-identify.
Taking us through one of the most dynamic years in recent history, Laylah Amatullah Barrayn new photo book contains tender yet confrontational portraits.
The first-generation graffiti artist reflects on the tagging’s emergence as an art form and the players who pushed the medium forward.
After fleeing the war in Ukraine, people are finding it impossible to secure affordable and decent housing in the UK.
From snake handlers to mardi-gras revellers, Tom “TBow” Bowden’s photos provide a snapshot of the wonderful and weird people who make up America.
Mass crustacean die-offs in the North East have led a community of fishermen to take action to save their seas.