Issue Archive / The photographer tackling an entire history of misogyny 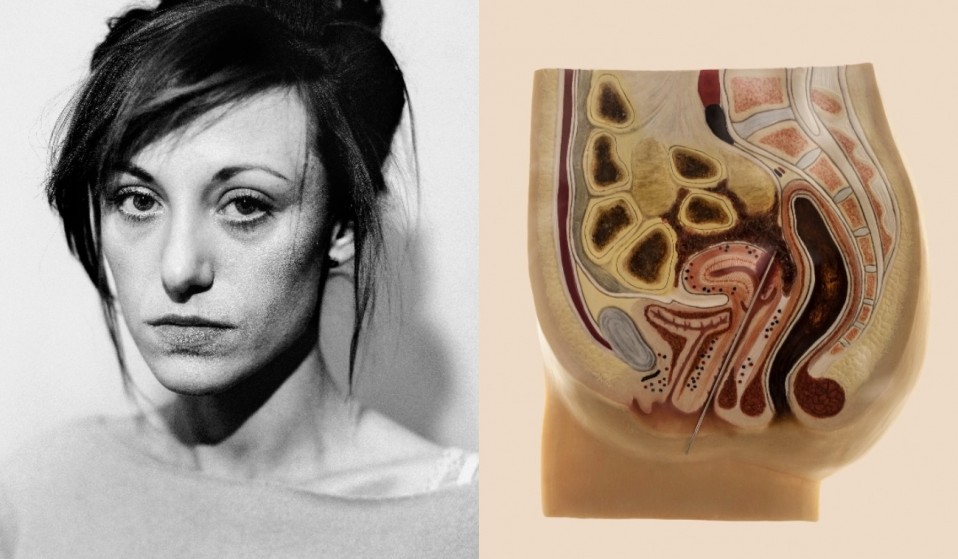 Text By Laia Abril, as told to Andrea Kurland

Spanish photographer Laia Abril is on a mission to map the systems that control women’s lives. It’s a challenge that sees her traversing time and space, going back through history and around the world, to remind us that there are consequences to every action.

Spanish photographer Laia Abril is on a mission to map the systems that control women’s lives. It’s a challenge that sees her traversing time and space, going back through history and around the world, to remind us that there are consequences to every action.

In 2013, the Spanish government proposed a change to the abortion law that would make it more restrictive. Luckily, they didn’t succeed. But when I realised my rights could be jeopardised at any time, I started looking into abortion access around the world, exploring the repercussions for other women.

Presenting my project, On Abortion, for the first time as an installation was a huge challenge. It’s not an easy topic, people don’t want to spend too much time reading about it. I wanted to make the exhibition as interesting as possible so people wouldn’t leave before getting the ‘bigger picture’. By using video installations, audio and objects, I found that I could trigger uncomfortable and complicated stories, thanks to the power of suggestion, in a way that gave the viewer space to make up their own mind.

That project was the first chapter of A History of Misogyny, a conceptual umbrella for different series that allow me to visualise systems that have been historically used to control women. The whole point of looking back is to realise that women’s rights, as human rights, are not something that – once achieved – can be forgotten about. They will always be at stake, as long as politicians keep using them as a threat. Of course, I manipulate how to serve that message but I’m not shouting about what’s wrong and right. The facts speak for themselves: when more than 47,000 women die due to botched abortions every year, we have a problem.

The coathanger has come to symbolise what the pro-choice movement is trying to avoid.

I started out as a journalist and was also a photo editor for many years. Lately, I feel more comfortable with the label ‘artist’, because it allows me to investigate new forms of storytelling, new narratives and approaches. I feel more free. But my background in journalism shows in my passion for research, which is the basis of all my projects whether they’re executed with photography, video, text or design. Research is everything. But it’s not just about researching people, stories or information. Research means understanding: finding a way to connect. It means getting deep into a topic until you find your voice inside.

In this project, I’m looking to create a conceptual map, so that people can link actions and consequences. I’m obsessed with connections and links, causes and repercussions. Your vote might end up becoming an action that eventually affects thousands of women on the other side of the world – just look at Donald Trump’s take on abortion. Understanding the potential consequences of our actions helps us wake up to the crises in our world. 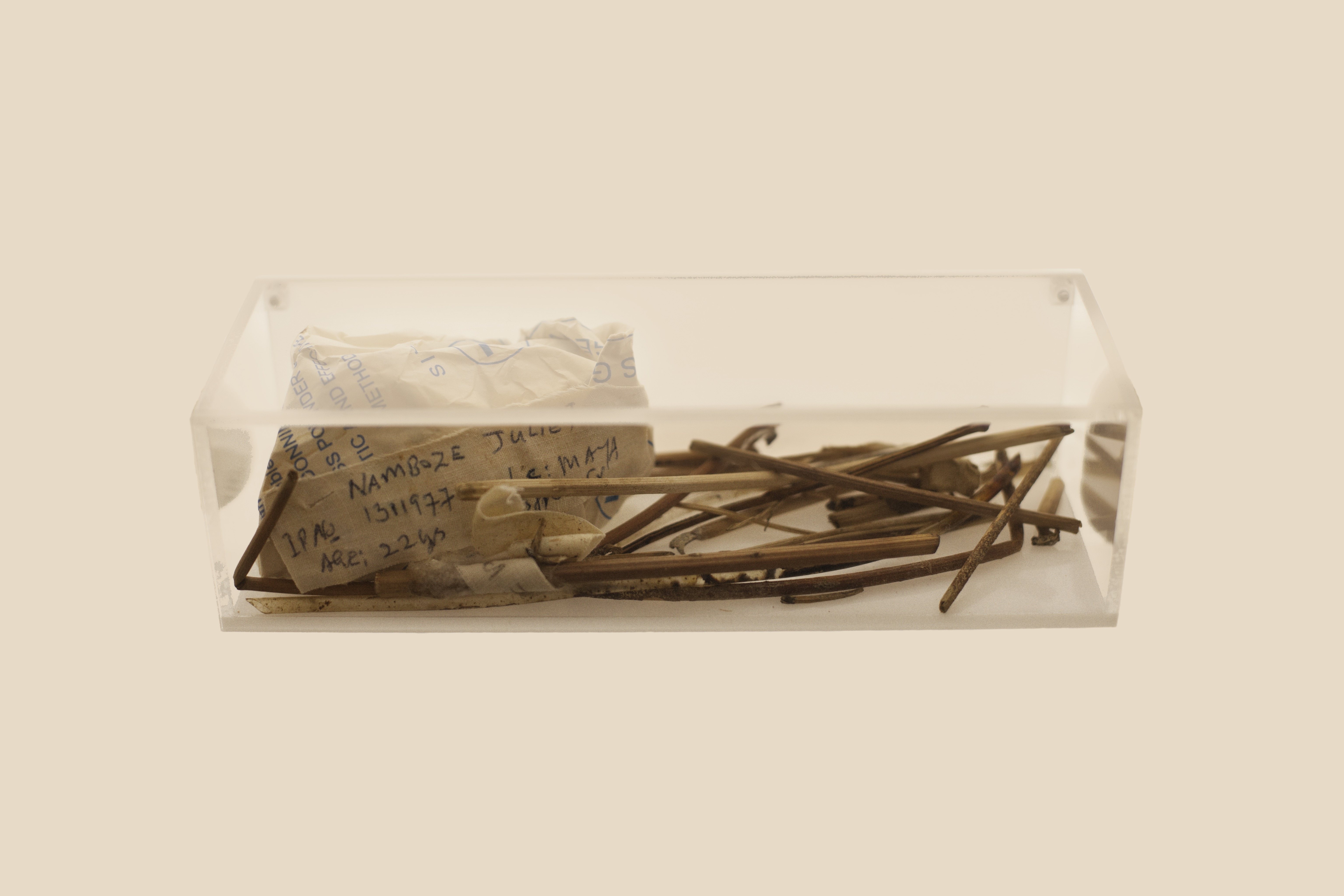 Artefacts used during an illegal abortion in Uganda, 2002.

Each project is a cathartic experience. I’m constantly working out of my comfort zone, which creates space for epiphanies and moments of true clarity. With my work on eating disorders, I became obsessed with the idea of empathy. I also struggled with bulimia for many years. I thought that if I created a connection with my characters I could create another connection between the story and the public, so their taboo would be broken. And that happened, fortunately, many times. After releasing my book The Epilogue – about Cammy, a girl who died from bulimia – I received an email from a woman that said: “I’m Cammy. I read your book and realised that I am her, that I could die at any second. Thank you for making this book.”

I used to question what drew me to these stories: why not something lighter? Not anymore. I realise now that my role is to go to dark, uncomfortable, stigmatised places and digest them: to add some light and bring them to the surface so that we can try to heal together. Don’t get me wrong: I’m not planning on saving the world. I just feel a call to these stories or topics that feels almost like a responsibility.

My project is “A” history of misogyny: it’s not intended to be definitive. I’m not a historian or a sociologist: that is not the purpose of my work, even if I wanted it to be. But I can get into places – into states of mind and stories – that are hidden and then somehow visualise them. We might know the facts but sometimes we need an image impregnated on our brain so that we can feel, and not forget.

Toxic substances commonly (and dangerously) used to terminate a pregnancy.

A scalding bath, associated with abortion and miscarriage for generations.

Linkedin
RELATED ARTICLES
OTHER ARTICLES
A group of aid workers face prison for helping to save people fleeing their homes at sea. If they are charged, it will have a chilling effect on humanitarian efforts.
Yohon Tatum, aka Legendary Father of the House of Tisci, reflects on nurturing a new generation of talent.
Photographer Sean Maung reflects on documenting a small town in Pennsylvania afflicted by high levels of unemployment, poverty, violence, crime, and addiction.
David 'Dee' Delgado’s photo project is about honouring and uplifting the city of his youth, and a world rapidly disappearing under the relentless onslaught of gentrification.
Activists and campaigners are fighting back against new laws that would seriously undermine the ability to take industrial action, calling it an attack on fundamental workers' rights.
Campaigners reflect on what the supreme court’s decision to allow buffer zones in NI means for the future of reproductive rights in the UK.