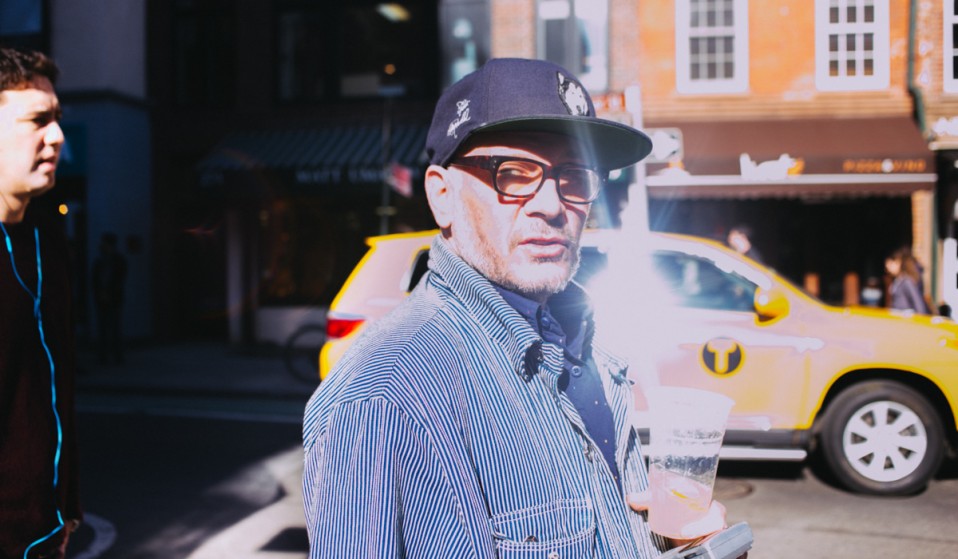 A walk-and-talk with photographer Ricky Powell, the New York City busboy who took over the downtown scene.

A walk-and-talk with photographer Ricky Powell, the New York City busboy who took over the downtown scene.

“Hello. Yeah, this is Ricky. I’m in the middle of a really important meeting. Can you call me back in fifteen minutes?”

Ricky Powell is one of New York’s most celebrated street photographers, best known for capturing East Coast hip hop’s golden era and becoming the unofficial ‘fourth Beastie Boy’. To kill time, I flick through his late ’80s archives – Run-DMC at the back of the tour bus with the Beasties, Andy Warhol and Keith Haring, LL Cool J and his troop in matching red jumpsuits, Cindy Crawford, Jean-Michel Basquiat – and watch a few clips from his iconic public access TV show, Rappin’ with the Rickster. Fifteen minutes have slipped by.

“Alright, talk to me. You got my undivided attention,” he answers in his thick NYC drawl. “I like what you asked me on your email. Lessons from… you know, creative things.”

So, looking back on your career, what’s the most important thing you’ve learned?

“Wow…. Wow….” He takes a long pause. “You know, it’s interesting that you ask me that because not to, like, pontificate but I am kind of commemorating, quote unquote, thirty years of pro photos on a hangout tip. So what that kind of means is like I was just taking pictures along the way, basically, with point-and-shoots. First for love and then for business.” 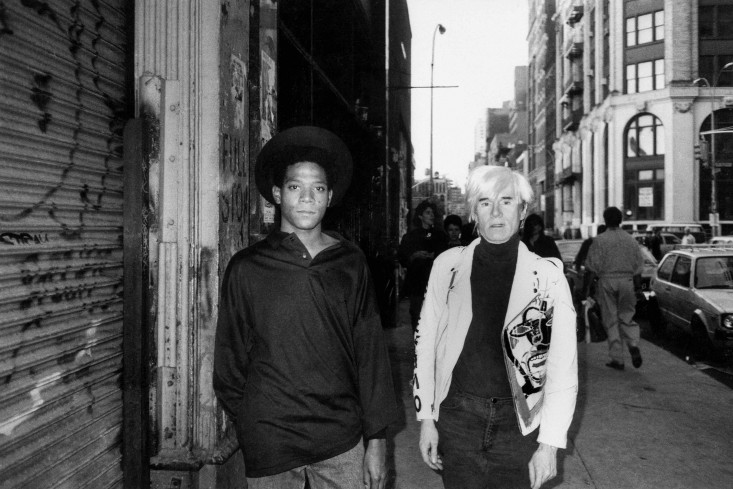 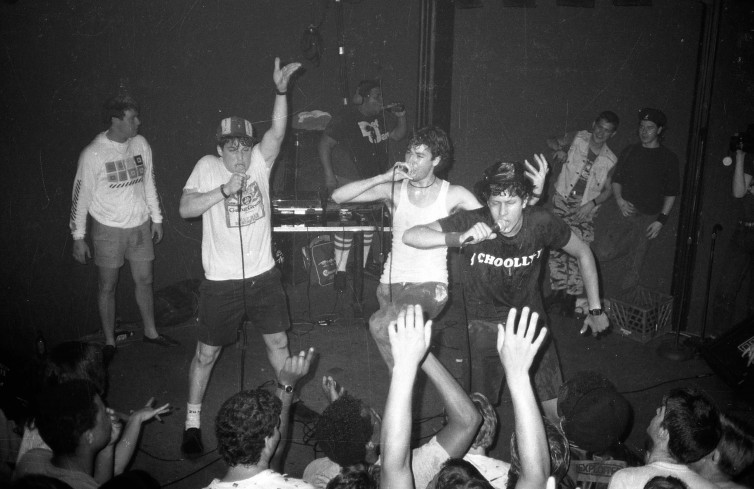 Ricky Powell’s meteoric rise from “freelance frozen lemonade salesman” is the stuff of legend. After a girlfriend played him “like a soggy cannoli”, he strapped her camera around his neck and went out to make a name for himself. In 1985, he ditched his frozade stand to join the Beastie Boys and Run-DMC on their Licence to Ill tour, and within months was hanging out and shooting portraits with everyone who was anyone in New York City: artists, rappers, graffiti writers, celebrities and party girls.

Between 1990-1996, he fronted Rappin’ with the Rickster, interviewing stars of NYC street culture, like skater Harold Hunter, music mogul Russell Simmons and actor Laurence Fishburne, and the show remains a priceless hip hop time capsule. Over the years he’s branched out into everything from writing and brand collaborations to a walking tour of his West Village. 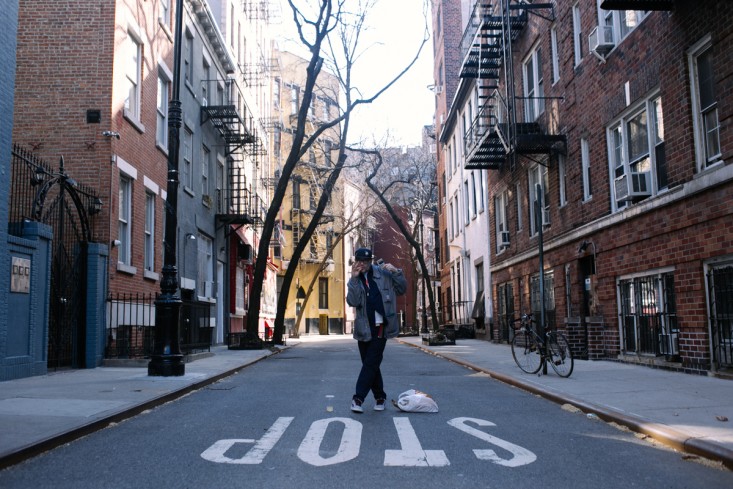 “I don’t even call myself a photographer, dude. I consider myself an individualist. So…” The phone drops from his face and I can’t make anything out. “Oh, did I just step in shit?! I just kicked something I thought was an acorn, it was a little dog doo-doo. I gotta wipe my foot in this puddle right here.” There’s another long pause and he’s back. “What’s my point here? I got distracted by that dog doo-doo. Oh my god!”

Later, he comes back with: “How’s that for an answer on the first question? It’s a wide-open question, dude. I could talk about it for a half hour.” Glad to have caught you in an introspective mood. “Nice, very well put. I like that. Yes! I’m in that frame of mind right now. I’m actually walking in a big public garden on Hudson Street, St Luke’s Gardens. It’s very tranquil so I’m in a good state of mind. I’m doing a walk-and-talk with Tono, my teammate at the Rickford Institute [their new clothing brand]. He has revamped me in certain ways. We just had a ridiculous meeting.” 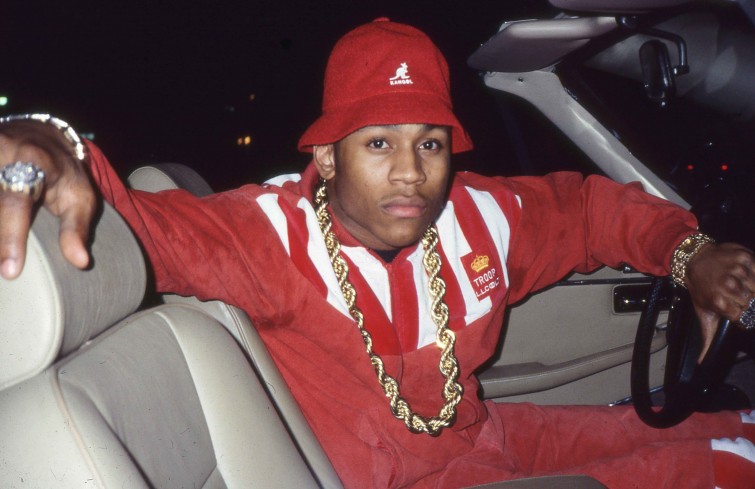 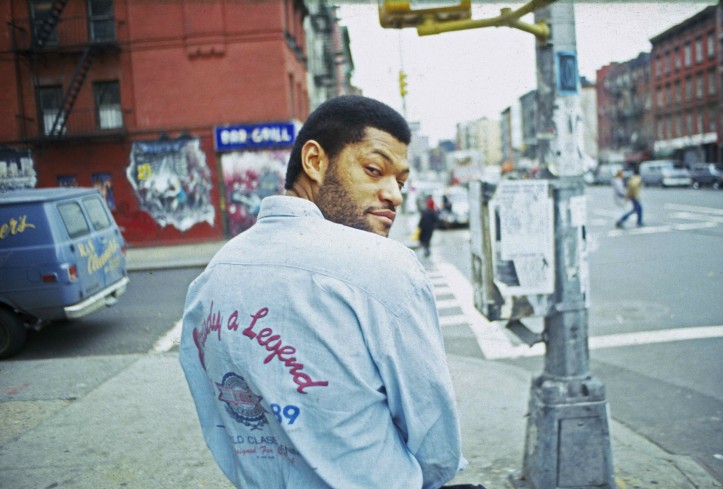 I try to throw in my next question.“Say that again? I can’t hear what you’re saying, you’re kind of slurring. Articulate real good because the connection is bad.”

How have you moved beyond setbacks? “Beyond what?” Setbacks. “Oh, setbacks. Besides them, beyond that…” The phone drifts away and his voice becomes distant. “Tono take a picture of me like this, right here.” A pause. “We’re just walking around, you understand. I want him to get this pivotal shot of me while I’m doing a phoner. Sorry, go ahead.”

Before we’re done, Ricky will get distracted by a cute husky, shout reminders to Tono, take more pictures, speak with passersby, and go on what sounds like a coffee run. He even cuts me off mid-sentence to tell Tono: “Hold up, hold up, this guy is asking me good questions dude. [To me] Hey, I like where you’re coming from man. I like this interview, just letting you know.” 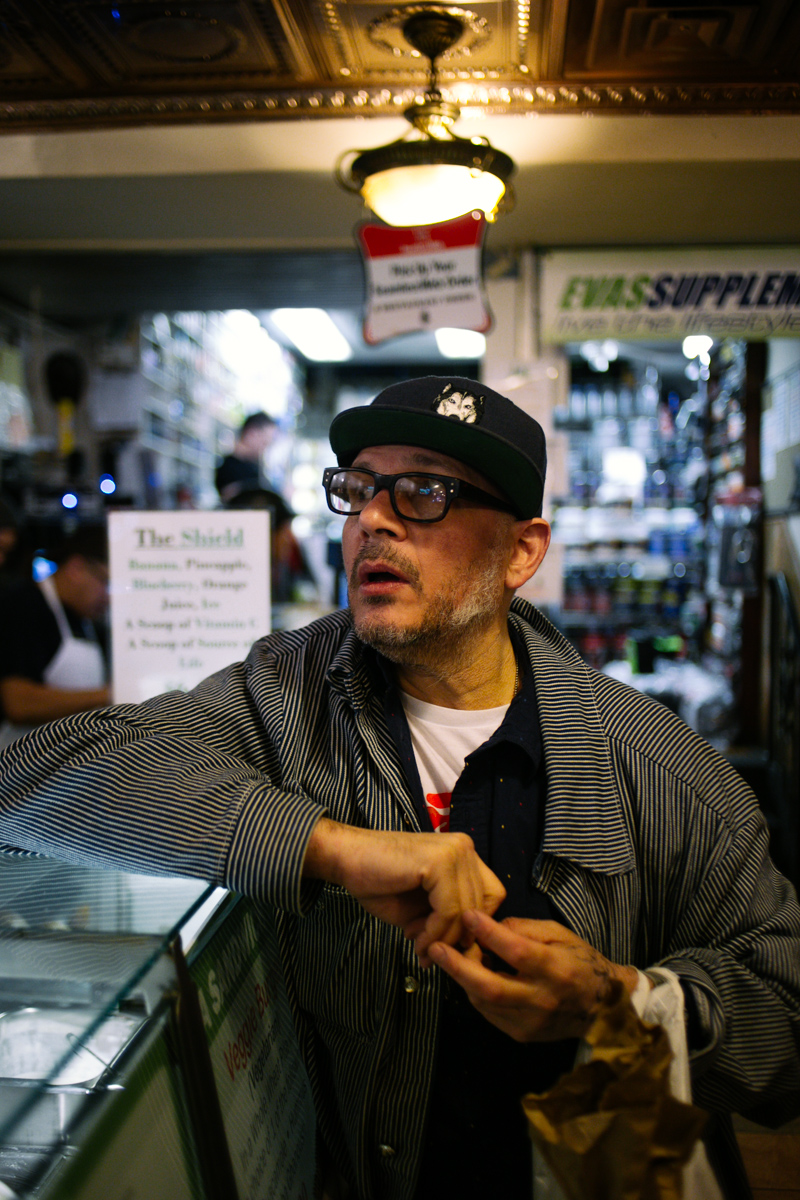 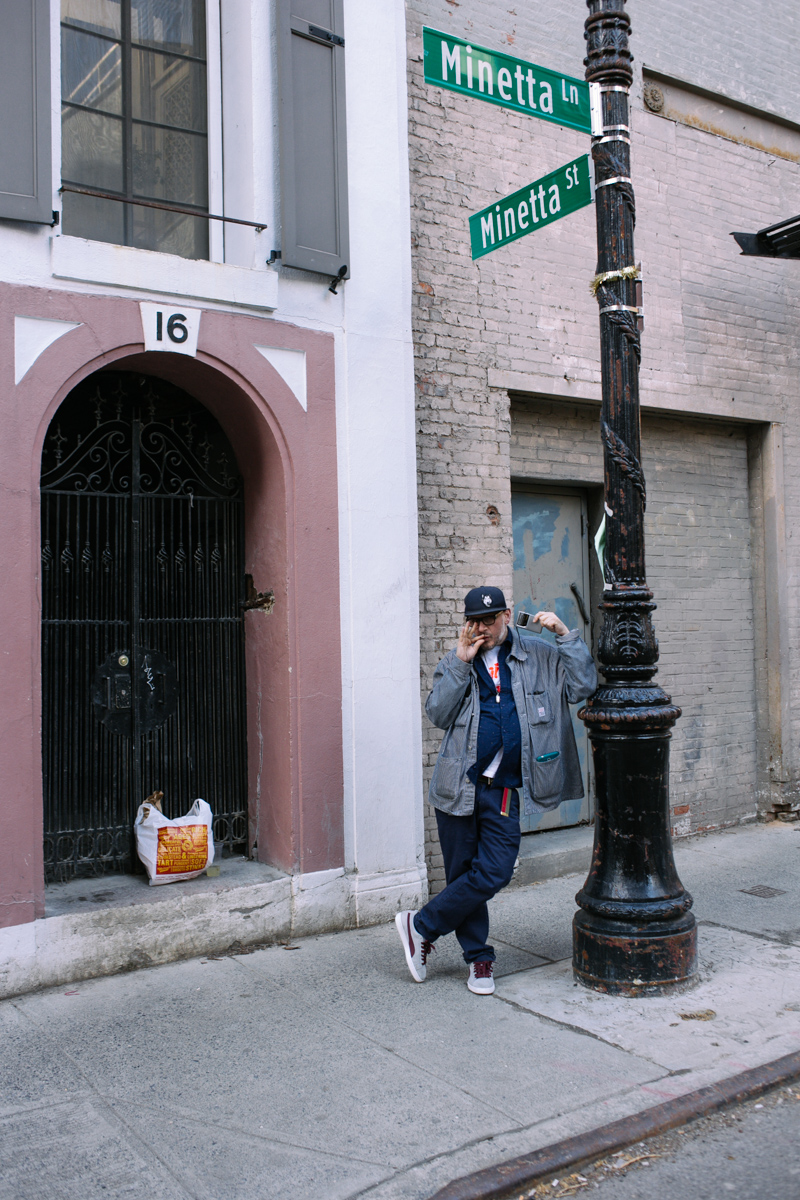 It can be a struggle to keep him on task, but when he’s there it’s golden. “There’s an interesting dynamic in photography,” he says philosophically. “It’s not as prevalent with writers or whatever, but a nobody can take a picture of a famous person. Spring of ’85, I consider my Warhol/Basquiat shot my jump-off. Right away I went from a Joe Schmuck to the Rickster: downtown in a wink. Just like a fucking doofus could take a picture of somebody and they put their name on the credit and they become famous, loosely speaking, or they get known.”

Now fifty-three, Ricky’s an expert on the zero-to-hero trajectory. He shot Andy Warhol after passing him on the street  while cycling round the city as a bike messenger, and snapped Cindy Crawford in the ladies loos of Club MK while picking up bottles and glasses as a busboy. So, what’s his advice for young people today who want to be creative, but are stuck in dead-end jobs? “I’d tell them listen: you should, like, write,” he explains. “Create your own universe, dude. You don’t want to work for fucking horrible, arrogant fucking people for peanuts, come on! Start writing, or you know what, start taking pictures. A camera opens mad doors for you. Photography opened mad doors for me.”

Hey, Ricky. I’ve got to go man. “Oh, whaaat!” he whines. “Maaaaaaan! Alright. It was a pleasure. What’s the name of your company? Who am I doing this for? What’s going on?” It’s Huck. Huck magazine. “Oh yeah. We wanna do a show in London. Make it happen. I’ll pass you to Tono.” And he’s gone.

Linkedin
RELATED ARTICLES
OTHER ARTICLES
Birdy Chu reflects on documenting the historic moment in which the territory was formally passed back from the UK to China.
Sean Maung’s photos are a love letter to the Black and brown communities that make up New York.
With skyrocketing rents, packed out viewings, bidding wars and more, renting in London has never been harder.
In his 2008 series, the photographer pictured himself as Angela Davis, Martin Luther King Jr., Malcolm X, and other prominent figures.
Photographer David Corio’s archive offers a glimpse inside a revolutionary era of music and nightlife.
Ahead of the release of their first collaborative album, the producer and rapper talk psychedelics and the state of UK hip hop.