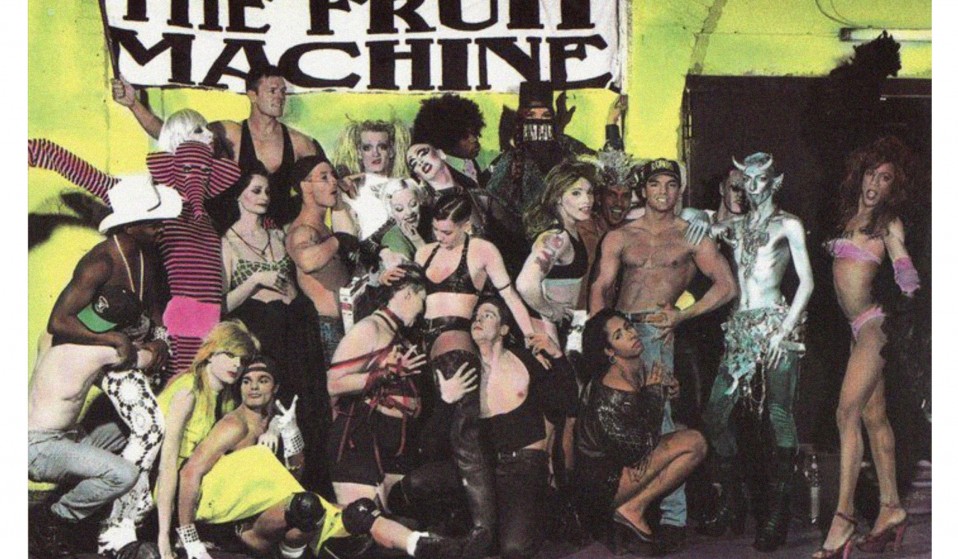 With Pride celebrations underway, Joseph Alloway and Josh Enright from London's Dalston Superstore curate a new exhibition remembering half a century of queer partying, protest and performance in the capital.

With Pride celebrations underway, Joseph Alloway and Josh Enright from London's Dalston Superstore curate a new exhibition remembering half a century of queer partying, protest and performance in the capital.

It’s just a few days before London’s LGBT Pride celebrations come to their glittery crescendo in the form of the capital’s infamous parade, and I’m sat outside Dalston Superstore – one of the city’s most beloved LGBT venues in the heart of East London.

“Do you want the diplomatic answer or the real answer?” asks Joseph Alloway laughing, picking at a bowl of sweet potato fries sitting on the table between us in the early evening sun. “The reason I took a job here is that I needed the cash,” he continues. “I was certainly a regular at the venue, and I think I asked, very incoherently, whether there were any jobs available on a particularly messy night out. I guess it wasn’t your average CV hand-in, but at least I made an impression.”

Joseph has been working here for a year now, his colleague, Josh Enright, for two. The pair are working flat-out to prepare for the opening of their exhibition, Queer Space, which will open right here in the bar we’re sat outside of, a project that set out to document, share and explore queer culture over the last century. From archive images to clippings from the press, the guys have collated over 130 exhibits. 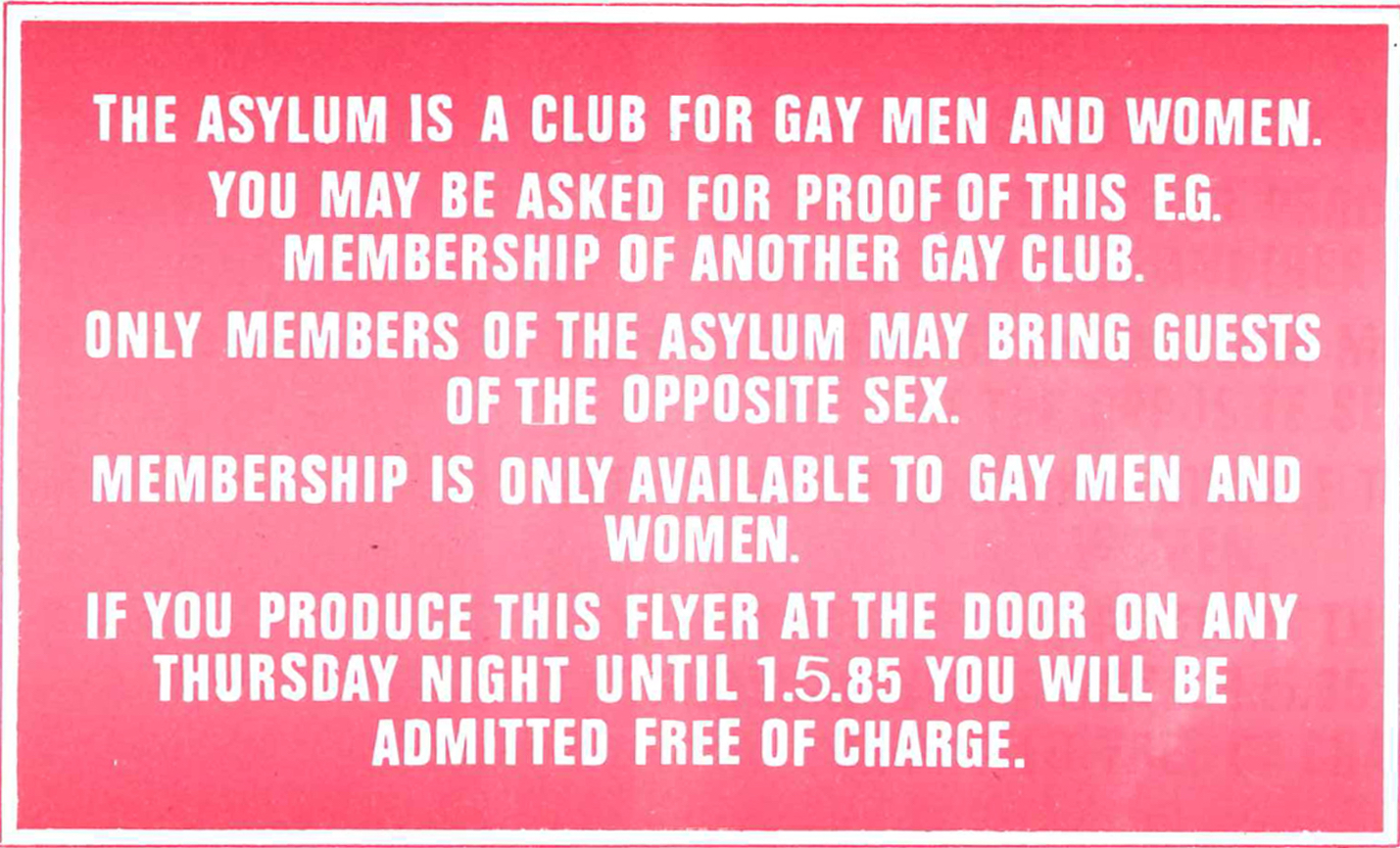 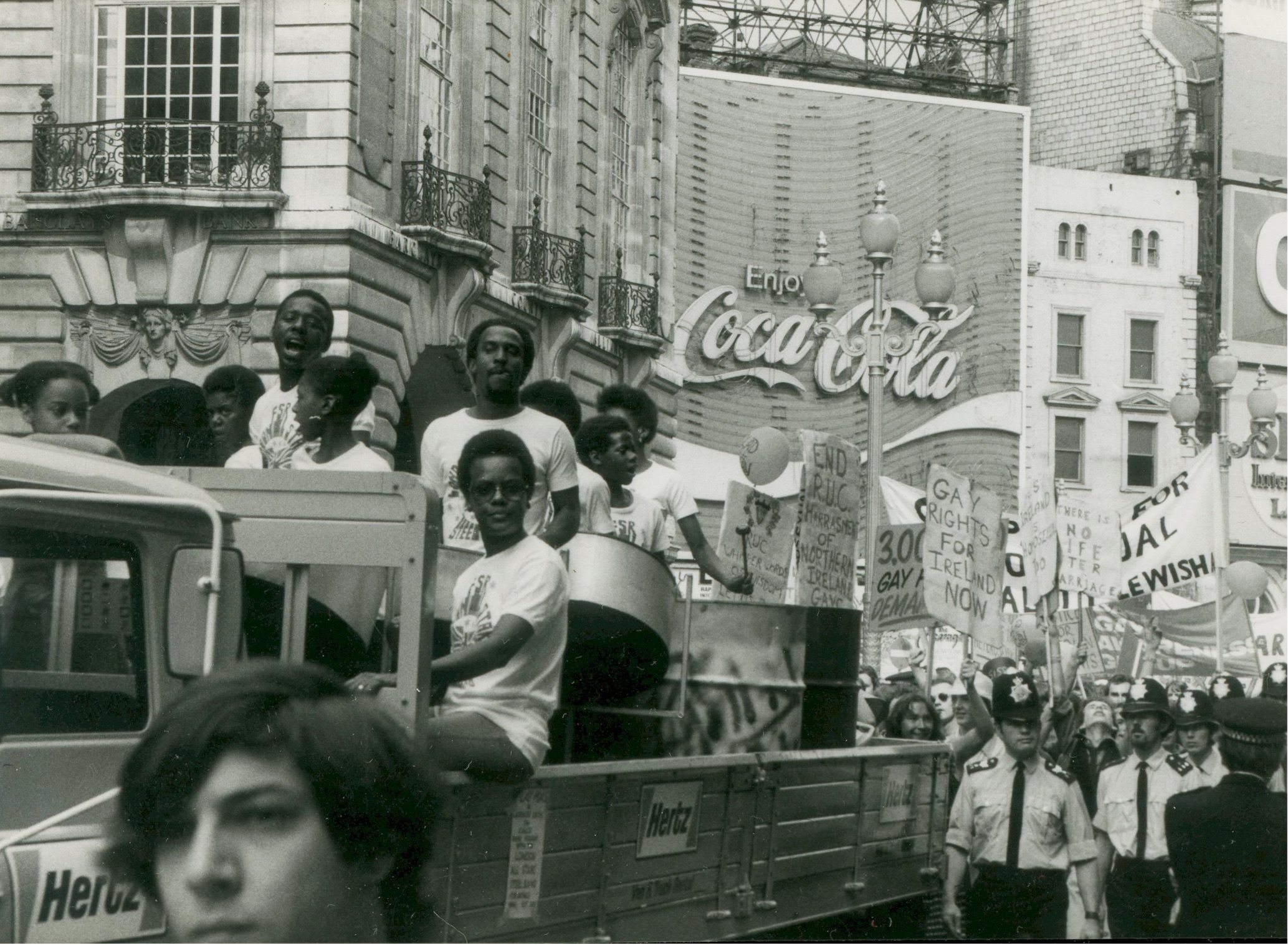 Joseph might have been focussing on issues of gender, sexuality and queerness throughout his degree, but it was only through working at LGBT venues that he saw firsthand just how significant these spaces are to a community still so often pushed to the margins. “From working here you have a tangible experience in seeing how important spaces and venues are in a material way,” he explains. “You see how this venue and other queer venues have an impact on people’s lives, and offer something that not everyone can just get hold of both now and throughout history.”

This year marks 50 years since legislation was passed in the UK Parliament to partially decriminalise homosexuality, and it’s this anniversary that has acted as a catalyst for the co-curators to look to the past. “One of the main motivations for putting this on was to shift the lens of our history,” explains Josh.

“The given history doesn’t focus on our community but on our CIS, white wealthy martyrs. The likes of Oscar Wilde, Virgina Woolf and Alan Turing are seen as LGBTQ+ icons, but their lives are not in anyway representative of the diversity of the queer experience in the past or the present. Their lives fit into how a wider audience wants to view us; tragic, doomed and in need of saving.”

“We’re also expected to focus on how heterosexual people have let us have things,” adds Joseph. “On how good they are for passing this legislation, how liberal these MPs are to have passed laws that gave us rights.”

Joseph and Josh wanted to place queer people of the past front and centre of LGBT history, and their exhibition, they hope, will demonstrate that. The exhibition started life as an investigation into London’s queer nightlife – fitting considering the venue in which it would be shown – but quickly it became about a lot more. “Going through the process of creating this exhibition has been more about problematising and questioning what a queer space is, as well as showing nightlife,” Joseph says, “and of course that includes the extravagant, the exciting, the drag queens and the go-go dancers.” 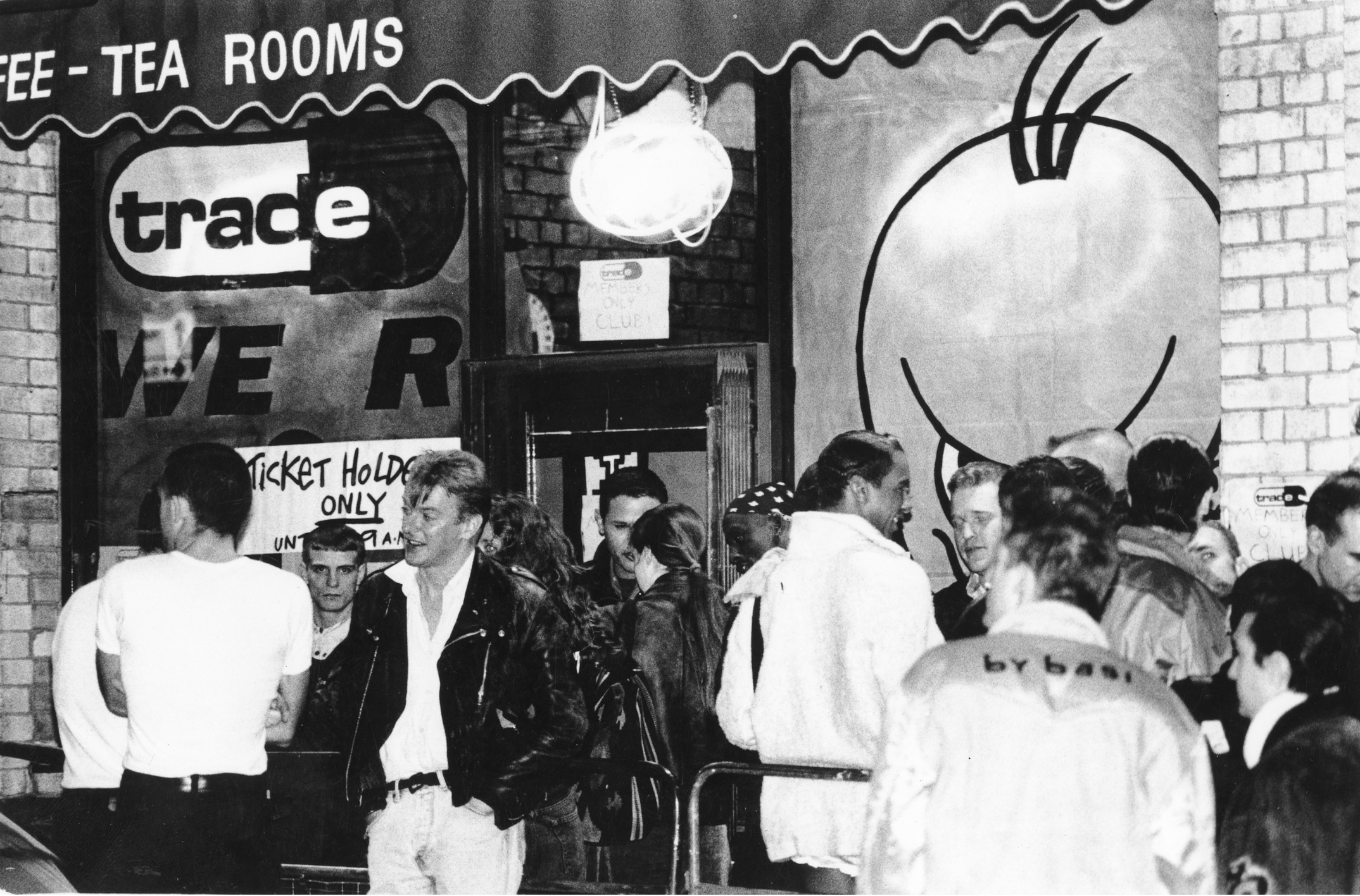 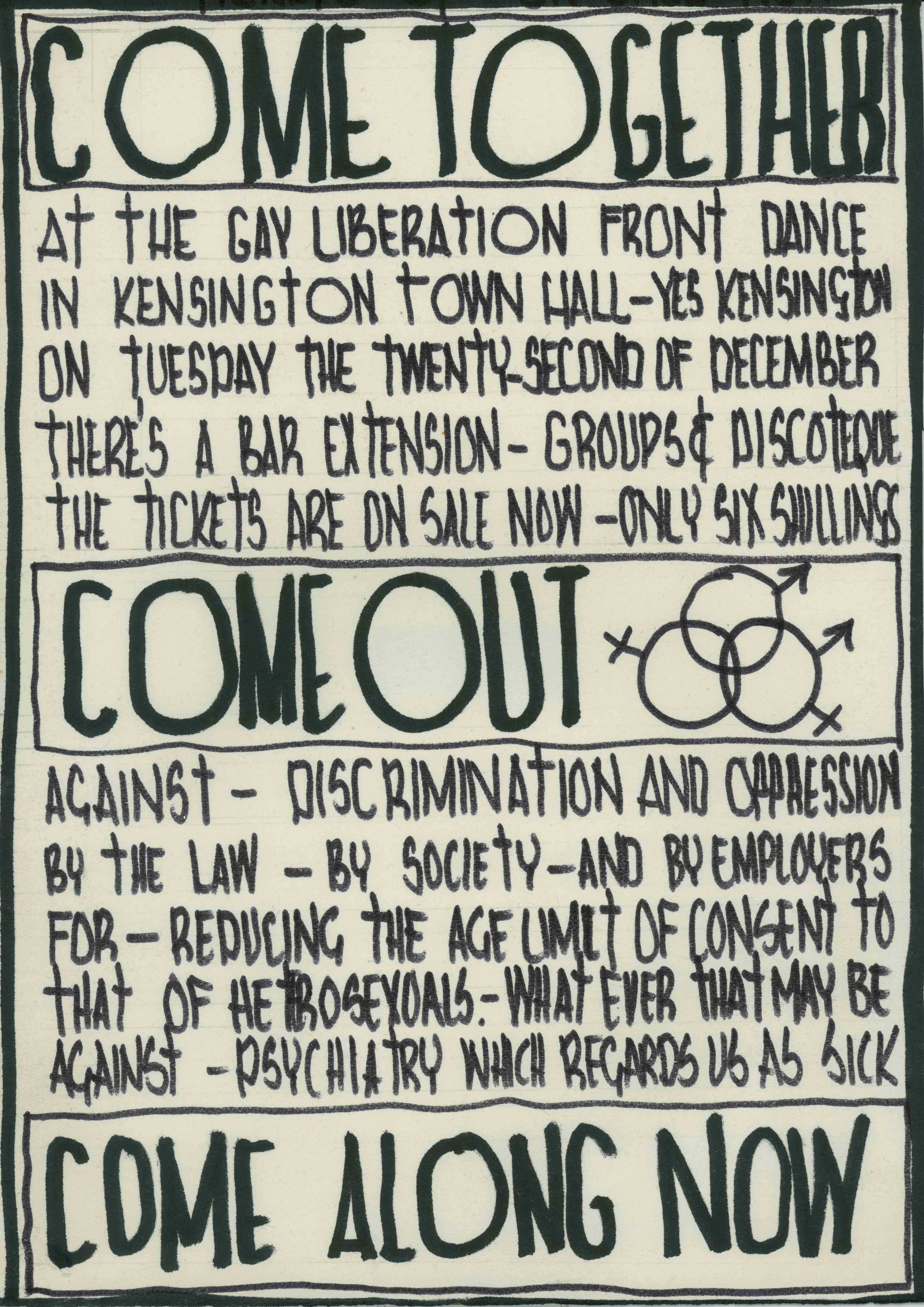 “But we also ended up exploring the original Pride protests, when they were protests,” Josh chimes in, “and we’ve included images of community centres, of helplines, of communes in Brixton, even of the home as a place of queer protest.”

In reality the exhibition goes far beyond documenting nightlife, it’s more a celebration of the way queer people have socialised, organised and come together unashamedly in the capital. And never has this felt so important: queer venues are shutting, Pride itself feels like nothing more than a corporate-backed piss up, while the seemingly homophobic DUP are striking deals in the corridors of Westminster and on the other side of the Atlantic the rights of LGBT people are being rolled back. Taking stock of the past and looking to the future is vital.

While the partial decriminalisation of homosexuality in 1967 saw an explosion of visible LGBT people in public life, Joseph and Josh are clear that queer nightlife prior to the law change wasn’t quite as veiled in secrecy as those of us born a generation later might expect.

The exhibition documents events like The Chelsea Arts Ball and Lady Malcolm’s Servant Ball, extravagant events sometimes held at the Royal Albert Hall that – while not LGBT specific – were places of gender and sexual expression and experimentation. The Gateways Club on the Kings Road catered for queer women even if it wasn’t advertised as such, and as in many clubs and bars at a certain point on certain evenings it was accepted by queer and straight clientele alike that some part or other of the LGBT community for a time would take over. 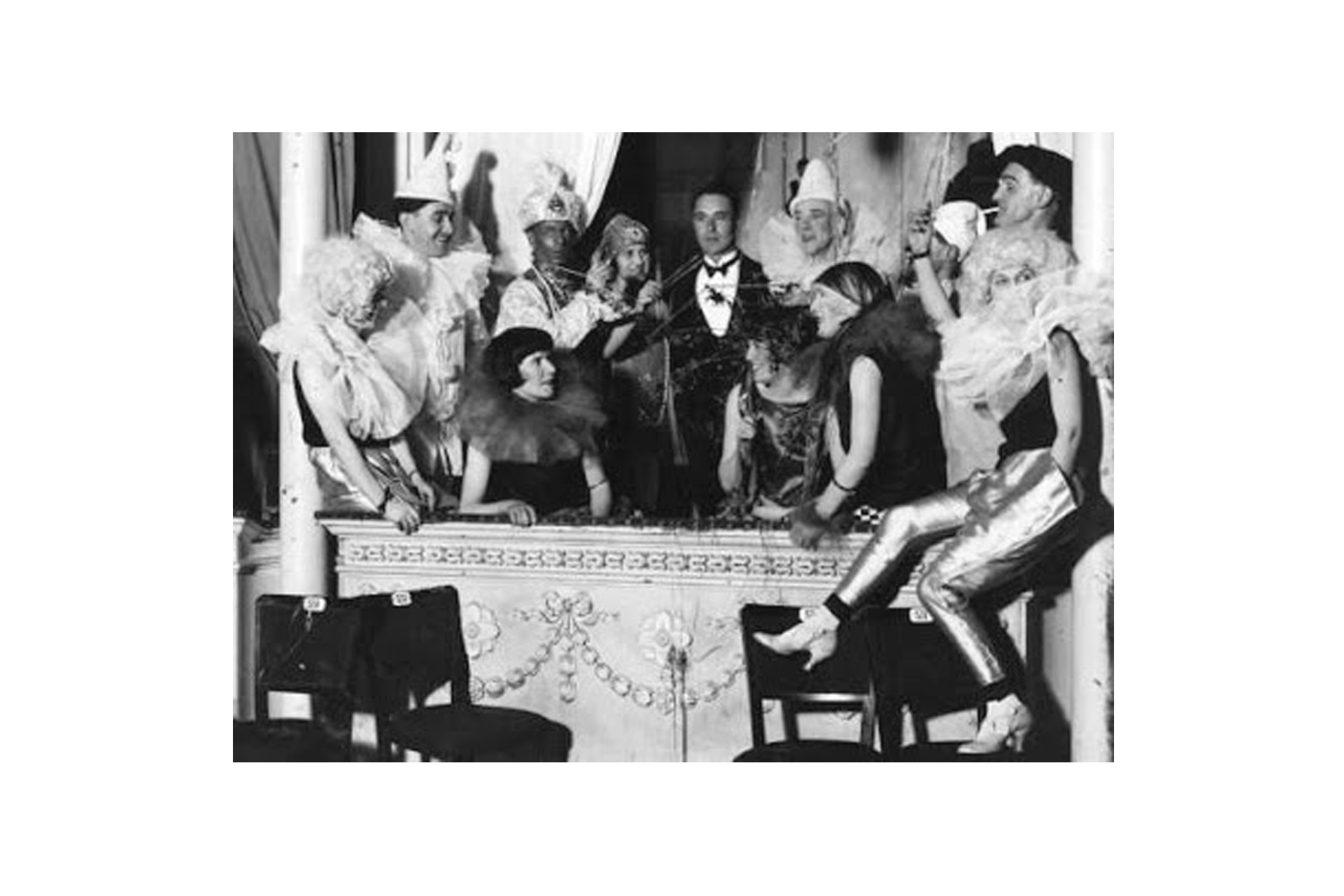 “Obviously there were specific LGBT venues, that were hidden,” Joseph explains, “but it was different, by no means as strict as people think. After decriminalisation you see an explosion of LGBT visibility but also of activism, of protest and of LGBT people taking to the streets in ways they never had before.”

With the arrival of club culture in the 90s came spaces tailored for groups under the LGBT banner: spaces for gay men, for lesbian women, for those from different ethnic and cultural backgrounds too. This came at the same time as a boom in consumer-led gay venues: Heaven, Fire, Bang and Kinky Gerlinky.

As Joseph and Josh talk through the chronology it’s apparent that this sense of commercial and corporate takeover is a trend they’ve traced through to today, and while Dalston Superstore might continue to place community at the heart of its operation, across the capital it’s not quite the same.

“A few things are happening right now at the same time to reduce the queerness of spaces,” Josh tells me. “You have the commercialisation and acceptance of gay people, just look at Ru Paul’s Drag Race – it’s the gentrification of an integral aspect of queer life, gender non-conformity” 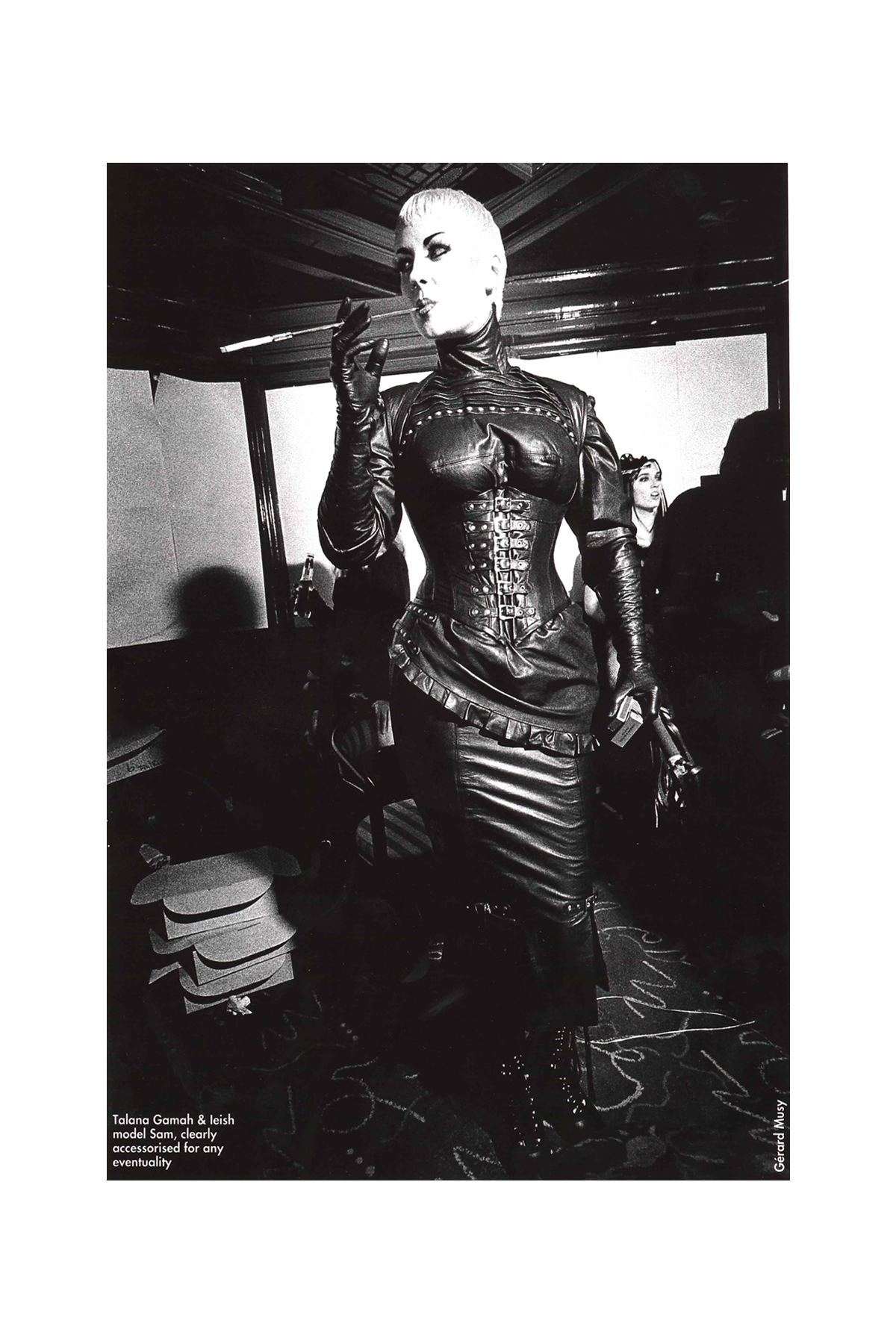 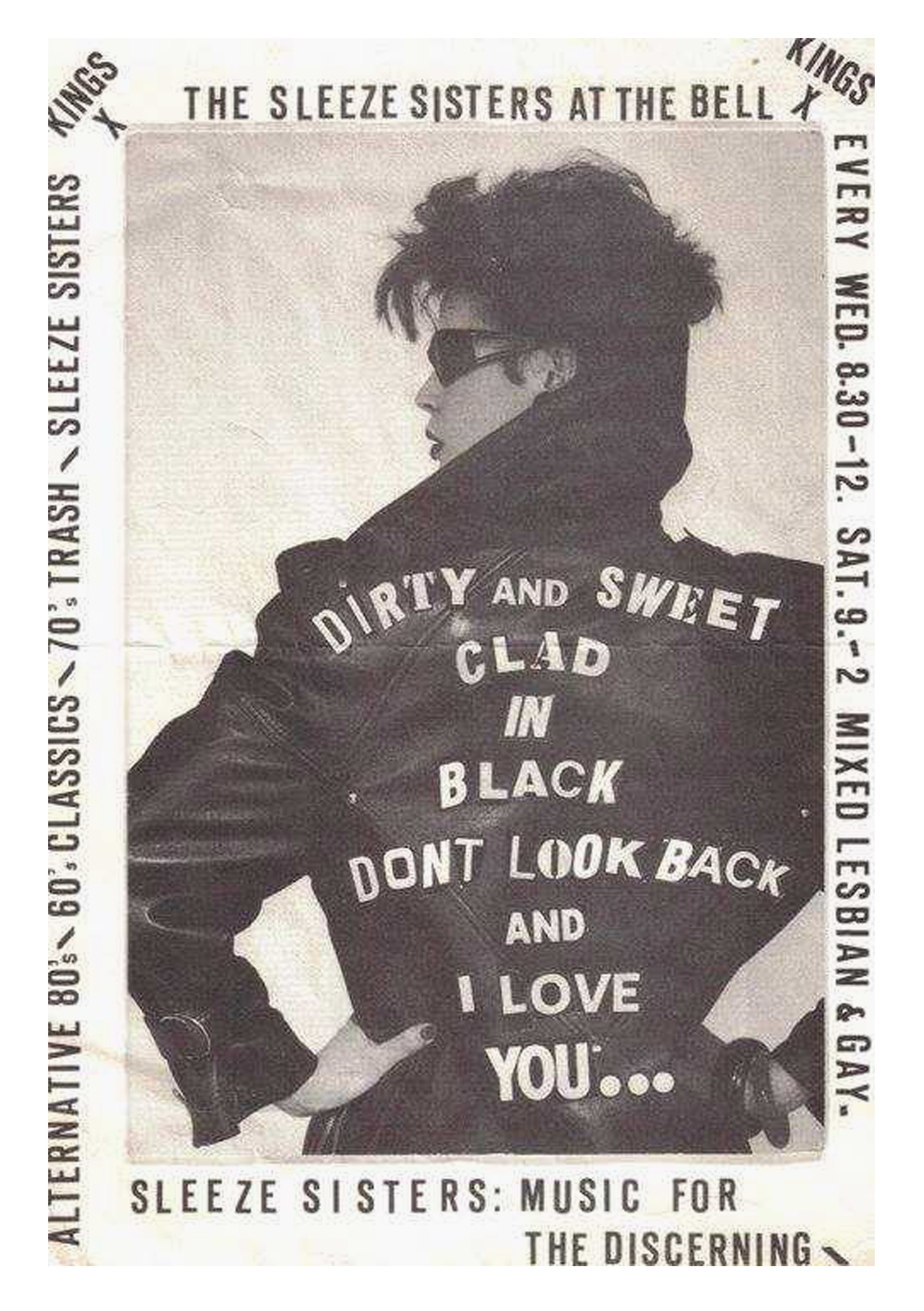 “Drag is becoming something with a strict box,” Joseph continues. “Everyone loves a fucking drag queen right now: but commercialised and consumer-led drag.”

They speak of same-sex marriage and LGBT rights, of how going to a gay bar is now nothing more to many heterosexual people than a token gesture, a place to suck up another culture while failing to show staff, punters or a rich cultural heritage any respect. Prices rise with demand, and soon these spaces become out of reach to those who need them most – both LGBT people and particular groups within the acronym: trans people, people of colour, disabled people, migrants and women.

“Ultimately there has been a very politically prominent conversation being had about the loss of LGBT spaces and venues and pubs,” suggests Joseph, “both their physical closure and their transformation into spaces that non-queer people so regularly frequent.”

“We are seeing through gentrification that LGBT are losing their place within the city and our place in general, inducing places where we feel we can go. This exhibition is a chance for LGBT to look back at how we have taken up space throughout modern history, and to ask what spaces we might take up next.”

“We wanted to start some form of platform so those stories that have been hidden from history, we able to be unveiled. The exhibition will be organic in nature, not fixed. We would like for LGBTQ+ individuals to send images of those spaces that were of personal significance to them and to have different stories being told throughout its run, ensuring a diverse and expansive representation of the queer past.”

Linkedin
RELATED ARTICLES
OTHER ARTICLES
A new law change is enabling Britain’s donor-conceived children to know the truth about their origins – but campaigners say the fertility industry must do more to protect people.
The action took place in response to the 200 asylum-seeking children who were placed in hotels run by the Home Office who have gone missing.
After blocking the Scottish government’s gender recognition reform bill, Westminster is now devising further changes to the law to make it harder for trans people to self-identify.
Social prescribing connects people with non-medical support to improve their health and wellbeing – but some experts worry it’s just a stick plaster solution.
AI companies that develop image-generators using copyrighted artwork from the internet are coming under fire from artists who say that it amounts to theft.
Following the release of his debut single, Deyaz talks battling addiction, dealing with his struggles through music, and building a budding music career from his living room.