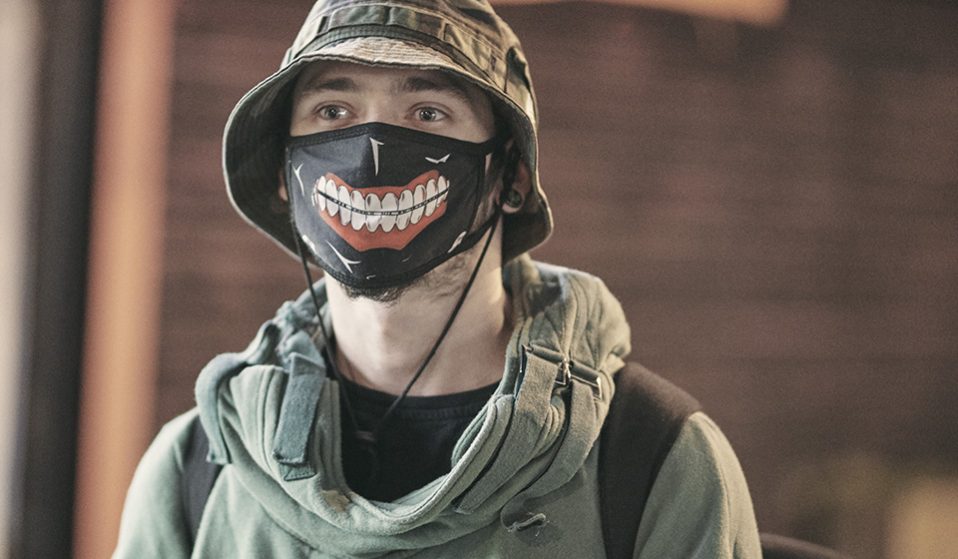 Spencer Murphy’s ongoing series sees him venturing out to capture scenes that encapsulate the unfamiliarity of the present.

Spencer Murphy’s ongoing series sees him venturing out to capture scenes that hint at the cultural shifts we are currently witnessing, encapsulating the unfamiliarity of the present.

A few days before the UK entered lockdown, London-based photographer Spencer Murphy took the car across town to pick up some shopping. Halfway through his journey, Louis Armstrong’s ‘What A Wonderful World’ started playing on the radio.

“At that moment,” he remembers, “I found myself passing by three people wearing protective masks and gloves: a mother and child waiting at a bus stop, and a teenager on a bike performing a pedal wheelie as he rode by in the other direction. It was one of the most surreal and cinematic experiences of my life. I knew then that I had to try and document this.”

Since then, Murphy has been busy working on Strange Days, a project that sees him documenting the various facets of lockdown in the capital. While, at the beginning, he would look to shoot every other day, he has since settled on a schedule of venturing out every few days, hunting for scenes that encapsulate the unfamiliarity of the situation. “I’m looking less now for the people and paraphernalia that define the pandemic and more for nuanced imagery that hints at the cultural shifts we are witnessing.” 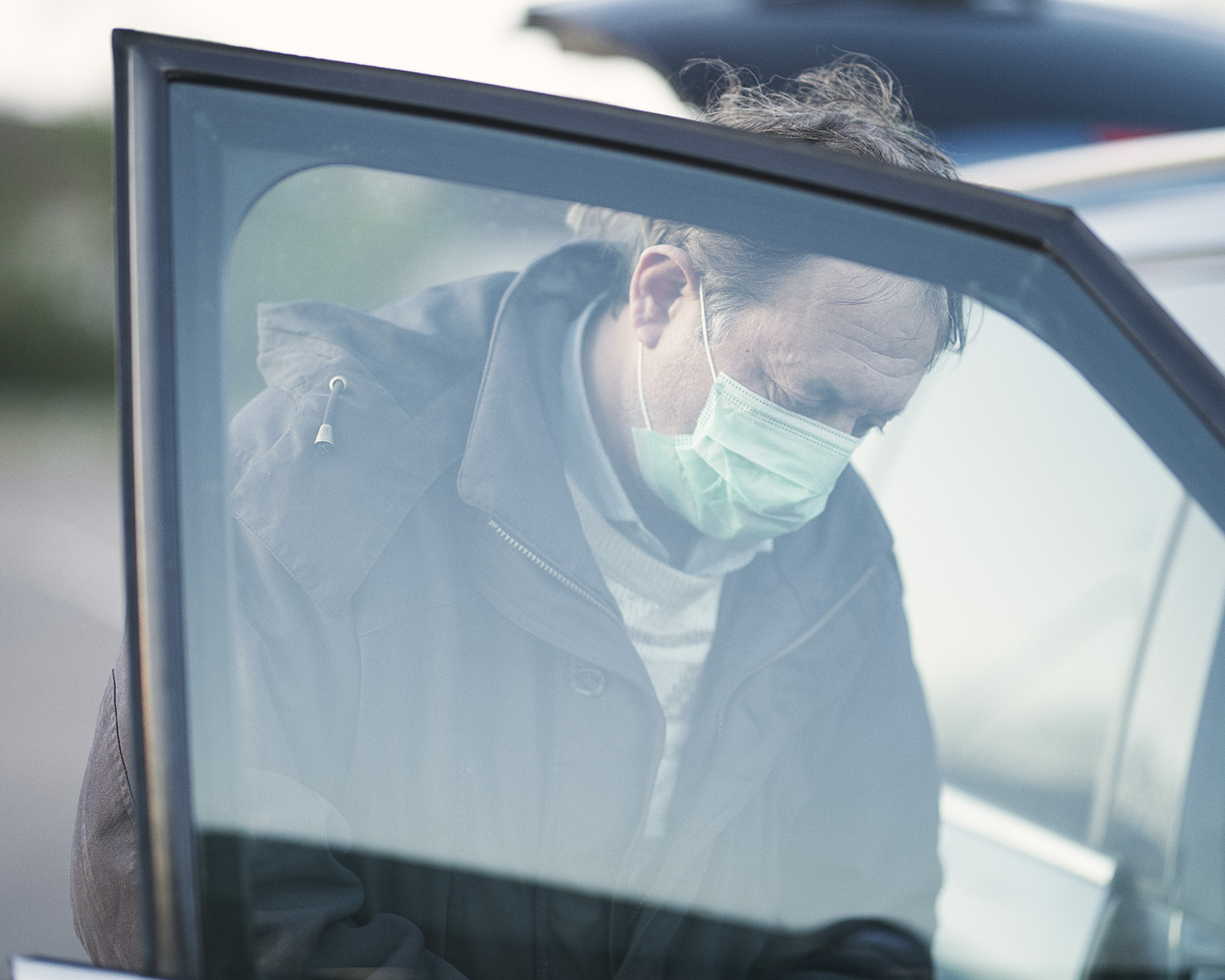 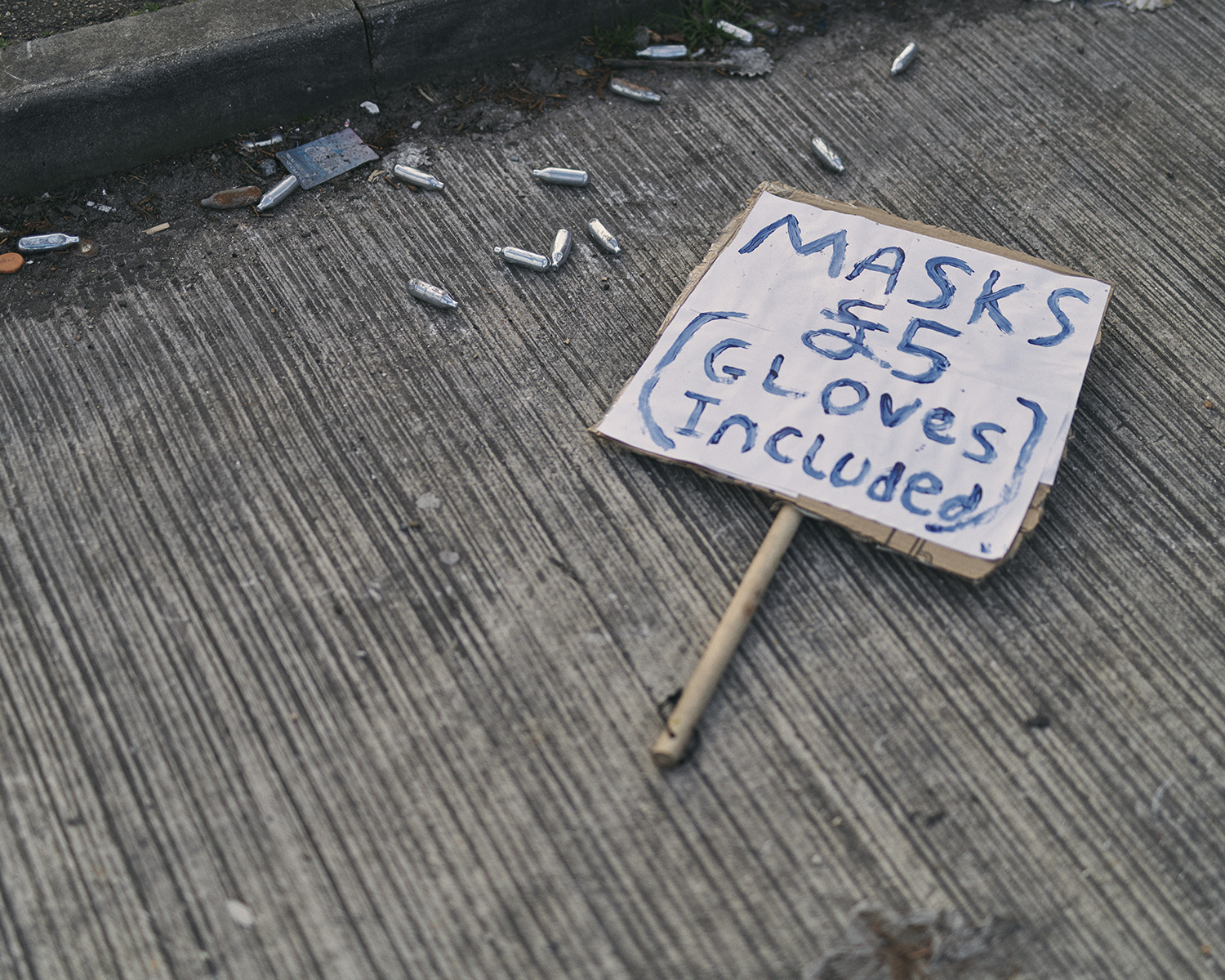 The project stars a cast of expressionless figures (out for supplies, or their daily dose of mandated exercise), amplifying the strangeness that its title suggests about life in London currently. Elsewhere, the quieter moments that he’s been seeking to photograph more recently – graffitied slogans, discarded items, handwritten rallying cries – help shine a light on how some of those people might be feeling behind the confines of their protective mask.

“Generally people are trying to stay positive and it shows on the streets, people smile and say hello a lot more now. Perhaps that’s just a way of acknowledging that we’re respecting one another’s space, but it definitely feels like there is more of a community spirit – that people are escaping their blinkered nine-to-five existences and becoming more aware of the world and the people around them.”

While the situation that he’s photographing is, of course, an unprecedented one, Strange Days serves as something of a continuation for Murphy. As a photographer, much of his work is occupied with the world outside his window.

In 2018, he covered the wildfires that swept the globe, but did so focusing on the UK specifically. Elsewhere, his Urban Dirt Bikers series was born when he stumbled upon the titular characters after moving to a new neighbourhood. “I love travelling and responding to that and obviously there are generally more extremes in America and the East,” he says. “But my work has often been about what I’m seeing here and how that relates – both locally and globally.” 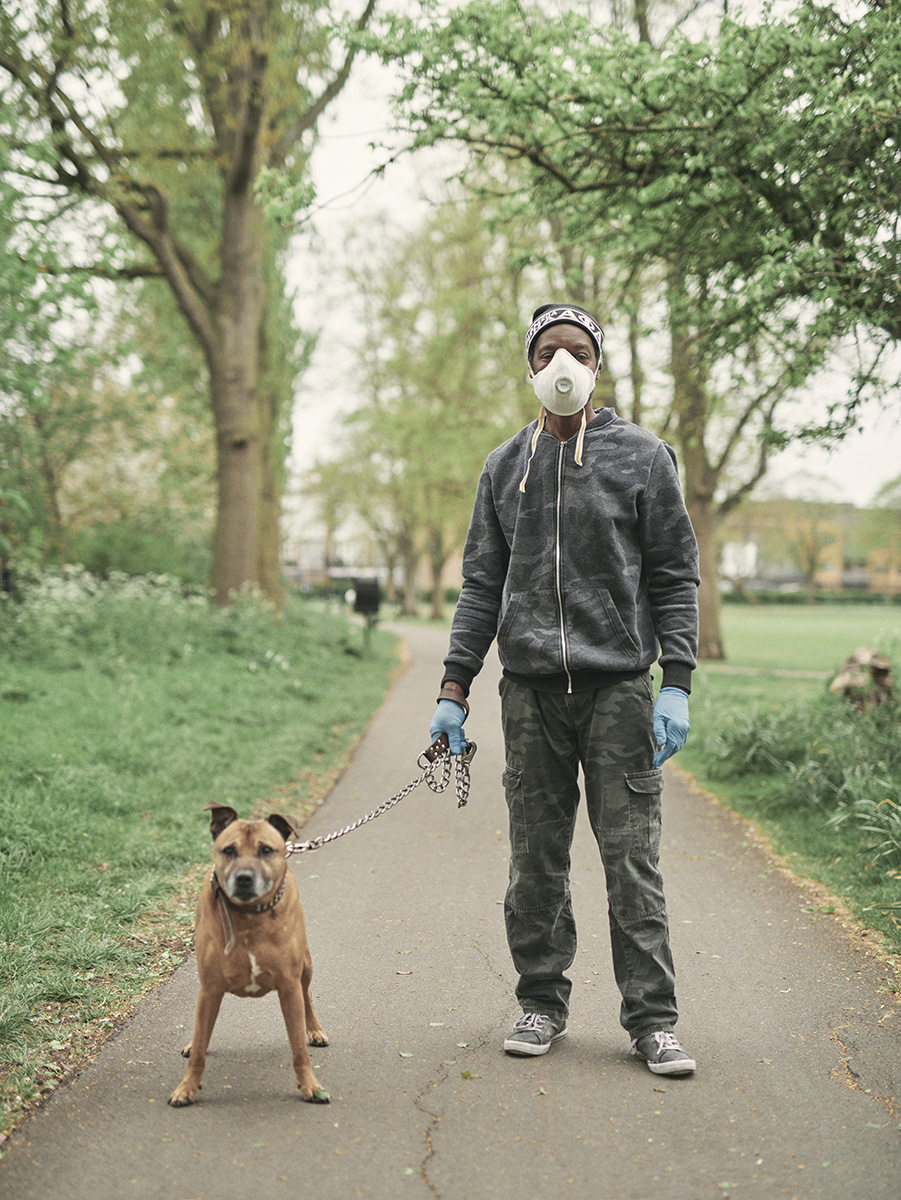 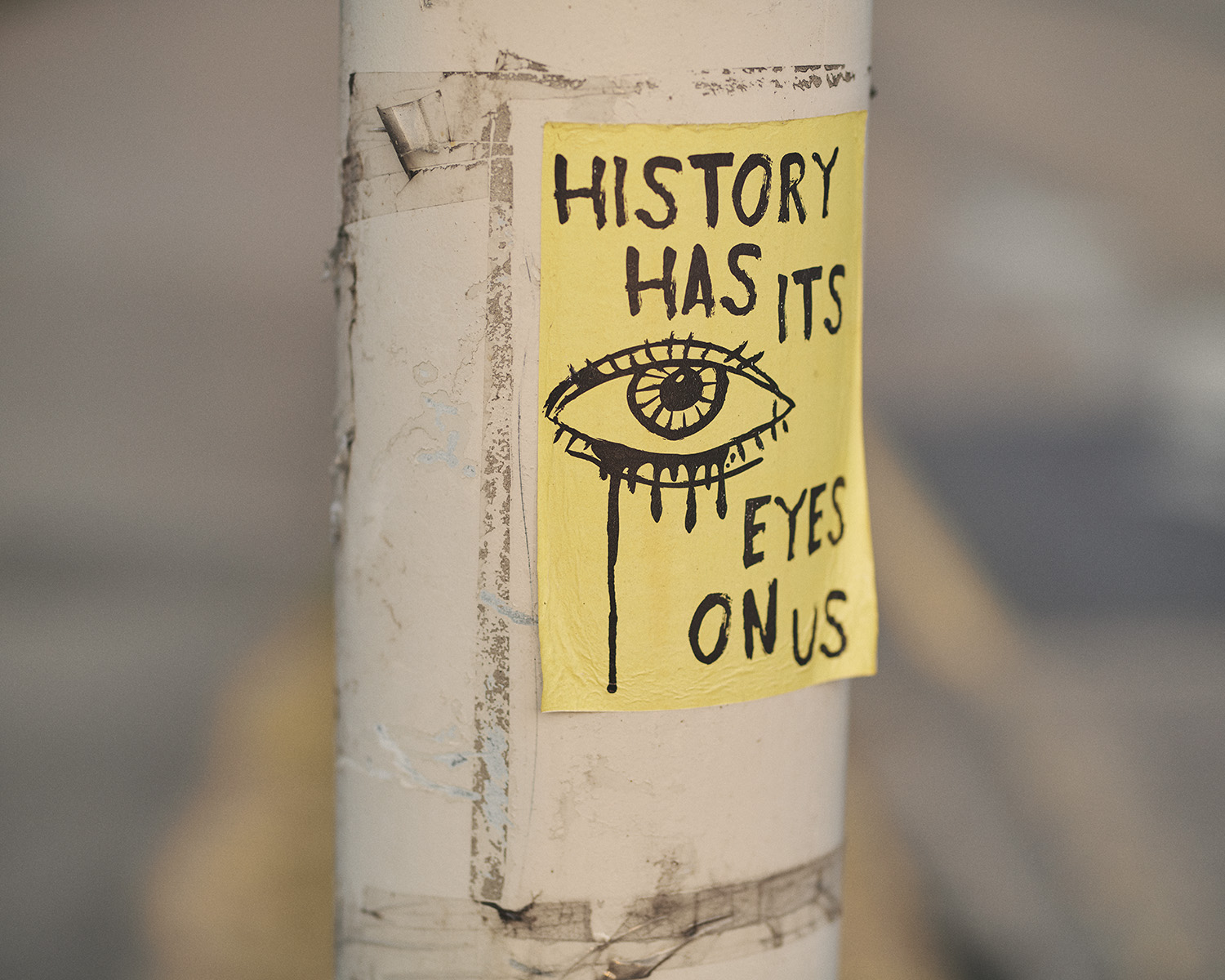 While shooting Strange Days has no doubt been a sobering period, the solidarity that Murphy has witnessed on the streets gives him some cause for optimism moving forward. When things begin to resemble normal again, he’s adamant that it can’t be a return to ‘business as usual’.

“I hope this shift away from capitalist ideology and our relentless abuse of the environment will cause us to reassess how we go about our lives moving forward. We’ve seen how easily the institutions we work so hard to preserve can crumble when something like this occurs. I also look at the situation with the NHS volunteer scheme here; where people in their thousands volunteered to help the NHS in a short period of time, I think that’s a good example of what a basic income could mean to us.”

“Rather than providing a reason to be bone idle, it would provide a reason to be more giving of our time, more caring, more compassionate, more creative and more present,” he continues. “I think we underestimate ourselves as a society because we’ve never known anything different. I hope we can now see that change is possible, and I hope we continue to acknowledge that the people who work in our hospitals, drive our ambulances, deliver our post, scan our shopping, care for our elderly and clean up after us are to be more greatly valued.” 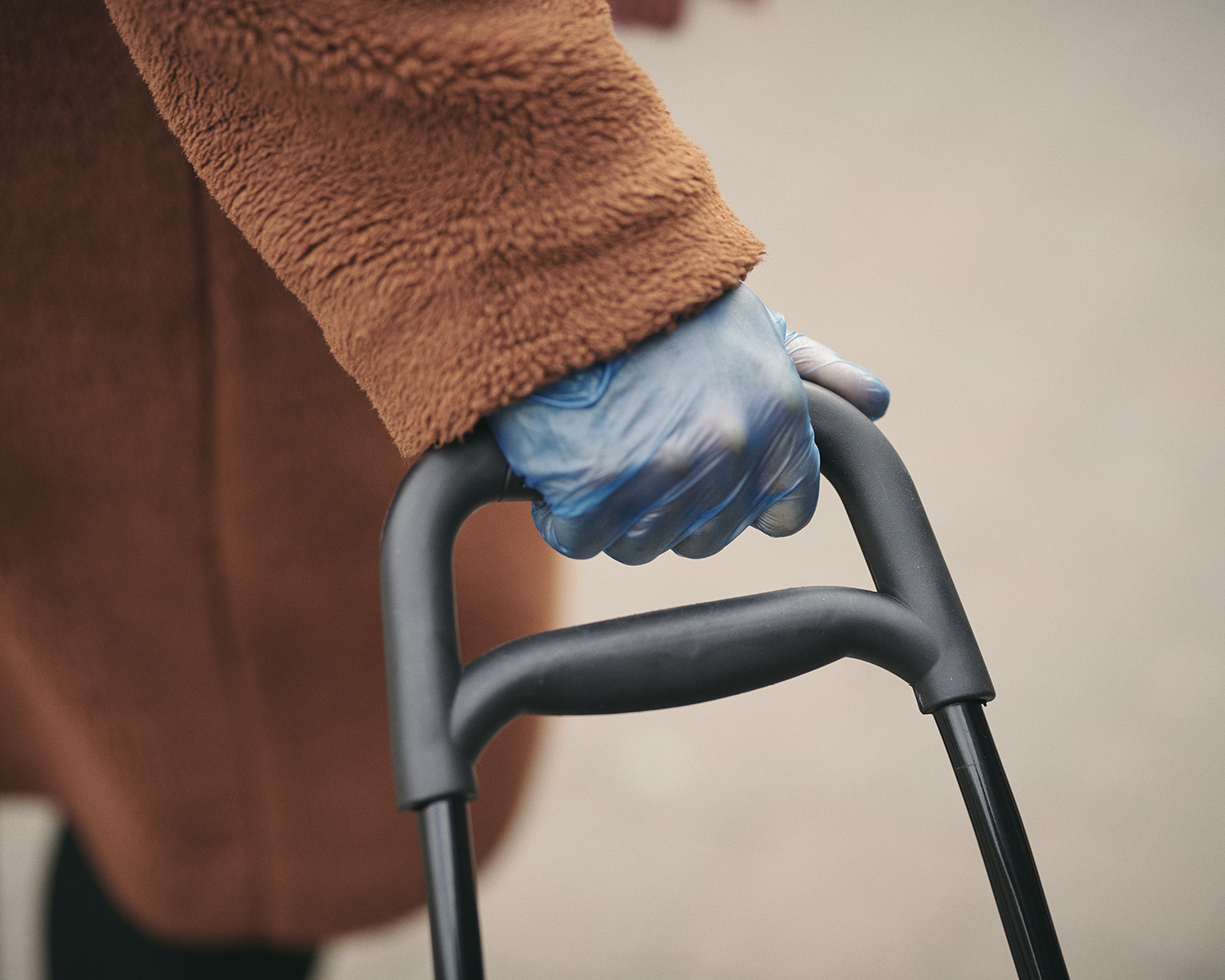 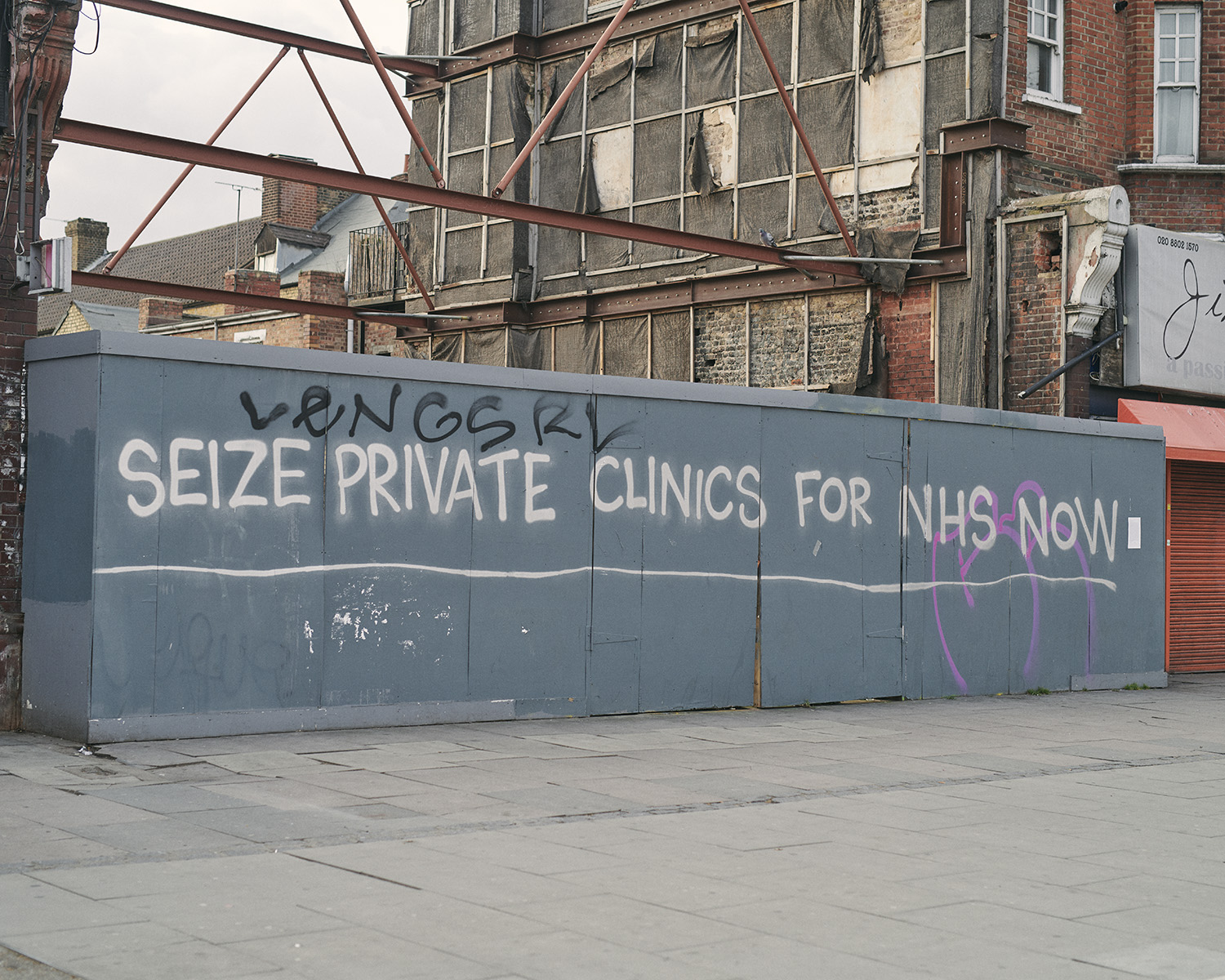 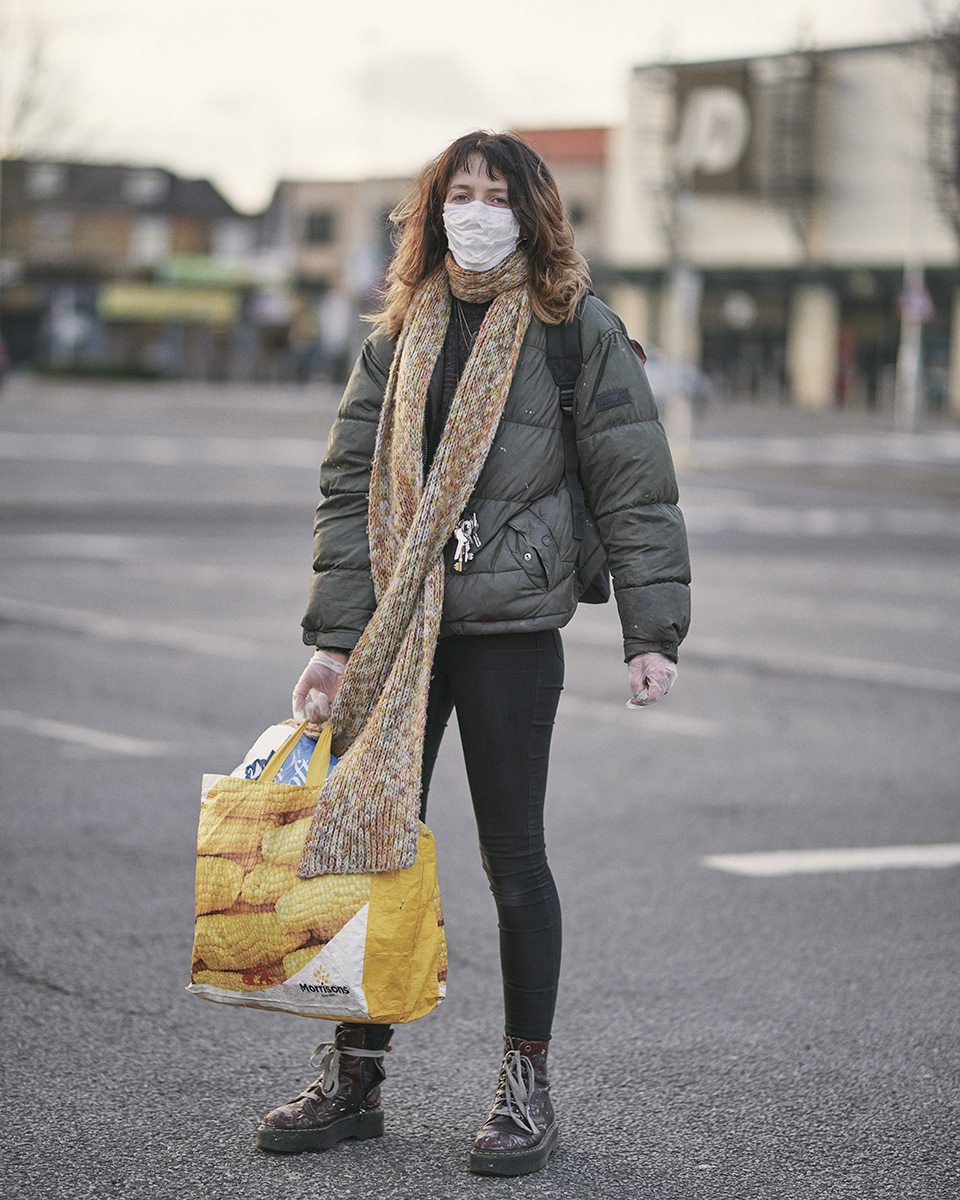 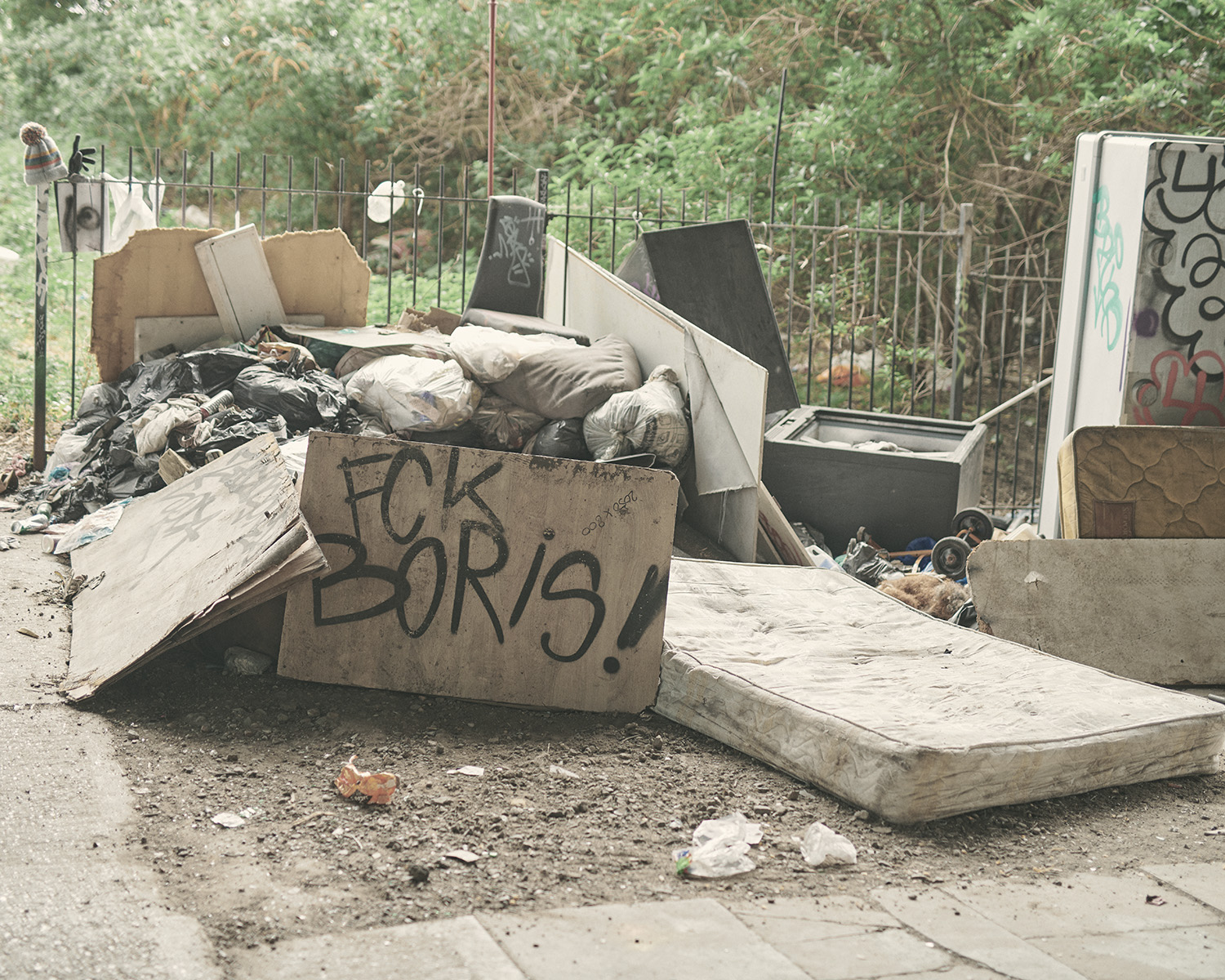 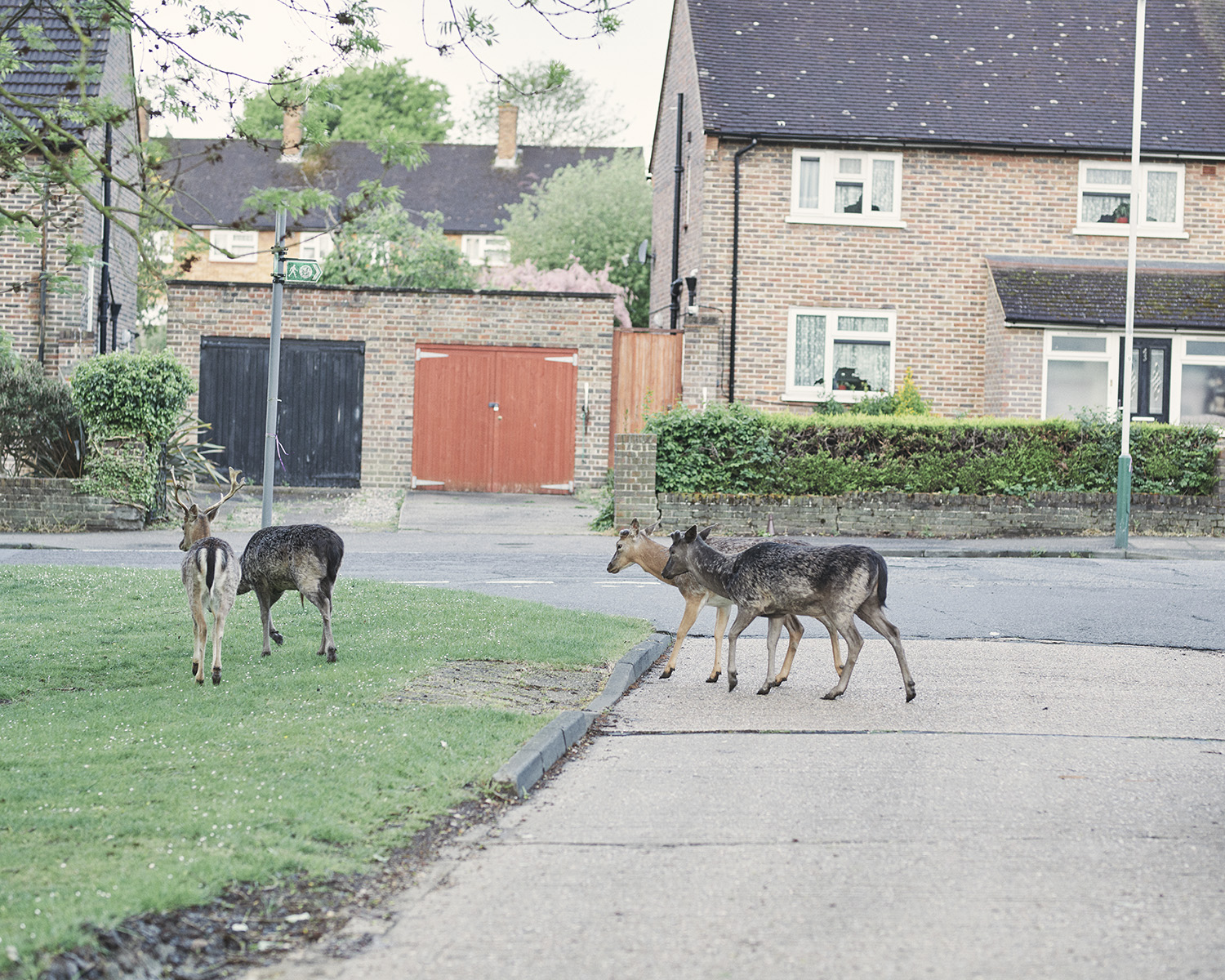 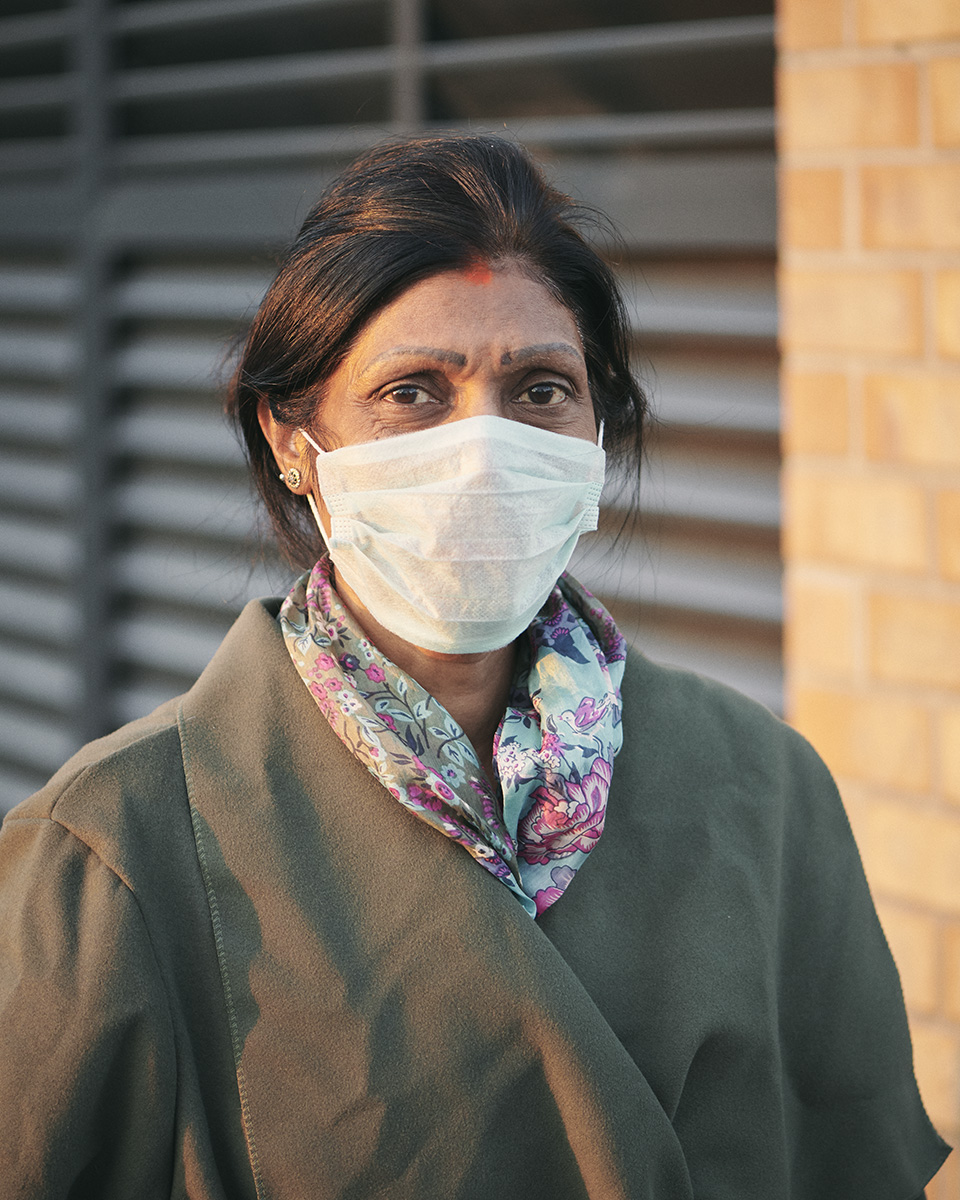 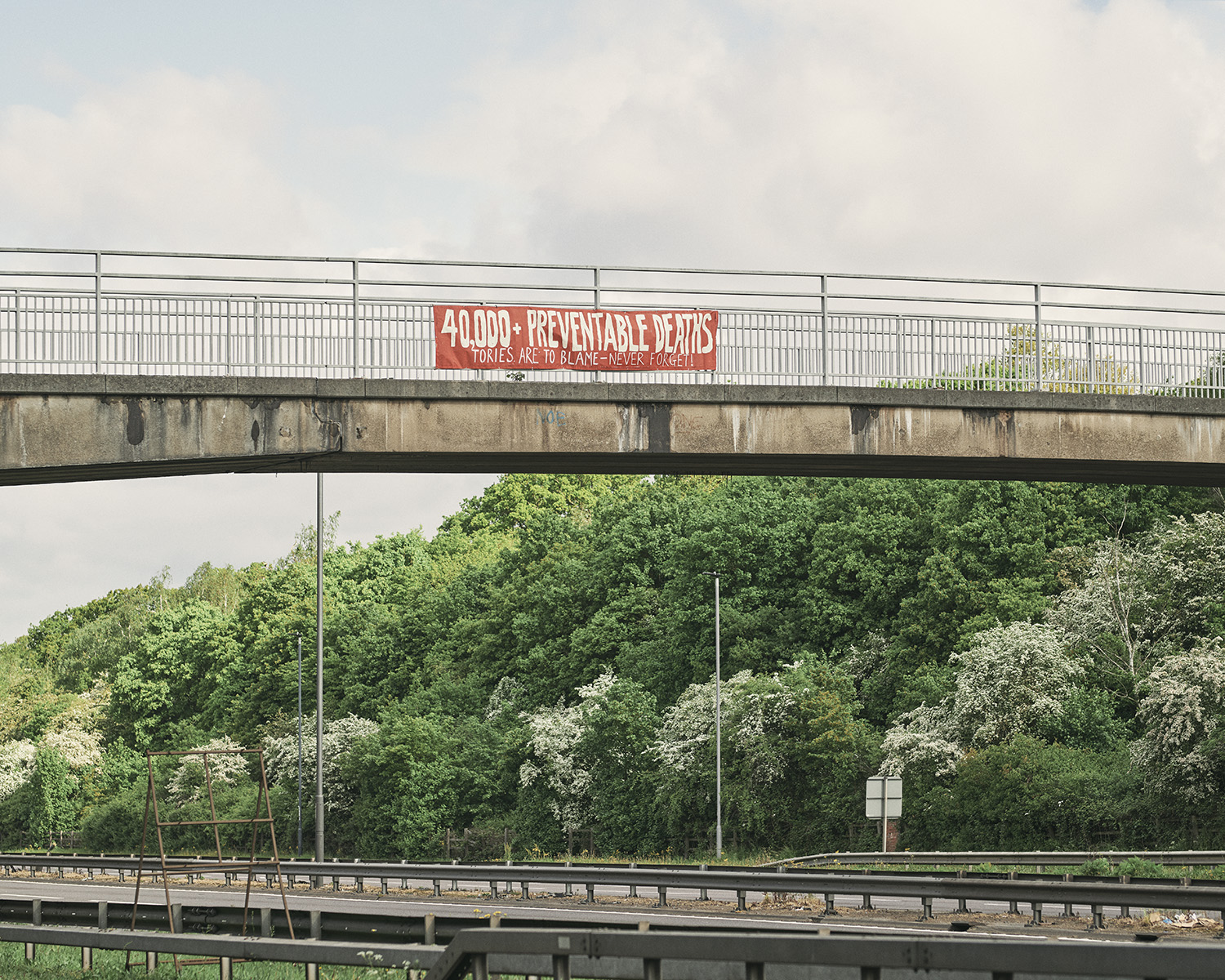 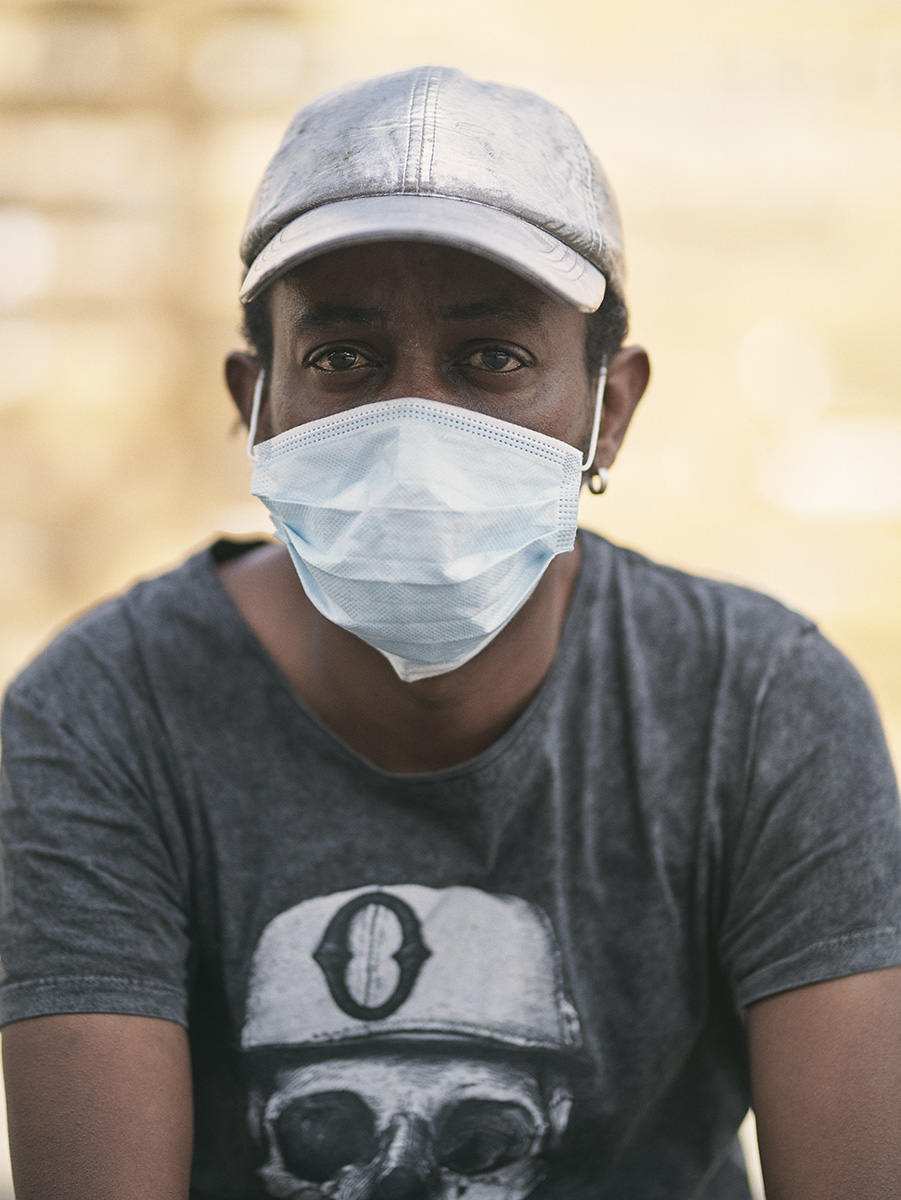 See more work from the Strange Days project on its official website.

Linkedin
RELATED ARTICLES
OTHER ARTICLES
Yesterday, rail workers came together to protest poor pay, working conditions and job cuts in their latest round of strikes.
From the chip shops, to the bingo parlors and burlesque dancers, photographer Mike Coles remembers capturing scenes of holidaymakers by the English coast.
In the latest instalment of Photographers in Conversation, the creator talks portraiture, platforms and taking inspiration from Little Simz.
As the Criminal Bar Association enters its fifth week of action, criminal barrister Russel Fraser explains why the legal professionals have walked out and how action is likely to escalate.
Steel City is often overlooked when it comes to the country's cultural radar despite its role in shaping electronic music.
After rewriting the indie rulebook with her devastating songs about romantic longing, the singer-songwriter is now imagining a future in which the artist is no longer a product.