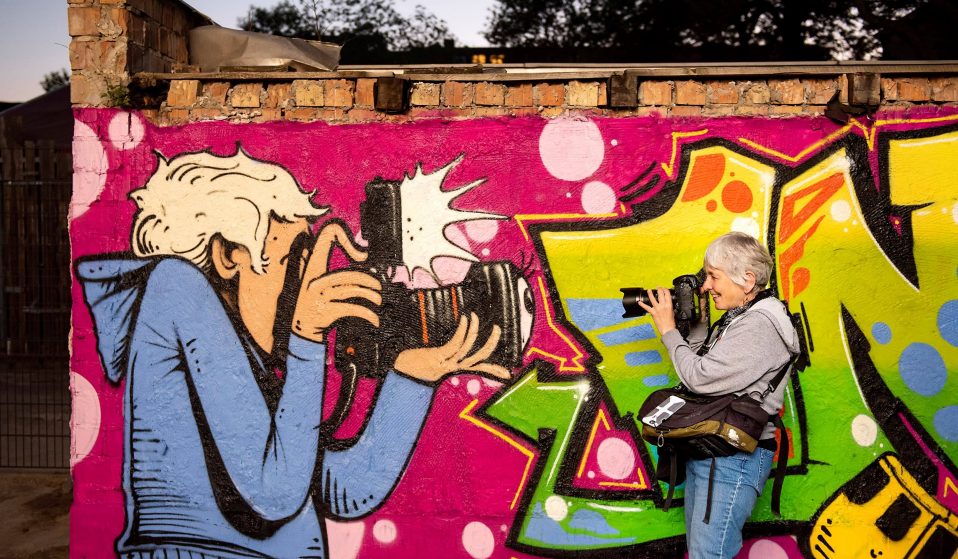 The seminal photographer talks carving out space, staying inspired and why she’s never been one for rules.

In a career spanning six decades, the Baltimore-born photographer has been documenting creativity that falls outside of the mainstream. To mark a new respective of her work, she talks carving out space, staying inspired and why she’s never been one for rules.

Martha Cooper was born in Baltimore, USA, in 1942. She took her first photographs when she was just three years old.

In the 1970s, she became the first woman to secure a staff photographer role at the New York Post. From there, she started a personal project on New York City’s emerging graffiti scene, and, in 1984, published the seminal book Subway Art with Harry Chalfant. It has never been out of print.

This autumn, a retrospective of Cooper’s career – curated by Steven P. Harrington and Jaime Rojo founders of BrooklynStreetArt.com – is opening at the Urban Nation Museum for Contemporary Urban Art in Berlin. Titled Martha Cooper: Taking Pictures, it includes unpublished photographs, drawings, journals, and Kodak film wallets, as well as images from her books and her travels around the world, and artworks from her personal collection – such as a pair of paintings by renown graffiti innovator Dondi. As well as that, the exhibition will debut a multi-channel video installation titled The Rushes by Selina Miles, who directed the 2019 documentary Martha: A Picture Story. 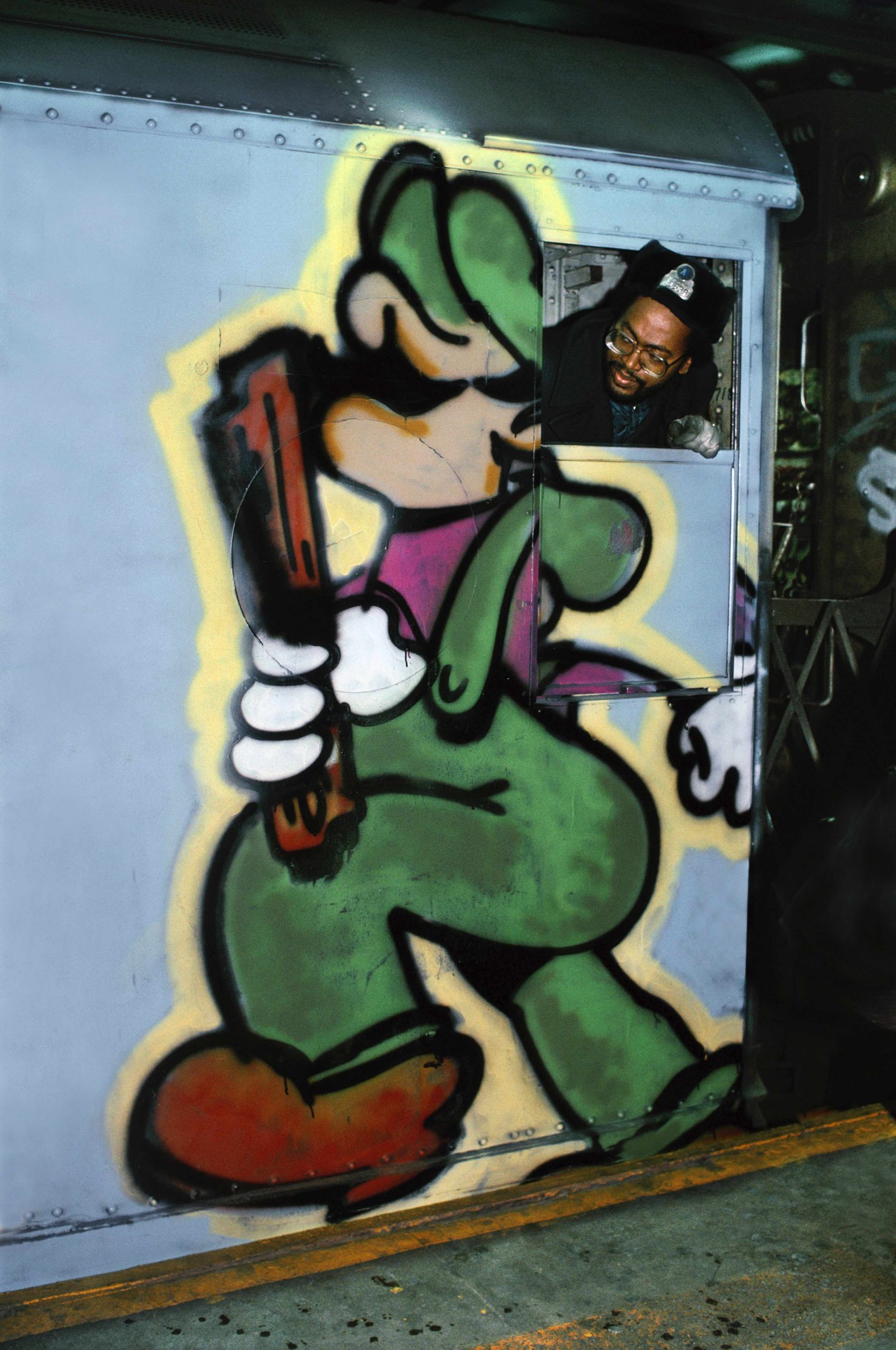 What attracted you to, and kept you interested in, photography over all these years?
My uncle and dad owned a camera store. My dad used to take me looking for photos on outings he called “camera runs”. My mom taught high school journalism. So I guess the combination of the two led me to the documentary approach I have today. I’m still out looking. Taking pictures is a way of life.

How did you get interested in photographing graffiti and hip hop culture in New York?
I was a staff photographer for the New York Post and was out on the street with my cameras every day. I began a personal project, documenting kids who were playing creatively among trash in the vast areas of vacant buildings and empty lots on the Lower Eastside near the newspaper’s headquarters.

A boy showed me his notebook with drawings he planned to paint on a wall. I was amazed that he was actually pre-designing graffiti. He offered to introduce me to a graffiti king, Dondi. After meeting Dondi I was hooked. In the process of documenting graffiti I became interested in hip hop as some of the writers were also rappers or breakers. By following graffiti, I stumbled upon hip hop. 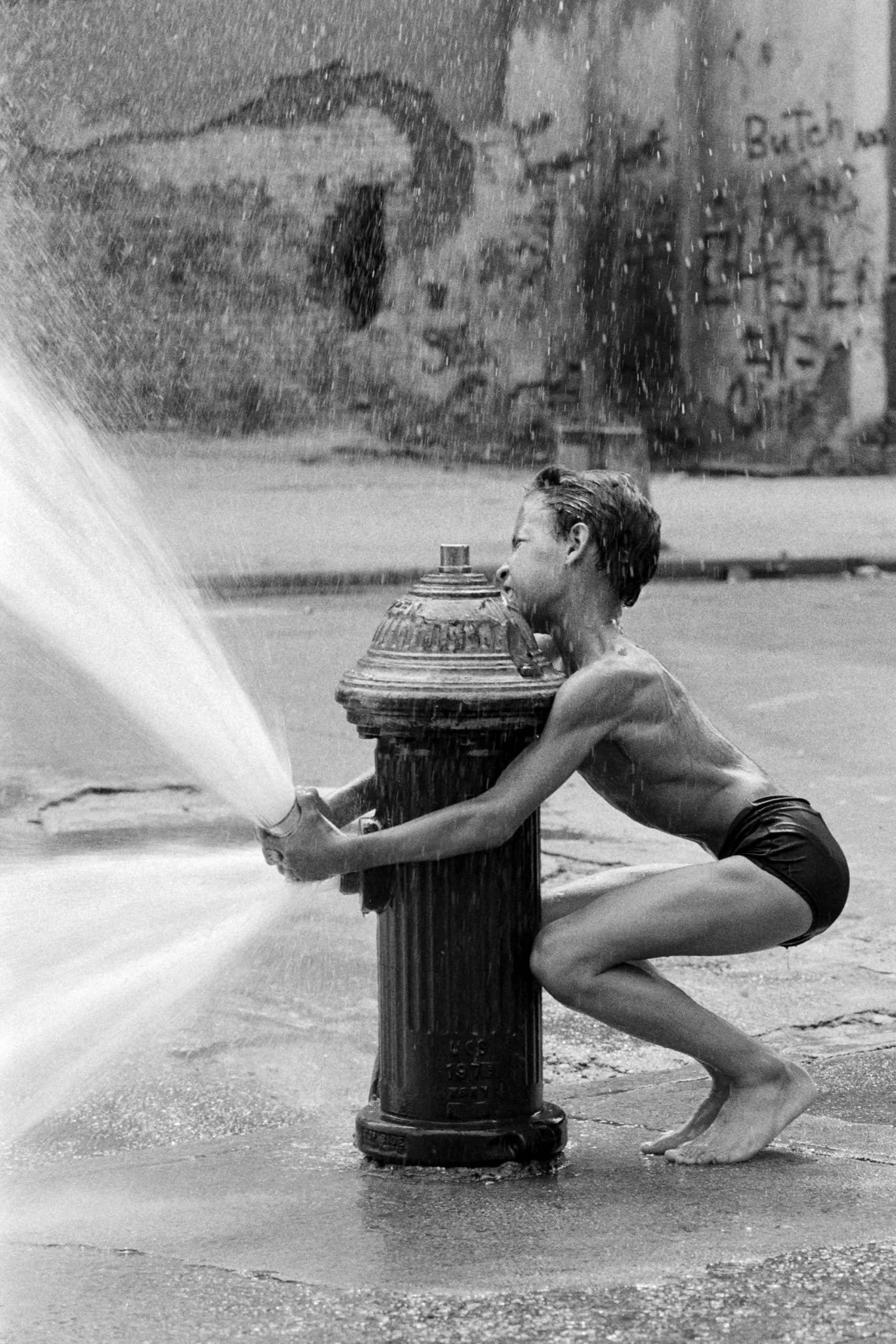 You were a white woman shooting the culture of predominantly much younger black guys in New York. Was that ever an issue, for you or for them?
There have always been white, black and Latino graffiti writers. Being accepted into graffiti culture was and is dependent on skills. Writers’ crews were always interracial. Photography was important because photos were often the only proof of illegal subway pieces. In the 1980s few writers had good cameras so my skills as a photographer were my route to acceptance. Whenever possible, I gave photos to the writers of their pieces.

I was interested that you’ve shot graffiti and hip hop, Japanese tattoos, and kids’ games, and were involved with the City Lore, New York Centre for Urban Folk Culture. Could you say more about your interest in culture and creativity from outside the art establishment?
Before deciding to become a professional photographer, I thought I would like to work in an anthropology museum because I had a longstanding interest in ethnic art. I spent a year at Oxford [UK] at the Pitt Rivers Museum getting a Diploma in Ethnology and then worked on collections at the Peabody Museum at Yale and the Smithsonian.

At Oxford, I learned how important it is to look at art in the context of the cultures that produce it. Graffiti gave me a wonderful opportunity to do that. As an aside, I’m not interested in kids’ games with rules. That’s a different area of study. My interest is in creative play without rules – activities kids invent by themselves when their parents aren’t watching. Graffiti is a good example. 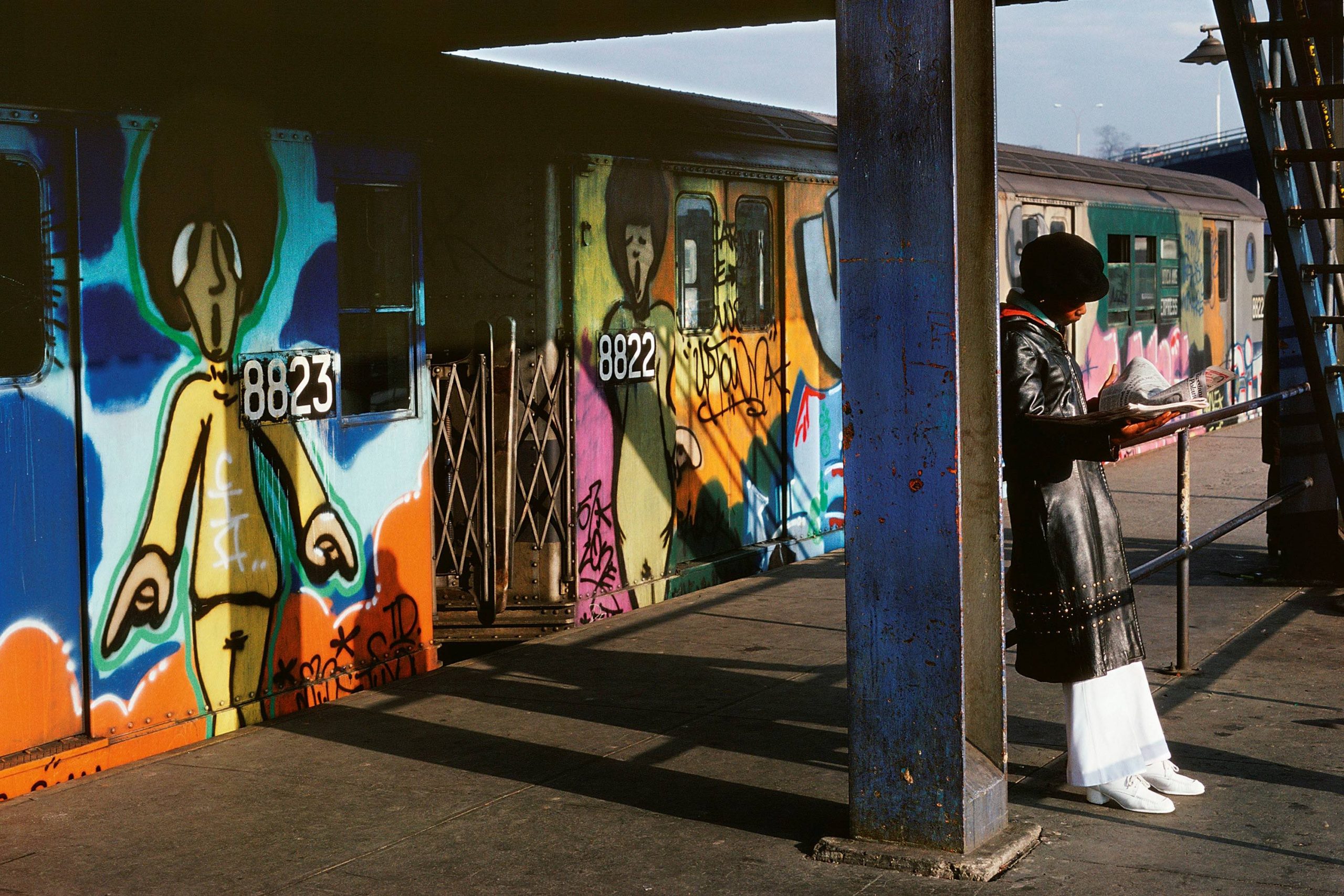 I was interested that you’ve shot both graffiti and murals. What does putting work into the public realm do, compared with putting it into museums, or even into art books?
Public space is open to anyone with the inclination and energy to put their work out there. The gatekeepers are the police rather than gallery owners. Now with the internet, artists can paint a mural and put it online and not have to worry about whether it gets painted over.

In addition, passersby can see, photograph and easily share the work without having to go inside a gallery. Getting your work – including photos – into art books and museums is a much lengthier and more difficult process.

I wondered if you’ve seen changes in the graffiti culture, particularly in the last couple of years. Do you see a renewed interest in politically orientated work post-Black Lives Matter?
Graffiti has gone from being an extreme underground activity of a few to a worldwide movement. There have been many changes in the tools and techniques of writing. Whereas there were only a few colours of spray paint available in the early 1980s, there are now companies producing hundreds of colours and manufacturing specialised spray caps specifically for graffiti.

I have been mostly on lockdown in my apartment for the past five and a half months so I can’t really speak about what’s happening in general. The media has certainly featured a lot of Black Lives Matter murals. 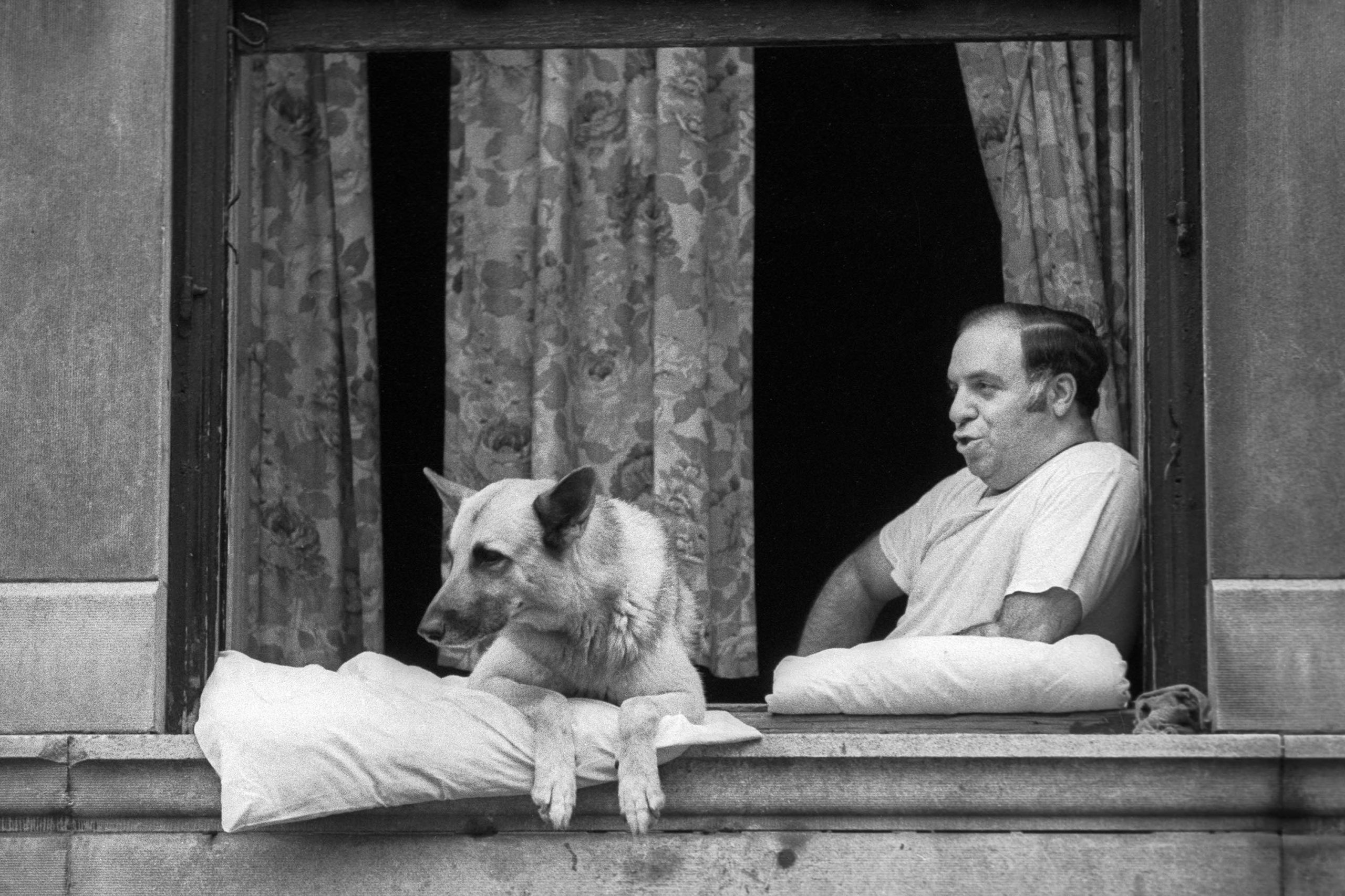 You’ve been a successful photographer for six decades, which is a feat for anyone – but particularly for a woman in this era. How did you do it?
Determination and persistence. I tried to set attainable goals and then work toward them. I learned to move on from rejections, of which there were many. I pursued my own projects and didn’t wait around for assignments.

What do you see as the photographer’s role? Is it about your vision, or do you have a more journalistic impulse in documenting other peoples’ creativity?
Speaking only about how I see my role, not about photographers in general: I am interested in literal documentation. I try to take pictures where the person or activity can be seen clearly. Although I’m careful about framing and lighting, I don’t look for unusual or dramatic angles.

Even when my photos don’t work aesthetically, I like to think they contain subject matter of interest to future generations. For me, photography is a form of historic preservation. 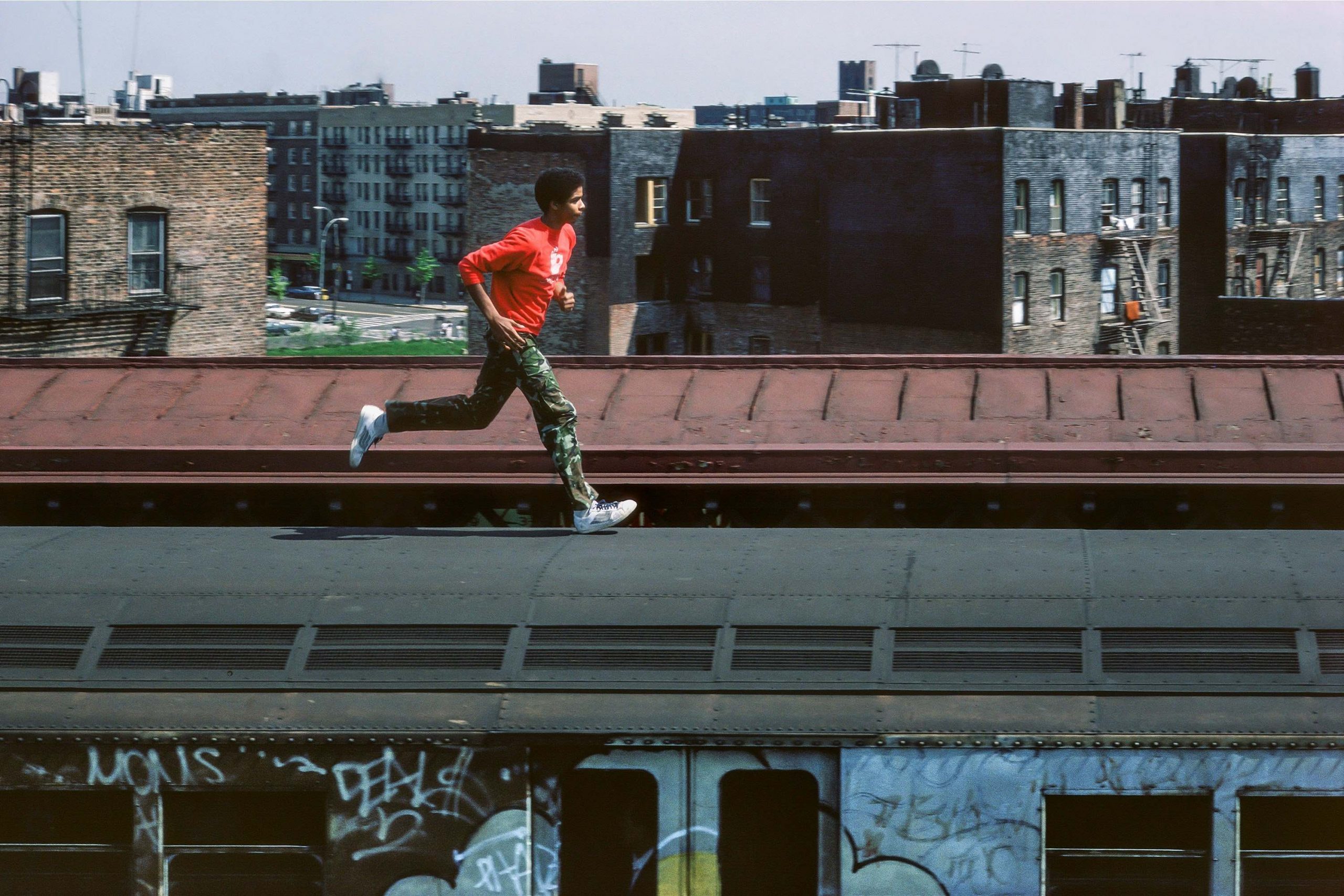 Linkedin
RELATED ARTICLES
OTHER ARTICLES
For over a decade, gamblers have won big by employing people to place live bets from the court. But does this dubious method still work?
Financial turmoil is pushing people who work in the sex industry into more dangerous and desperate situations as a means of survival.
In his 2008 series, the photographer pictured himself as Angela Davis, Martin Luther King Jr., Malcolm X, and other prominent figures.
Yesterday thousands gathered outside Buckingham Palace after news of the Queen’s death broke.
The two-day long event returned to London this year, showcasing a spectacular parade, steel bands and Caribbean food.
Birdy Chu reflects on documenting the historic moment in which the territory was formally passed back from the UK to China.