Art & Culture / Photography / Martha Cooper: The photographer who introduced graffiti to the world 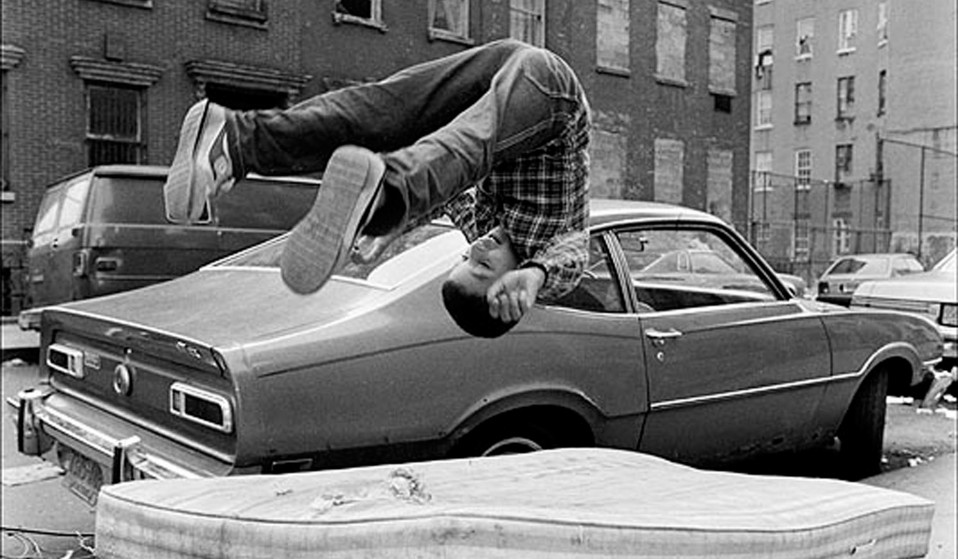 Martha Cooper’s photographs of New York graffiti in the seventies and eighties helped catapult hip hop around the globe. When Huck met Martha in 2007, she showed us the kids that first took her underground.

Never judge a book by its cover. Meaningful words when you’re sat opposite a major force behind hip hop’s global takeover – and it’s a woman in her sixties.

American photojournalist Martha Cooper began shooting graffiti on her way to work at the New York Post in the 1970s. Breaking into train yards and disused lots with the writers, her photographs captured the social decay that spawned today’s culture of bling. What started out as a fascination with an underground world of creativity became a document of hip hop’s rise to world domination.

When Huck met Martha back in 2007, she shed light on the roots of that journey through Street Play, the personal photography that led her into the New York graffiti scene. We talked about growing up on the mean streets of NYC and the Lower East Side kids that let her into their world. HUCK: You’re massively respected for documenting graffiti through the seventies and eighties. How do these photographs of kids playing in New York fit within hip hop’s story?
Martha Cooper: I don’t like being known as a hip hop photographer. That’s the work most people know me for. But this is the work that led me to hip hop. I like to think of myself in broader terms, and this is a way of showing people that. It might give them some insight into the context of hip hop too. The underlying idea I was looking at was kids being creative, making something from nothing – especially when their parents weren’t watching – and I think that idea can be related to b-boying and graffiti and mc’ing. The whole hip hop culture, well, the early hip hop culture, was about making something from nothing and being creative. Why did you start photographing these kids?
It was while I was working at the New York Post. I had made a trip to Haiti and had been impressed seeing kids making little cars and trucks from tin cans – cutting them up and putting them together. And when I came to New York I thought, ‘I really wonder if kids do anything like that in the city?’ My original focus was on child-made toys but I didn’t find too many. I found a few – a kid with a wooden plane, some go karts they were riding in the street – so I decided to broaden the idea, see what they do with other stuff, like making forts and stuff like that. At the time, did you think: ‘This is gonna be of major historical importance some day’? Or were you just taking some personal snaps?
It was a personal documentation. I was out there with my camera every day, driving through this neighbourhood on my way down to the newspaper. I always hoped it would be a book and I made some small efforts to make it into a book back then. But no one was interested so I abandoned the project. These pictures weren’t thought of as anything special at the time, but you can see all the buildings being torn down back then. The photos were in the Lower East Side, not the Bronx, like people think. This is ’78-’79, just pre-hip hop – there’s no brands, no Adidas, no Pumas or Nikes. Now all of this has been completely built up again and the Lower East Side is a fancy place to live. How did this lead to you documenting graffiti?
The last photo in the book led me to graffiti. The boy in the photo, Edward, said: ‘Why don’t you photograph graffiti?’ He knew Dondi, this major graffiti artist, and was the connecting point that led me into the scene. Edward was central to the Street Play work too, as he kept pigeons on the roof, and that’s a very classic New York City thing – keeping pigeons and trying to capture other kids’ pigeons. It’s sort of a game. Dondi then got me into graffiti, and graffiti got me into the rest of hip hop. As the first female photographer at the New York Post, what did your colleagues make of your extra-curricular activities – namely breaking into yards with vandals?
People in New York used to hate graffiti. I used to try and tell people what I was doing and I would get such horrible arguments from academics about how horrible it was, and what vandalism this was. And I don’t have a good defence for defacing public property, you know, I’ve had to try and come up with explanations, and it isn’t as if I just love this stuff over every surface you can find. My only defence is: ‘Well, what about advertising?’ At least this is done by hand. Now in New York every surface is covered in advertising – I mean, covering buses in ads, isn’t that an idea they got from graffiti on cars? You even get entire buildings covered in blown-up pictures, covering windows and everything – and I do wonder, did kids covering trains and windows in graffiti give advertising people ideas? Or are the advertising people now those kids grown-up? I would be kind of sad if advertising was the downside of graffiti – because at least tags are done by hand. Back then, did you think graffiti would have such a huge global impact?
I had no idea. I thought, ‘This is amazing, and it could only happen in New York.’ Partly because of the state of the city at the time. There were vacant lots all over the place – and that was just the Lower East Side, the Bronx was even worse. Un-policed, unfenced – it was a free for all and the kids could get into the train yards. New York was an outlaw city that lent itself to this kind of activity. Are you surprised by how the art establishment has embraced street art?
Well, yes and no. I mean, the art establishment has to keep pace with the times and street art has become, if not the predominant world art form, certainly up there. And I think that galleries need to make money, so they have to bring it into the gallery and try to sell it in order to stay alive. So it doesn’t surprise me. I like street art a lot. For me, to be able to walk out anywhere and see all this stuff on the walls is a treat. I was just in Milan and being able to identify artists that you see elsewhere and then wonder:, ‘Gee, did they really come here? Or is someone else putting their stickers up for them?’ That’s amazing. 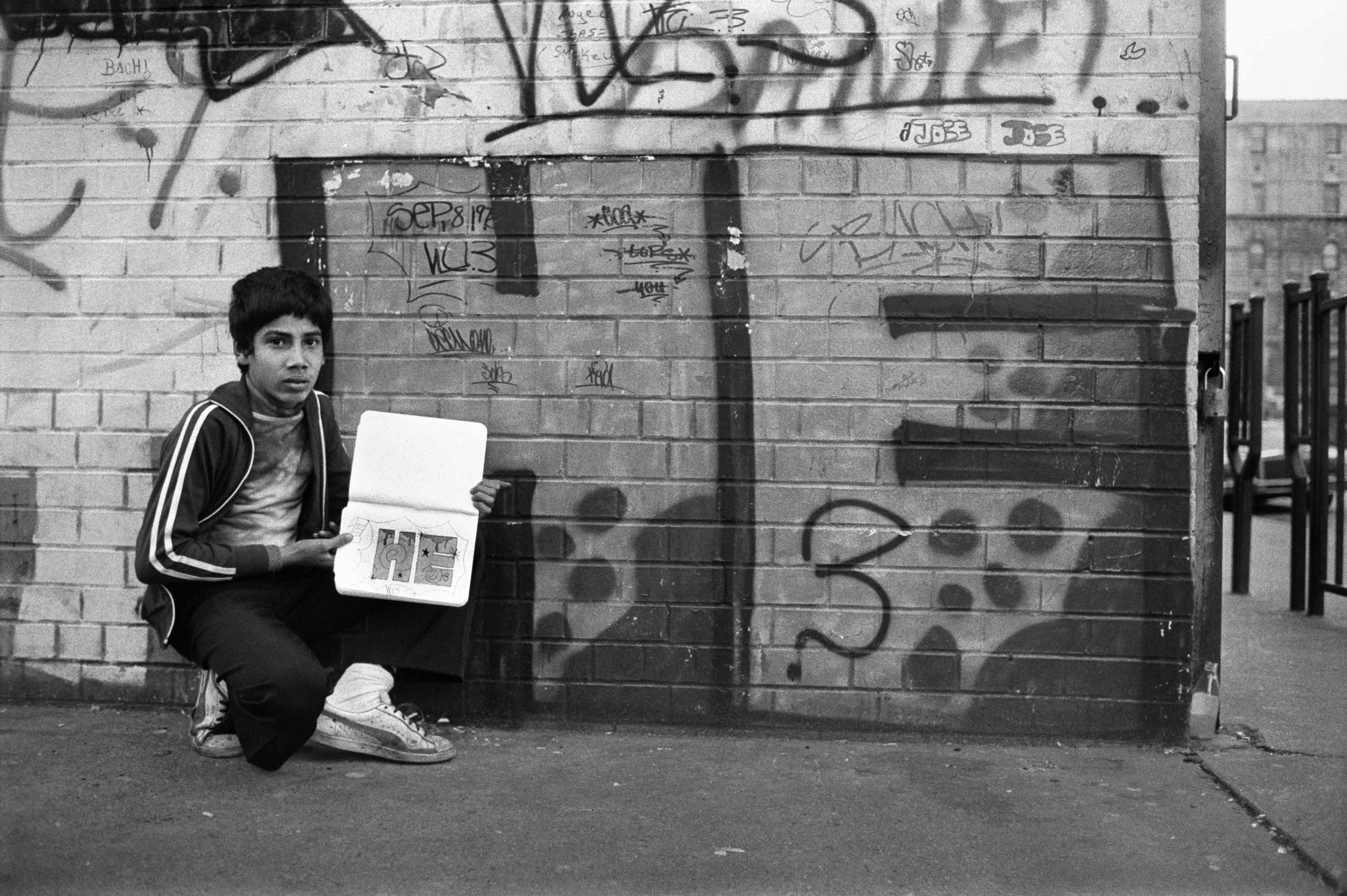 Does that mean street art has lost its countercultural edge?
Yeah, for sure. I mean, it went from being an underground secret to overground and mainstream. I don’t go around photographing large, big, fabulous graffiti walls today – the writers all photograph their own walls, because it’s so out there. For me it’s lost its excitement. That’s not to say I don’t enjoy it. But I don’t like to be bumping elbows with legions of other photographers. I like to be out there on my own discovering things. That’s sort of my quest.

So, are you aware of a burgeoning new underground scene that we should all know about?
Are you? Is there one? I keep wondering, surely there must be something – but would I be able to jump in there? Surely something to do with technology has got to emerge. I don’t think that if something came along I would go and follow it. I’m passing the baton to whoever wants it.

This article first appeared in Huck 7 – The Victoria Jealouse Issue, from Autumn 2007. Subscribe to Huck today to make sure you never miss another issue.

Linkedin
RELATED ARTICLES
OTHER ARTICLES
A new law change is enabling Britain’s donor-conceived children to know the truth about their origins – but campaigners say the fertility industry must do more to protect people.
David 'Dee' Delgado’s photo project is about honouring and uplifting the city of his youth, and a world rapidly disappearing under the relentless onslaught of gentrification.
Mass crustacean die-offs in the North East have led a community of fishermen to take action to save their seas.
Campaigners reflect on what the supreme court’s decision to allow buffer zones in NI means for the future of reproductive rights in the UK.
After a two-year hiatus and a new album, the Nigerian artist is riding high. Now, he wants to bring his alternative, genre-bending sound to the world.
Yohon Tatum, aka Legendary Father of the House of Tisci, reflects on nurturing a new generation of talent.