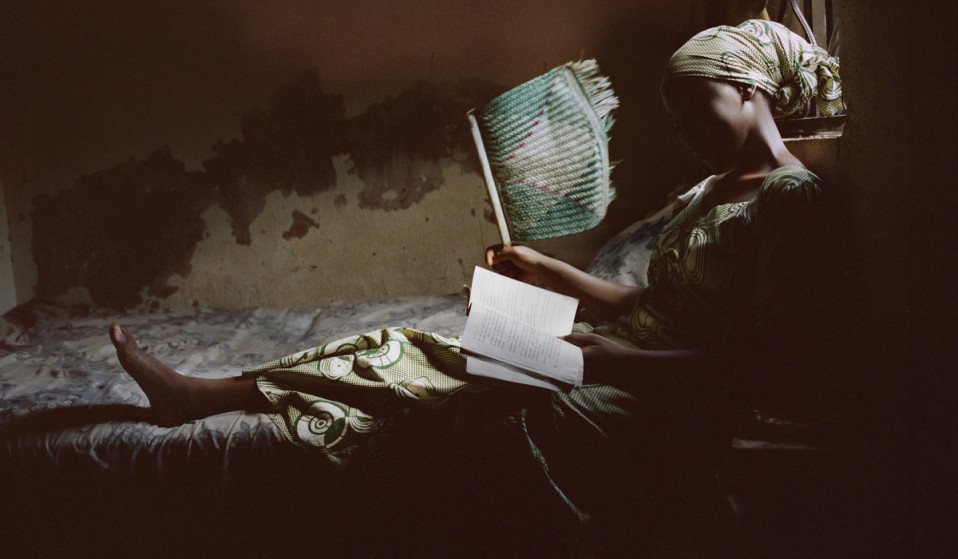 i
Firdausy El-yakub reads a romance novel in her bedroom in Kano, Northern Nigeria. She dreams of becoming a novelist. 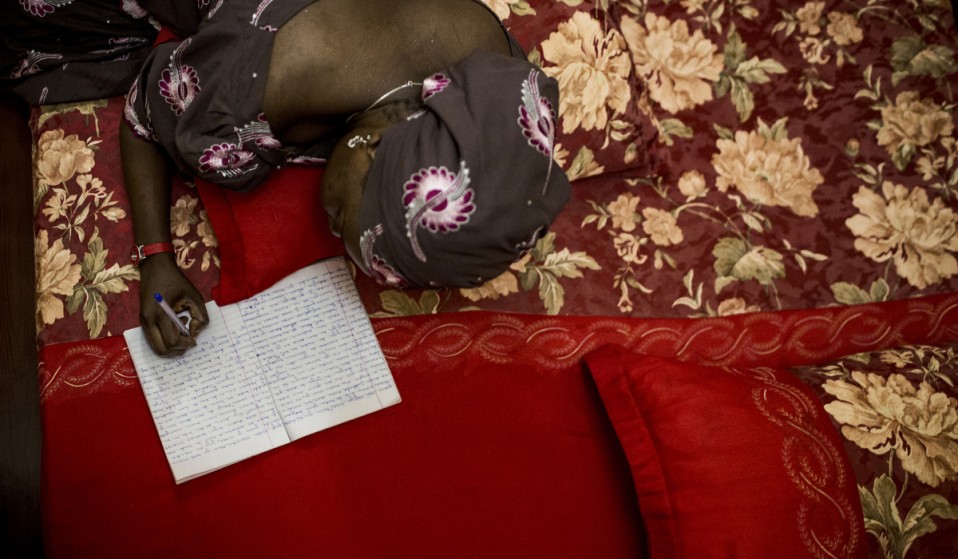 i
Khadija Gudaji works on her novel while laying in bed at her home in Kano. 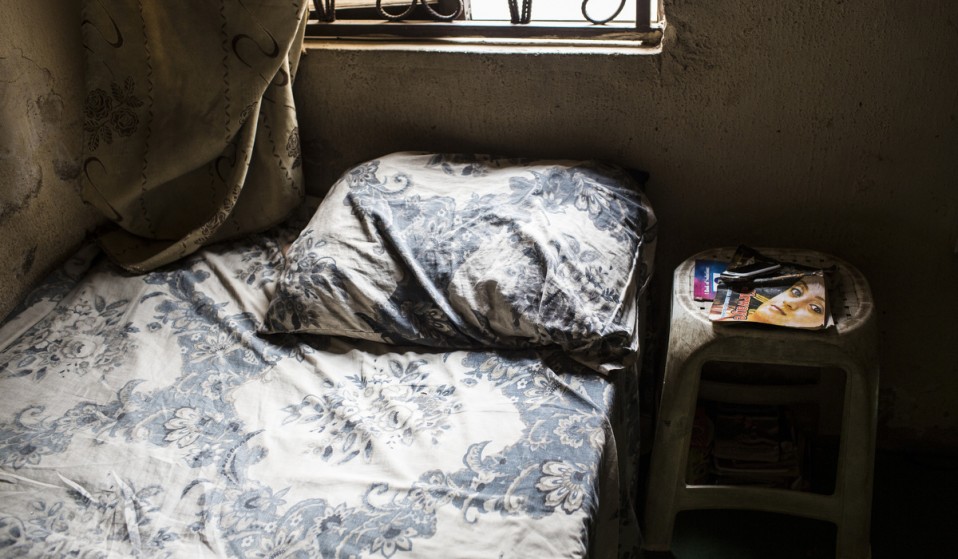 i
A book on the bedside table of a young girl in Kano. 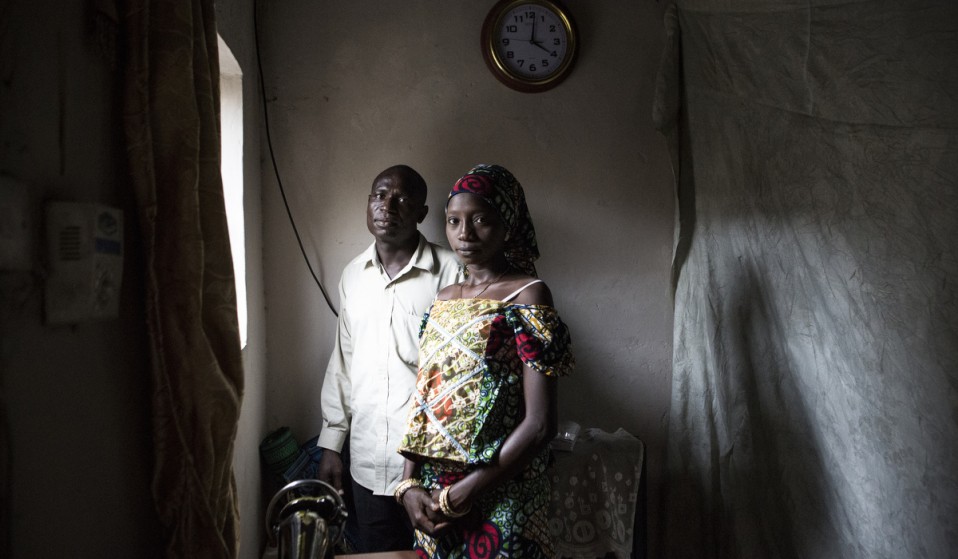 i
Ahmed Adama, age 35, with his second wife Jamaila Lawan, 22, who he married through a mass wedding program organised by the Hisbah, the Islamic ruling board of Kano who helped pay for the dowry and ceremony.

When Glenna Gordon stumbled across a Muslim romance novel in Nigeria’s religious north, she entered a world where the rules of love became a barrier - a border that marked the limits of how deeply she could connect.

When Glenna Gordon stumbled across a Muslim romance novel in Nigeria’s religious north, she entered a world where the rules of love became a barrier - a border that marked the limits of how deeply she could connect.

I first went to Nigeria in 2012, after many years of working elsewhere in Africa, planning to do a serious project about infrastructure in the continent’s biggest economy and a side project about Nigerian weddings. But, after I crashed my first wedding, my more serious plans fell to the wayside and I realised I could tell the same types of stories about inequality and power through the lens of weddings.

One wedding led to the next, and from the megacity of Lagos in the south I began to wander towards the Muslim north of the country seeking out other nuptials. As I travelled north, I realised I was further and further out of my own element. I wanted to ground myself and centre my perspective by reading more. I asked a friend who knew the area well what I should read. She suggested a book by a female Muslim romance novelist called Sin is a Puppy That Follows You Home. 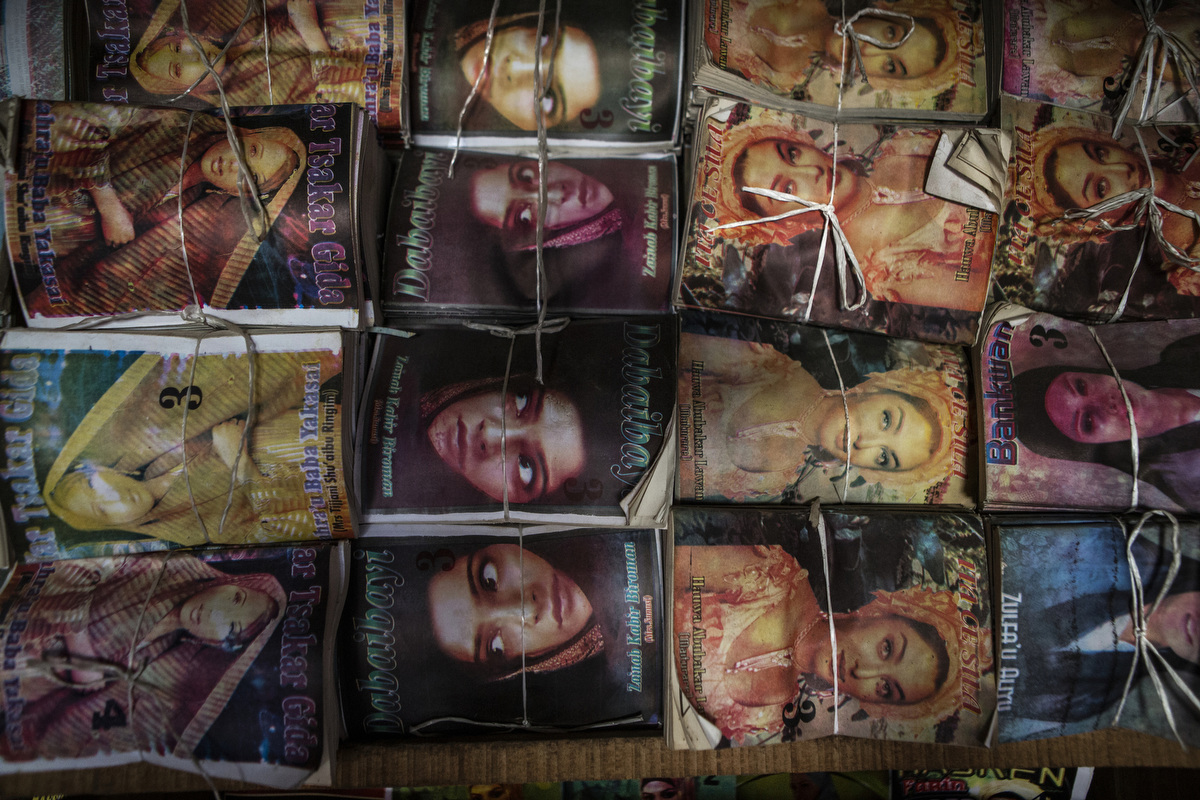 Subversive romance novels are tied up and packaged at the local market in Kano.

Before I knew anything else, I knew I was all in. That title got to me – I wanted to inhabit that world. My friend explained there was a thriving cottage industry of Littattafan soyayya – love literature written by Muslim women. The books were about love and marriage, sometimes subversive and sometimes submissive, often about the poor girl marrying the rich man, and just as often about fantasies of a better life. One of the first novelists I met was named Rabi Talle. She was young and spunky and, shockingly, unmarried. 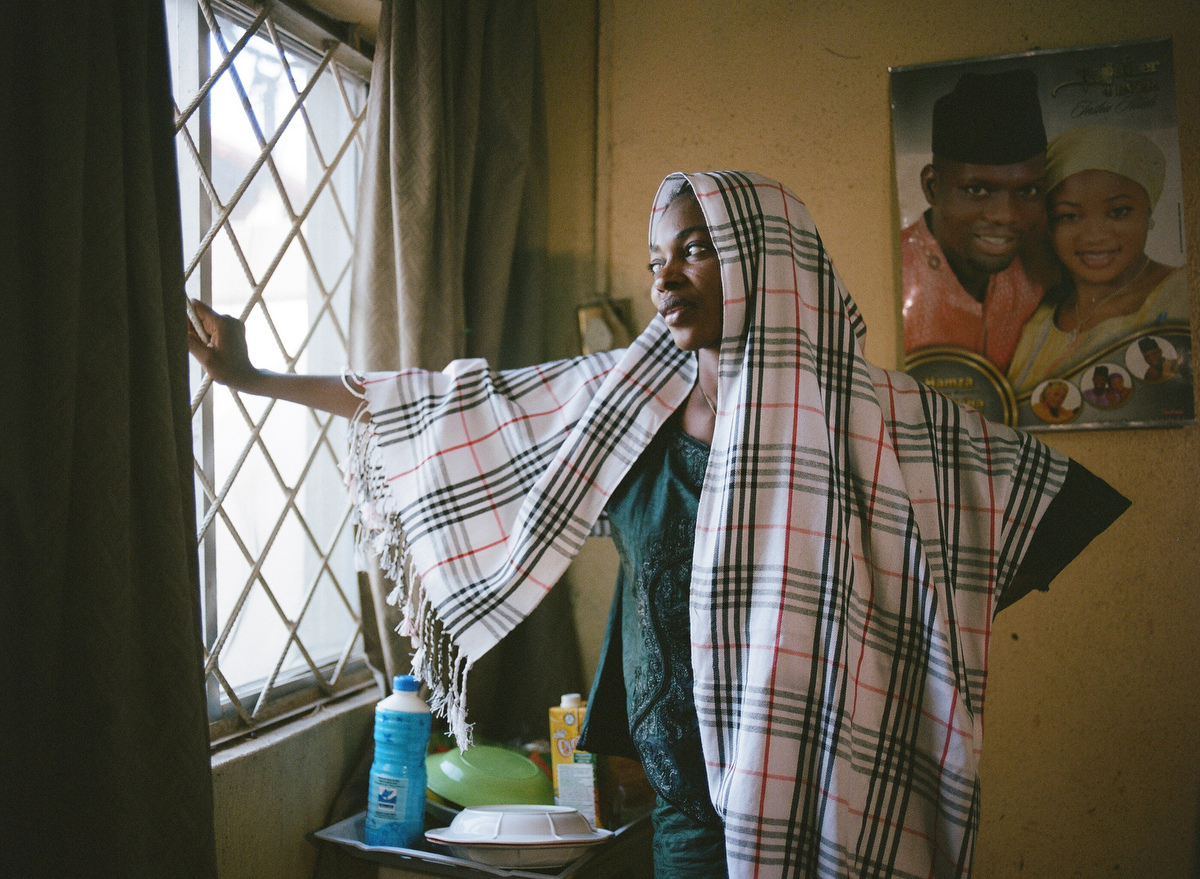 Rabi poses for a portrait in front of a photo of friends of hers who were recently married.

Over time, I began to learn more about her own marriage prospects. Up until then, I’d felt so close to her – two spunky unmarried women doing what they do, judgment be damned. But at that moment, I understood how little of her world I would ever penetrate and how little of mine she could even conceptualise. 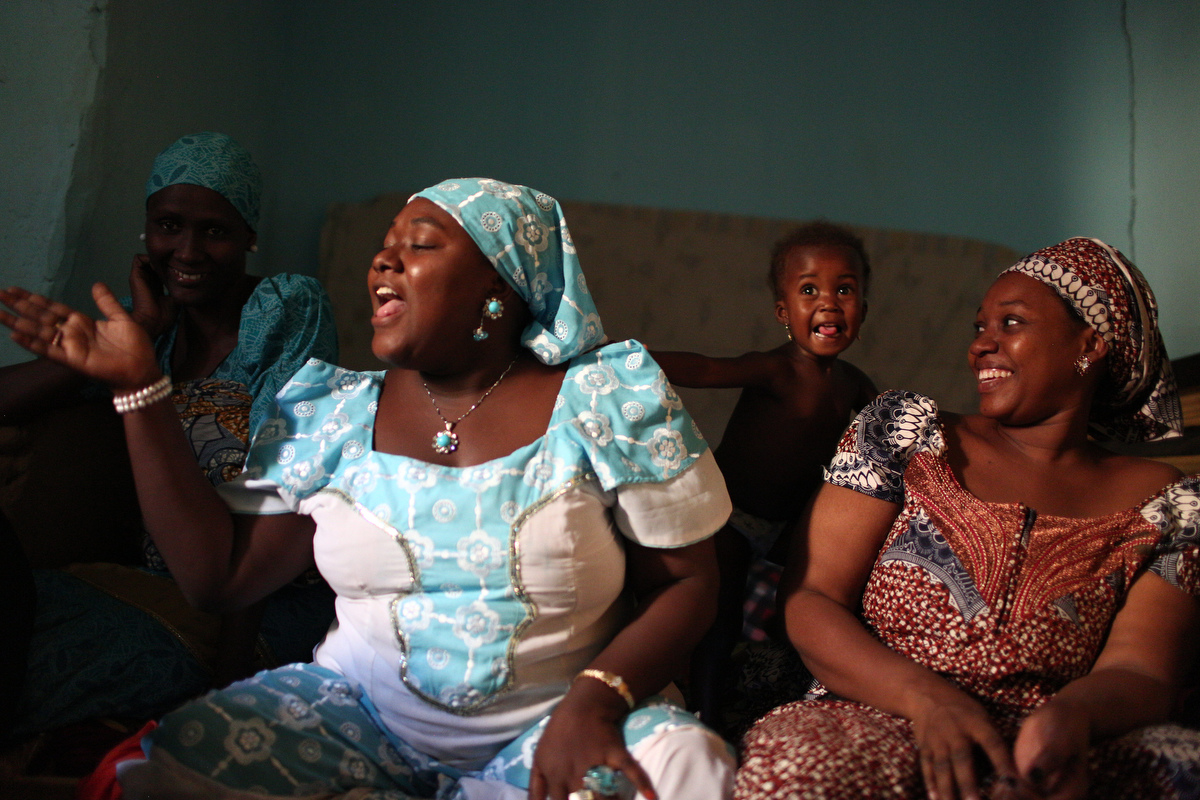 Guests gist (gossip) at a wedding.

Still, I sat with her for hours, eating fruits so sweet our teeth hurt, going to weddings with her and her sisters packed into the backseat of a car that broke down again and again, photographing her as she wrote in her composition book and went about her daily life.

Ultimately, she lived in a world where she would be someone’s third wife and I live in a world where I make my own choices. I was deeply drawn to the difference between our lives, to understanding what it meant to be a woman in Northern Nigeria, and to what it taught me about being a woman anywhere in this world. I’m writing this from Kano, where Rabi is pregnant and living in a small apartment her husband pays for, separate from his two other co-wives. The first wife has gone to greet Rabi, but she’s never even met his second wife. 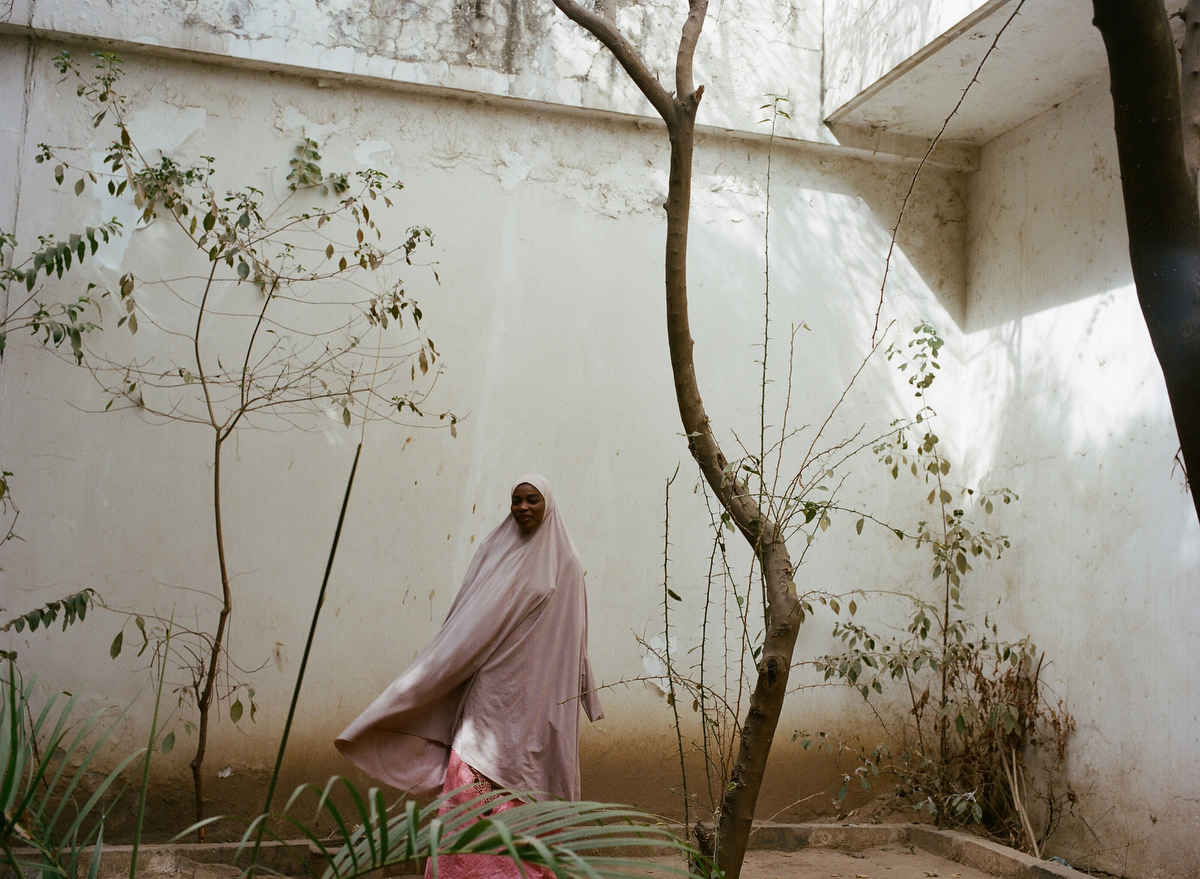 Rabi in the courtyard of her office at her day job at the Ministry of Information.

So much has changed in my own life since I first met Rabi. Working in Northern Nigeria has produced some of the most impactful work I’ve done anywhere. When I did stories about the mass abduction of schoolgirls kidnapped by Boko Haram, I won many prizes. Afterwards, at gallery openings in New York and Amsterdam and elsewhere, well-meaning middle-aged women come up to me seeking emotional catharsis: Where are the school girls? What’s happened to them? Are they okay? Have they been raped? 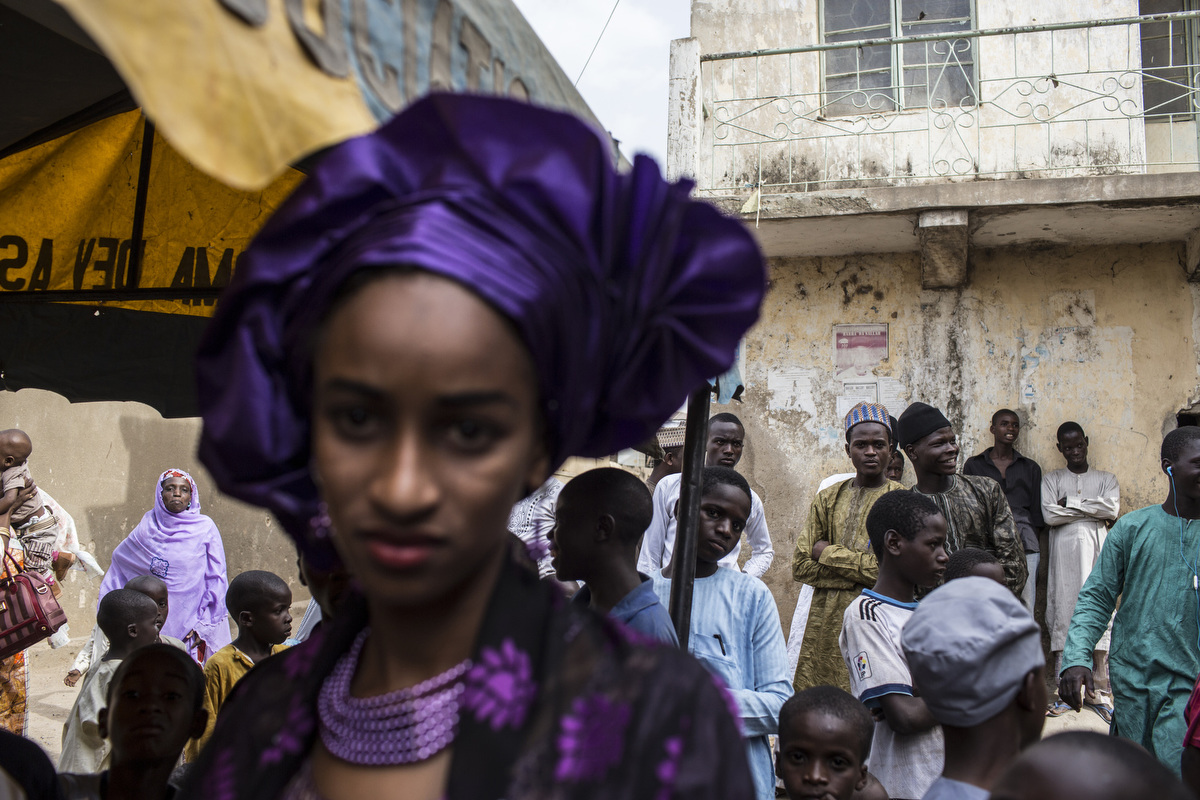 A bride in Kano.

I have no answers for these questions, and no desire to be a spokesperson for these girls or an outlet for someone else’s release.

In fact, these aren’t even the questions I want to ask of this world.

Glenna Gordon’s Diagram of the Heart is published by Red Hook Editions.

Linkedin
RELATED ARTICLES
OTHER ARTICLES
Leading art critic Robert Storr reflects on the photographers – from Seydou Keïta, to Malick Sidibé, to Carrie Mae Weems – who helped to transform and redefine the medium.
With abuse of call-centre staff on the rise, many are now speaking out about the hostility they’ve faced.
In Sheffield, food delivery drivers are fighting back against one of the giants of the gig economy.
In 1984, Martin Shakeshaft set out to document the miner’s strike as it really happened, using his photography as a tool for activism.
As the role of the nuclear family is increasingly called into question, people are finding new ways to exist outside heterosexist norms.
In Glasgow, life expectancy is reduced by 15 per cent. In a new project, photographer Kirsty Mackay reflects on the lives cut short.