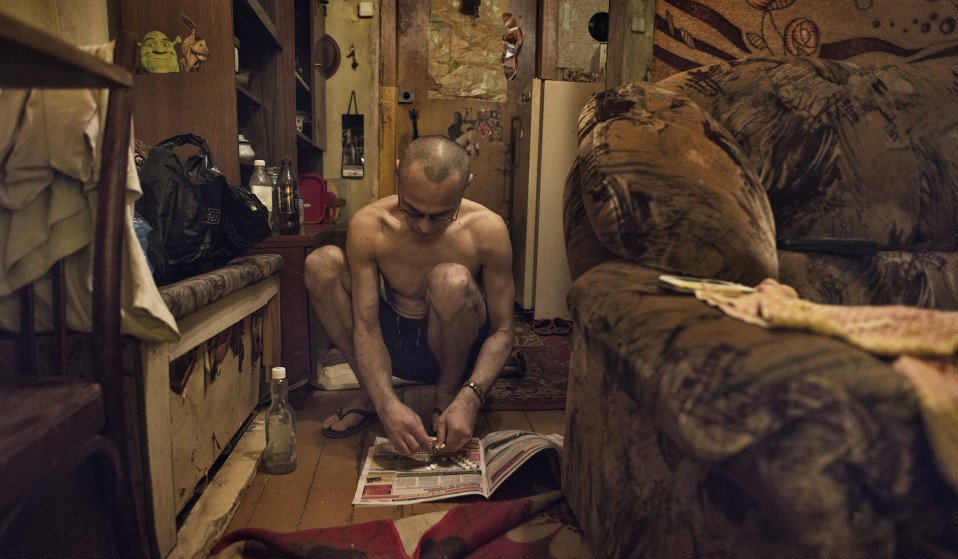 Photographer Emanuele Satolli documented the height of the Krokodil epidemic in 2013. Three years later, he returned to Yekaterinburg to survey the damage.

Photographer Emanuele Satolli documented the height of the Krokodil epidemic in 2013. Three years later, he returned to Yekaterinburg to survey the damage.

You can make Krokodil in your living room. Pick up some over-the-counter pain medication that contains codeine, brew it with paint thinner, hydrochloric acid and red phosphorus scraped from the strike pads on matchboxes and you’ve got yourself a cheap Heroin substitute for just a couple of dollars.

But the effects of Krokodil are even more devastating than Heroin itself. Injecting the drug kills the surrounding tissue, causing flesh to turn dark and scaly, like a crocodile’s, while missing a vein can cause the flesh to bubble up and fall off the bone in chunks. Krokodil addicts often survive just two or three years. 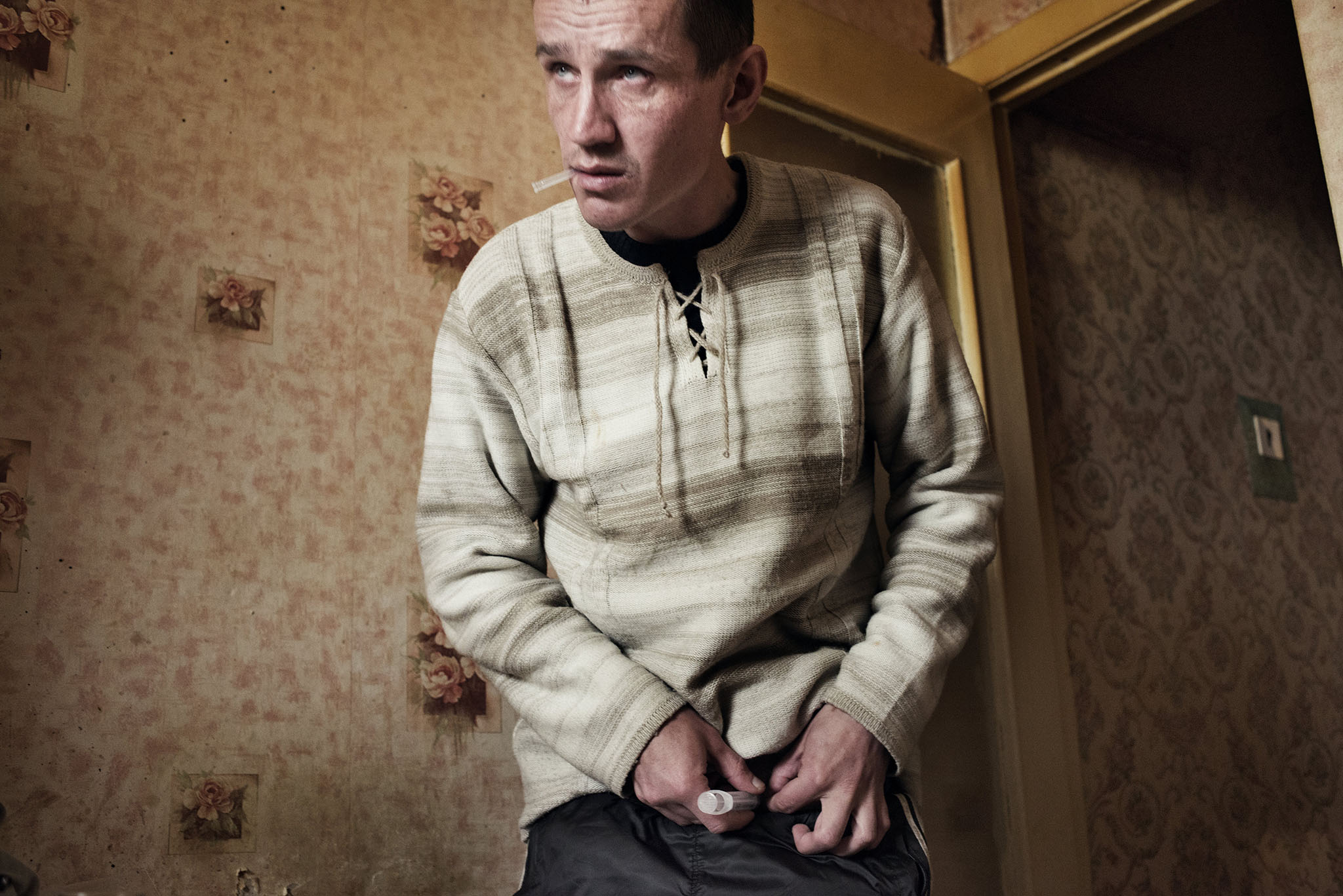 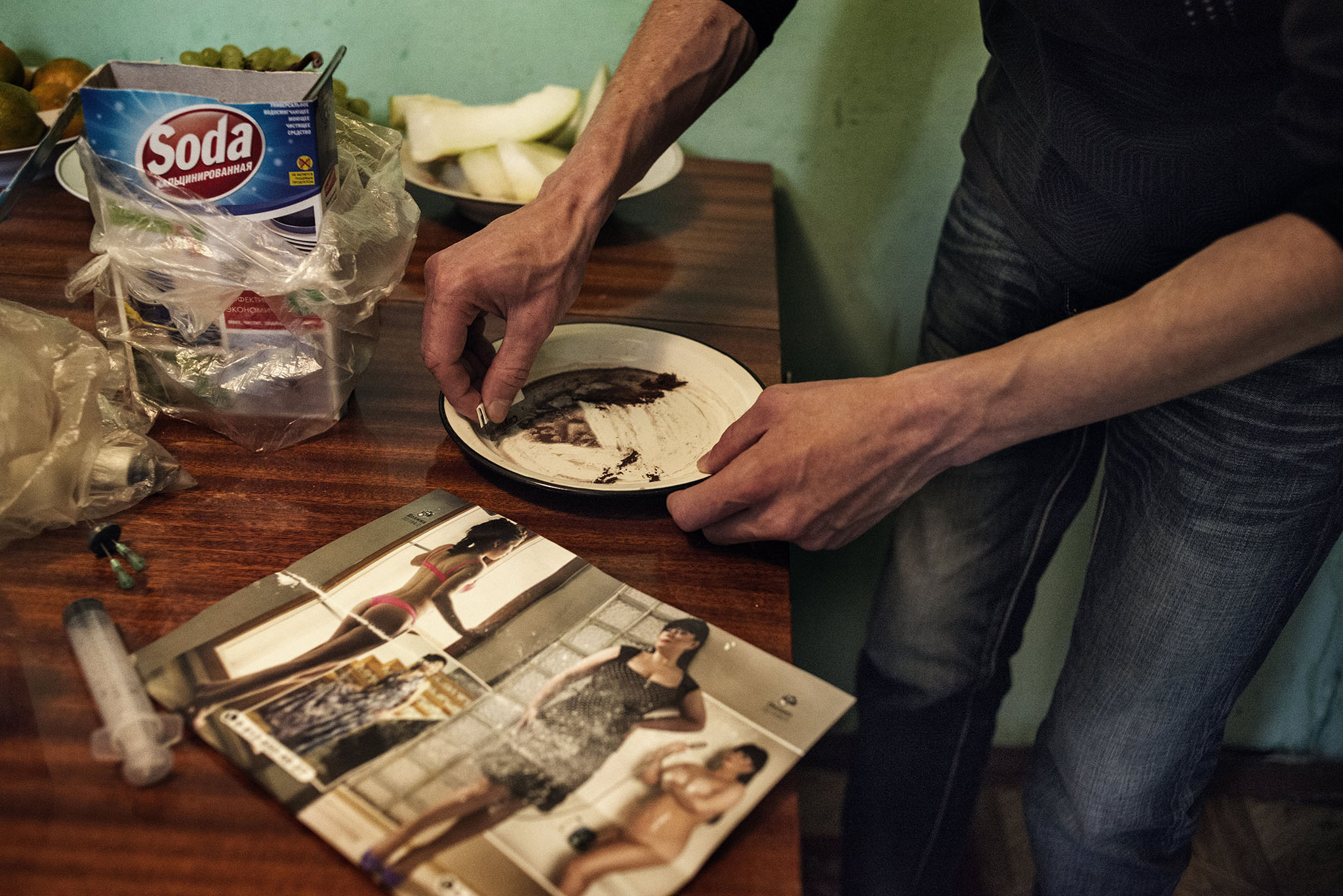 Russia’s Krokodil epidemic peaked in the early part of the decade and photographer Emmanuele Satolli arrived at its epicentre, Yekaterinburg, in 2013. After winning the trust of addicts, he visited them in their homes and cookhouses to witness the drug’s terrifying effects firsthand.

One of the deadliest designer drugs to ever hit Russia, it’s believed that up to a million people were affected by Krokodil and it spread remarkably fast in faded, industrial areas like the Ural region, home to Yekaterinburg. 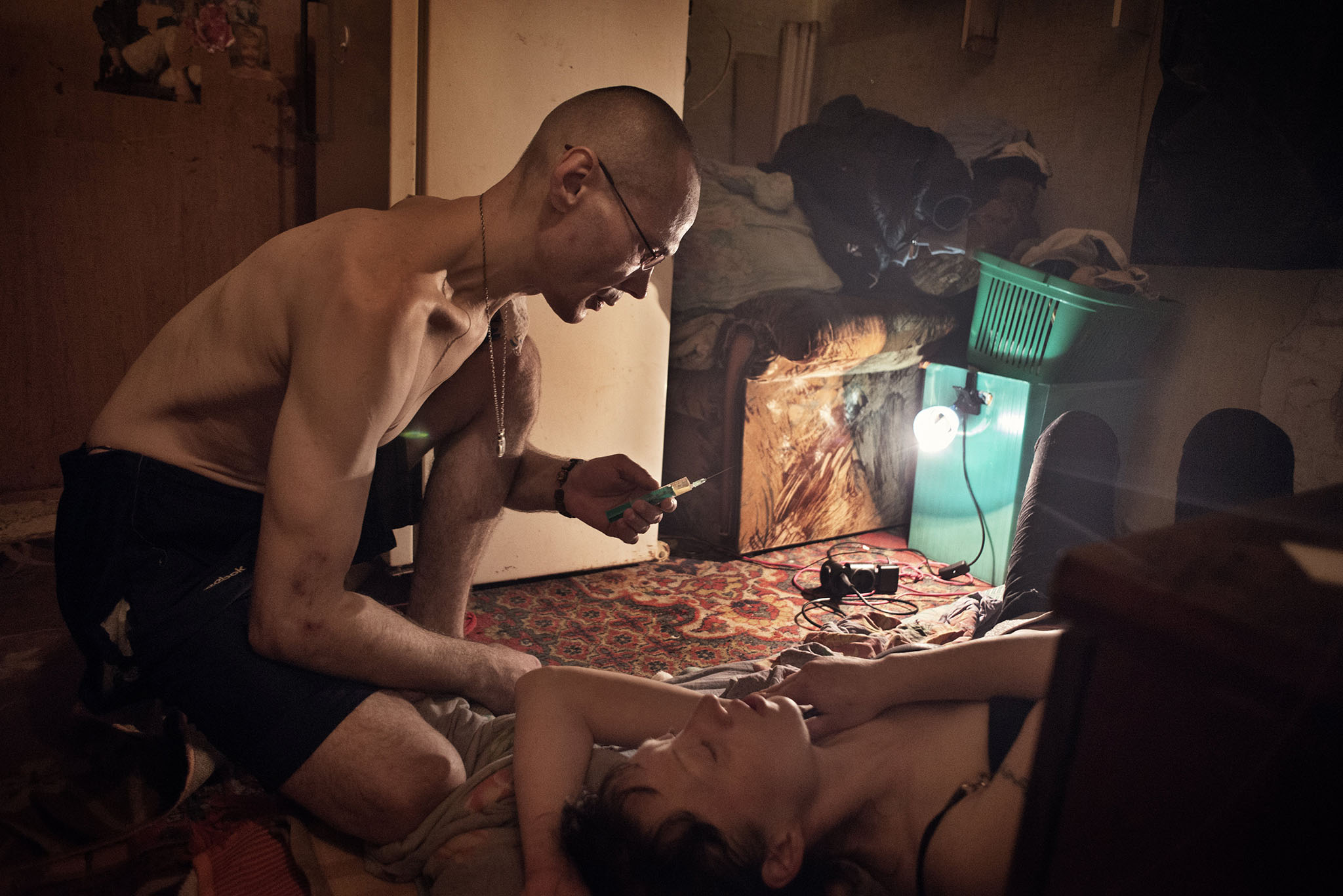 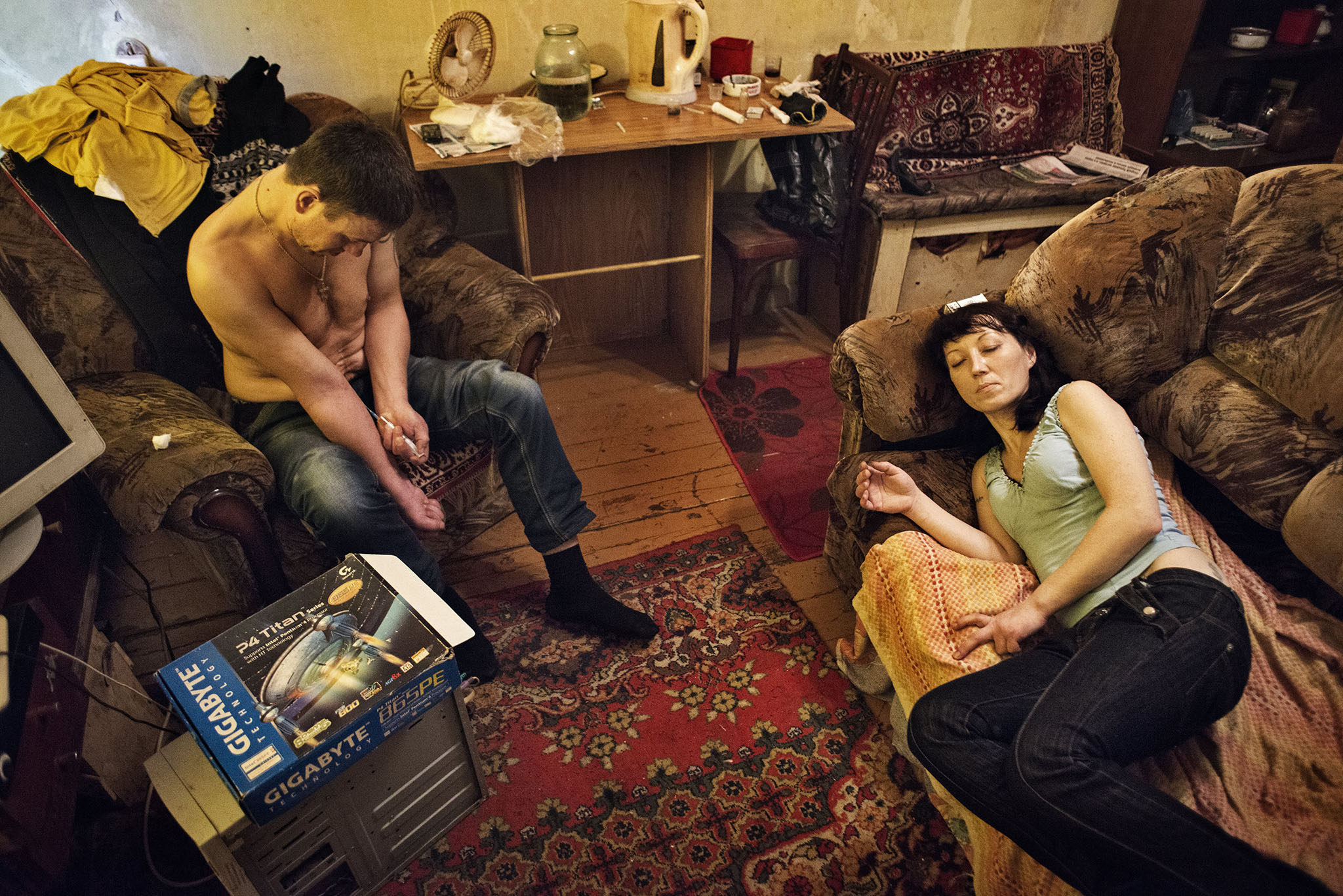 After seizing around 65 million doses of the drug, a 23-fold increase from 2009, Russia’s counter-narcotics agency lobbied for a ban of over-the-counter codeine sales in 2012 (although Emmanuele documented the raw materials being bought on the black market), which was successful enough for the agency to announce the drug’s virtual eradication in 2014. 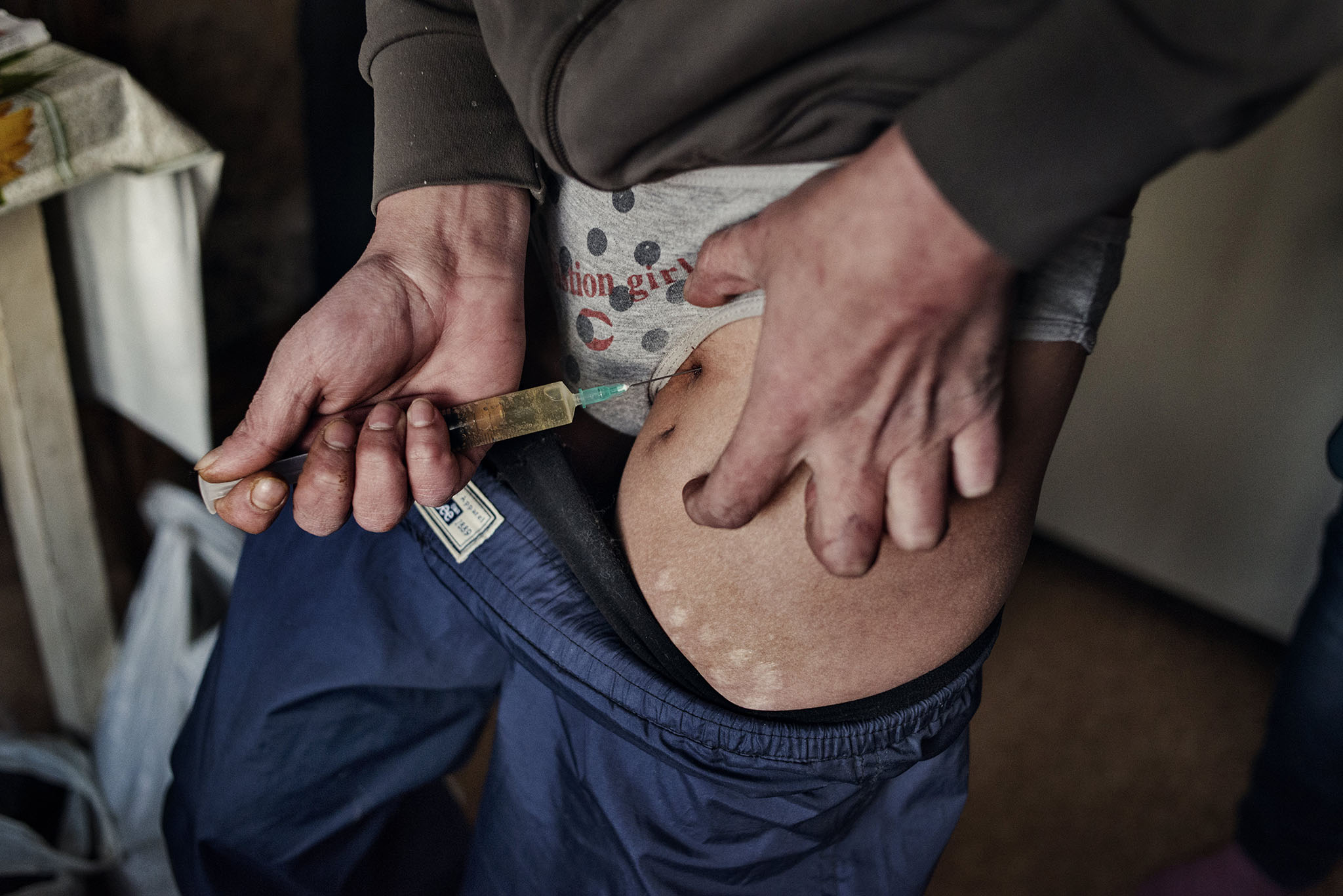 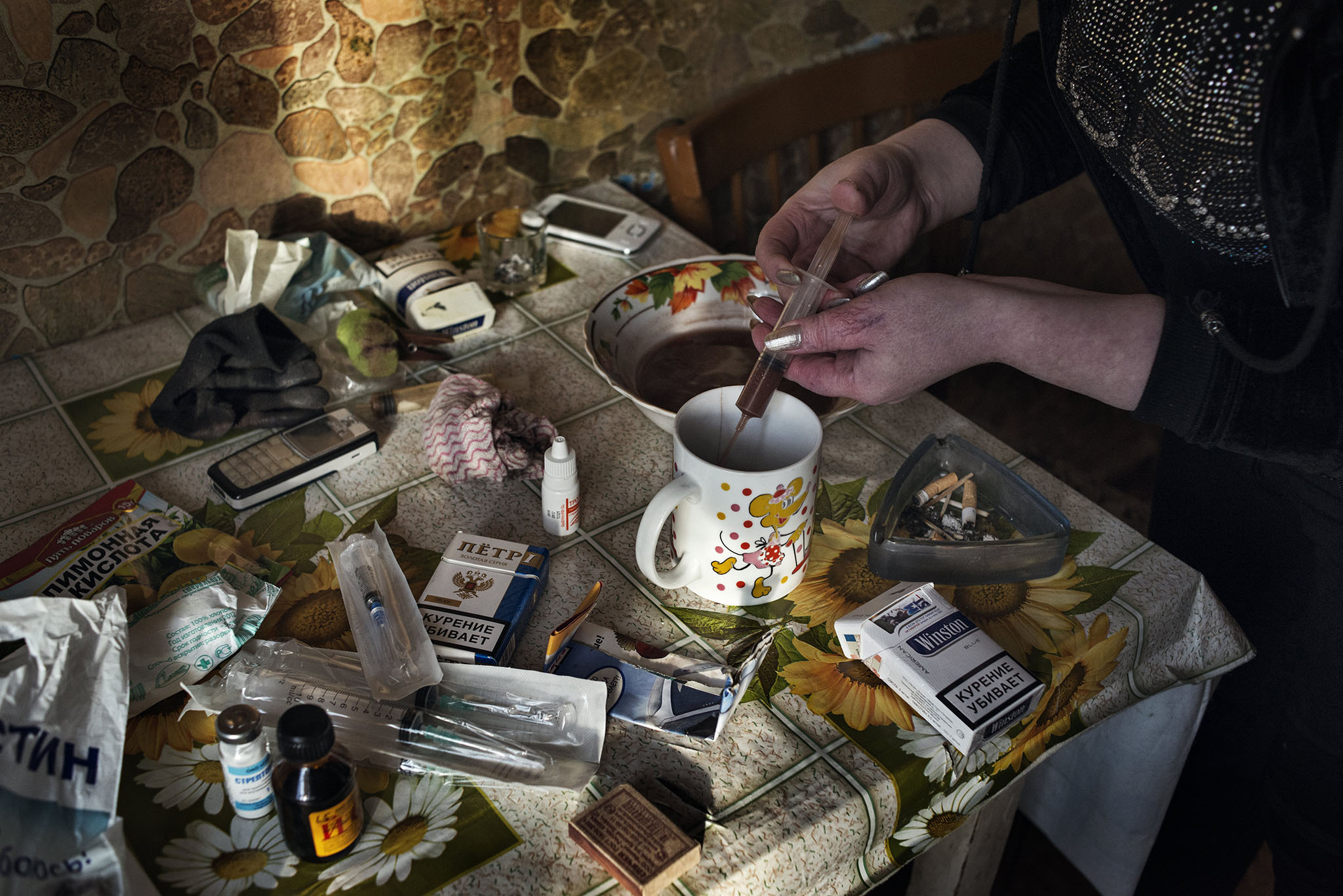 Three years after his first visit, Emmanuele returned to track down those he photographed in 2013. While the old hangouts and cookhouses were mostly deserted, only one of the recovering addicts, Pavel, had managed to leave Krokodil behind without wrecking his health. Others were gone forever, or carrying emotional and physical scars that will never heal. 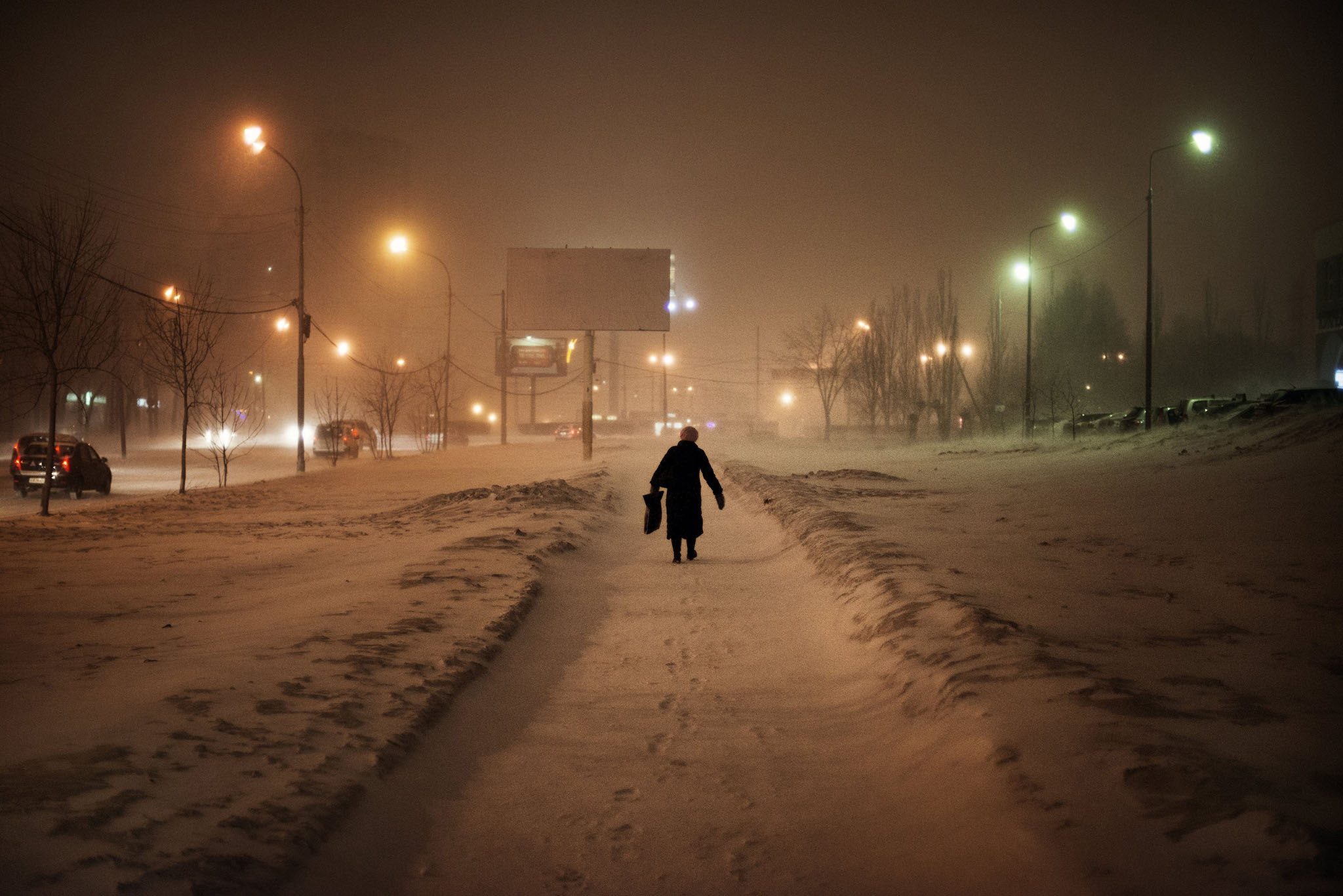 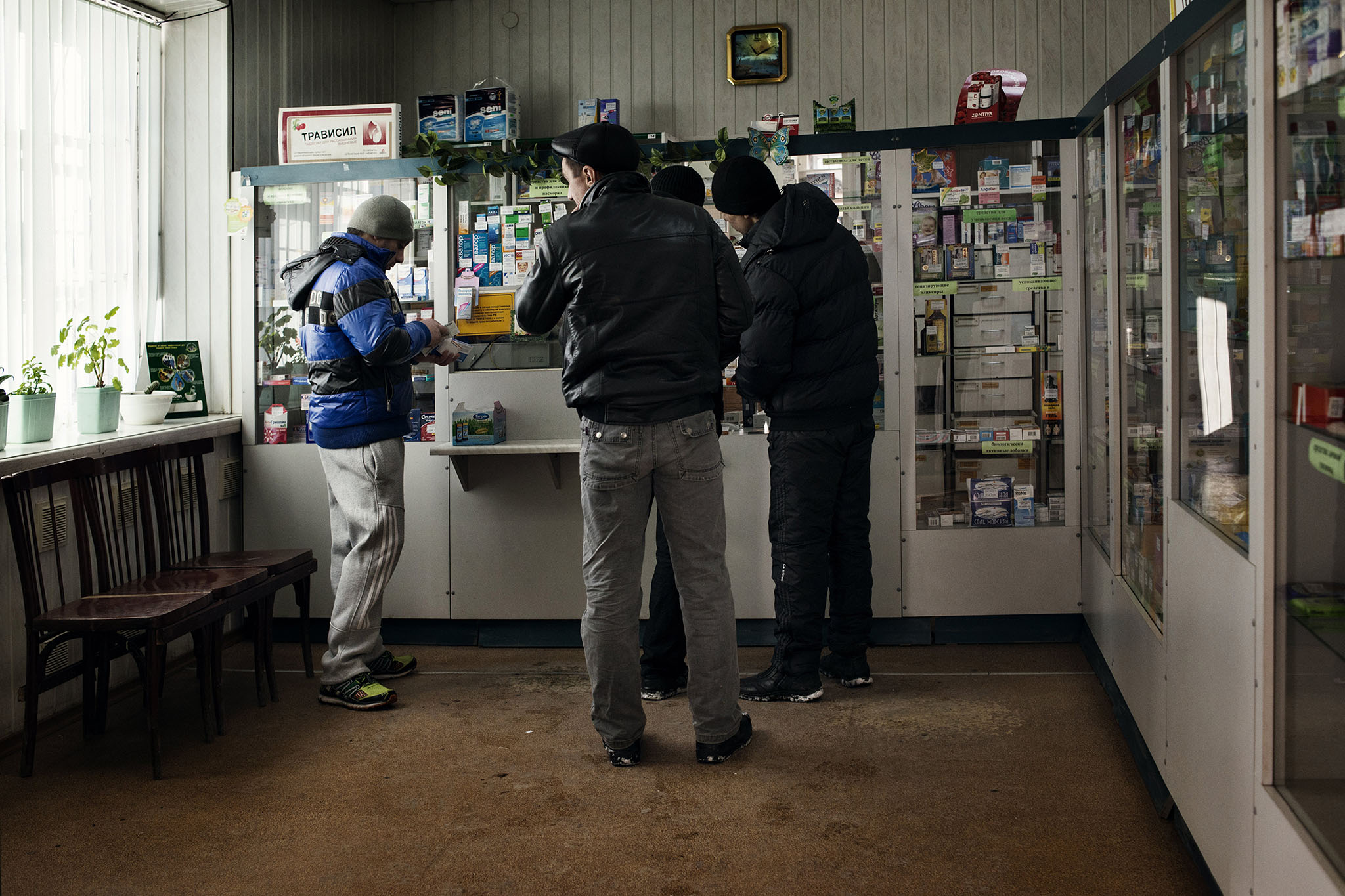 How did you first get access to the Krokodil cookhouse?
The first time I heard about Krokodil was in an online video. It immediately caught my attention and I started to do research. I got in contact with a Russian journalist who had frequently traveled in Yekaterinburg to do research for a book about this drug. She shared with me most of her contacts and that’s how I met with Lyudmila and Ivan who were working for an organisation that helps drugs addicted people.

Ivan, a former drug addict, introduced me to some drug users, and thanks to his past these people trusted him and started to allow me to stay with them. It was a slow process. After three weeks in to my first trip I thought that I would leave Russia without any pictures.

But then I got access to their houses and during my second trip, Zhanna, one of the girls I started to follow, told me that one of her friend wanted to meet me. Was Andrey an incredible and intriguing person who started to invite me to his house giving me incredible access during the cooking and the consumption. 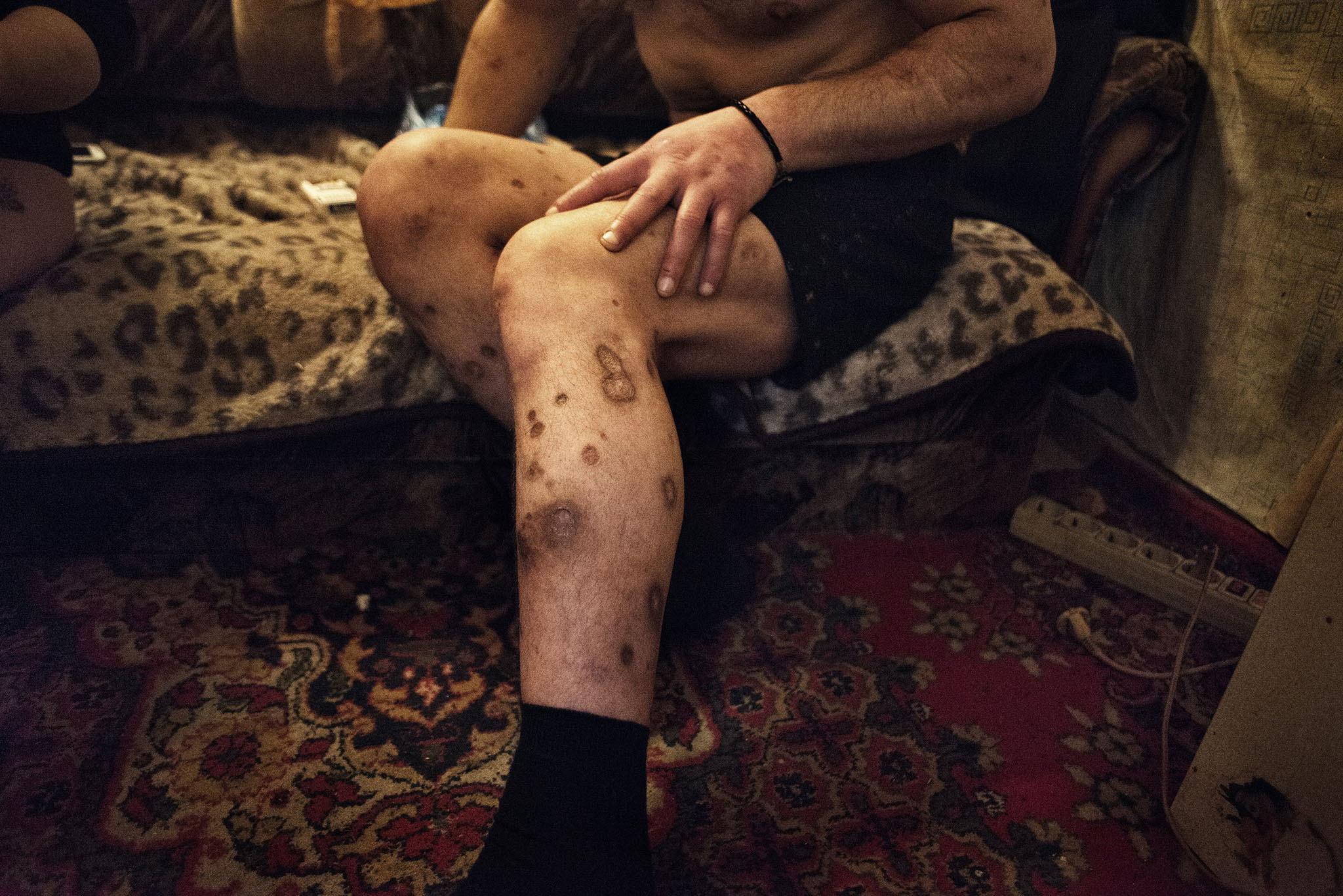 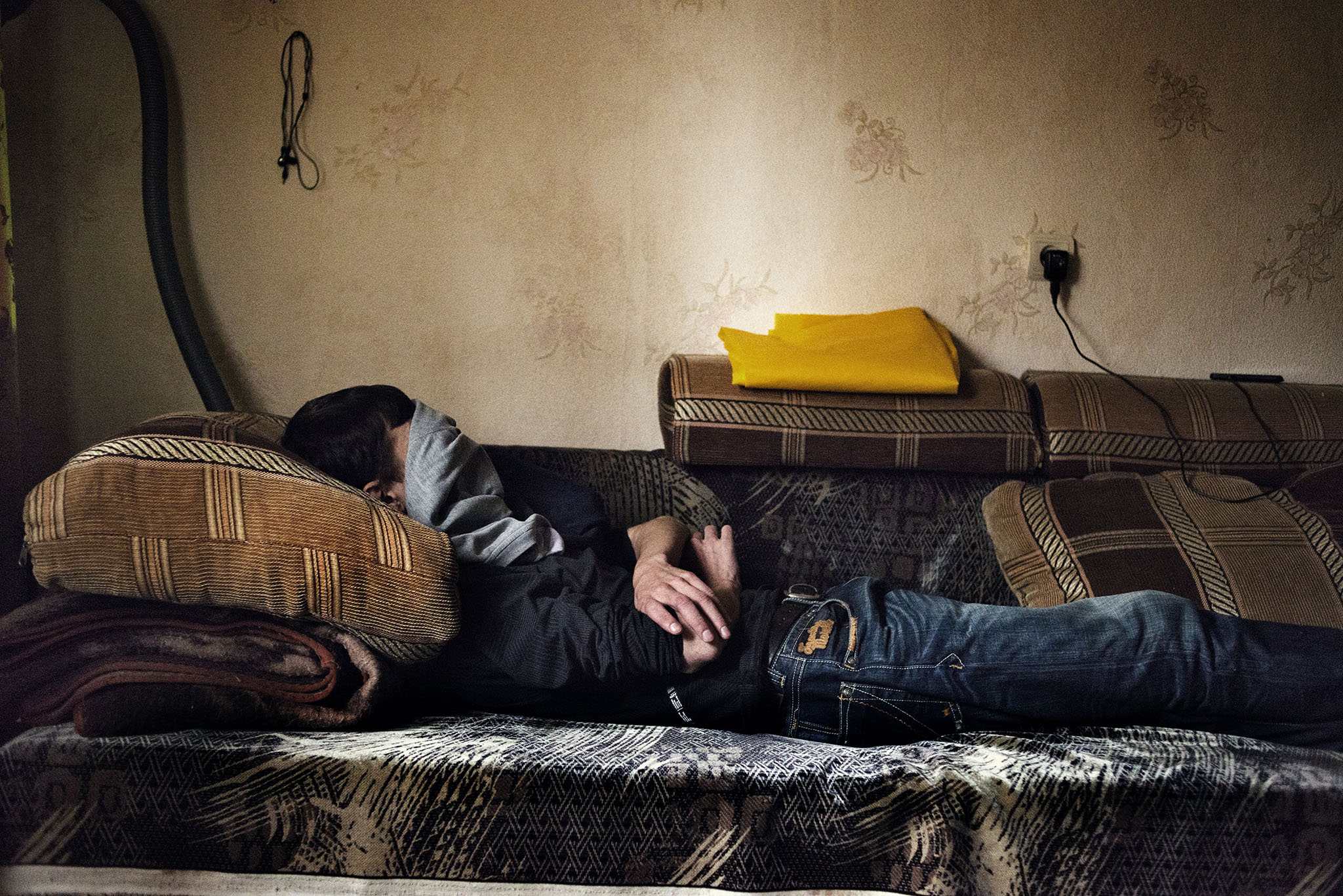 Did you feel a connection with anyone you met? Did any one person in particular make a strong impression on you?
Definitely. I have established a special relationship and a particular connection with Oxana and Olya, two friends who were often together and also with Andrey, Zhanna’s friend who asked to meet me.

Returning for the third time, three years later, I was very happy to meet again Andrey and Zhanna. Although, Andrey was at the hospital and seriously ill with hepatitis. Due to her long term use of Krokodil, Zhanna is no longer able to stand and lies in a bed. But they were still alive and that was the most important thing. While Olya unfortunately died before I could meet her again. 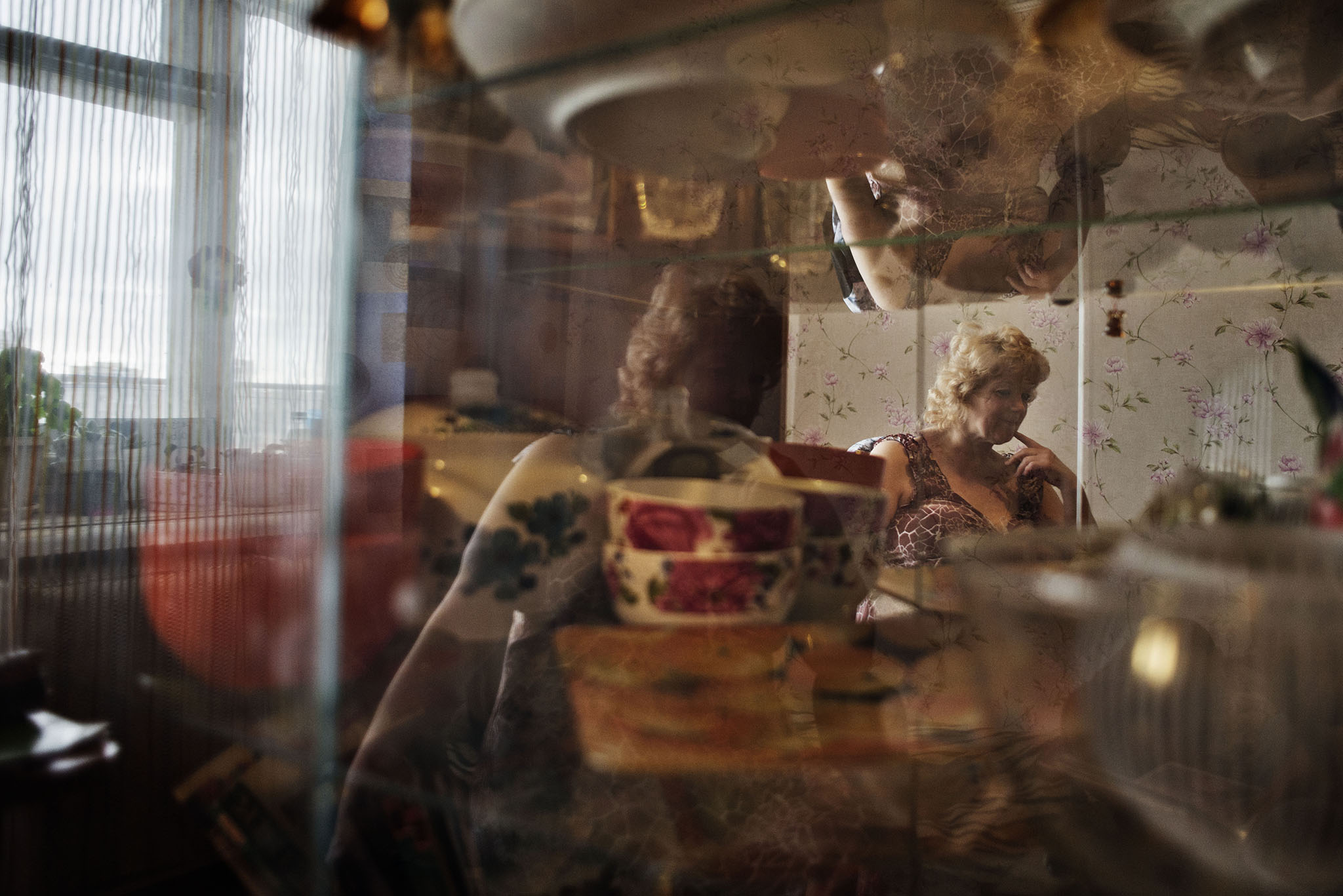 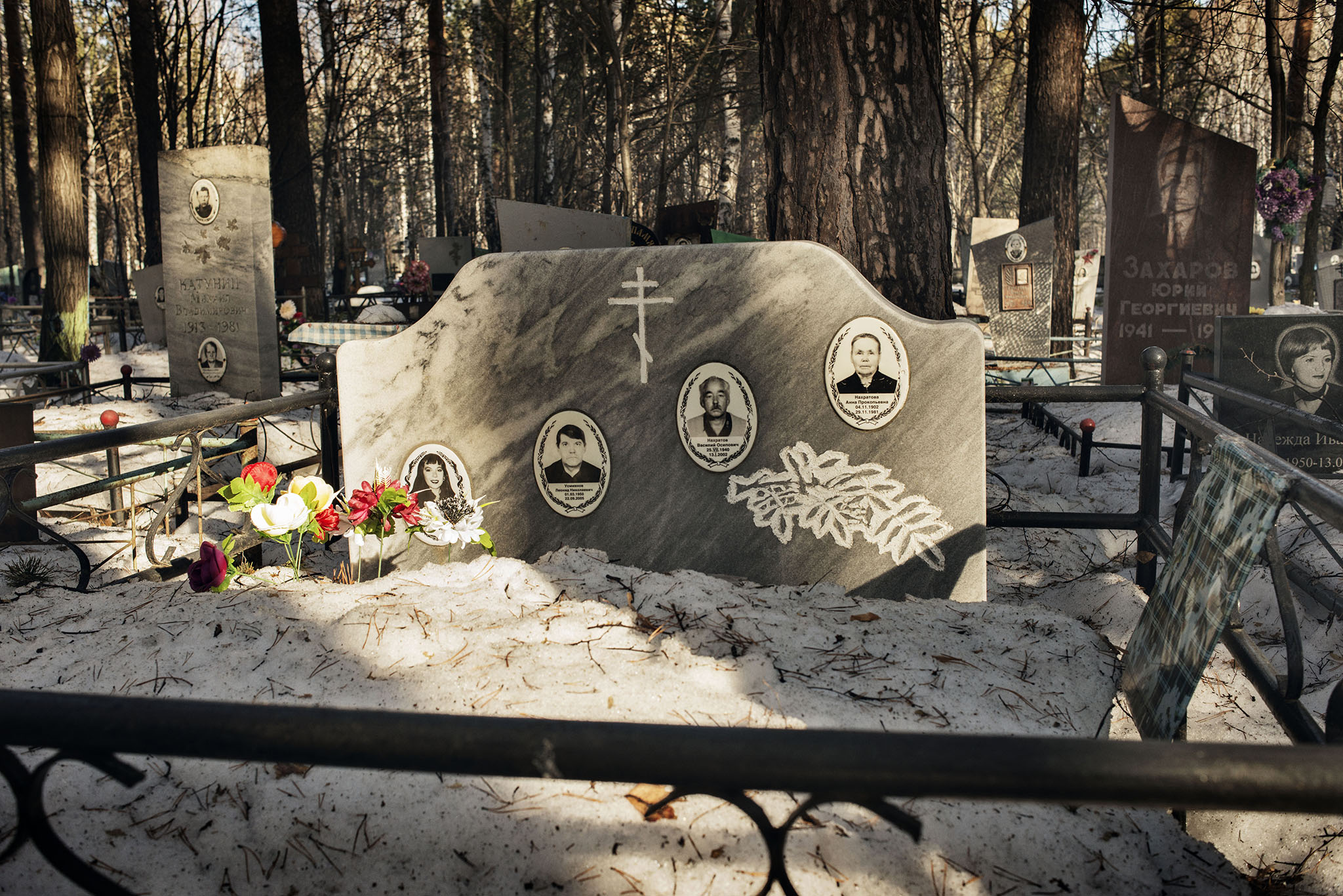 What was the most worrying thing you learned or saw while making the project?
One of the most worrying things I saw was the effect that Krokodil had on the people after it was consumed. After just one day there were people who were unable to talk or walk because the drug had strongly affected their brains, cancelling their motor or speech functions.

I was impressed by the almost total absence of any public policies to help the drug users. The only thing the Russian authorities are doing is imprisoning the drug users, worsening their conditions. Once they get out are often sick and victims of further discrimination. 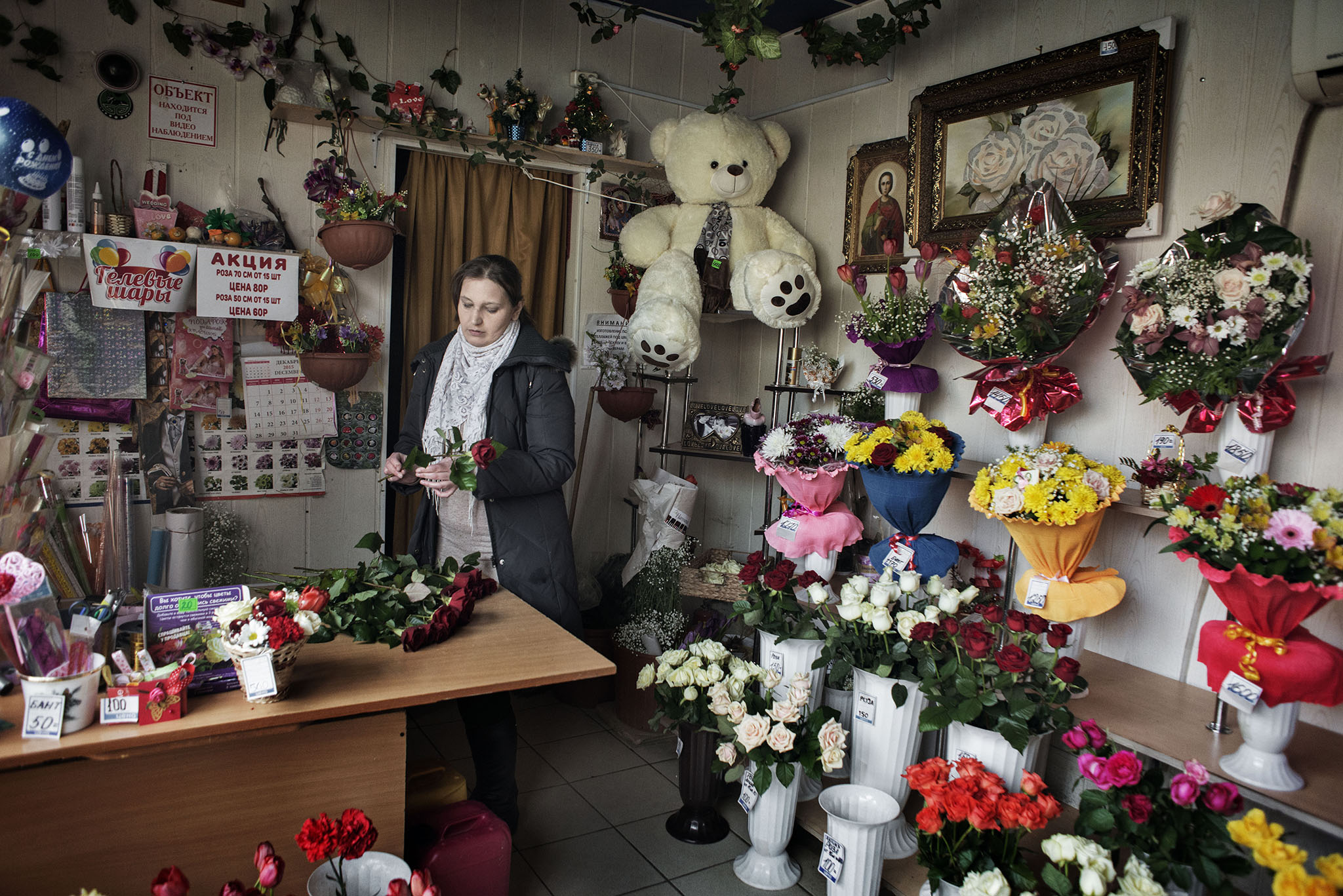 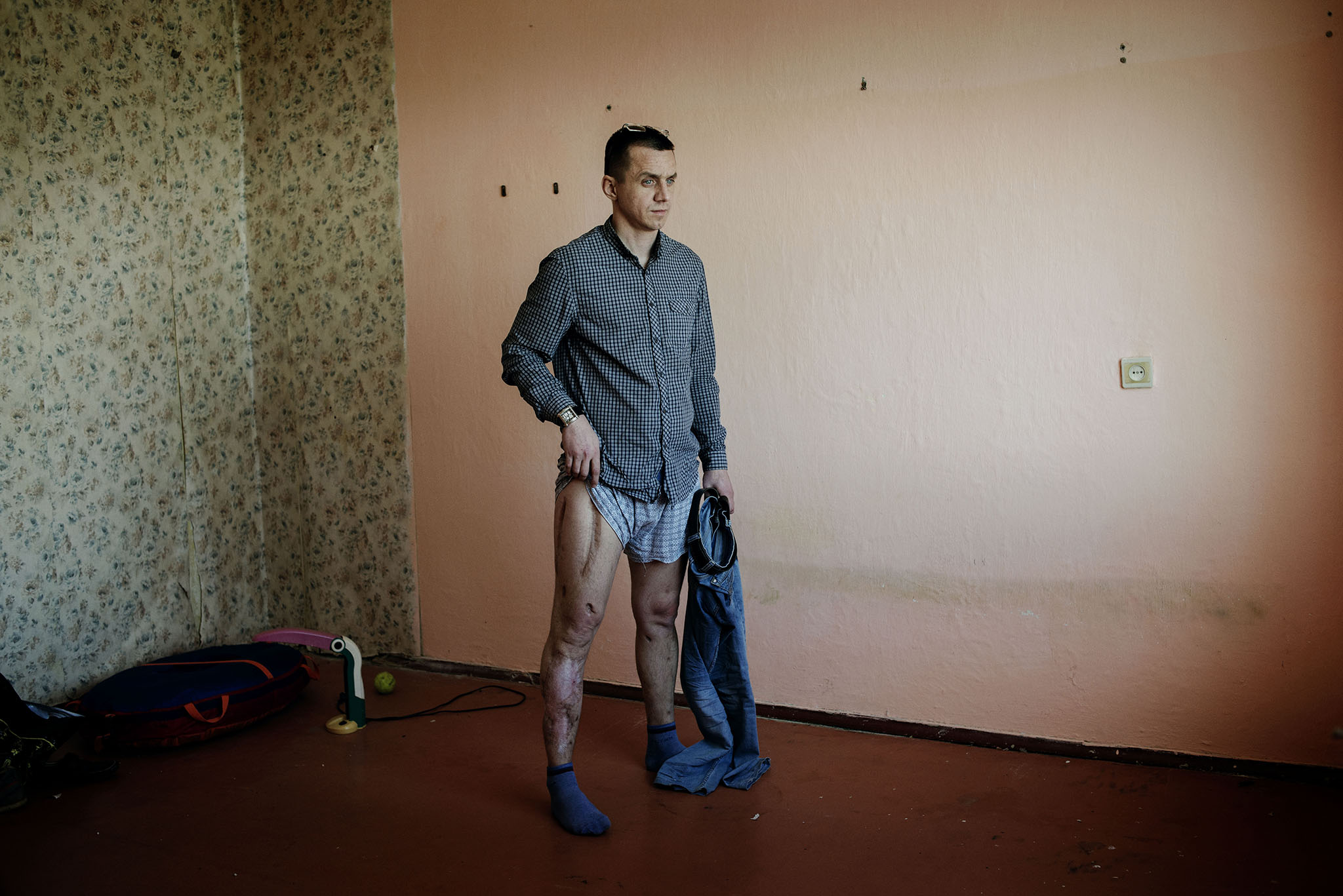 What effect do you hope you work has on people who see it?
One of the reasons I started this work was because I wanted to produce a documentation of the Krokodil phenomenon for the countries not yet affected, but at risk. Among the various people who have been in contact with me about this project, there was a Brazilian teacher who has used my work to speak and warn their students about Krokodil, which has appeared in some cases in Brazil.

Returning for the first time in three years, I tried my best to tell Oxana’s story: two years of Krokodil use have left her in bed, half paralysed and she will need surgery if she is able to walk again. I really hope that somebody will see my photos who has the ability and resources to do something to help her. 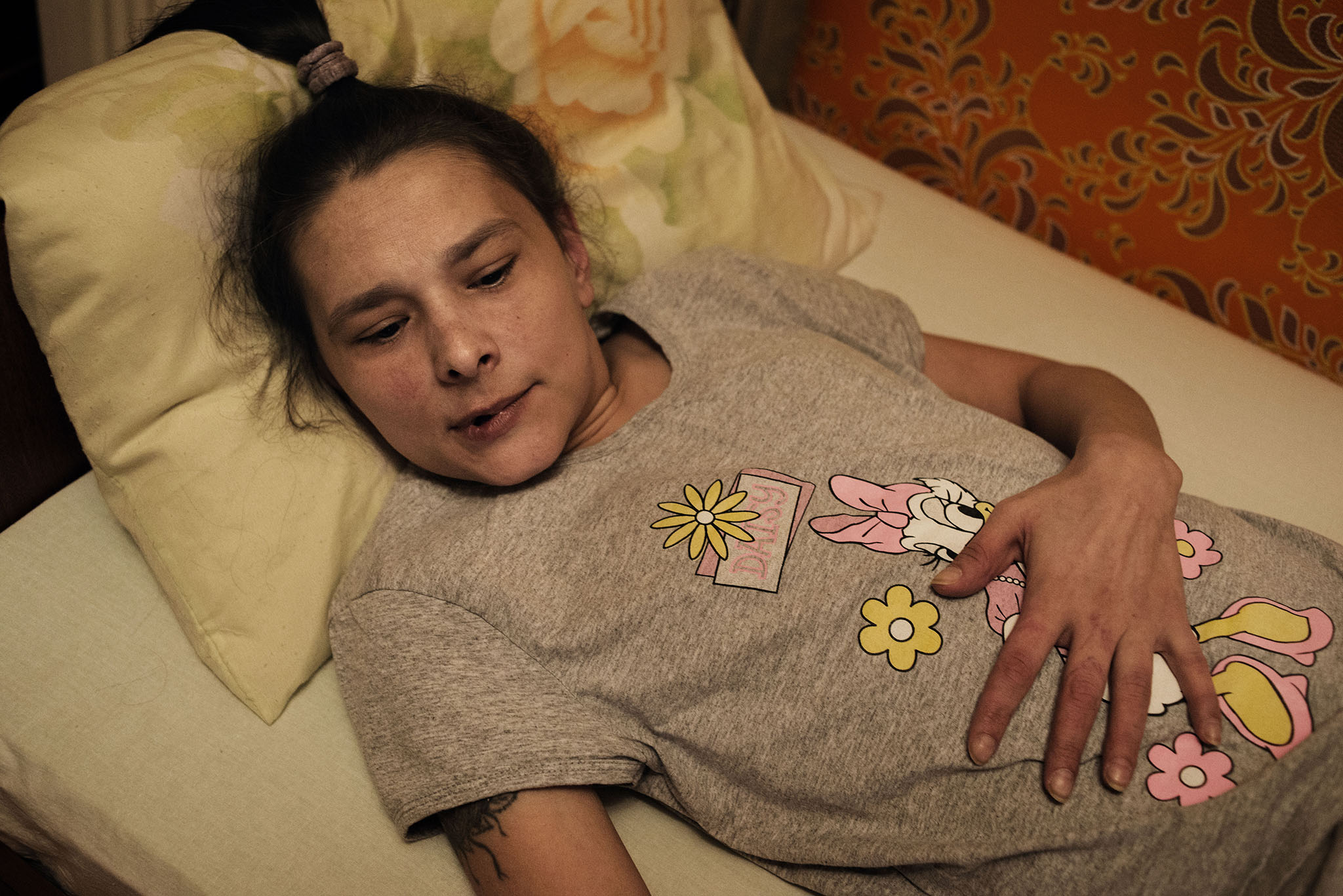 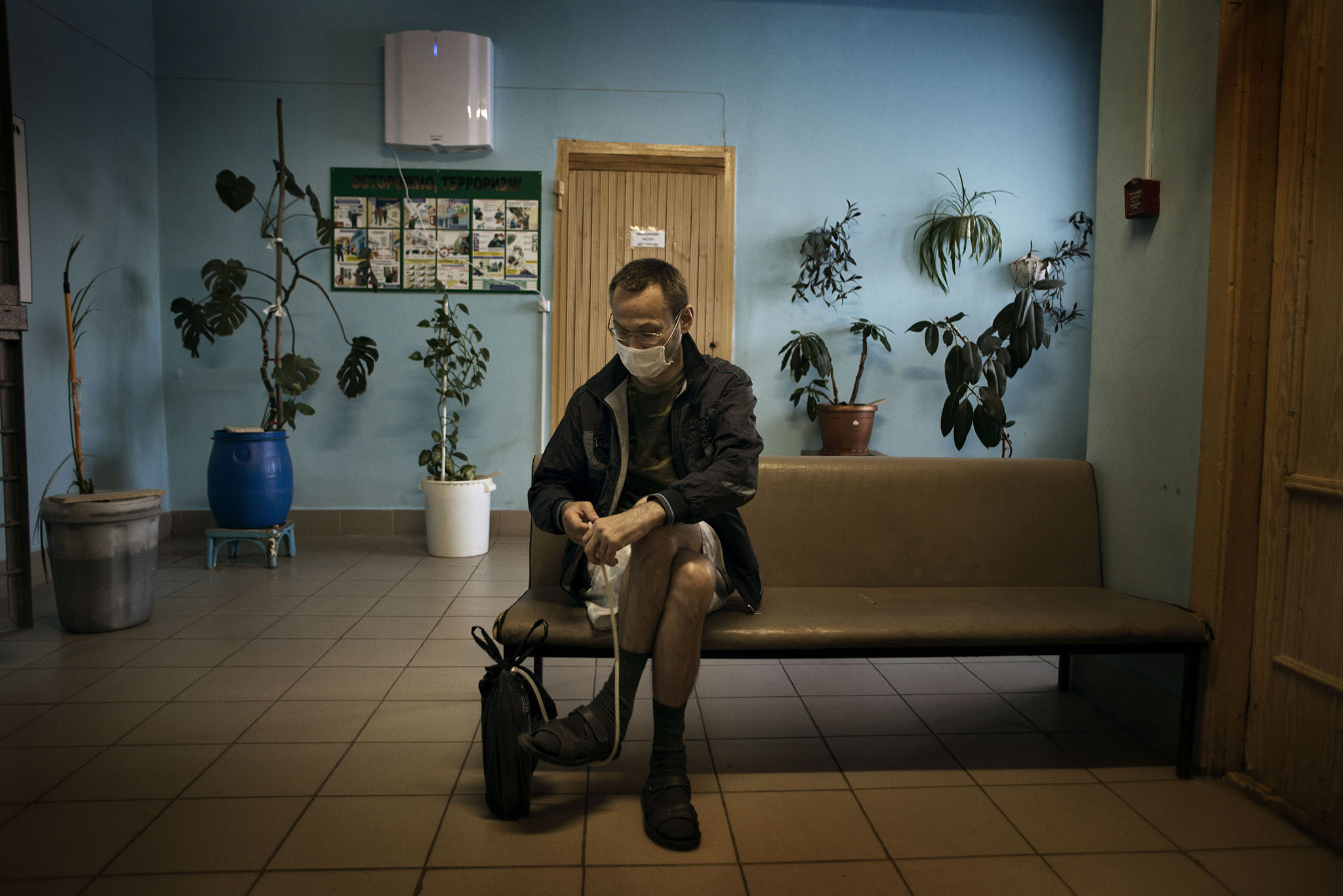 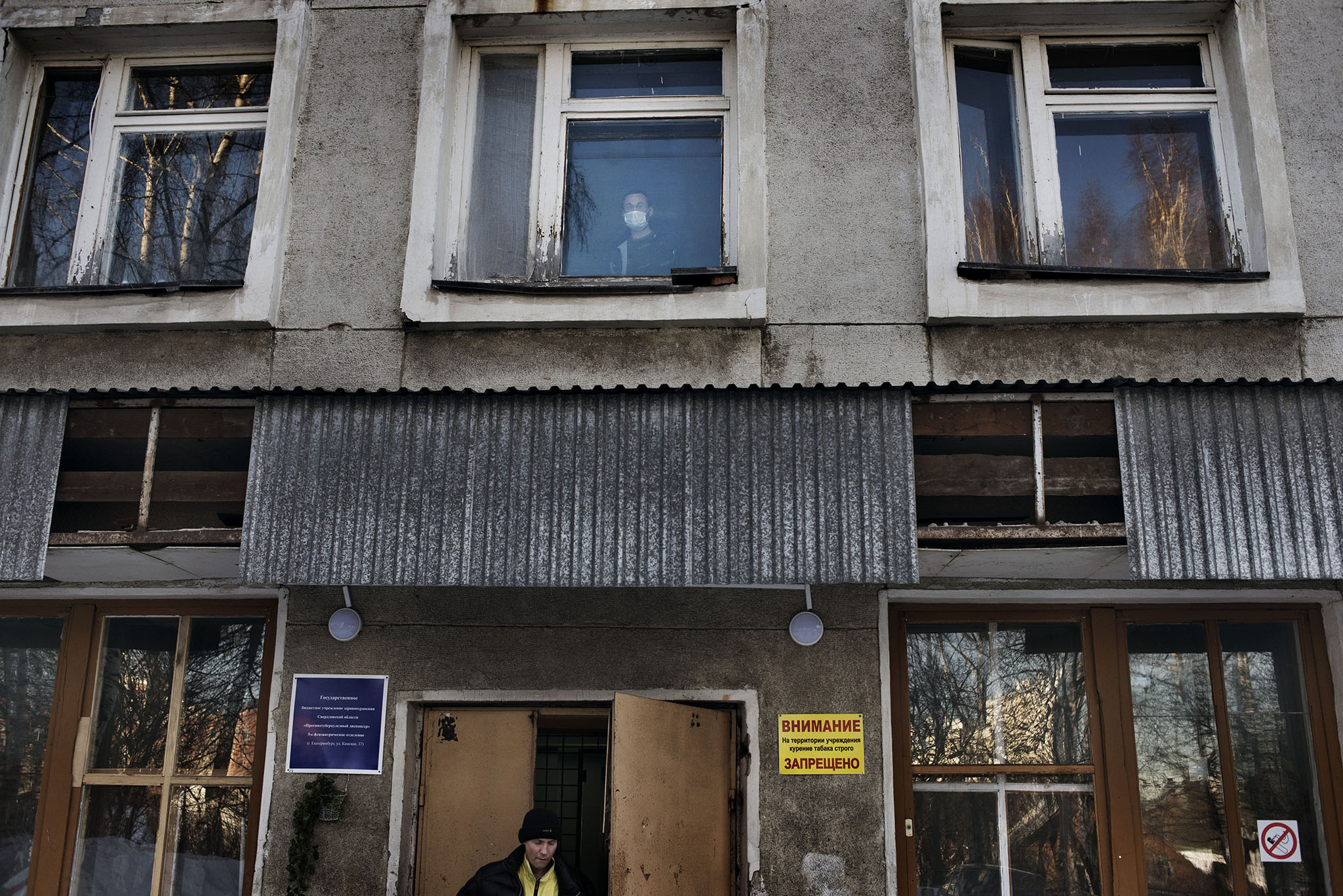 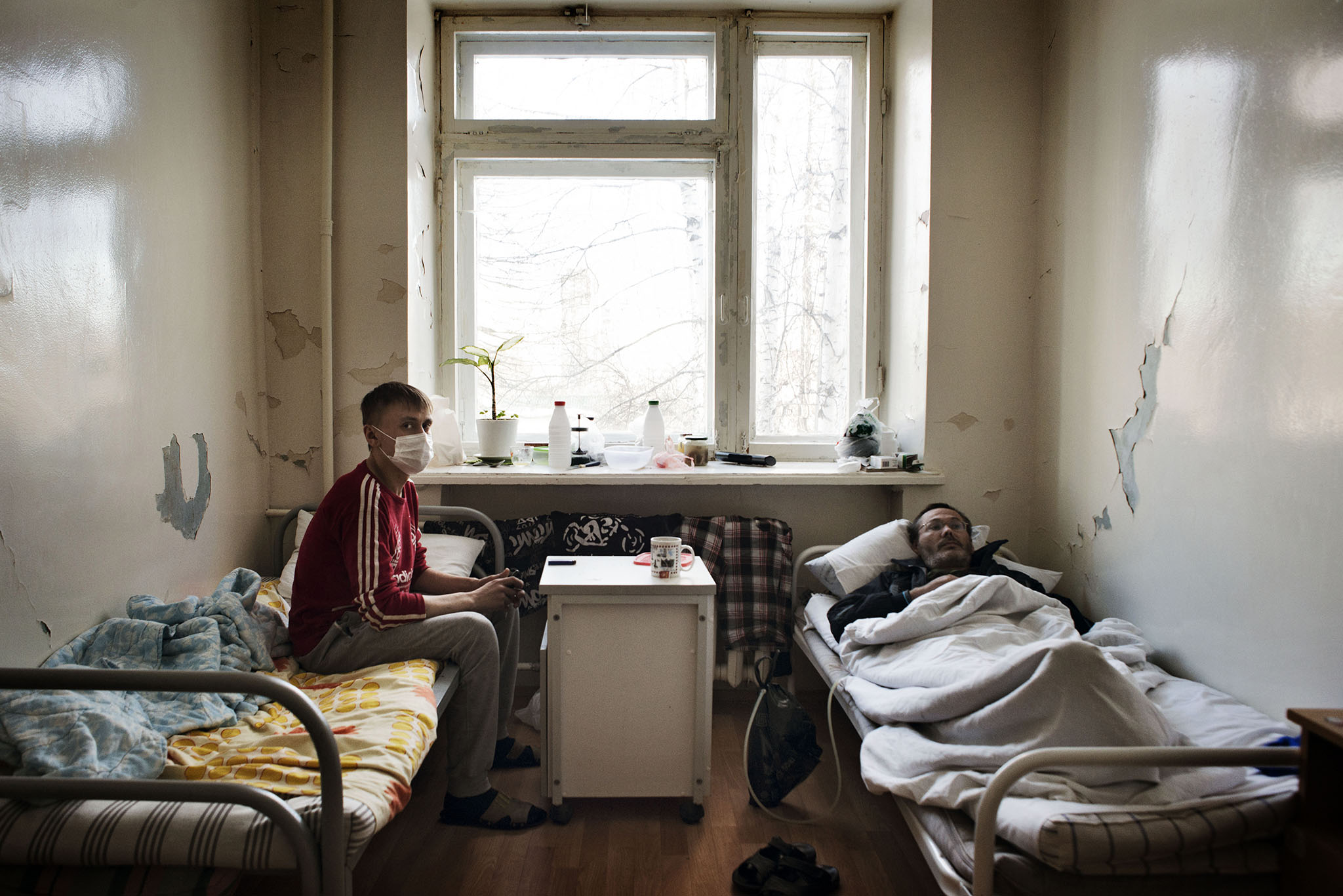 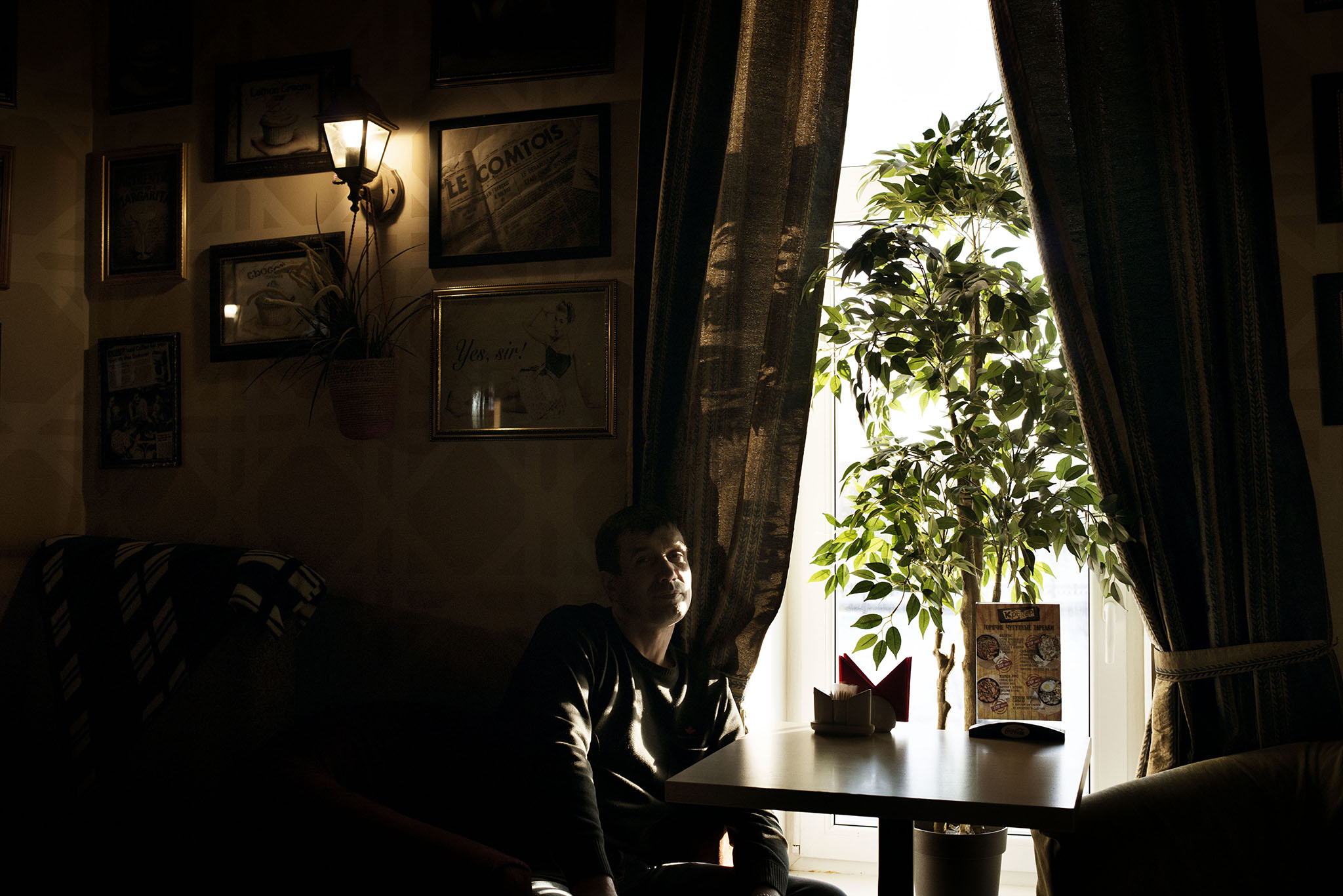 Linkedin
RELATED ARTICLES
OTHER ARTICLES
Photographer Bud Glick recounts documenting everyday life in the area, and what it taught him about the Chinese immigrant experience.
From the early originators to the female writers at the forefront of today’s scene, we talk to the artists redefining graffiti’s consciously macho origins.
A new series of photos by Johny Pitts shines a light on communities and subcultures that have all too often been overlooked.
Danny Burrows discusses his new series of images documenting an pacifist anabaptist community who lead an alternative way of life.
A 28-year-old from Texas was forced to travel across state lines for an abortion that would save her life and end a pregnancy that her baby had no way of surviving.
Tough fines and arrests for drug possession and supply is pushing festival-goers towards unsafe measures to consume or smuggle in their substances.