Art & Culture / Photography / In Pictures: Culture, class and identity through the decades 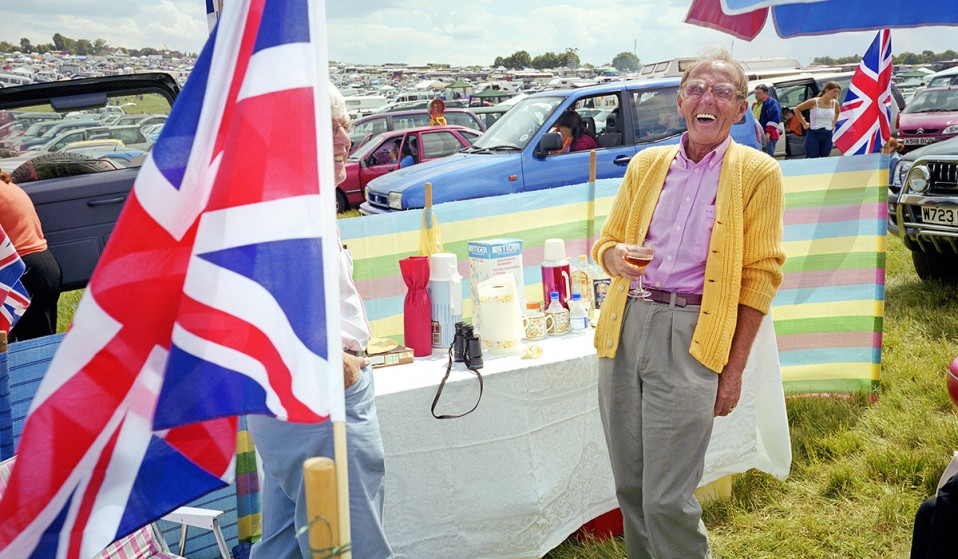 Pooling together the works of 20 iconic photographers, ‘An Ideal For Living’ shines a light on class, culture and identity from post-World War I Britain to now, featuring images from the likes of Charlie Phillips and Henri Cartier-Bresson.

Pooling together the works of 20 iconic photographers, ‘An Ideal For Living’ shines a light on class, culture and identity from post-World War I Britain to now, featuring images from the likes of Charlie Phillips and Henri Cartier-Bresson.

From the mistreatment of steel workers leading to the 1926 general strike, to the eviction of council families and unresting gentrification of today’s London, the British class struggle has always been a prevalent issue. Capturing the true extent of this is difficult, but a pool of photographers, brought together for Beetles + Huxley’s new exhibition, ‘An Ideal for Living’, have tried.

Red Hijab, Red Dress and Bling, from the series ‘Honest with you’, 2013 © Mahtab Hussain 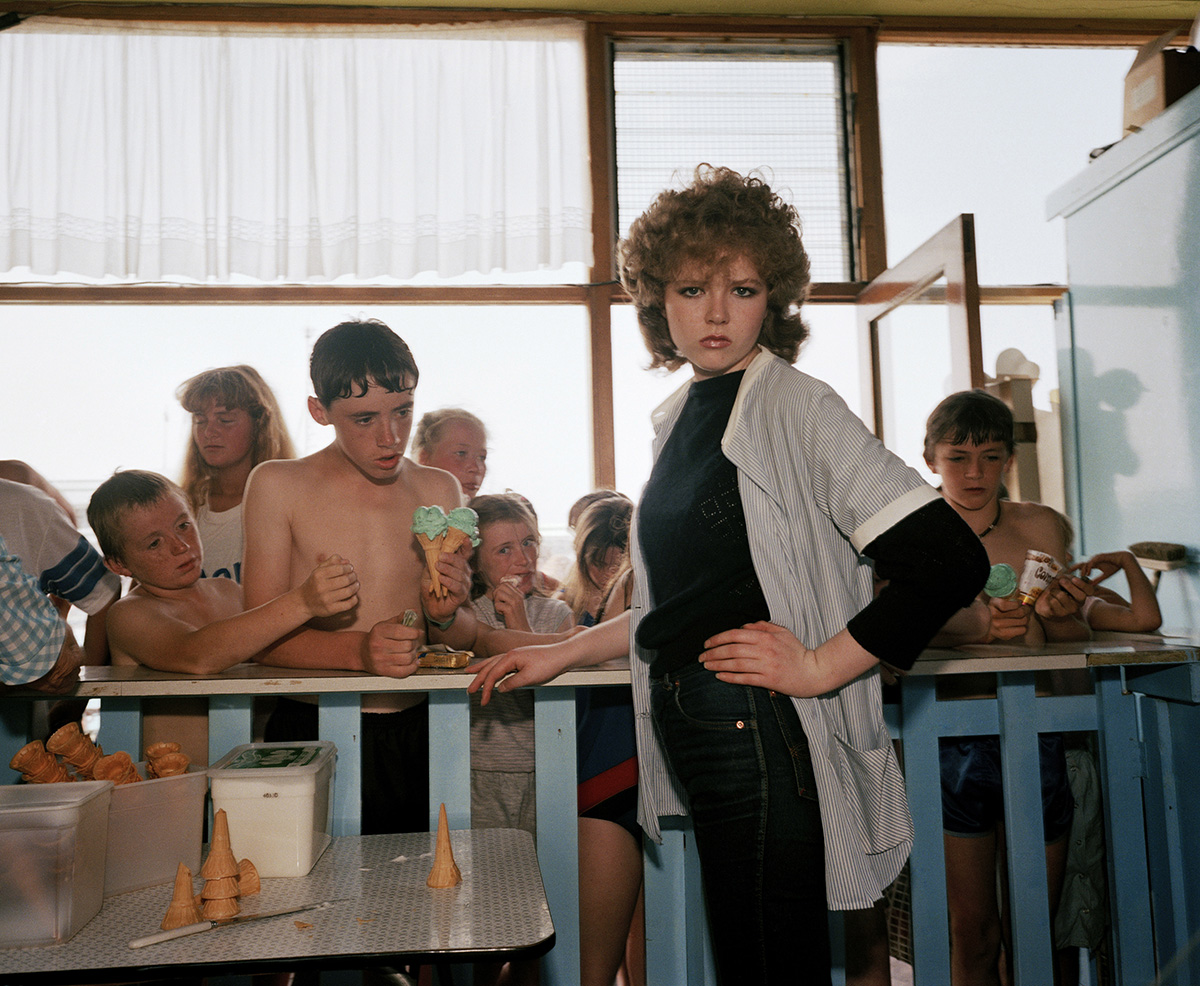 Exhibiting the work of a talented collection of photographers, the exhibition shows the variety and creativity with which photographers have sought to document what they consider to be a particularly British way of life. The exhibition includes Cartier-Bresson’s candid black and white images of inter-war central London, and Simon Roberts’ and James Morris’ examination of rural landscapes in modern Britain.

The project examines the ever-changing face of identity struggle across Britain. While Frank Habicht sought to depict fashions and trends during the 1960s, Charlie Phillips was documenting black communities in the city, returning time and time again to Notting Hill Carnival. 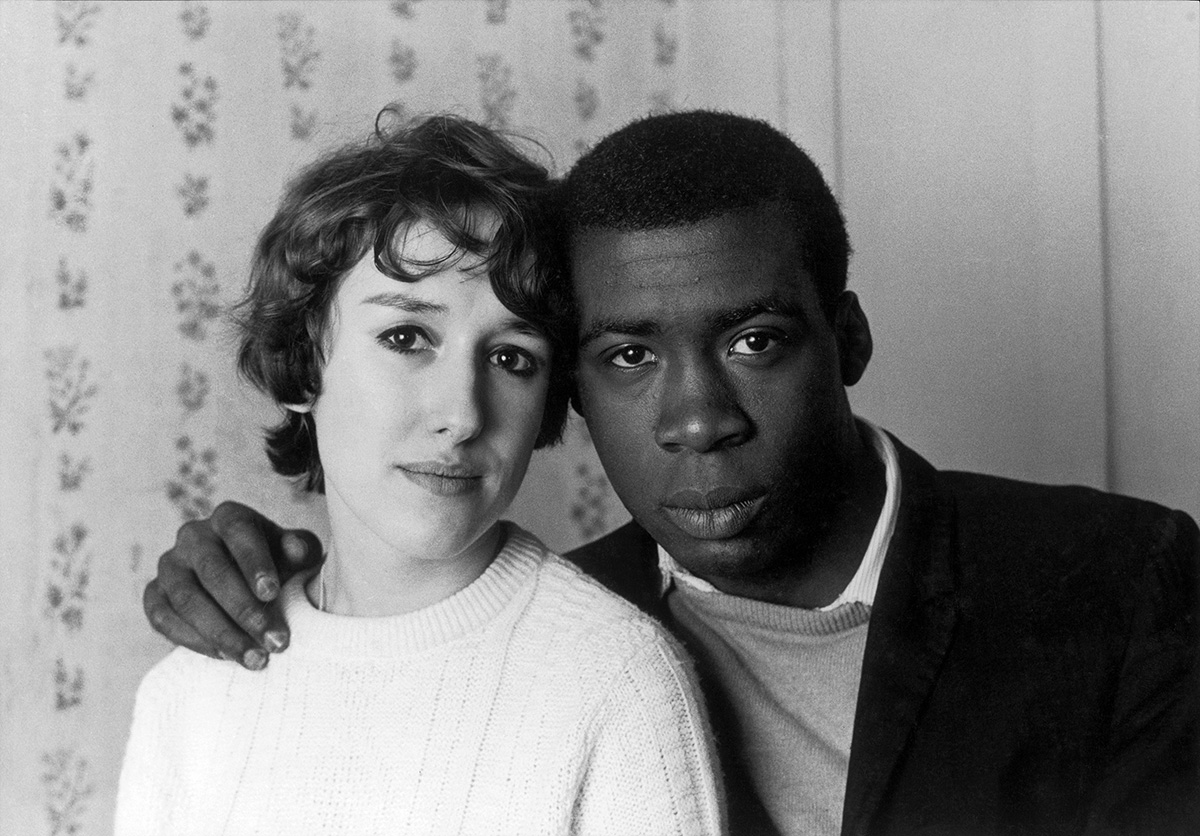 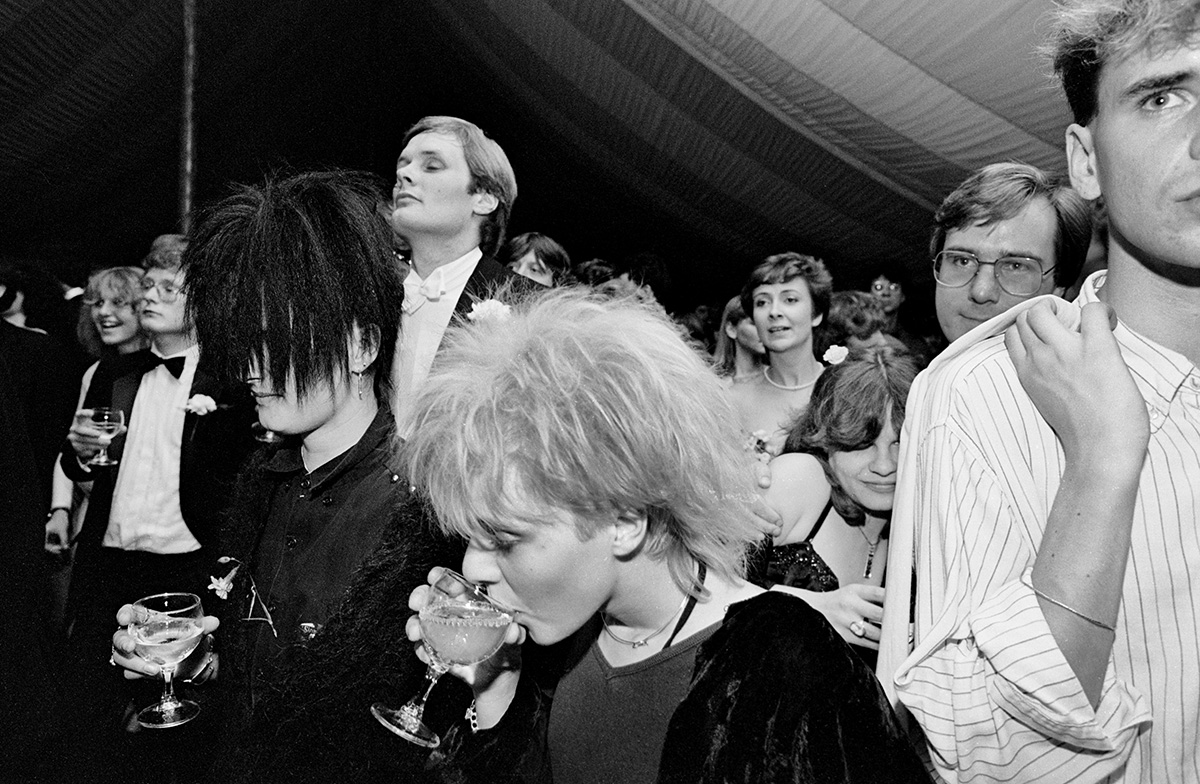 Phillips claims his inspiration for this came from “ the era of cold war and American GI’s who visited the area, at the time the average family was living in one room.”

“Then I saw an illustration by Norman Rockwell, of American Life, in the Saturday Evening Post”, Phillips continues, “and I thought why not apply it to my neighbours and document our Caribbean life.  It was my intention to put them into an album to take with us when I returned to live in Jamaica, which I never did.” 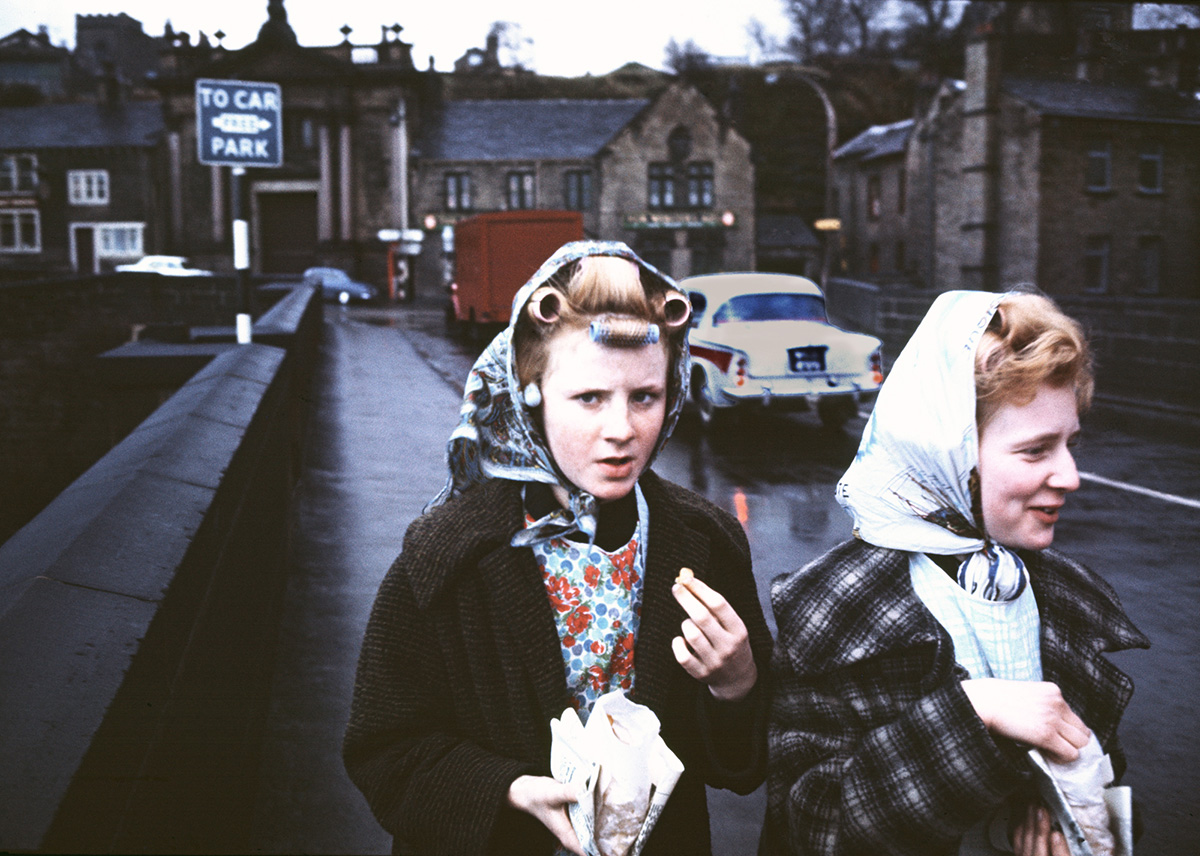 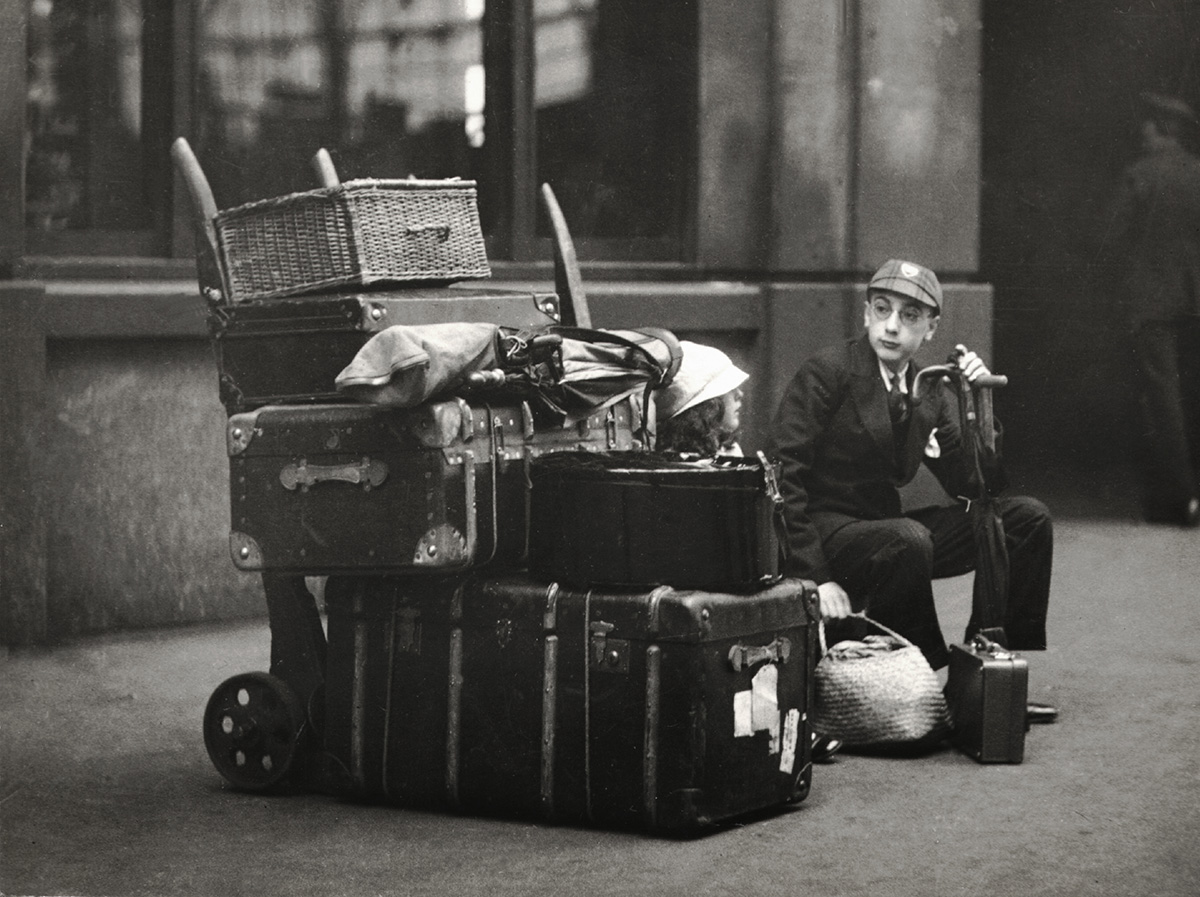 Charlie agreed to be part of this exhibition as he felt his photographs show a side to London’s civil history that is rarely celebrated in pictures. “Emil Otto Hoppés School Boy with Luggage, Paddington Station, London, 1933,  It reminded me of my own childhood. I was twelve when we came to Britain and the memory of arriving at Paddington Station on the boat train.” 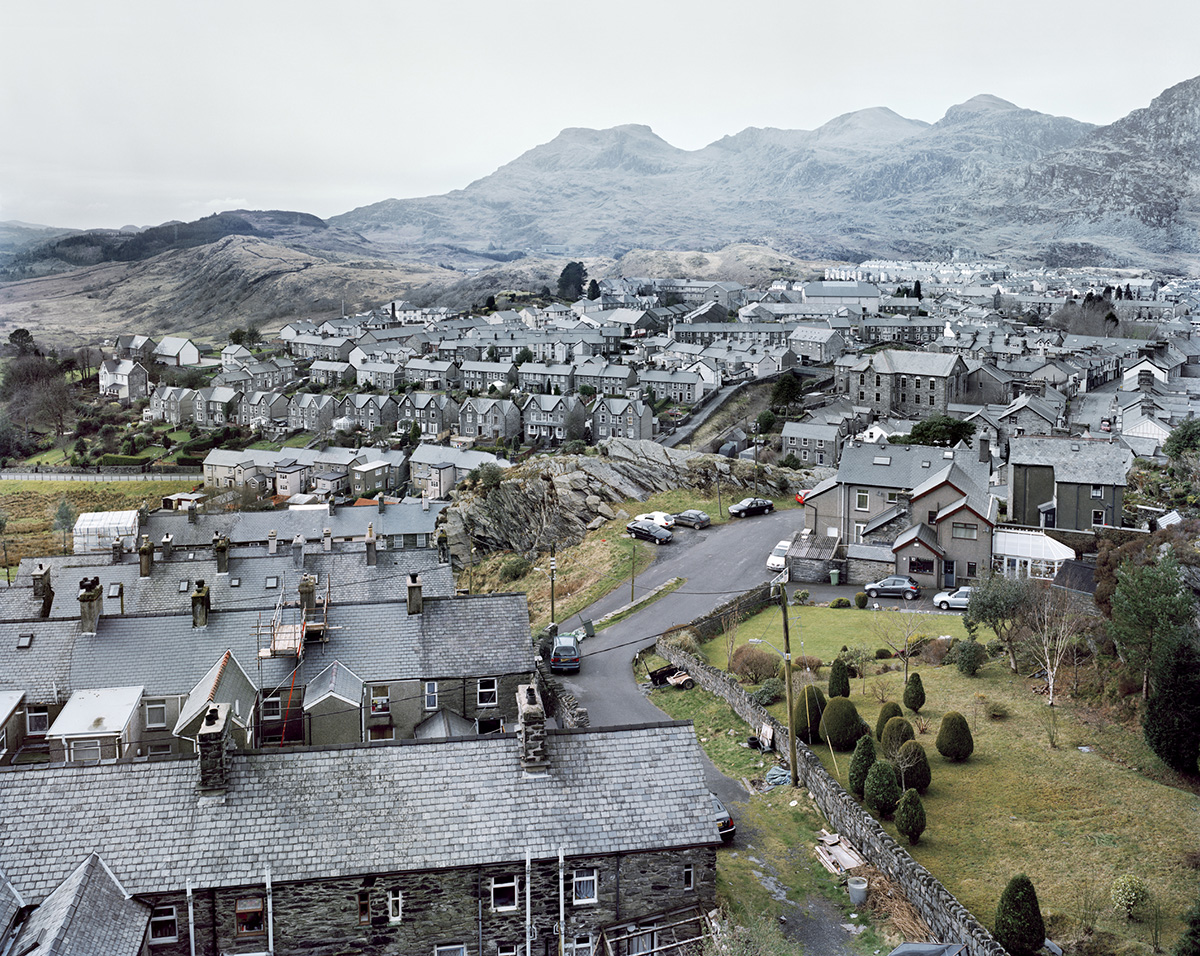 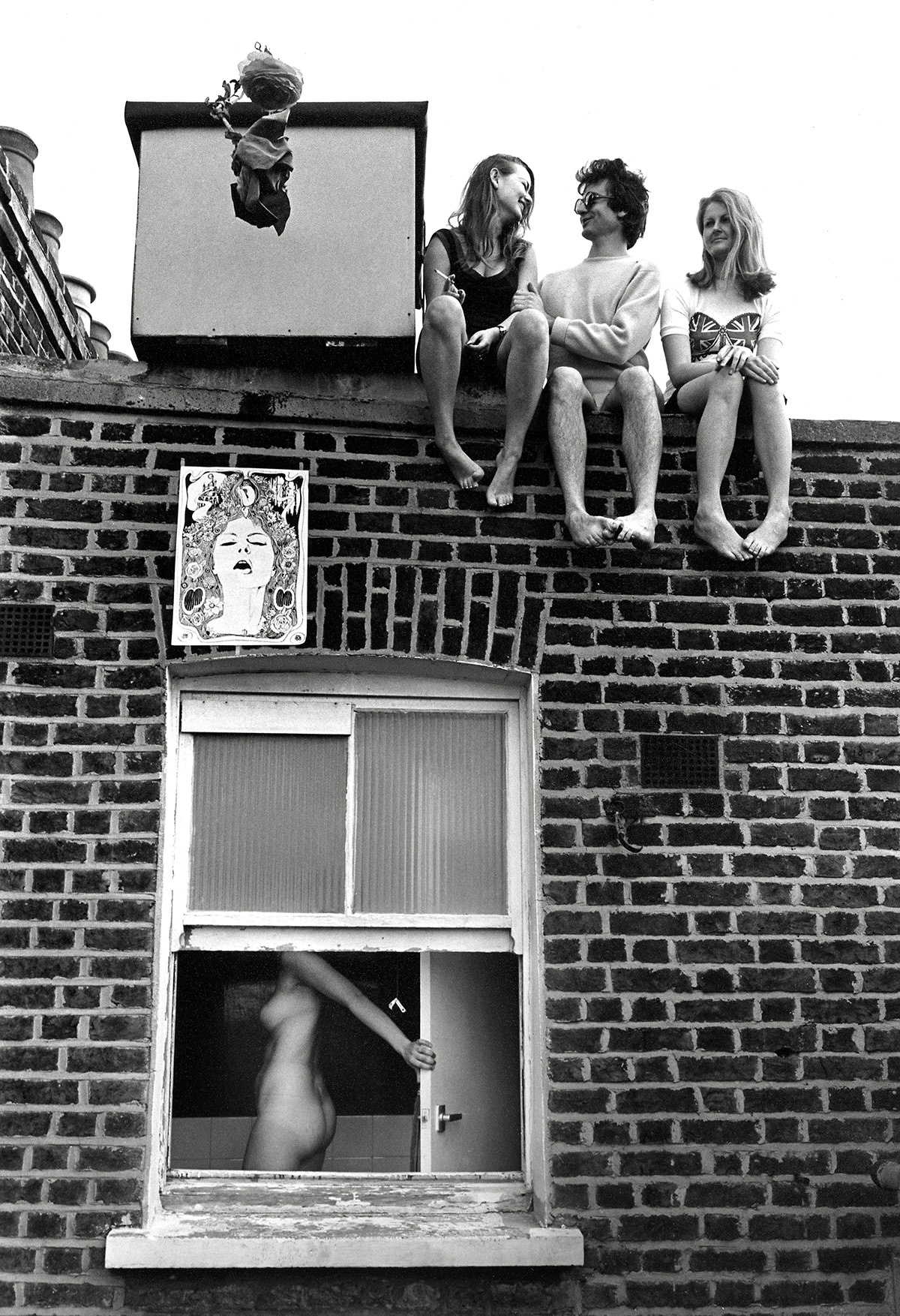 The issue of race is further explored by Syd Shelton, whose photographs of the Battle of Lewisham in 1977 exhibit how punk influenced a generation to abolish racism and instead focus on a more inclusive future for London’s music scene. 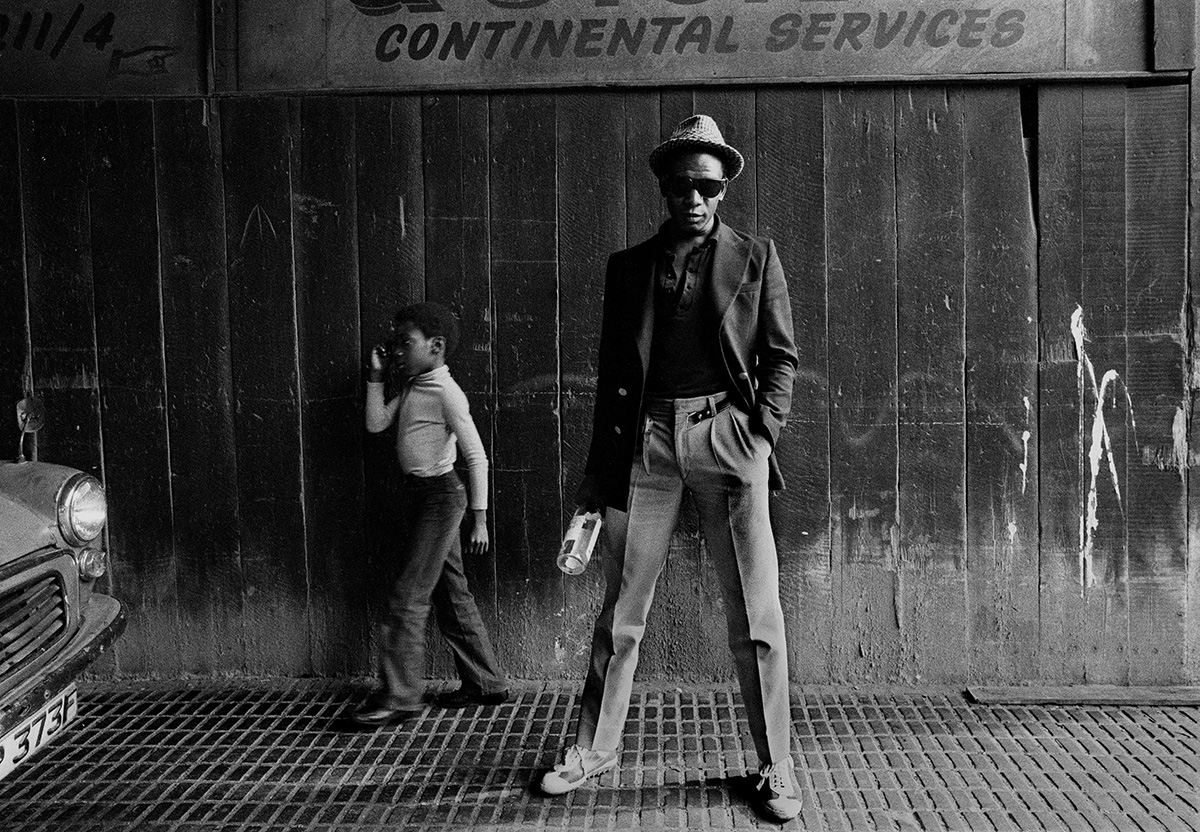 Showcasing other less visible cultures from around the UK, photographs from Chris Killip show the idiosyncratic appeal of rural life in England. He documents a community in Lynemouth that survived by collecting coal from the sea. 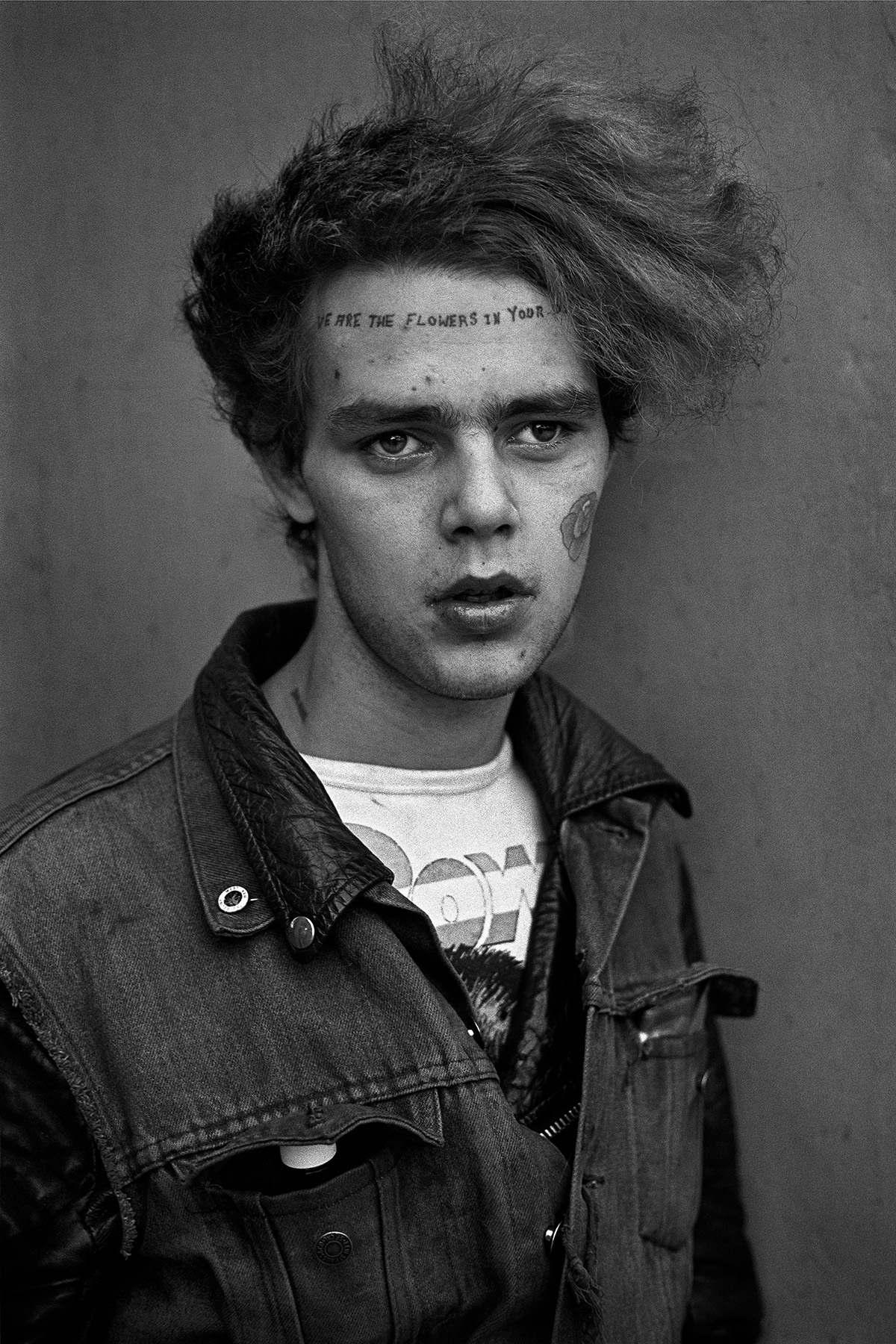 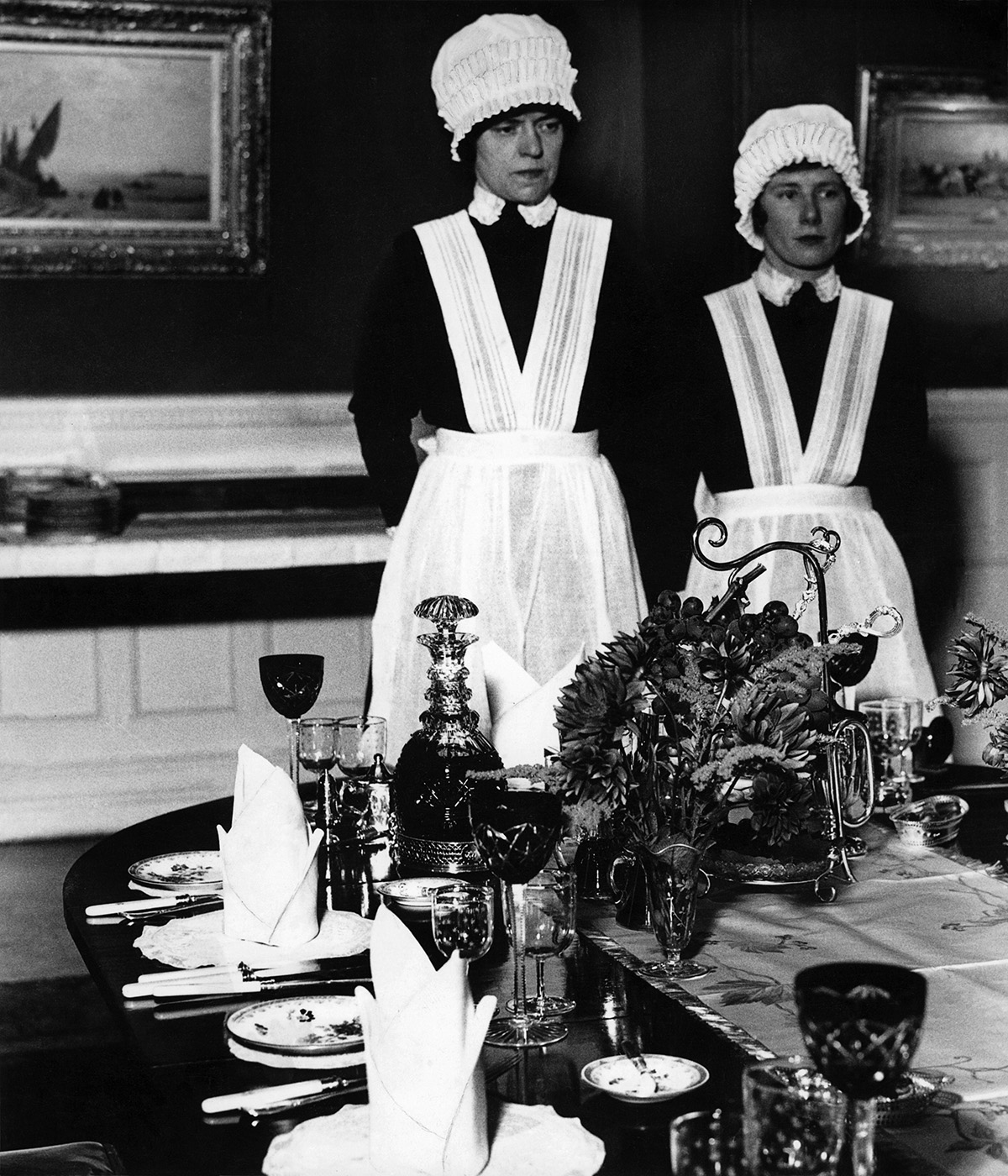 Exploring Britain’s social identity is a subject widely studied but rarely pulled off in a way as convincing as in these photographs. From the windowless houses of miners from the 1930s to the densely populated parks of London’s chaotic summer, this collection offers a chronological look at how the dynamic of Britain’s class culture has responded to a government constantly trying to hold onto their power.

All images courtesy of Beetles + Huxley.

Linkedin
RELATED ARTICLES
OTHER ARTICLES
From snake handlers to mardi-gras revellers, Tom “TBow” Bowden’s photos provide a snapshot of the wonderful and weird people who make up America.
A new law change is enabling Britain’s donor-conceived children to know the truth about their origins – but campaigners say the fertility industry must do more to protect people.
A group of aid workers face prison for helping to save people fleeing their homes at sea. If they are charged, it will have a chilling effect on humanitarian efforts.
Zsófia Sivák’s ongoing project documents the country’s tavern culture, preserving a once defining part of rural life.
Mass crustacean die-offs in the North East have led a community of fishermen to take action to save their seas.
The pro skateboarder withdrew from the 2020 Olympic Games so he could come out as trans. Now, he’s hoping to encourage others to live as their authentic selves – within the sport and beyond.