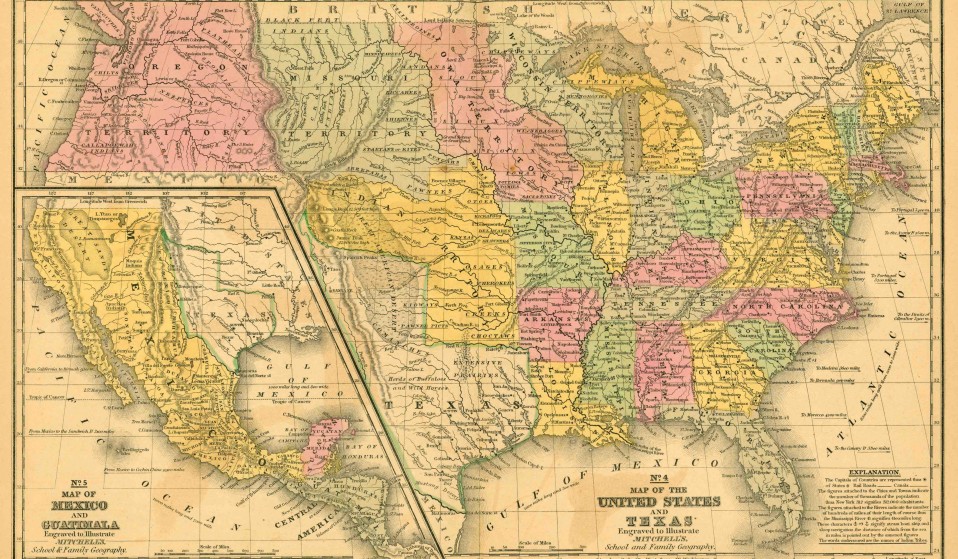 Jeanine Michna-Bales photographs the Underground Railroad, the secret route and network of safe houses slaves used to escape captivity in the United States.

An estimated one hundred thousand slaves between 1800 and the end of the American Civil War in 1865 became passengers on the Underground Railroad, embarking on a journey of hardship to freedom. In Through Darkness to Light, Jeanine Michna-Bales photographs the Underground Railroad, the secret route and network of safe houses slaves used to escape captivity in the United States.

Growing up in the Midwest, the Underground Railroad was understandably an important part of our school curriculum given that some of the routes ran literally through our backyards. I became fascinated with the topic, and often imagined what it must have been like to walk thousands of miles for the chance to be free. 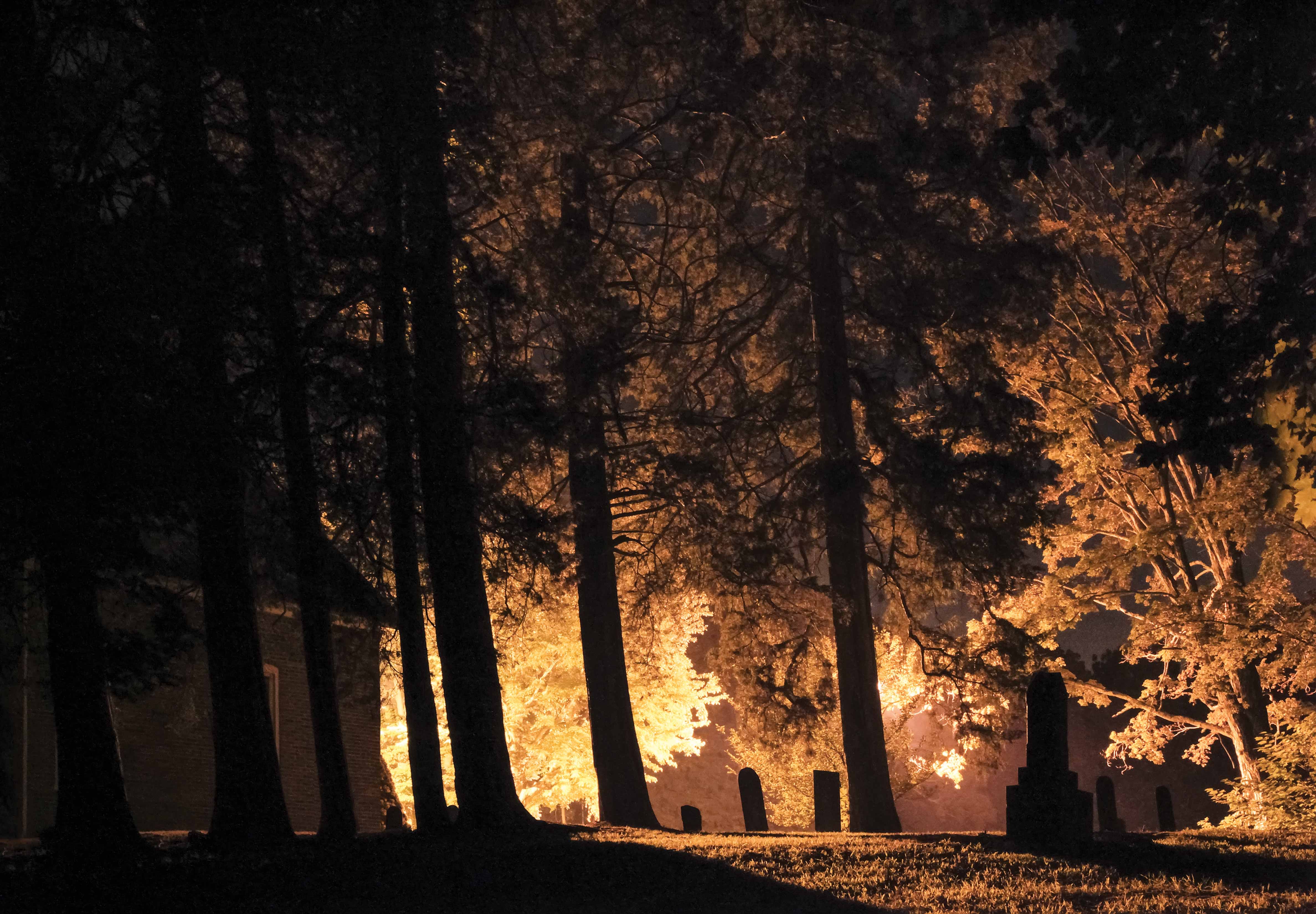 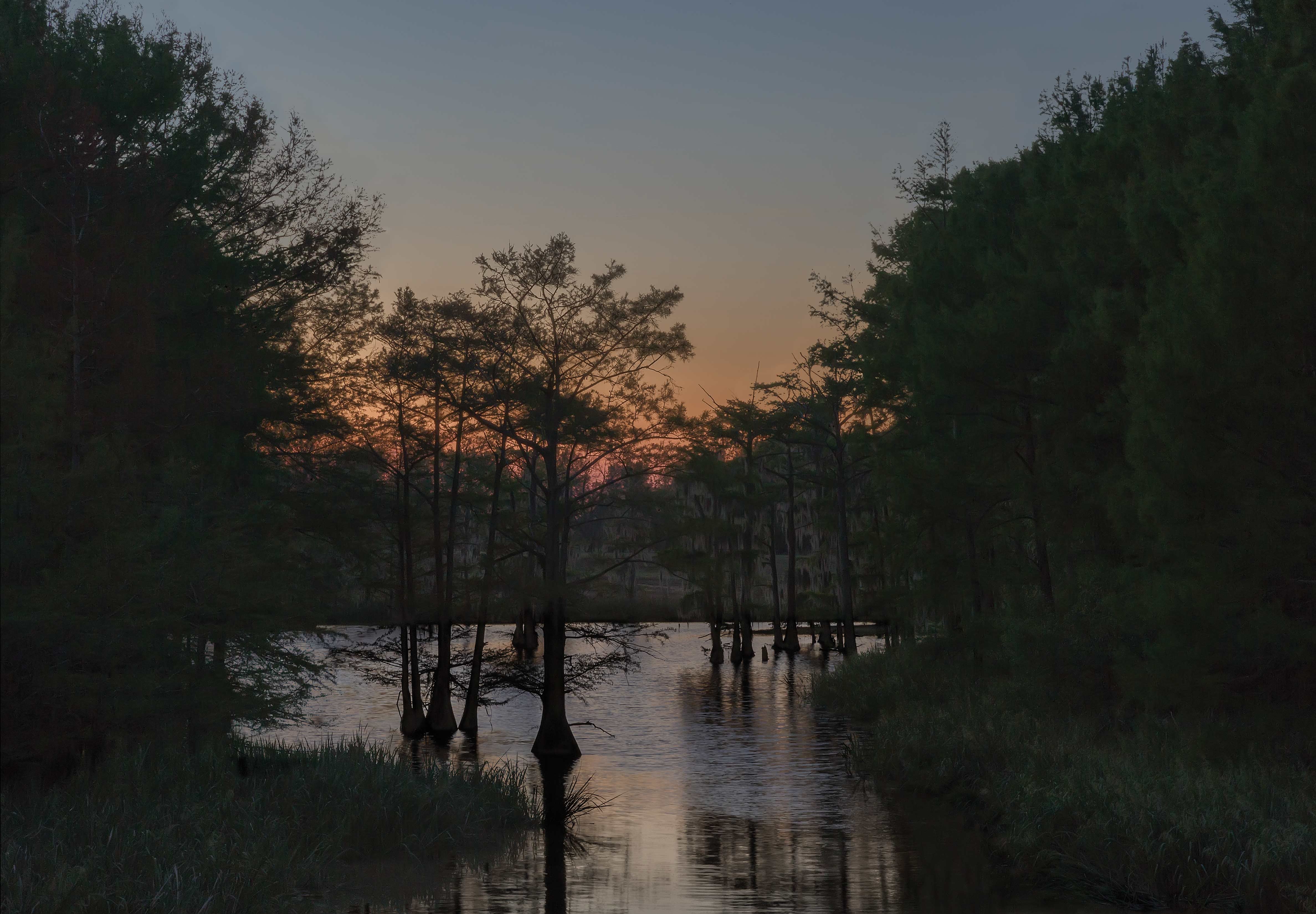 Years ago, I started to write—with a pen on paper—three pages a day. Most of the time I write whatever random thoughts come to me or just list things that have to be done before I can board a plane the next day. Sometimes, though, I’m rewarded for my effort and an exciting idea appears on the page. Such was the case about fifteen years ago when I started to get back into photography.

I began to imagine what the journey north to freedom on the Underground Railroad would have looked like through the eyes of one individual.

I began doing research, and after many starts and frustrating dead ends, my stepfather suggested that we stop by the Indiana Historical Society library. I stumbled on a gold mine that day. A librarian shared a clipping file containing newspaper articles, photocopies of research papers, and other documents (many with notes in the margins referencing other sources) that mentioned the Underground Railroad. 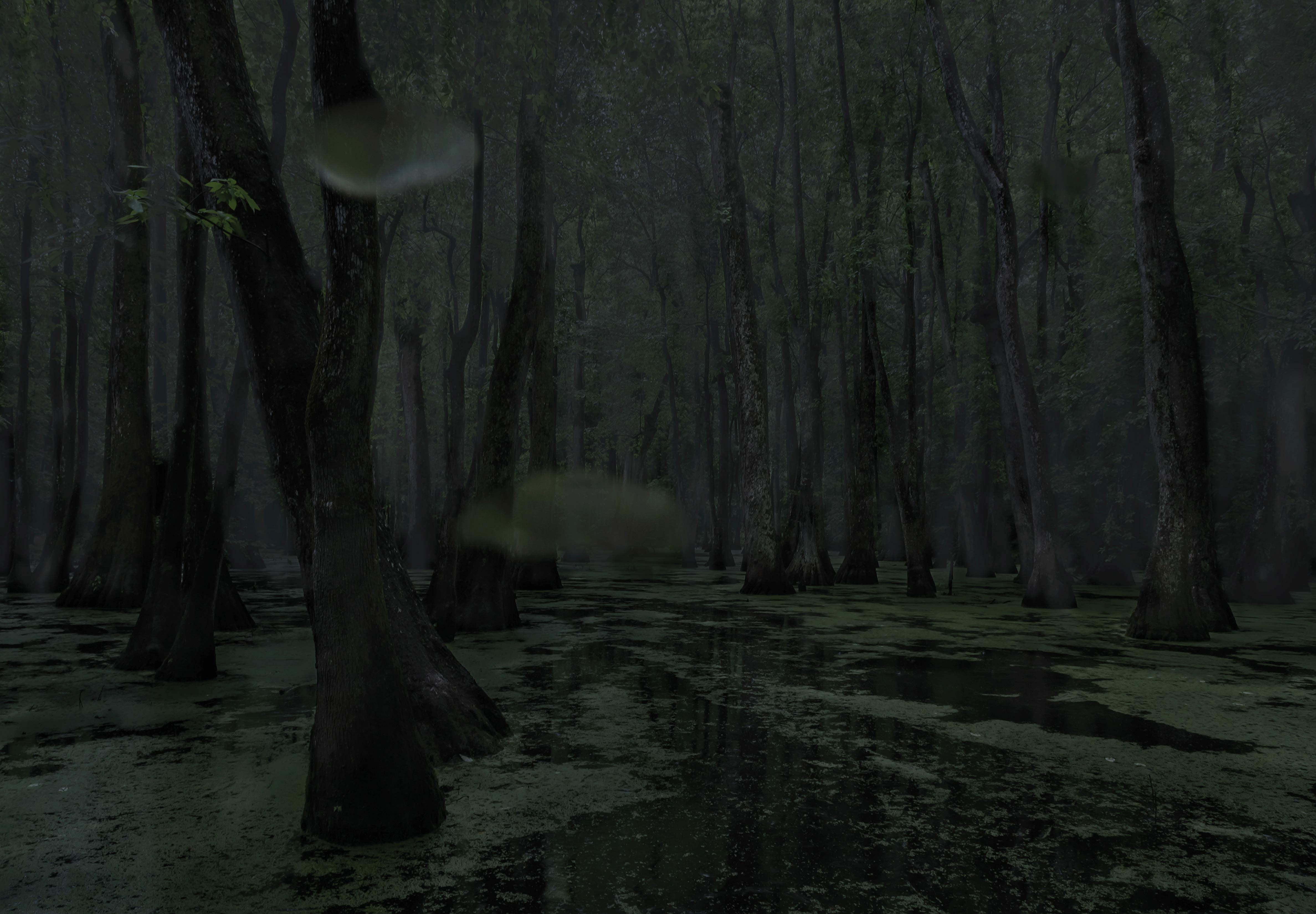 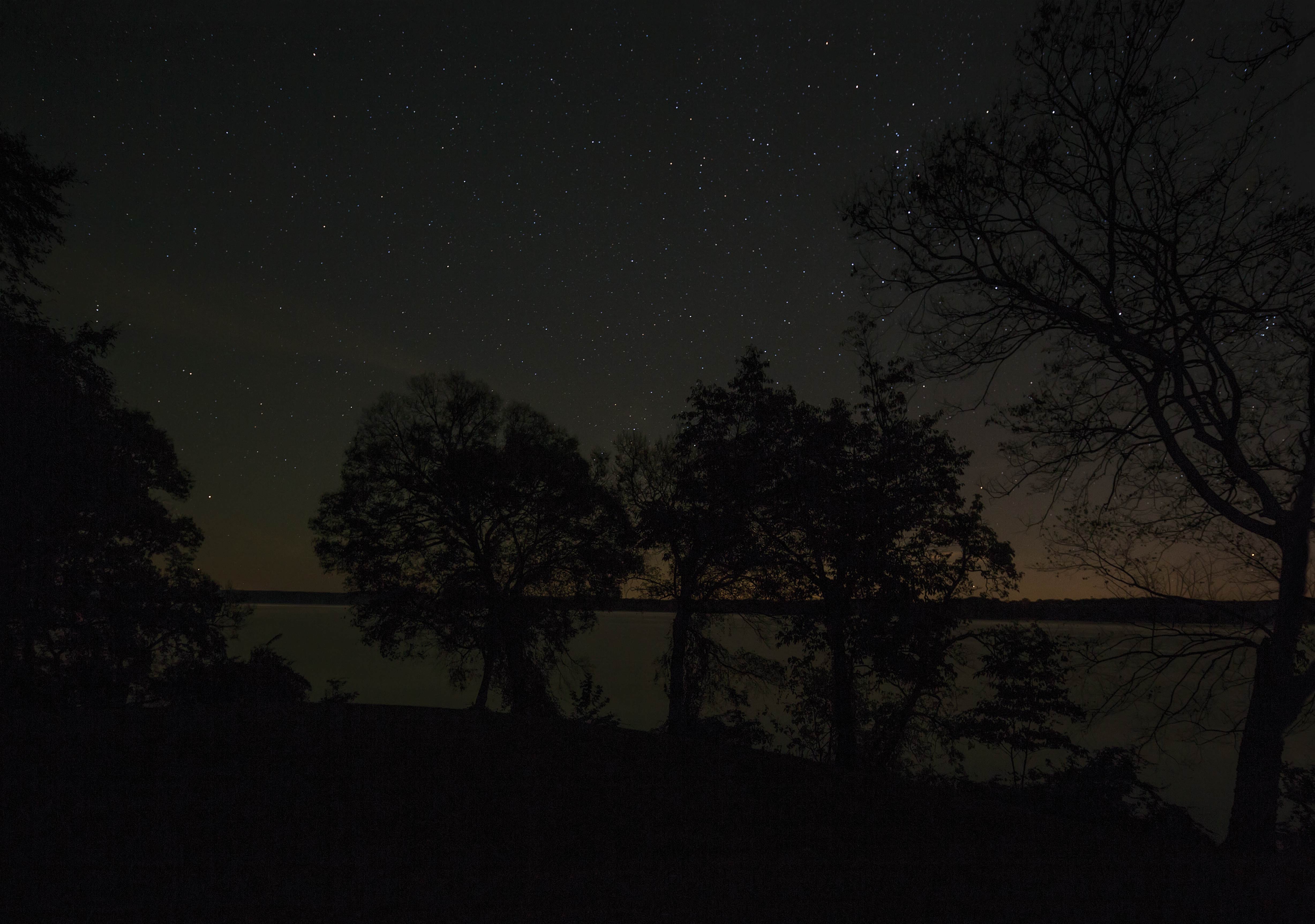 With this wealth of information, I was finally able to find individuals, cities, and routes along the part of the Underground Railroad that ran through Indiana.

In the early fall of 2012, while in Tennessee visiting my husband’s family, I took the first few photographs. I had some prints made after returning home and one image stood out. It was a forest at night that evoked such a sense of mystery and foreboding that I knew this was exactly how I wanted to shoot the entire series.

I continued researching through the winter and headed back to Indiana in the spring. My entire family ended up getting involved. We would scout for locations by day—many were very vaguely suggested—and return at night to photograph. I will always remember the Friday the thirteenth my mother and I spent in a cemetery, and the time my sister and I raced the sunrise south through the state of Michigan trying to capture as many images as I could before dawn. Even my brother-in-law joined in, spending a night traipsing along the Natchez Trace in Tennessee. And when family was too distant, I hired off-duty police officers to accompany me. 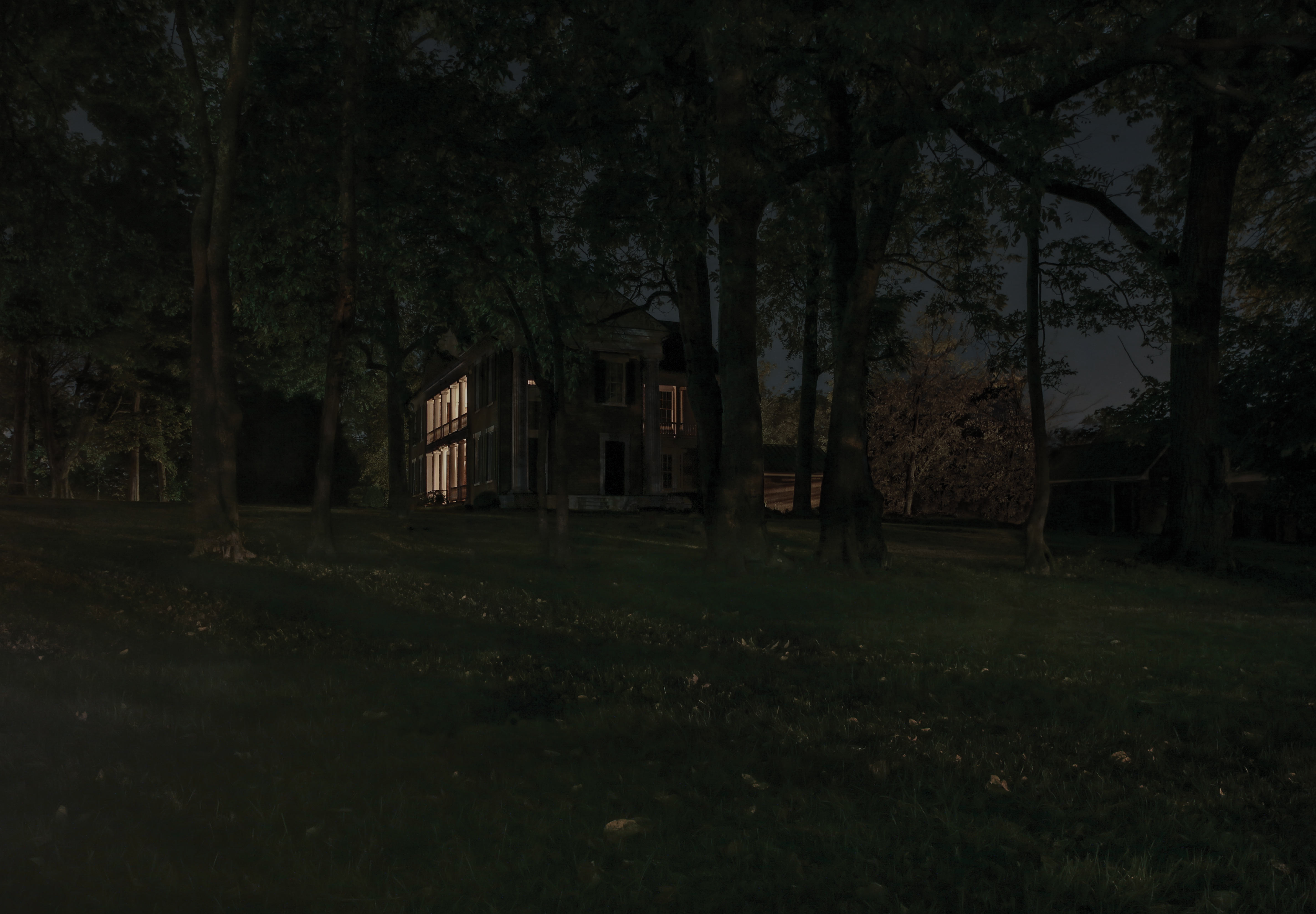 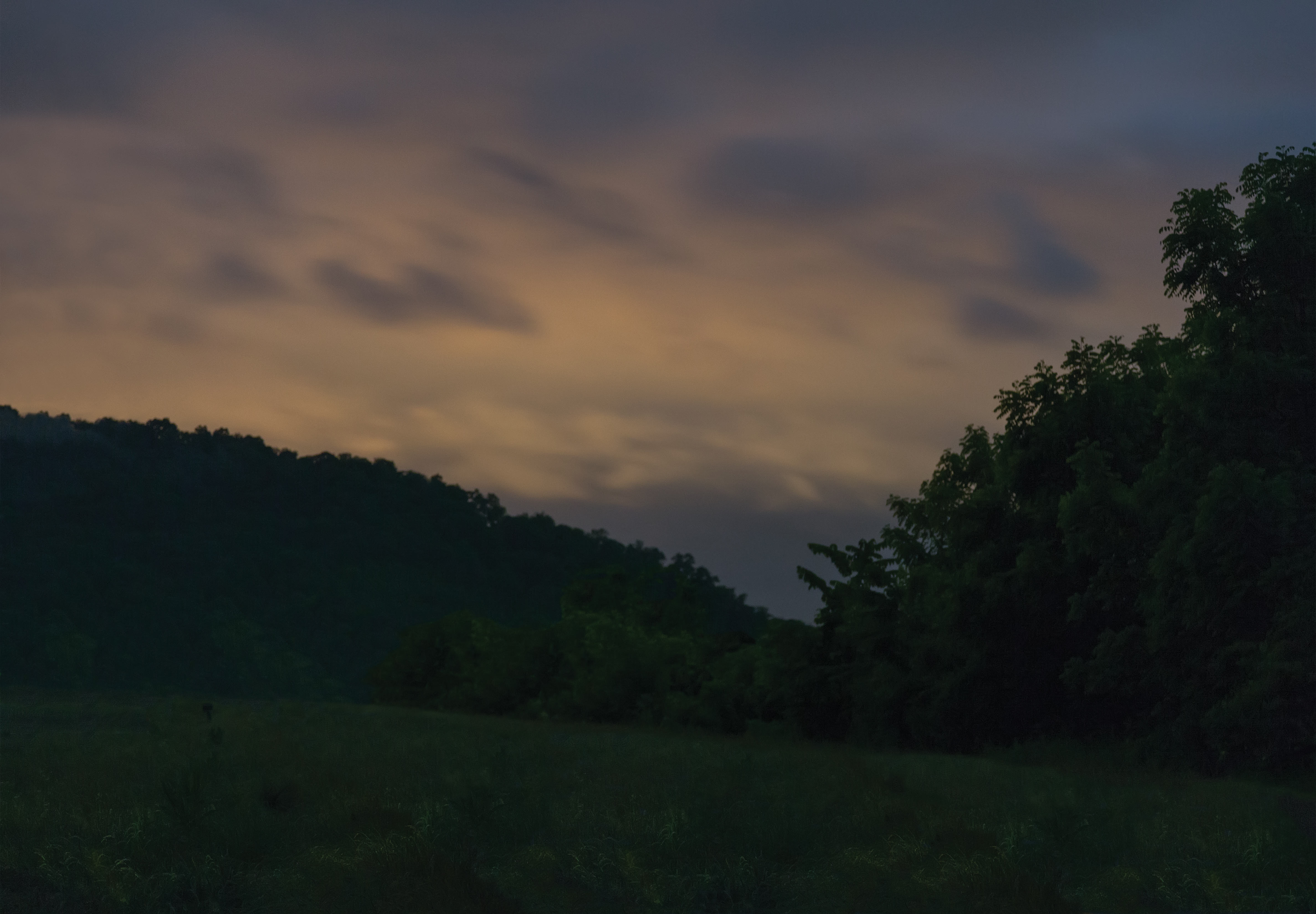 Shooting at night, listening to all the natural sounds, I was overwhelmed with a sense of how vast, strange, and forbidding these remote places must have felt to those making the journey to freedom: the cicadas, the wind rustling through the trees, water trickling in a stream, coyotes howling in the distance, bullfrogs singing. In many places you could feel the history that surrounded you. This was particularly true at the Magnolia Plantation in Louisiana. Standing in the near pitch-black of a field, looking at the remains of the old slave quarters, put the project into perspective.

I began to understand along the way that there were so many different people who made up the Underground Railroad: from the freedom seekers themselves to other slaves, free blacks, abolitionists, Quakers, Presbyterians, the wealthy, the poor, female, male. Everyone worked together to strike a blow against the evils of slavery. 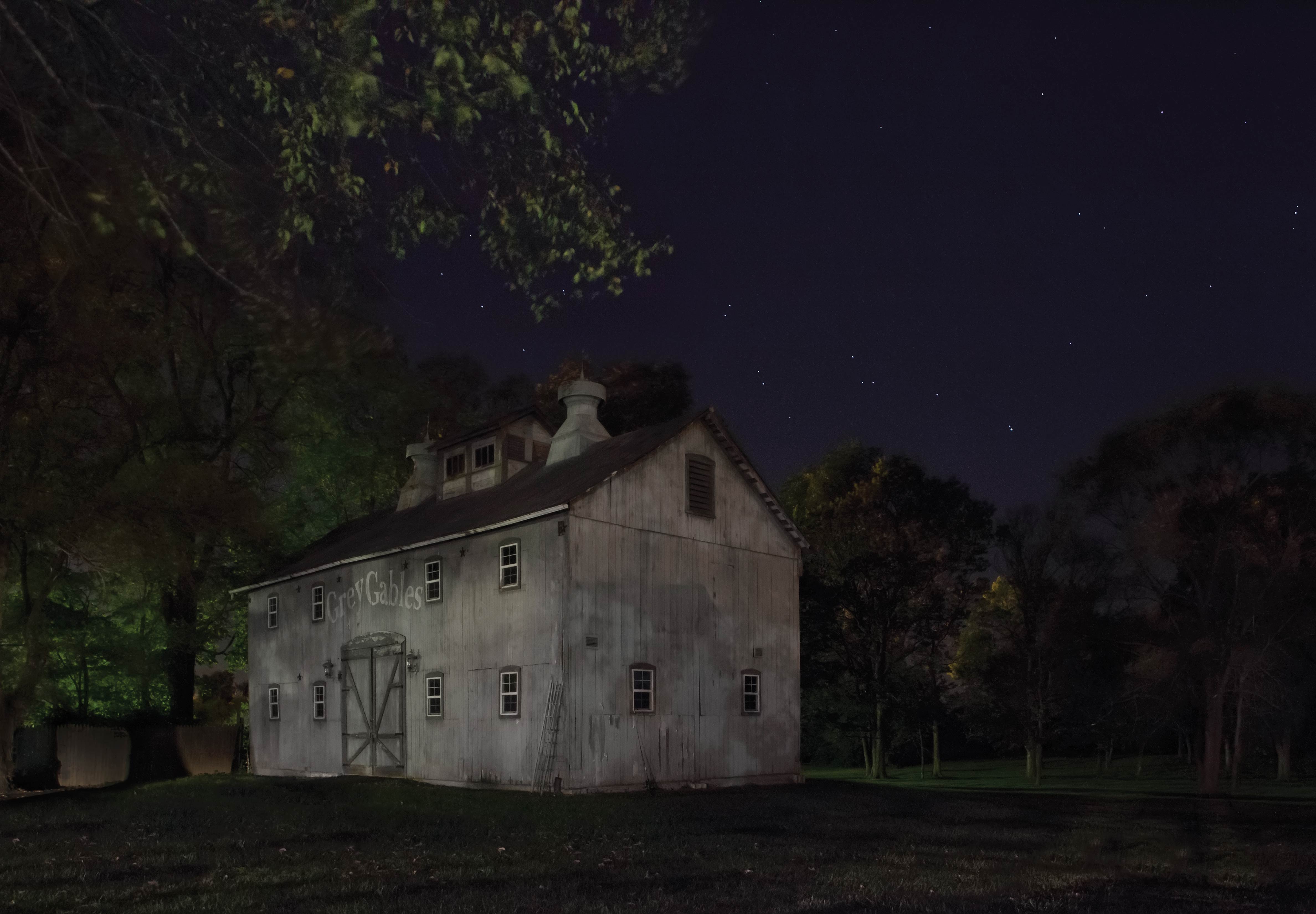 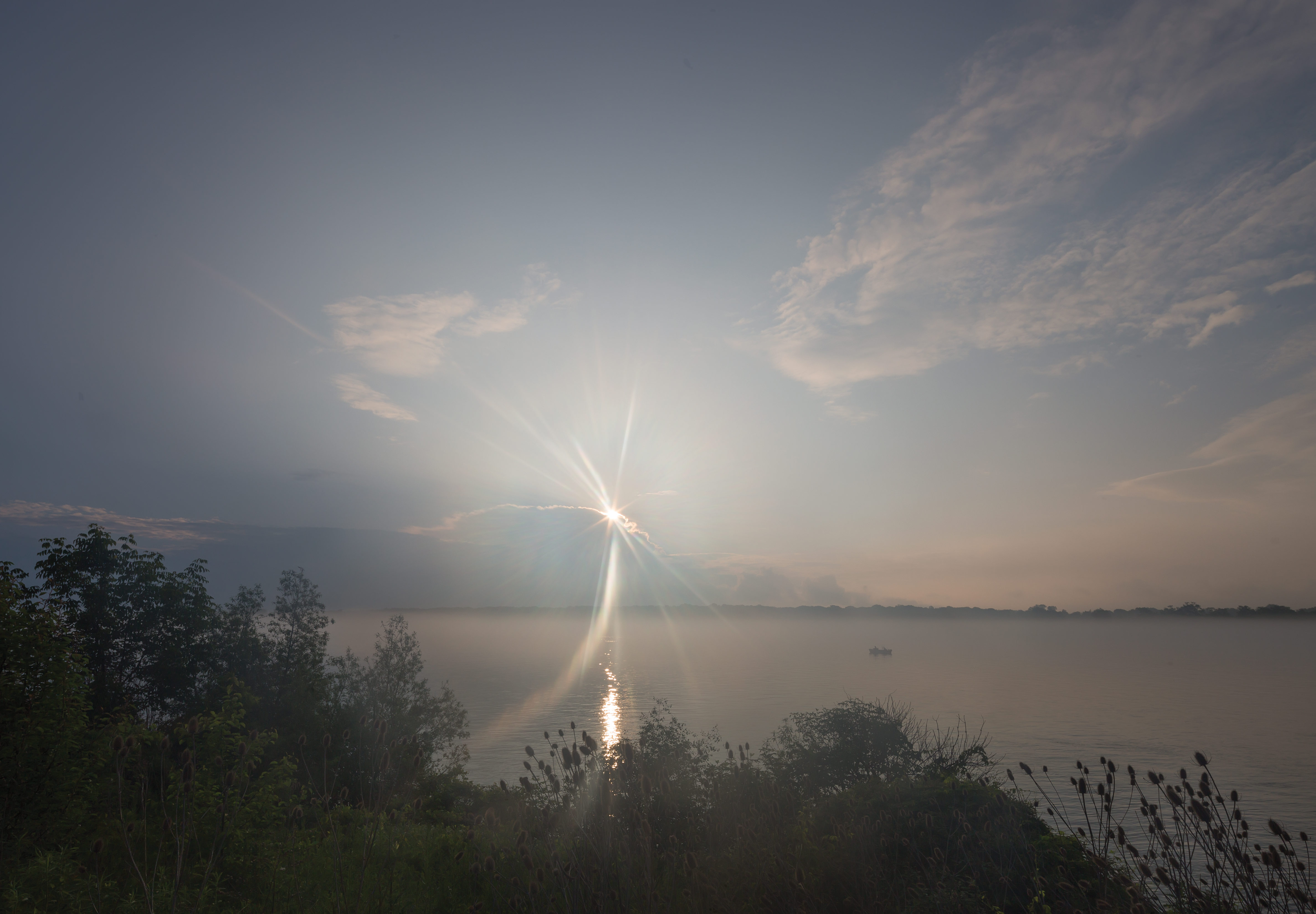 These disparate groups and individuals united in a common cause and eventually began to turn the tide. Of course, things didn’t change overnight; it took years of political struggle and a bloody Civil War to bring slavery to an end. Even then, the fight for equality was—and many would say still is—far from over.

My hope is that this project will help illuminate the darkened corners of our shared history and show us that when we work together great things can be accomplished.

As Frederick Douglass might have wished, may we all come through the darkness into the light.

Slavery is one of those monsters of darkness to whom the light of truth is death.

Expose slavery, and it dies. Light is to slavery what the heat of the sun is to the root of a tree; it must die under it. All the slaveholder asks of me is silence. He does not ask me to go abroad and preach in favor of slavery; he does not ask any one to do that.

He would not say that slavery is a good thing, but the best under the circumstances. The slaveholders want total darkness on the subject. They want the hatchway shut down, that the monster may crawl in his den of darkness, crushing human hopes and happiness, destroying the bondman at will, and having no one to reprove or rebuke him. Slavery shrinks from the light; it hateth the light, neither cometh to the light, lest its deeds should be reproved.

To tear off the mask from this abominable system, to expose it to the light of heaven, aye, to the heat of the sun, that it may burn and wither it out of existence, is my object in coming to this country. I want the slaveholder surrounded, as by a wall of anti-slavery fire, so that he may see the condemnation of himself and his system glaring down in letters of light.

— Frederick Douglass, from a speech at Finsbury Chapel, Moorfields, England, May 12, 1846 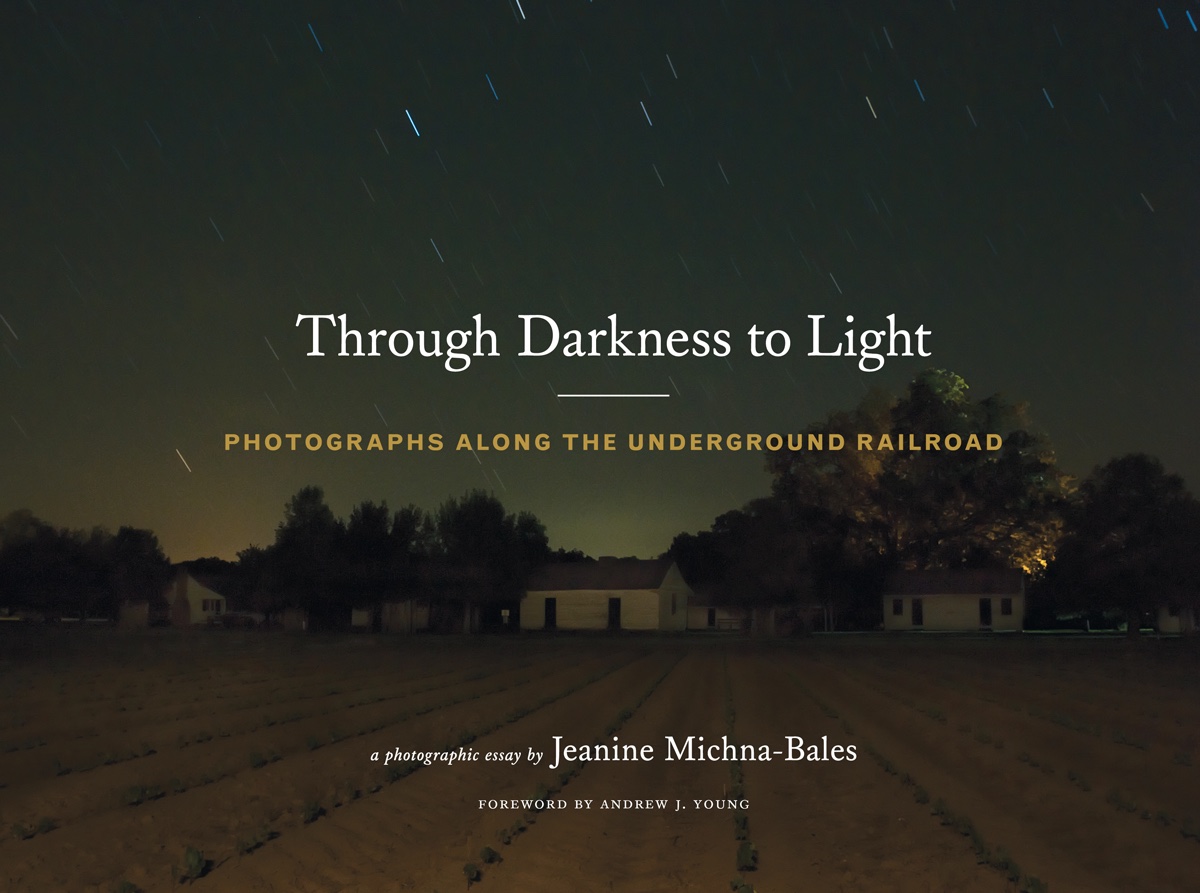 Extracted from Through Darkness to Light: Photographs Along the Underground Railroad by photographer Jeanine Michna-Bales

Linkedin
RELATED ARTICLES
OTHER ARTICLES
With skyrocketing rents, packed out viewings, bidding wars and more, renting in London has never been harder.
Rhiannon Adam spent three months capturing an ageing society wracked by division, isolation, and the aftermath of scandal.
A 37-year-old woman shares how her abortion led her to become a clinic worker, and the abuse she’s received in that role.
Birdy Chu reflects on documenting the historic moment in which the territory was formally passed back from the UK to China.
Rogue landlords are exploiting young and inexperienced renters and leaving them in mental and financial turmoil, reports Niall Hignett.
Financial turmoil is pushing people who work in the sex industry into more dangerous and desperate situations as a means of survival.