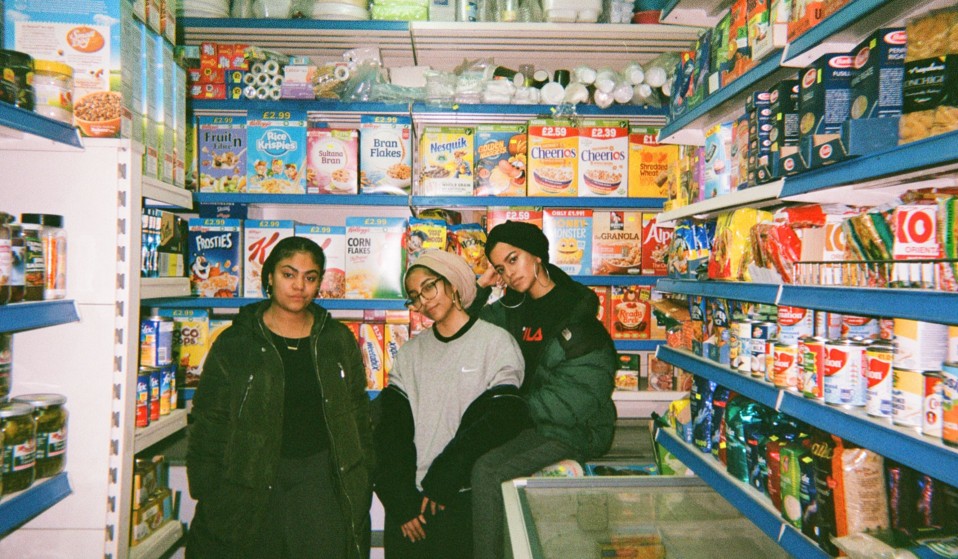 Photographer Lamisa Khan teams up with artists Zeinab Saleh and Sara Gulamali to show off the everyday lives of London’s ‘Muslim Sisterhood.’

Photographer Lamisa Khan teams up with artists Zeinab Saleh and Sara Gulamali to show off the everyday lives of London’s ‘Muslim Sisterhood.’

It’s never been a more exciting time for Muslim women. From the likes of OOMK, Amaliah to Azeema, London collectives are finally reclaiming and reflecting the lived experiences of Muslim women.

While all have made much-needed strides in transforming the narrative, mainstream media representations of Muslim women still more often than not oscillate from one extreme to the other. On one hand, they have to contend with accusations of self-segregating themselves or being traditionally submissive, as former PM David Cameron suggested back in 2016. The only time these women can escape these tropes if they’re lauded as “stereotype breakers” – be it posing for Playboy wearing a hijab or winning The Great British Bake Off. There’s rarely an in-between.

It’s this lack of representation of “normal” Muslim women in the mainstream that led photographer Lamisa Khan and artists Zeinab Saleh and Sara Gulamali to co-found Muslim Sisterhood, the first photo series of its kind to capture young Muslim womanhood in London. Or as Lamisa says, “capturing normal Muslim girls who aren’t bloggers, fashionistas or ‘stereotype breakers’.” 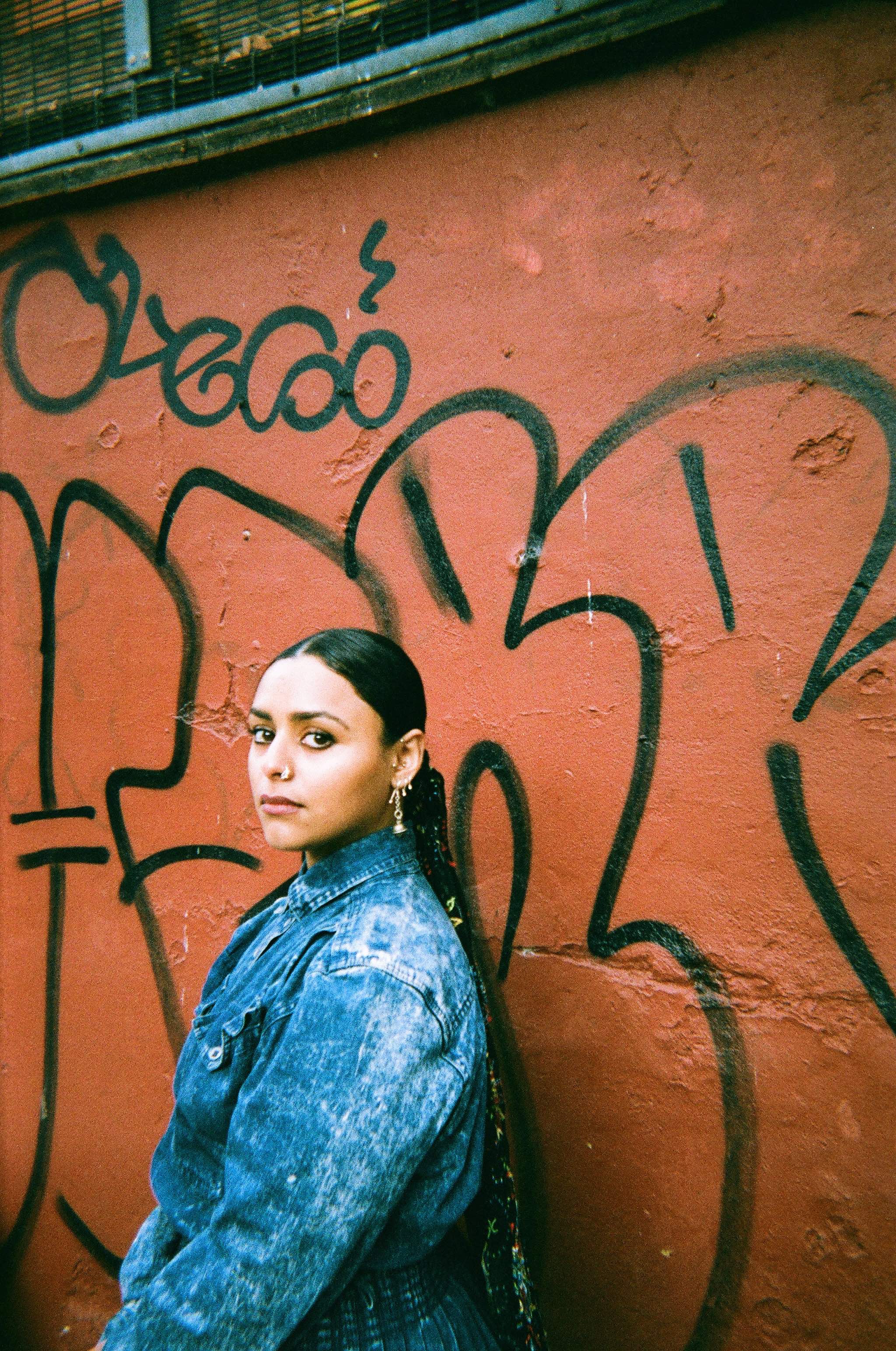 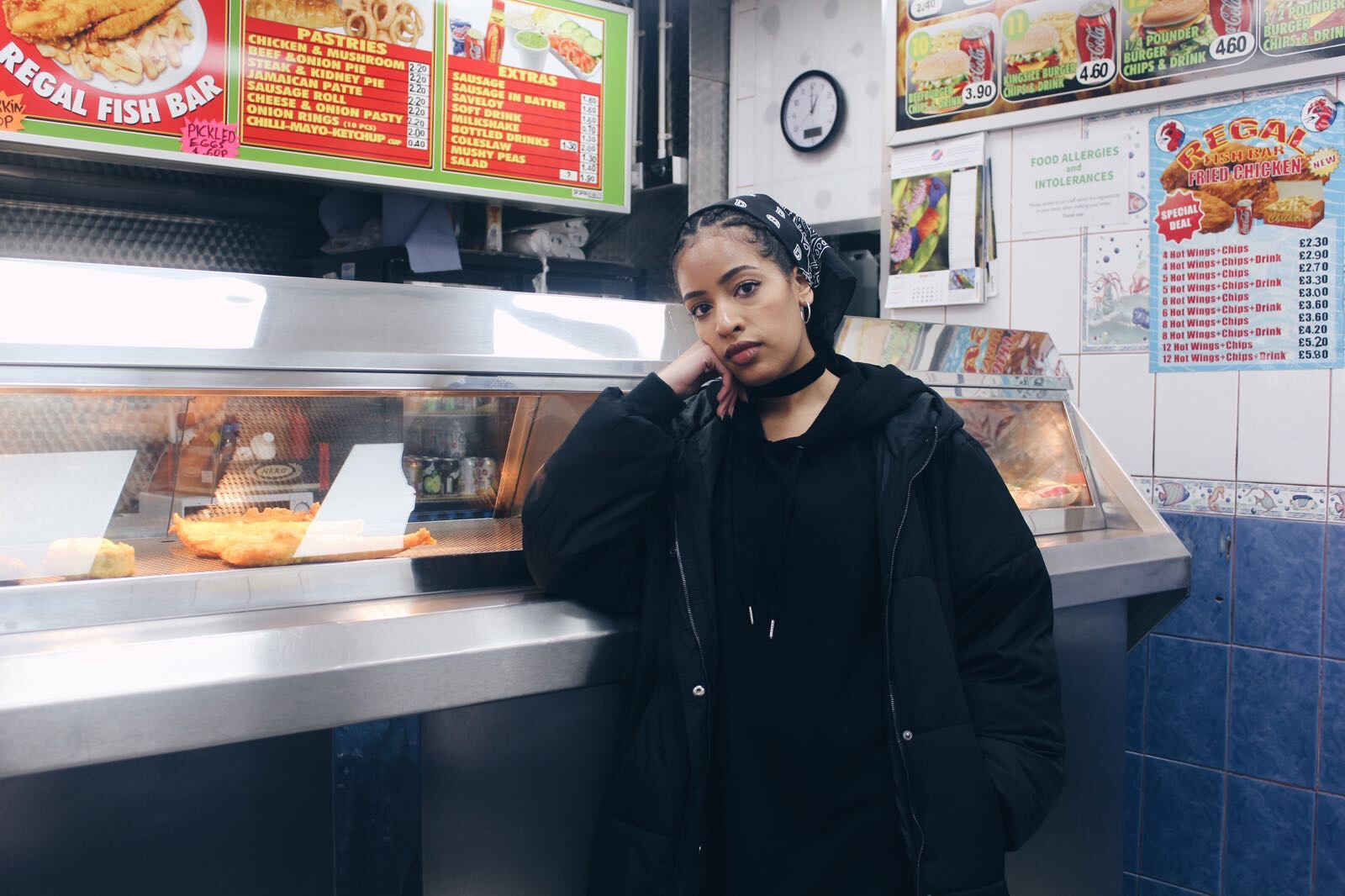 While the project does seek to challenge preconceived notions of what it means to be a modern Muslim woman – “we’re reclaiming ownership over images of ourselves and how people perceive us,” Zeinab says – that’s not entirely Muslim Sisterhood’s aim. “Rectifying stereotypes is a lot of emotional labour that we shouldn’t have to do. Our intention is to celebrate the multiplicities of Muslim women,” she adds.

For Sara, the project is an opportunity to celebrate Muslim women unapologetically. “This isn’t for people who maintain misconceptions about us,” she affirms. “This project is for the sisterhood.” 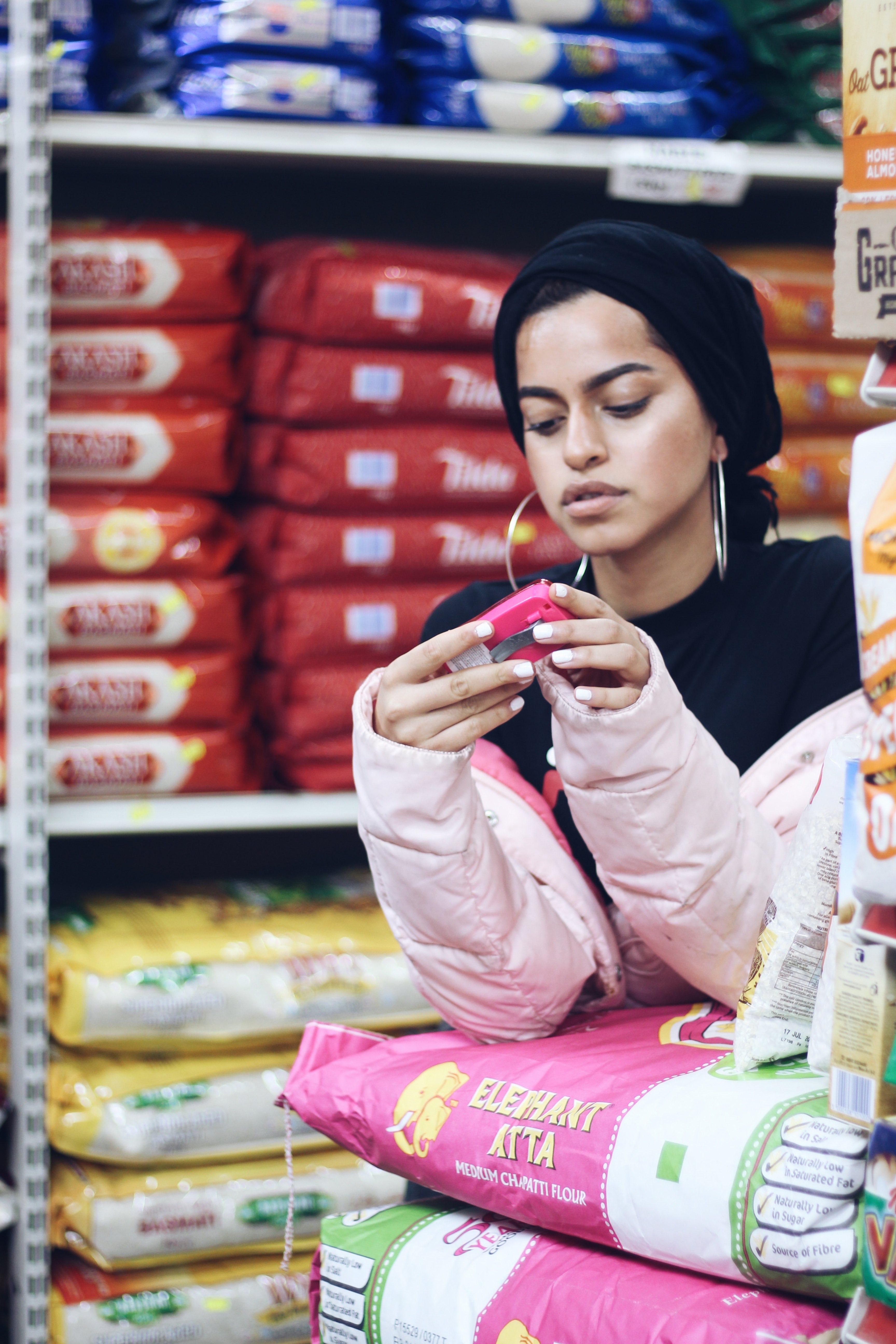 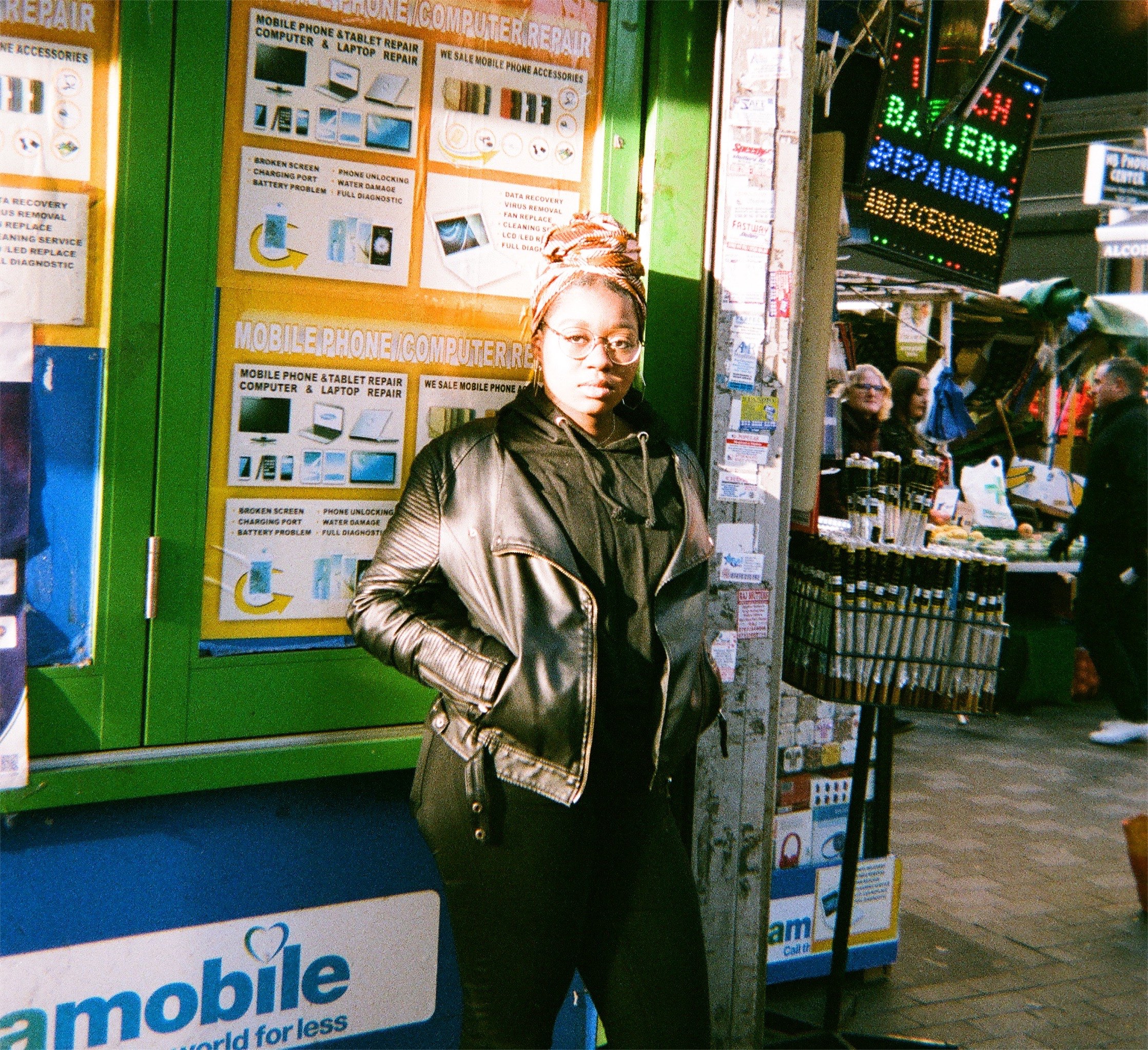 Shot in Tower Hamlets, Southwark and Brixton, the portraits juxtapose their subjects’ rich ethnic heritage with contemporary London life. “I was fed up of middle-class kids appropriating working-class culture,” Lamisa says. “A lot of young Muslims that come from the global majority and end up growing up in the poorest parts of London. It was about reclaiming that aesthetic.”

The project also celebrates PoC-owned businesses in the process. “It’s important to support the business of people from our communities,” she adds. 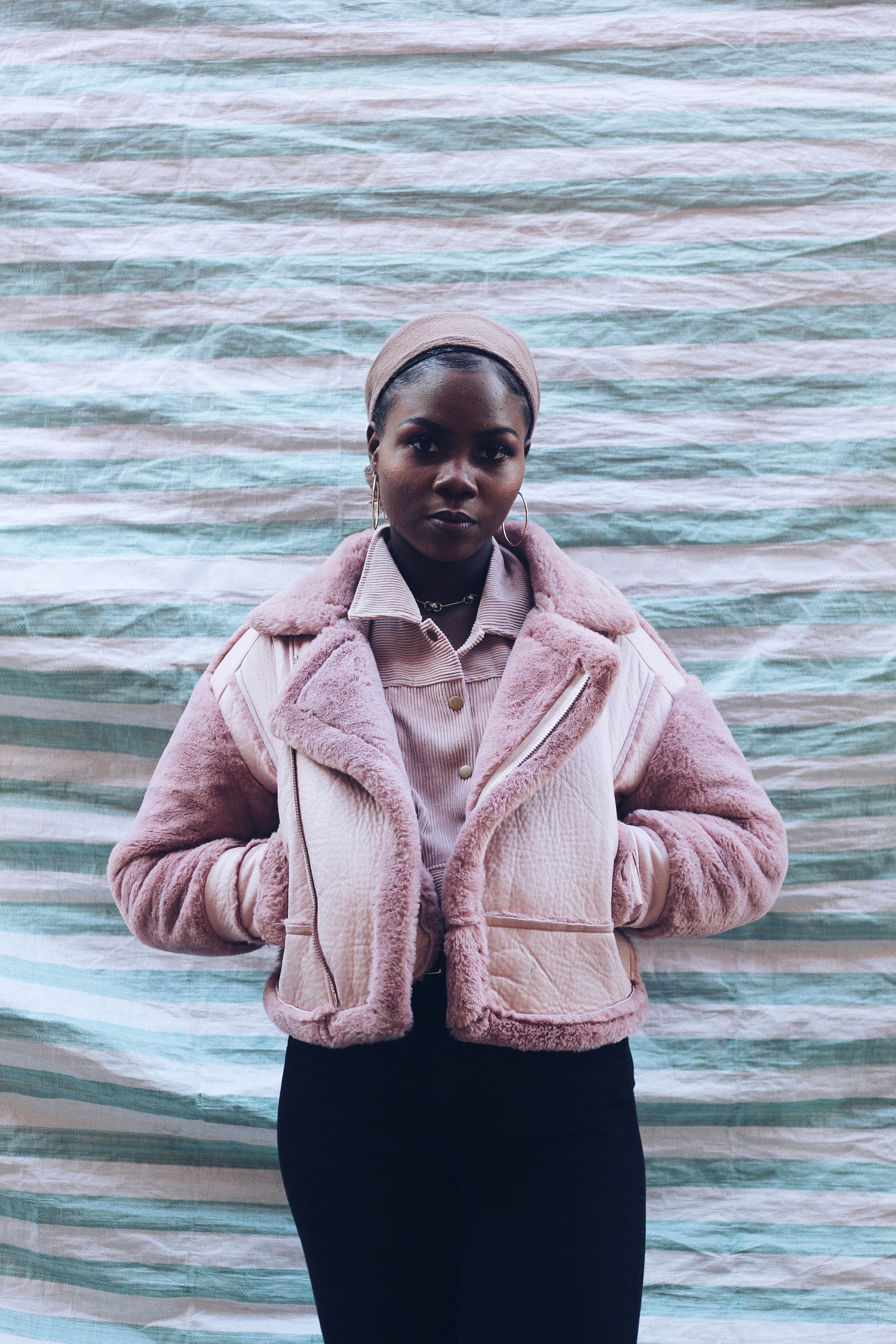 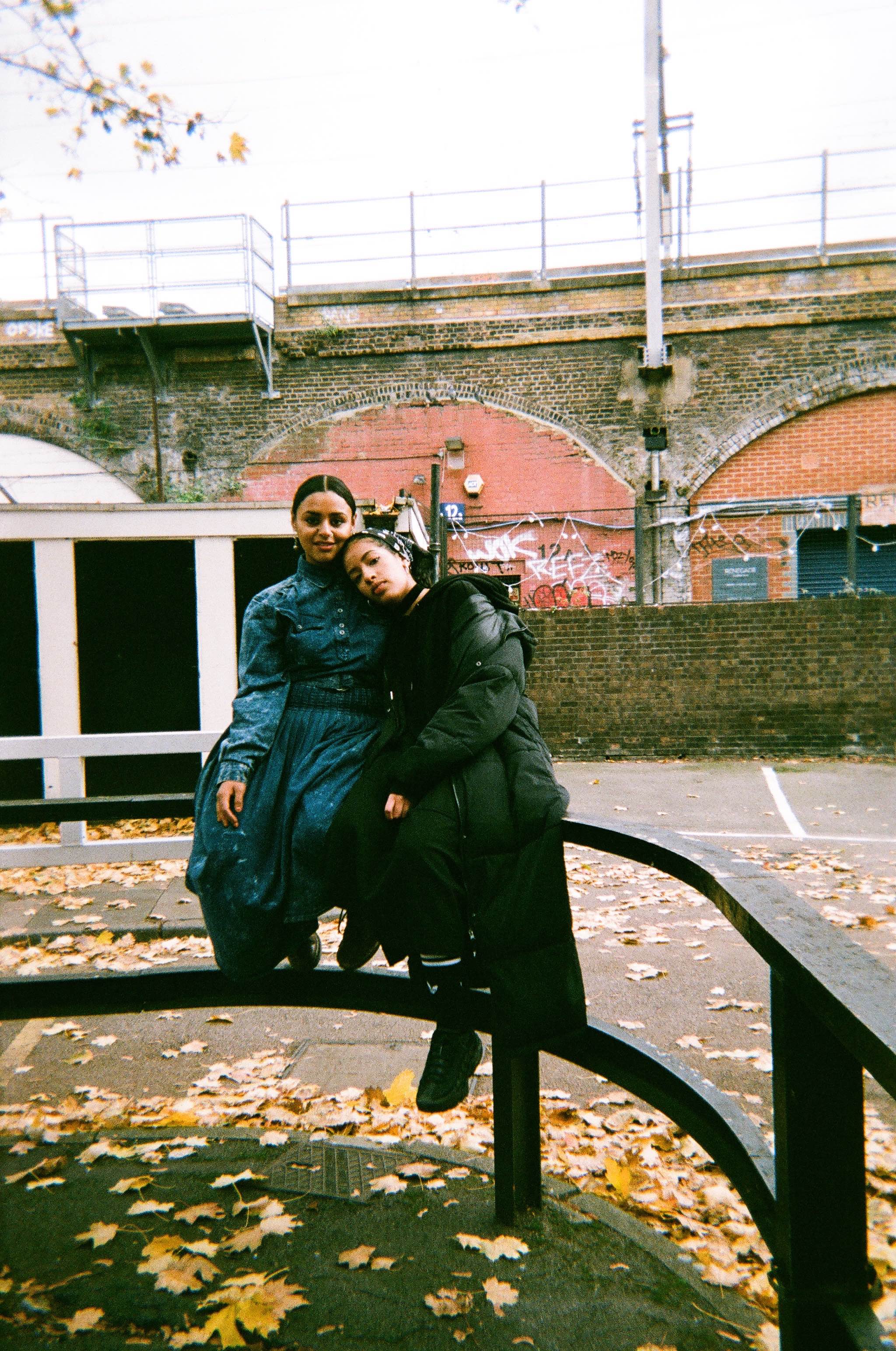 With their subjects hailing from diverse backgrounds, from Somalia to Iraq, was it a conscious decision to celebrate the spectrum of Muslim women? After all, the community has long come under fire for its anti-blackness – just last month, #BlackMuslimahExcellence went viral after Dubai’s Modest Fashion Week excluded black Muslim models.

“I didn’t feel as though my identity as a black Muslim woman was represented enough so I wanted to create these images for the younger version of myself,” Zeinab says. “Representation is important. To see ourselves reflected for us and by us is a beautiful thing.”

As for their favourite image? It’s hard to pick one – after all, “our girls just serve face and slay.” 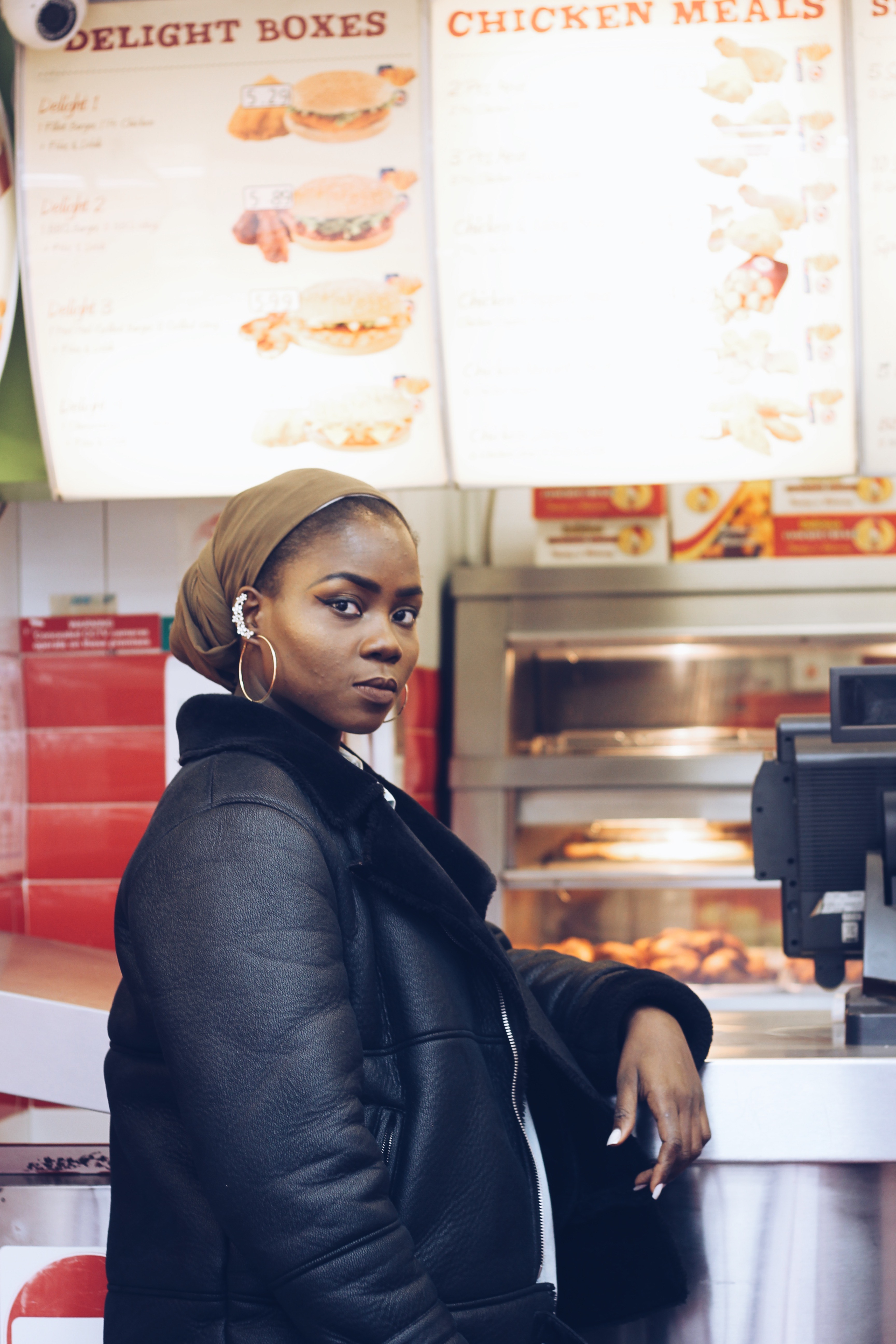 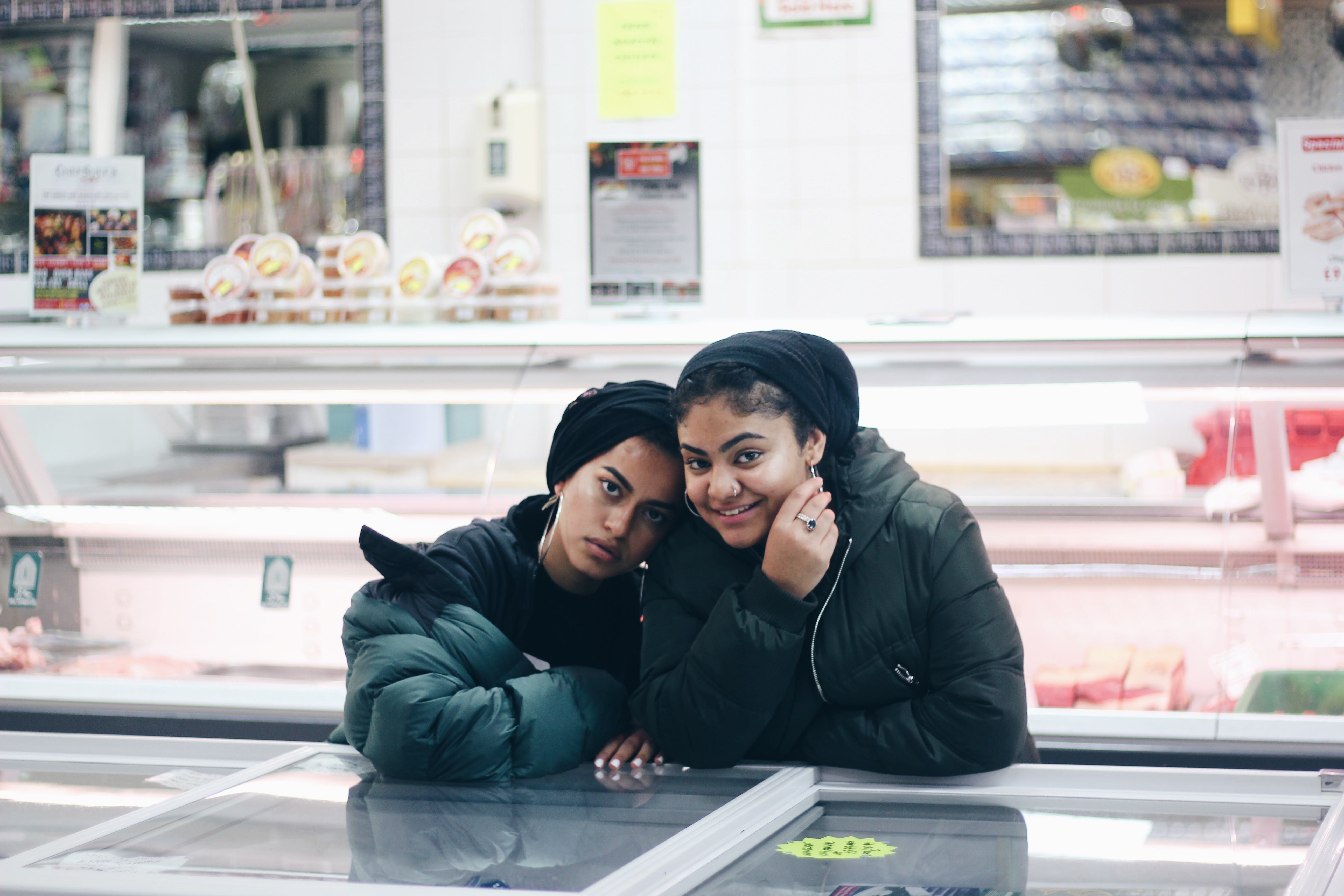 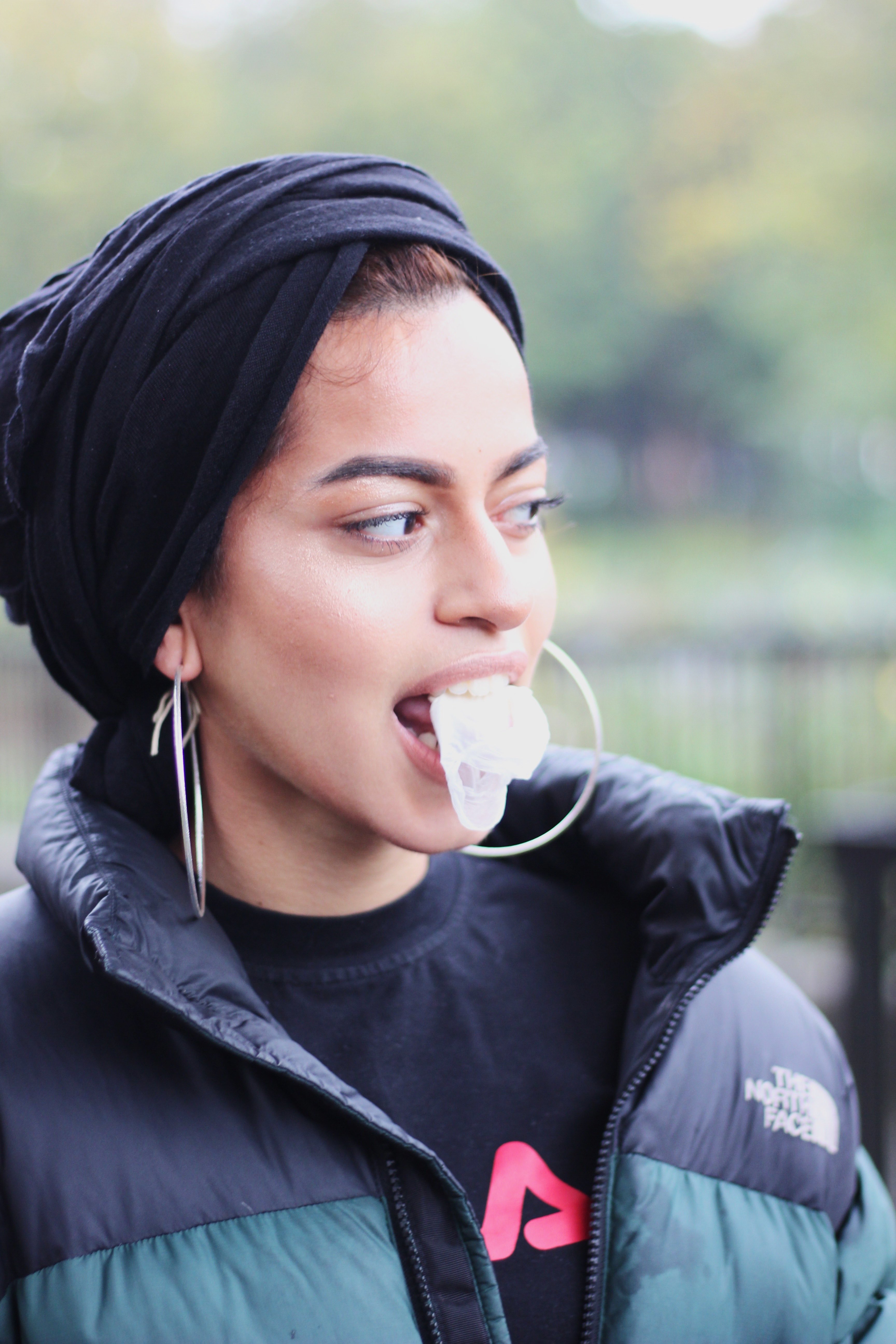 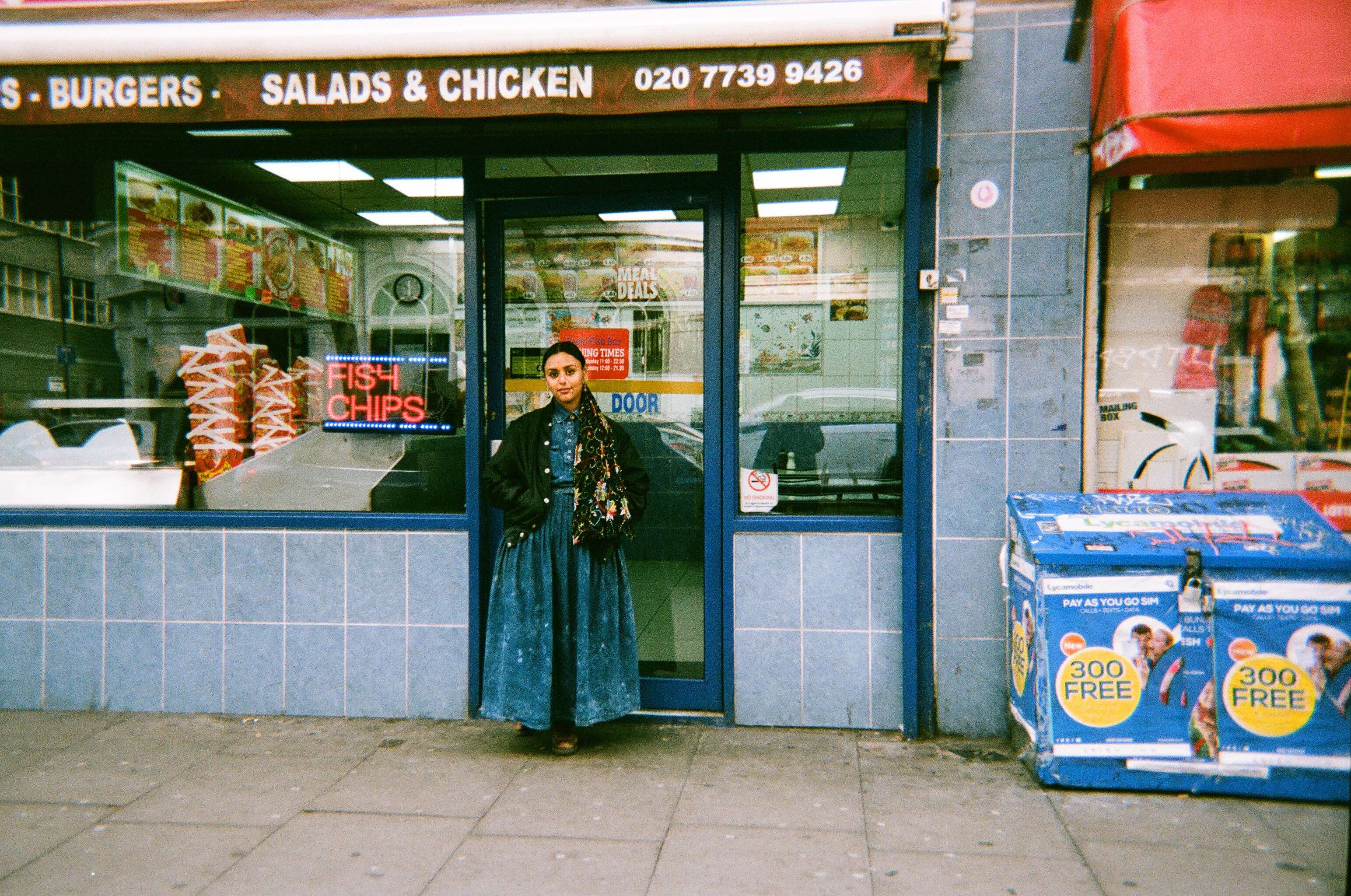 Linkedin
RELATED ARTICLES
OTHER ARTICLES
On the fifth anniversary of the tower fire, around 18,000 joined the walk to remember the 72 dead and to demand justice.
In her new book, the author explores the country’s housing crisis in human terms and calls for radical action to address a broken system.
In the latest instalment of Photographers in Conversation, the chronicler of raves, protests and beyond explains why he’s drawn to such specifically visceral environments.
Whether it's partygate, the climate crisis or the spiralling cost of living, the fightback begins on the picket lines writes Tommy Vickerstaff
Photographer Matthew Brookes recalls following a group of young people in Venice Beach living in search of the perfect wave.
Proposals to introduce a minimum GCSE threshold for student loans will disproportionately affect those from marginalised backgrounds.