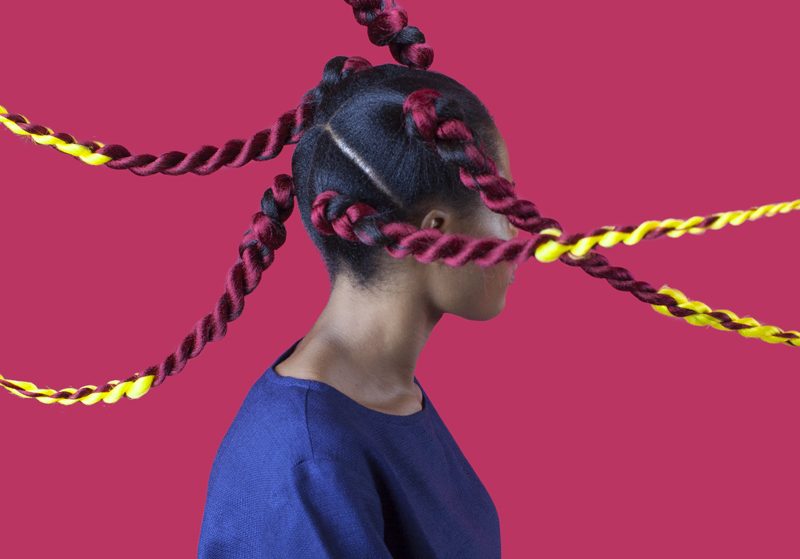 Three photographers tackle the idea of representation in the US, Africa and Europe for new exhibition, How Do You See Me?

Three photographers tackle the idea of representation in the US, Africa and Europe for new exhibition, How Do You See Me?

In the new exhibition at Catherine Edelman Gallery, three artists present a series of vivid colour portraits of black men and women from around the world. The show then asks: How do you see me?

It’s a simple, yet highly effective question that cuts to the quick. Not who, but how, is the issue at hand. Where does perception start? Photographers Alanna Airitam, Endia Beal, and Medina Dugger each explore this idea from their own, distinctive vantage point.

“When I was at Yale in my MFA program, one of the critics was LaToya Ruby Frazier,” Endia Beal remembers. “She said to me, ‘Endia, the history of photography for black women is still being written and you need to ask yourself, ‘What are you adding to the history? What are you doing to tell the stories of black women and photography within the larger context of fine art and photojournalism?’’ 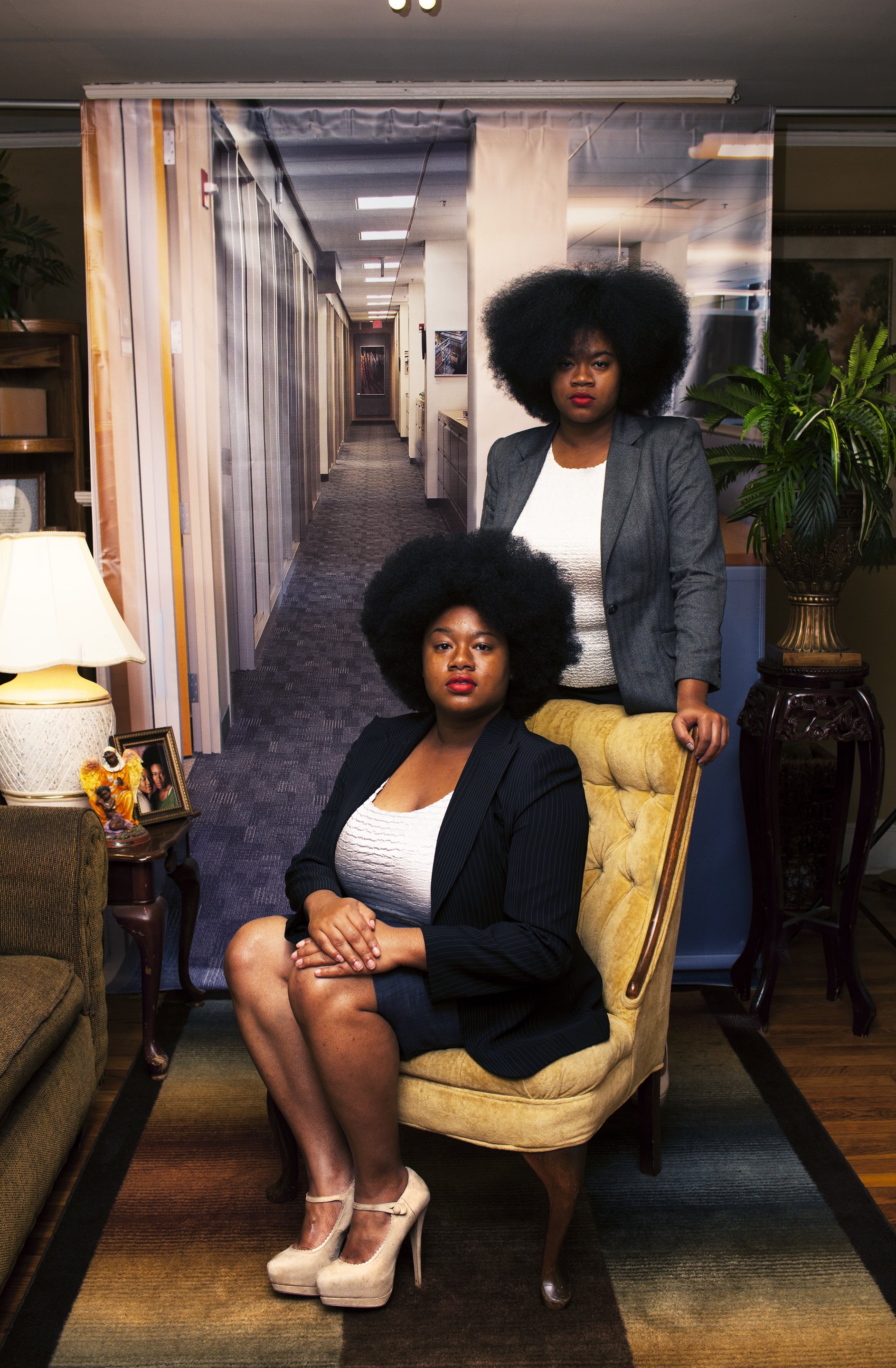 Years later, the answer came with a knock on her office door at Winston Salem State University, a historically black college in Salem, North Carolina. Female students were arranging meetings to share their experiences going on job interviews, where questions about their hair were bandied about.

“I realised my students were experiencing the same things my mother, my grandmother, and I have experienced,” Beal says. “I decided to do a project with them, photographing them in the homes they grew up in. I brought a backdrop of the same office that I worked in while I was at Yale as a student, the same hallway that made me feel uncomfortable every day I was working there.”

“I told them that I wanted them to wear whatever made them feel professional and we were going to pretend that they are waiting for the interview. I ask them, ‘How do you feel in the moment if you look around and don’t see a single person that looks like you – that you may be alone in a new job. How do you feel at that moment?’ Then we took the picture.” 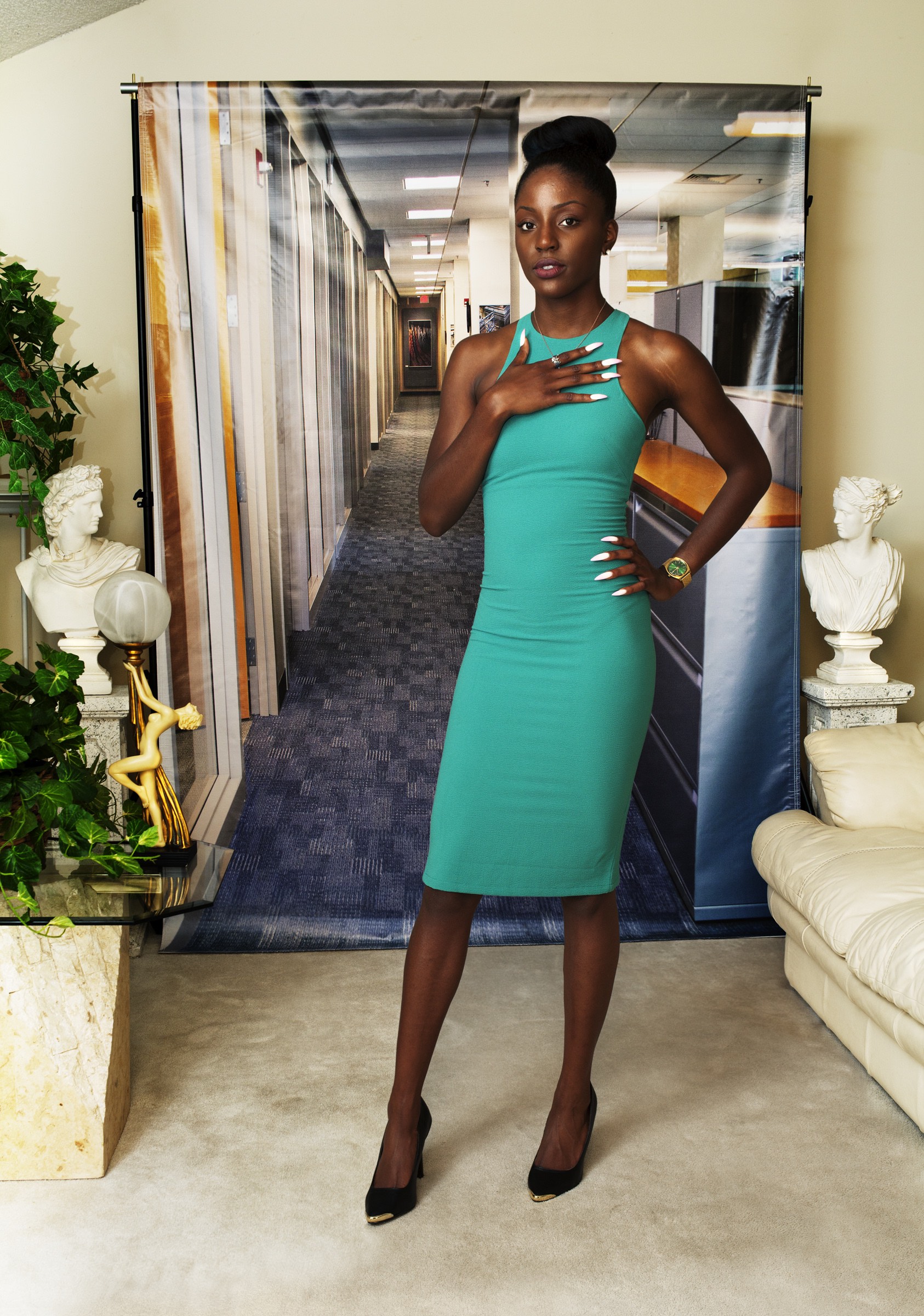 Those photographs are collected for her series Am I What You’re Looking For?. Her subjects stand in perfect harmony with the work of Dugger and Airitam, whose works offer different readings on the presence of the past, and the way it informs our perspectives on who we are today.

In Chroma: An Ode to J.D. ‘Okhai Ojeikere, Medina Dugger celebrates the work of the Nigerian photographer whose 40-year black and white photographic study of African women’s hairstyles set the standard for the celebration of black hair culture.

“I conceived of the idea to create an ode to J.D. ‘Okhai Ojeikere in 2017 following a discussion with my friend Wunika Mukan, a creative figure in the Lagos arts and culture scene,” Dugger recalls. “She suggested that photographing the hairstyles in colour could be a sensational way to revisit this legendary work.” 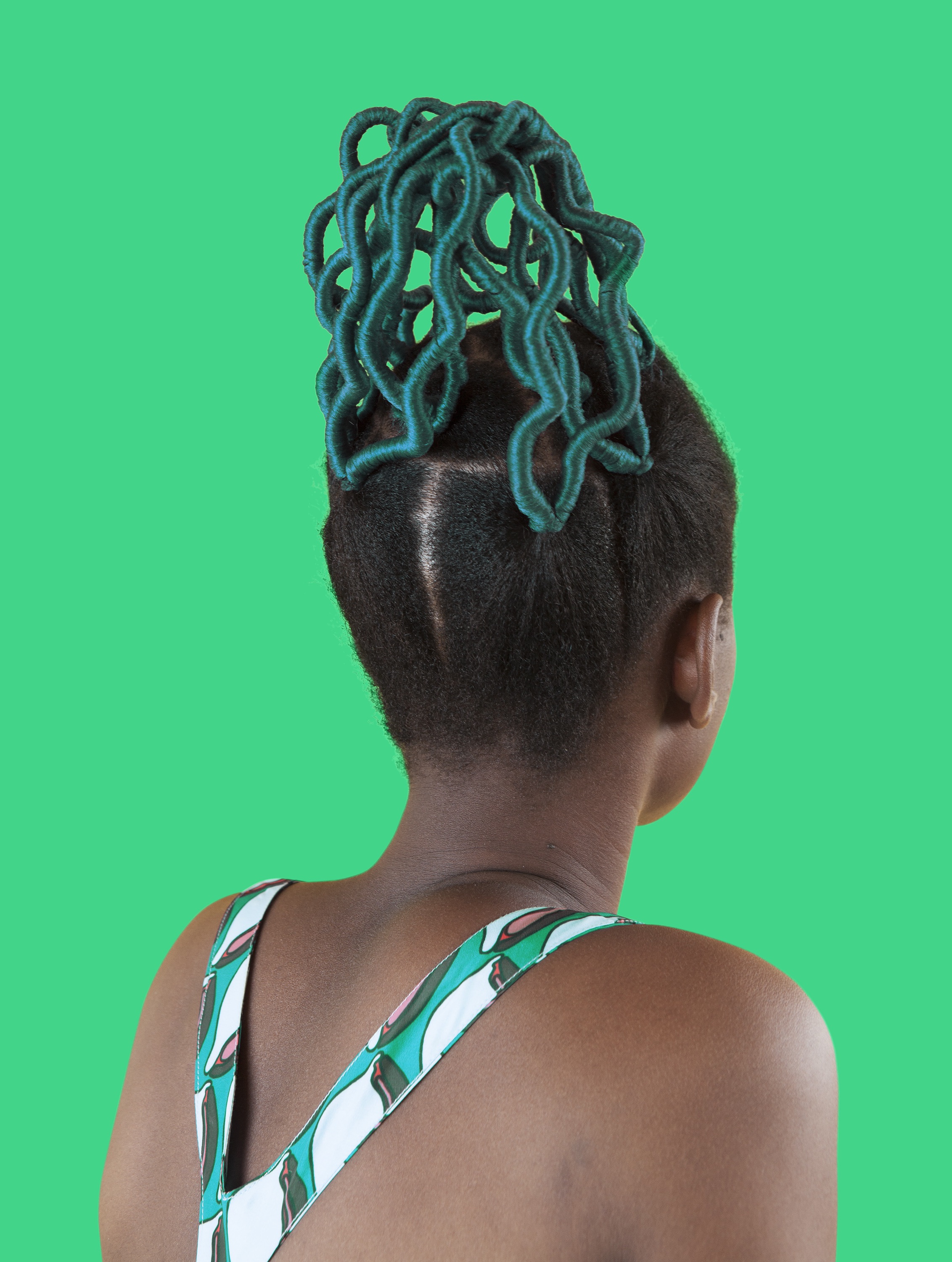 “I knew it was crucial that I meet this project with enormous respect and willingness to learn all I could about the process and history. I also knew I wanted the approach to be collaborative. The clothing was sourced from Nigerian designers and the hairstyles were agreed on after discussions with both the models and the hairdresser, all of whom are Nigerian.”

The process for creating the hairstyles was intense, with two hairdressers working in cycles of six to eight hours per style on five women per cycle. “The camaraderie and kinship that developed in the space between all the women was beautiful,” Dugger reminisces.

“Some of the women expressed particular nostalgia over recreating certain designs (which all have specific names and meanings) they recalled having as children, other hairdos they admitted were not as popular today as in years past, but that once adapted to their liking, became ‘cool’ again. I can see that this is a very special moment in time for Nigeria. Nigerians are returning home for opportunities and looking inward for inspiration instead of to the West.” 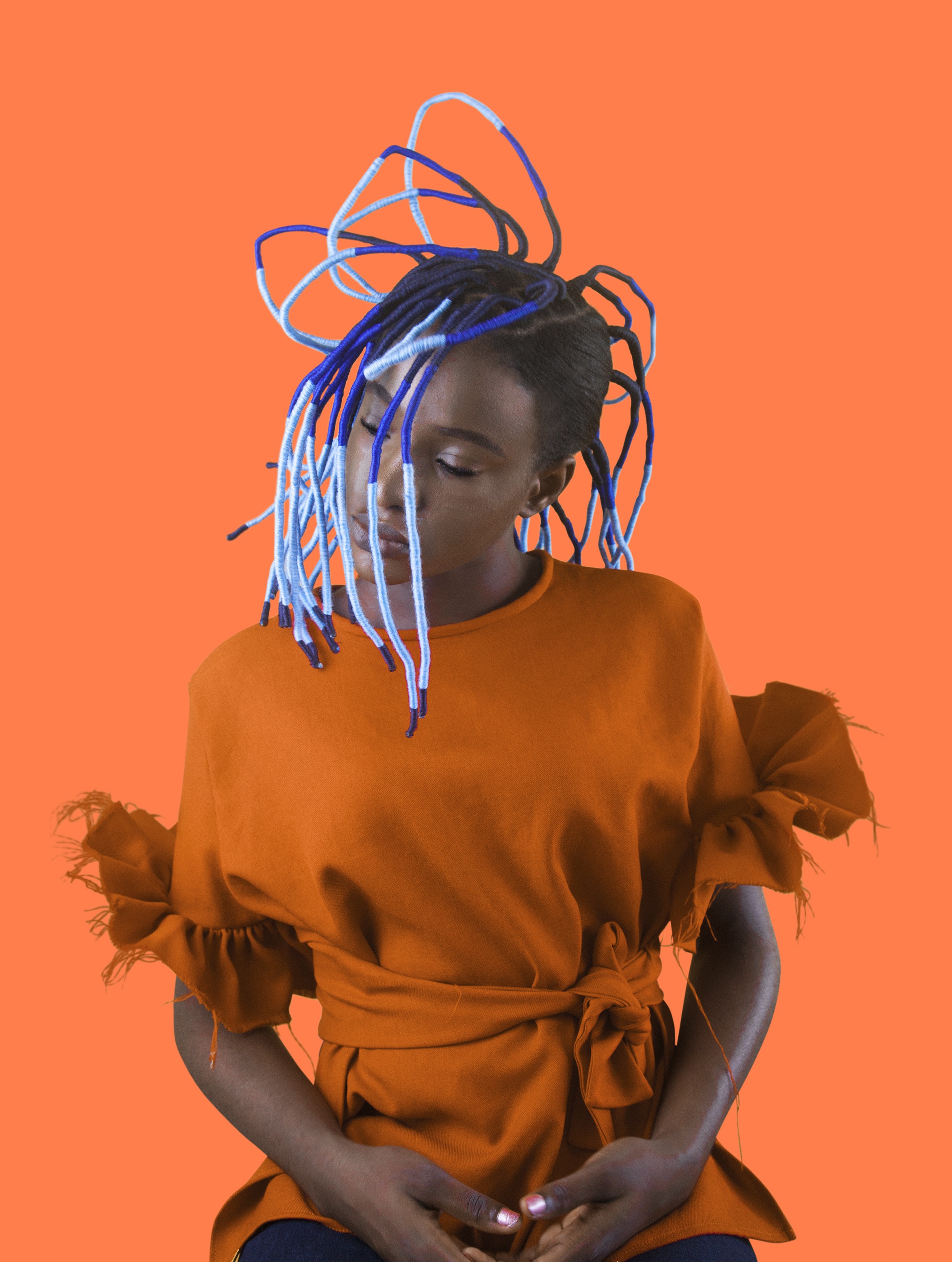 Flipping the script, Alanna Airitam brings us to The Golden Age, a celebration of Harlem by way of Haarlem, Amsterdam. Airitam’s subjects are saints watching over the block done up in the style of the Dutch Renaissance. The figures portrayed in The Golden Age open up spaces largely denied to black men and women throughout the history of Western Art.

“In a way, it was like an FU to all of the stereotypes, all of the keeping us back and holding us away from spaces we deserve to have a voice in,” Airitam says. “It was a way for me to fight all of that in the way that I can fight. I appreciate and applaud every single black female creative out there working it. We need these voices so much right now – just to counter all of the ugliness that keeps getting thrown our way.” 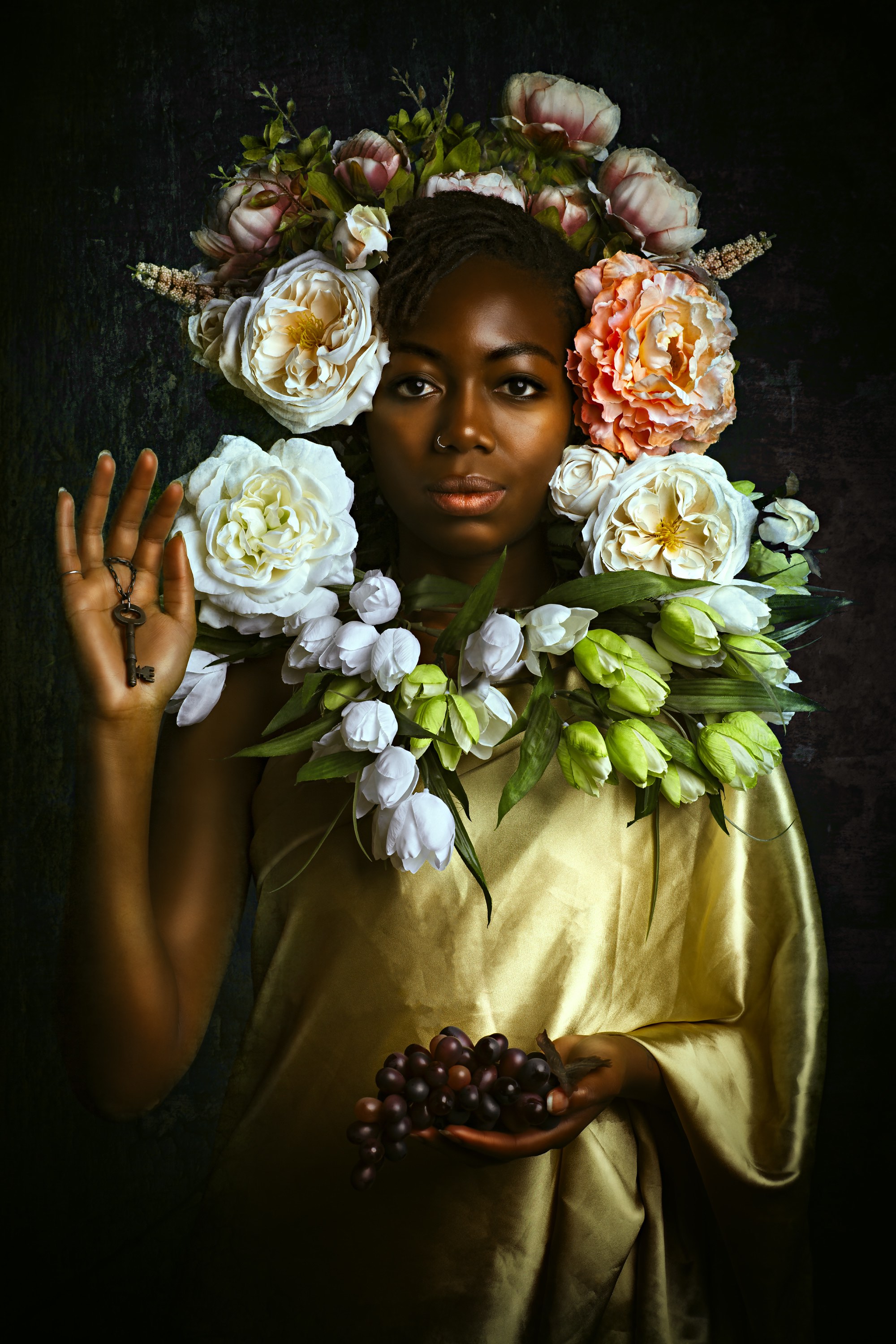 By embracing Mecca, the capital of black America, with portraits named for the legendary haberdasher Dapper Dan and jazz club owner Henry Minton as well as mythological figures such as Saint Sugar Hill and Saint Strivers [Row], Airitam reclaims the home of the Harlem Renaissance from decades of gentrification that have displaced countless residents.

In the work of Airitam, Dugger, and Beal, a restoration is underway, one long overdue, that honours the power of representation and the necessity of visibility. It is as much for those who are here now, and those on the come up.

“I want to put pictures out there that show a younger version of me that is walking around now,” says Airitam. “I wanted to create that so that that girl could see herself and feel like, ‘I belong here. I can be in this space.’” 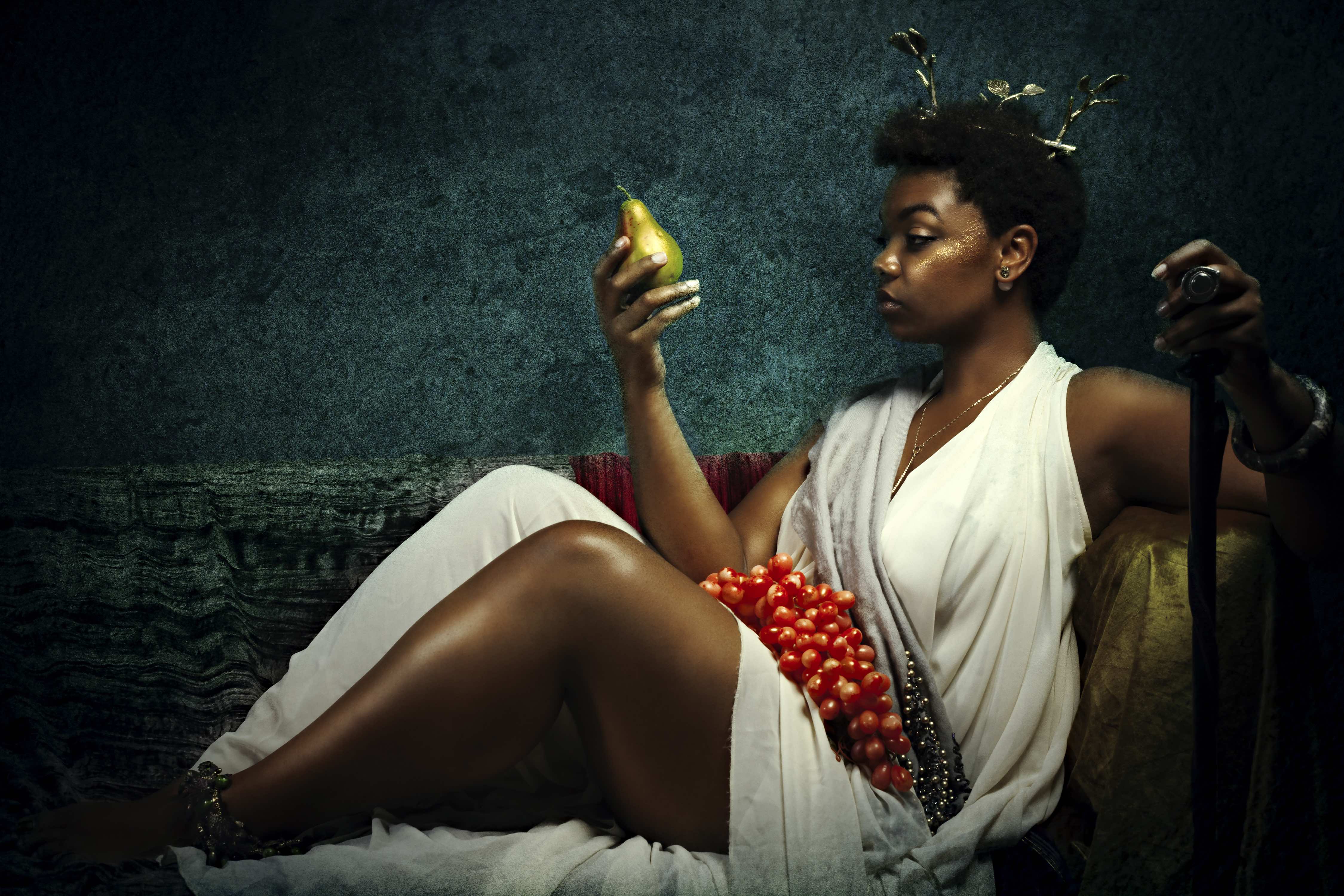 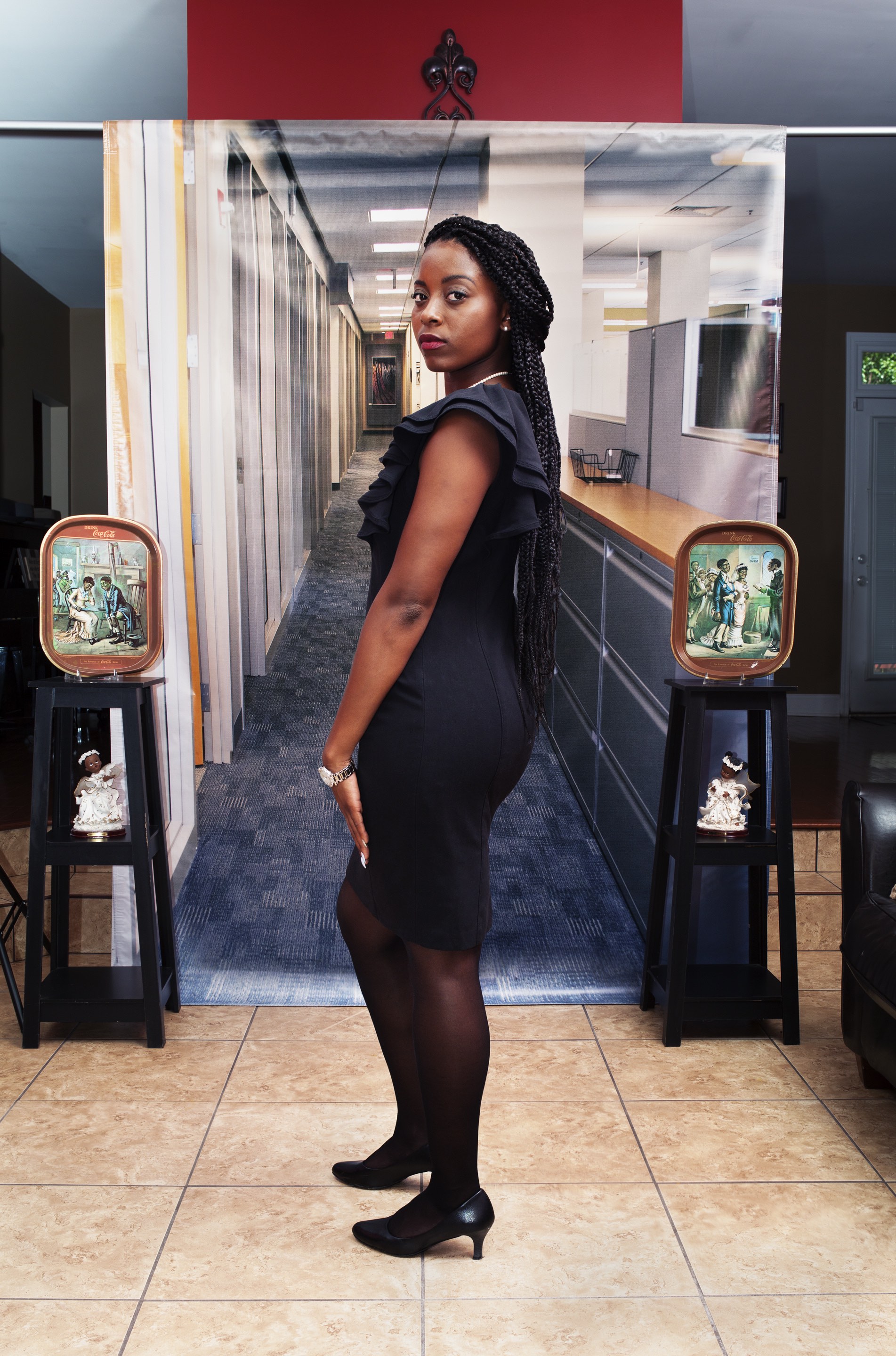 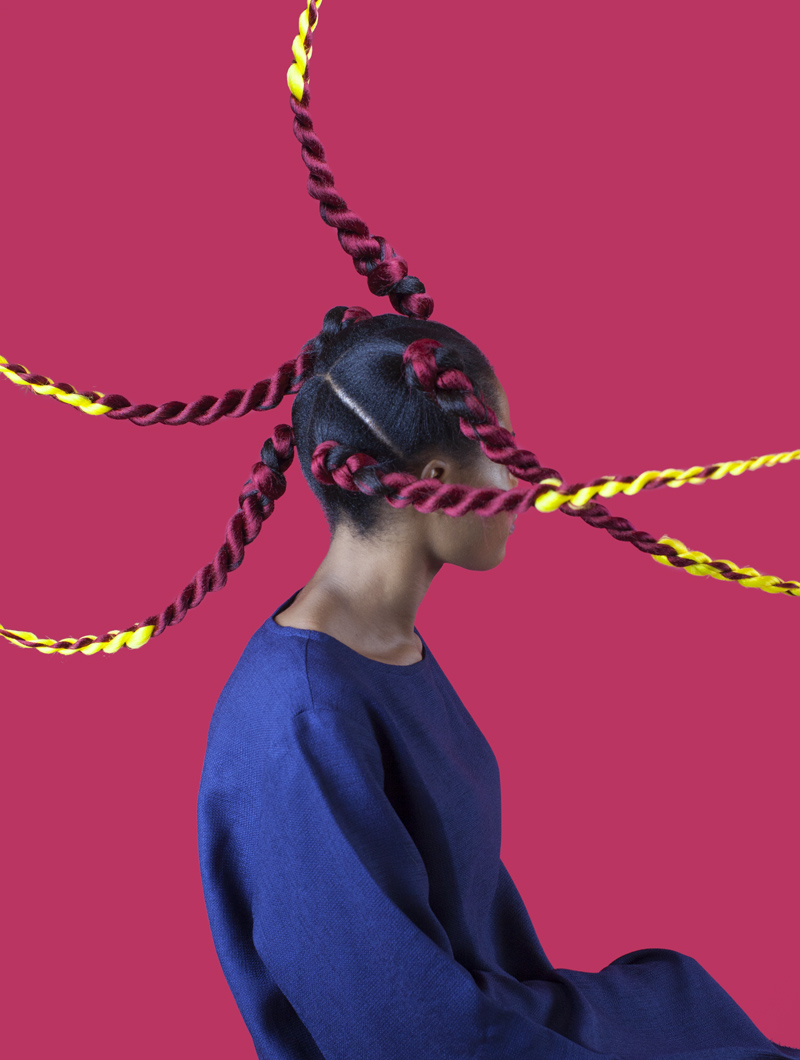 How do you see me? will be on view at Catherine Edelman Gallery, Chicago, from September 7 – October 27, 2018.

Linkedin
RELATED ARTICLES
OTHER ARTICLES
Proposals to introduce a minimum GCSE threshold for student loans will disproportionately affect those from marginalised backgrounds.
Curator Antoine de Beaupré discusses his immense record collection and what it tells us about the intersection of music, photography, art, and commerce.
Photographer Arthur Grace recalls travelling through the Soviet Bloc and finding ways to evade the surveillance of his work.
In the wake of the decision by the supreme court to overturn Roe v Wade, thousands of protestors filled the streets to express their rage and anguish.
Photographer Matthew Brookes recalls following a group of young people in Venice Beach living in search of the perfect wave.
Whether it's partygate, the climate crisis or the spiralling cost of living, the fightback begins on the picket lines writes Tommy Vickerstaff