Art & Culture / In Pictures: Capturing a cultural oasis in the Sahara 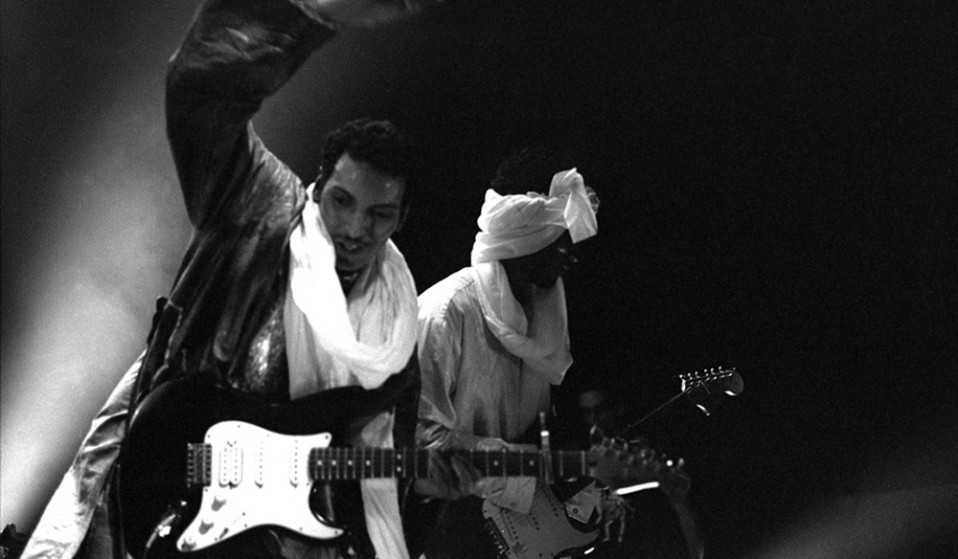 Photographer Arnaud Contreras has spent 15 years travelling through Africa, uncovering the spirit of desert life – its youth, its music and its struggles – to counteract Saharan stereotypes that persist in the West.

The photographer had been travelling through Libya, Algeria, Mali, Niger and Western Sahara with the idea of studying their heritage and oral traditions. 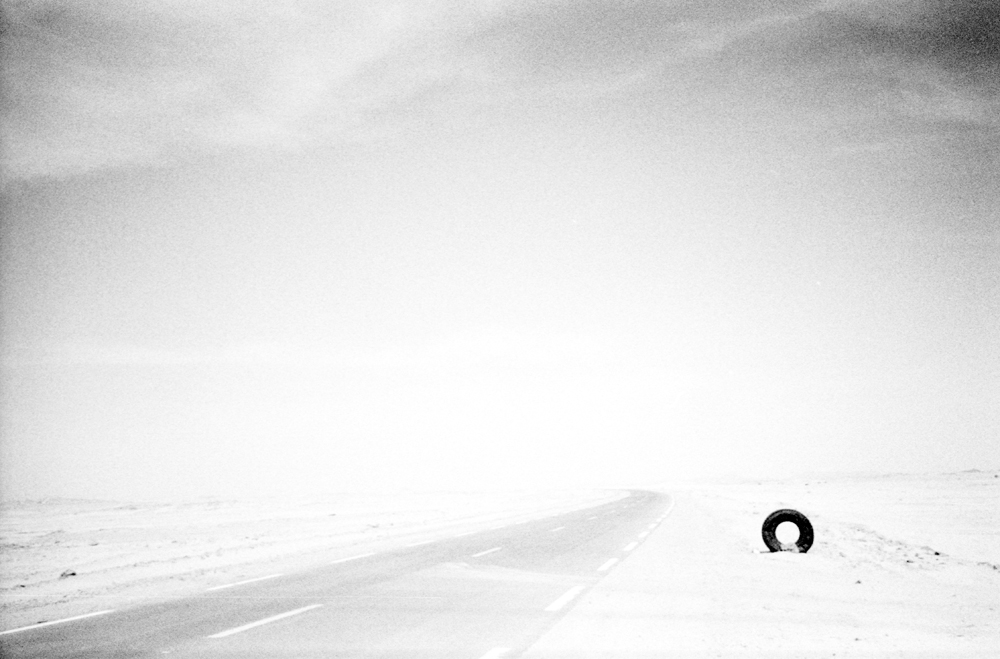 But one scene in Timbuktu changed that plan: the sight of teenagers swapping music videos over Bluetooth while, in the background, a butcher chopped meat to the sounds of Eminem.

“They were all living completely in the 21st century – not in the 1950s, as most of the pictures and documentaries presented them in Europe,” he says. “That’s the side of the Sahara I wanted to show.” 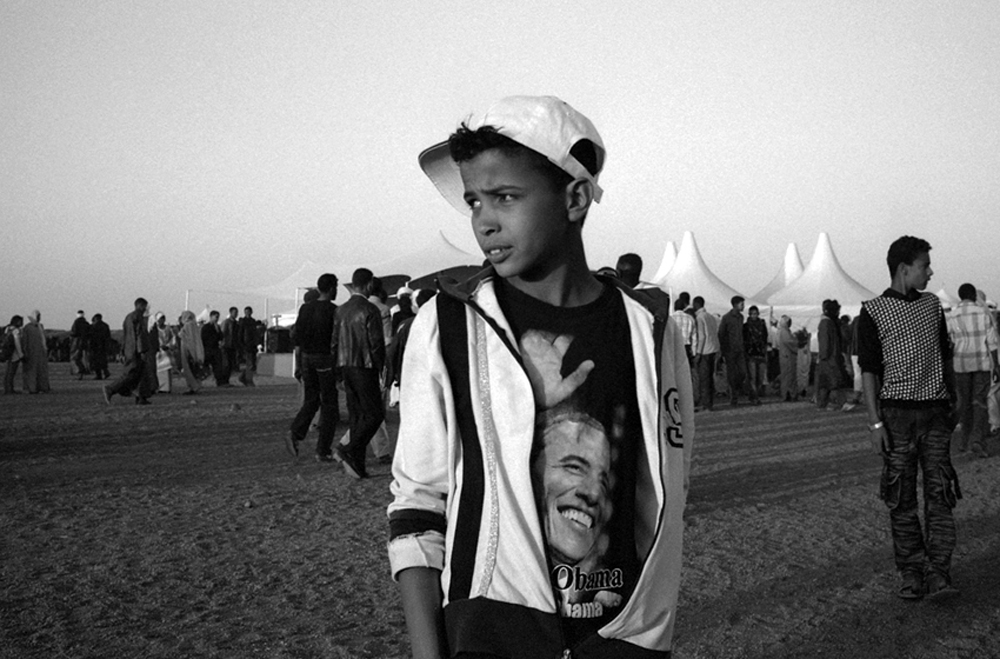 After making friends in guitare bands – a genre often referred to as ‘desert rock’ in the West – Contreras began following these musicians, recording their stories, absorbing their political and social struggles.

Working with old analogue Leica cameras, he found himself drifting along with an approach more in keeping with the narratives of Jack Kerouac and Allen Ginsberg than those of a journalist. Contreras made a point of taking his time – recording sights and sounds as they occurred in the moment. 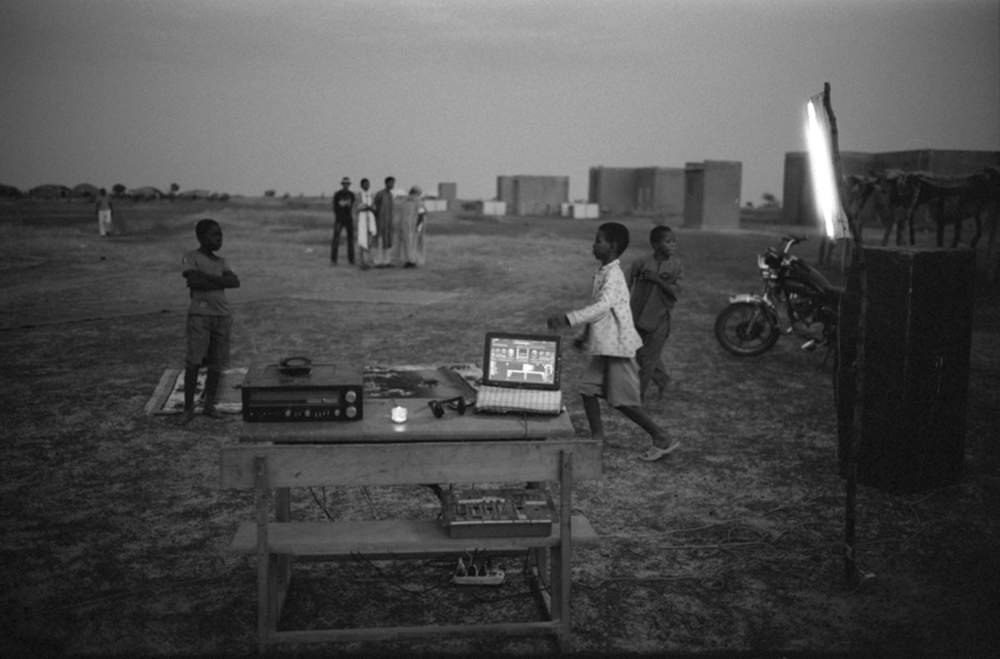 “I’m not comfortable with the way some reporters and documentary filmmakers focus on showing ‘those poor africans,’” he says. “I’m more into highlighting the ones who are actively combating those images: musicians, of course, but also civil leaders as well as businessmen and women. They’re not all angels, but many are trying to develop their region.”

The project has now developed into Sahara Rocks, a book of images and interviews documenting the desert landscape – one that has embraced modernity without being considered part of the modern world. 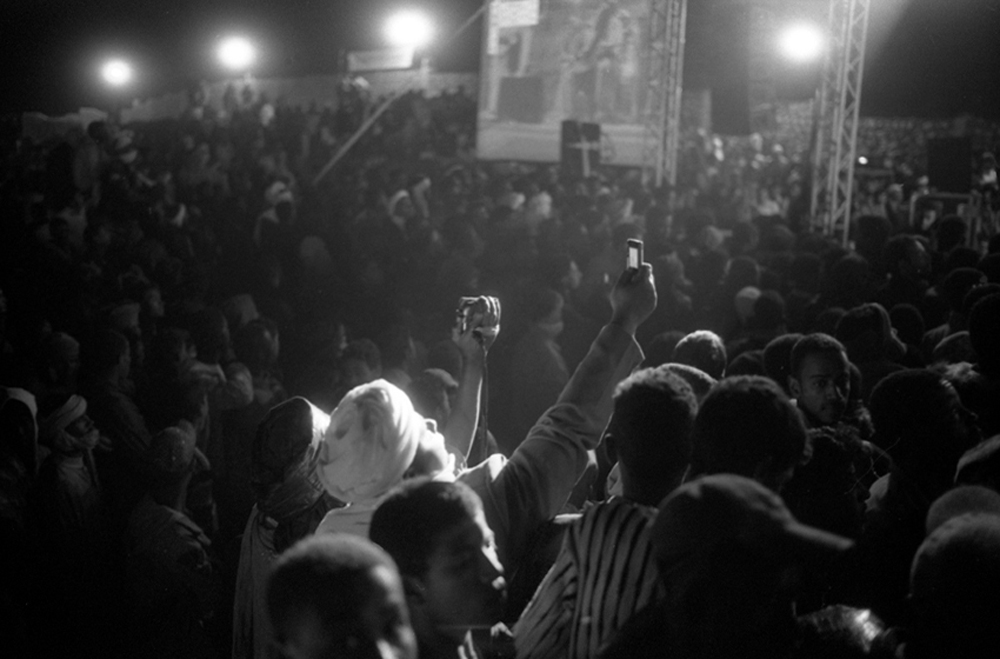 “A large part of the Songhai, Arabs and Tuaregs I’ve met feel like hostages to the image we have of them in Europe and the US,” says Contreras. “They don’t understand why, whenever the Sahara and the Sahel are in the newspapers or on social media, it’s always about terrorism.”

The arrival of mobile technology has transformed the Sahara – not just in terms of the economy and the spreading of ideas, but in the way people define their own image. The problem is finding others to share that vision with, Contreras says. 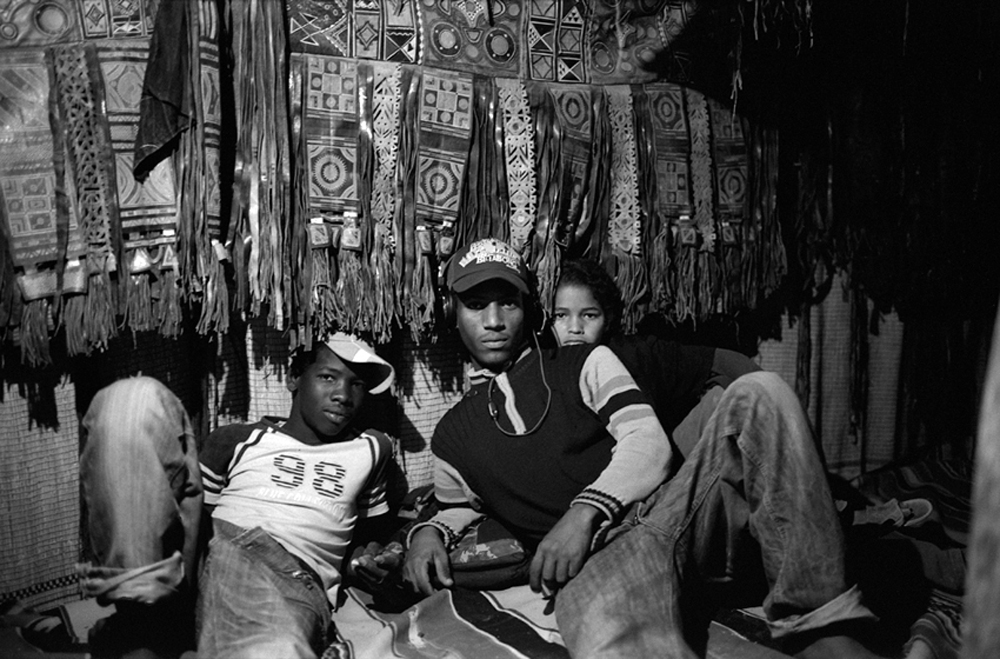 When he first began travelling, 15 years ago, the Saharan people were accustomed to meeting tourists, journalists and members of NGOs. Since then, security threats have halted the influx of westerners to the region, leading to concerns that the real Sahara is being misrepresented.

Musicians such as Bombino, Tinariwen, Tamikrest and Songhoy Blues are becoming the only bridge between the western world and the Sahara, says Contreras, making them ambassadors of their communities. 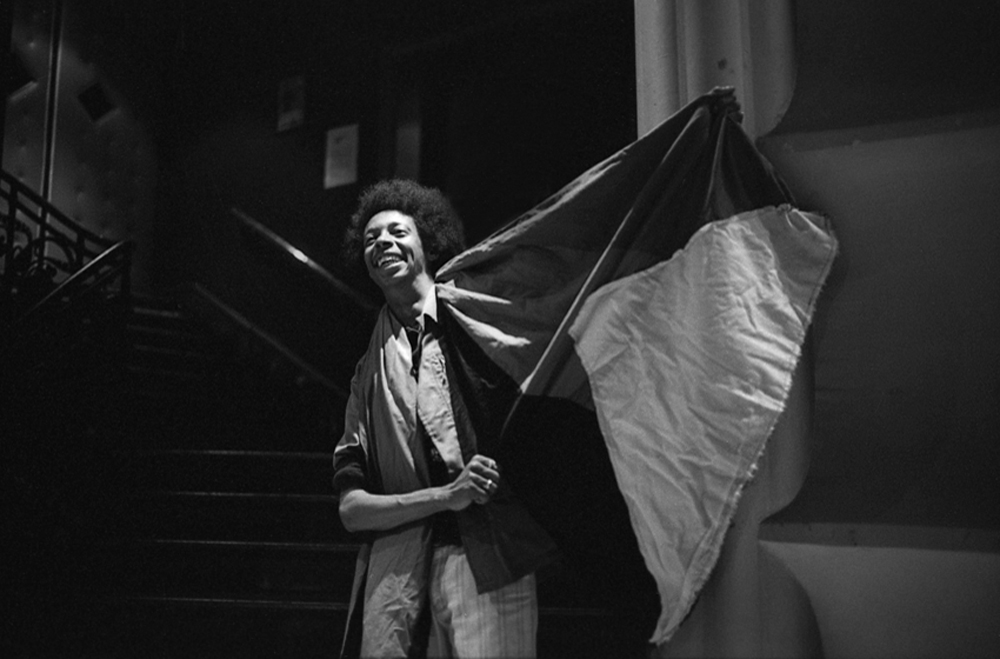 But rather than having a platform to discuss subjects they’re passionate about – like the development of health, education and technology – journalists in Europe and the US seem more interested in asking them about ISIS and AQIM (al-Qaeda in the Islamic Maghreb).

Being categorised as ‘world music’ doesn’t help either, says Contreras. “Instead of presenting them as rockers, rappers or protest singers, they’re just still seen as ‘poor africans’.” 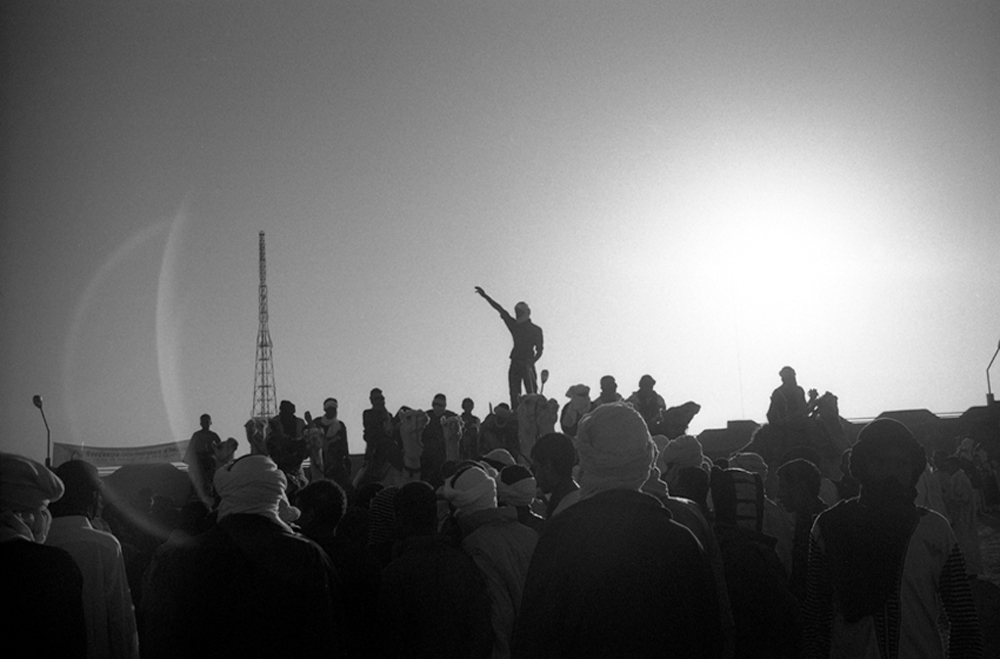 An an antidote to that image, Contreras focused on capturing what he calls ‘Saharan time’: those in-between moments when it’s so hot that it feels like nothing is happening. “They usually come at night when people gather around a computer, a fire or a guitar,” he says. “We laugh a lot in the Sahara. The environment may be hard and brutal… but the behaviour is sweet.” 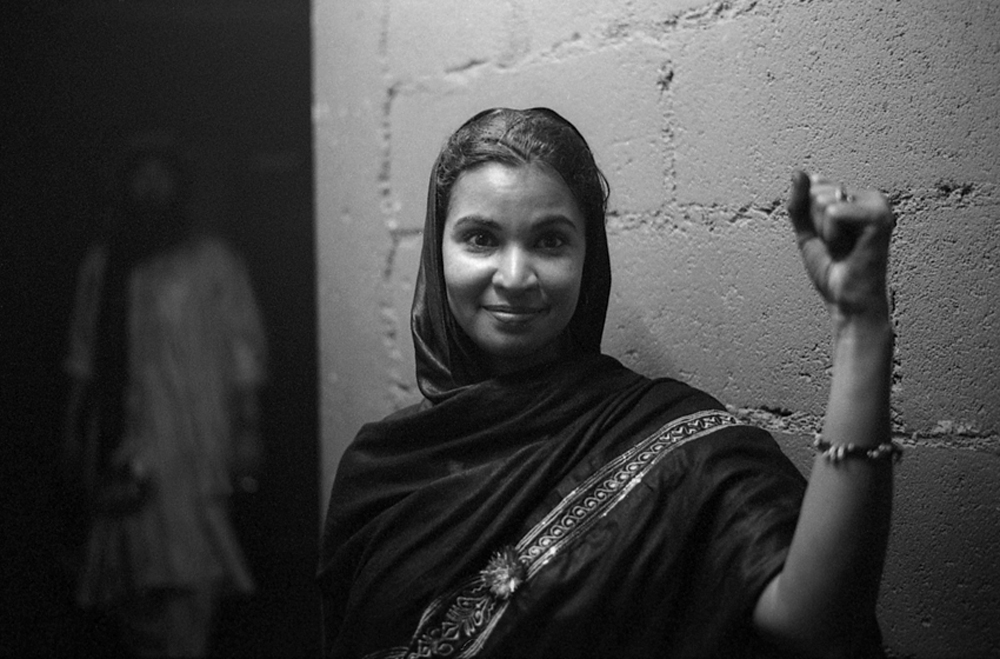 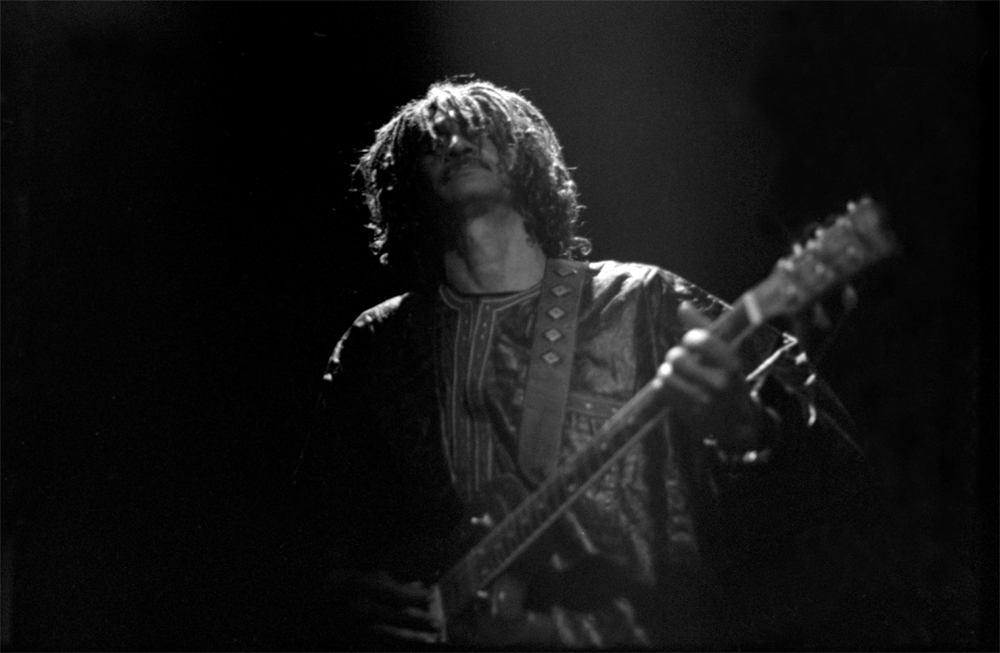 Sahara Rocks! can be ordered through Editions de Juillet.

Check out Arnaud Contreras’ online portfolio or find him on Facebook.

Linkedin
RELATED ARTICLES
OTHER ARTICLES
Amid soaring inflation, more families are having to turn to the kindness of strangers to shoulder the cost of dying.
A new photo series documents tribes preserving the environment through simple, sustainable practices in central Asia.
After voting to strike across England, prison teachers explain why they’ve been pushed to a breaking point.
Photographer Ira Lapu documents the lives of ordinary Ukrainians living amid a brutal conflict.
Over the weekend, the United Families & Friends Campaign organised a protest calling for an end to deaths at the hands of the police.
Following the release of their third album, the duo talk collaboration, family and connecting with the dead.