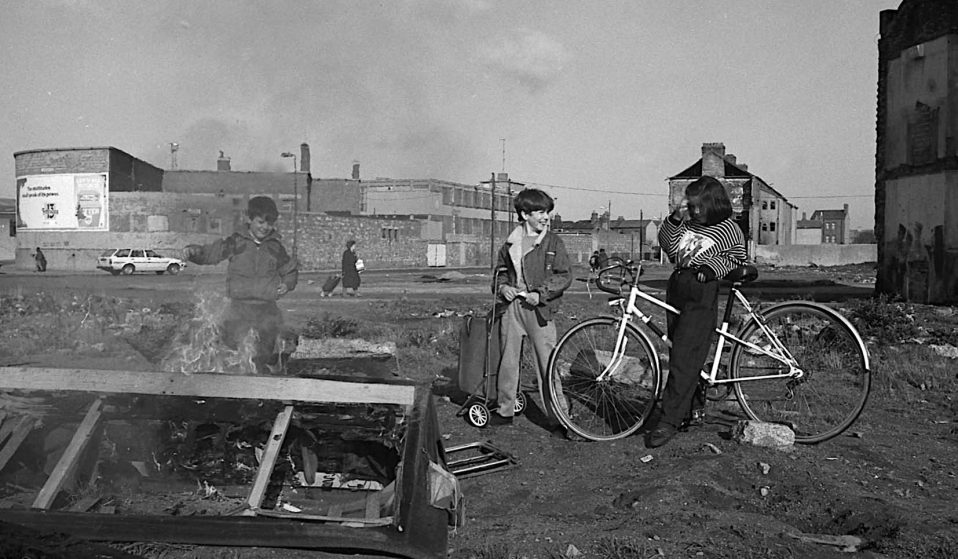 As a young man fresh out of school, Colm Pierce was going nowhere. Until he picked up a camera and began documenting life on Sheriff Street.

As a young man fresh out of school, Colm Pierce just like Dublin was going nowhere. Until he picked up a camera and began documenting life in one of the city's most deprived neighbourhoods.

In the 1980s, Dublin was struggling. Neither Fianna Fáil nor Fine Gael could get a handle on a struggling economy and with unemployment rates so high local youth were driven abroad to England in search of work.

After leaving school in 1986, Colm Pierce soon found himself on the dole. He wasn’t sure what he was going to do with himself until his mother showed him an ad in the local paper for the NCCCAP (North City Centre Community Action Project), a community group that offered a basic photography course.

“Photography appeared like a breath of fresh air. I was hooked straight away,” Pierce recalls. Although his father advised him to get “a real job” there was no turning back. “I felt this was for me,’ Pierce says. “It was too intense to let this go so I just went for it and spent all my dole money on film and chemicals.” 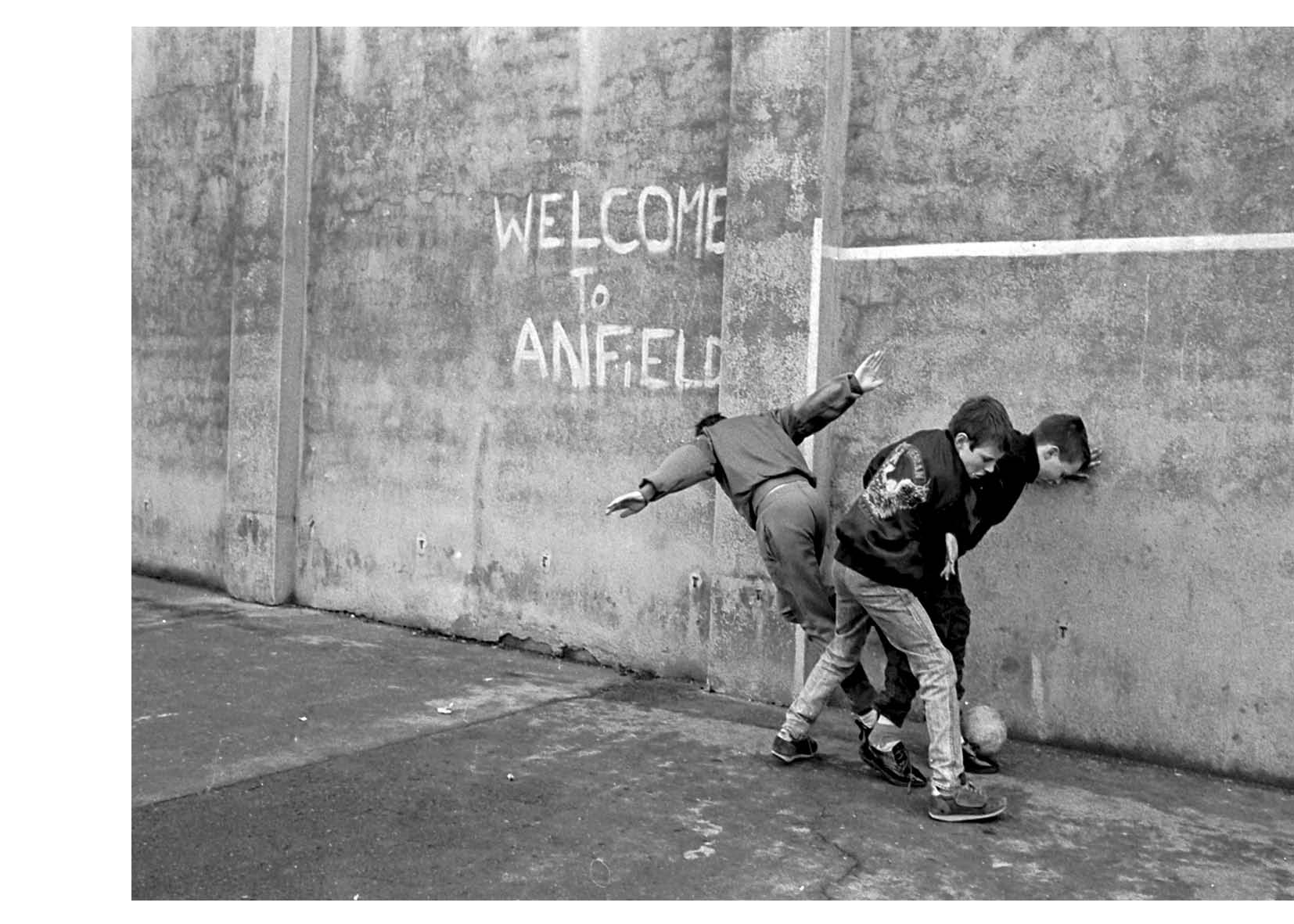 Inspired by the work of Dublin photographer Tony O’Shea and Derek Speirs who he studied with, as well as Josef Koudelka, Garry Winogrand, and Tony Ray-Jones, Pierce began to pursue street-level photography. With the advice of Speirs and O’Shea, Pierce began photographing Sheriff Street, a working-class neighbourhood by the docks beset by poverty, crime, and drugs.

“By the ‘80s it had made its name as a no-go area for police. When I was there they were moving families out and the kids played in the broken window frames of the vacant flats,” he says. 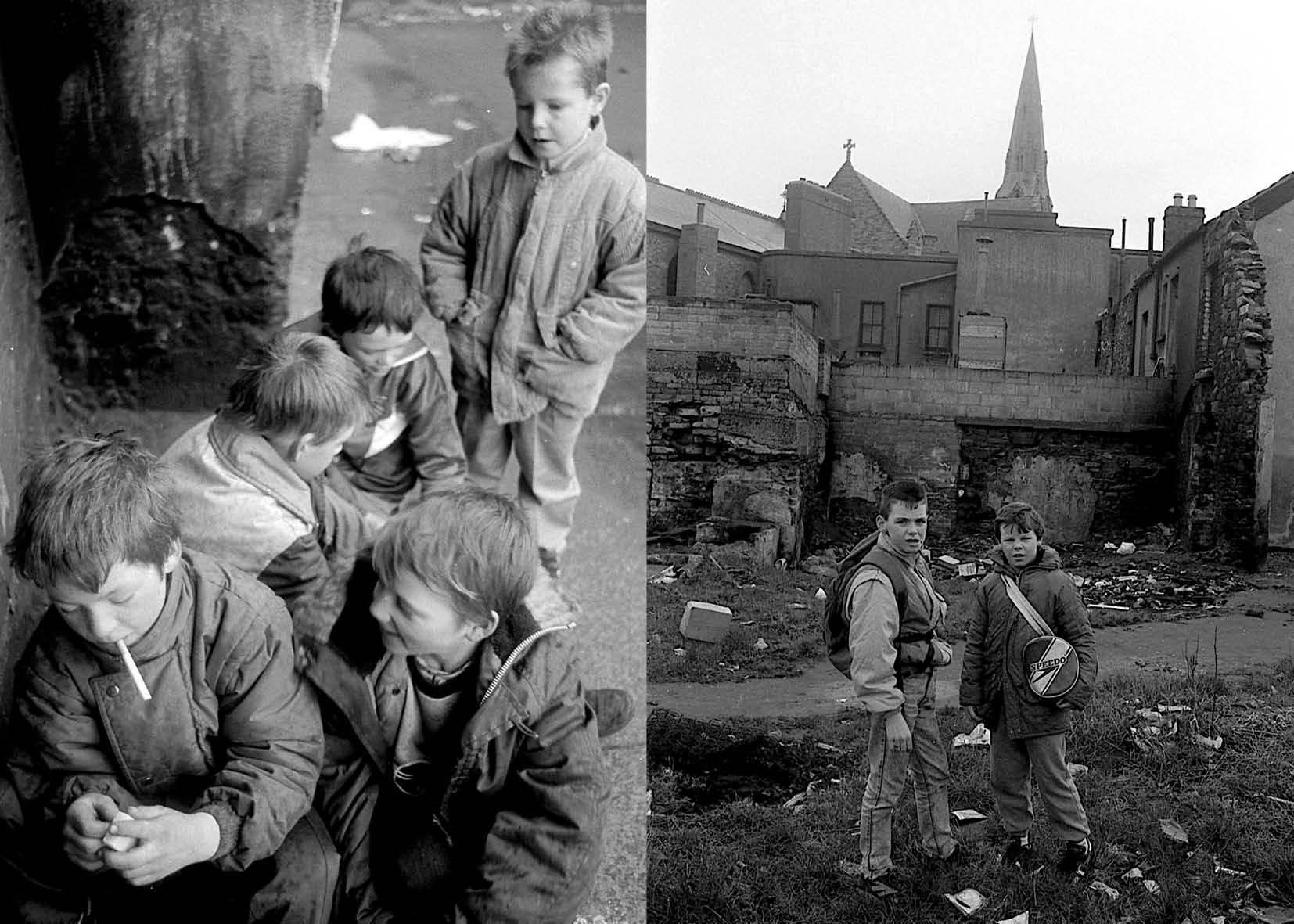 In the new books Sheriff Street Dublin 1989 Volumes I and II, Pierce brings together his photographs from that time to paint a captivating portrait of daily life in the neighbourhood.

“The kids were always playing in the street or in flats that were left vacant. They’d collect wood, broken furniture, bald car tires for their bonfires. They loved the burnt-out cars because they were theirs.” Pierce tells me.

“I remember once that someone had got a box of paper ribbon, the sort of stuff you find in cash registers, and kids went mad throwing it up in the air. There was this white paper ribbon everywhere just blowing in the wind. It was beautiful to see.” 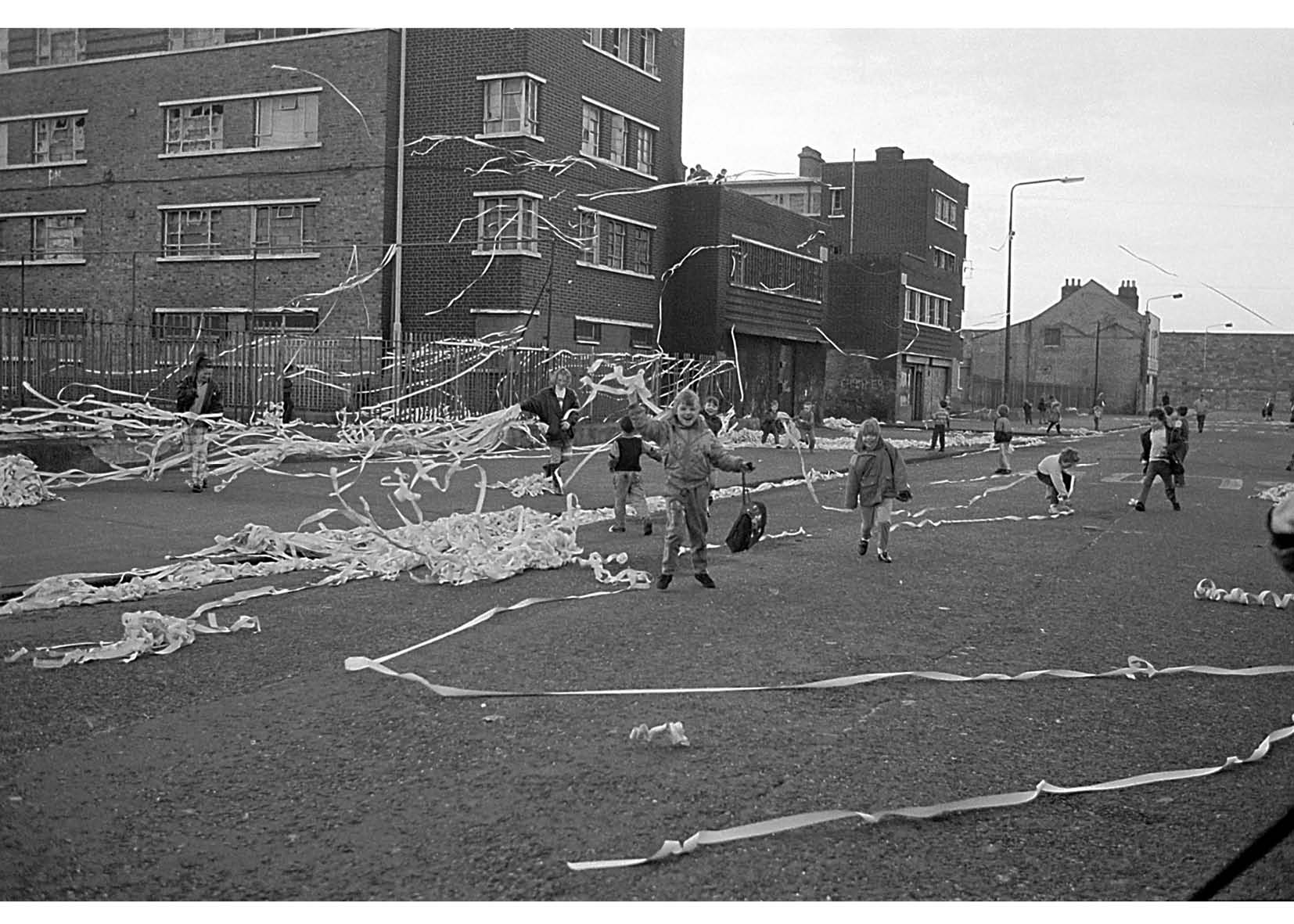 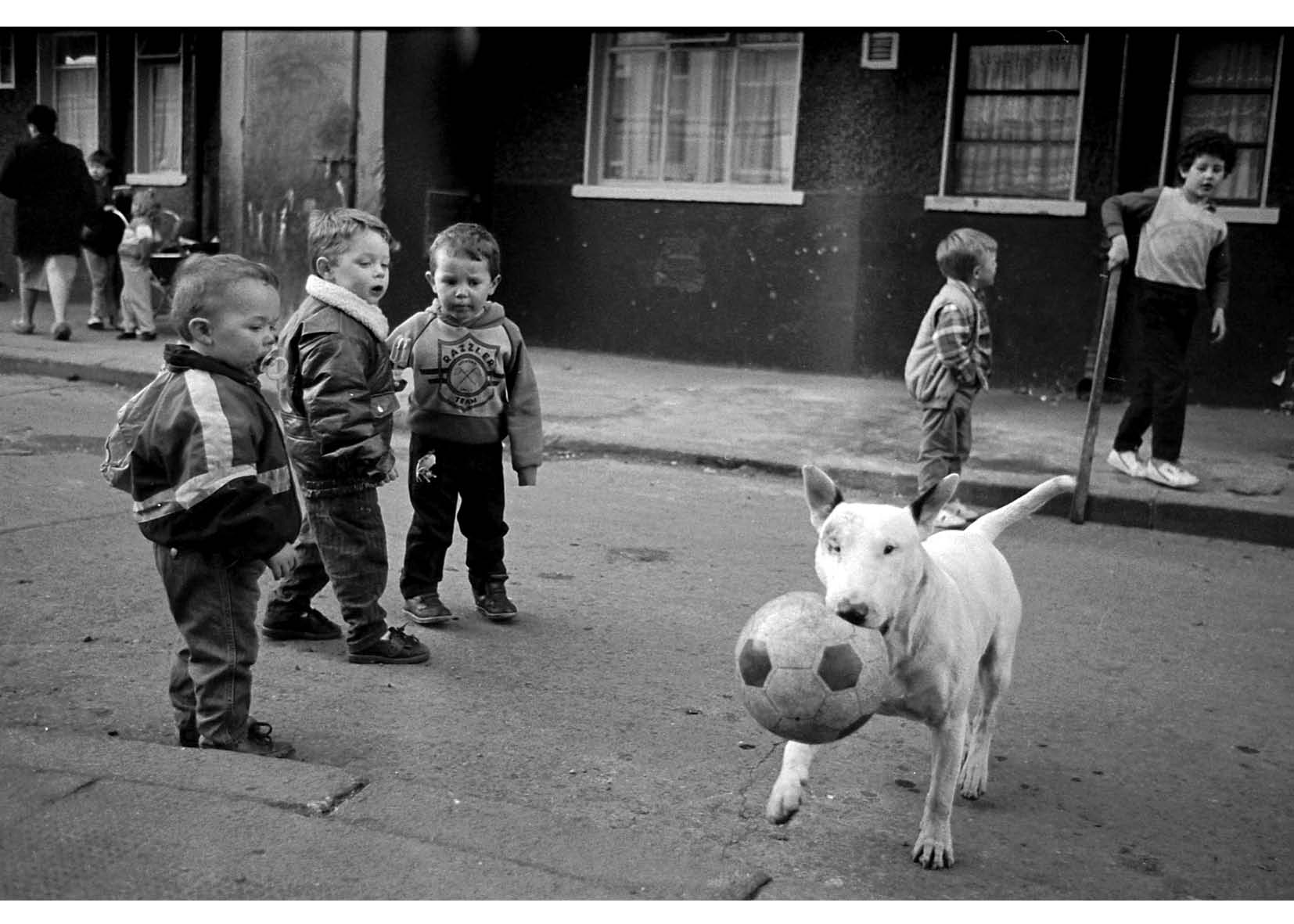 As well as his photographs, Pierce can reflect on plenty of stories that show how Sheriff Street’s kids made the best of a bad situation, like the time he agreed to teach one of his subjects how to shoot his friends only to find him running off with it.

“The young lad pressed the button and darted off with my camera. I shot after him and before I caught up with him he stopped and turned around, gave me back the camera saying, ‘I was only messin’ with ya, mister.’” 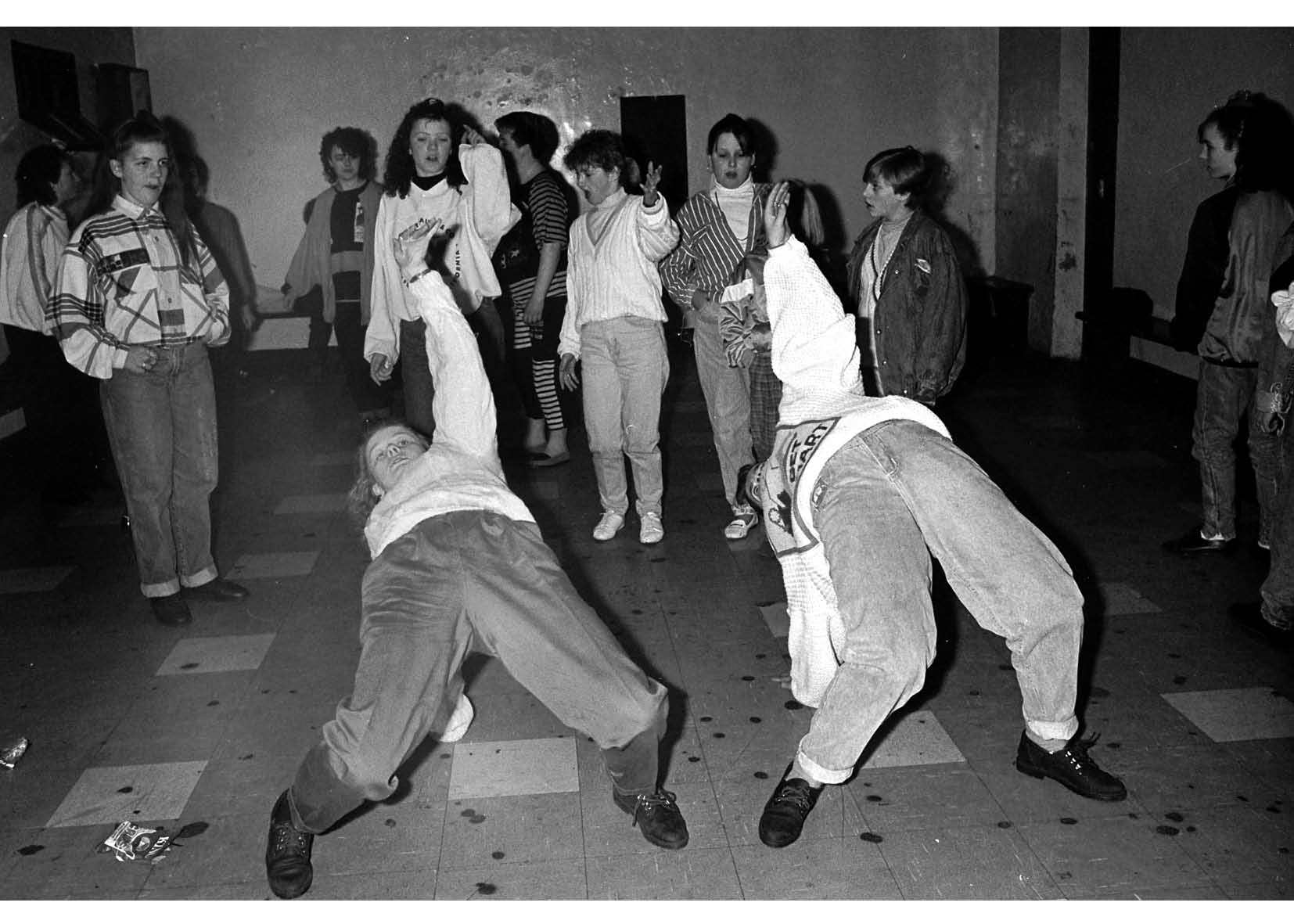 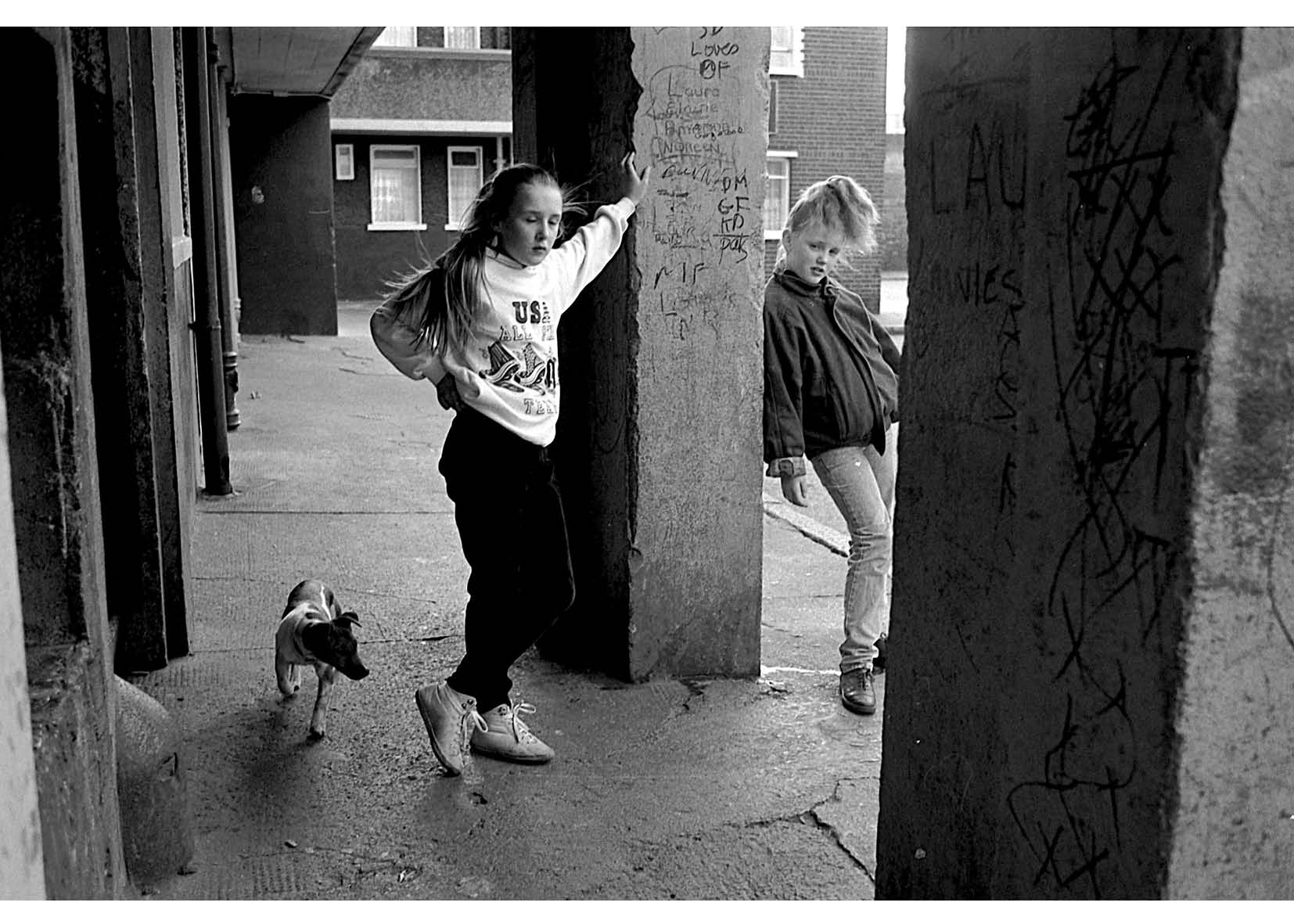 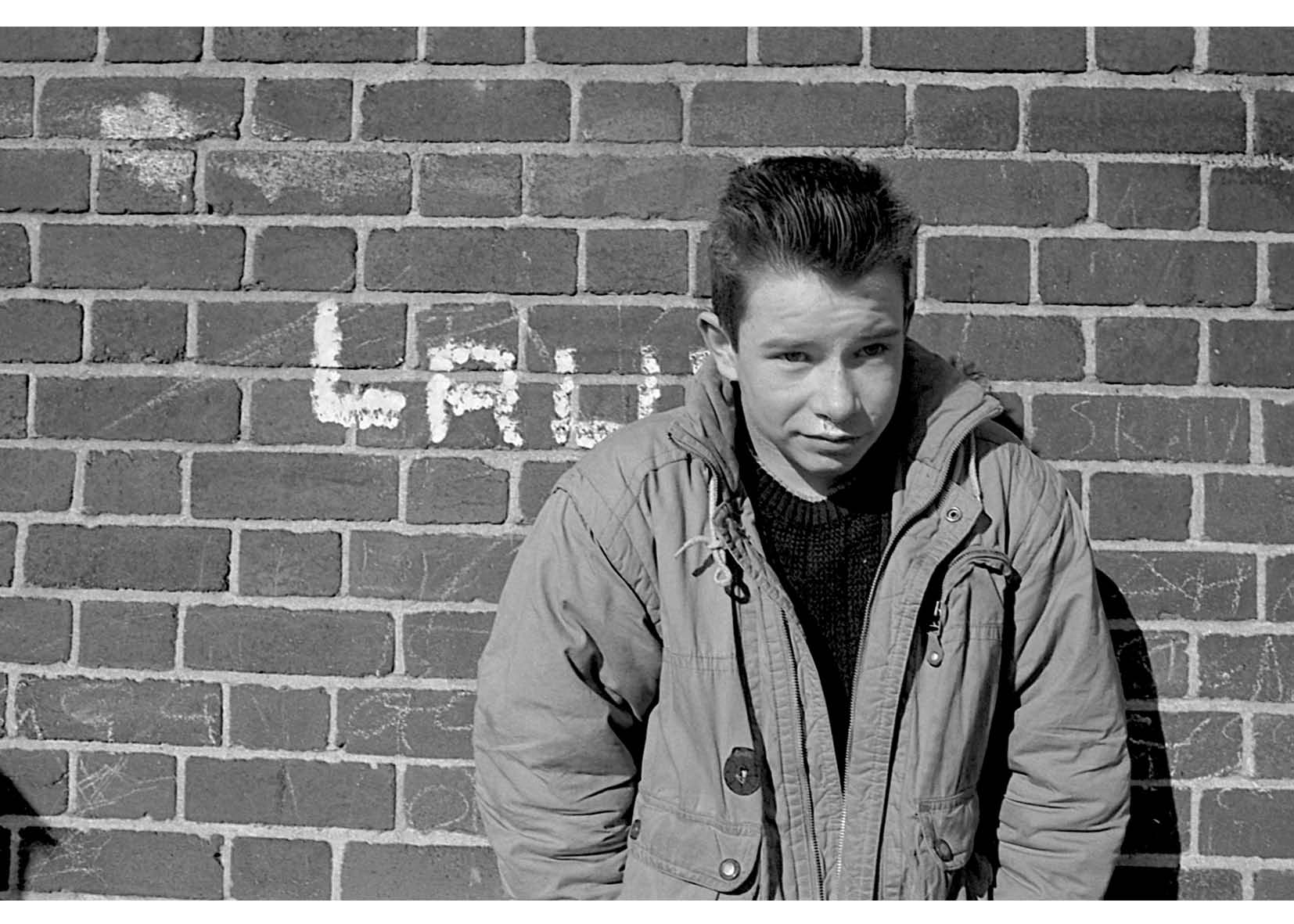 Linkedin
RELATED ARTICLES
OTHER ARTICLES
For over a decade, gamblers have won big by employing people to place live bets from the court. But does this dubious method still work?
Birdy Chu reflects on documenting the historic moment in which the territory was formally passed back from the UK to China.
Ahead of the release of their first collaborative album, the producer and rapper talk psychedelics and the state of UK hip hop.
A new project is documenting formerly incarcerated people as they transition back into civilian life.
A group of young Palestinians have found temporary freedom in the act of parkour, reimagining wreckage and ruins as a series of high-octane playgrounds.
Rhiannon Adam spent three months capturing an ageing society wracked by division, isolation, and the aftermath of scandal.