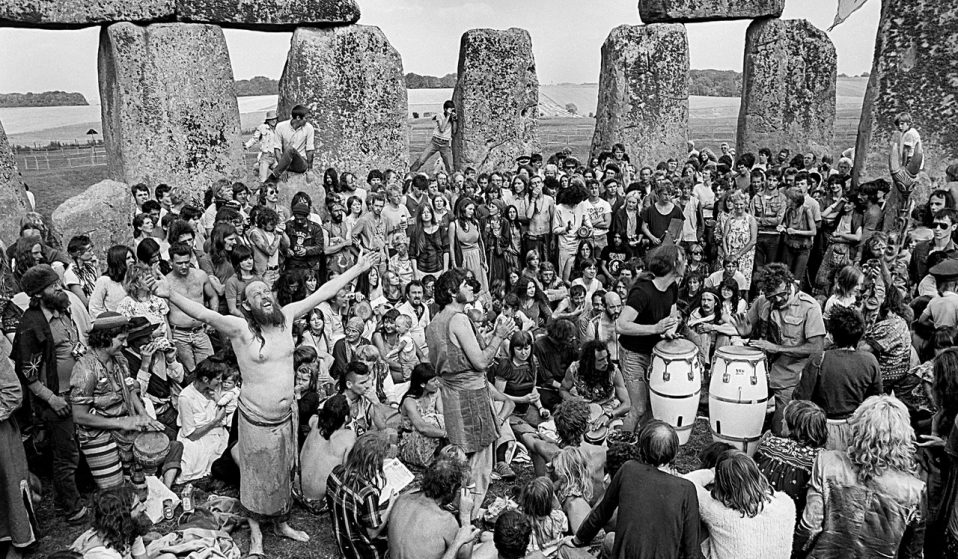 Photographer Alan Lodge remembers shooting the mini utopia that was the Stonehenge Free Festival, an event held in the fields surrounding the prehistoric monument.

Photographer Alan Lodge remembers shooting the mini utopia that was the Stonehenge Free Festival, an event held in the fields surrounding the legendary prehistoric monument.

The Free Festival Movement of the 1970s took the UK by storm, offering a mélange of music, arts, and cultural activities at no cost. Beginning with Woodstock in 1969, the possibility of creating a mini utopia became a dream come true – that was until they became too popular, and the state got involved.

“’Free Festivals’ developed from people being fed up with the exploitation, rules, squalor and overall rip-off that so many events had become. They discovered something… a powerful vision,” says British photographer Alan Lodge, author of the new book Stonehenge (Café Royal Books).

“People lived together: a community sharing possessions, listening to great music, making do, living with the environment, consuming their needs and little else.”

“Life on the road in an old £300 1960s bus, truck or trailer seemed like a bloody good option, weighed against the prospect of life on the dole in some grotty city under the Tory Government.” 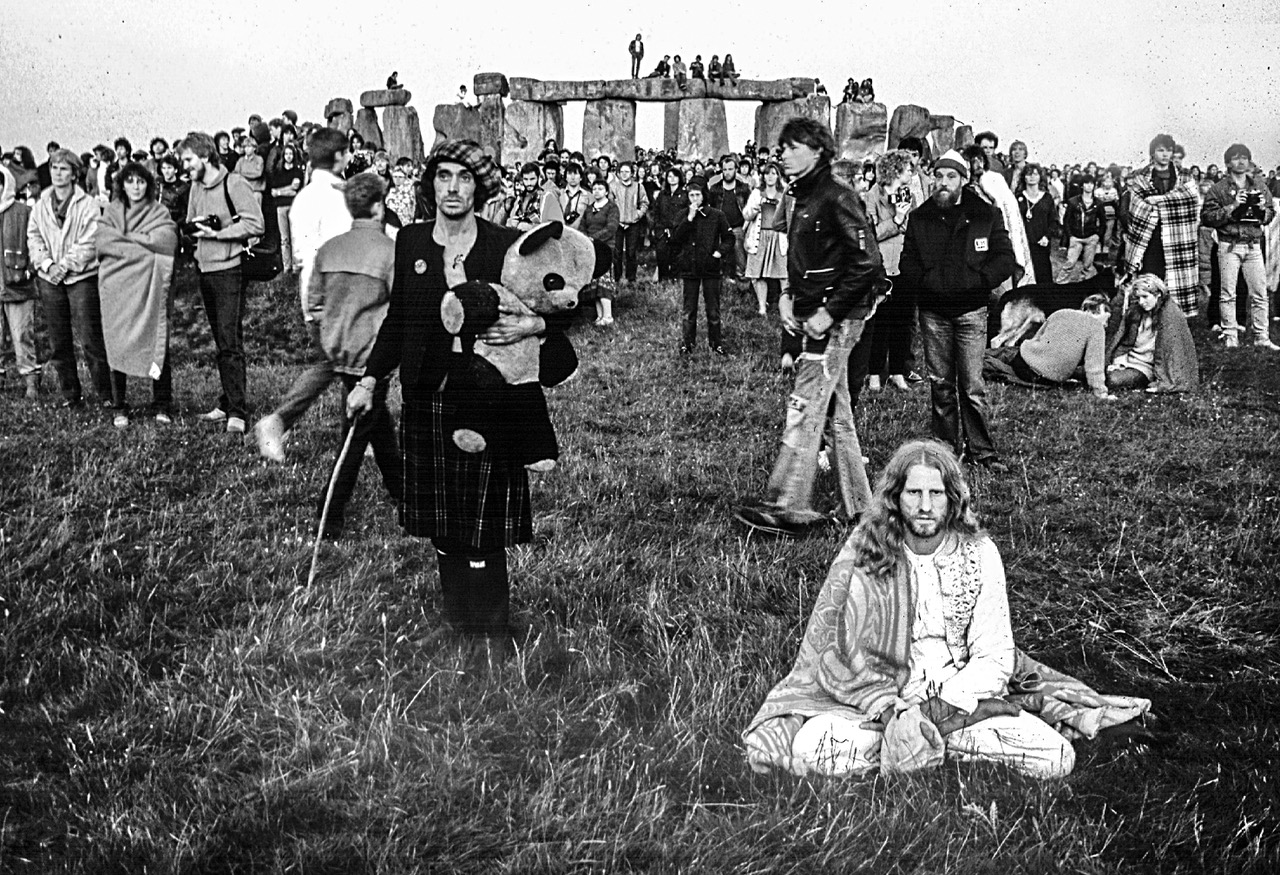 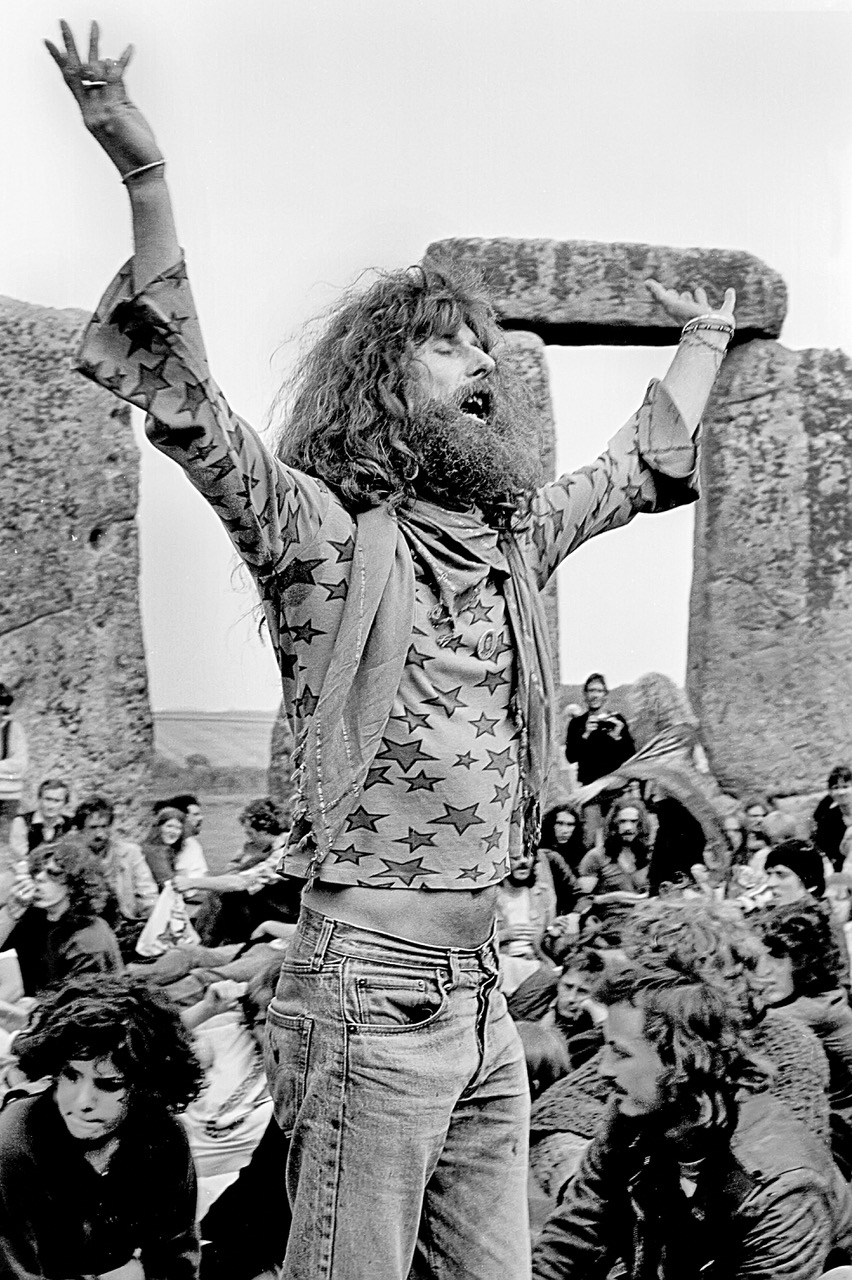 “As the habit of travelling in convoys caught on, larger groups of performers were established. They were joined by a wide variety of traders of different kinds, and the New Traveller culture was born. It was all about building communities, tribes, and societies.”

From 1974 to 1984, the Stonehenge Free Festival – later renamed the People’s Free Festival – was held in the fields surrounding the legendary prehistoric monument during the summer solstice. It quickly became the place for hippies, punks, anarchists, bikers, and travellers to gather every year, with numbers eventually reaching hundreds of thousands by the 1980s.

Along with the New Age Travellers, the festival drew countercultural groups including the Peace Convoy, the Wallys, and Circus Normal. Musicians including Joe Strummer, Jimmy Page, The Damned, The Selecter and The Raincoats performed live. 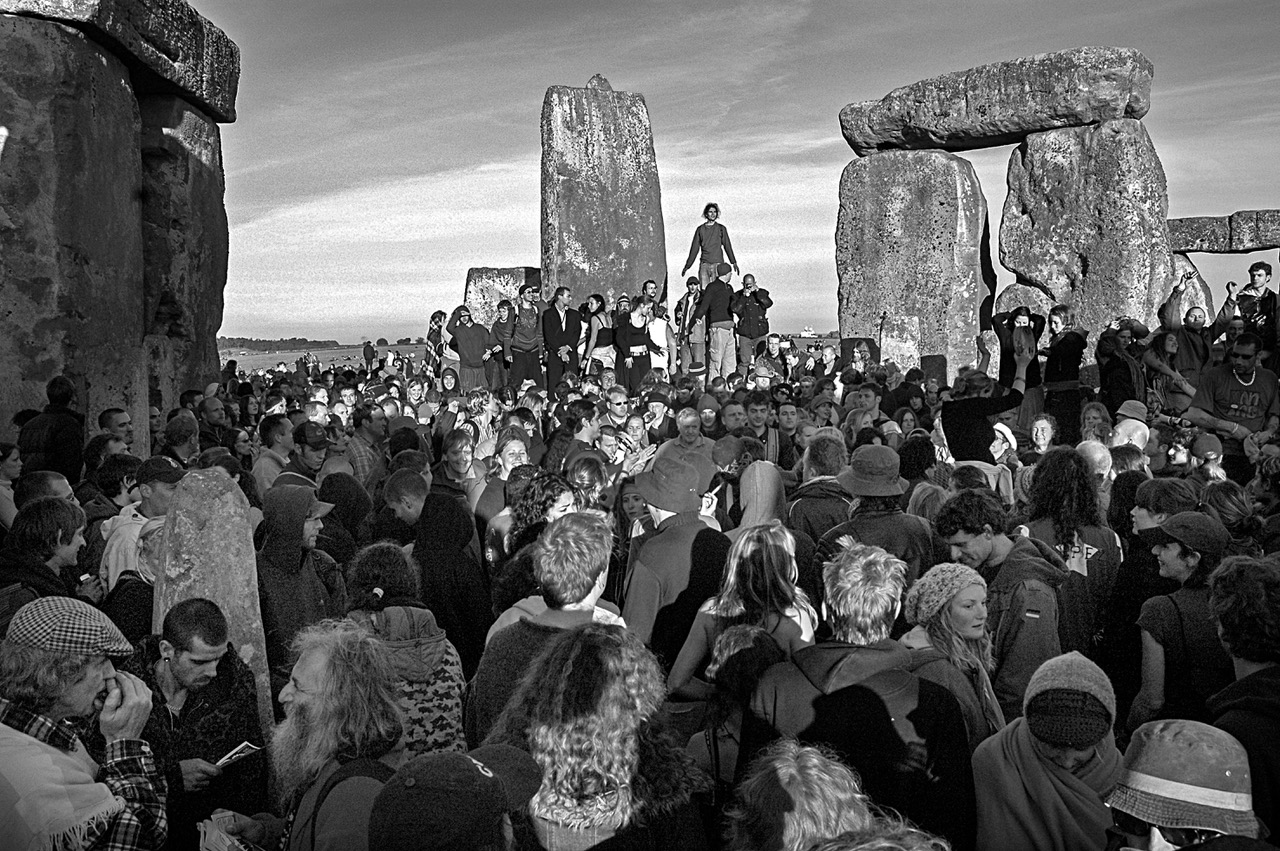 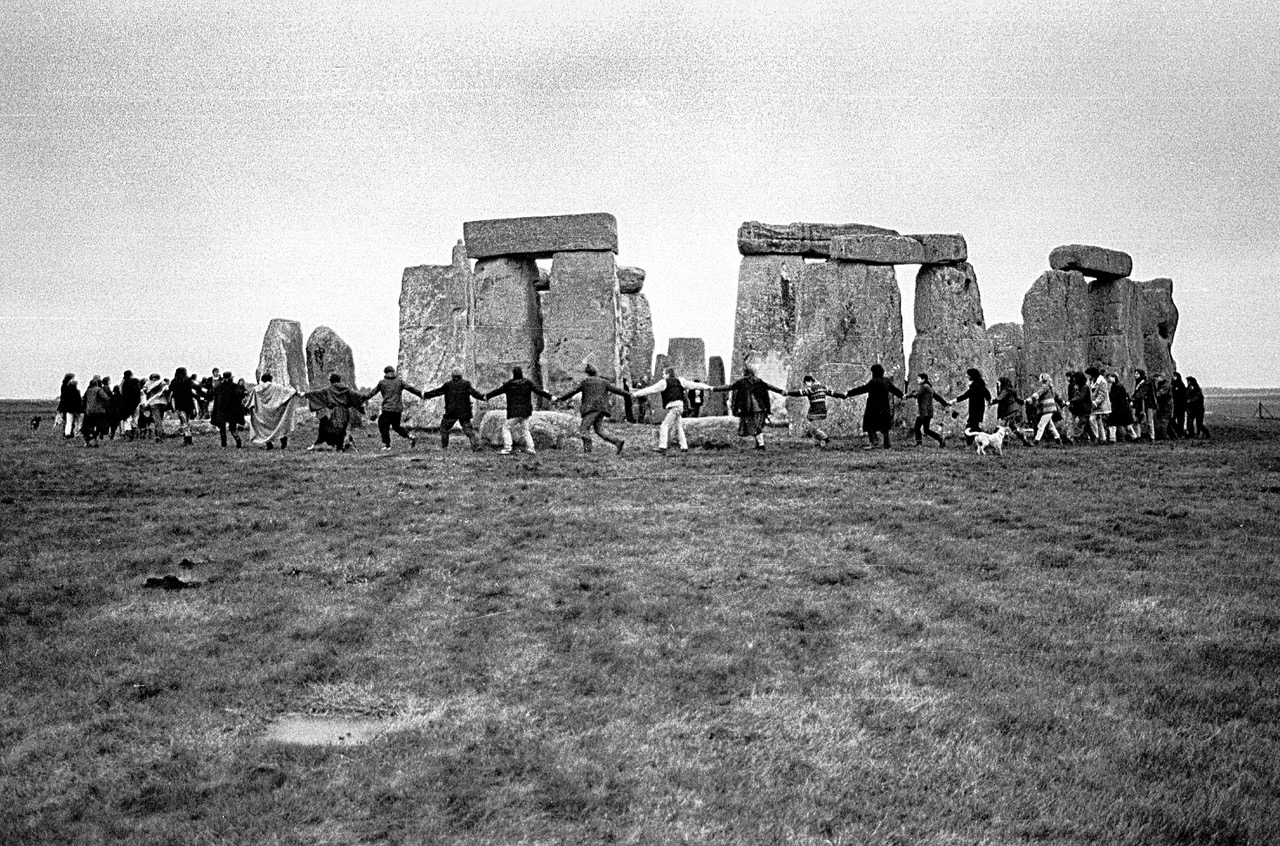 “Stonehenge has long held a fascination for the mystically inclined,” Lodge explains. “When the music was right, the people acted in unison, and that rare communal shared pleasure came to pass – if only fleetingly. Festivals could conjure up a heightened awareness.”

As the festivals became more popular, policing became more aggressive and the mainstream media stoked moral panic. “The papers were full of shock-horror. The News of the World contributed [the headline]: ‘The Wild Bunch: Sex-mad junkie outlaws make the Hell’s Angels look like little Noddy.’ These were read by millions and made ‘folk-devils’ out of peaceful people.”

“Policemen were running down the convoy ahead of me smashing windscreens without warning, arresting and assaulting the occupants, dragging them out through the windscreens broken glass.”

There was no enquiry. Things would never be the same again. But for one shining moment, radicals and revolutionaries found their own halcyon corner of utopia. 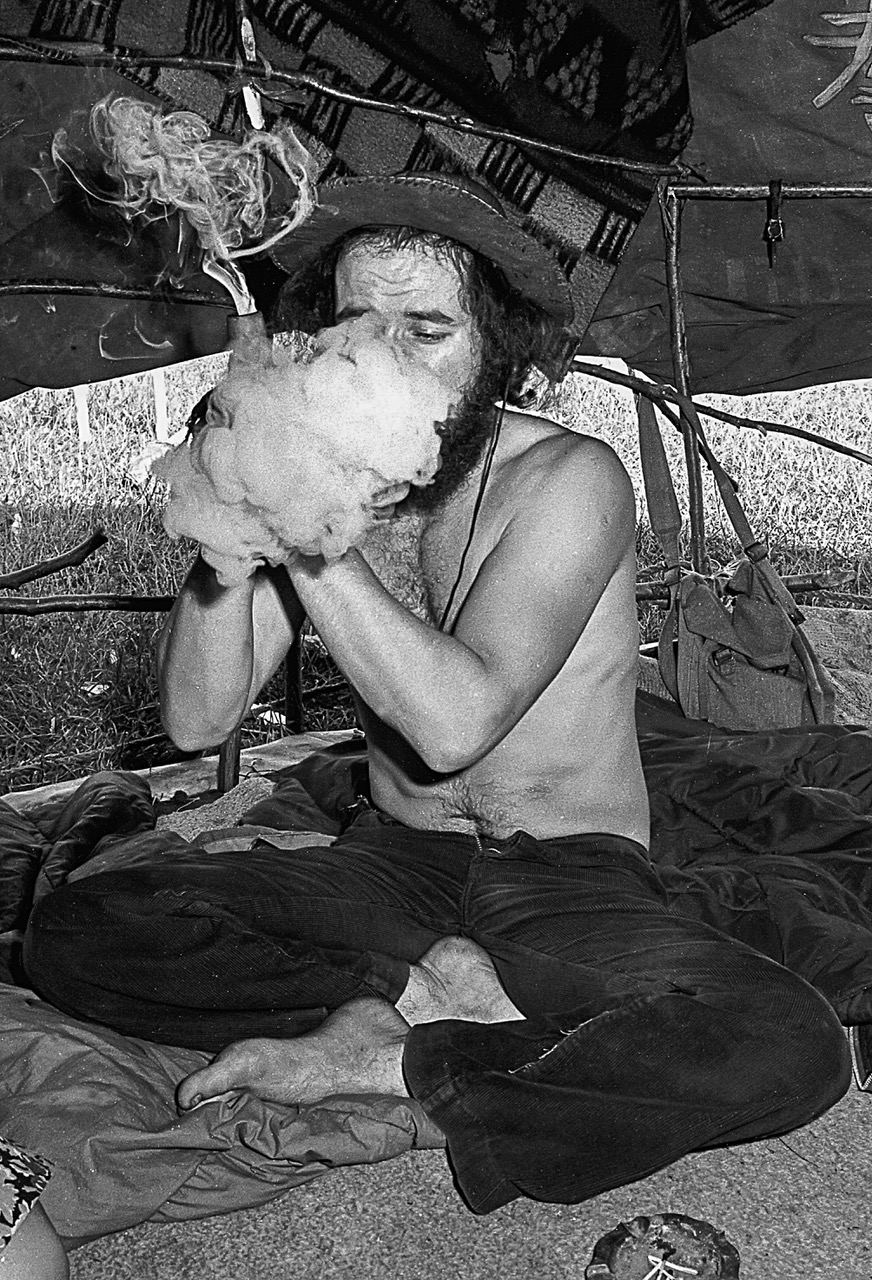 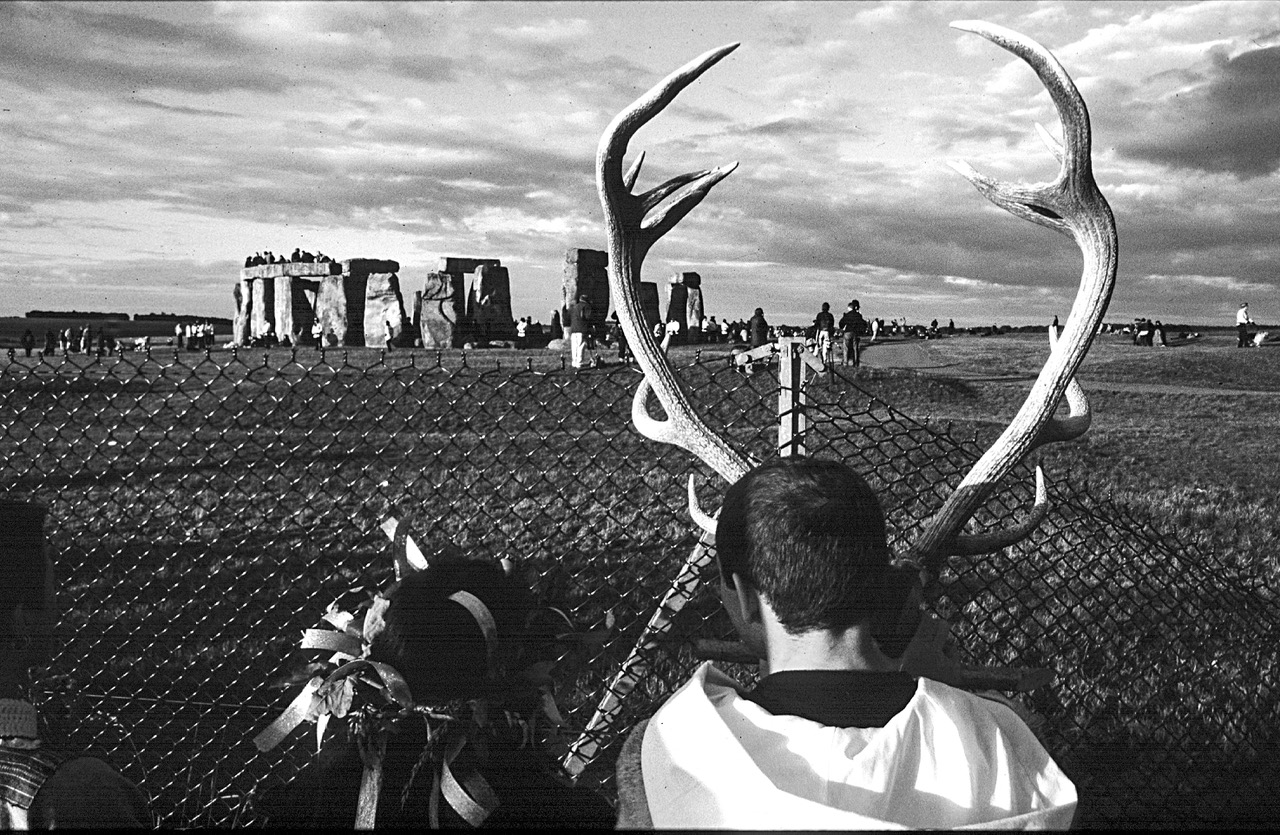 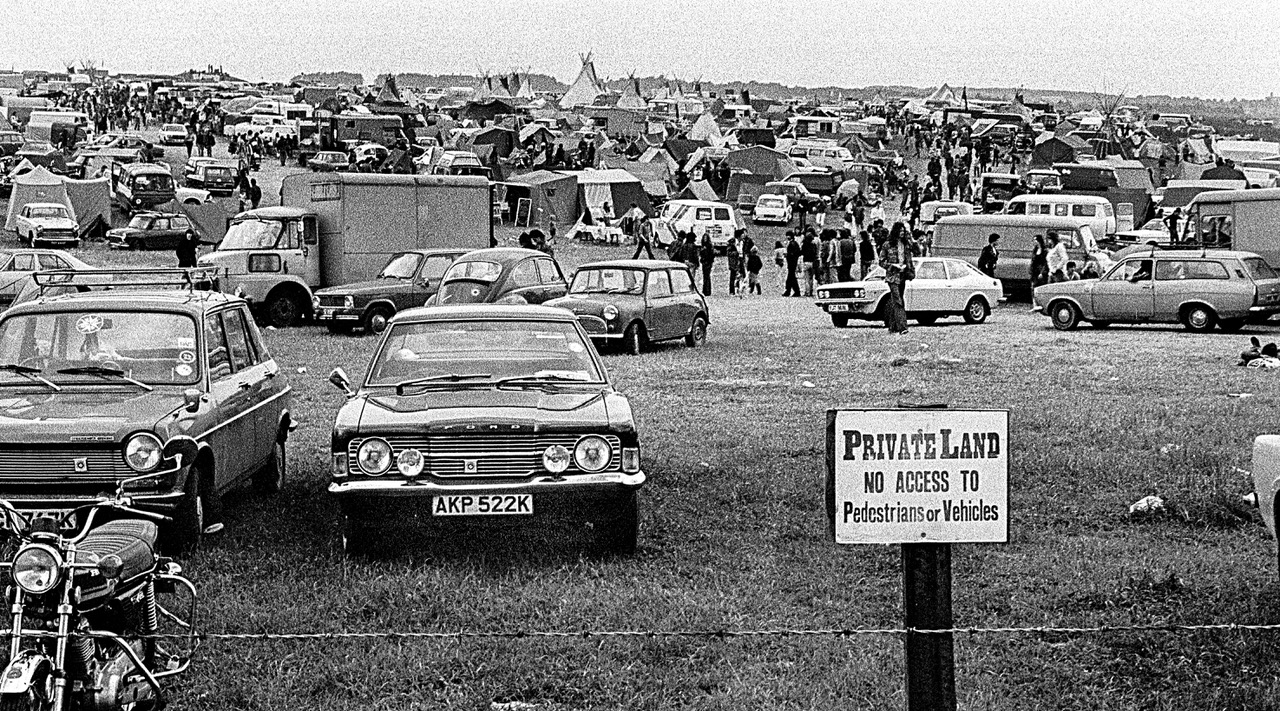 Stonehenge by Alan Lodge is out now on Café Royal Books.

Linkedin
RELATED ARTICLES
OTHER ARTICLES
Photographer Fran May recalls photographing the sellers, customers and passers-by inhabiting the East London street, preserving the legacy of an area threatened by gentrification.
Government immigration policies are driving up Covid deaths. Writer Ziad Al-Qattan speaks with healthcare and human rights campaigners to find out why.
The Umm al-Fahm protest movement is taking a stand against Israeli police for their discriminatory tactics and for abetting a rise in organised crime within the community.
Photographer Chris Hoare discusses his latest project documenting Bristol’s allotments, which over lockdown, saw a surge in interest among people seeking out solace and community spirit.
Director Shalini Kantayya discusses her new film shedding light on the urgent threats machine learning poses to individual freedoms and democracy, and what society must do to combat these sinister technologies.
New figures from the police monitoring group Netpol reporting dozens of injuries to protestors across just three demos prove why we must fight against the Government’s policing bill.