Art & Culture / On the cusp of adulthood, a teenage life laid bare 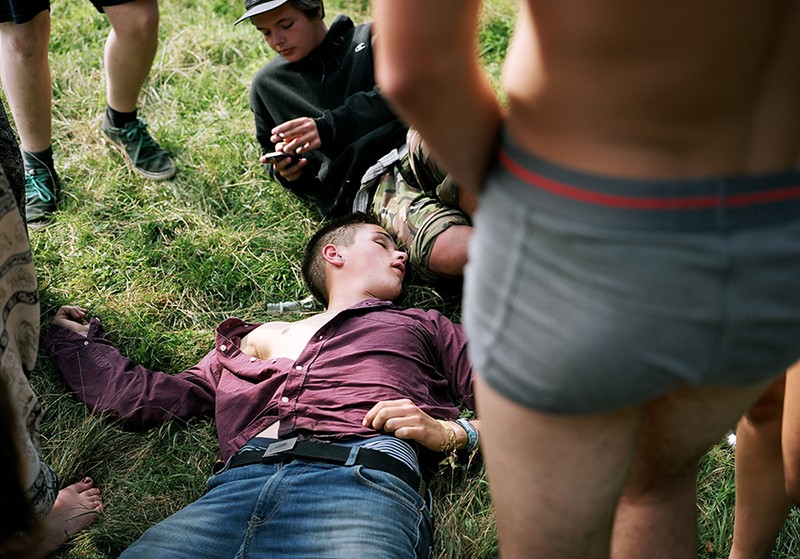 Photographer Siân Davey has captured what it means to turn from 16 to 18, having gained intimate access from an unlikely source: her own stepdaughter.

Photographer Siân Davey has captured what it means to turn from 16 to 18, having gained intimate access from an unlikely source: her own stepdaughter.

No matter what era you grow up in, the awkwardness of being a teenager never really changes. You’re an adult and a child in the same body, trying to make sense of who you are and your place in the world.

For all the drama and self-righteousness that involves, most of us are keen to escape the cringe as soon as possible, leaving few witnesses. 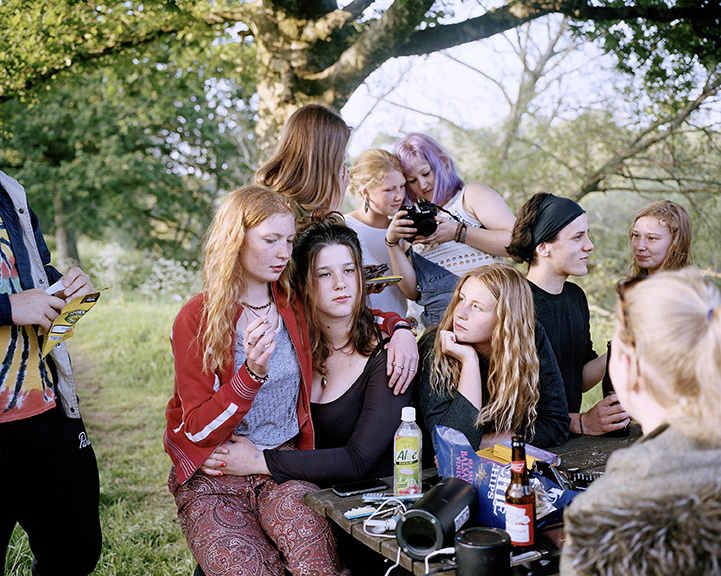 So when Siân Davey’s stepdaughter Martha asked why she wasn’t taking more pictures of her, it caught the photographer off-guard.

Siân had spent years developing Looking for Alice, a documentary photo project about her youngest daughter, who was born with Down’s Syndrome. It won accolades and awards, bringing issues of social policy into the spotlight. 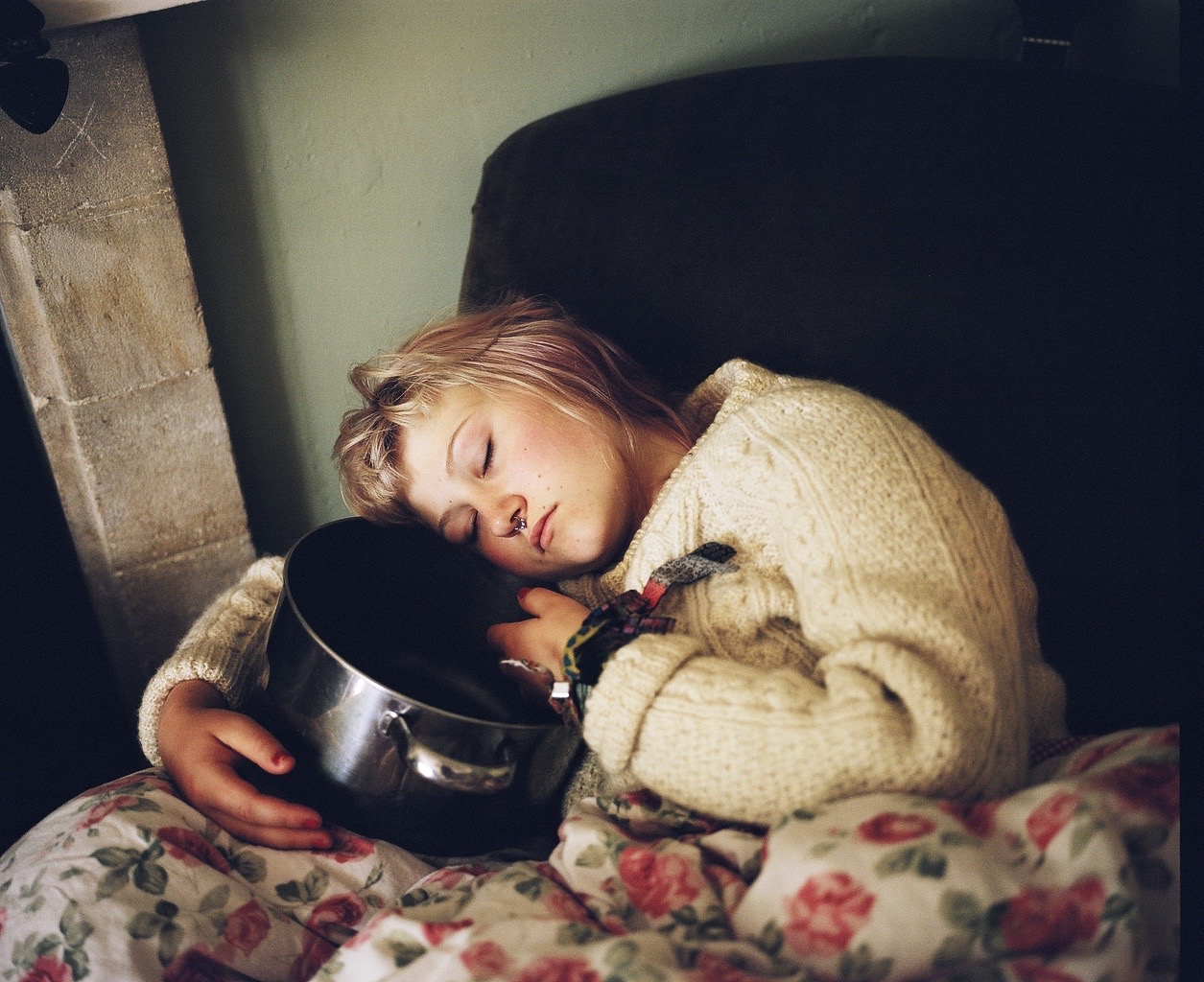 All along, she presumed her other children were relieved not to have the camera trained on them. In reality, 16-year-old Martha felt a little excluded.

That opened the door to another project: one where Siân shifted from parent to photographer, enjoying unbridled access to a world that most teenagers try to keep secret. 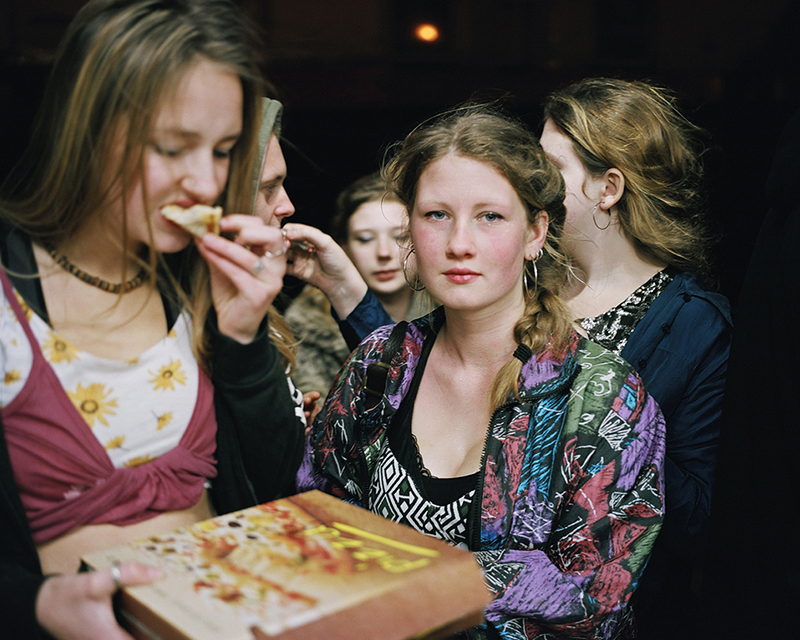 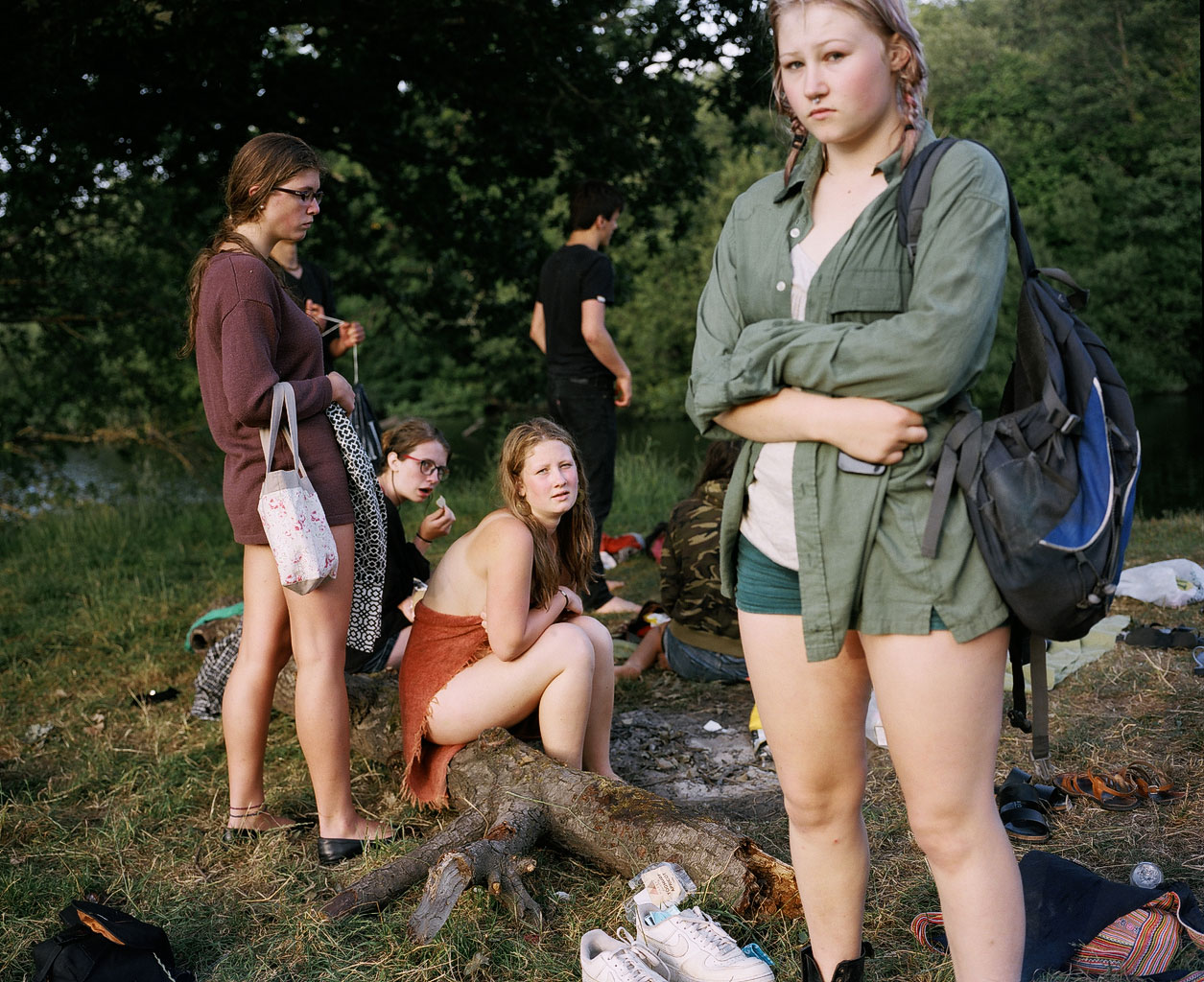 There are hangovers and haircuts, topless swimming and tears over the telephone. But there are also developmental shifts on either side of the camera, often reflected in Martha’s gaze.

Some feel raw and innocent, some knowing and weary. And as much as they provide an intimate insight into a complex time in life, it says just as much about the relationship between step-mother and daughter. 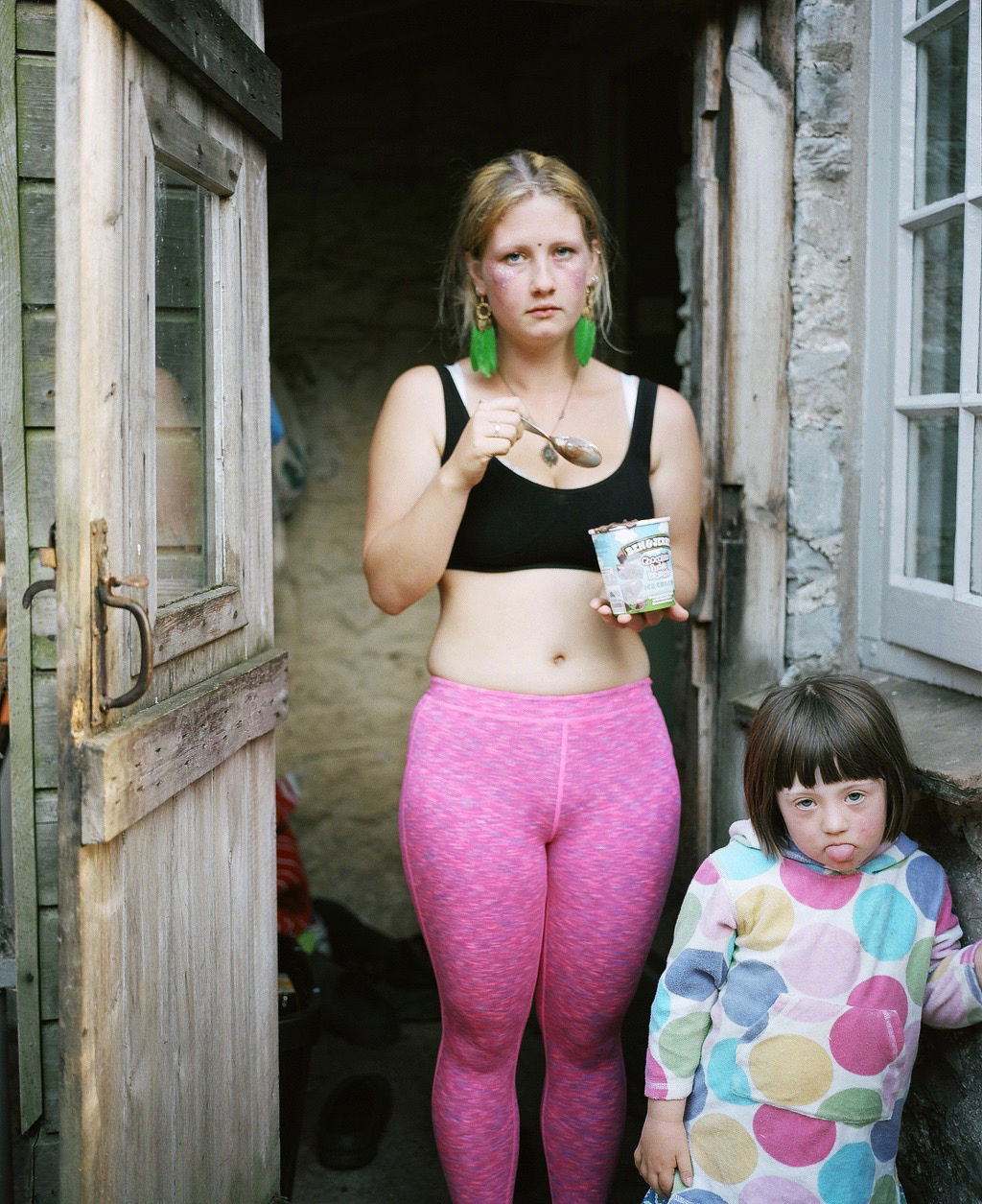 How do you make your presence feel natural when Martha’s hanging out with friends?
I think that’s quite complex. I approached it slowly, which is how you develop intimacy in any project, but I also have sense of where to place myself and whether I’m invading their space or not.

Over two years, I had quite a good time getting to know them and even to love them. I never really felt like an observer. They’ll ring me up from some trashy nightclub in Torquay at four in the morning, I’ll head out there, set up in a kebab shop… and then they get a lift home. 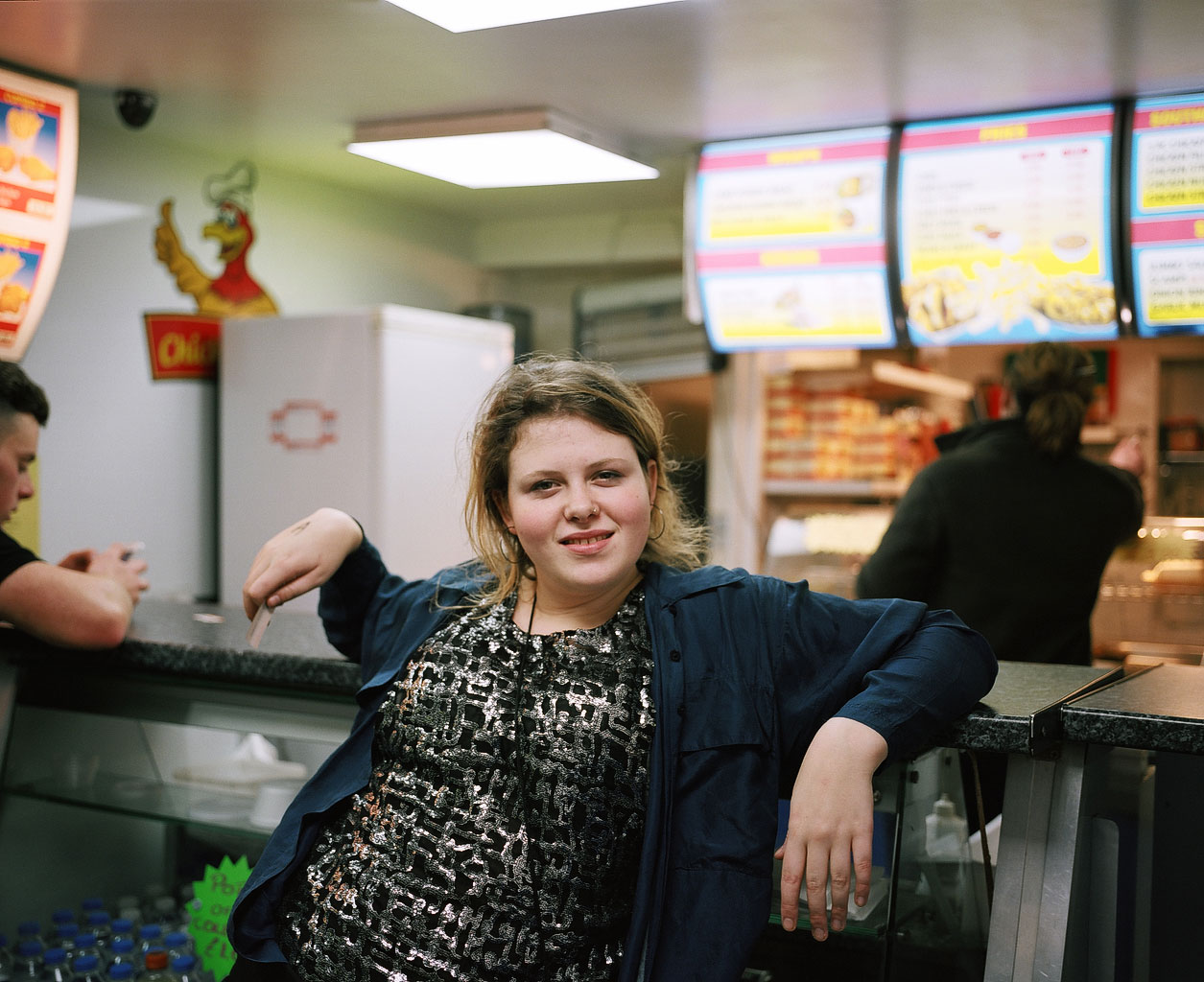 Did it feel like your relationship to Martha was changing?
Definitely. There was a point in the series where I didn’t know if I was going to get access anymore because they stepped it all up – going from socialising at home to outdoor parties with people I hadn’t been working with.

Fortunately, after a year, they knew me as Martha’s mum the photographer and not just a person with a camera. I was slightly anxious of a situation where the party is still going from the night before and they’re like, ‘Who is this woman?’

So I’d just go around and introduce myself. They’re always pissed and out of it anyway. I went through the whole dance scene in the ’90s and that’s what I did, so I’m familiar with that culture. 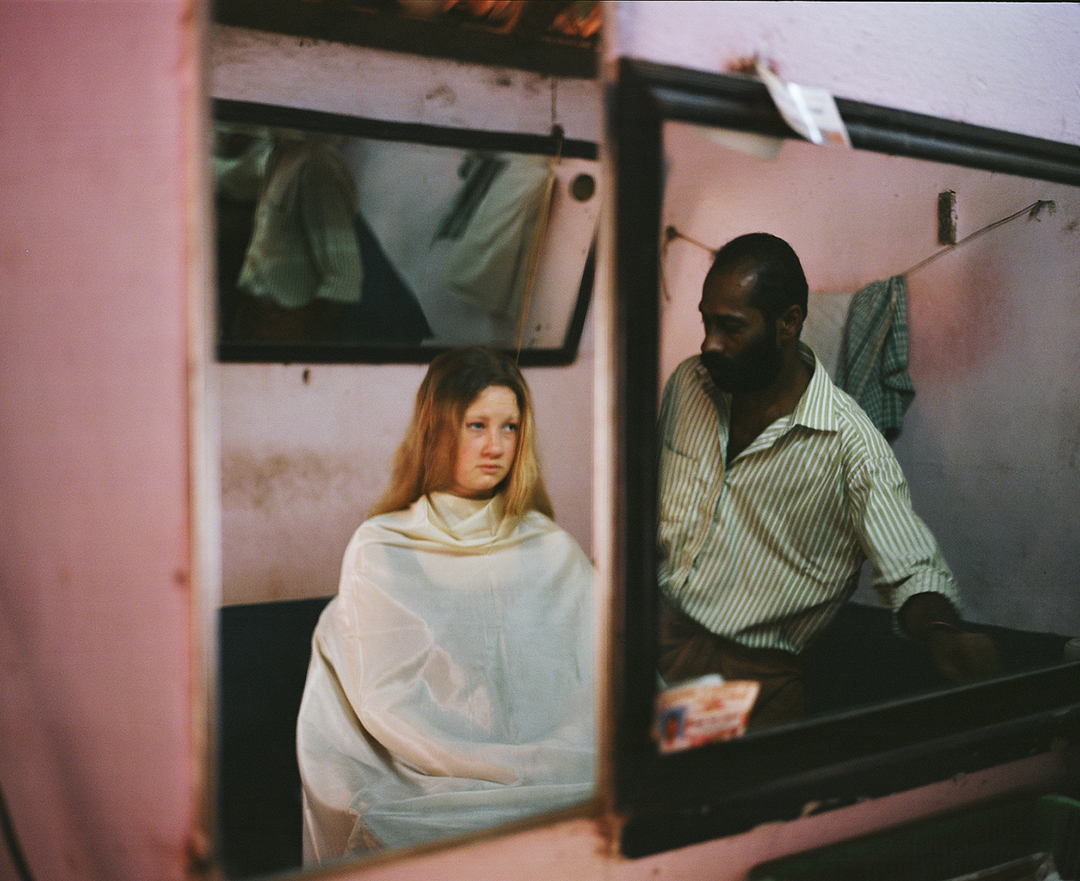 Did it make life difficult for Martha at any point?
Not at all. There’s something unique about Martha: unlike the rest of my kids, she is completely open and unself-conscious. There’s something quite liberating about her personality and it’s extraordinary to work with.

With my son Joseph, I have to be a lot more sensitive about it. He’s body conscious and I don’t want to step into that because it will only hurt him. And I don’t want that. With Martha, a camera has been there for anything important in her life.

If she’s crying to her boyfriend on the phone… I’m photographing it, giving her advice in the background. [laughs] But I’m coming to the end of it now. 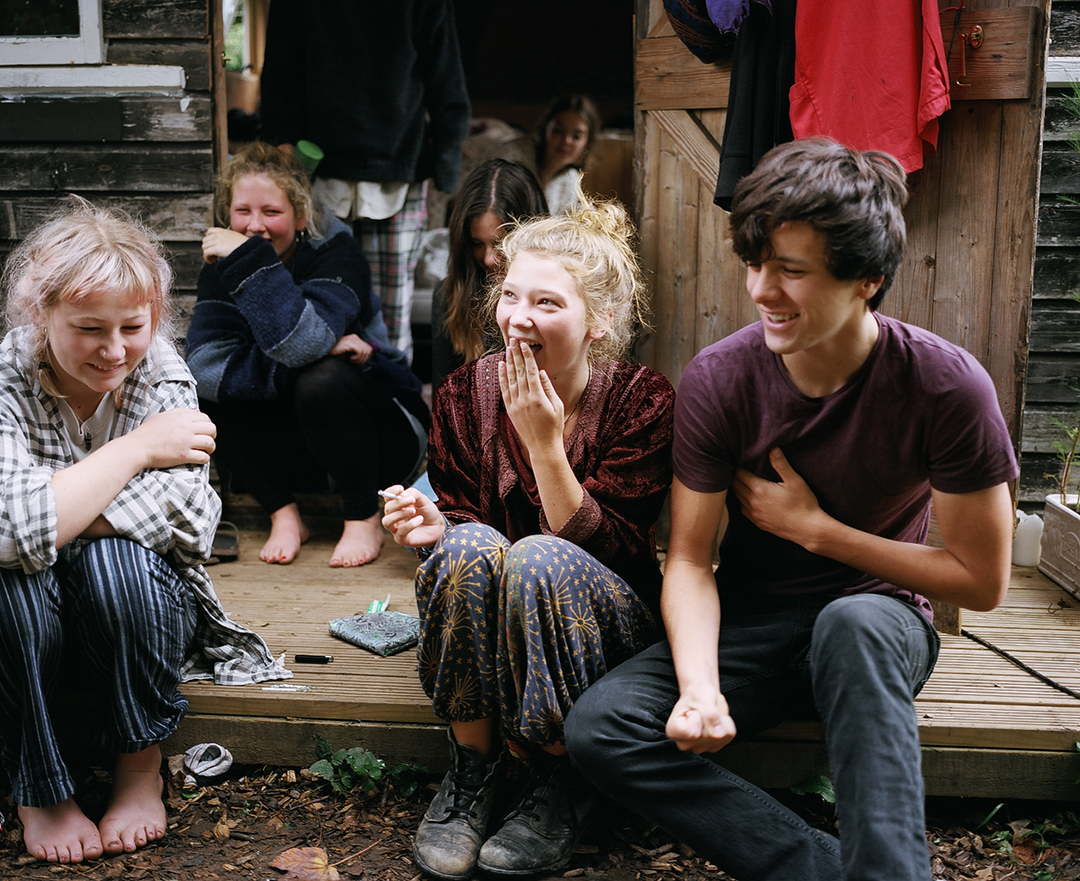 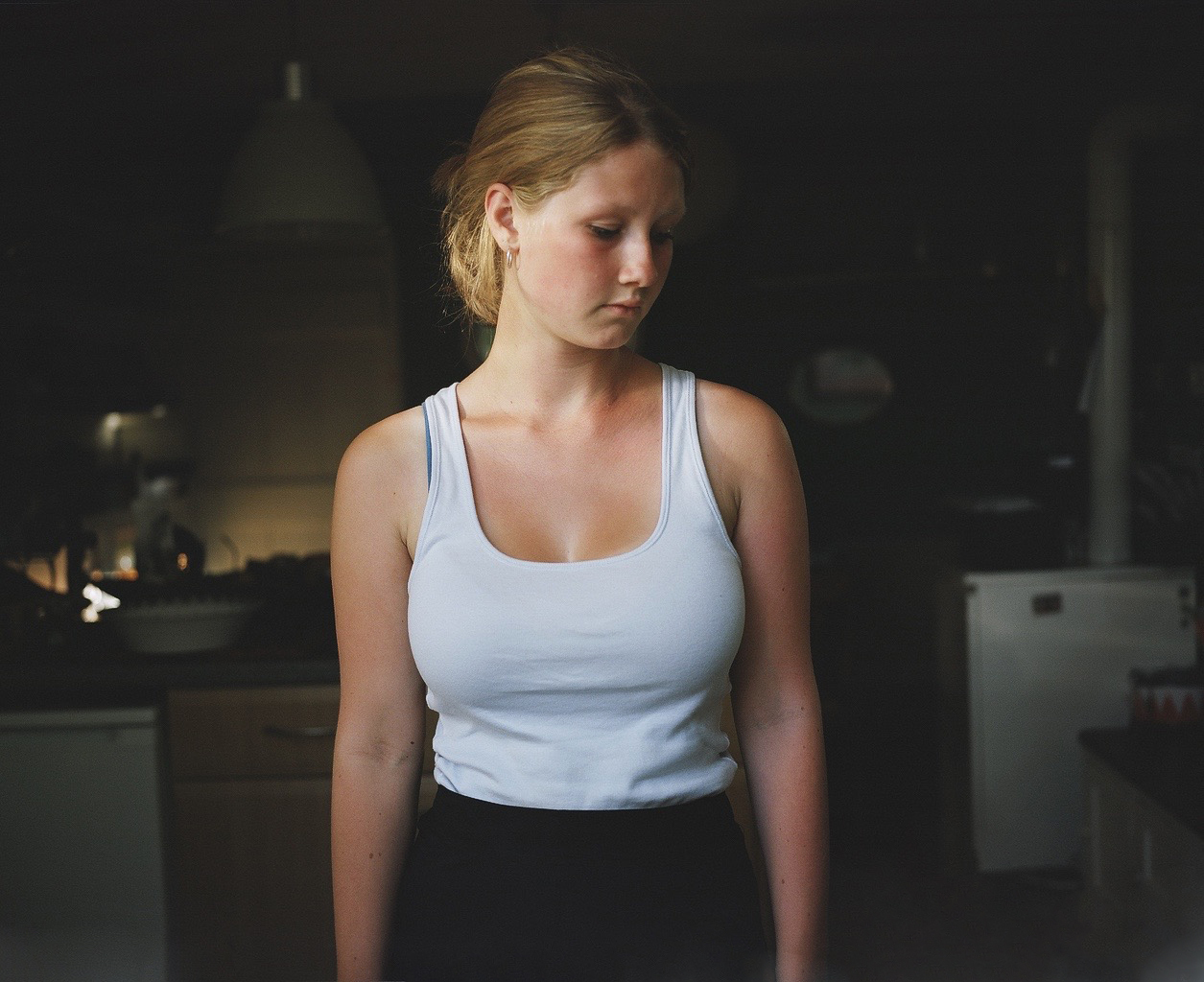 How do you determine the endpoint with something like this?
She’s leaving home to travel and study film… but also I’m losing interest. I think that’s what happens when you know something’s nearing its conclusion.

But when you’re exploring a narrative and it still hasn’t been found, somehow you know that – and it’s what drives you, even unconsciously. 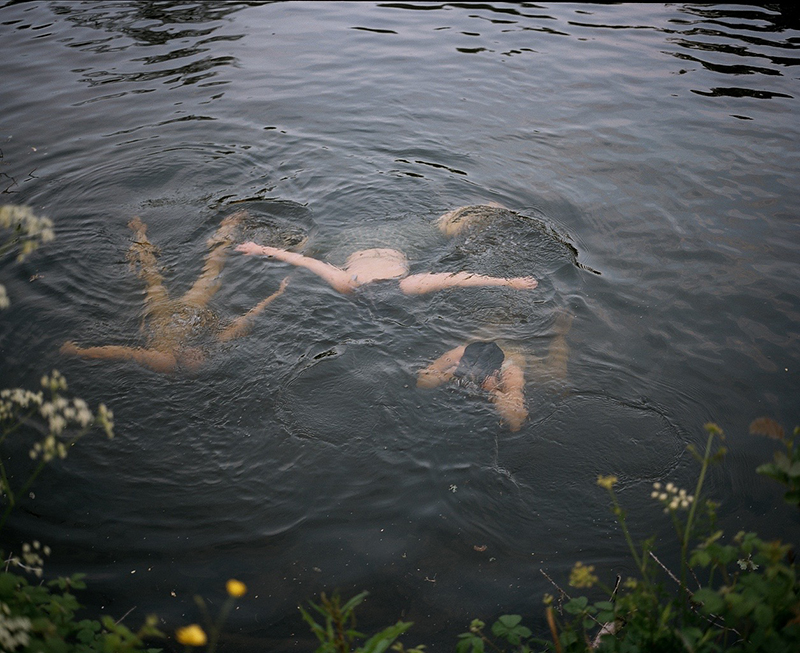 You’ve talked before about unconscious material revealing itself. What did you learn from this project?
It really illustrates so much about how Martha and I come together. She’s my stepdaughter and how we were mothered is almost identical.

That creates some intimacy to begin with: we know something about each other. And it was quite strong, what happened to us – in terms of mental health – so I began to see that in the work. 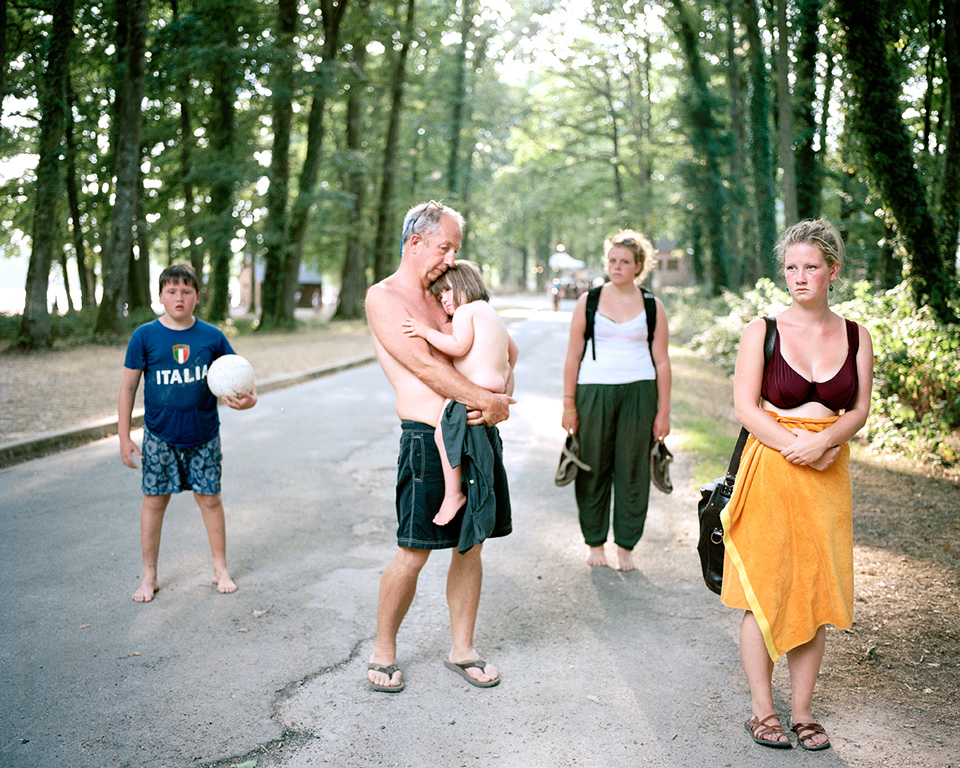 Was this something you spoke about?
Yeah. I’m a psychotherapist, so I think it’s normal to talk about stuff because almost everyone out there is in the same boat. But we do well at concealing it out of shame, fear and all the rest of it.

Since I don’t think like that anymore, I just assume the rest of my family don’t either. [laughs] My shamelessness around psychological stuff makes it easy to work with it. 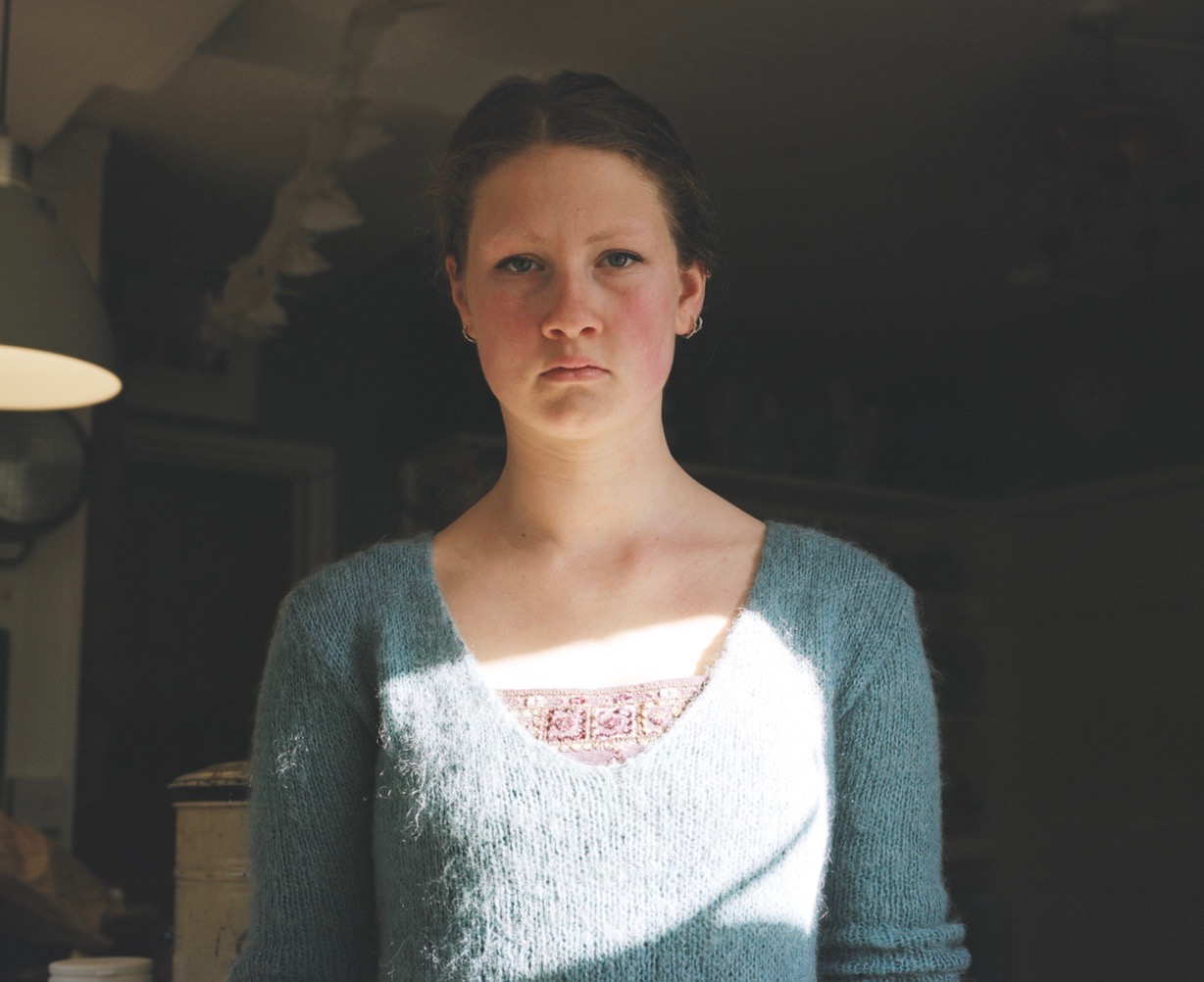 People often speak about that relationship between child and step-parent as being fraught with difficulty…
Well, it definitely has that too. Because the attachment wasn’t there at the beginning, so I had to work at it and really look at what I project on Martha.

I see it with all parents: you project stuff onto your children and it goes on down generations like that. 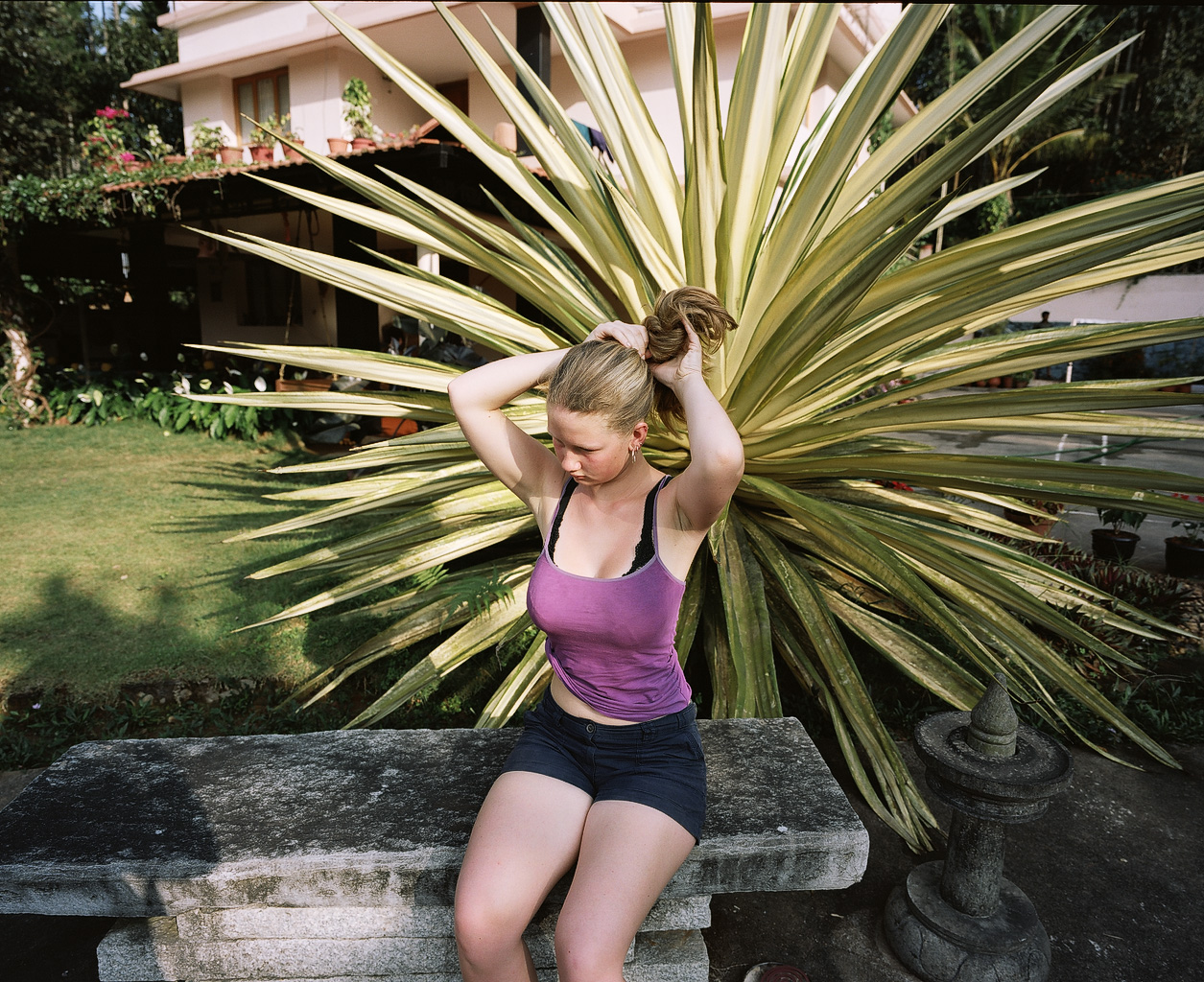 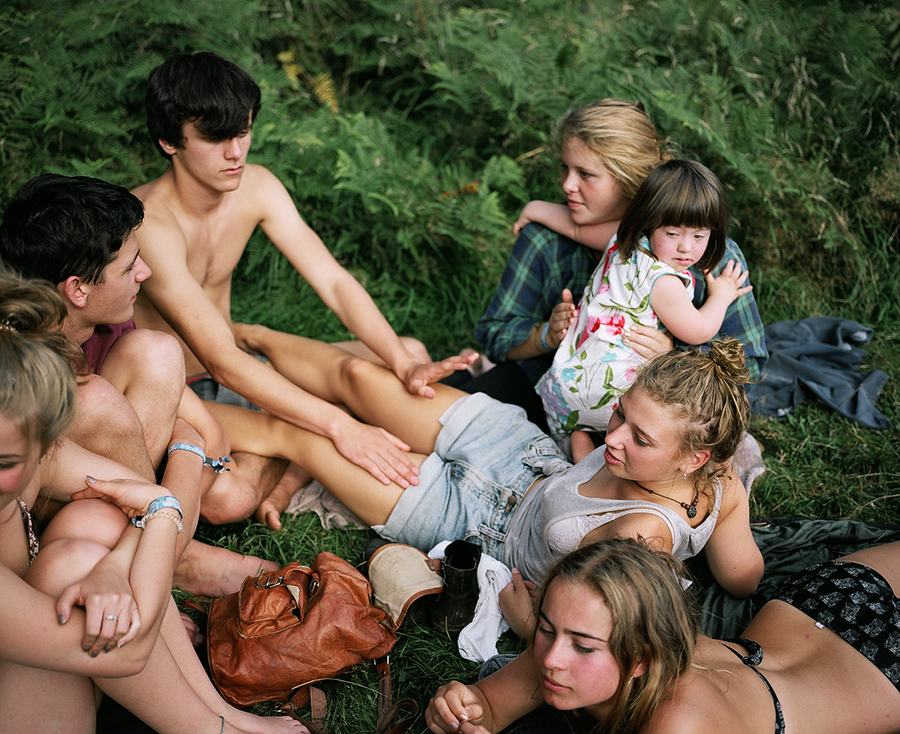 By seeing what it means to be a teenager, up close but at a distance, did anything strike you about that time in life?
In one way it differs from person to person but in another, there’s always that existential survival: ‘Can I get through this?’ You’re trying to understand your place and identity and all the rest of it.

What struck me personally was how much you laugh at that age. They just laugh at nothing constantly – and I do remember that feeling when things are just funny for no reason. It’s contagious. But as you step into your twenties, that can go. 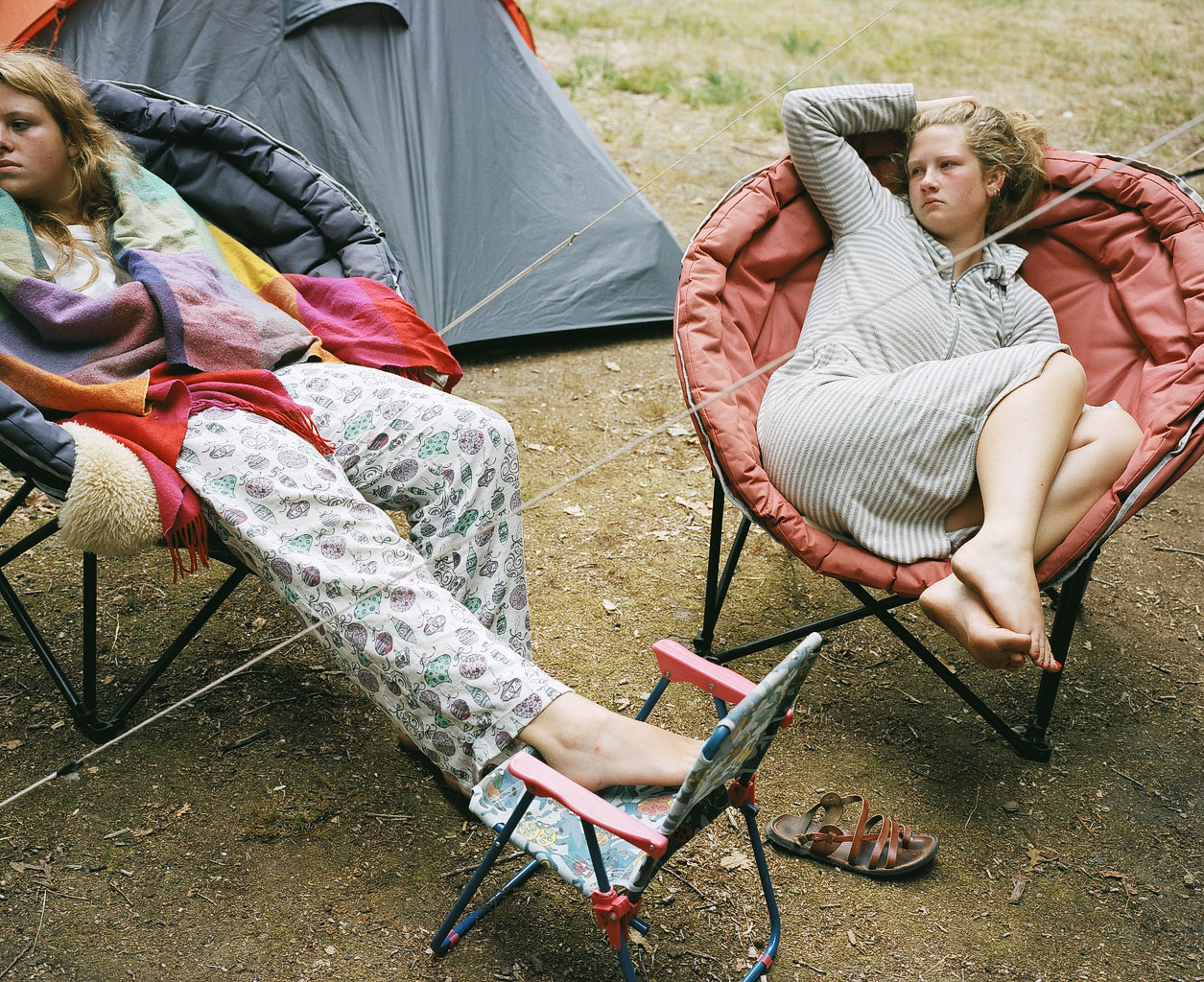 There’s one picture with a teenage boy who looks as though he’s passed out. What’s happening there?
They had just been to an all-night party and were down by the river, close to my house, where they all chill out.

There was another guy smoking right beside his head. We got talking about photography; he was off his face but we had a lovely moment where the sunlight was moving across his lips, painting them this most violent red colour.

A few moments later, I shot that. You can see Alice in the corner of the frame, just watching this scene. 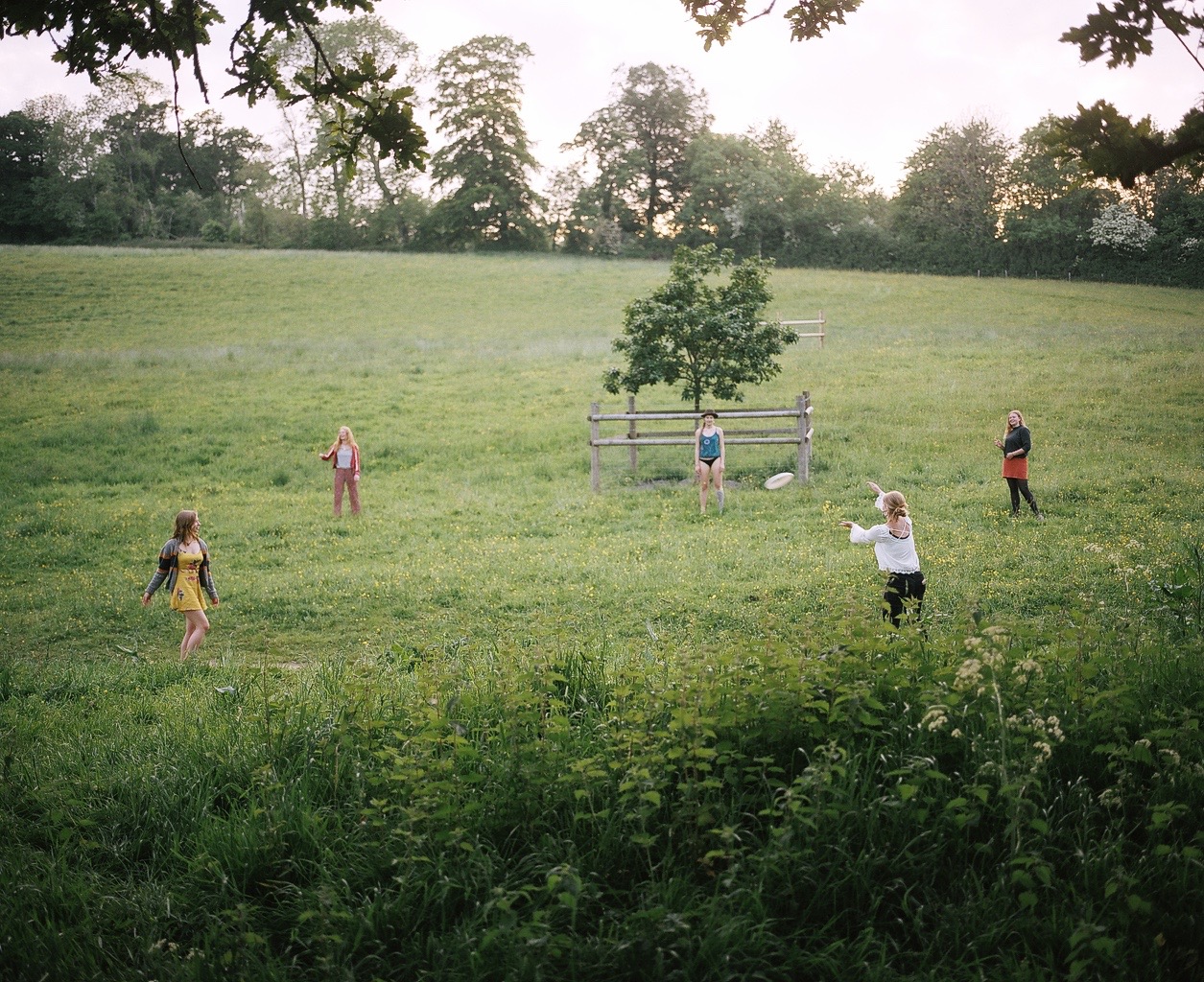 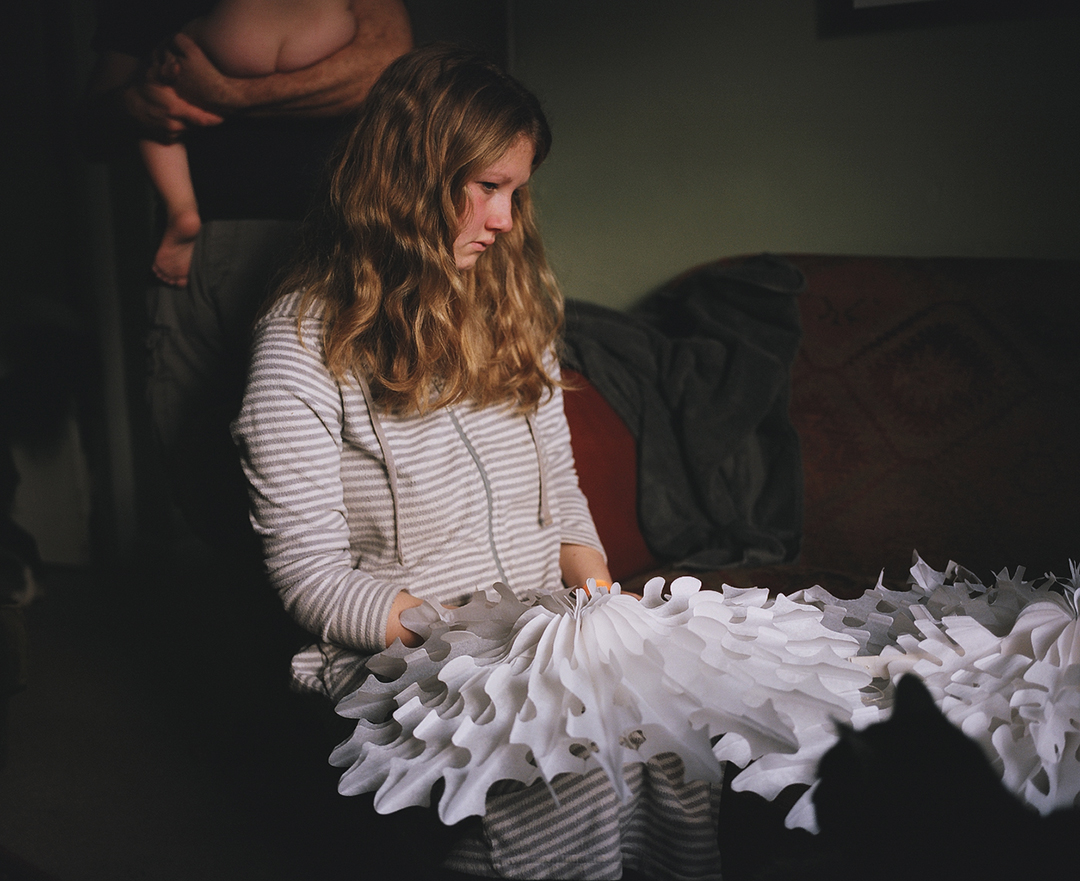 Can Martha veto pictures?
She doesn’t mind any picture and I don’t think there’s anything in there that compromises her. There’s one that almost explicitly embraces her fragility, stepping into her becoming a woman in a way that she wasn’t at the start.

That’s potentially the most vulnerable image and her reaction is, ‘Oh, I don’t look great in it.’ [laughs] It’s not really that complicated. I think Martha’s personality has been key to this whole thing. 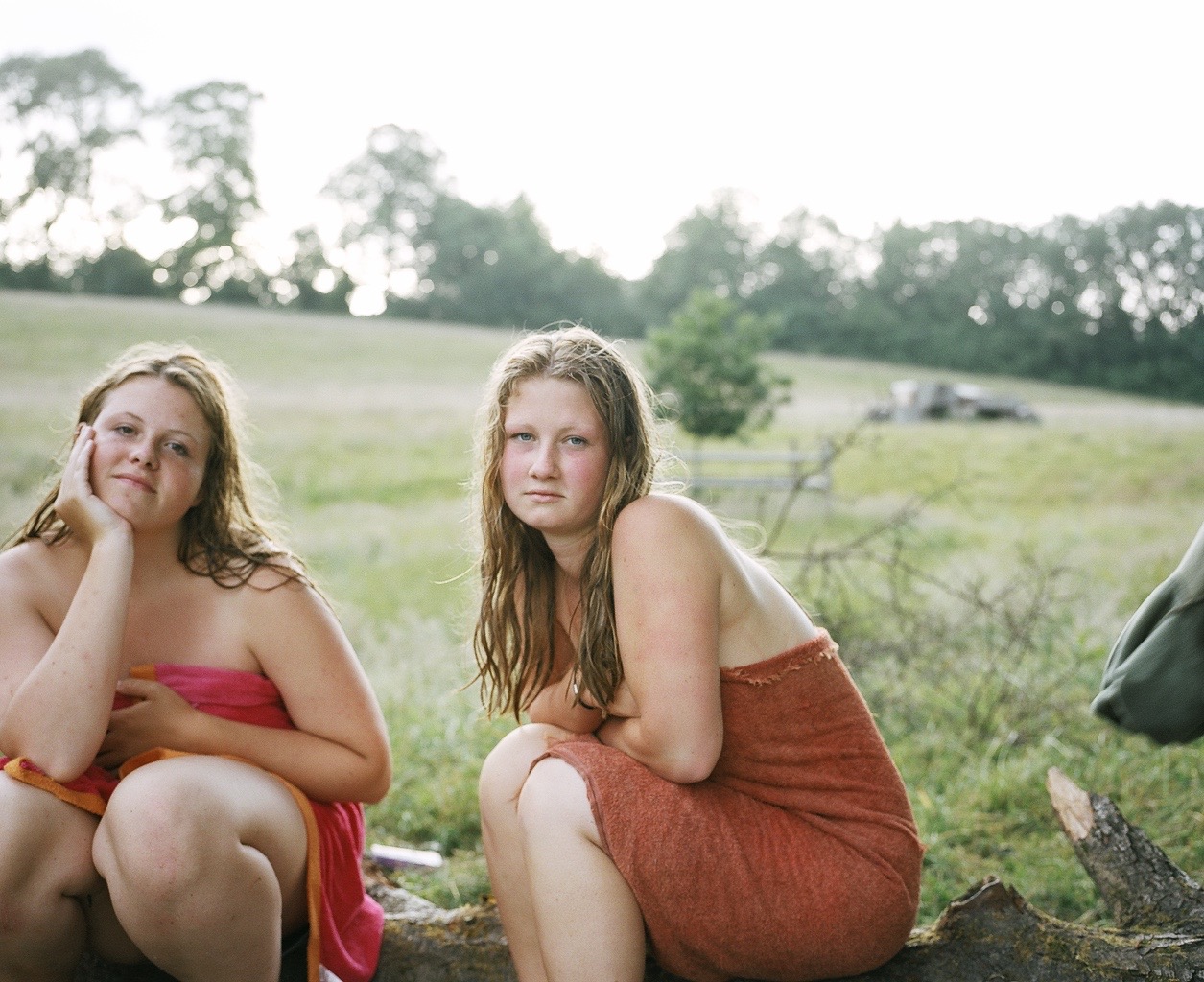 Two photographs from Martha have been selected for the Taylor Wessing Portrait Prize exhibition, now on display at London’s National Gallery.

Linkedin
RELATED ARTICLES
OTHER ARTICLES
Thousands attended the annual event this year to wheelie through the city and call for ‘knives down, bikes up’.
For over a decade, gamblers have won big by employing people to place live bets from the court. But does this dubious method still work?
Ahead of the release of their first collaborative album, the producer and rapper talk psychedelics and the state of UK hip hop.
A group of young Palestinians have found temporary freedom in the act of parkour, reimagining wreckage and ruins as a series of high-octane playgrounds.
Financial turmoil is pushing people who work in the sex industry into more dangerous and desperate situations as a means of survival.
Following the announcement of an 80% hike in the energy price cap from 1st October, crowds gathered outside the offices of energy regulator Ofgem to protest and declare their intention to undertake a payment strike.