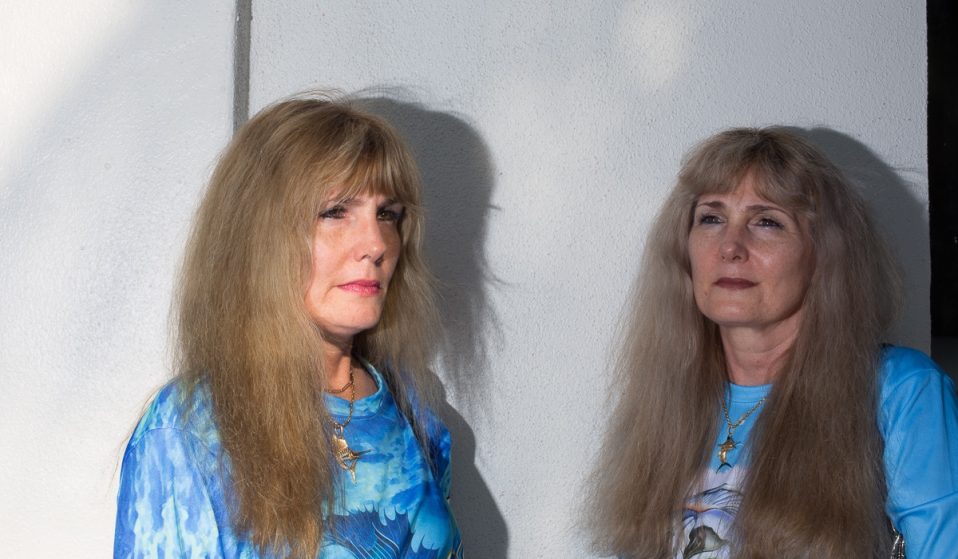 In their latest project, A Glittering Eye, photographers Courtney Asztalos and Michael W. Hicks capture a lavish world on the brink of collapse.

In their latest project, A Glittering Eye, photographers Courtney Asztalos and Michael W. Hicks capture a lavish world on the brink of collapse.

For more than a century, the Titanic has held the public imagination in its grip – not only for the scale of its disaster, but also for the scope of its luxury, affluence, and prestige it commanded on the high seas.

Setting a course for distant shores, cruise ships have long offered a luxurious escape to those with disposable wealth who enjoy partaking in vulgar displays of opulence. Whether indulging in live shows, 24-hour casinos, or all-you-can-eat repasts, these majestic vessels have long fascinated Courtney Asztalos and Michael W. Hicks.

Together, the photographers decided to embark on a week-long cruise during Christmas 2018. The trip – which took them to Guatemala, Honduras and the Florida Keys – was captured and compiled into a new book, The Glittering Eye (Kris Graves Projects).

“It was supposed to be a seven-day cruise, but it ended up being extended by an extra day and a half,” the authors explain over email. “A strange and persistent fog descended and settled for 24 hours, grounding the ship outside of the Port of Tampa, and creating confusion and delay.” 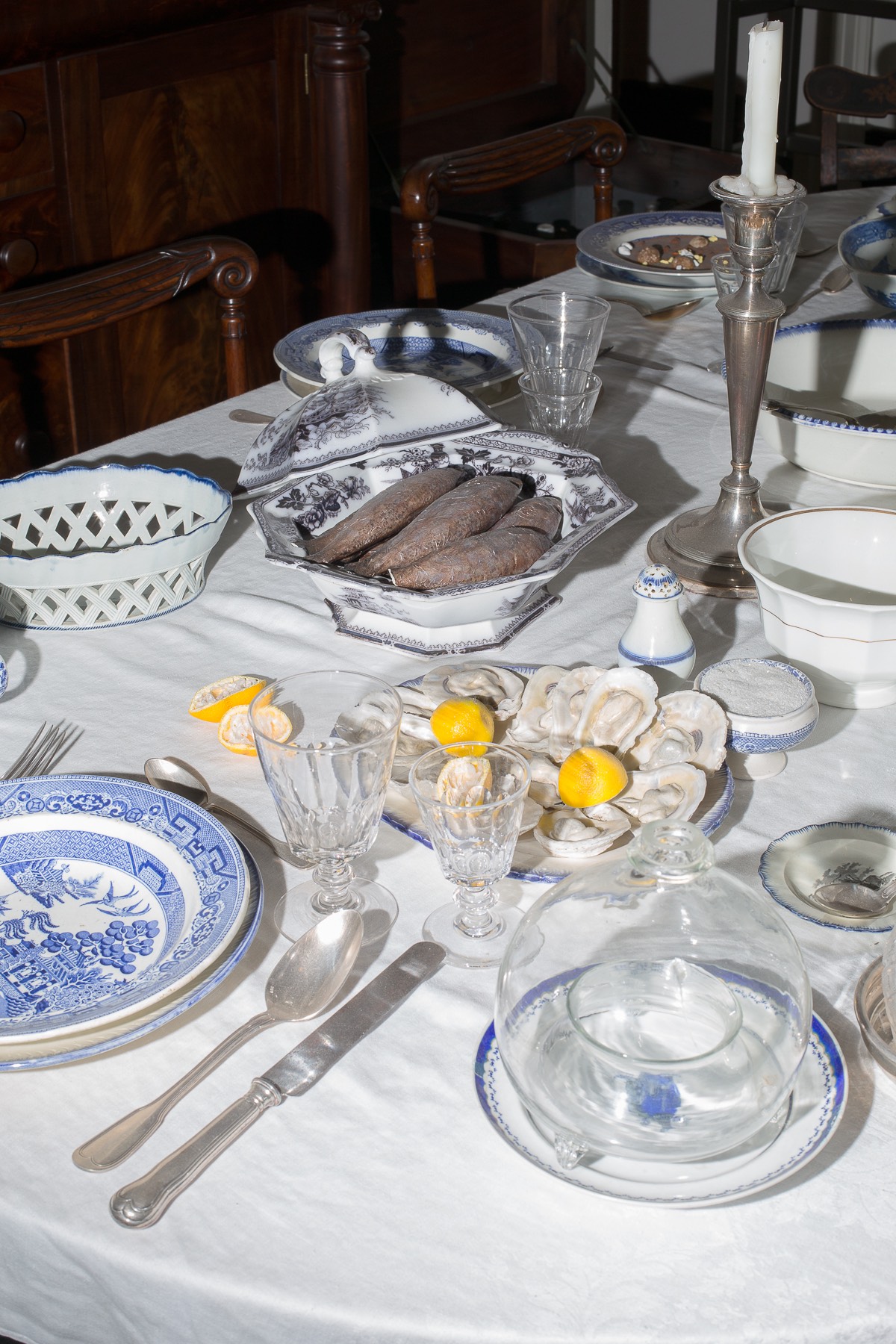 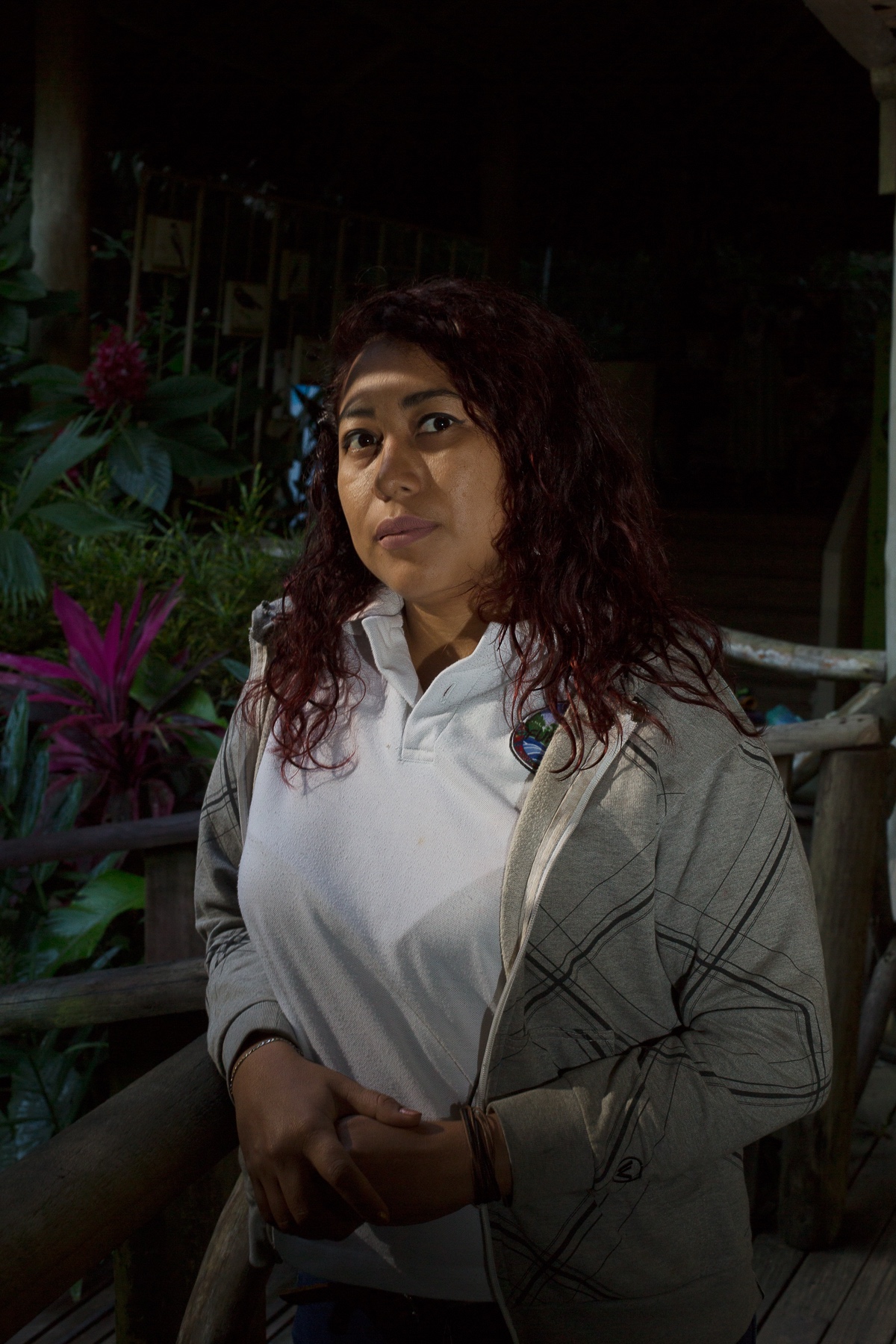 The cracks in the shimmering façade, which made themselves known in the flooding of staterooms, are perfectly mirrored in the photographers’ work. Their enigmatic images suggest the existence of something looming in the midst, the darker side of paradise.

“This work is about the performance of consumerism and consumption, the brokering of the cruise industry in the aura of colonialist-nostalgia, as cruise ships are a floating microcosm of our global economic hierarchy,” Asztalos and Hicks say. “The persistent ideology of imperialism still ongoing within modern port travel.”

“At the time we photographed, we felt there was a pre-apocalyptic atmosphere running through the images. This sense has been brought into stark relief by the current COVID-19 crisis, and the fact that the actual ship we boarded is currently stranded at sea, unable to dock.” 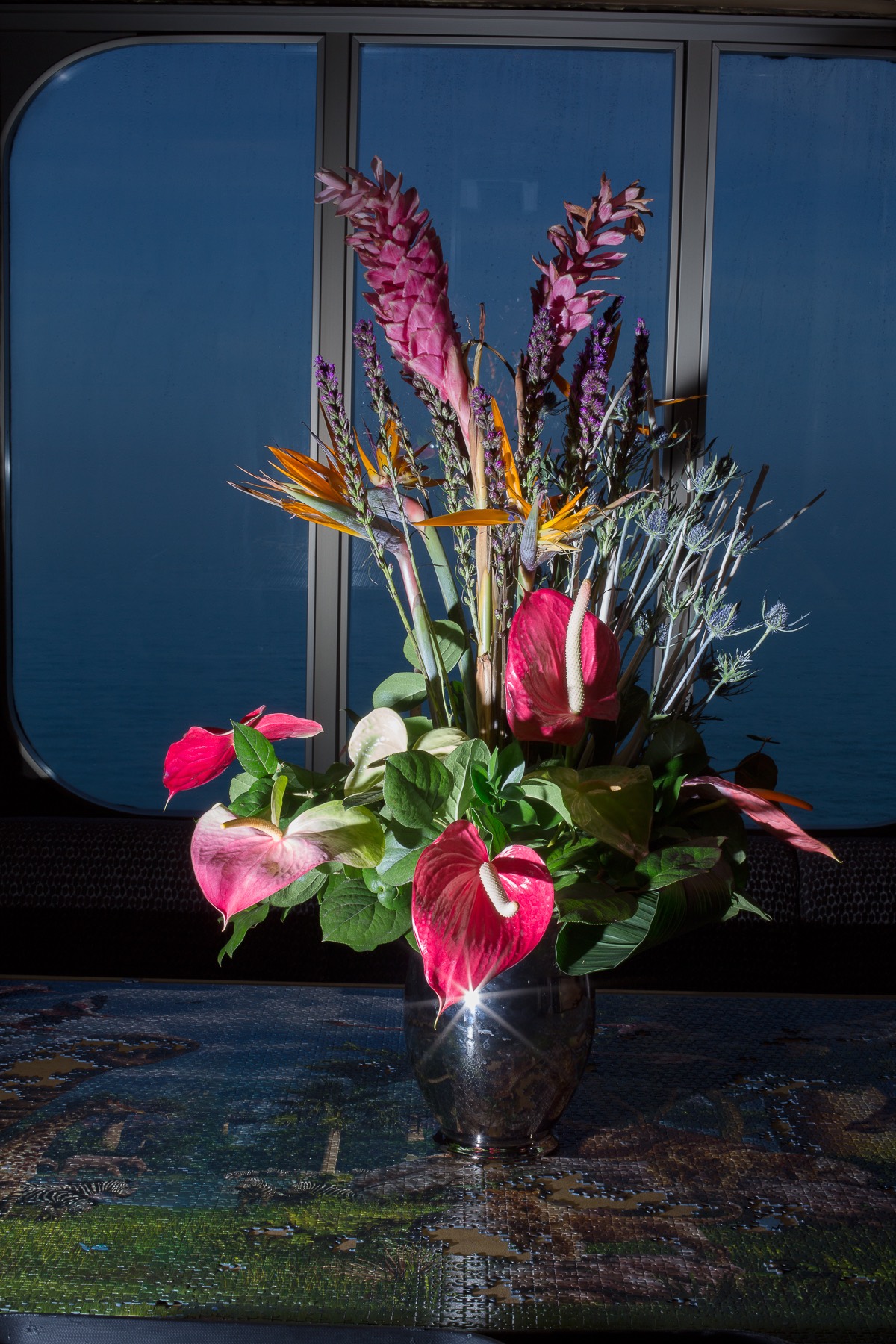 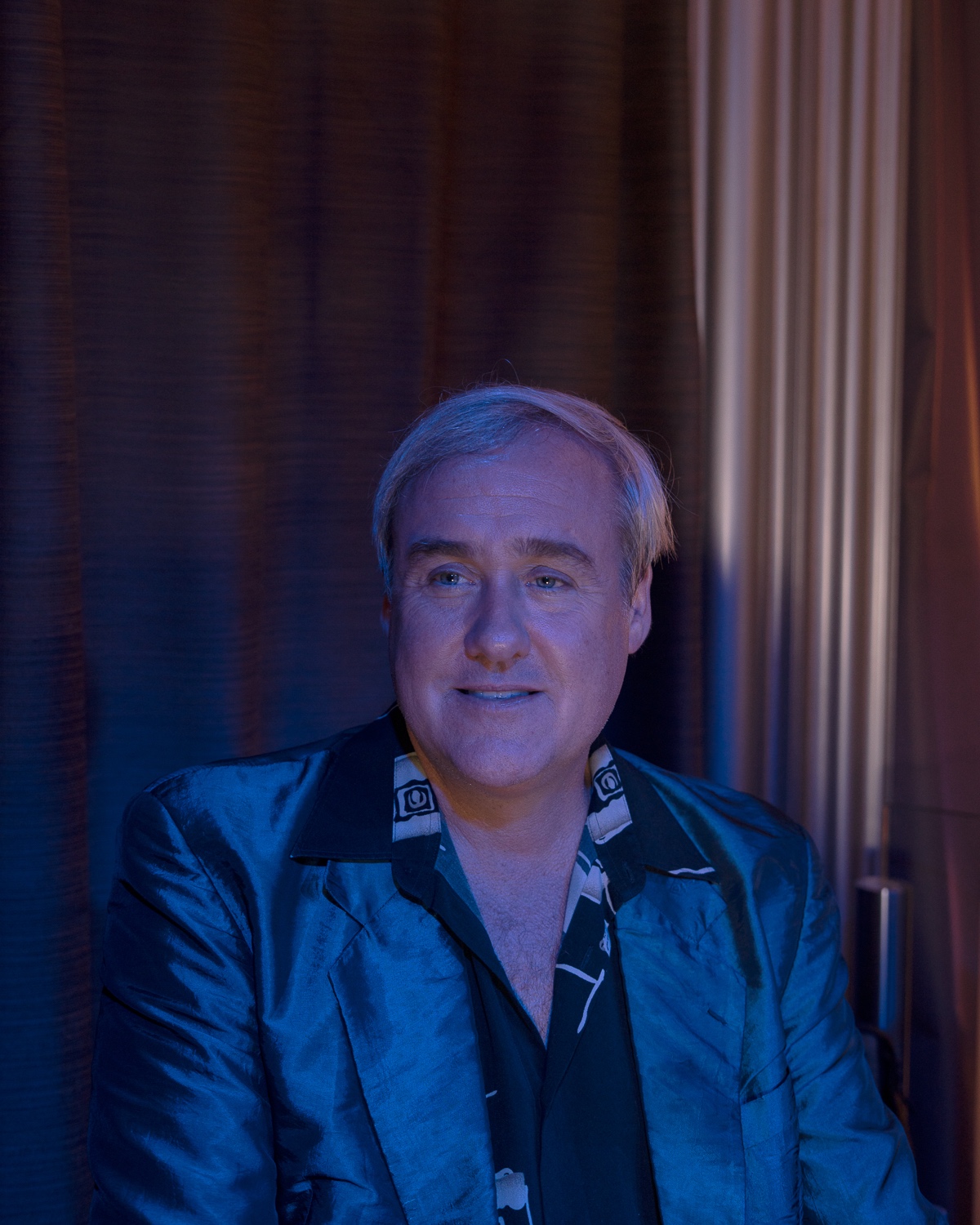 Asztalos and Hicks spent their time onboard photographing non-stop, meeting a wide crosssection of people involved in every aspect of the industry, including vacationers, the captain’s crew, entertainers, bartenders, waiters, spa workers, port workers, local cab drivers, and tourists at the ports.

“One of the strangest encounters we had was a repeated, seemingly chance set of run-in encounters with a guy we nicknamed the Cash Man,” they recall. “We would see him sitting alone at the bar, or on deck and flashing a huge wad of cash, talking about how much he just won at the casino. He was so conspicuous that it led us to wonder if he was actually planted by the cruise line to trap people who might try to rob him.”

“There are cameras everywhere, so there’s definitely a sense of surveillance that plays with your head. He was like this recurring character that kept appearing out of thin air at weird hours. We were circling the ship constantly in loops interacting with folks. By the end of the cruise, we better understood the strange microcosm of a cruise-ship community.” 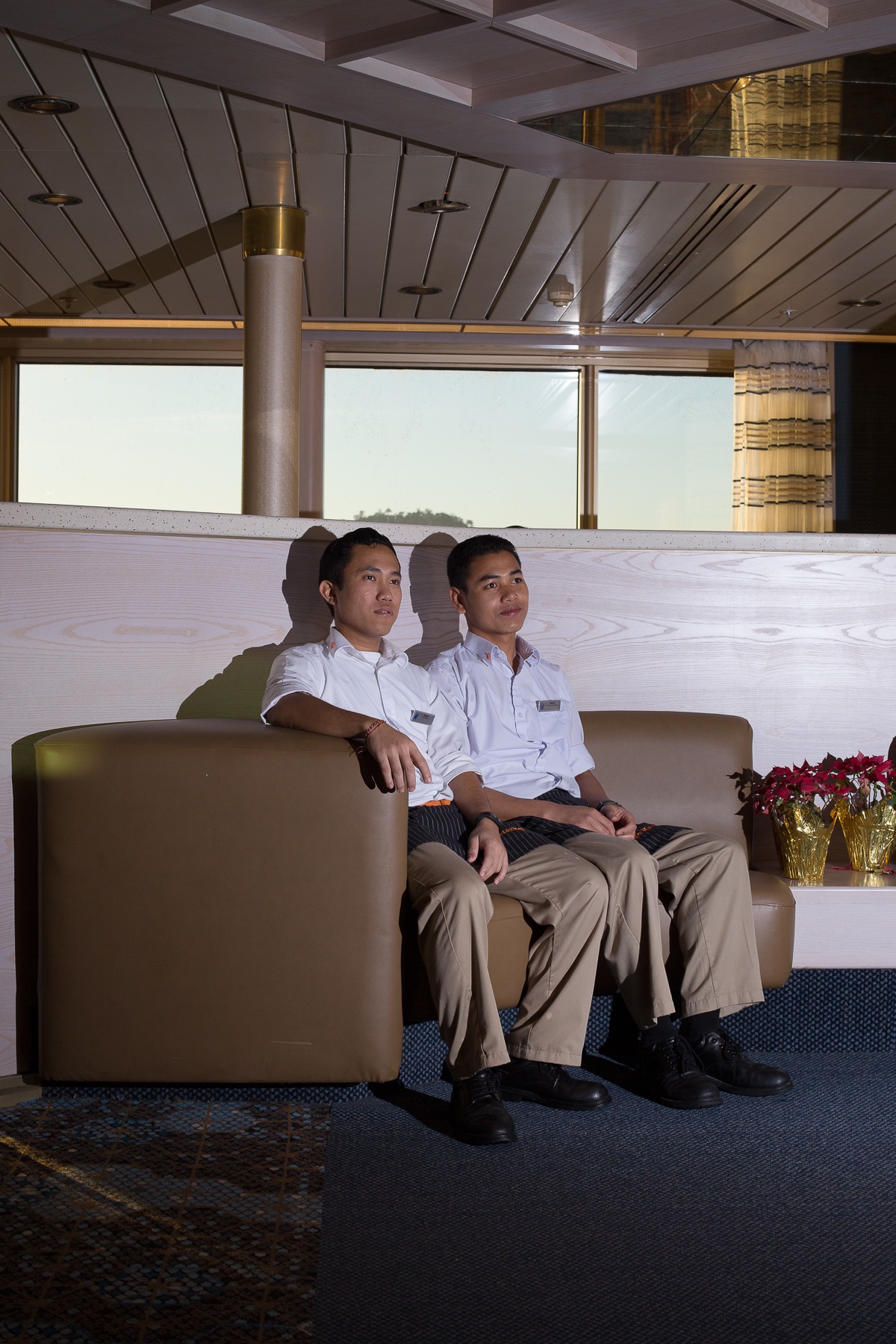 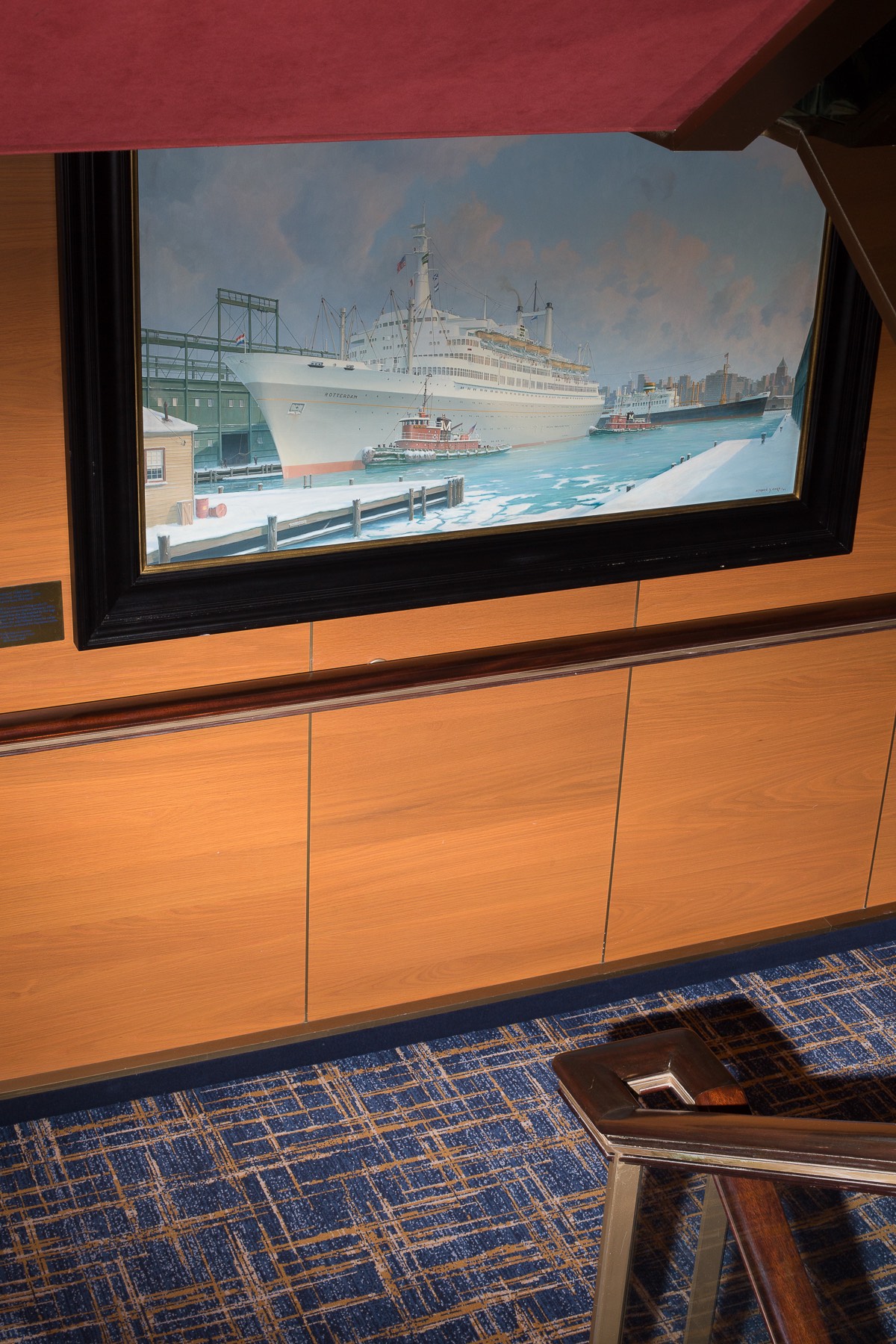 A Painting Between Decks 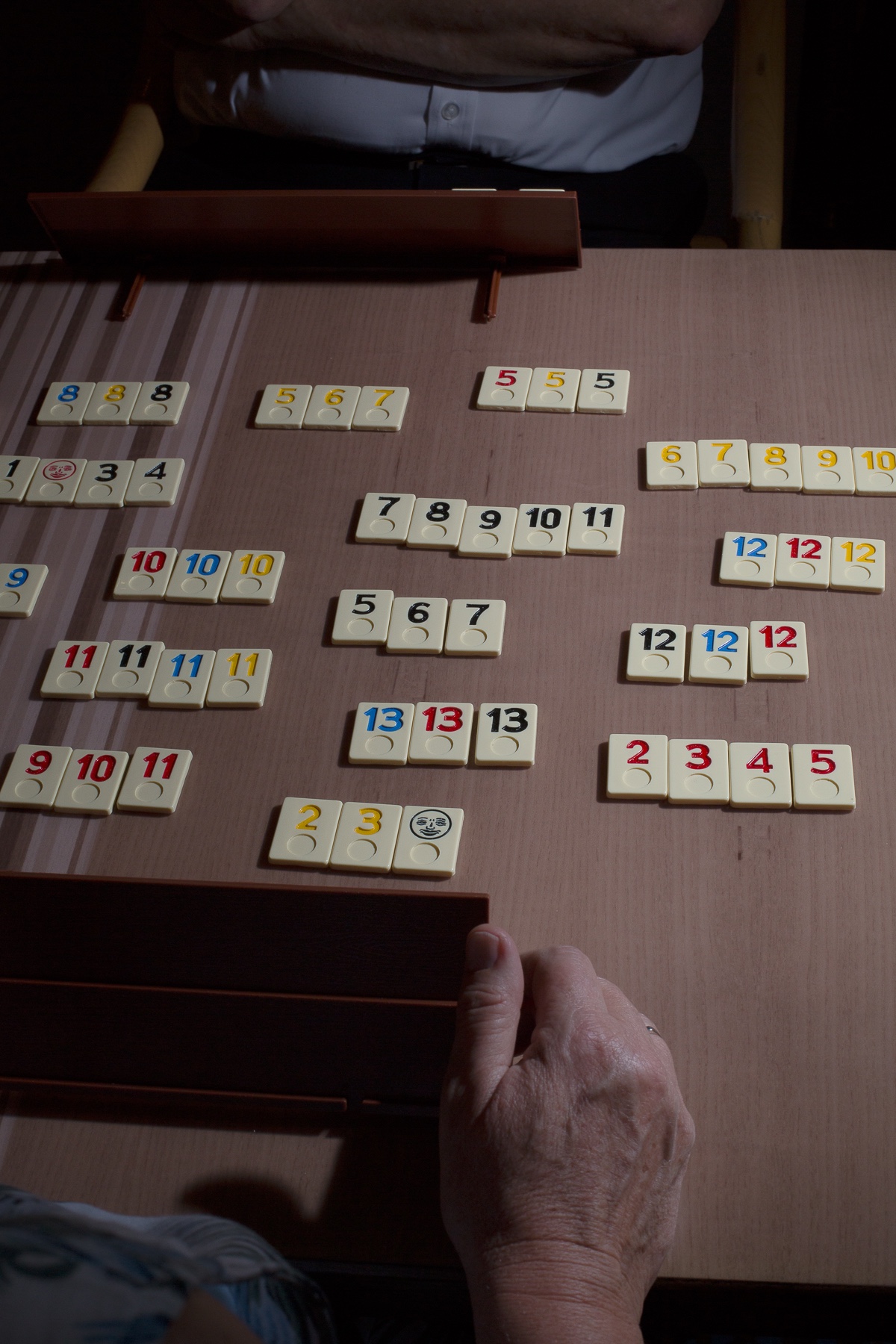 Rummikub on the Lido Deck 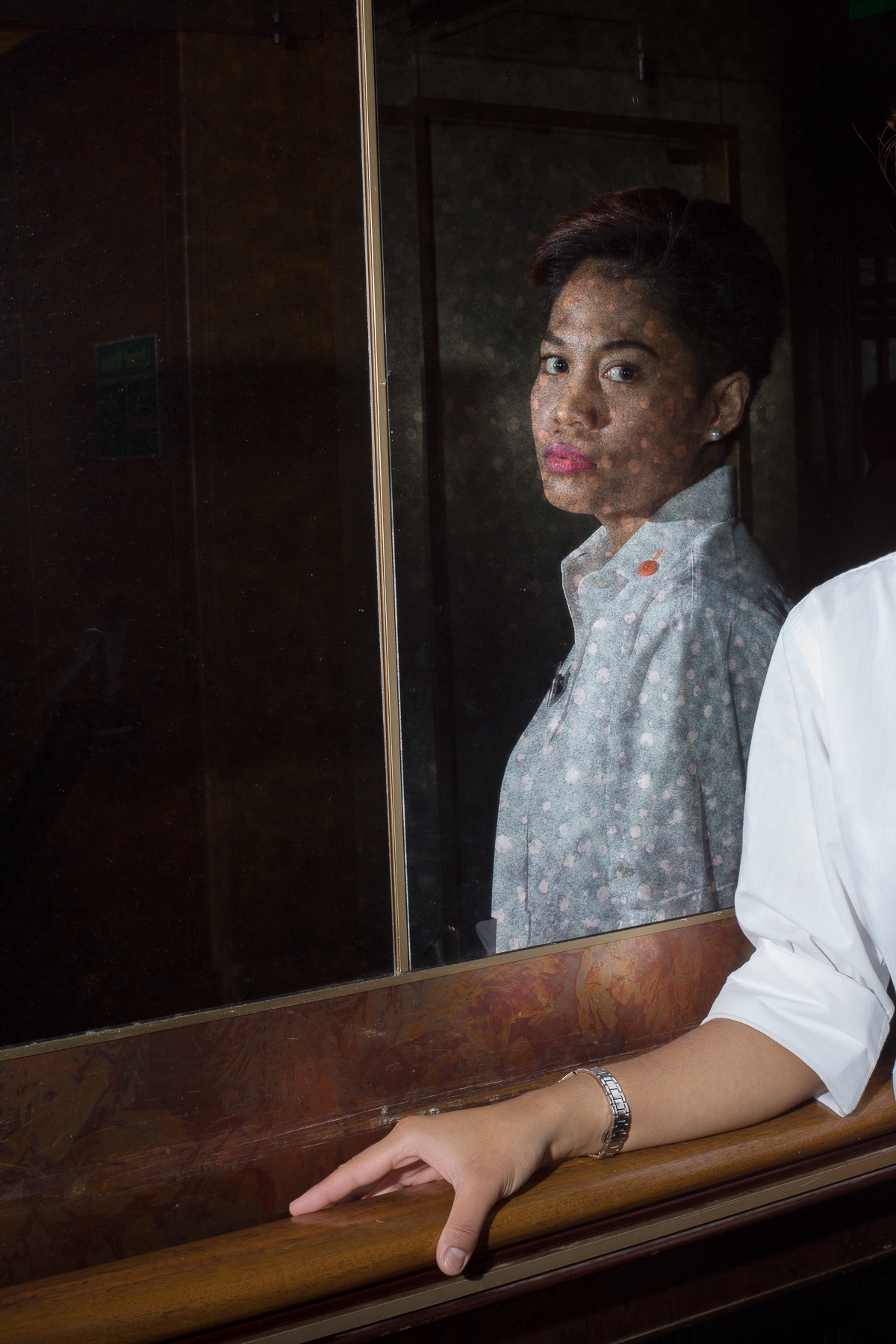 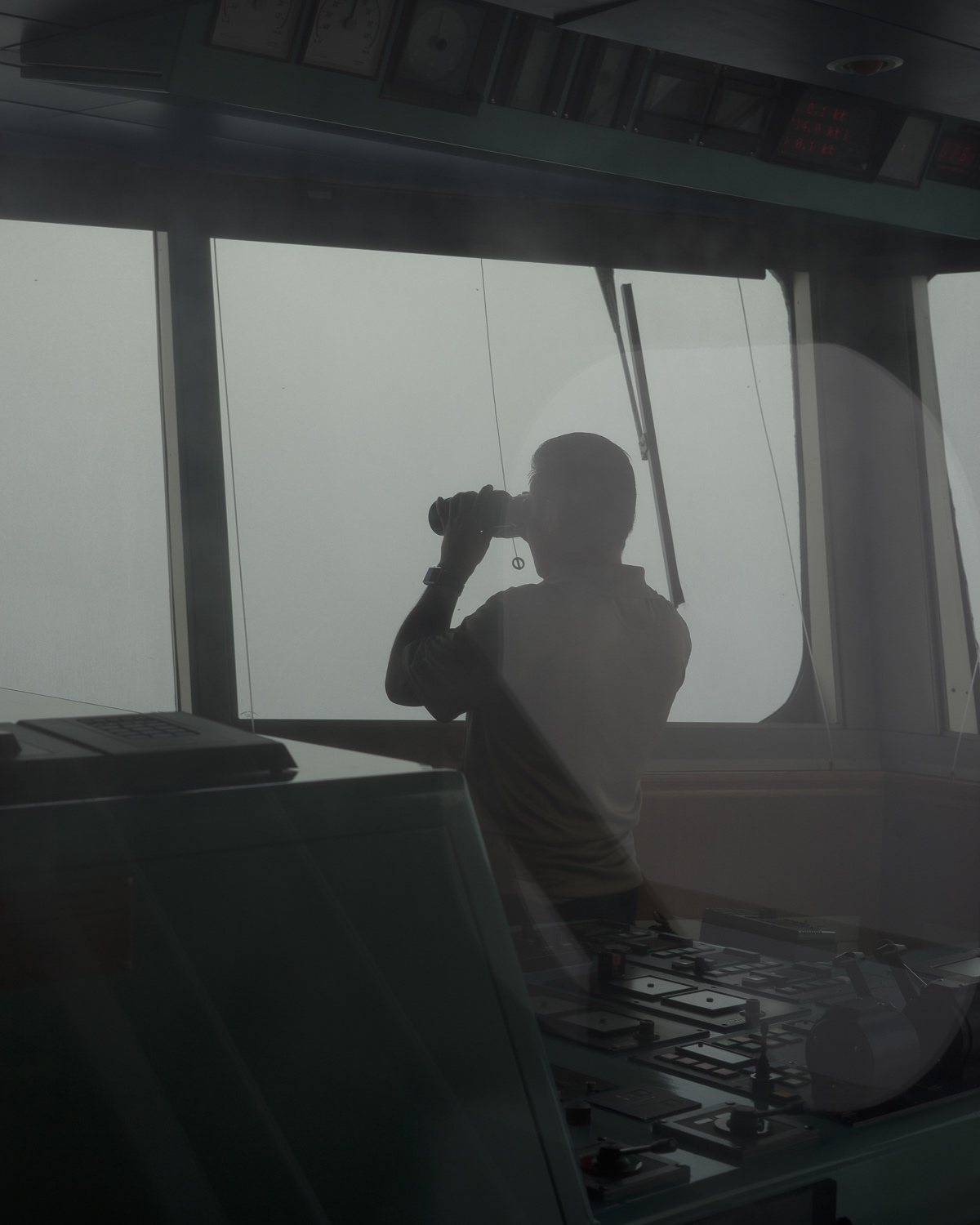 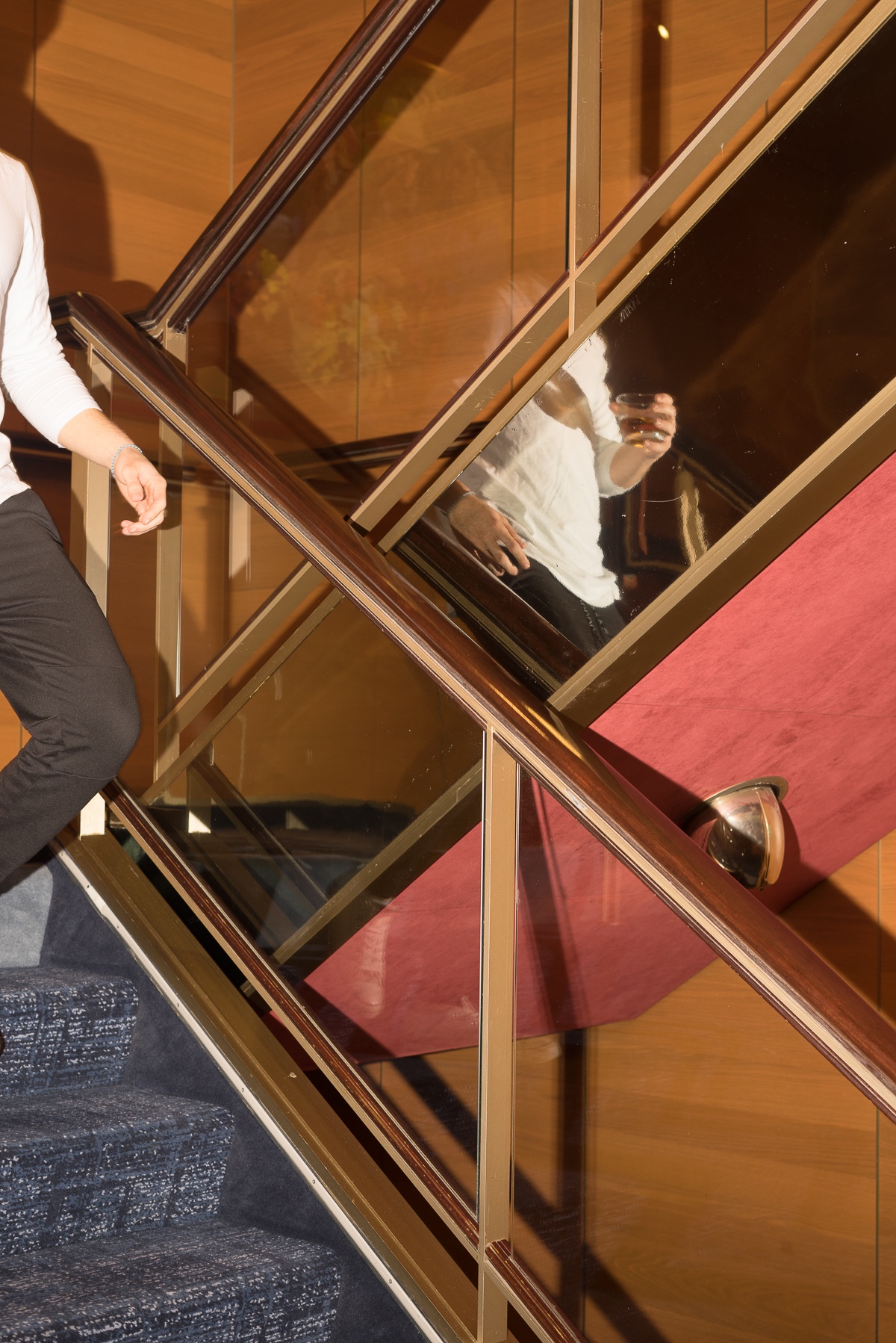 The Glittering Eye is out now through Kris Graves Projects.

Linkedin
RELATED ARTICLES
OTHER ARTICLES
We introduce our series spotlighting the voices of people who’ve been impacted by anti-abortion laws and anti-choice protestors.
With the UK now set to run out of vaccines, people working in the sex industry – particularly outside of major cities – have been left especially vulnerable, reports Brit Dawson.
Following the release of his latest album, the rapper talks about finding a new approach to songwriting, attitudes to poverty, and why his music is more than a political statement.
Students are being left to languish in unsafe housing, in some cases leading to serious health complications.
Danny Burrows discusses his new series of images documenting an pacifist anabaptist community who lead an alternative way of life.
Protestors gathered outside Downing Street following the latest atrocities committed by Israel against Palestinians living in the besieged strip.