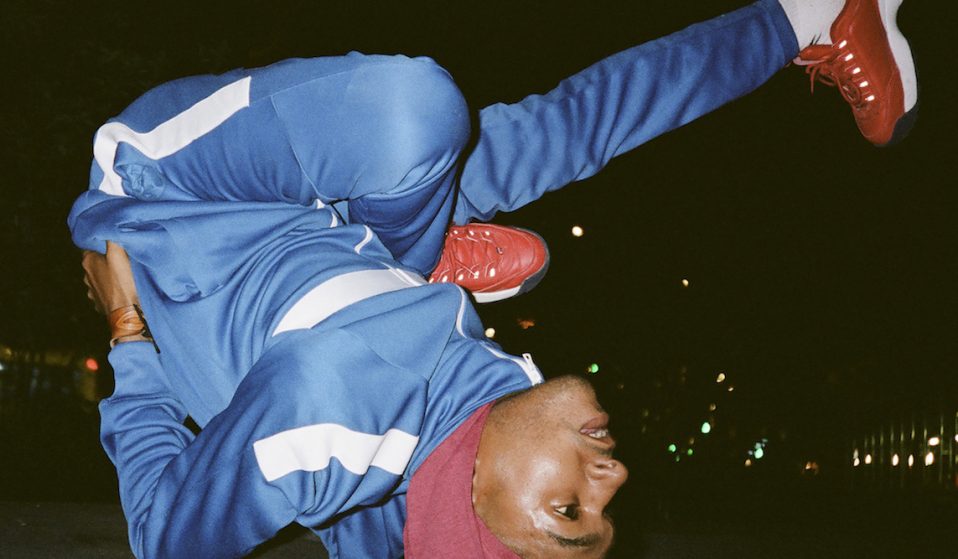 From Bronx jams in the 1970s to the 2024 Paris Olympic Games, the art of breaking has come along way over the past 50 years. One of the four elements of hip hop, breaking took its name from the dancers who took to the floor to show out when the DJ would cut the breaks.

With the release of seminal hip-hop films like Wild Style and Style Wars in the early 1980s, followed by Hollywood fare like Breakin’ and Beat Street, breaking became a global phenomenon, with aspiring B-boys and B-girls doing windmills, headspins, and backspins in their freshest fits.

With the commercial success of rap music, the culture moved away from hip hop’s roots, but breaking continued to grow, becoming an underground phenomenon around the globe. New York native Frank “B-boy Frankie” Perez discovered breaking while he was living in East Elmhurst, Queens, with extended family. 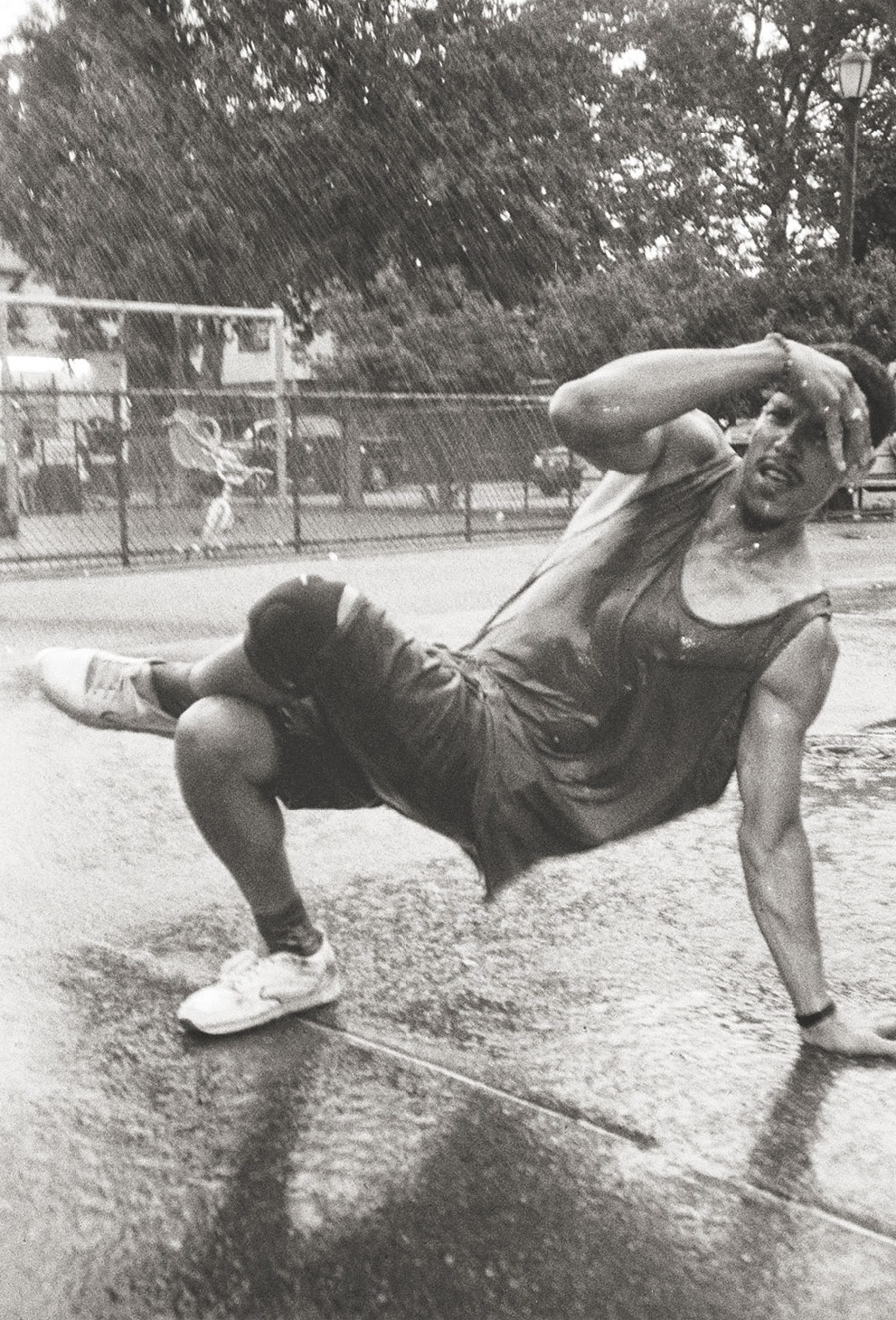 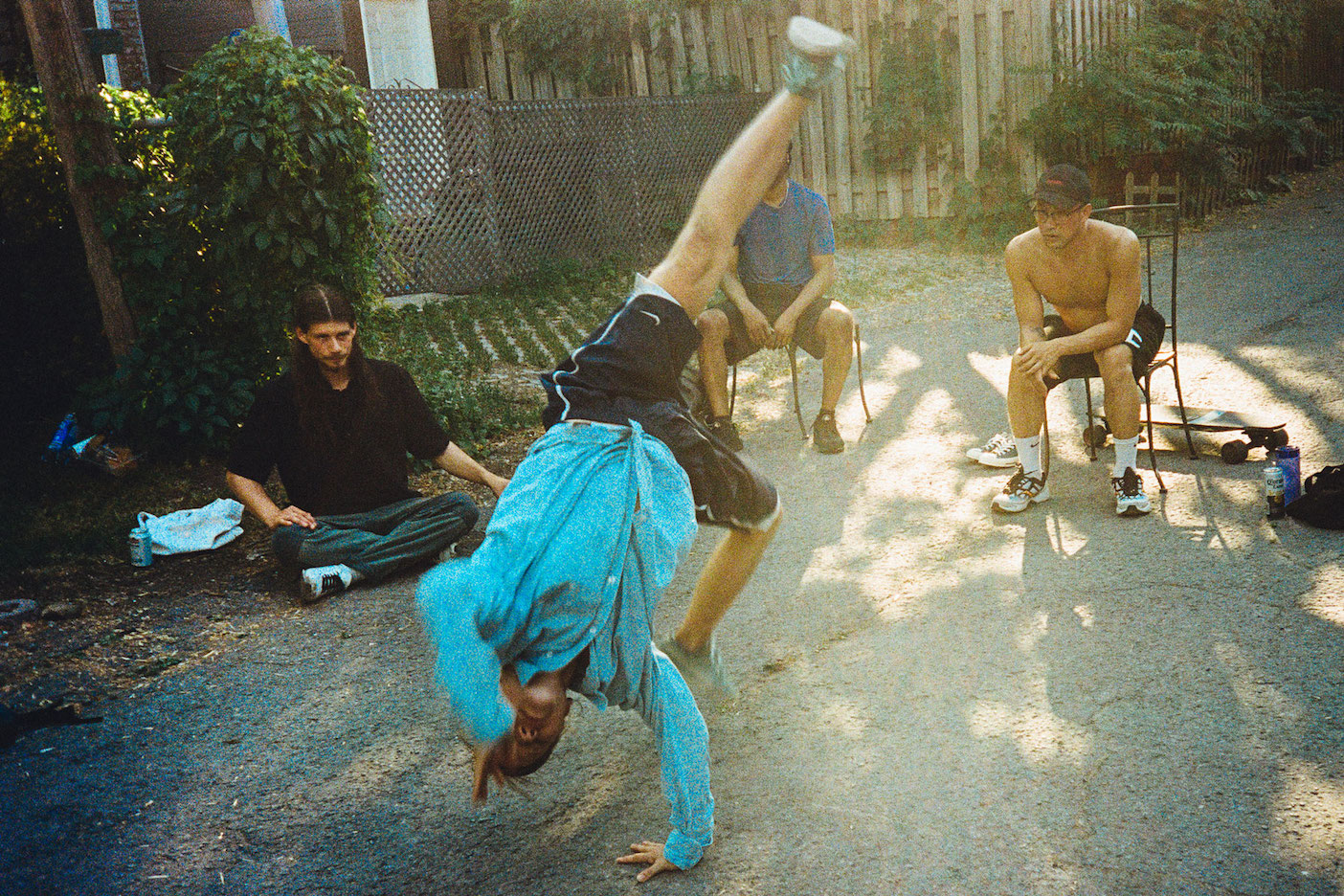 “We had a neighbour who got introduced us to B-boy stuff. My cousins and I started at the same time, but I was the only one who really kept with it,” Perez says. “My neighbour bought B-boy VHS tapes. We tried to copy moves and practised in his kitchen.”

After hitting up a local practice spot, Perez was hooked. “I stepped into a whole new world — the stuff I saw on the tape was happening in real life,” he says. “I started getting introduced to local B-boys from Queens, more established crews, and eventually expanding outside of New York.”

In the early 2000s, Perez joined the Supreme Beings crew and travelled the world to enter competitions. Along the way, he picked up a DSLR camera to make videos and promo trailers. His discovery of the still-image function essentially marked his move into photography was born. “I started shooting people and falling in love with the freedom of it because it reminded me a lot of the freedom I found in dance,” he says. 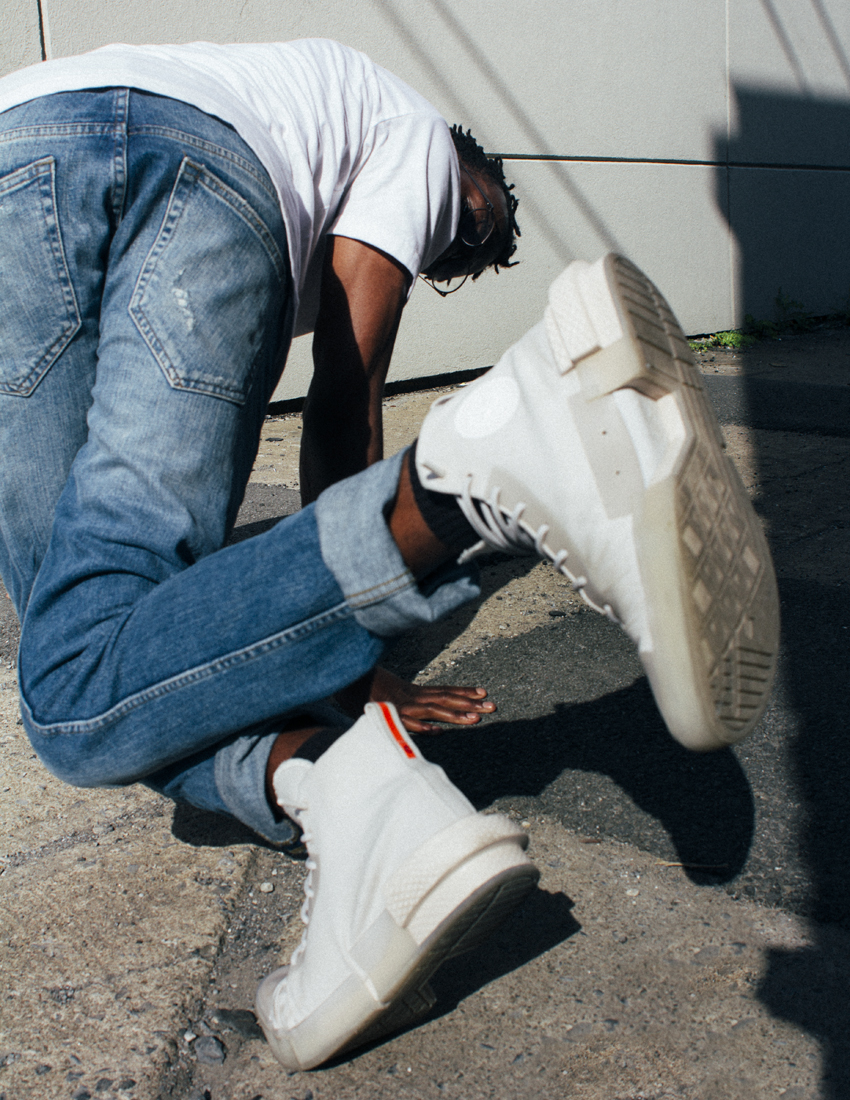 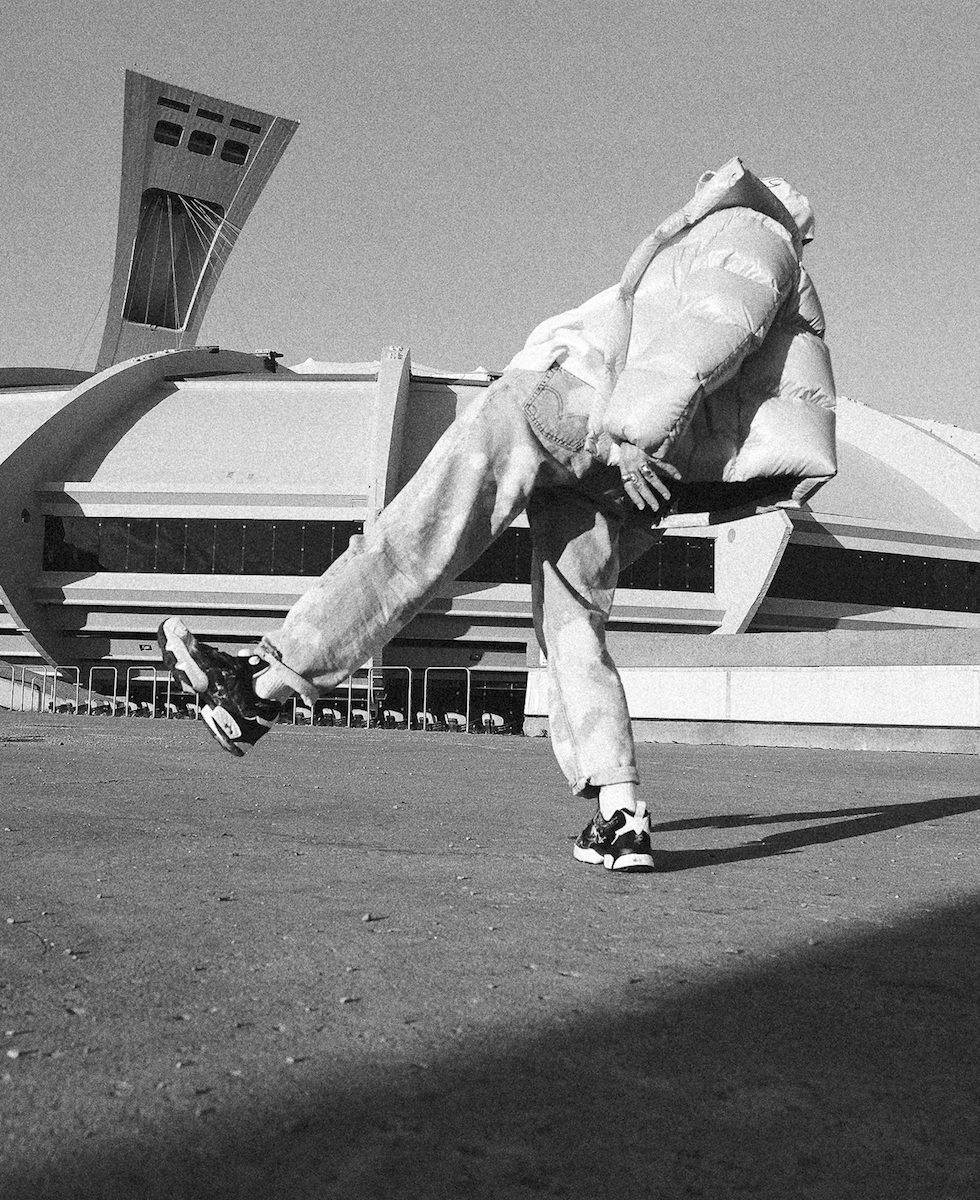 After receiving a grant from Queens Council of the Arts last year, Perez created See Me Up? It’s ‘Cause I’ve been down – a self-published artist book chronicling the breaking scene between 2018 to 2020 in New York, Texas, Florida, Boston, Mexico City, and Montreal, where he now lives. In Perez’s photographs, we see the evolution of the art, one that has stayed true to the roots of the culture despite moments of mainstream success.

“Breaking is under the umbrella of hip hop, which is the mantra of making something from nothing,” Perez says. “It doesn’t cost money to write a rhyme or to sketch in your notepad if you’re a graffiti artist. Breaking is free to partake and you don’t need to be able-bodied. There are plenty of disabled B-boys – one is in my book called Lazy Legs.”

Now 31, Perez has a vision of elevating breaking on the global stage, with breakers becoming just as successful as MCs. “At the moment it’s considered a big deal if you perform for Justin Bieber as a backup dancer and that’s a high level of success. I want to change that.” 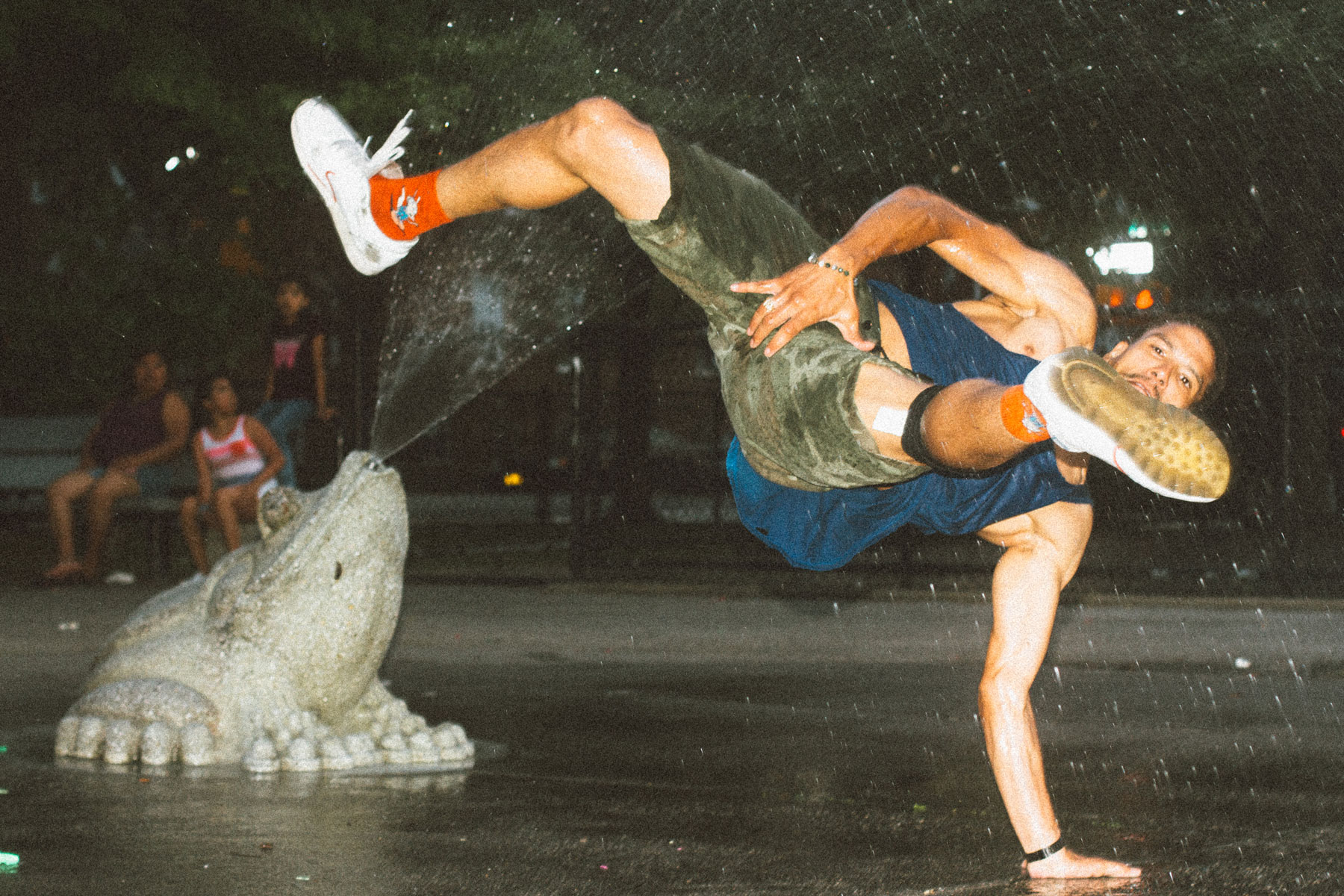 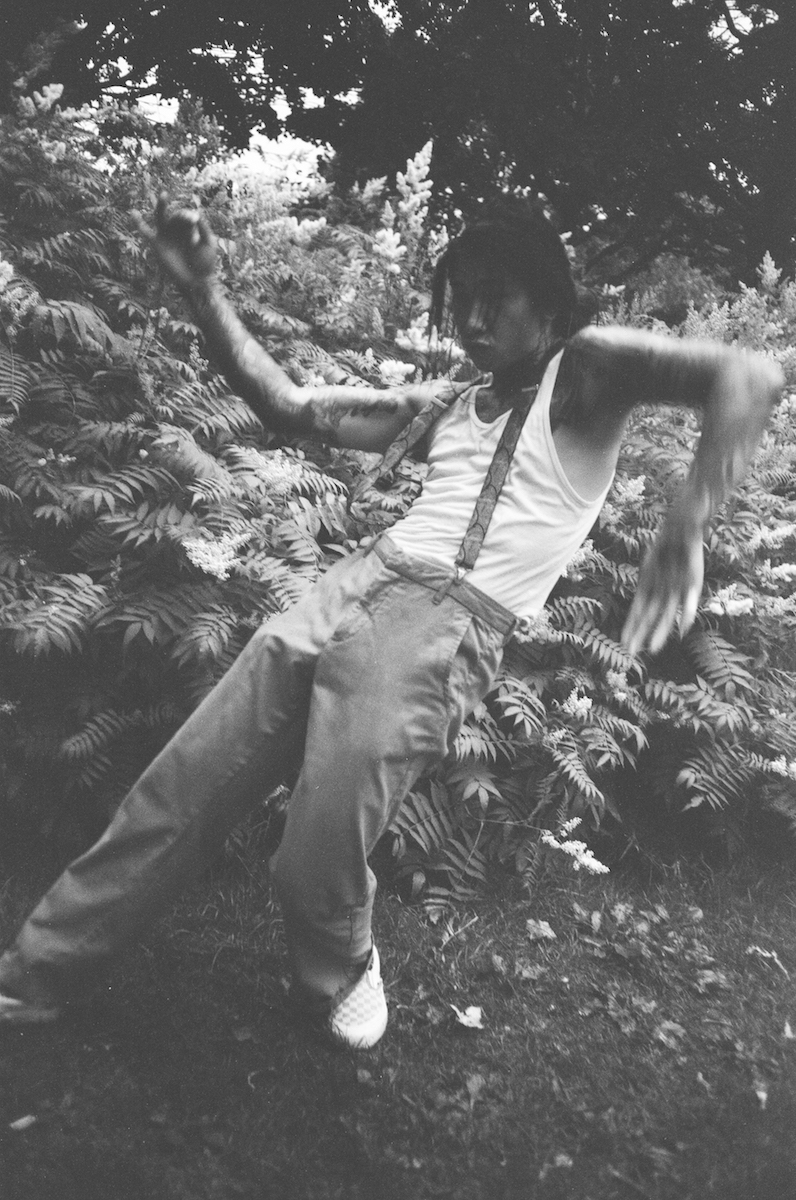 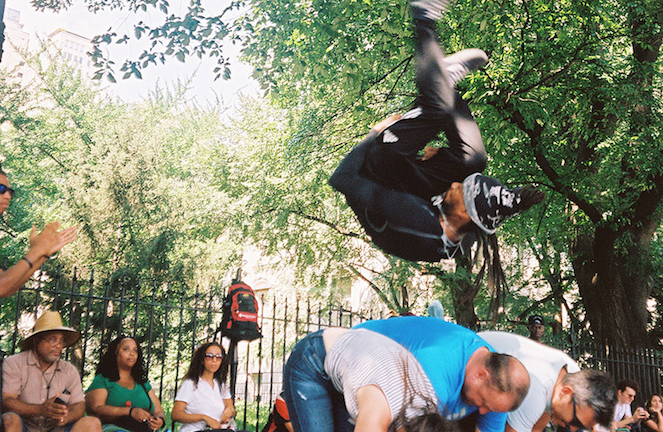 Linkedin
RELATED ARTICLES
OTHER ARTICLES
In the latest OFFF Dispatch, the enigmatic designer dives into his process, connecting the dots between his unique and varied creative output.
After news broke last week around an expected reversal of the 1973 landmark law that made abortion legal in the US, protestors gathered in the UK in support of American women.
The government is scrapping the Human Rights Act in a move that will hit marginalised people hardest.
Photographer Robin Graubard’s debut book offers an unflinching record of turbulence and change across the Balkans.
New legislation is set to make it more difficult to hold Israel accountable for its human rights abuses.
In our first OFFF Dispatch piece, the Arce Studio founder shares her tips on standing out from the crowd.