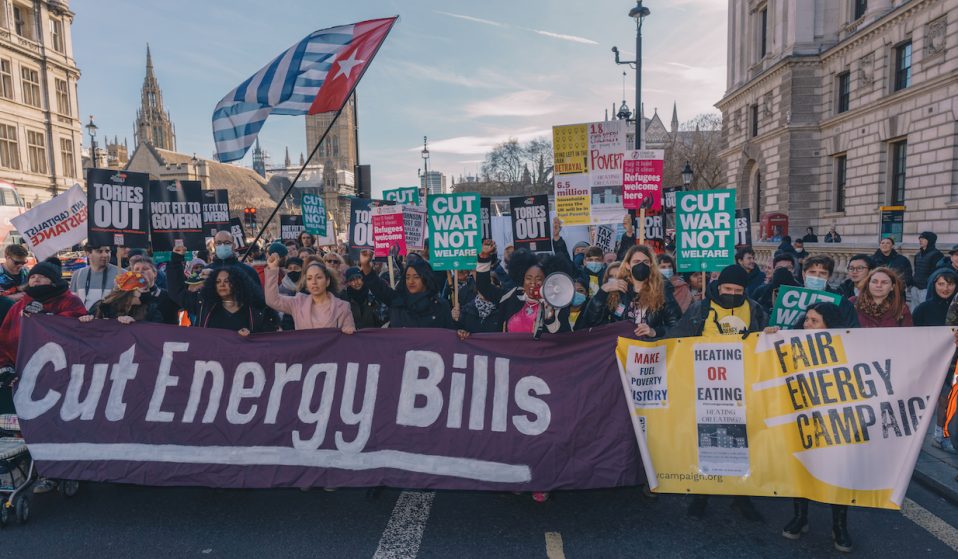 People gathered across the country in demonstrations sparked by a steep rise in the energy price cap.

Last weekend saw people gather across the country in demonstrations sparked by a steep rise in the energy price cap.

At the end of last month it was reported that the cost of living in the UK would rise by five per cent. The rise was measured in part by using the “average” basket of shopping, but campaigners were quick to point out this wasn’t the full story, with many poorer households experiencing a much steeper increase in prices.

Campaigner Jack Monroe pointed out that, while prices overall may have risen by 5 per cent, many of the cheapest options, such as supermarket’s value ranges, have seen astonishing rises. Writing on Twitter, Monroe said: “This time last year, the cheapest pasta in my local supermarket (one of the Big Four), was 29p for 500g. Today it’s 70p. That’s a 141% price increase as it hits the poorest and most vulnerable households”.

Woke up this morning to the radio talking about the cost of living rising a further 5%. It infuriates me the index that they use for this calculation, which grossly underestimates the real cost of inflation as it happens to people with the least. Allow me to briefly explain.

Just a week later, Ofgem, the office of gas and electricity markets, announced a huge rise in the price cap. From April, the average household will see a £693 increase in energy costs per year – a rise of 54 per cent. For those 4.5 million households on prepayment metres, the average cost will rise by £708 per year.

The rise comes as a spike in energy prices has threatened energy companies and seen many, including Bulb, go bust and be placed in administration.

The last decade has seen the decimation of living standards. With the Conservative’s austerity measures having allegedly led to 130,000 extra deaths, one in five households in the UK are now in poverty and there has been an astronomical rise in foodbank use.

This weekend, crowds gathered in towns and cities across the country. In London, up to 1000 people gathered in Parliament Square to demonstrate against the squeeze on living standards and to call for the Tories to be out. The protest was organised by People’s Assembly, Disabled People Against Cuts, Revolutionary Socialism in the 21st Century and Fuel Poverty Action and saw the crowd addressed by speakers from the groups, as well as former Labour leader Jeremy Corbyn, before marching to Downing Street.

Photographer Aiyush Pachnanda was there to capture the action. 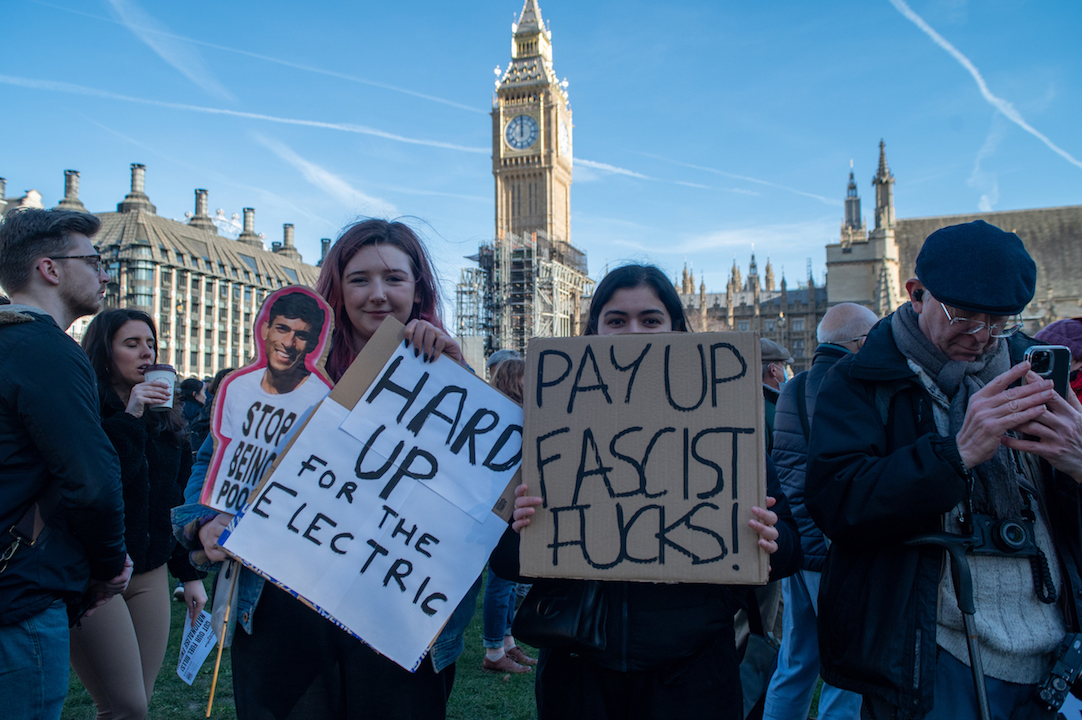 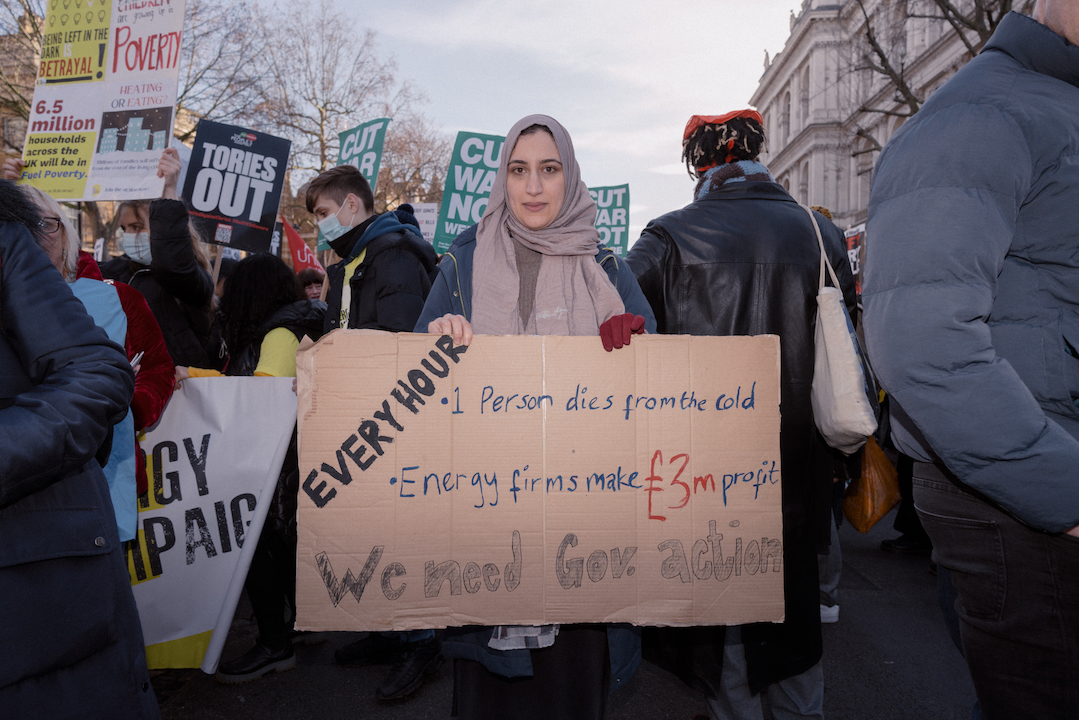 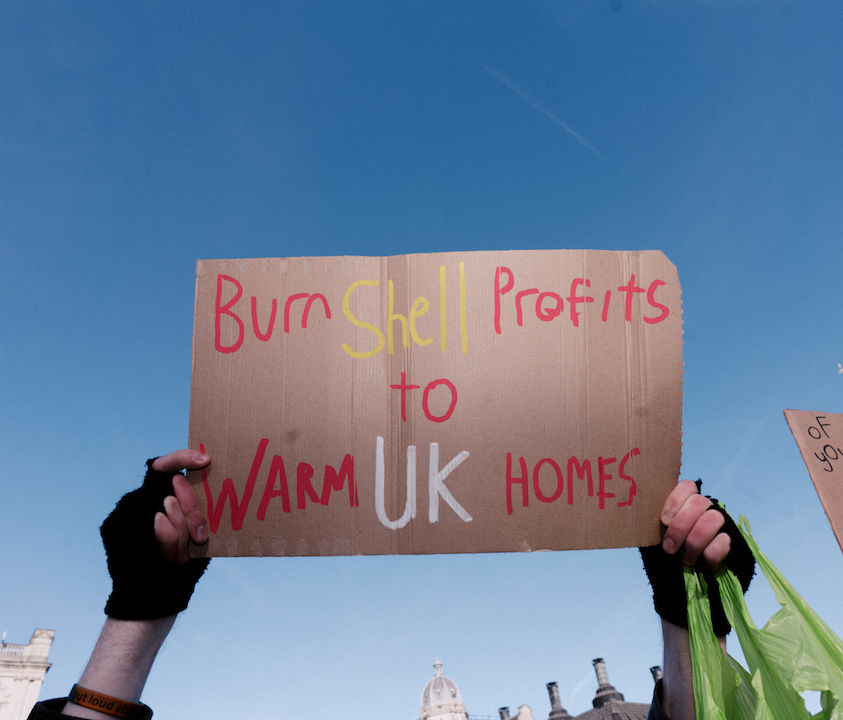 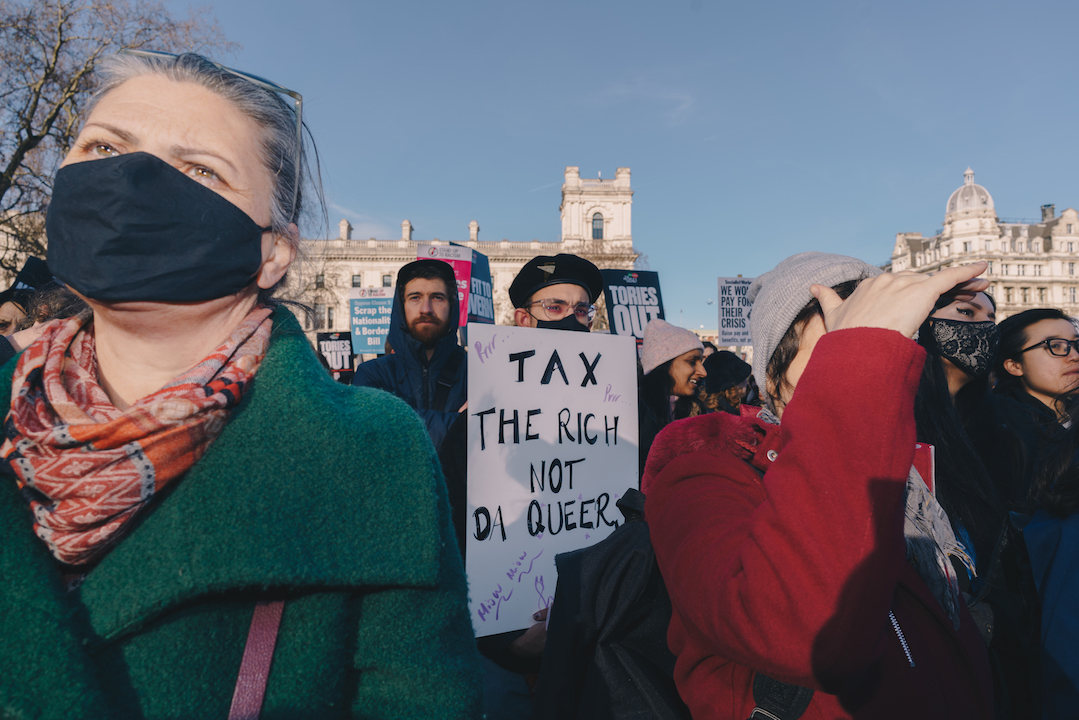 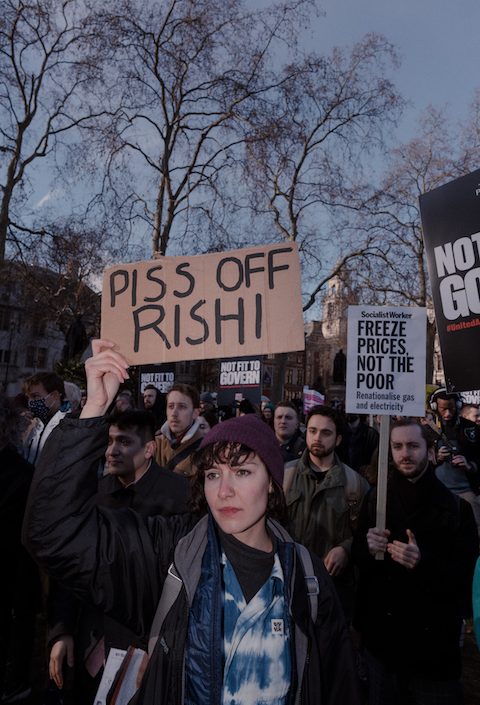 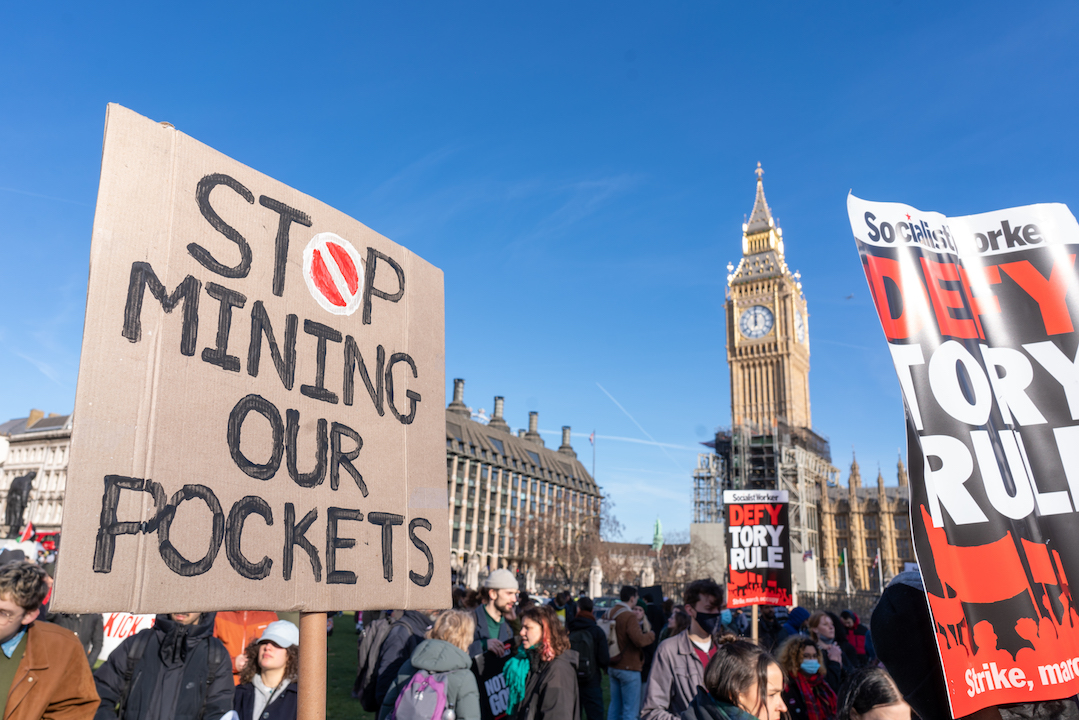 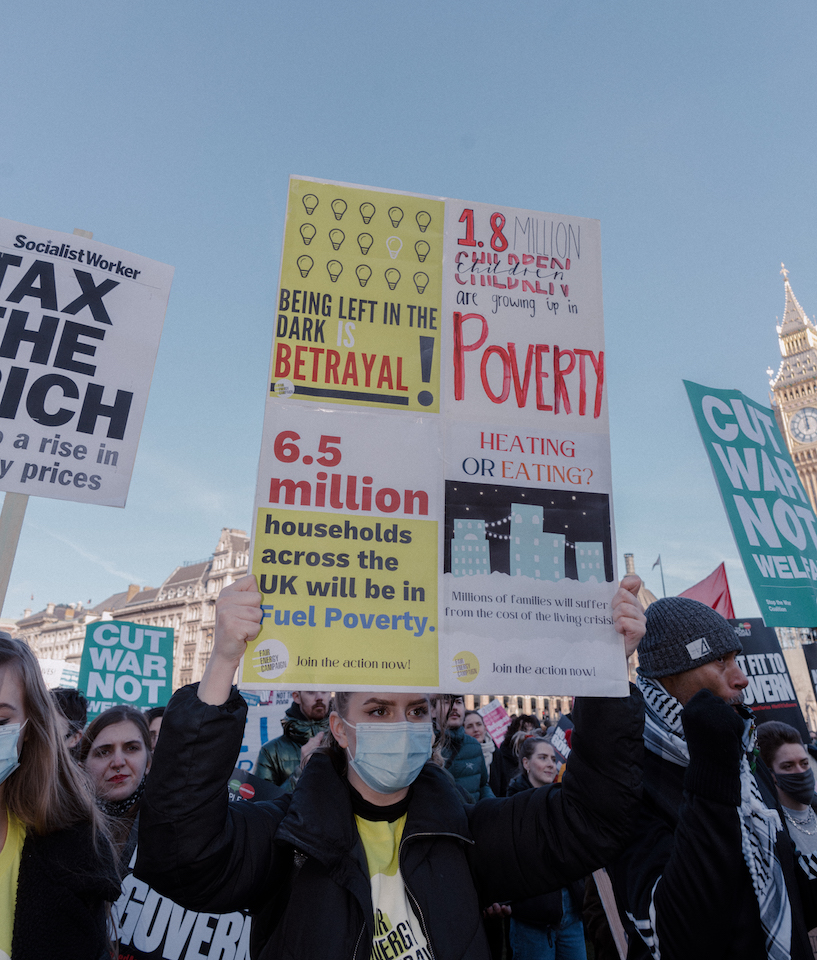 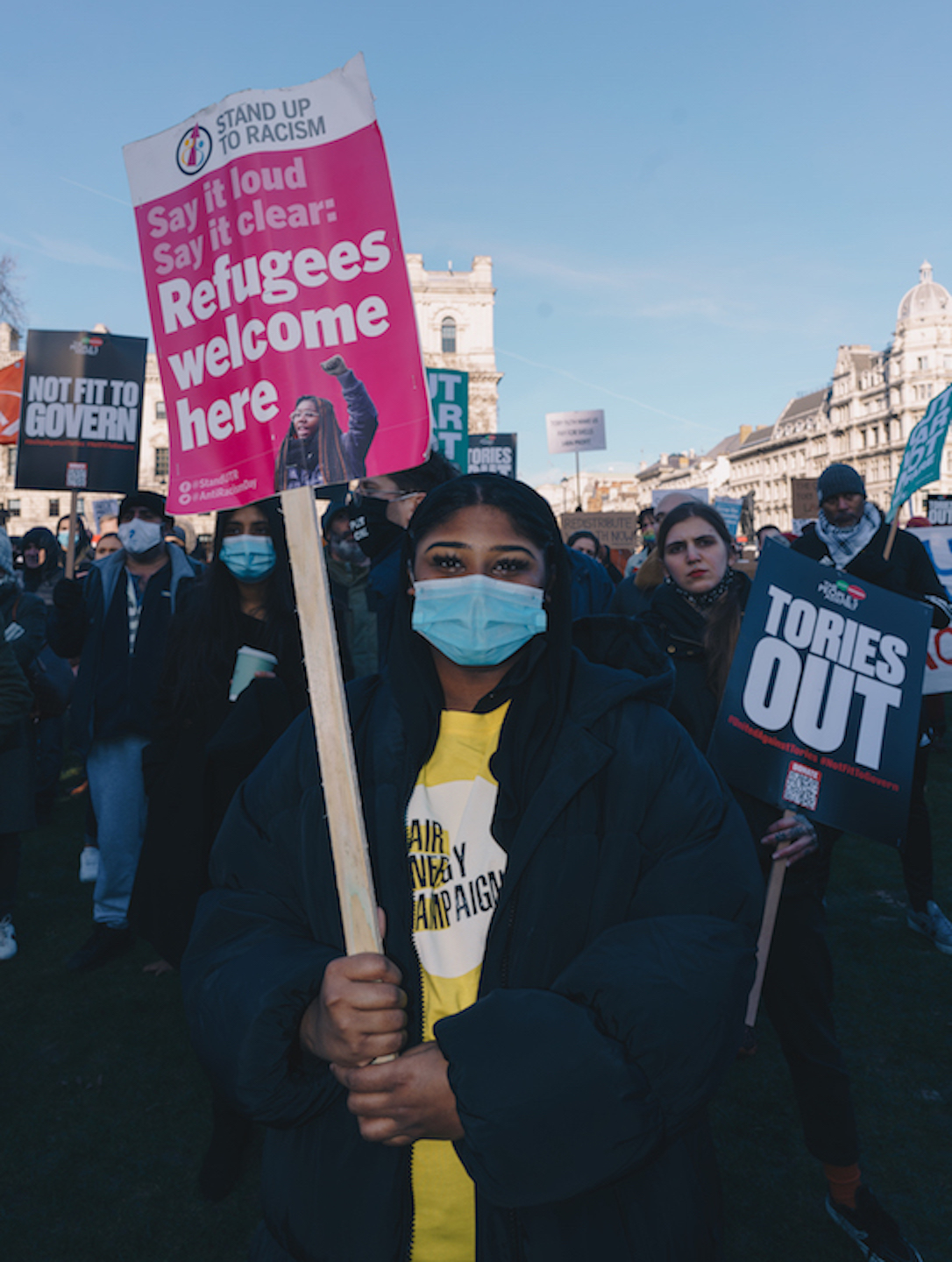 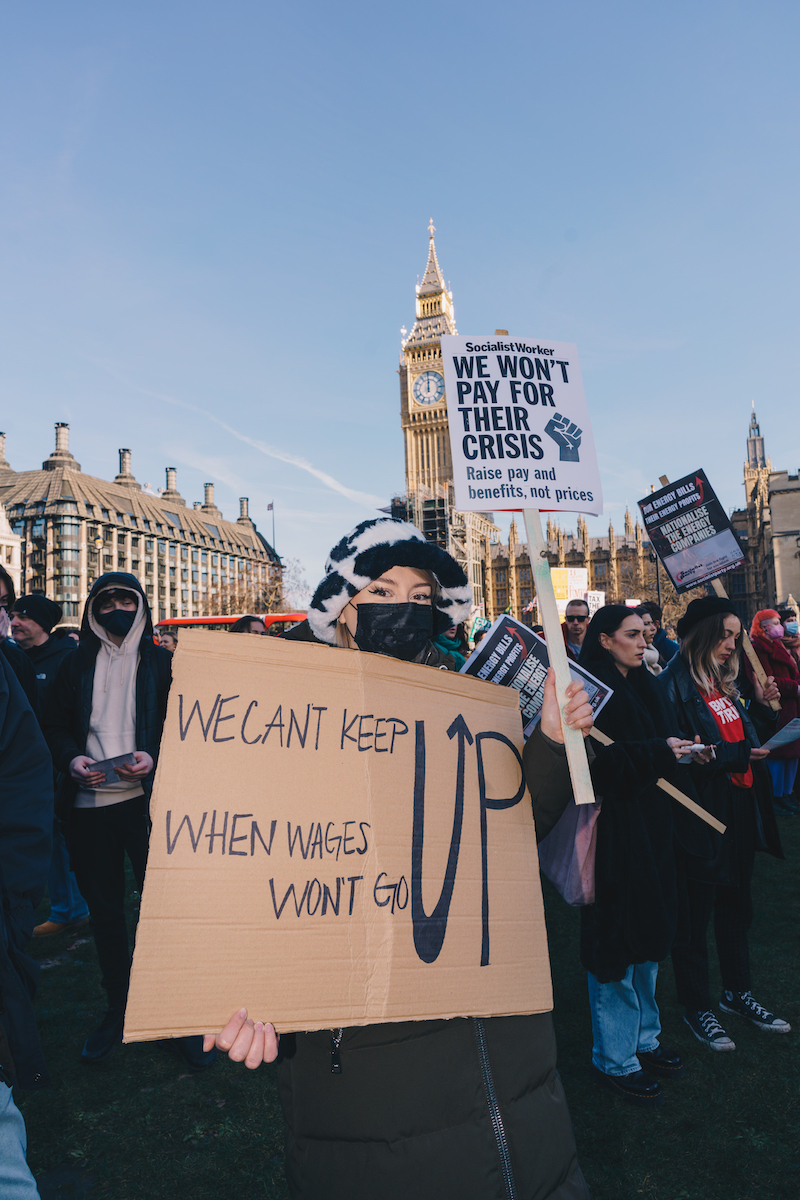 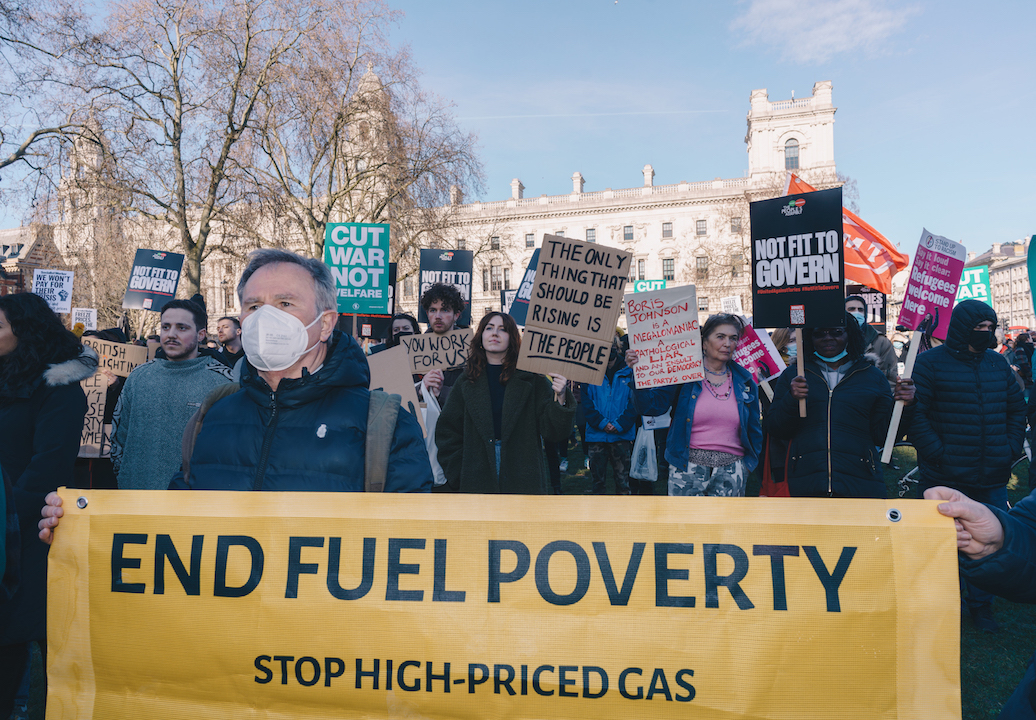 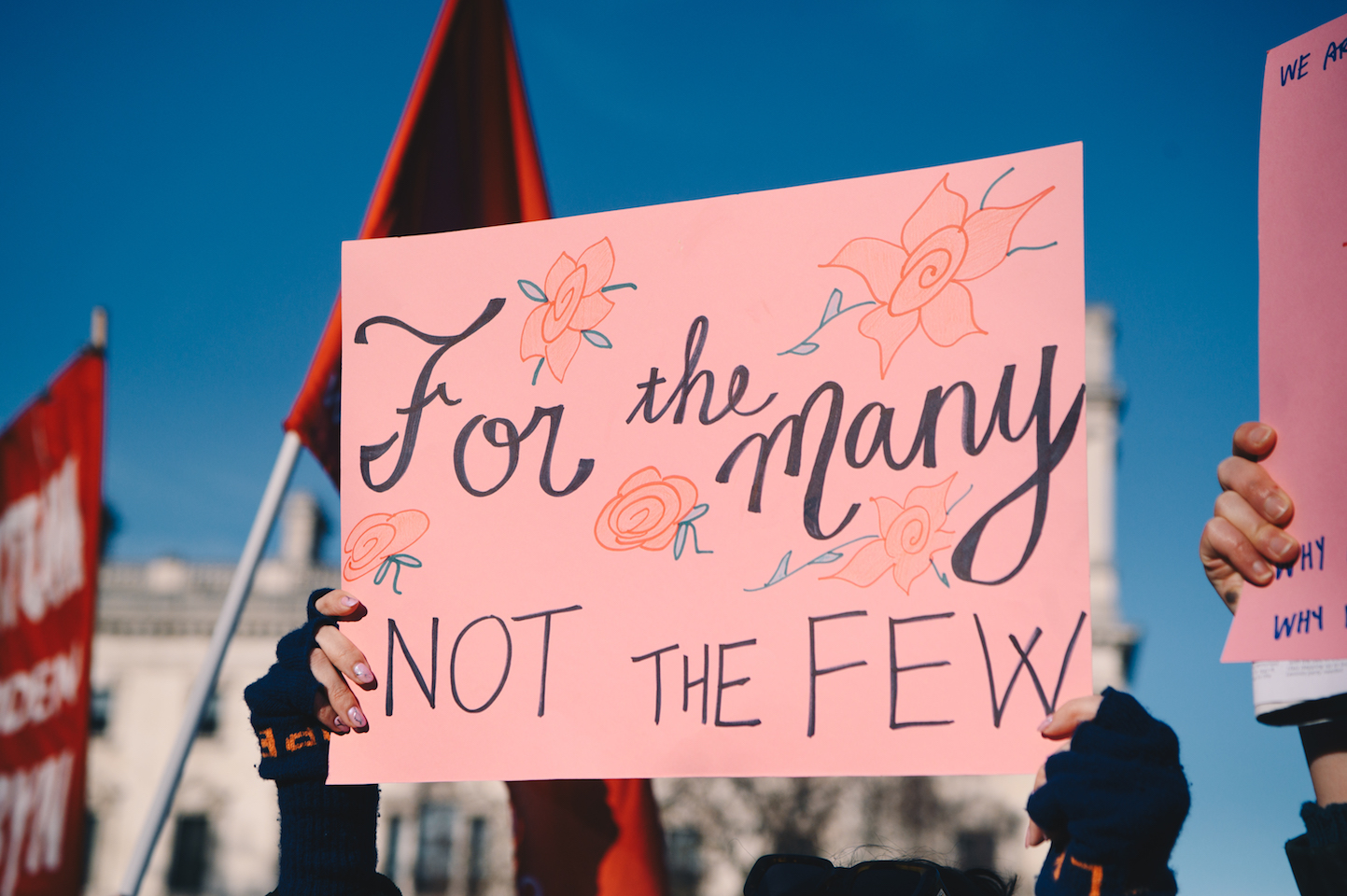 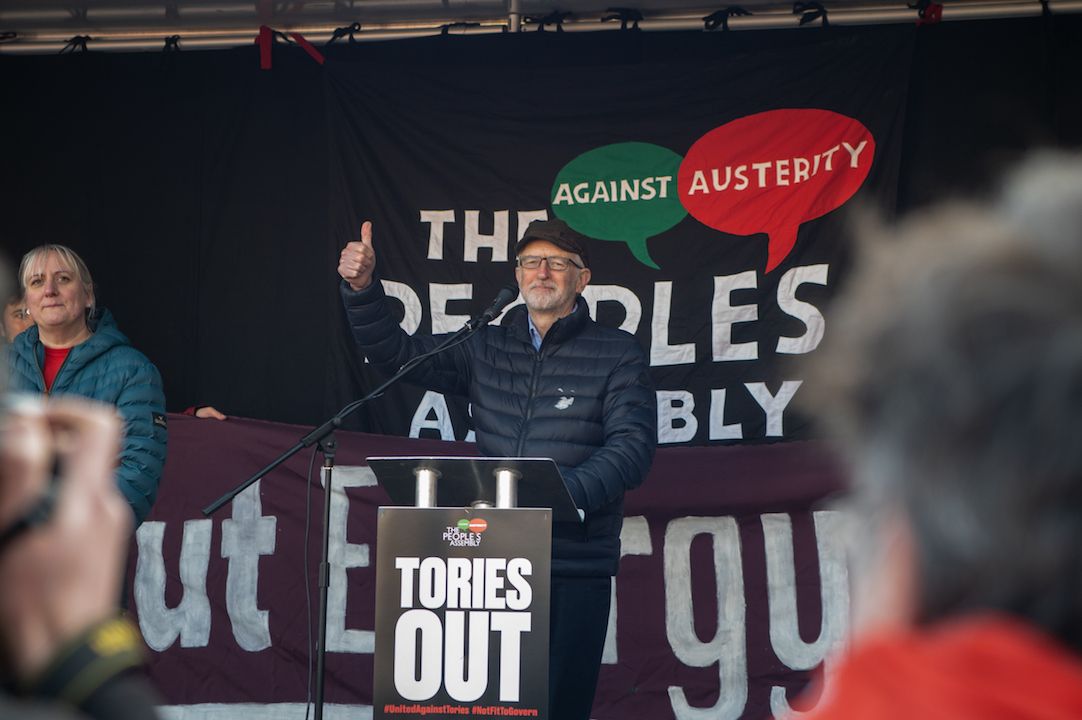 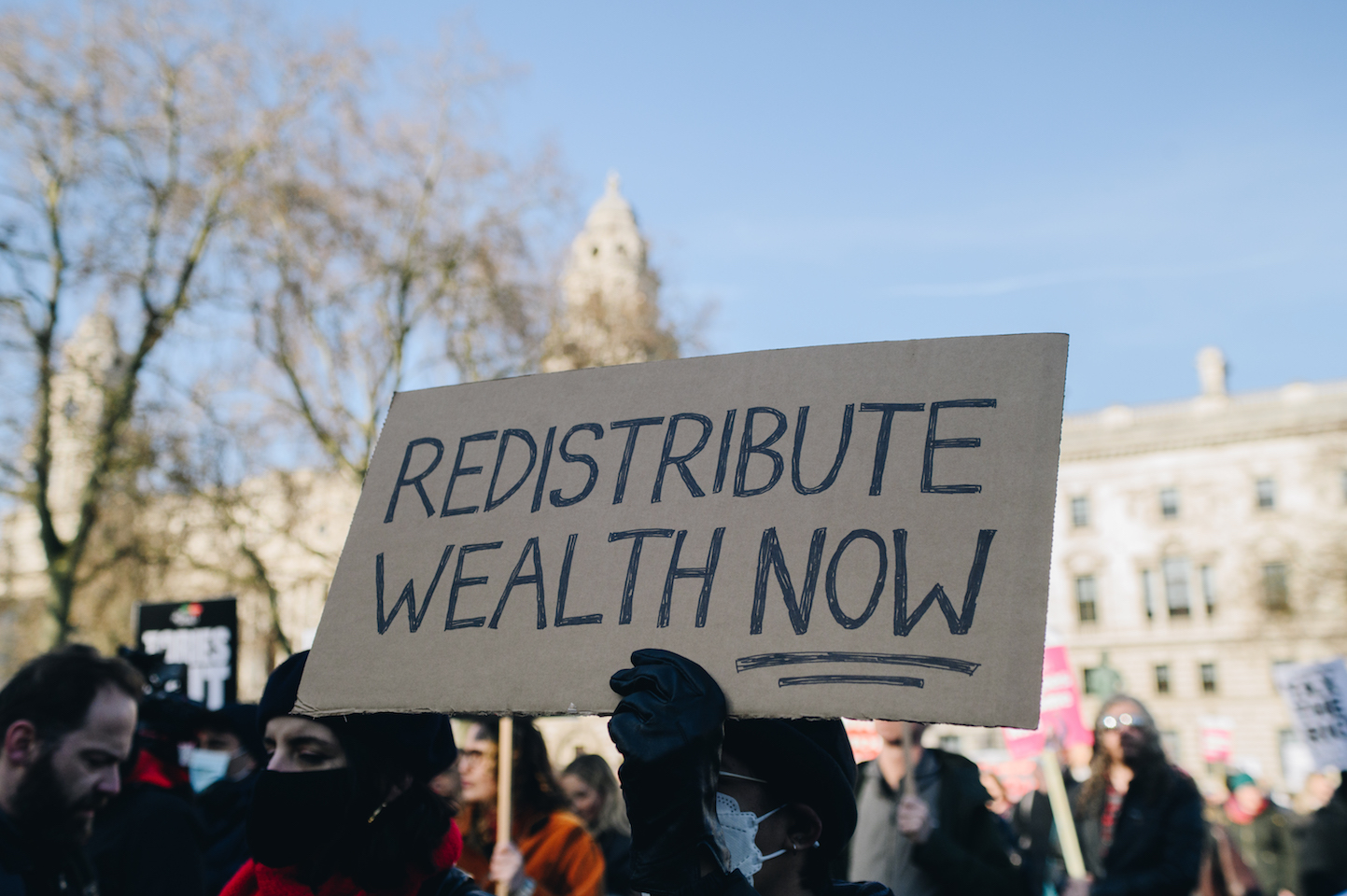 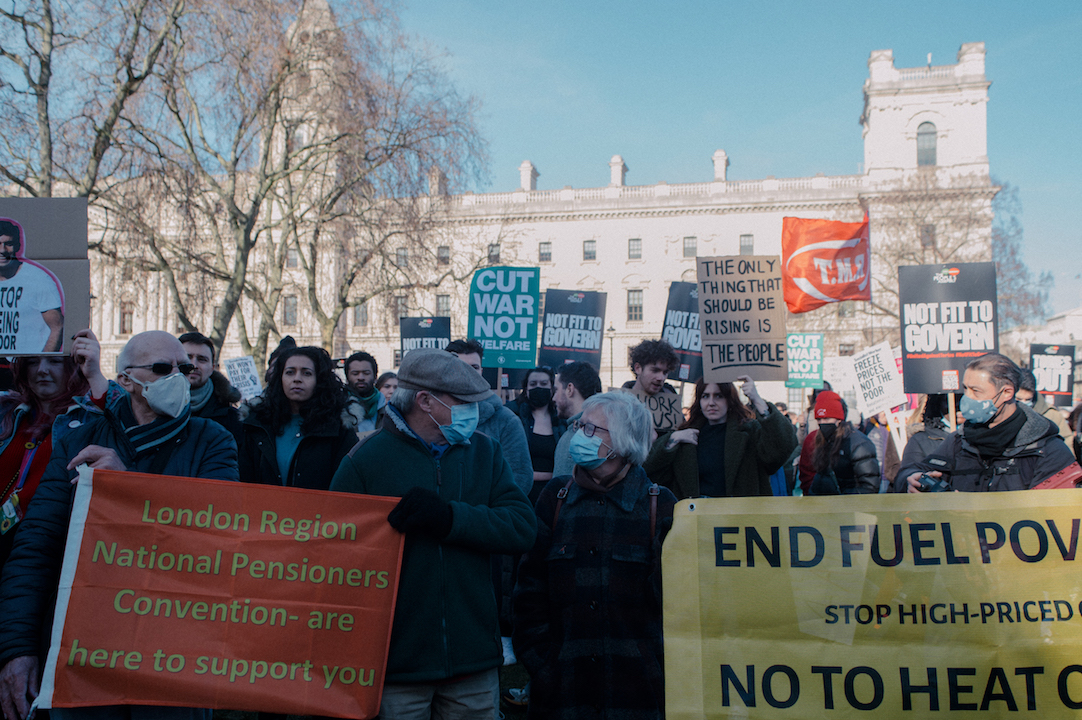 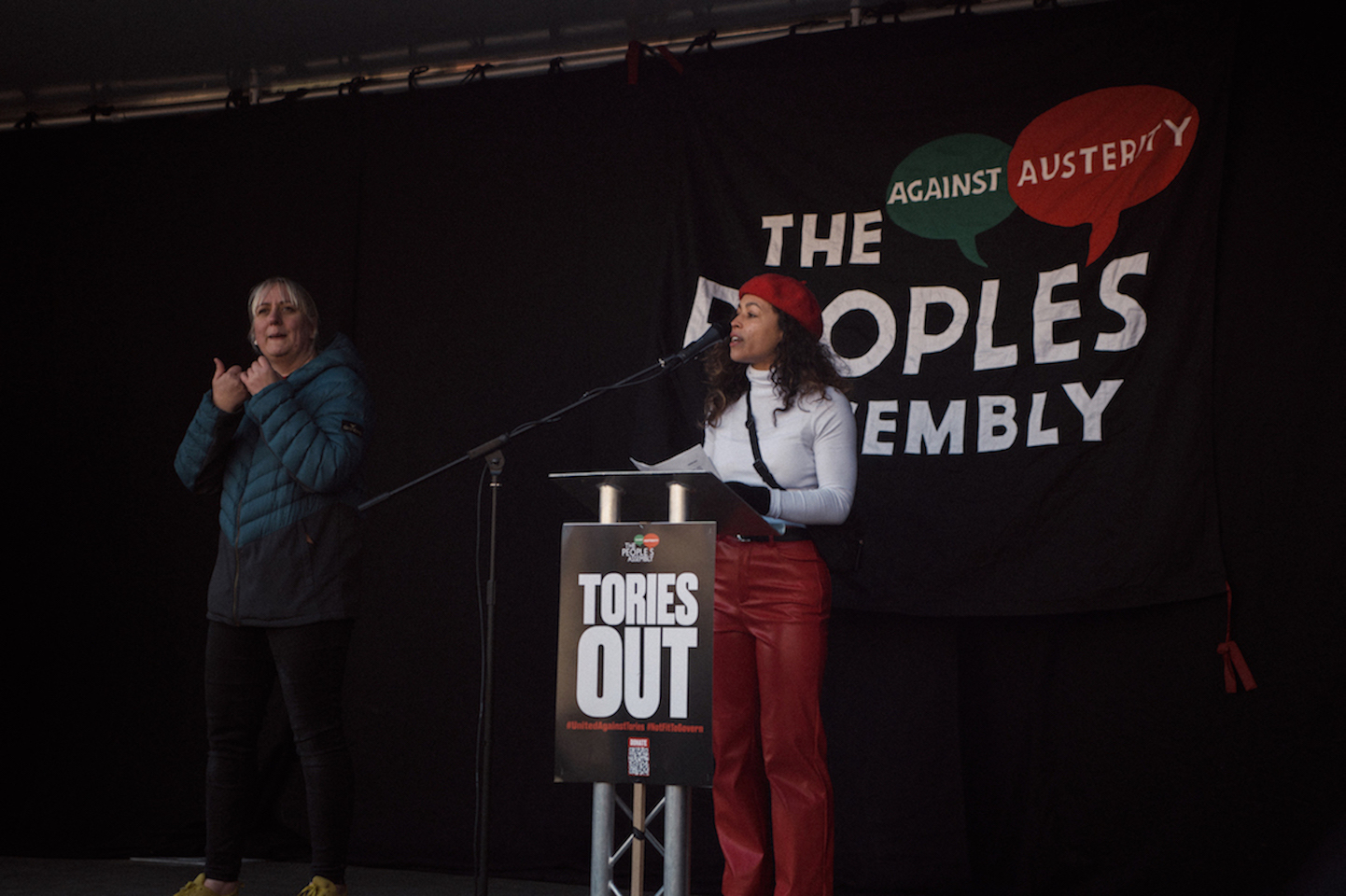 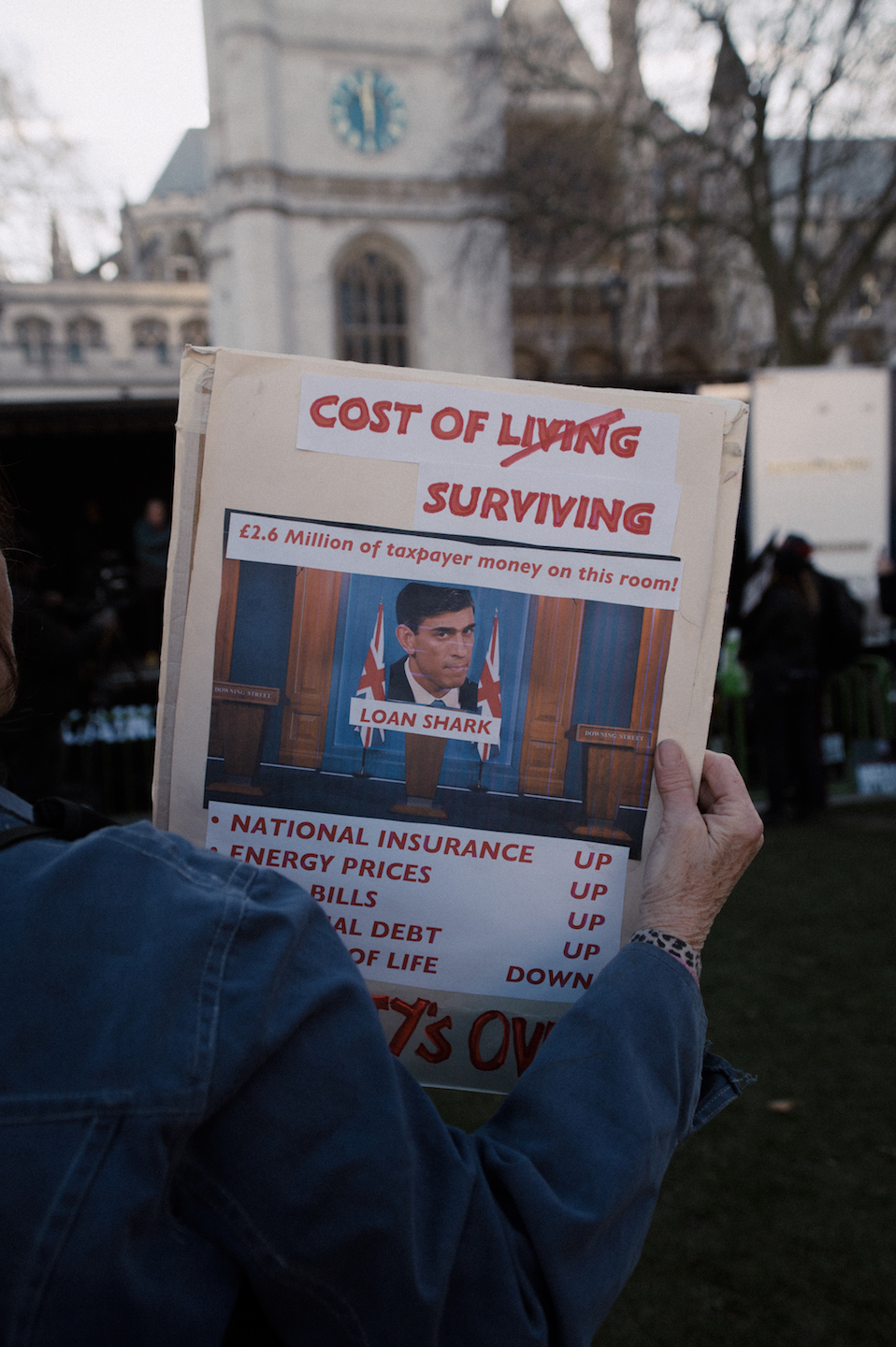 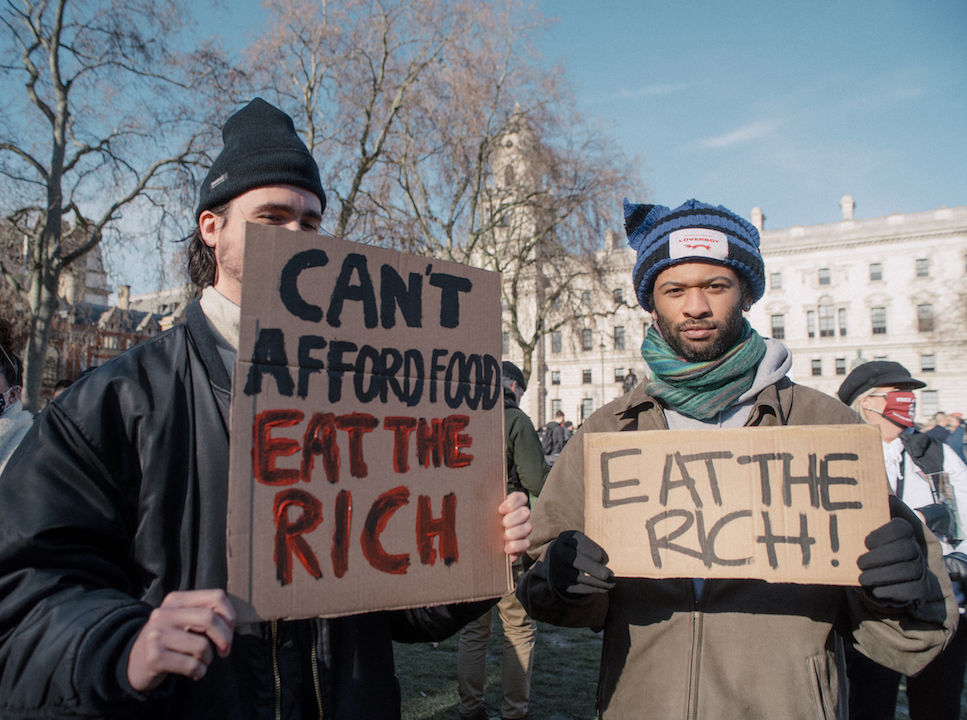 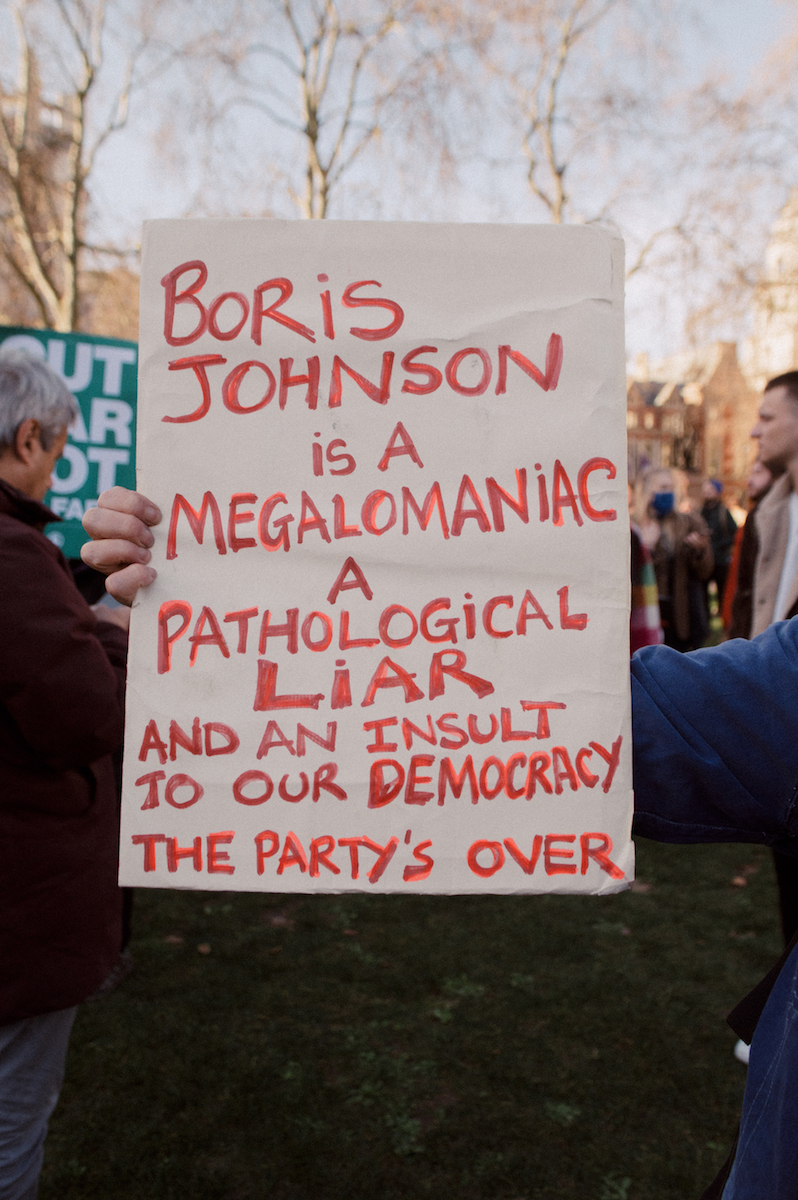 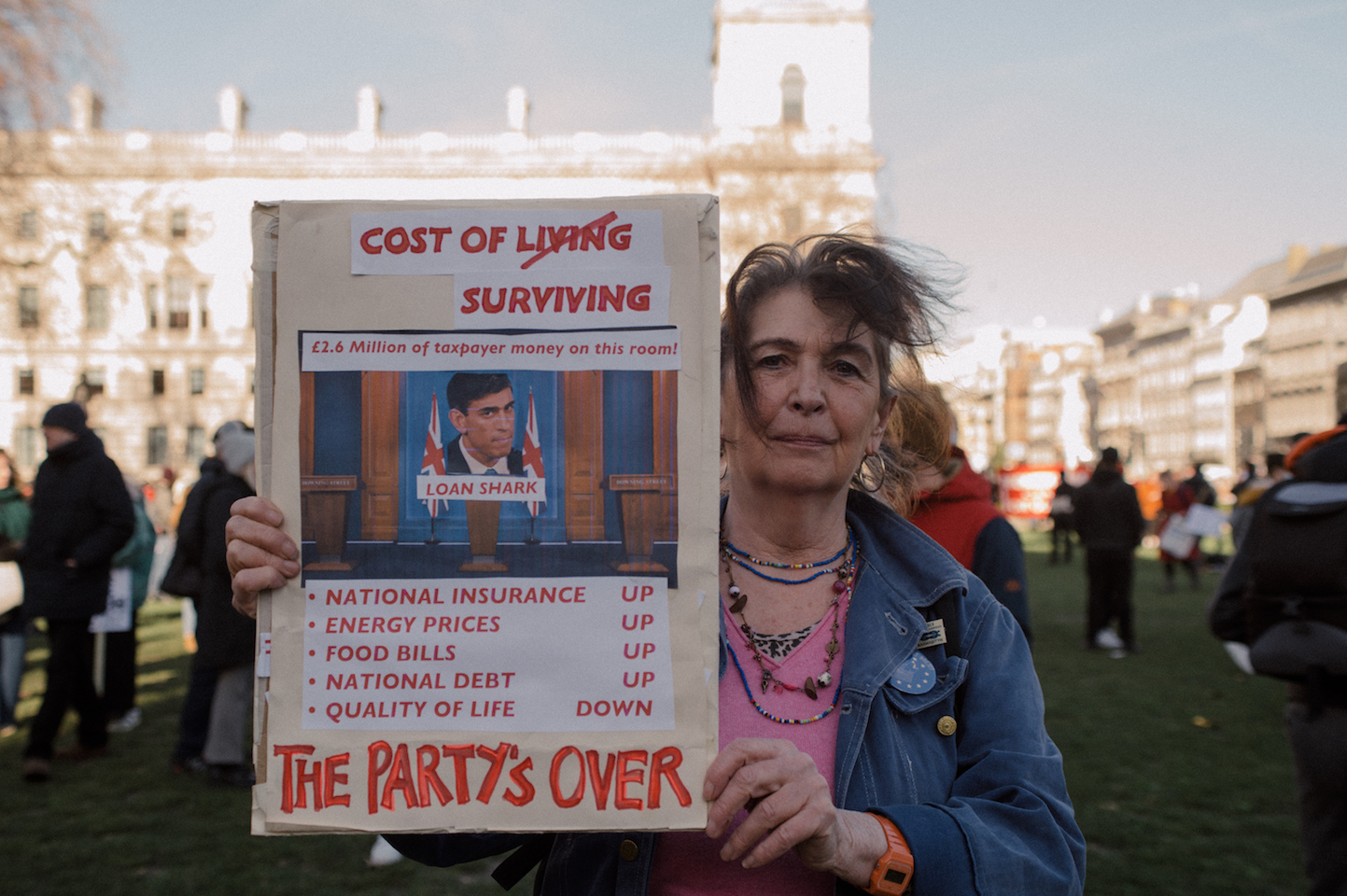 Linkedin
RELATED ARTICLES
OTHER ARTICLES
Photographer Phyllis Christopher recalls capturing sex and protest at a time when the city had become a haven for the queer community.
A group of Ukrainians living in Poland are helping Ukraine withstand Russia’s brutal invasion by buying supplies and shipping them directly to the war’s frontlines.
Following the release of his newly republished 1991 book, Redheads, the American photographer reflects on his celebration of ginger people and their magnetic power.
To mark the anniversary of the mass trespass of Kinder Scout, a group of hikers came together with the intent of creating a new, fully inclusive culture for rural spaces.
Following the release of his latest album God Don’t Make Mistakes, the rapper talks horror villains, police brutality and being unafraid to show his vulnerable side.
Our new magazine is here, starring the inimitable Mitski. Order your copy now and join us on a trip around the world.