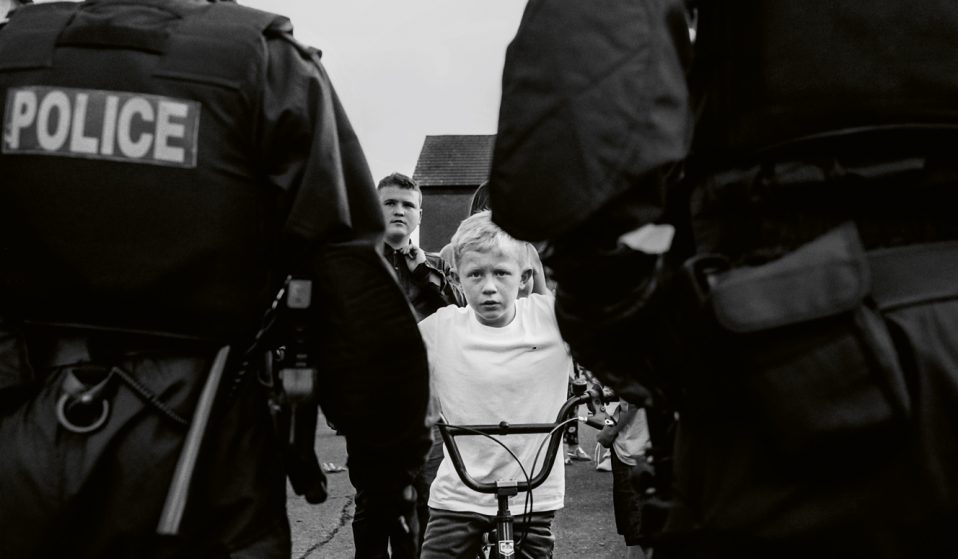 By embedding himself on either side of historic dividing lines, photographer Toby Binder found that these teens have more in common than they might realise.

Belfast’s Springfield Road became a hotspot of violence during the Troubles. As a thoroughfare running through a predominantly Irish nationalist area, it also intersects with nearby Ulster loyalist neighbourhoods – forming a sectarian fault line that gave rise to riots and massacres. 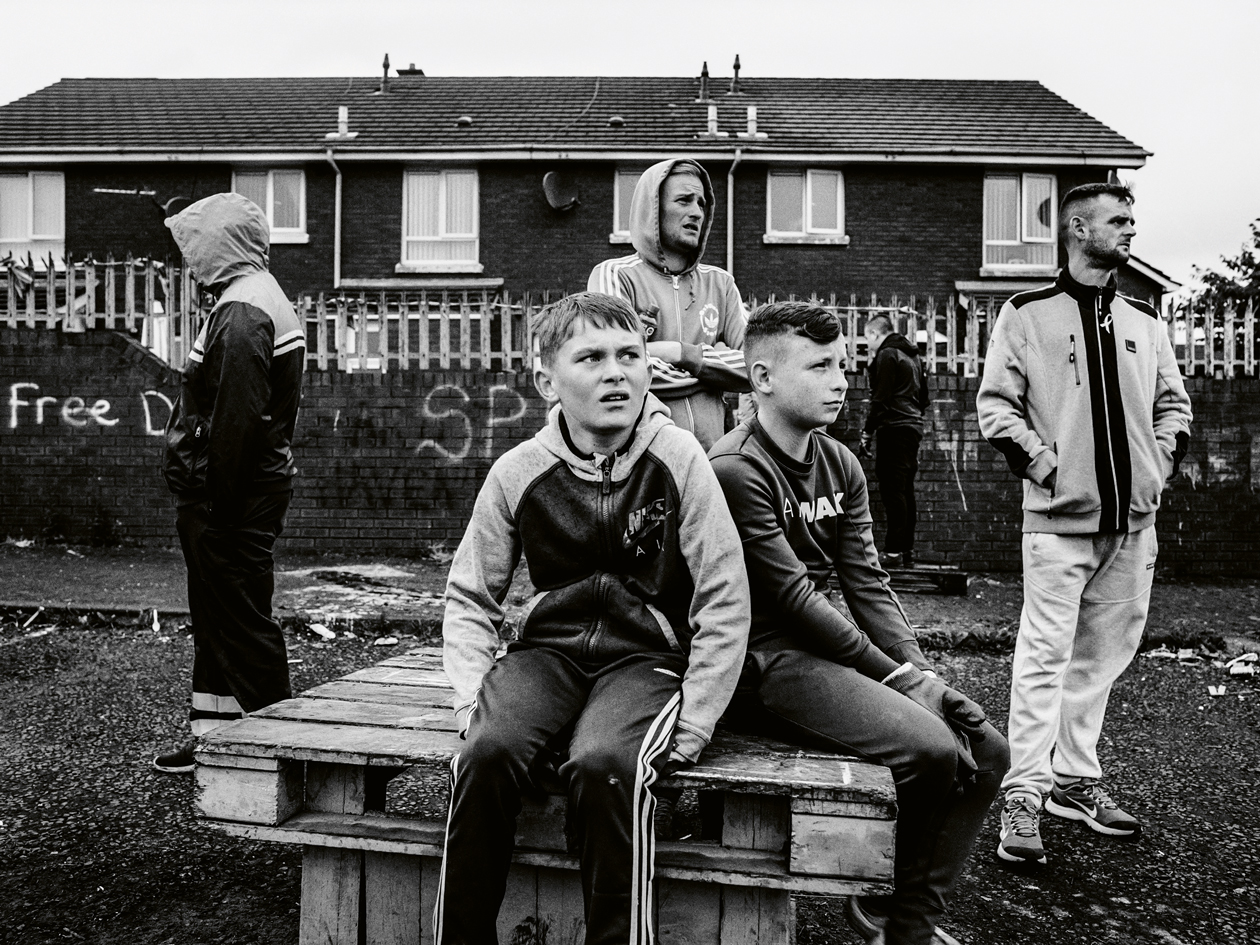 In 2017, German photographer Toby Binder wandered along the road searching for an opportunity – not to reopen old wounds, but to document another pivotal moment in Northern Ireland’s history: Brexit. The 41-year-old has spent much of his career covering youth around the world: from child labour in Bolivia to kids accused of witchcraft in Nigeria.

But over the last 15 years, Toby has poured his personal time into a far-reaching project about young people in Britain’s former industrial cities – places with disproportionately high levels of drug abuse, gang activity and teen pregnancies. 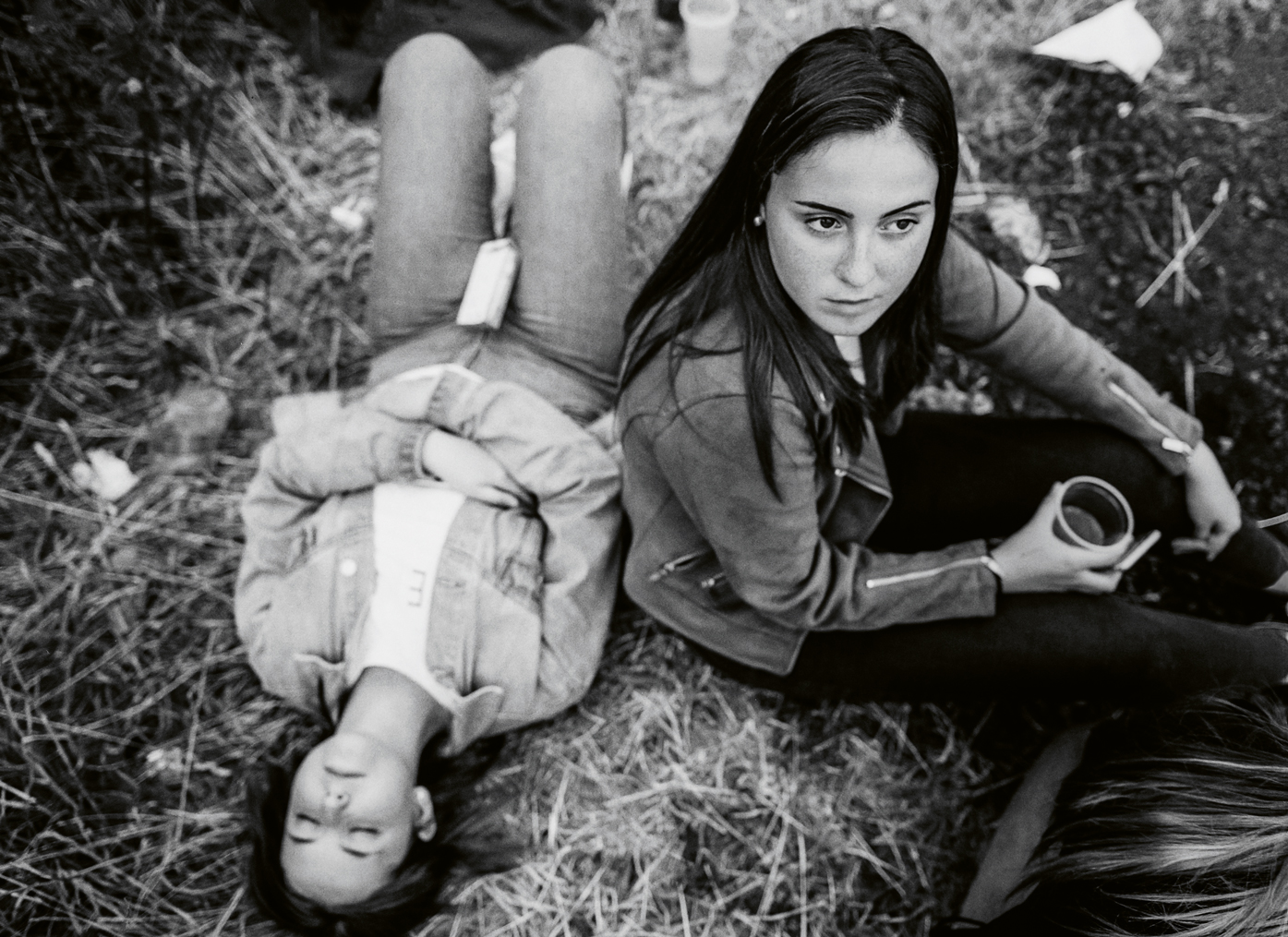 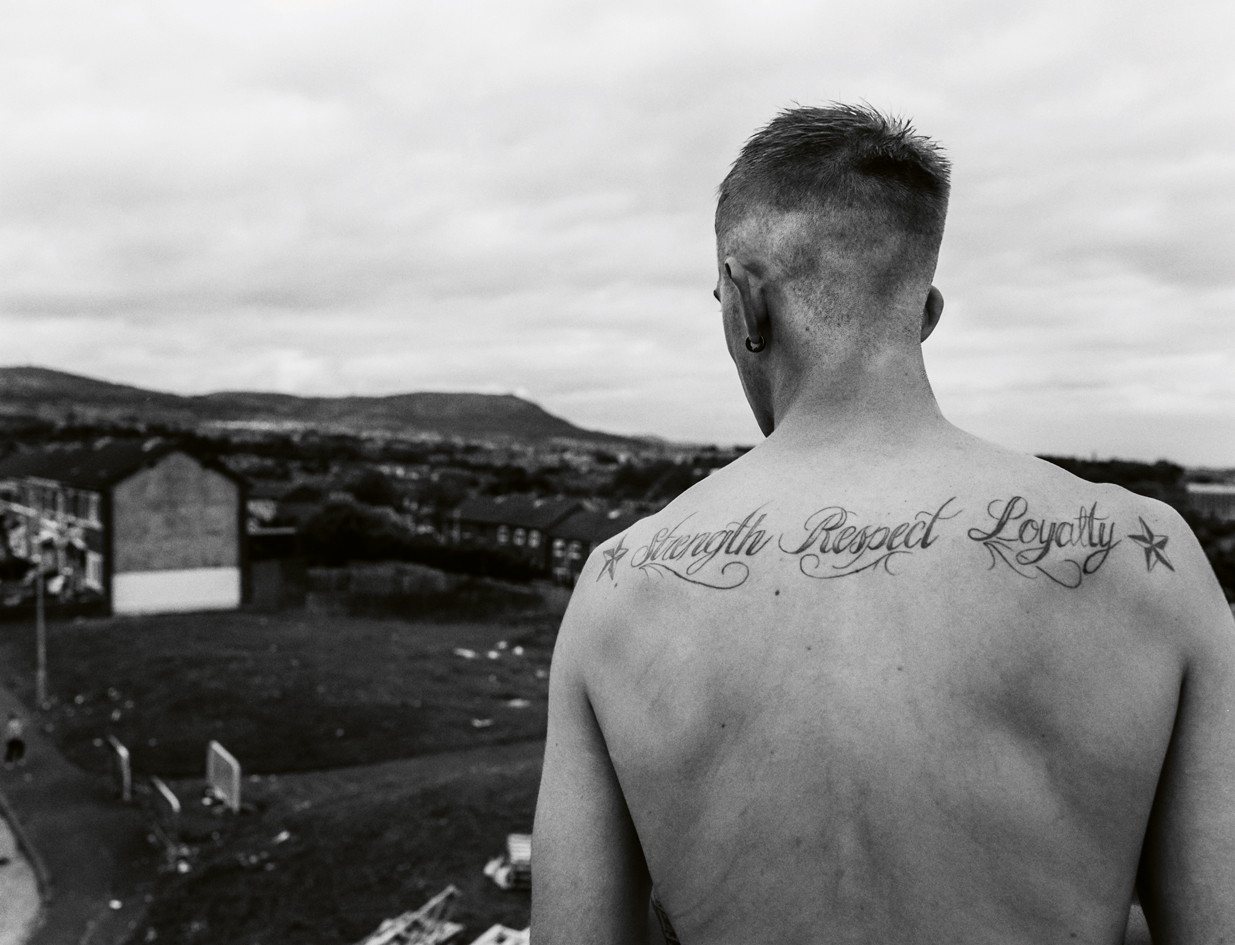 Yet when he made his way to Northern Ireland, something felt different. “I was surprised by how open people in Belfast are – everybody is so friendly that they’ll talk to you immediately,” he says. “Being together is important for these communities. There’s so much empathy there – and I didn’t see that in many groups of young people before.”

Wee Muckers began at a shop called The Clonard, a perfectly ordinary spot where locals nip in to buy milk and cigarettes. On the sloping pavement outside, teenagers congregated in the knowledge that, sooner or later, their friends would gravitate there, too. Together they formed a revolving cast of about 45 people, mostly aged between 14 and 17, typically divided into groups of five. 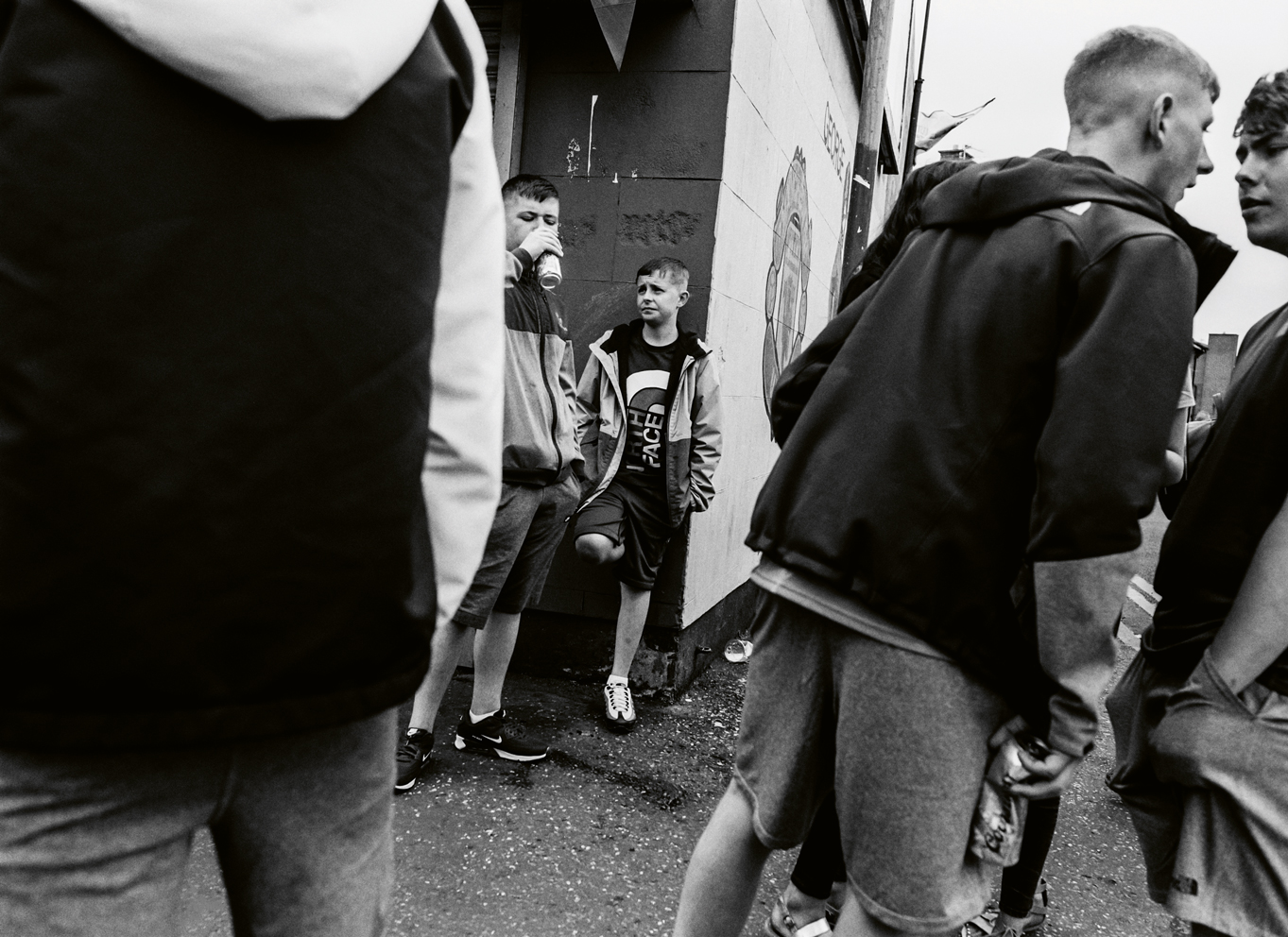 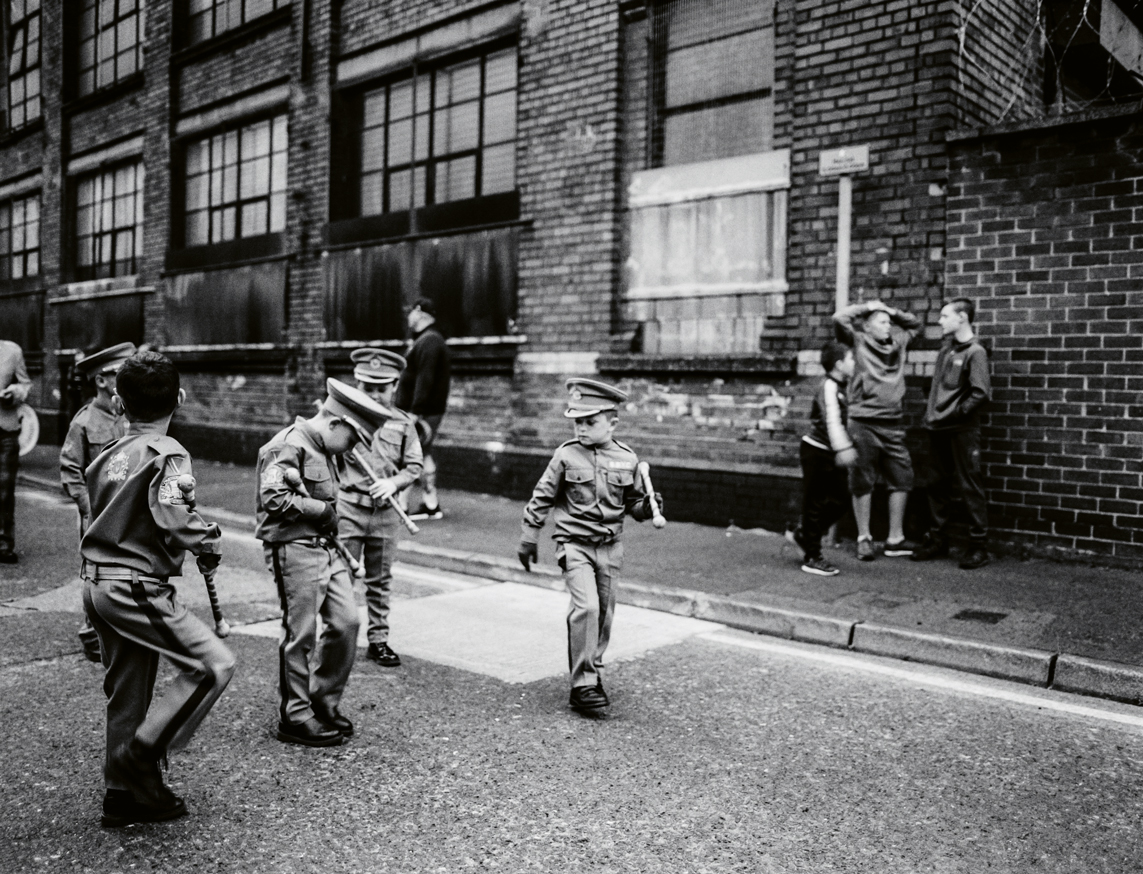 Over the course of several trips, Toby found himself documenting their misadventures: the bonfires, the chases, the arguments. Often the kids would hurl bottles and stones at armoured police vehicles passing by. Toby can vividly recall one young lad, fresh from school, ducking into a construction site as authorities approached – only to resurface moments later, his school bag loaded with rocks to throw.

Yet whatever group Toby shadowed, the dynamic stayed the same. “There is the cheeky one who tries to provoke the ‘foreign trespasser’… but in a good way,” he says. “And if you react properly, you’re in! Then there’s the quiet guy who wants to know everything and tries to get you into his group – often younger guys. Then there are clever or open-minded ones who have good standing and try to help you. Finally, you’ve got the troublemakers who won’t miss an opportunity to get into a fight. But they’ll be okay to the foreigner if the others say it’s okay.” 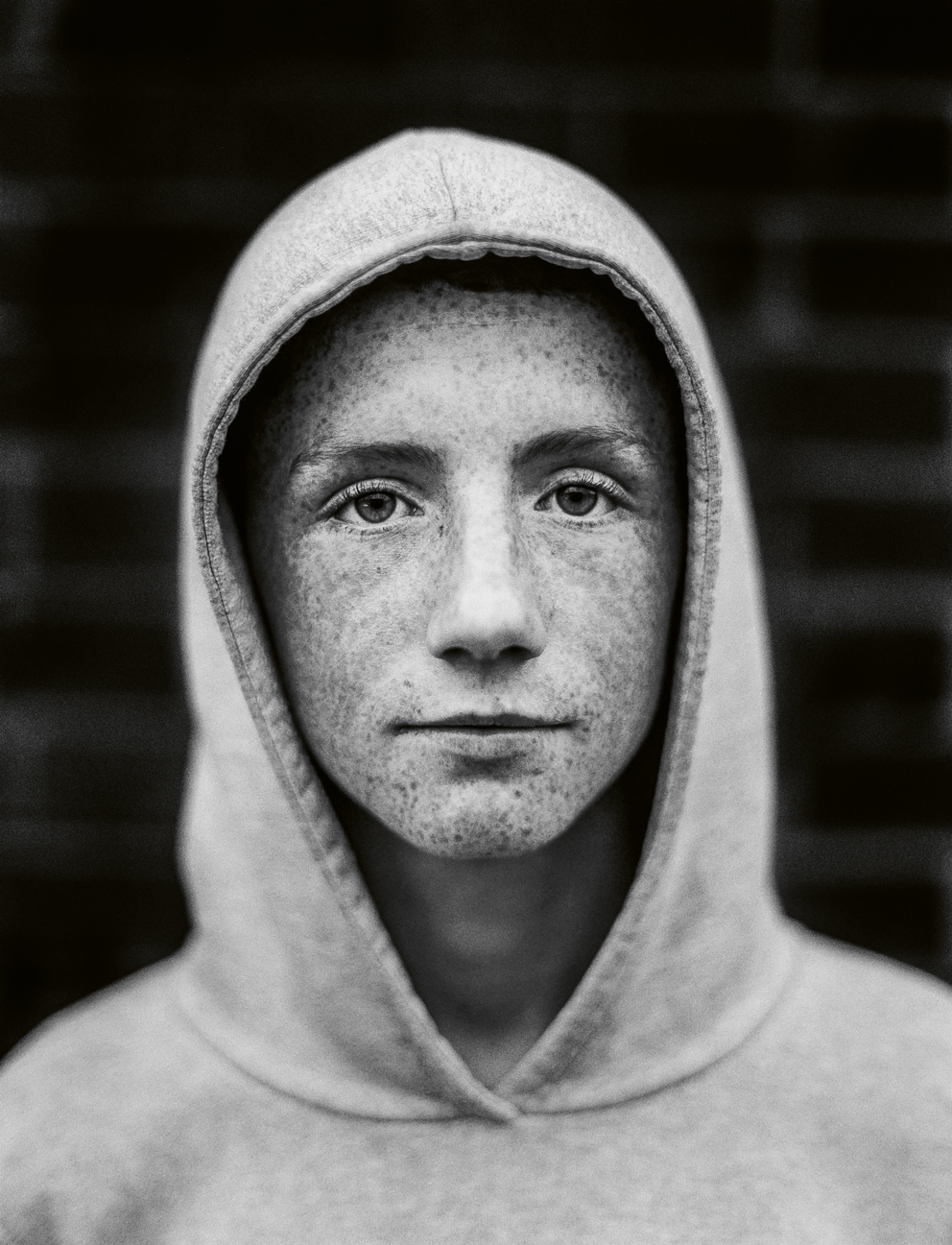 It’s easy to see how Toby could ingratiate himself among these characters. There’s no pretence about him; everything he says sounds disarmingly straightforward. It’s an approach he picked up from New York-based photographer Abe Frajndlich, who taught Toby to get talking to people on the streets.

But Belfast represented a more complex setting. Knowing that many Protestant communities voted to leave the EU while Catholic Nationalists largely wanted to remain, Toby wondered if Belfast’s youth saw Brexit as a threat to the country’s peace process. 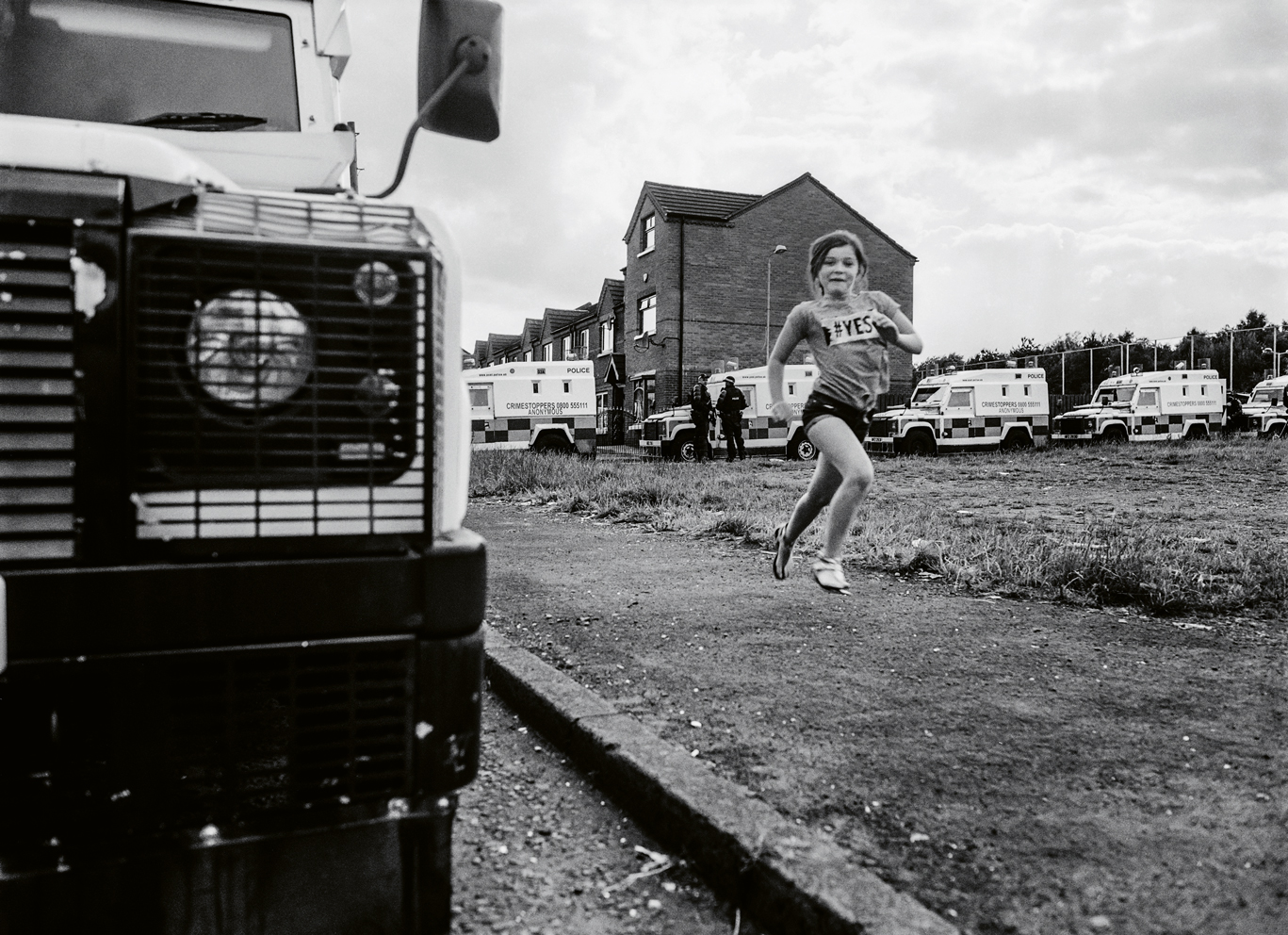 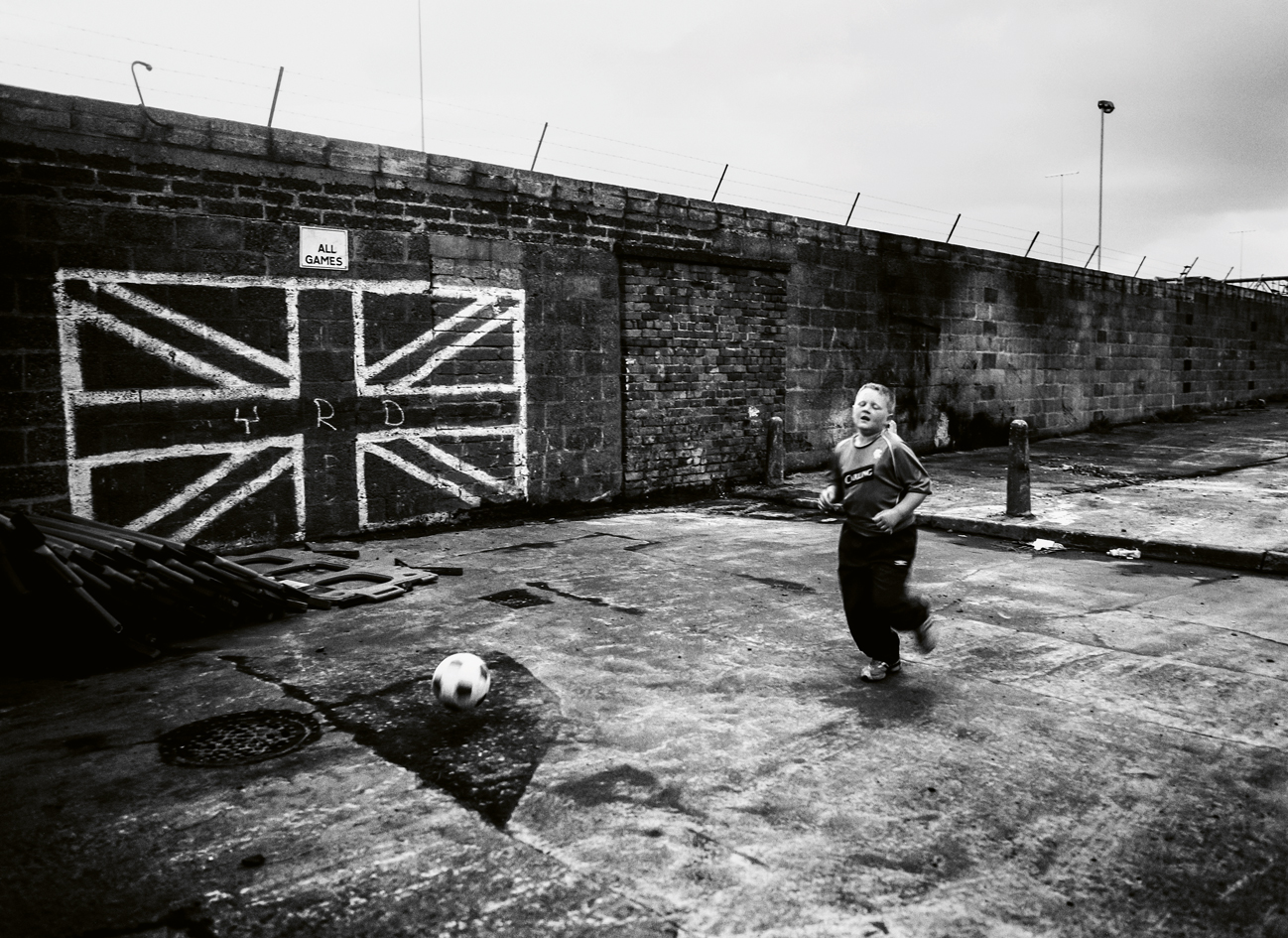 Boy playing football in a backyard of the Shankill neighbourhood.

“Most of them didn’t seem to understand what Brexit actually means and those who were over 18 just voted the way their parents or the community told them to,” he says. “But what I found so interesting was that, although young people in the Catholic communities only have an Irish passport – if they have a passport at all – many of them had never been to the Republic. A [potential hard] border seemed like an abstract idea to them. But, of course, they did know it would mean trouble for Belfast.”

After splitting his time between six different neighbourhoods, however, the photographer did gain a clear sense of how people felt about the city’s legacy of friction. Younger people felt glad to have grown up in a time of peace. Those closer to Toby’s age were eager to avoid conflict returning but, having lived through it themselves, recognised underlying difficulties. The older generation, meanwhile, seemed reluctant to move on. That was something Toby struggled with. 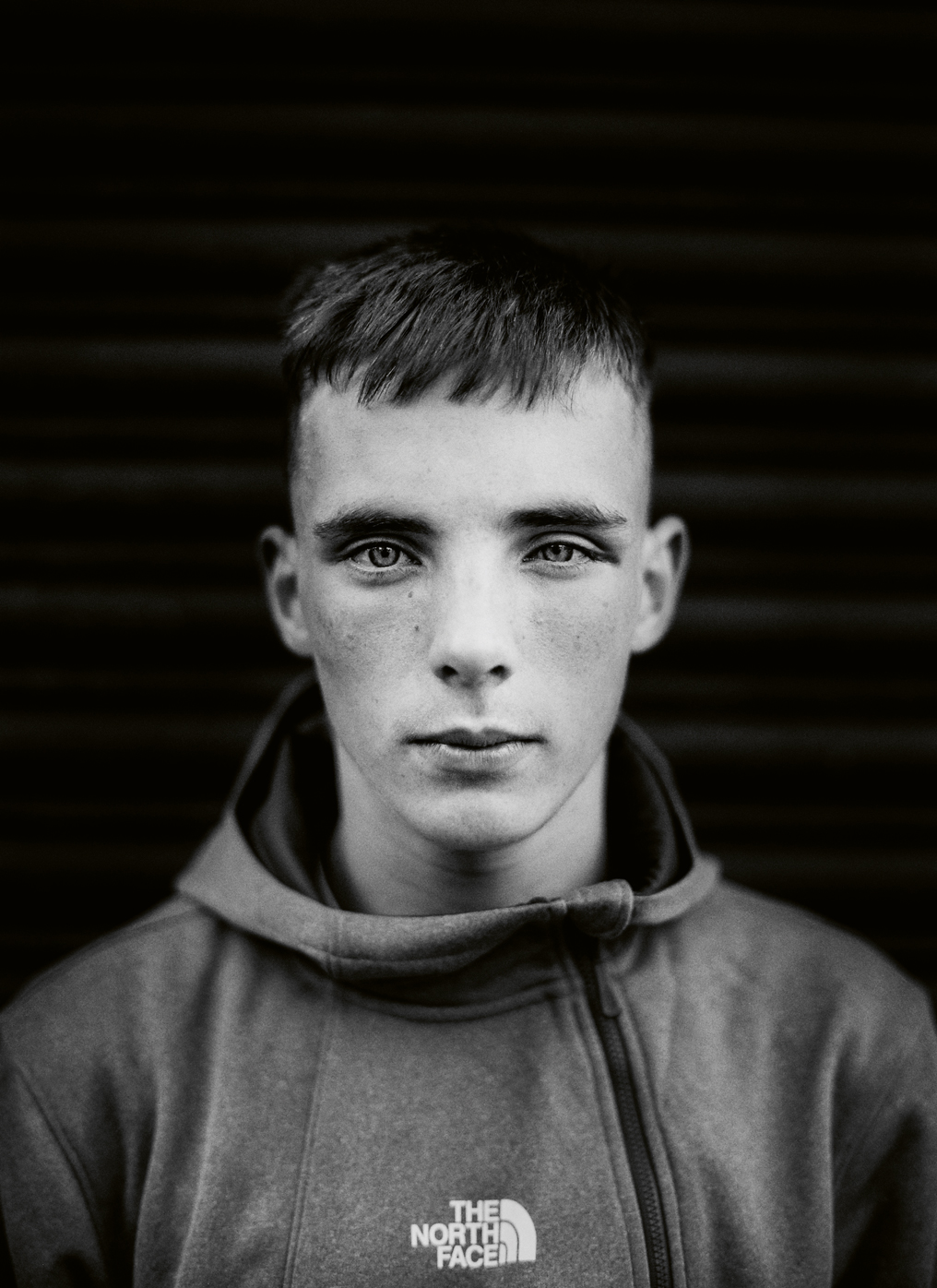 “The longer I was there, the harder it was to understand this conflict. The writer Paul McVeigh, who wrote the introduction to my book, said it took him a long time to understand that he has much more in common with Protestants who lived through the Troubles than with Catholics from the Republic.

“And I can see that. I told them, ‘You have the same clothes, the same haircuts, the same drugs, the same music, the same problems.’ But somehow it doesn’t work. So although the project is split into neighbourhoods that exist side by side, the idea was to show that there is more linking them than separating them.”

This article appears in Huck 69 – The Hedonism Issue in the Huck Shop or subscribe to make sure you never miss another issue.

Linkedin
RELATED ARTICLES
OTHER ARTICLES
Proposals to introduce a minimum GCSE threshold for student loans will disproportionately affect those from marginalised backgrounds.
For decades, an area of East London has served as a community hub for Vietnamese people looking for a taste of home.
Freddie Miller’s new series of photographs investigates who today’s trainspotters are and what drives their unfettered enthusiasm.
Thomas Hoepker‘s images taken during a road trip across America provide a searing social commentary about a divided country.
A new edition of a seminal book brings together iconic images of the band onstage in their full glory and backstage in moments of unguarded camaraderie.
Whether it's partygate, the climate crisis or the spiralling cost of living, the fightback begins on the picket lines writes Tommy Vickerstaff