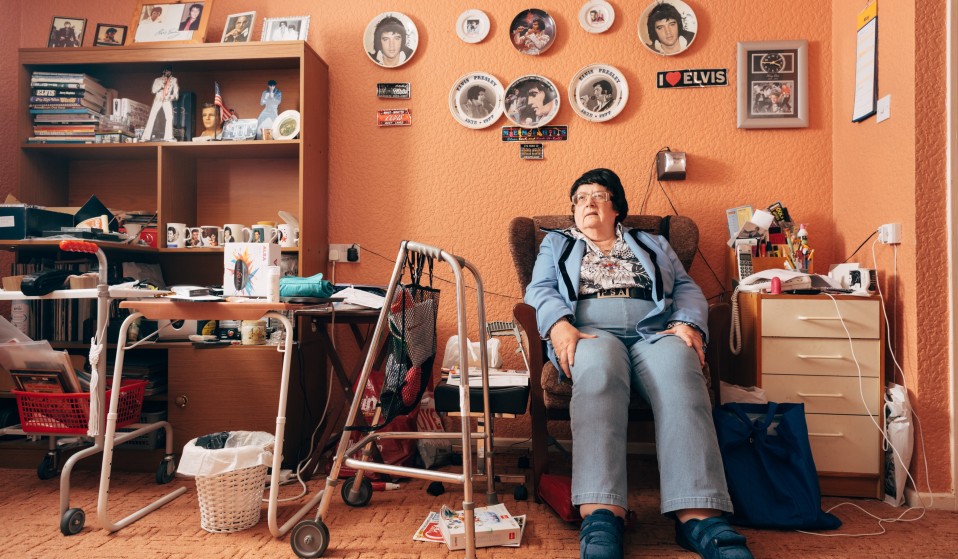 After talking to residents of some of the UK’s most neglected communities, Paul Sng shares their stories in an ethnographic photography book: ‘It's about amplifying unheard voices and enabling people to tell their stories directly.’

After talking to residents of some of the UK’s most neglected communities, Paul Sng shares their stories in an ethnographic photography book: ‘It's about amplifying unheard voices and enabling people to tell their stories directly.’

Invisible Britain: Portraits is an upcoming ethnographic photography book featuring people from across the UK who’ve suffered at the hands of austerity politics, cuts to public services, unemployment and de-industrialisation.

The collection of images, edited by Paul Sng and co-curated by Chloe Juno and Laura Dicken, work together to evoke a powerful sense of resistance and stoicism in the face of adversity.

Accompanying each portrait is the story of the subject told in their own words – a detail which Sng saw as vital. “One of the things I wanted to make sure of was that each individual was able to speak for themselves,” he tells Huck. “Myself or the photographer would ask some questions about the state of the country but then also we’d look a bit deeper into their own situation. The main guiding point of it was to show that there is hope out there, and that people that are often very capable of organising on a grassroots level to deal with things that maybe politicians are unable or refuse to get involved in.” 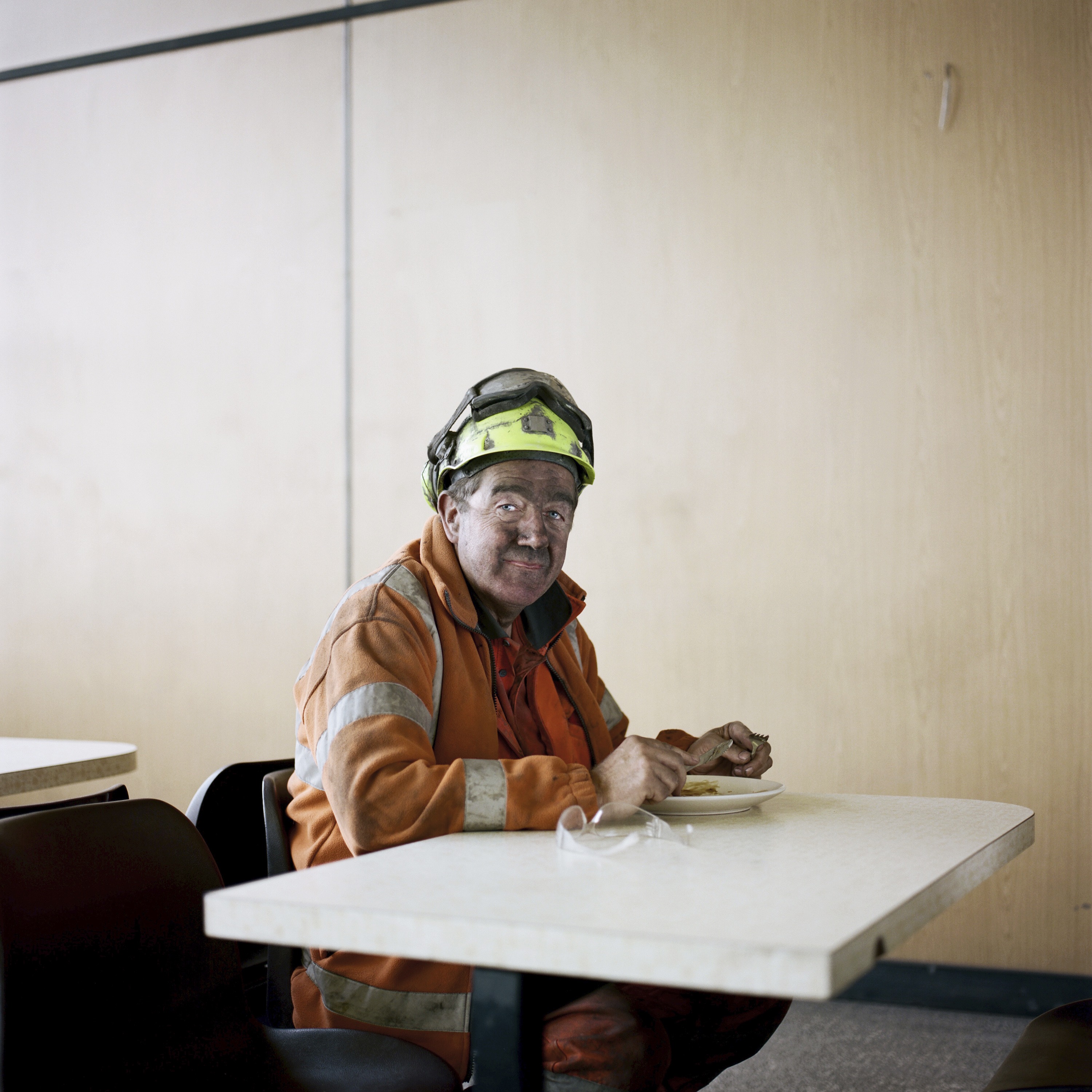 Sng’s 2017 documentary Dispossession: The Great Housing Swindle covers similar ground as it speaks to residents across the UK about the worrying shortage of social housing. But Sng says the idea for Invisible Britain: Portraits came in the run-up to the 2015 general election. He was shooting a documentary following Nottingham band Sleaford Mods on a tour of the UK, visiting some of the most neglected and forgotten pockets of the country. In each location, they spoke to local communities and residents about how austerity had impacted their lives and how, if at all, they could resist these forces.

“A lot of the people that we were meeting, rather than being kind of beaten down by it, were organising their communities and resisting,” he recalls. “In mining communities, for example, there was the organising of the campaign for an Orgreave inquiry. After the [Dispossession] came out I started thinking about a photography book that would actually tell the stories of some of the people we met, stories of people finding hope among these situations that were in some ways, quite hopeless.”

Sng sees Invisible Britain: Portraits as a means of countering the often negative and stereotypical narratives in the press of council estate residents, benefit claimants, refugees and other minority groups. By providing these individuals with a platform to tell their own stories directly, he hopes to help break down the stigmatisation of these groups. 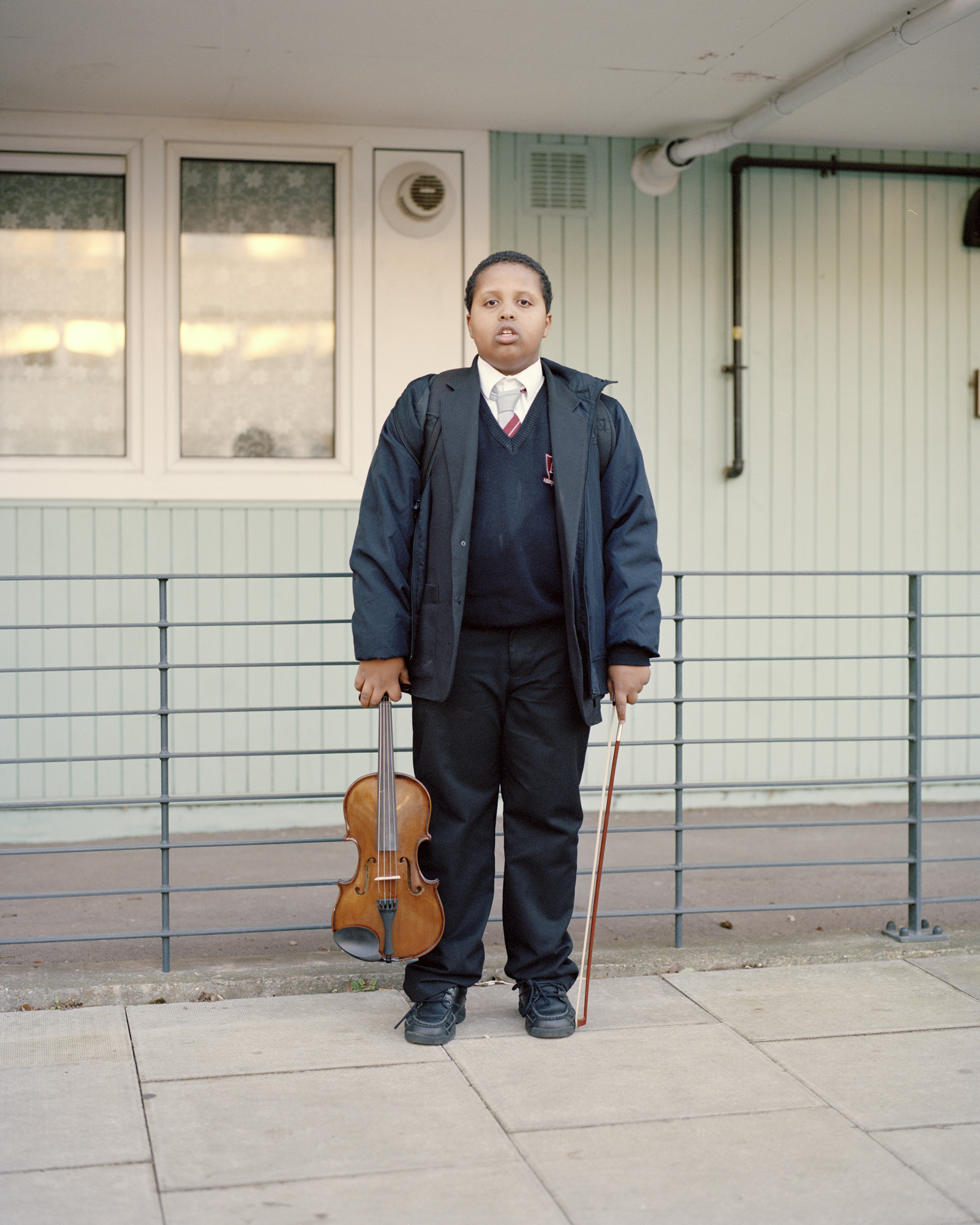 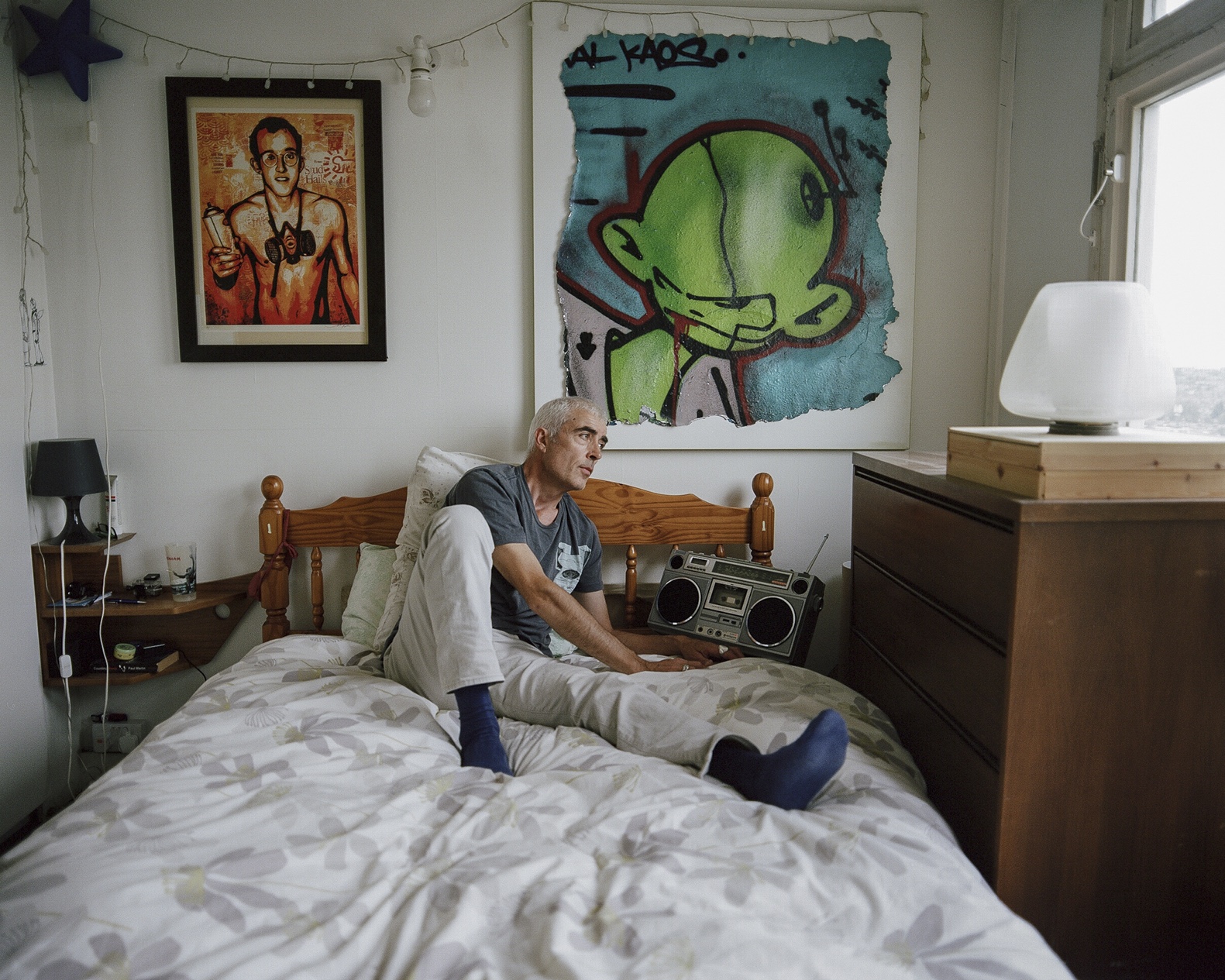 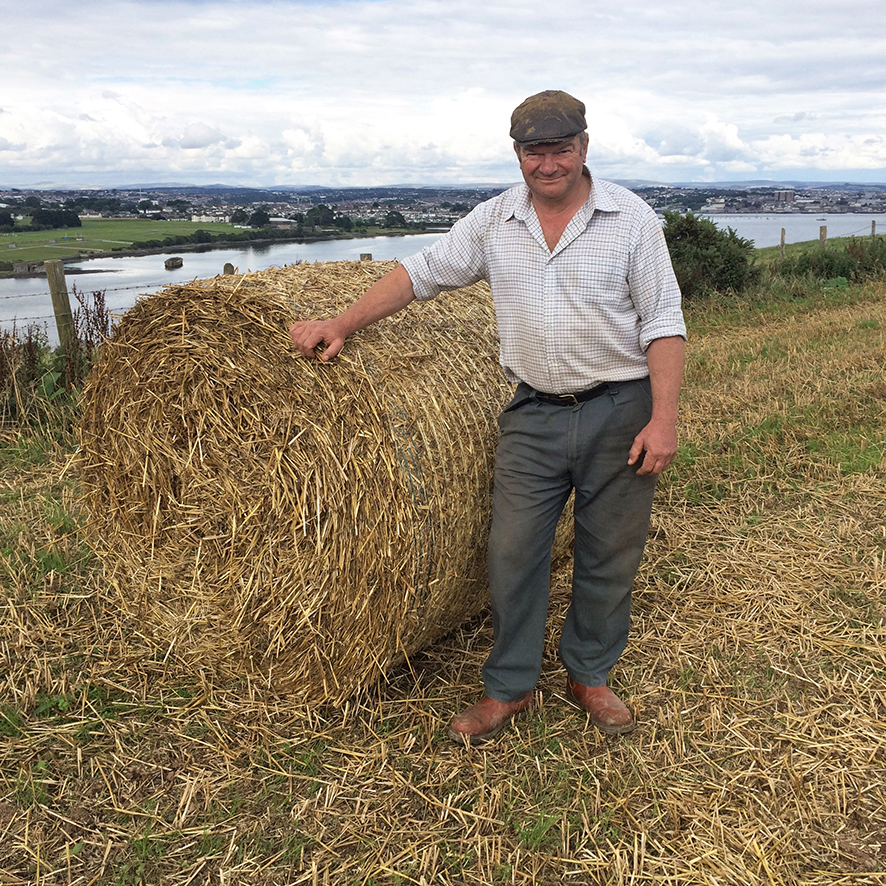 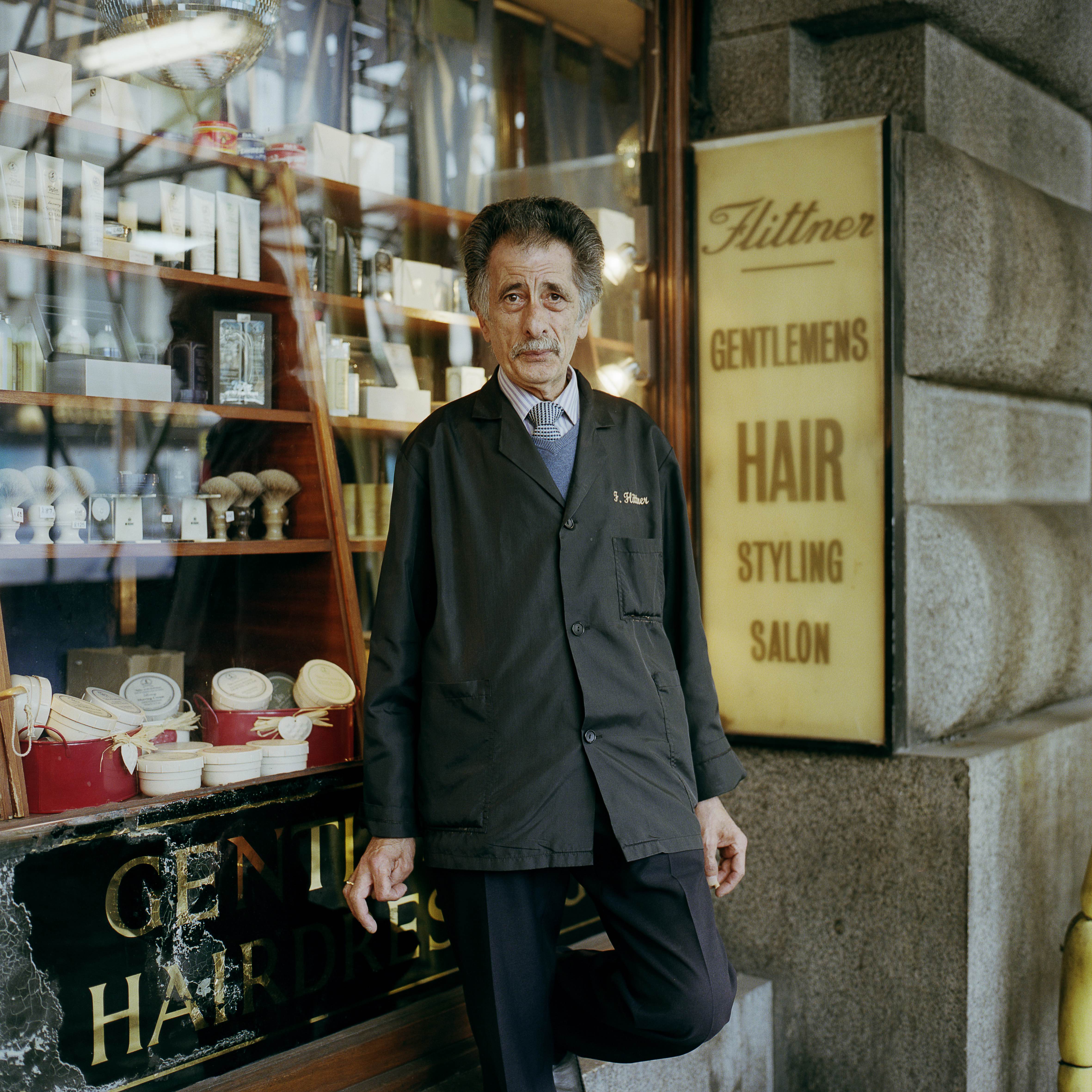 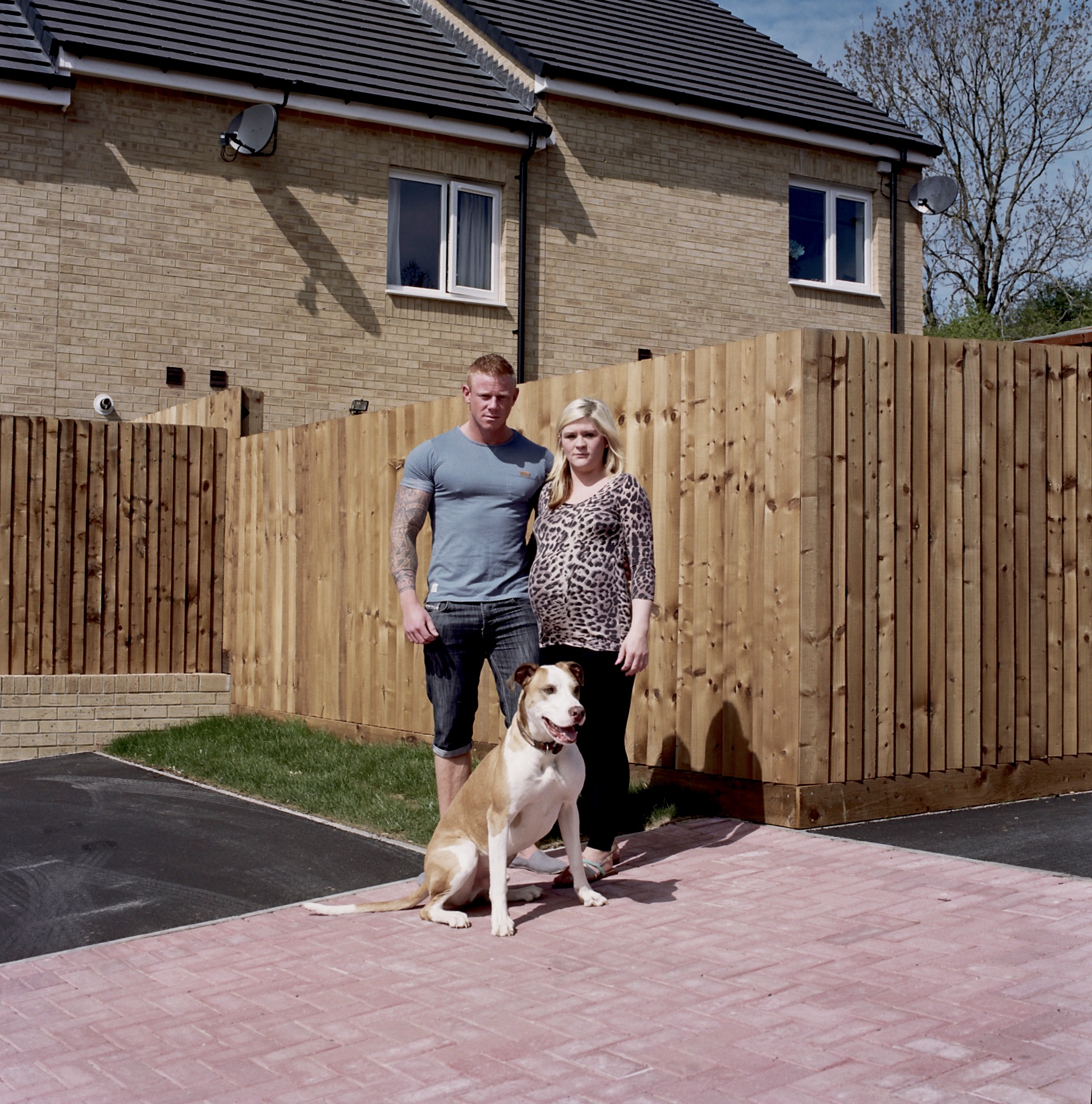 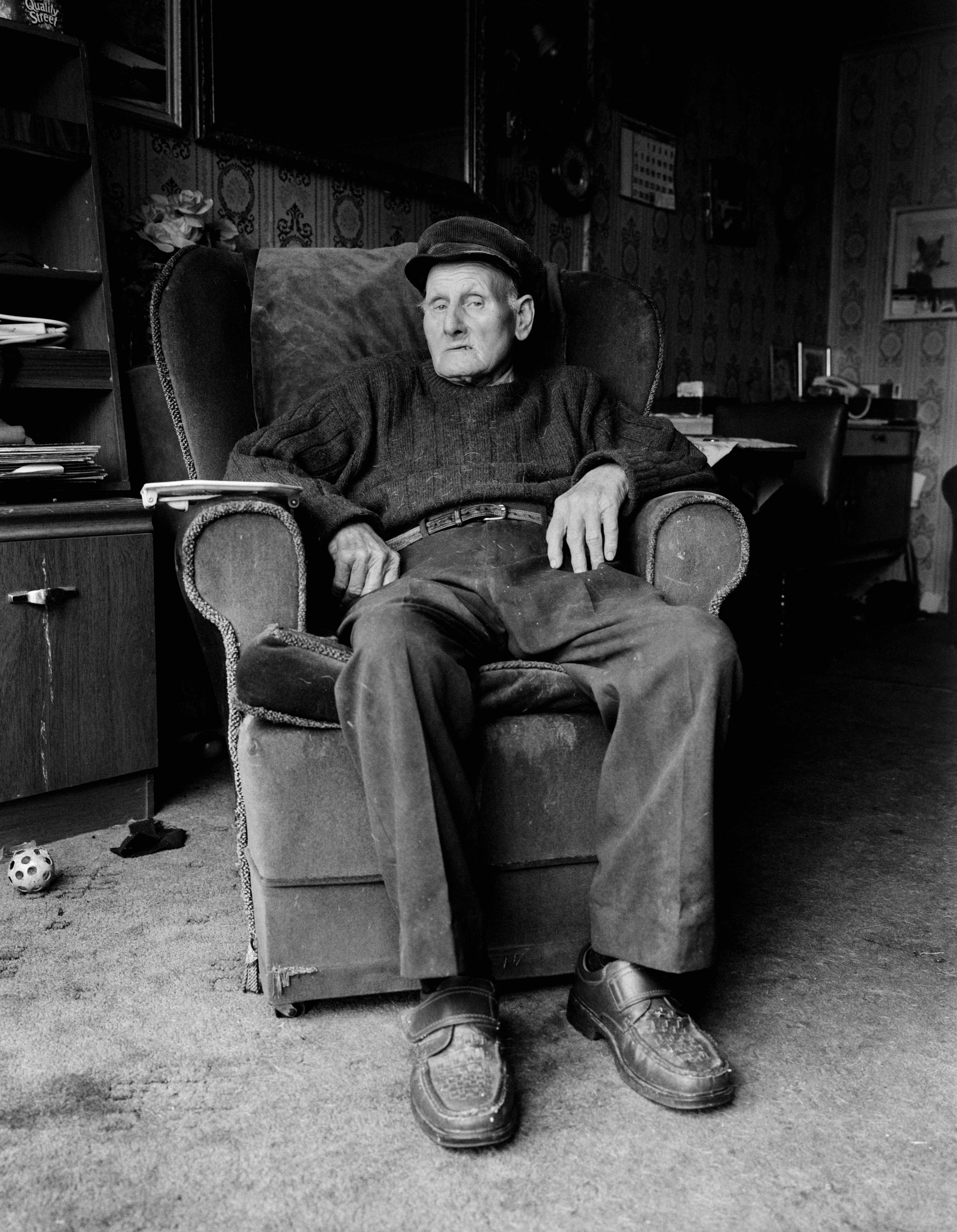 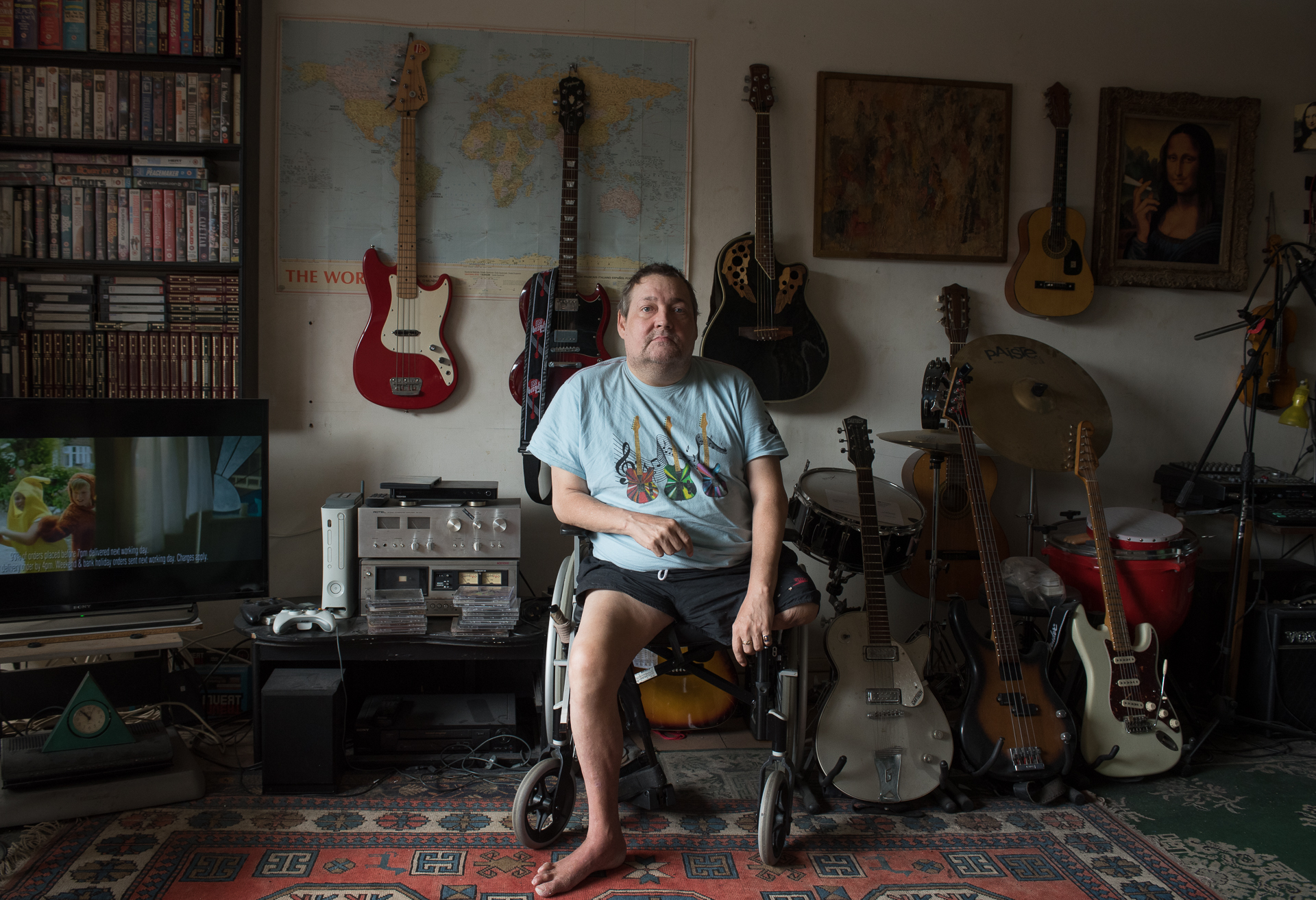 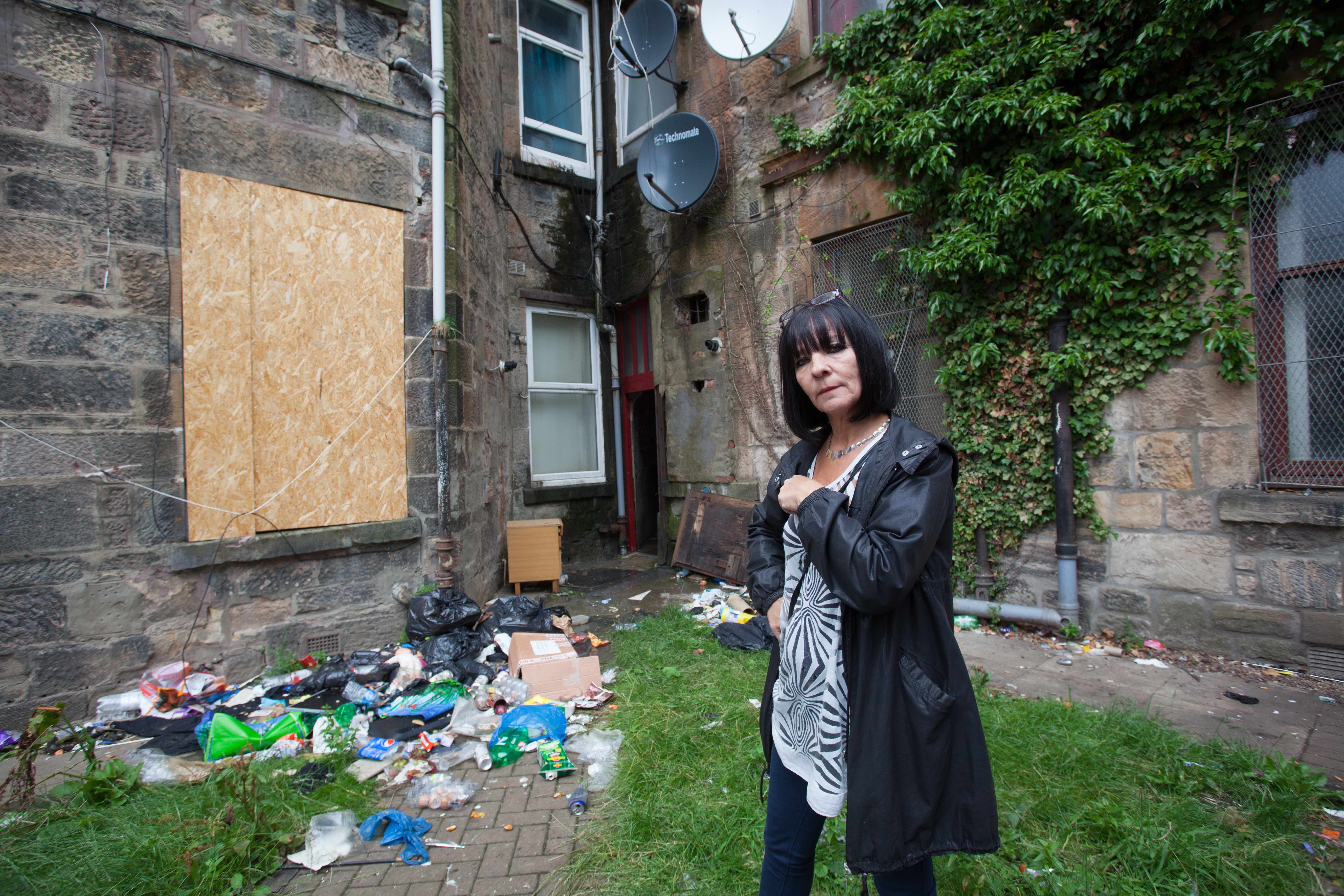 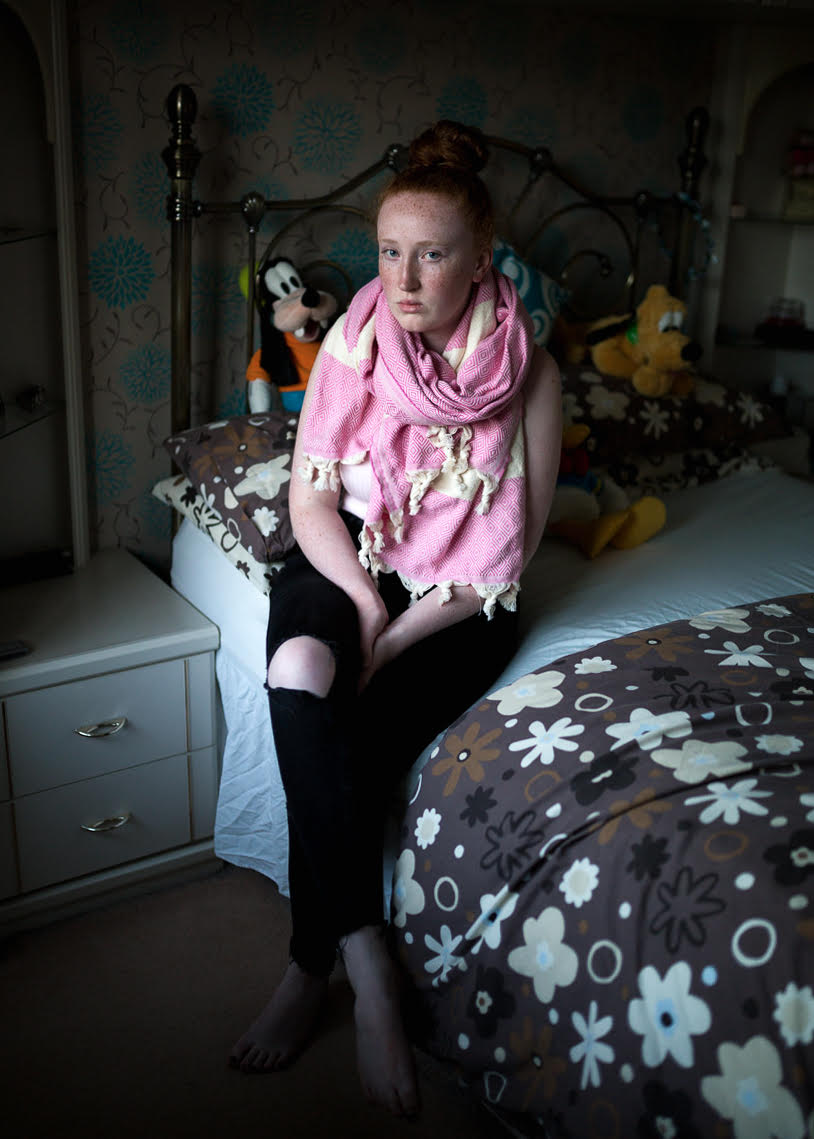 Invisible Britain: Portraits is supported by The Young Foundation, a charity that tackles major social challenges by working alongside communities, using the tools of research and social innovation and team has launched a crowdfunding campaign to help fund the book’s publication which is due in late 2018.

Linkedin
RELATED ARTICLES
OTHER ARTICLES
Yesterday thousands gathered outside Buckingham Palace after news of the Queen’s death broke.
As the Scottish government announces a rent freeze, an activist with Living Rent who fought and won shares how they did it, and what must come next.
In his 2008 series, the photographer pictured himself as Angela Davis, Martin Luther King Jr., Malcolm X, and other prominent figures.
With skyrocketing rents, packed out viewings, bidding wars and more, renting in London has never been harder.
Photographer David Corio’s archive offers a glimpse inside a revolutionary era of music and nightlife.
Demonstrators gathered outside of Parliament to voice their concerns about the monarchy and the crackdown on dissent.