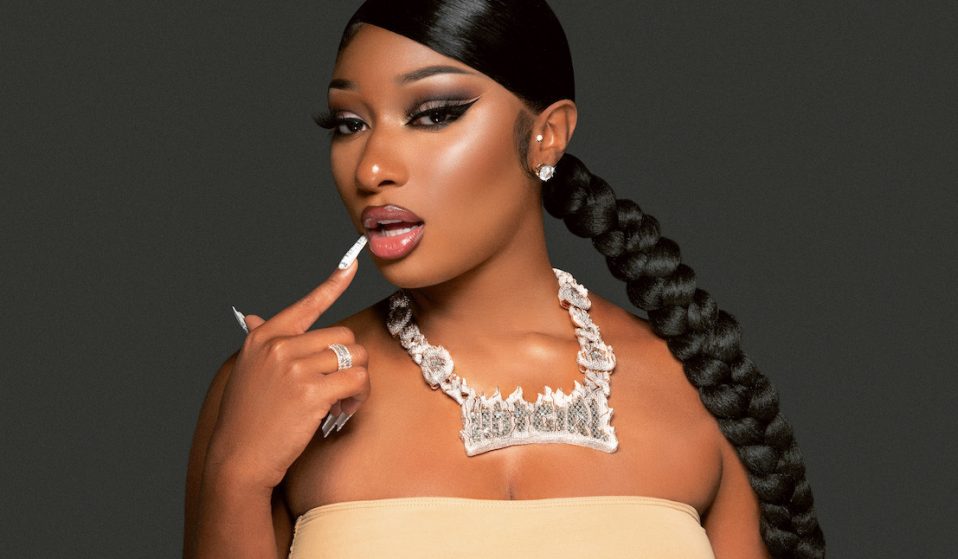 For decades, larger-than-life jewellery has come to define the look of a musical genre.

For decades, larger-than-life jewellery has come to define the look of a musical genre. Now, a new book is delving into its rich, underlying history.

In 1980, Kurtis Blow donned his collection of chains as he posed for the cover of his self-titled album. In that moment, Blow – who was incidentally the first rapper to release a certified gold hip hop single – didn’t just set the bar for hip hop music, he became a pioneer for hip hop style. As Vikki Tobak, author of the new photography book Ice Cold: A Hip-Hop Jewelry History, describes, Blow’s album cover set in motion a trend for bling that would come to define the look of a musical genre.

Blow’s album cover is just one of many iconic moments collected in Tobak’s Ice Cold, which chronicles one of the genre’s greatest subcultures. Portraits of hip hop heavy weights such as Run-DMC, Jay-Z, Biggie Small and Cardi B are displayed alongside images of the jewellers who’ve crafted their pieces – among them Jacob the Jeweler, Tito Caicedo, Ben Baller. In the book, Tobak enlists the help of Slick Rick, A$AP Ferg, and LL Cool J to provide personal accounts of their own relationship with jewellery. As Ferg writes, “I look at it like buying a Damien Hirst painting and wearing a Francis Bacon around your neck.” 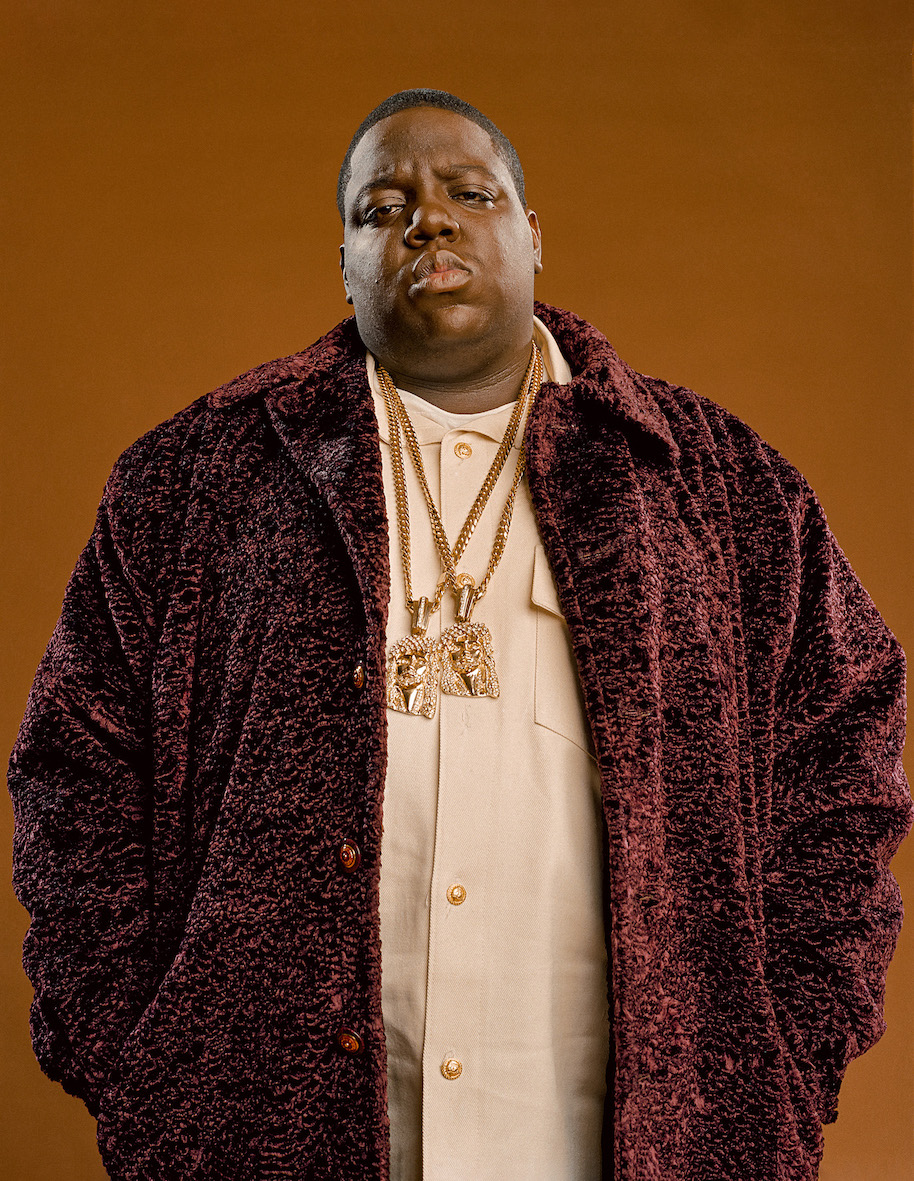 As a young person growing up in the early 90s in Detroit, Tobak saw firsthand the relationship between jewellery and hip hop as it evolved. “Detroit is rooted in black music,” she says, “I started hearing hip hop when I was in high school and fell in love with it.” At age 19, she  packed her bags and left Detroit to settle in New York City where she worked for Payday records and Empire Management which represented talent like Jay-Z, Mos Def and Gang Starr.

Though the harshest critics might claim that these jewels are just a flashy display of wealth, Tobak strongly disagrees. “I think the common misconception is that it’s just conspicuous consumption,” she says. “Bling has an underlying history of race, politics, culture… a long span and reach of fashioning identity, of power, of prestige, nationhood. Hip hop used its jewellery to express brotherhood and allegiance through the label chain. You can’t separate out hip hop jewellery from Black culture and the history of the African diaspora. I wanted to make sure that all of that was present in the book. And that’s why the book has so much writing.” 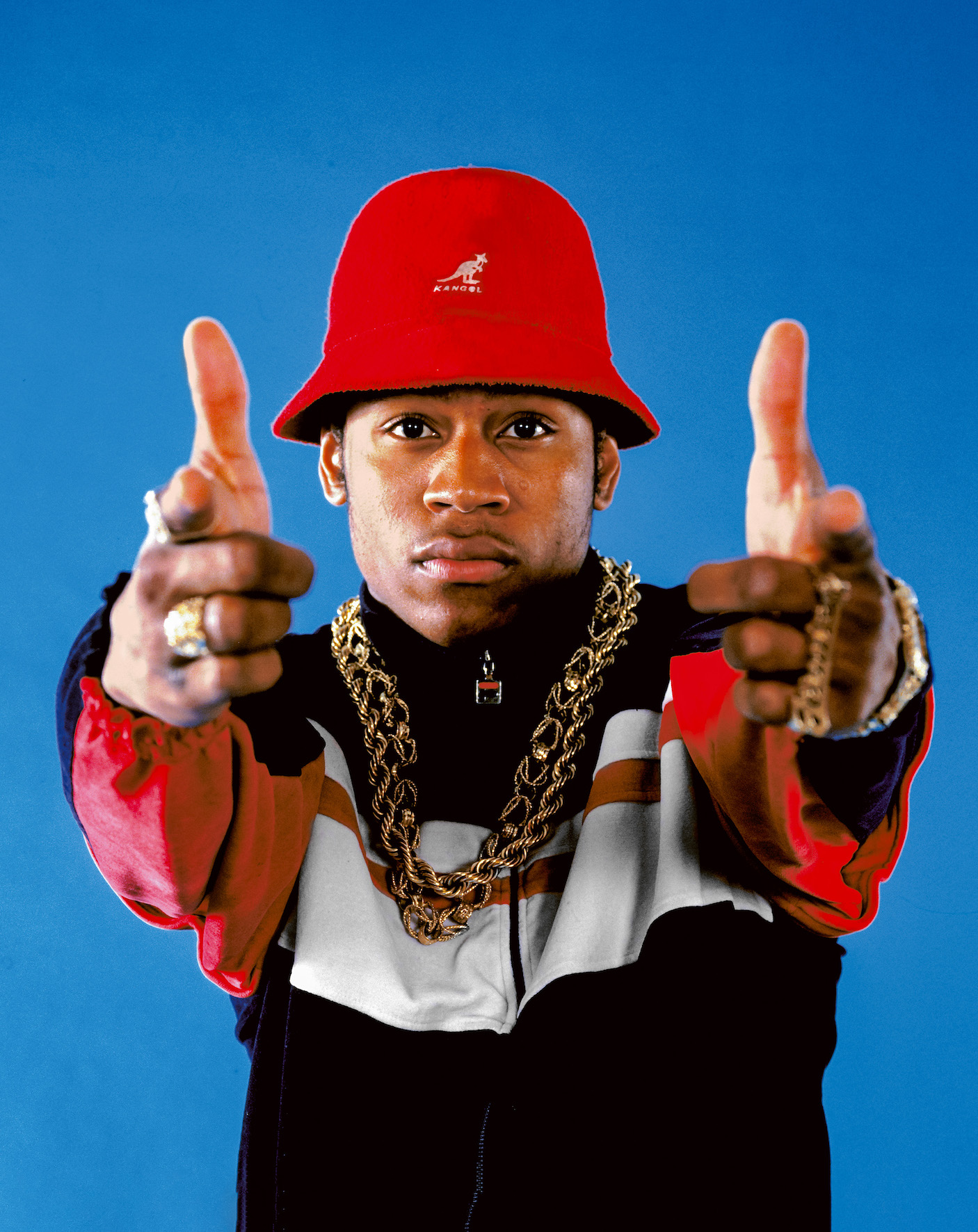 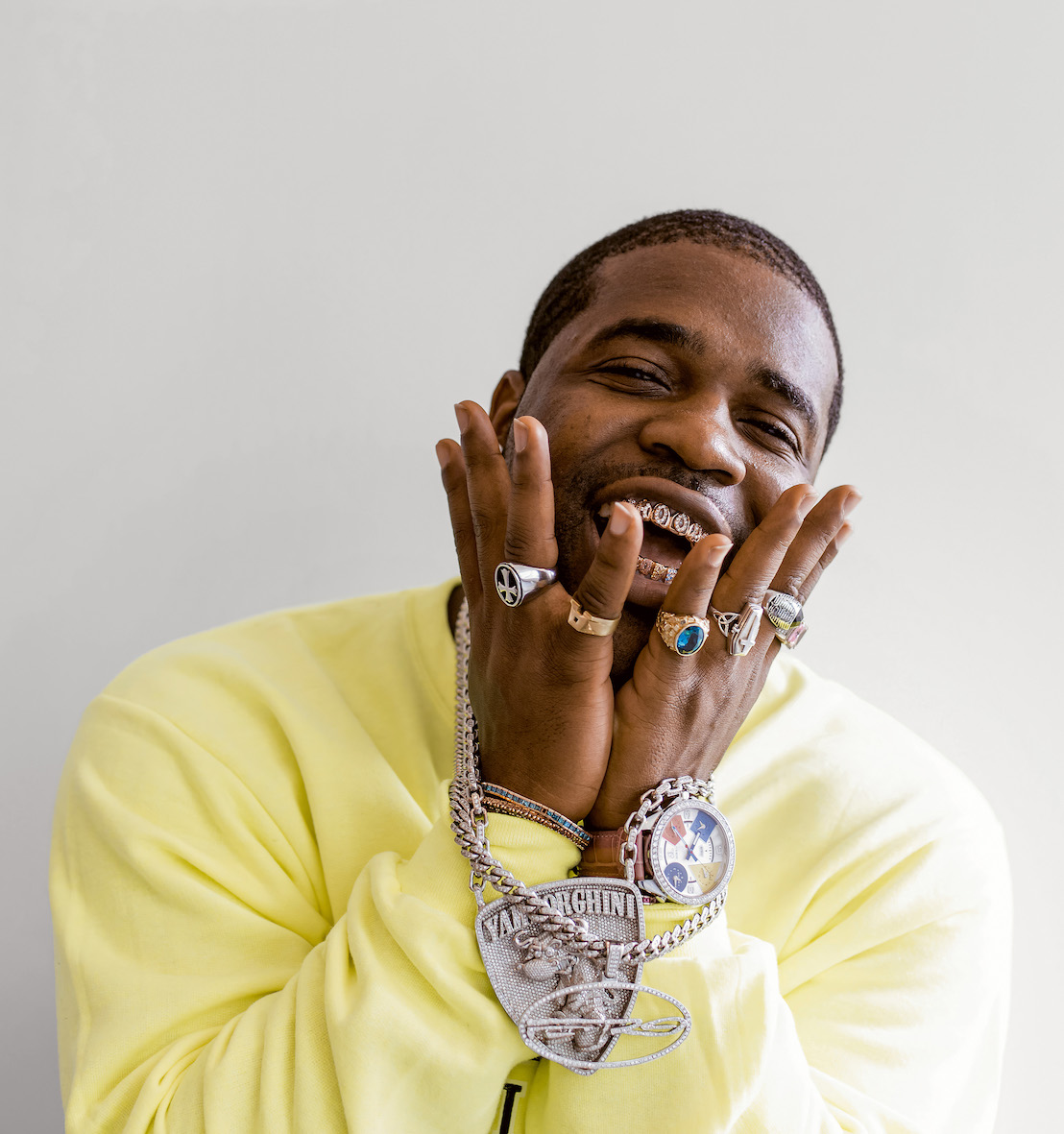 When asked about a favourite bling moment, Tobak immediately says the Notorious B.I.G. (Biggie Smalls or Biggie) and his iconic Jesus figure – crafted by legendary jeweller Tito Caicedo – which later fell into the hands of Jay Z. “Biggie’s Jesus piece set off a trend in hip-hop that is now a staple look for artists,” Tobak explains in one of the captions of the book. In Ice Cold, Tobak references a passage written in Jay-Z’s book Decoded which highlights the necklace’s enduring appeal.“The chain was a Jesus piece – the Jesus piece that Biggie used to wear, in fact. It’s part of my ritual when I record an album: I wear the Jesus piece and let my hair grow till I’m done.”

Other iconic examples include LL Cool J’s chunky gold rings and Big Daddy Kane’s thick rope chains. And no history of bling would be complete without a reflection on Eddie Plein, the man credited with inventing grills in his Brooklyn basement. Plein – a Surinamese immigrant who initially registered for dental school – would go onto open his own store, Famous Eddies, in Queens, and later Atlanta, creating custom looks for the likes of Flavor Flave, Jay Z, Nas and many, many more. 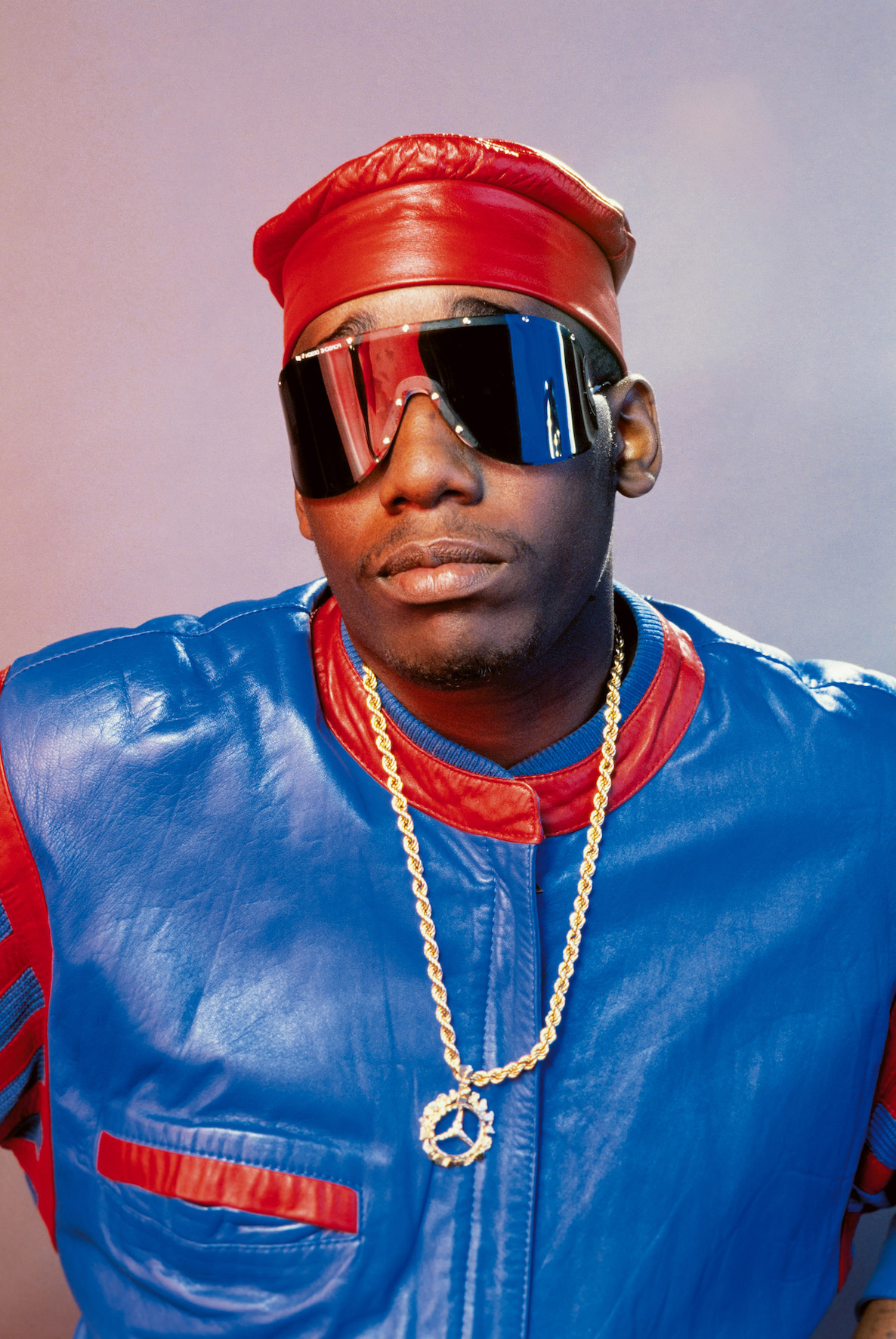 “When I was doing my research on the jewellers themselves, I realised that pretty much all of them were immigrants or children of immigrants, whether it was the Canal Street jewellers or the Diamond District who are mostly former Soviet Union or Ben Baller who’s Korean American or Jules Kim,” says Tobak. “And I think that’s notable because that spirit of hustle, of inventing yourself, of stating your identity in a place that’s not set up automatically give you that identity – it’s something that hip hop and jewellers share. I think that’s why certain jewellers cater to that world. I think they recognise that in each other.”

Today, this jewellery is taking on new forms. Ghostface from Wu Tang Clan, for example, recently melted down his oversized eagle bracelet by Jason of Beverly Hills and transformed it into an NFT coin. For some, this might seem like sacrilege, but it speak to hip hop’s ever-evolving – and seemingly unshakeable – love affair with bling. As Slick Rick wrote in the foreword, “My jewels are my superhero suit, an extension of my beautiful brown skin.” 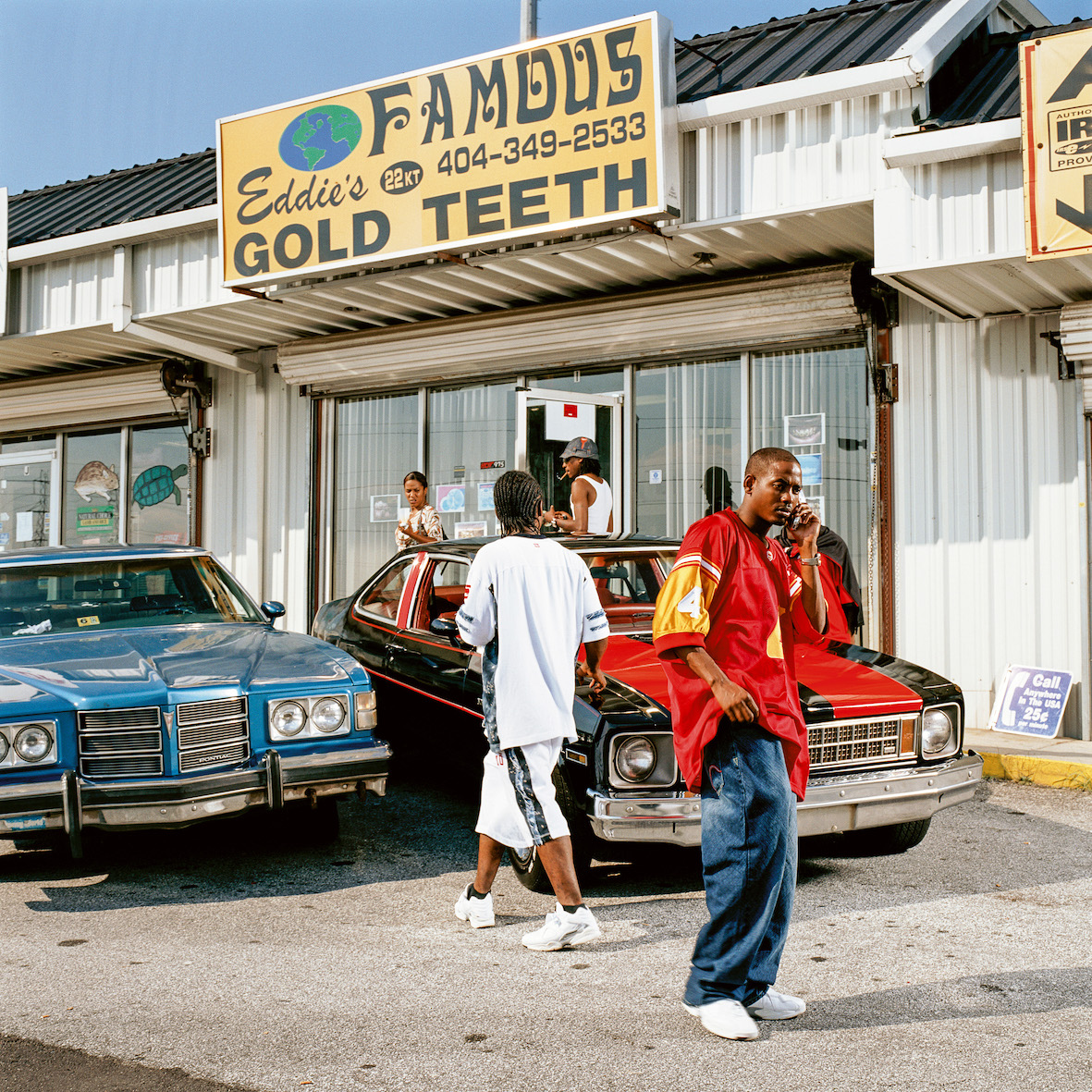 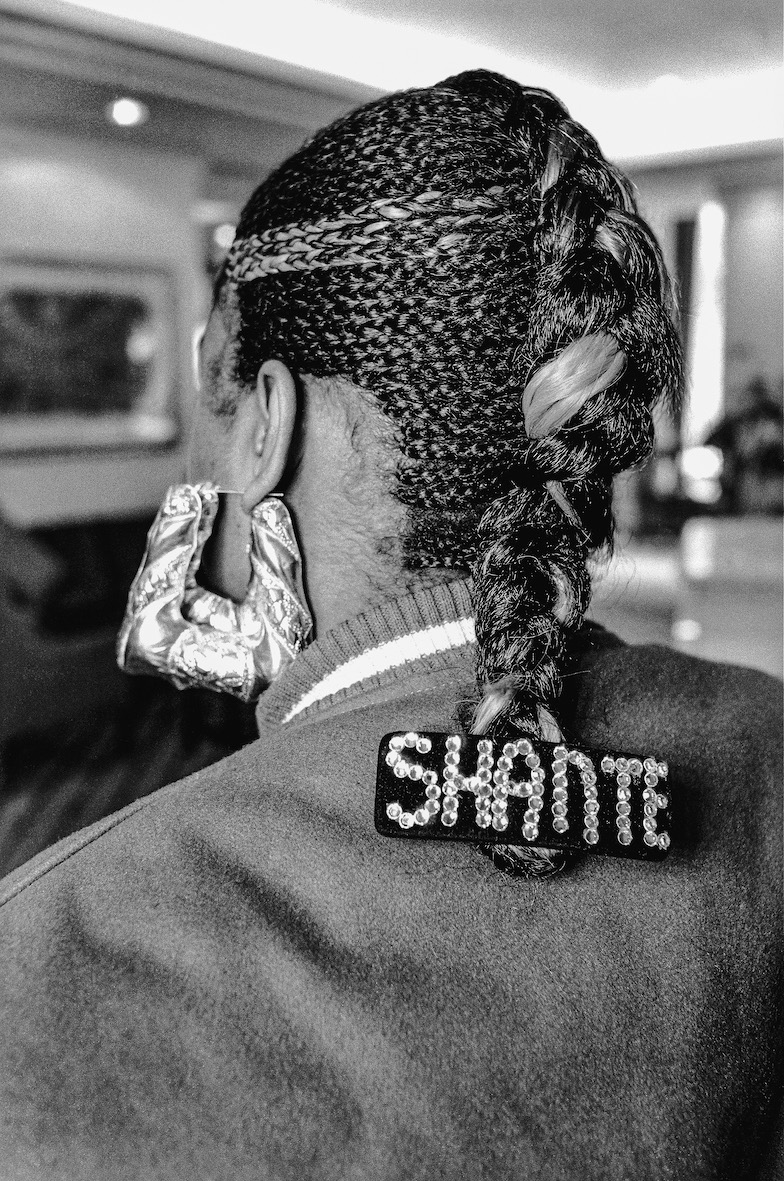 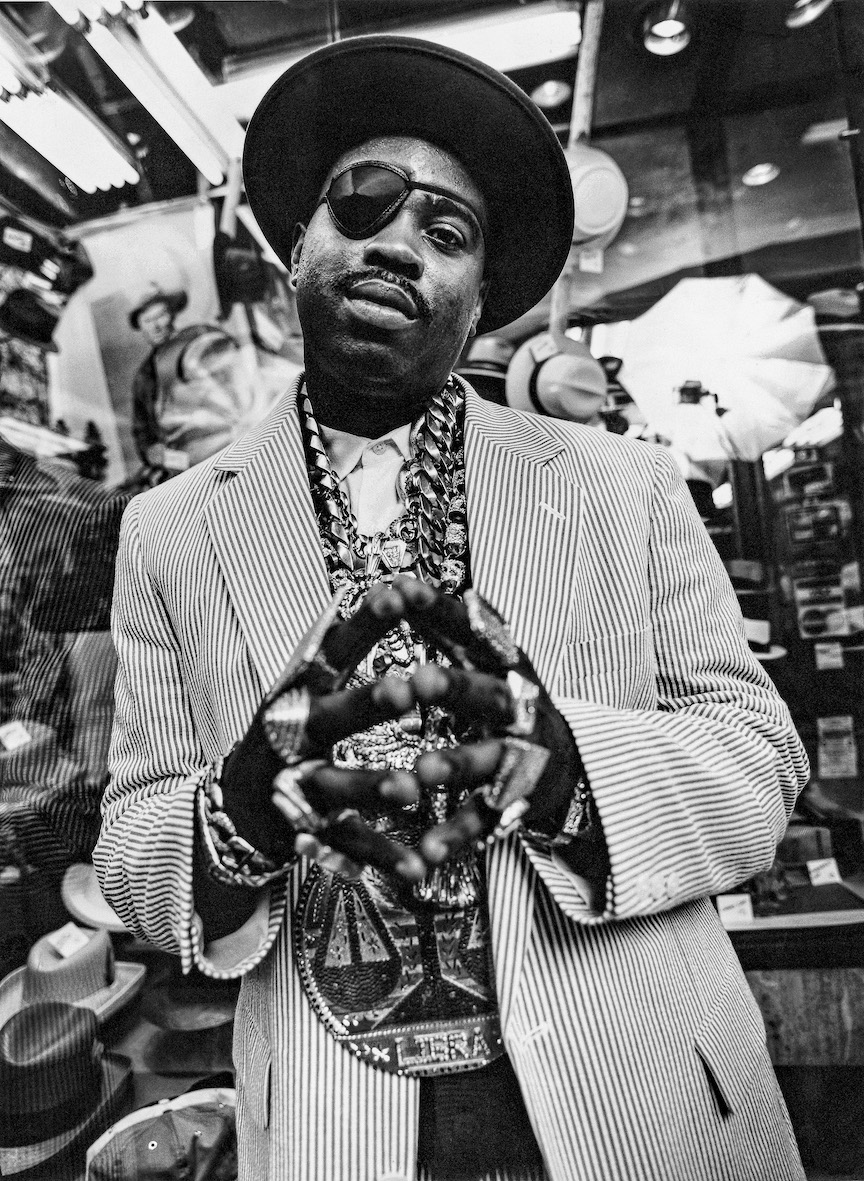 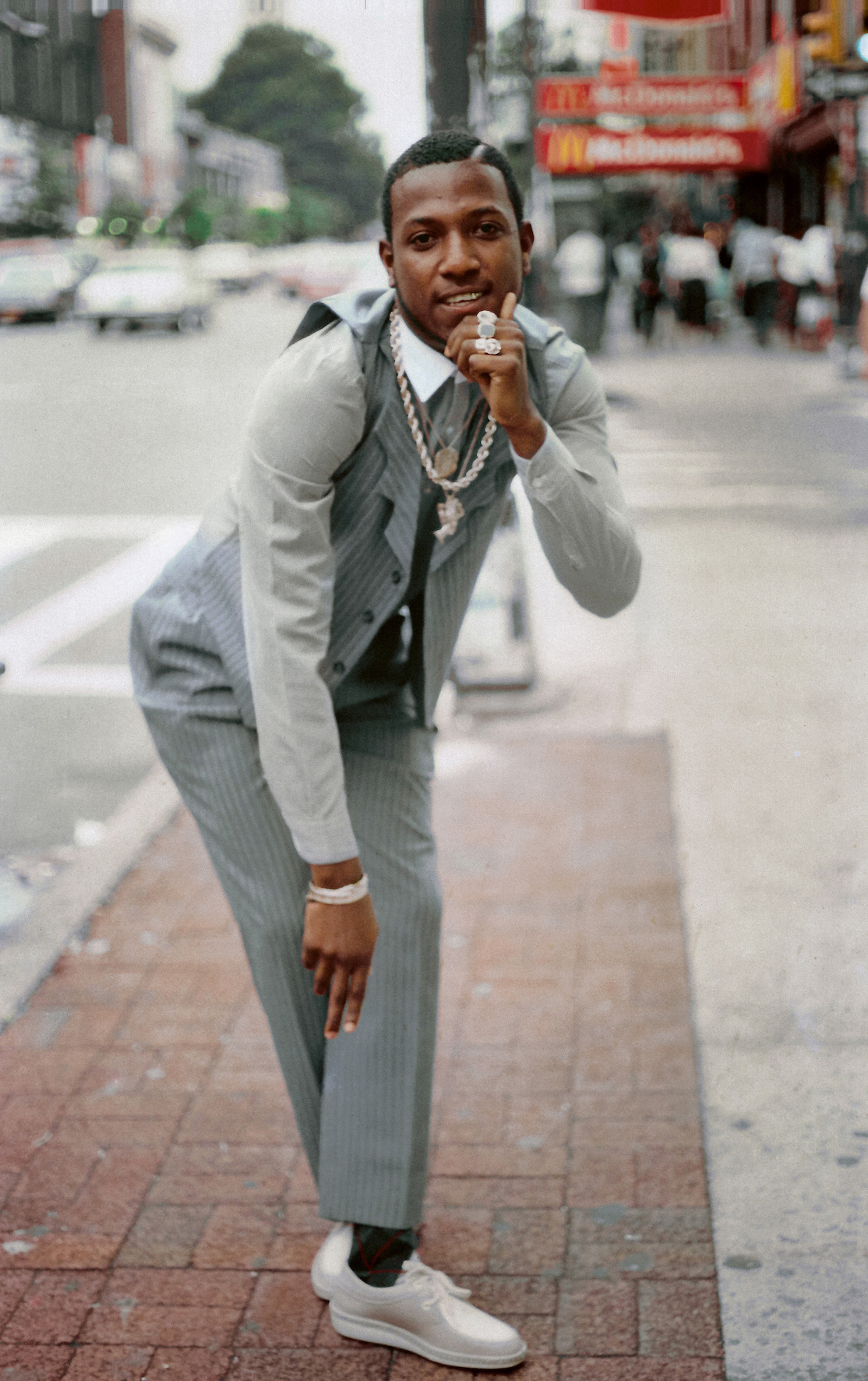 Ice Cold: A Hip-Hop Jewelry History is out now on Taschen.

Linkedin
OTHER ARTICLES
After a devastating fire, creatives in the city are coming together to call for more affordable workspaces.
A new exhibition brings together 150 works by twelve photographers, offering mesmerising and intimate depictions of life.
The photographer reflects on a decade which saw the rise of MTV and the flourishing of new genres.
The hate Just Stop Oil faced after throwing soup over a Van Gough painting has been immense. Here, they explain why it won’t deter them.
Planet Ardbeg is a 40-page sci-fi anthology created by three cutting-edge artists.
Jamel Shabazz’s photos honour those who were lost and those who survived one of the most brutal eras in recent history.