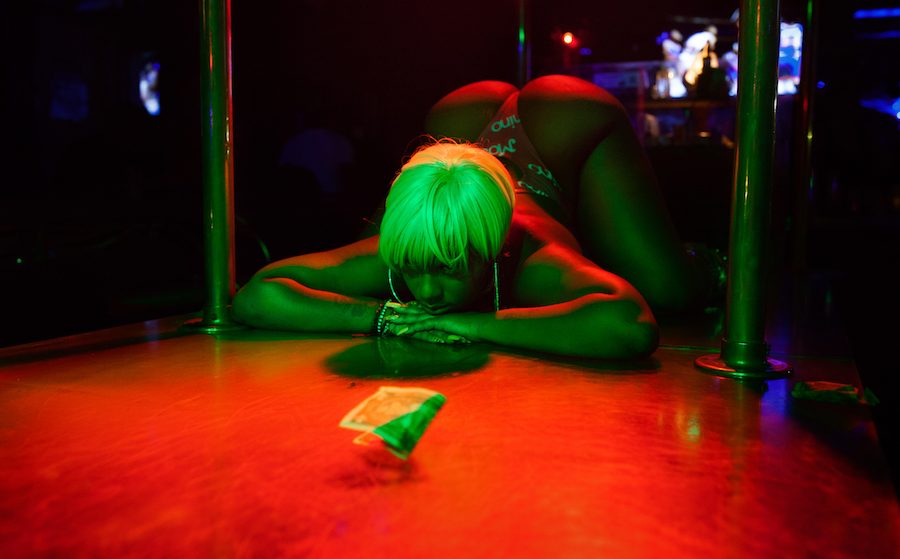 Photographer Elizabeth Waterman discusses her project documenting sex workers across the US and Mexico.

Photographer Elizabeth Waterman discusses her project documenting strip clubs across the US and Mexico, and how she managed to create an authentic portrayal of sex workers.

When photographer Elizabeth Waterman decided to embark on a project documenting strippers, she knew it wouldn’t be easy. While certainly no stranger to New York nightlife – she’d just finish working on a project photographing the city’s drag scene, which often entailed staying out till 6am – strippers presented a different challenge. “You can’t really photograph them,” Waterman explains. “They’re secretive.”

Waterman considered becoming a stripper herself to gain access to the scene, but that idea was quickly abandoned. “It turns out I’m a much better photographer than I am stripper,” she says. 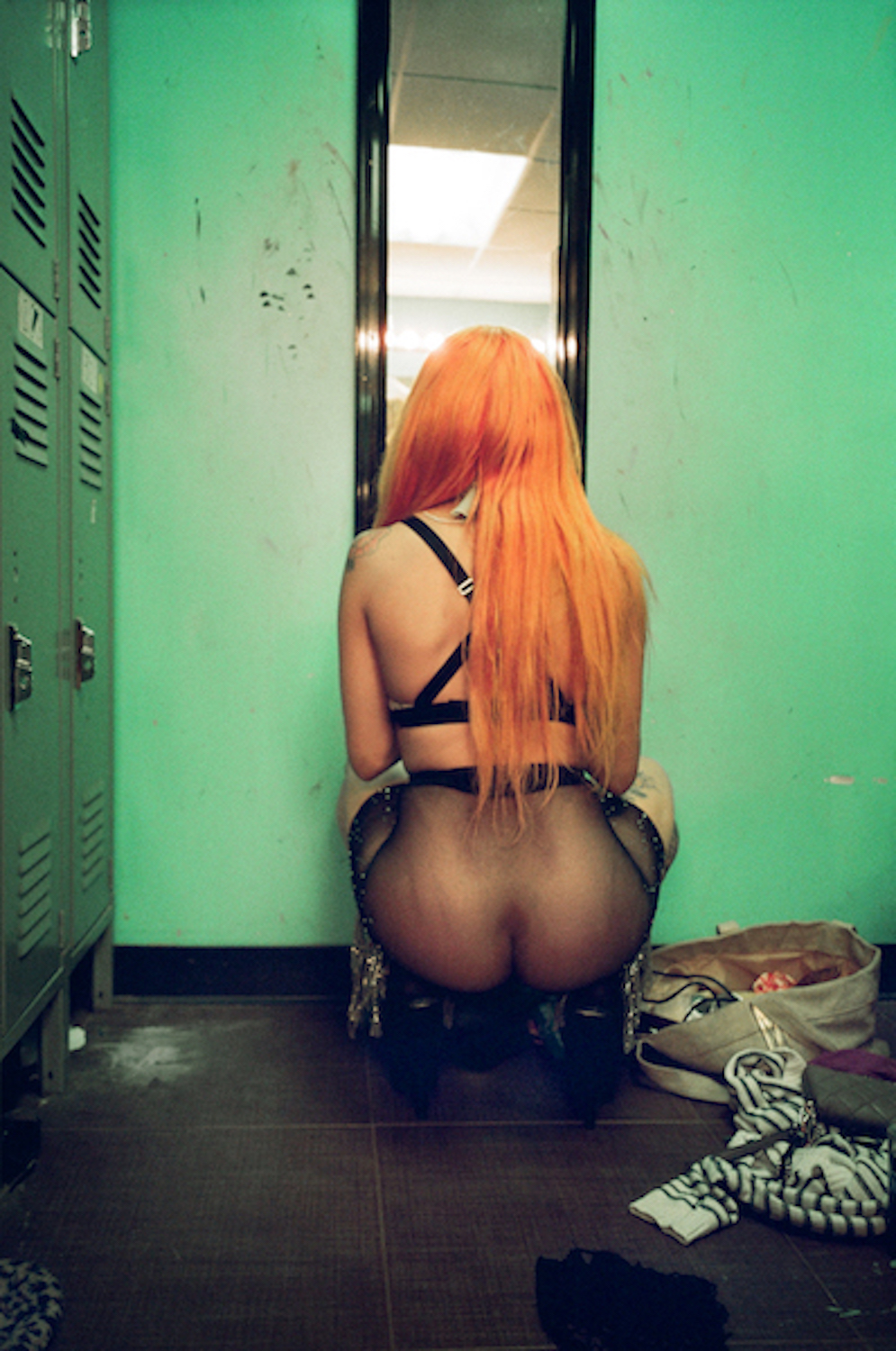 Eventually, the photographer rang up “about 15” strip clubs in the New York area asking whether she’d be permitted to shoot their performers at work. All responded with a resounding ‘no’ – apart from one venue in Queens. When Waterman got herself down to this club she was met with some hostility from dancers who weren’t necessarily willing to be photographed.

“I had to ask everybody’s permission before I even thought about taking a picture,” explains Waterman, “so for months, I was just in the dressing room talking to people. Eventually, I started to get my groove and they trusted me a little, and they saw the pictures I would make. And they liked it.”

Over the next four years, Waterman would photograph performers at 25 strip clubs across Las Vegas, Los Angeles, Miami, New Orleans and New York. In her photos, dancers can be seen swinging on poles, giving lap dances, changing into outfits, and counting their dollars at the end of a long night. These images are now collected in a new book, titled Moneygame (XYZ Books), which celebrates the beauty and athleticism of adult performers, while offering a more compassionate look at sex work. 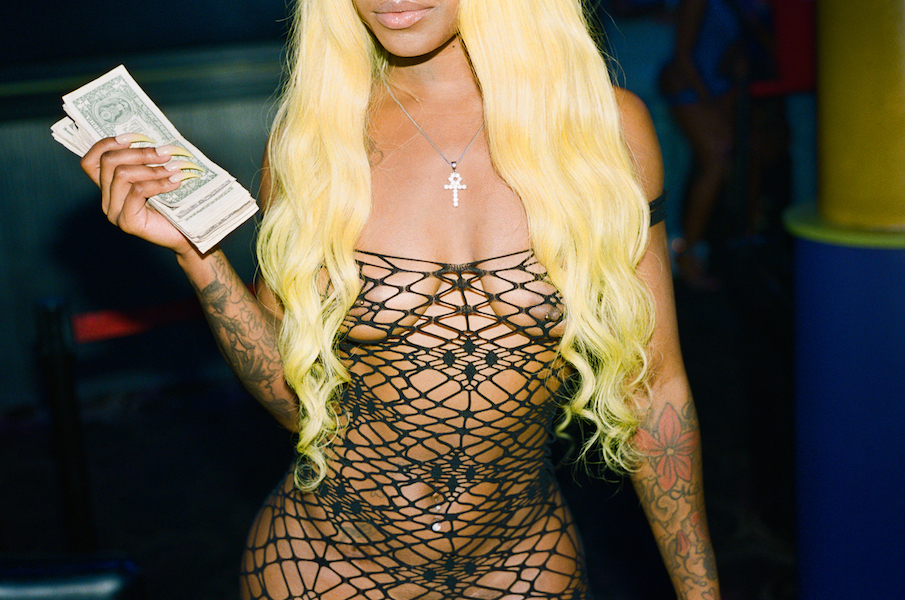 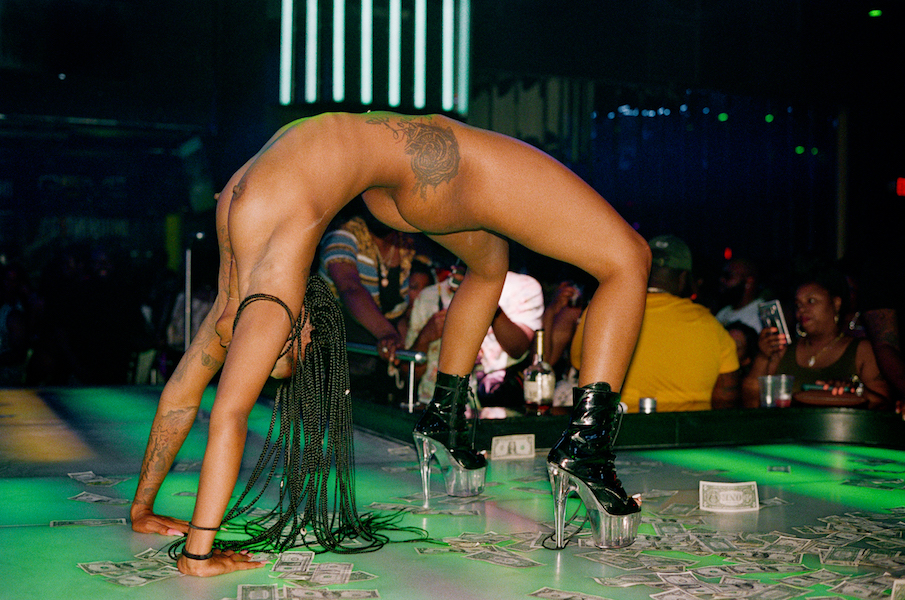 Given that Waterman spent the vast majority of her time working on the project in changing rooms gaining the trust of her subjects, she got to know their stories, and hear their frustrations. Notably, the period over which Waterman created Moneygame saw the introduction of FOSTA-SESTA – a US law intended to curb sex trafficking which has made it more difficult for sex workers to advertise their services online. “It hurt strippers and took away their rights,” she says. “They should absolutely repeal it.”

Other strippers expressed their anger about the  ‘mainstreaming’ of sex work, propelled by the likes of OnlyFans and a handful of celebrities: “The [strippers] I knew who were more activists were not happy about people hawking the stripper image, and things like the Hustlers movie,” says Waterman. “No one’s really giving credit to the strippers.” 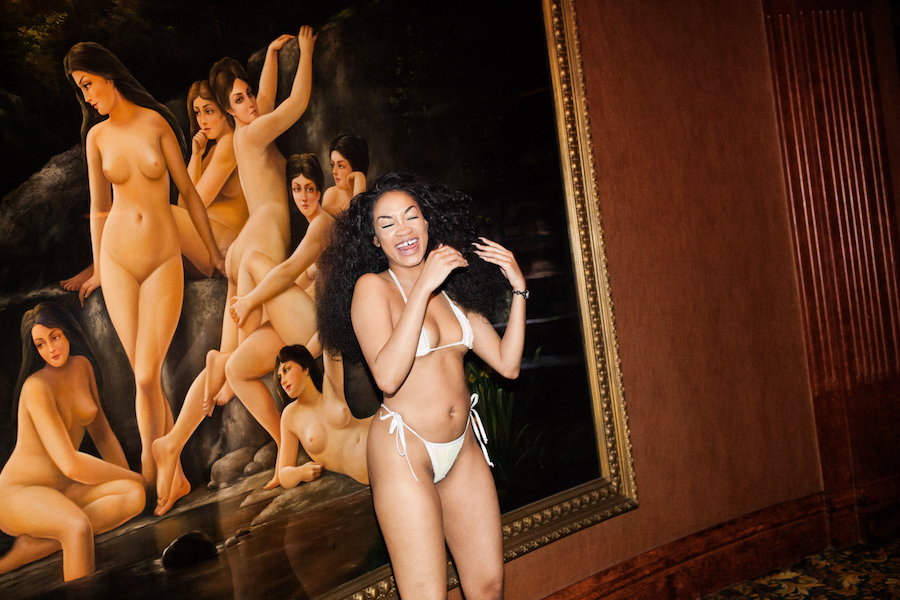 While Waterman says her intention behind the project was less about drawing attention to the struggles strippers face, and more about appreciating their craft, it’s been a welcome outcome of the project. Particularly amid a pandemic that has wreaked havoc on the livelihoods of sex workers and forced many women to abandon stripping altogether.

When asked what she hopes people take away from Moneygame, Waterman responds: “I think that there’s an expression of female sexuality that we have yet to fully celebrate in our culture.

“I know that the industry is not perfect, but there’s no job that’s perfect. I want people to see them as autonomous, independent, and beautiful – like I see them. I want to give a little bit of that stripping spirit to women,” she says. “And, more respect for strippers is something that’s sorely needed.” 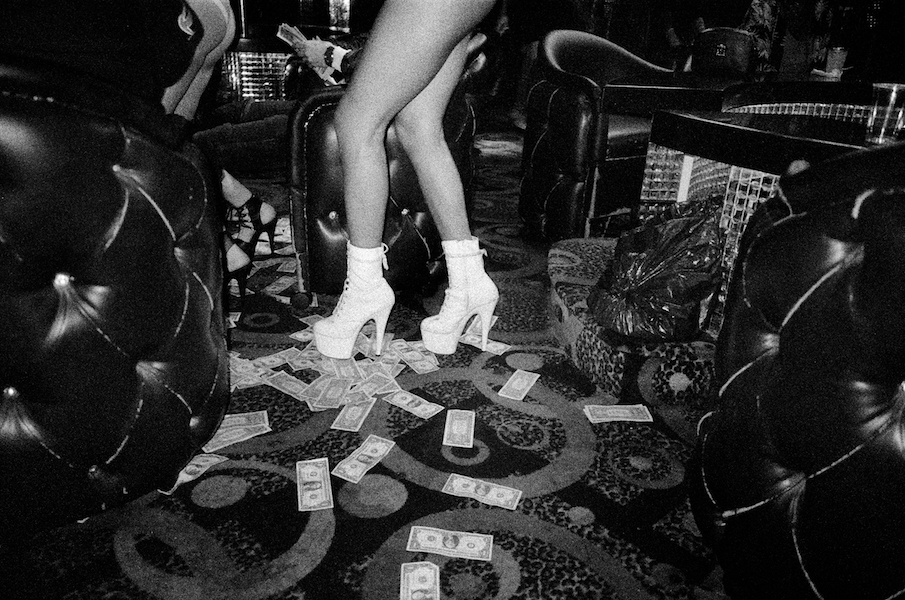 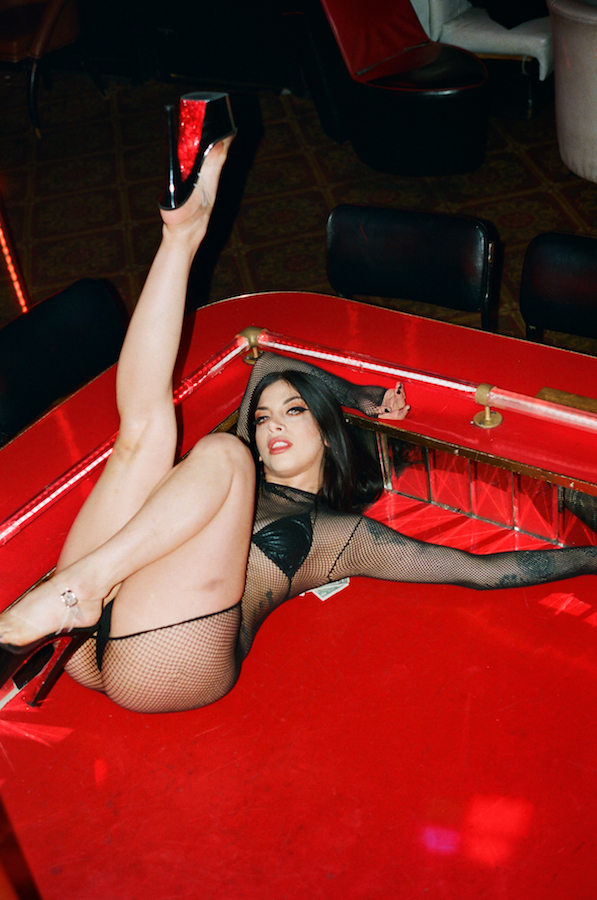 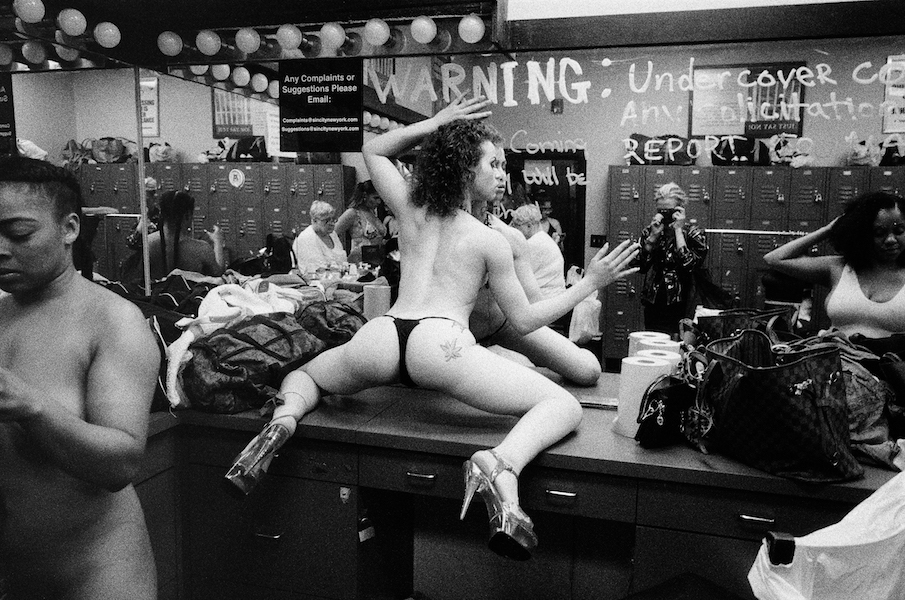 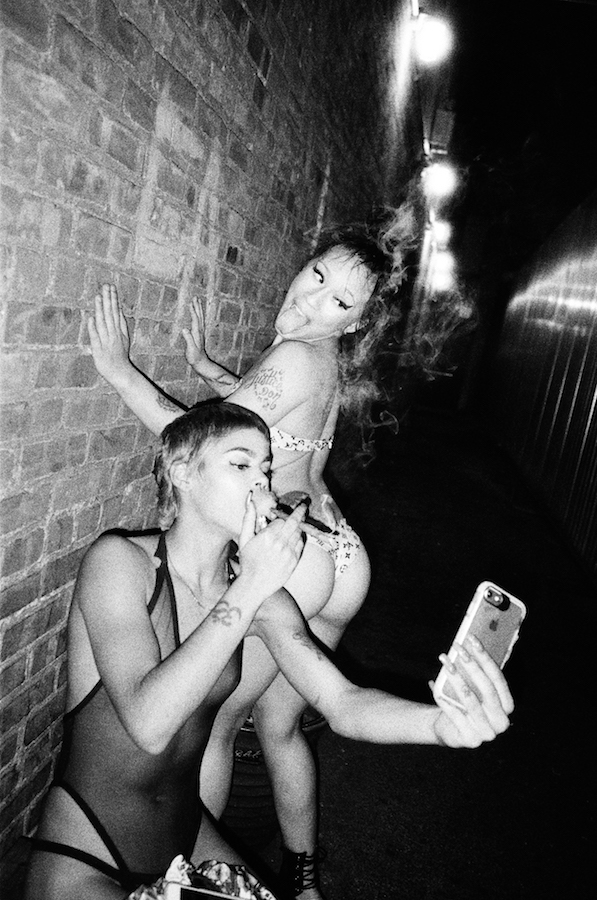 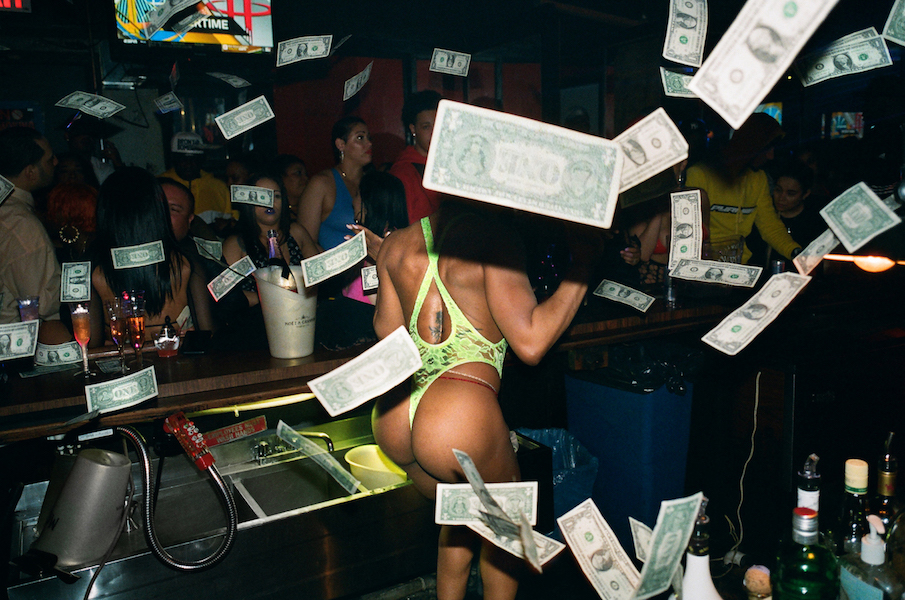 Linkedin
RELATED ARTICLES
OTHER ARTICLES
Photographer Sean Maung reflects on documenting a small town in Pennsylvania afflicted by high levels of unemployment, poverty, violence, crime, and addiction.
Photographer Becky Tyrell went down to the fading banger and stock raceway to meet a community desperate to keep it alive.
AI companies that develop image-generators using copyrighted artwork from the internet are coming under fire from artists who say that it amounts to theft.
At his West Bank restaurant, Fadi Kattan established himself as the voice of modern Palestinian cuisine. Now, he’s bringing his innovative, bold flavours to the UK’s capital.
Filmmaker Laura Poitras discusses her new documentary which traces the remarkable life of the artist-activist and the impact of her battle against the US opioid crisis.
After fleeing the war in Ukraine, people are finding it impossible to secure affordable and decent housing in the UK.