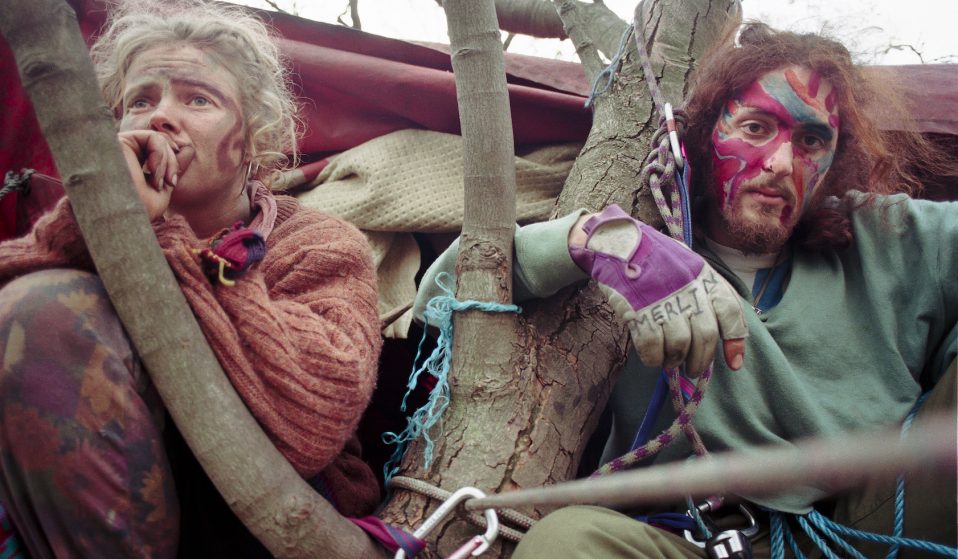 Adrian Fisk recalls documenting the fight in Newbury to prevent the felling of 350 acres of ancient woodland to make a motorway bypass.

Adrian Fisk recalls documenting the fight in Newbury to prevent the felling of 350 acres of pristine ancient woodland to make a motorway bypass.

In the beginning of 1995, while in his final year studying photography at university and solidly in the cold depths of British winter, Adrian Fisk caught wind of a rumour that some people were living in some trees. Intrigued, he grabbed his camera and travelled to the Stanworth Valley in the north of England, where he found members of the ‘No M65’ campaign taking up residence among the leafless canopy.

The group were protesting the proposed construction of an extension of the motorway that would link Preston and Burnley, and in doing so, cut straight through Stanworth Woods – an old growth forest with trees centuries old. Using their mere physical presence, the activists were risking limb and life to protect the wildlife.

“I was completely bawled over by this aerial village,” says Fisk. “I grew up in the wilds of Dartmoor, [so] I had a deep affinity and relationship with the natural world. Plus we were 16 years into a Tory government by that point and I was really questioning the status quo.” 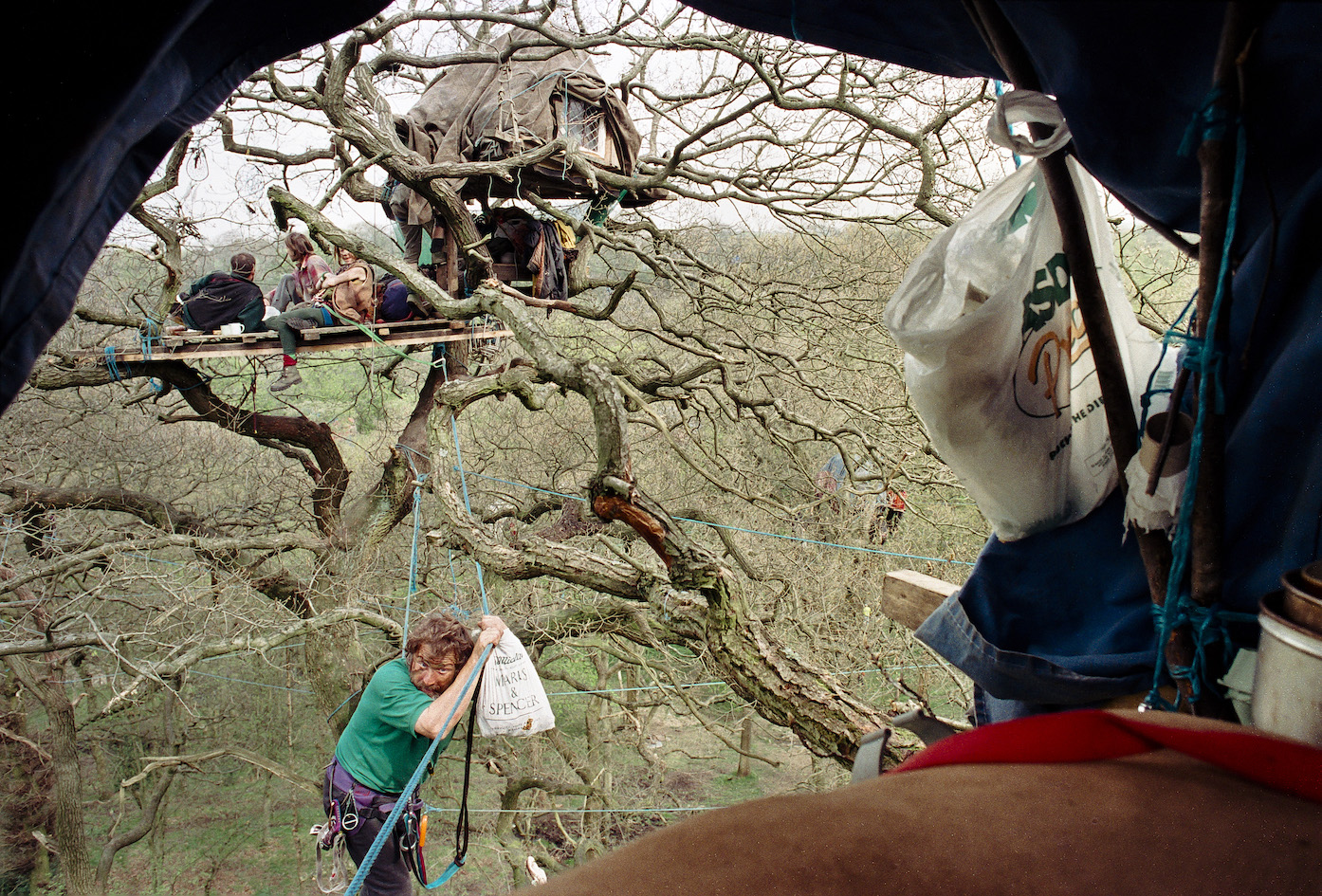 This was Fisk’s first introduction to environmental activism in the UK, and one that left him fascinated and inspired. He would soon become involved in the scene, attending and photographing protests across the country for years to come. Several of these pictures made during the mid-to-late ’90s shooting environmental and climate actions have now been dug out of his archives for his recently published photo book, Until the Last Oak Falls.

The shots in the book offer a closer look at the characters and crowds who took part in some of the most significant protests across the UK in between 1995 and 1999. From tree-dwellers being physically dragged off branches 50 feet high in the sky at protests against the Newbury Bypass, to thousands gathering in the heart of London during the Reclaim the Streets protests, the monograph documents the many faces and important moments of the movement. 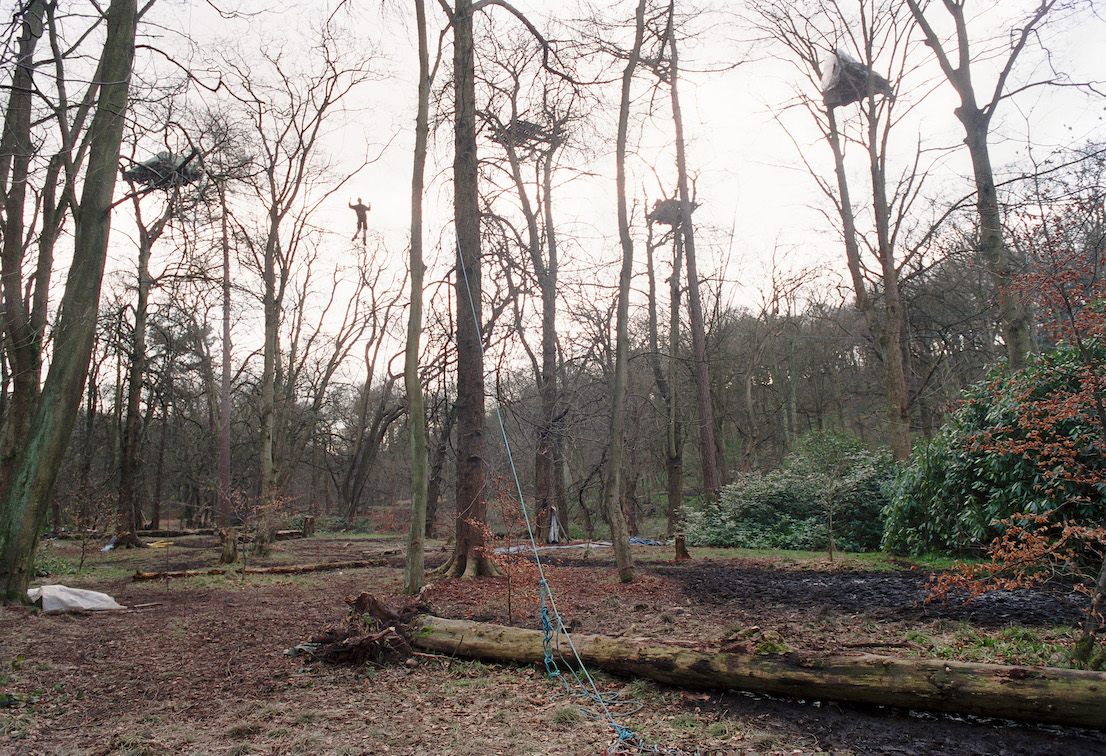 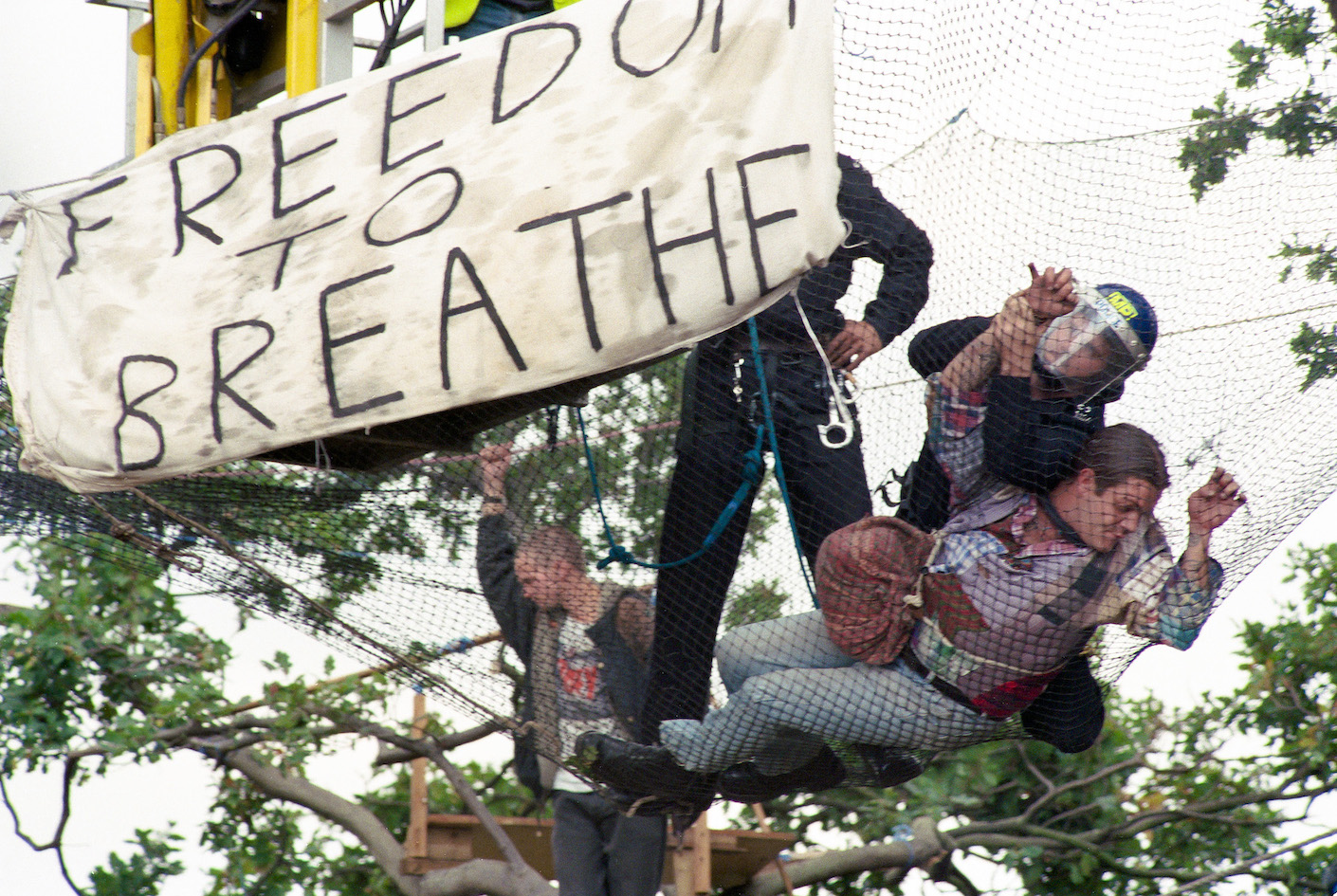 Environmental activists could be anyone in society. “It was a wide bunch of characters that it attracted,” Fisk says. “From educated to non-educated, from working class to upper class, Tories and Labour – a lot of Tories also lived in the countryside and the idea of the roads churning up and cutting up didn’t appeal to them – so it was a real myriad of characters.”

It would in many ways form the precursor to the climate activism movement that has become such a hot topic today, with groups such as Just Stop Oil and Extinction Rebellion regularly hitting the top of news agendas for their protests. Back in the ’90s, however, the climate crisis was not as understood and discussed with the same vigour or knowledge as it is now. 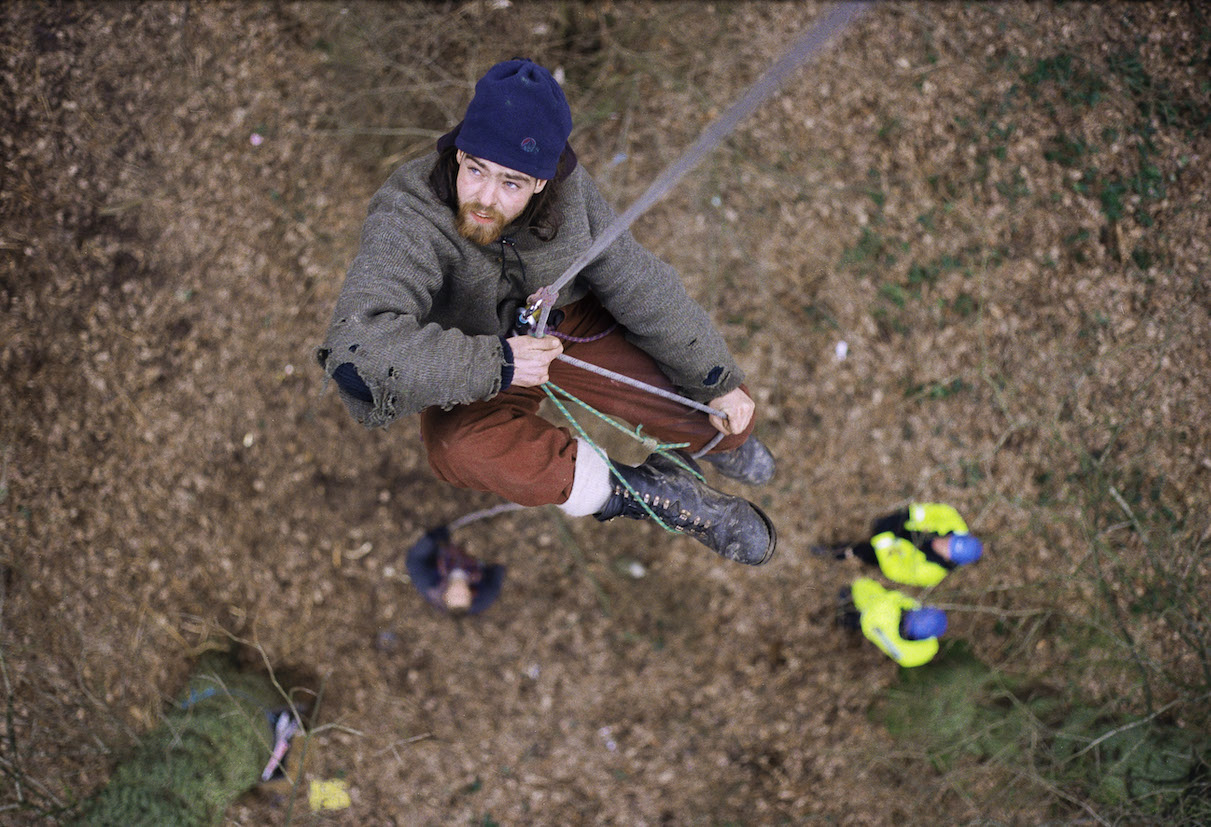 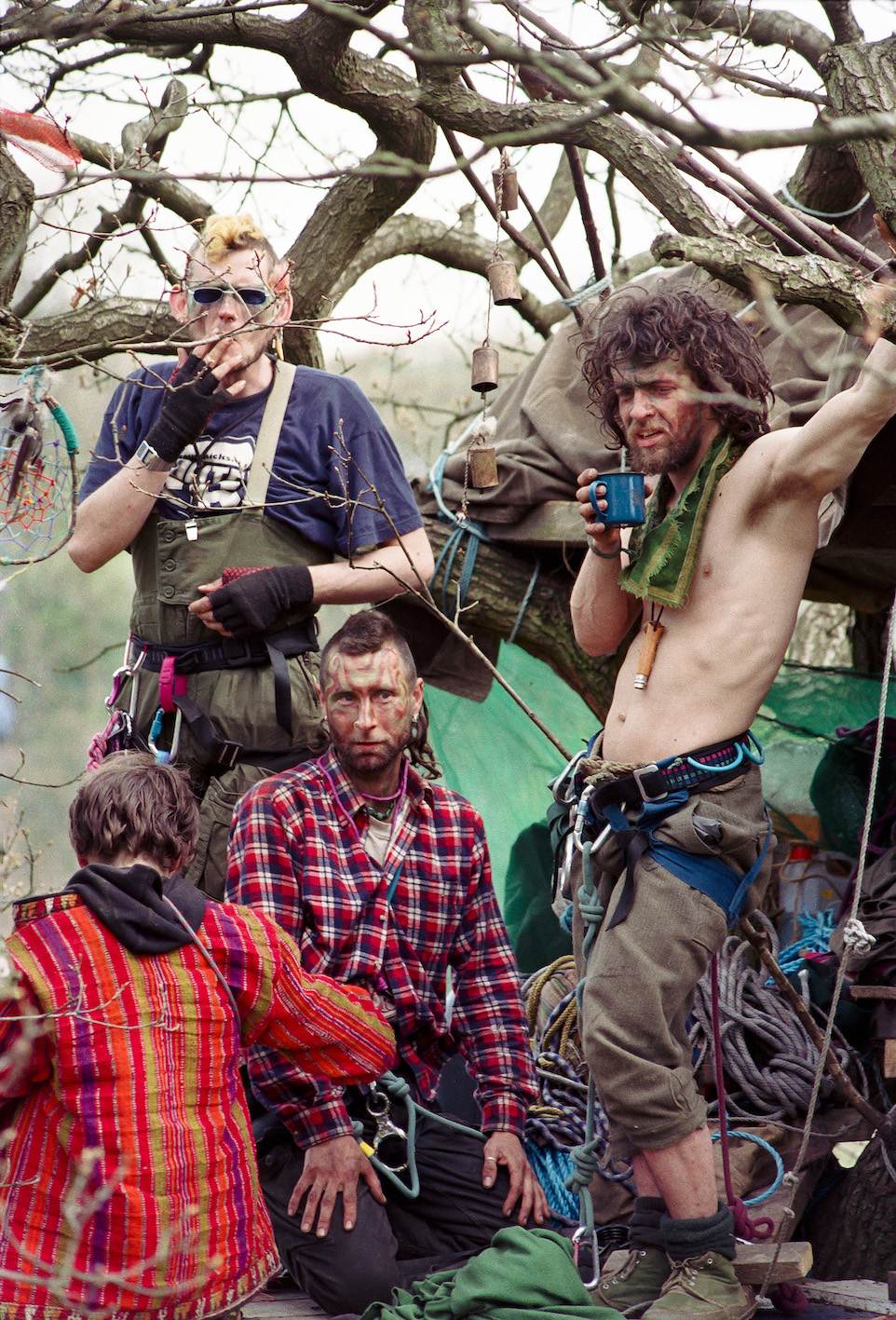 “It’s important to remember that a lot of these ideas are relatively new,” Fisk says. “Back then it was like: ‘Cars, they put out carbon monoxide – why is that a problem?’

“Well we’ve got this thing called the ozone layer which traps all the greenhouse gases,” he replies to himself.

“Well did you know that the planet could actually start warming up and the polar ice caps could start melting? 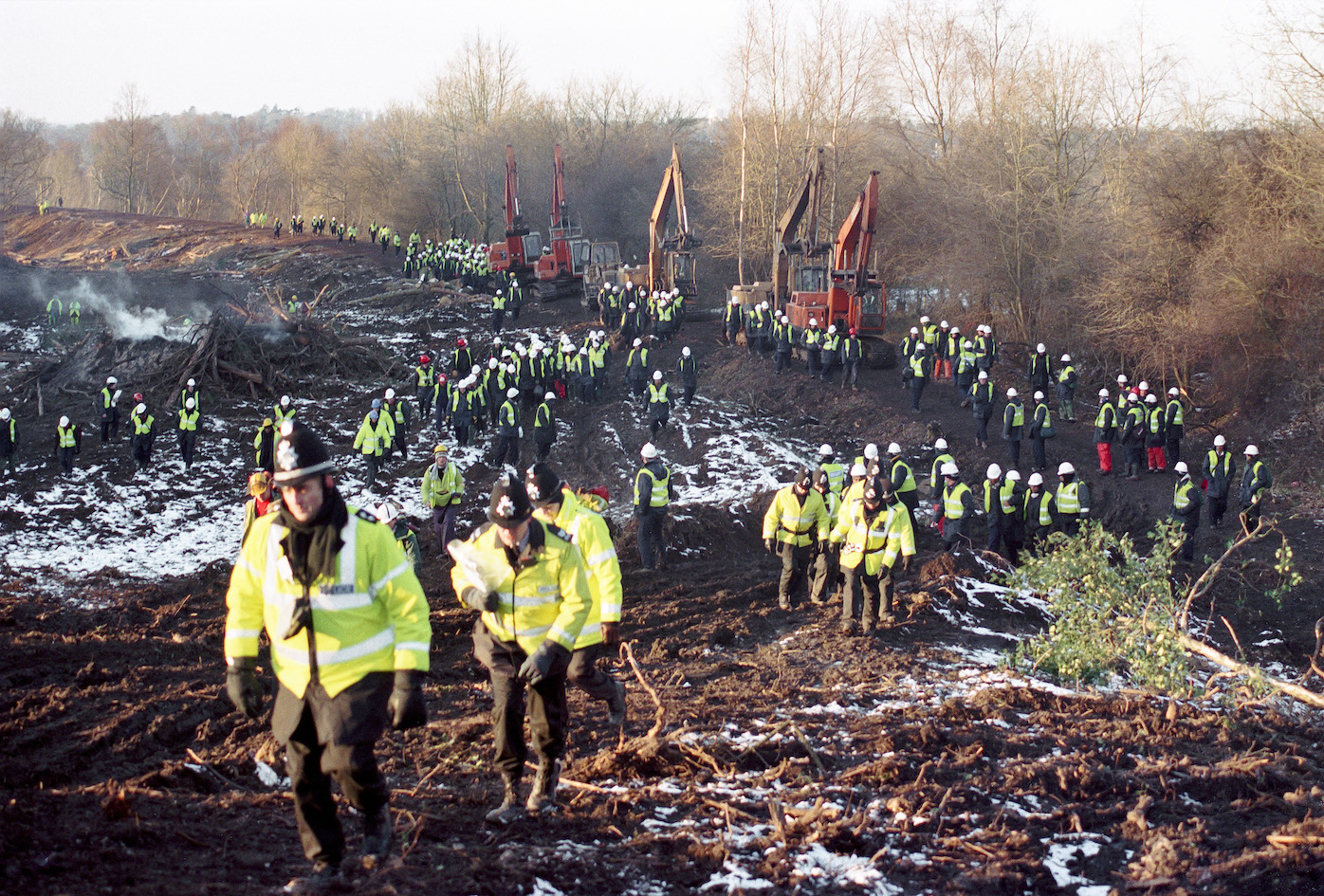 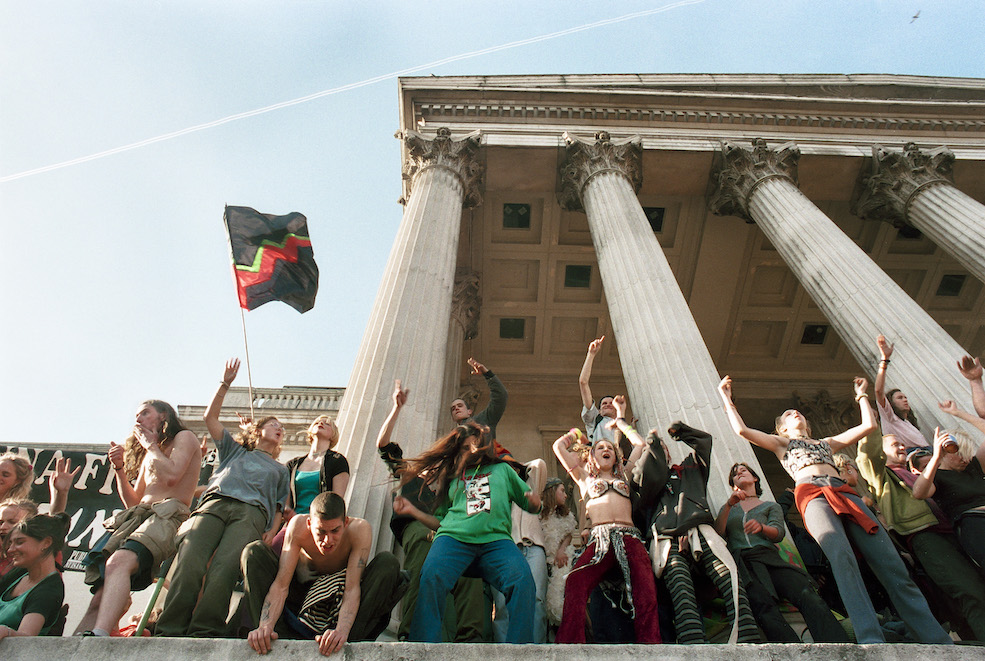 Now, with many world leaders gathering in Egypt to discuss the crisis at COP27, the climate activism movement has grown into a large, more organised global phenomenon. Despite the piles of negative press and its detractors, Fisk respects the modern-day climate activists.

“People don’t glue themselves to a motorway for fun,” he says. “People don’t risk their freedom taken away and being locked up for a laugh.

“These are people who are seriously committed to raising awareness of the current trajectory that we’re on, which is very, very concerning,” he continues. “People are becoming increasingly desperate – we’re not seeing the changes we need to see.” 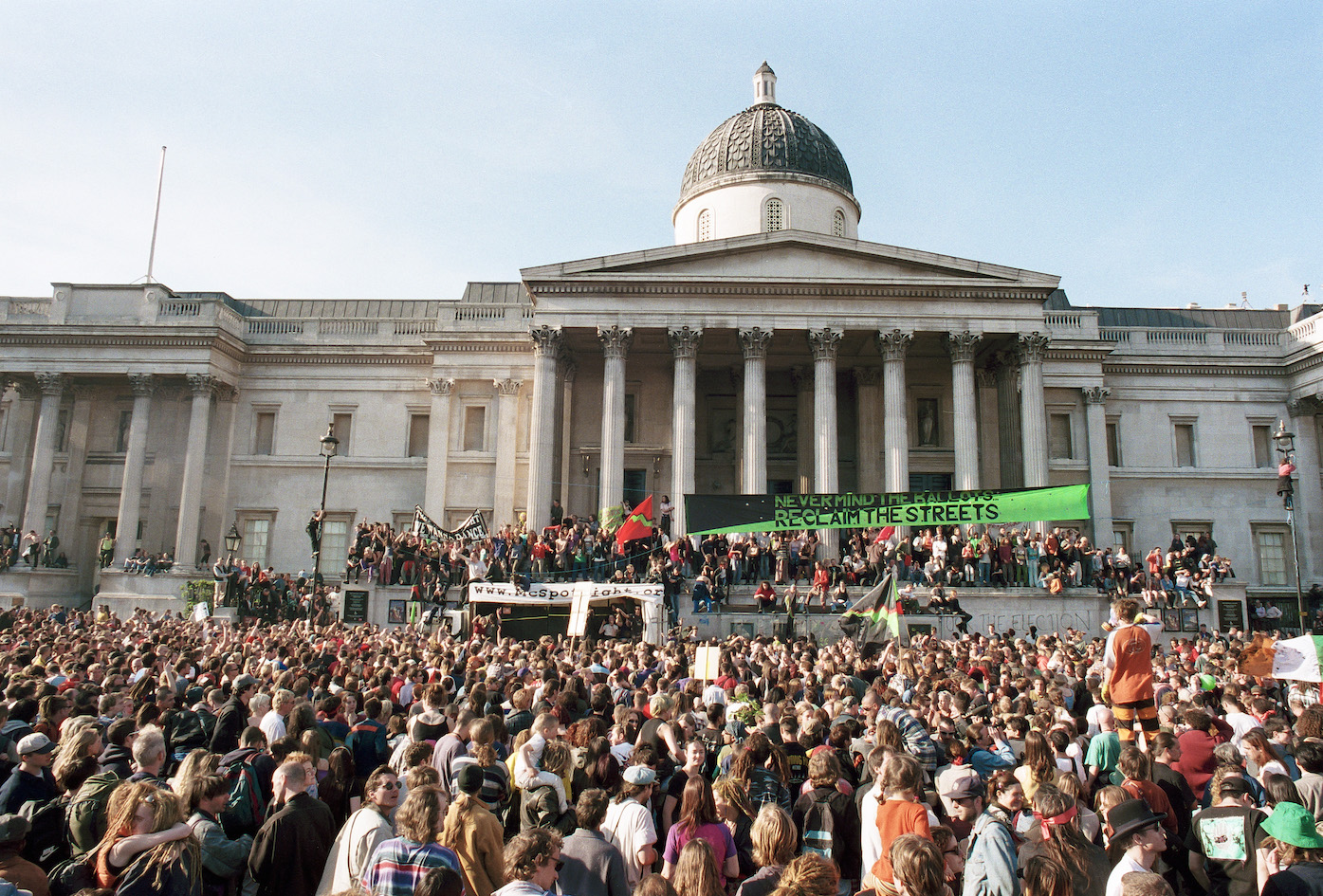 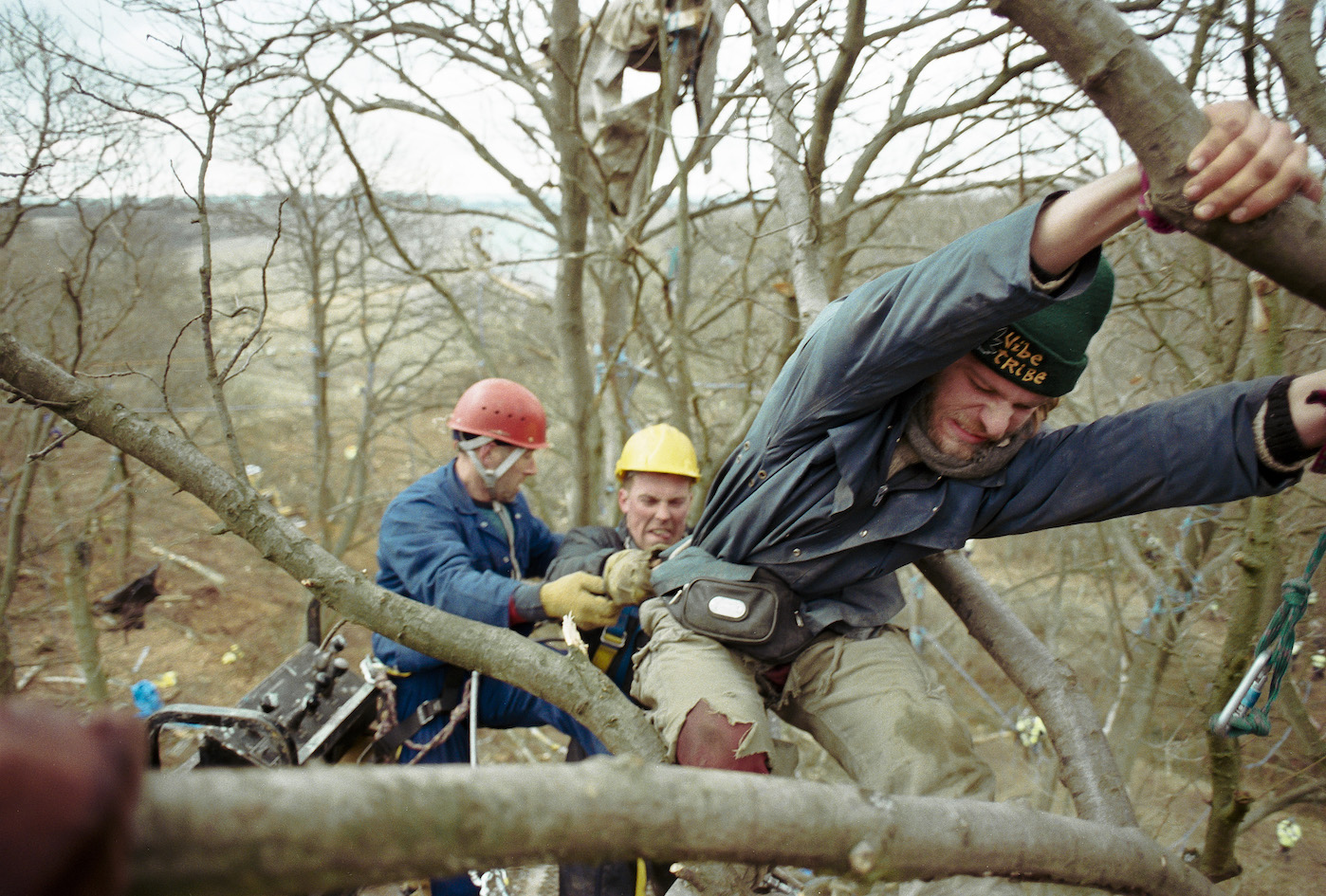 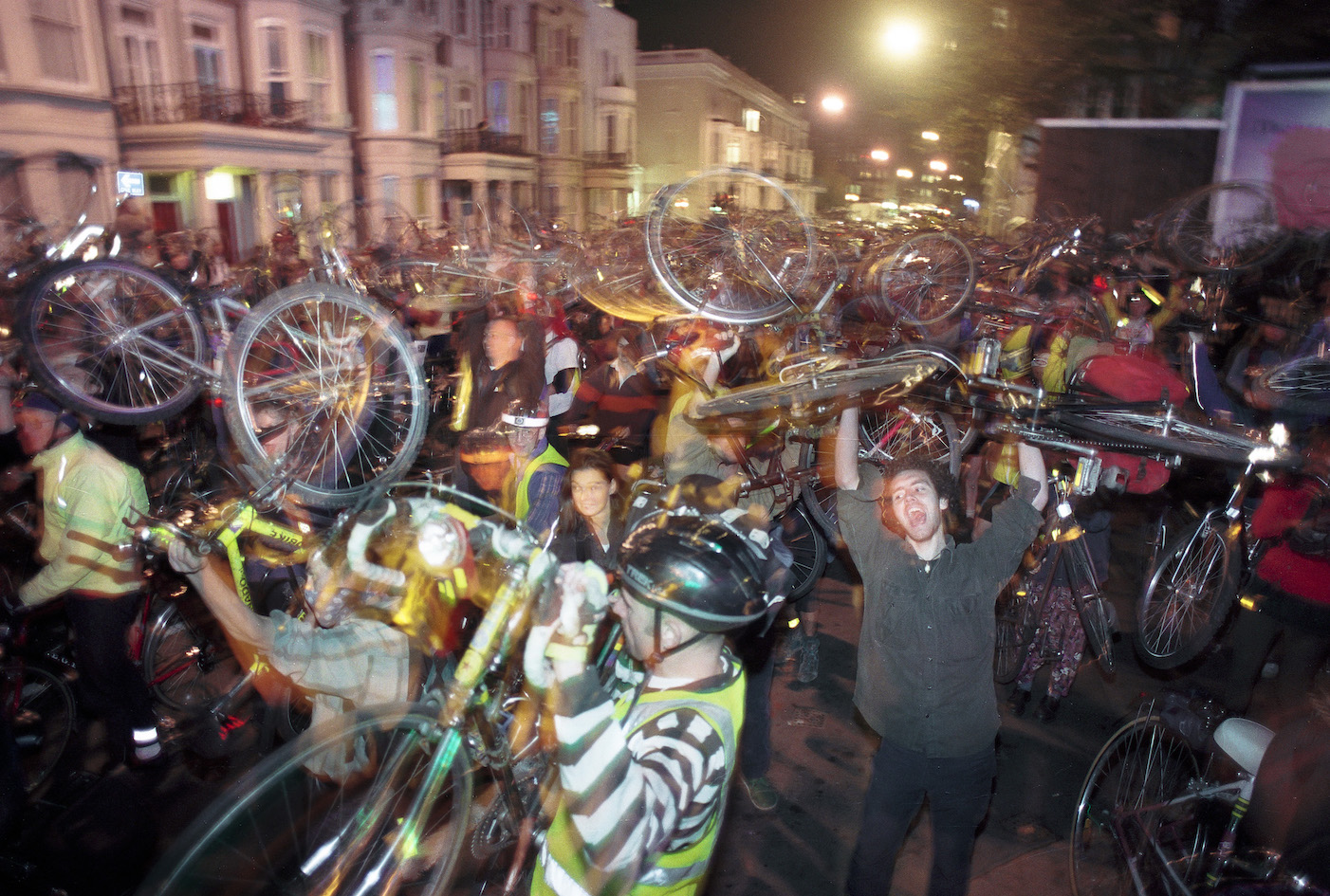 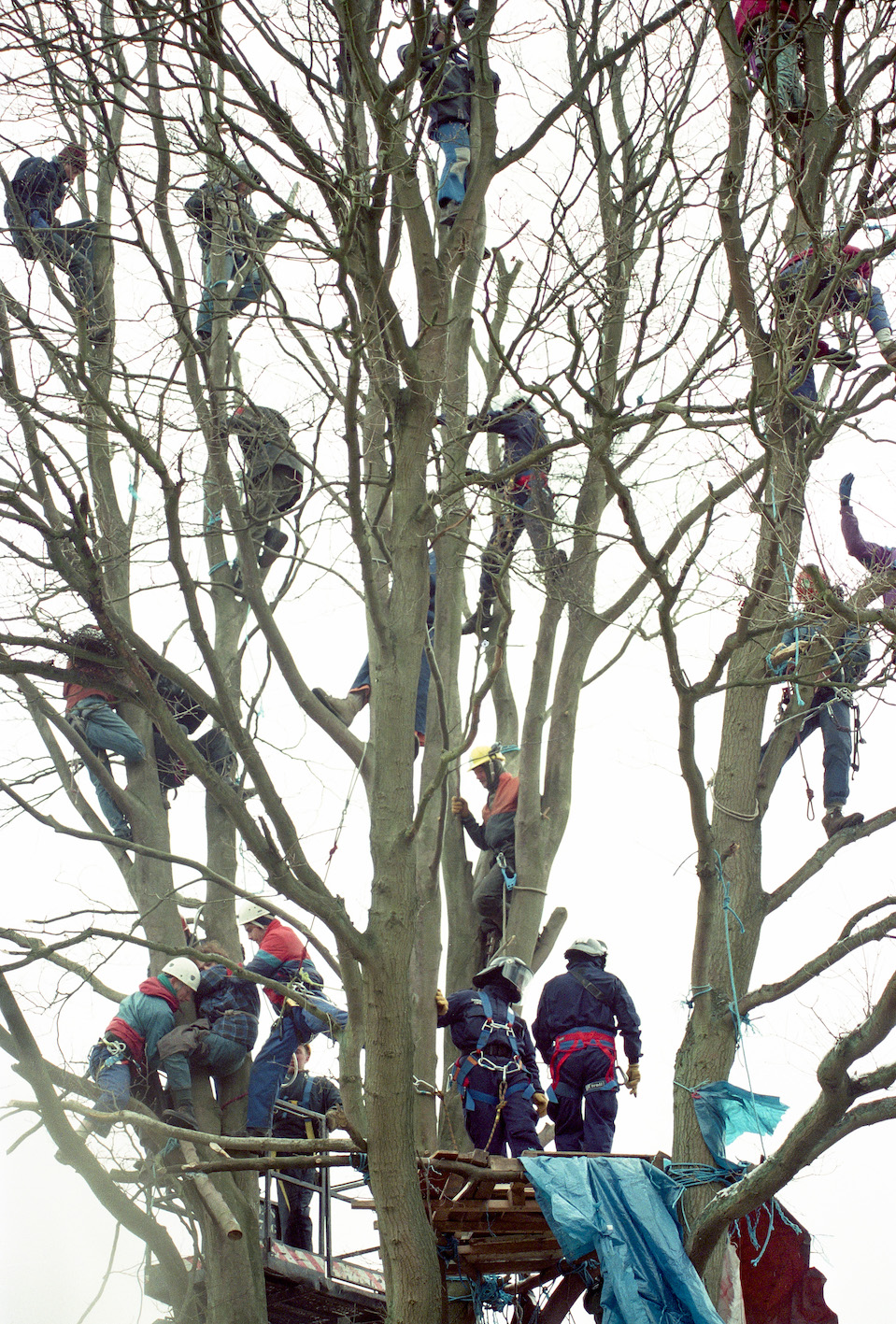 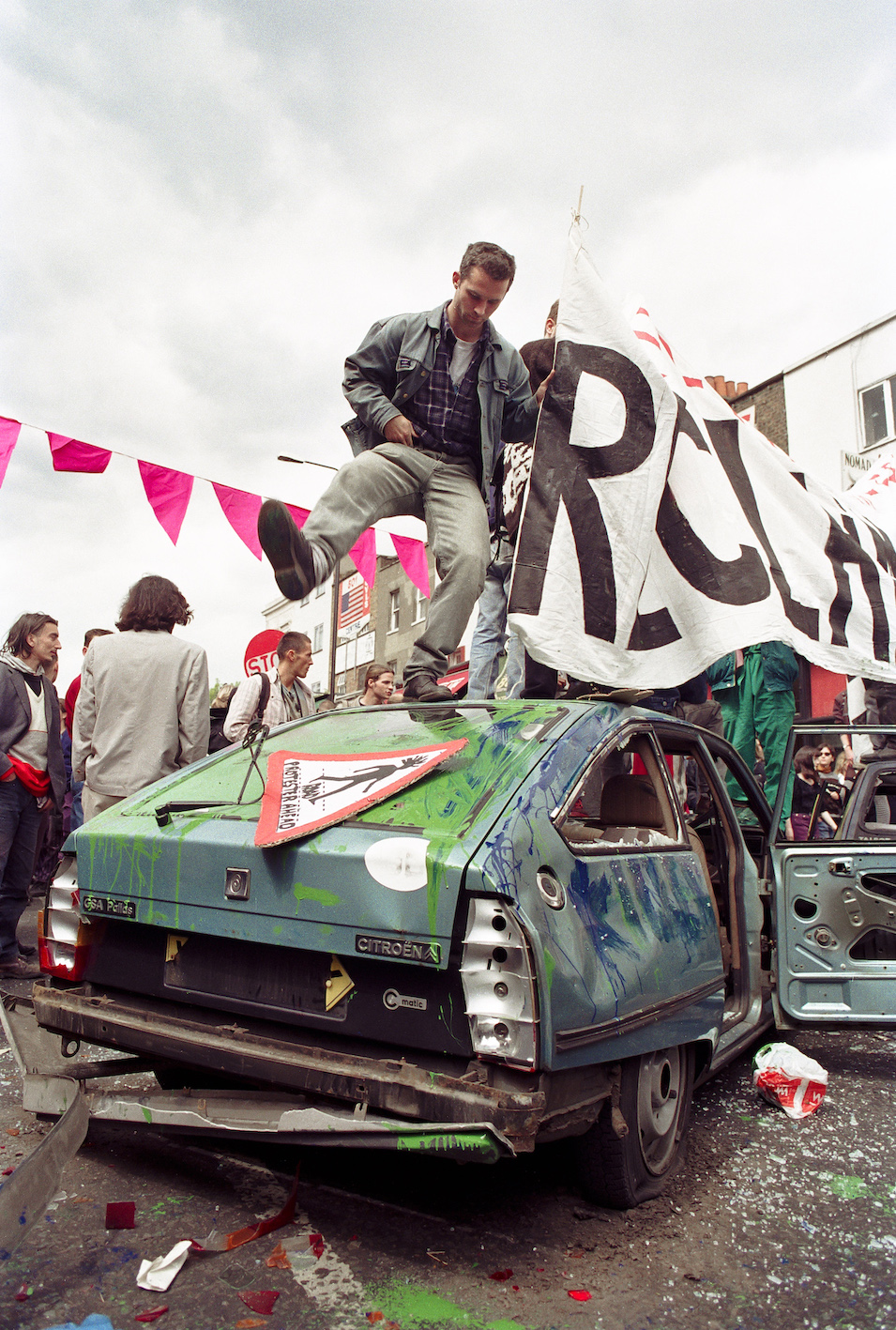 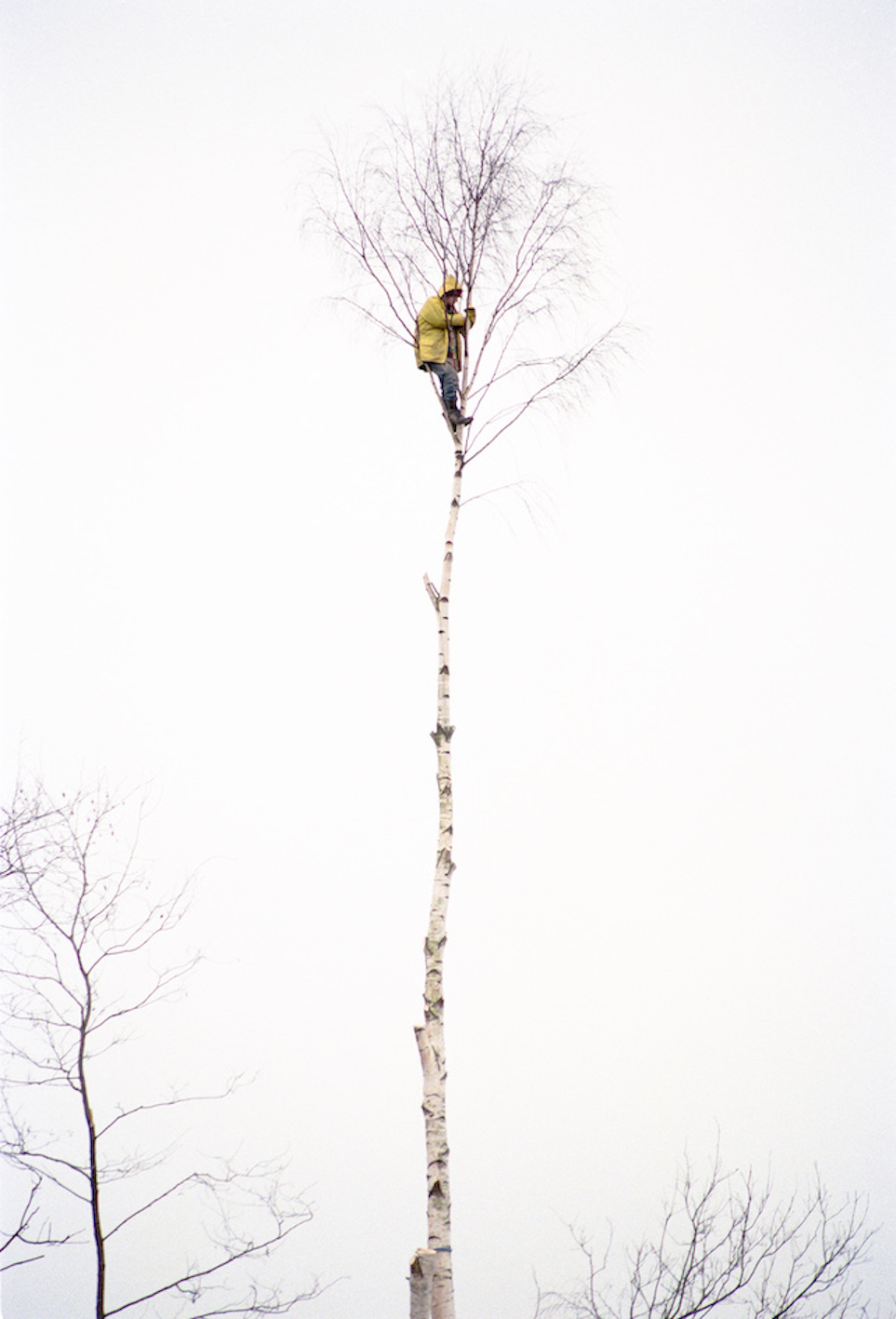 Until the Last Oak Falls is self-published by Adrian Fisk and can be purchased from his website.

Linkedin
OTHER ARTICLES
Ireland’s national sports are modernising. At the forefront of this movement is Na Gaeil Aeracha, the country’s first ever queer GAA club.
Jack Lueders-Booth reflects on capturing the community that lived and worked along the city’s busiest railway route during the 1980s.
A new exhibition is marking the photographer’s 100th birthday with a look back at his extraordinary career.
Photographer Jeffrey Silverthorne always treated his subjects – often those living on the margins of society – with empathy and respect.
In North Carolina, people are living near to Duke Energy’s Belews Creek Steam Station, where toxins are pumped into the air, water, and soil.
How the sounds of nature, air force bases, walking across the country, Windrush and synthesisers have influenced one woman’s journey through music and life.