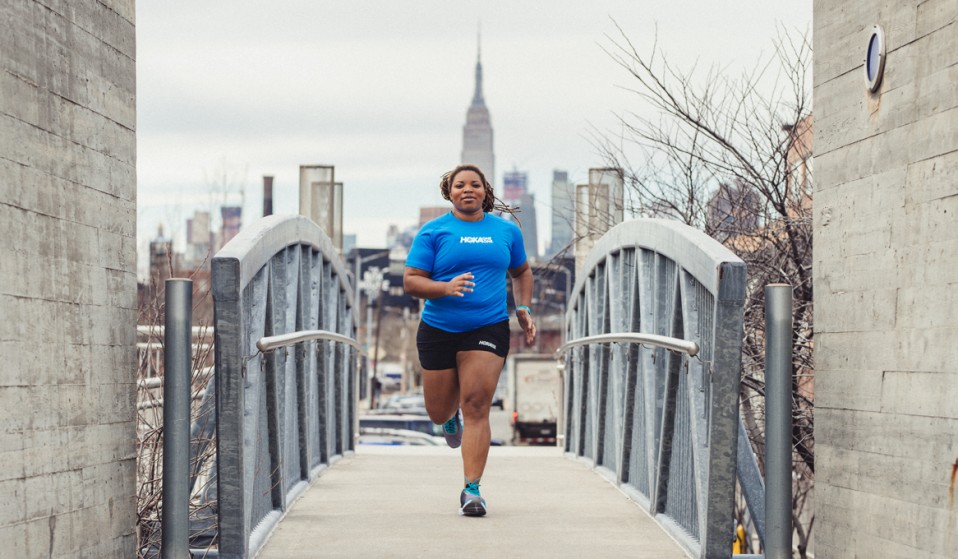 When Latoya Shauntay Snell hit rock bottom, she couldn’t run a mile. Then, on a whim, she entered a half marathon. Now she's competing in ultras and inspiring others. Her journey is the latest in our Huck x Hoka One One series, looking at mavericks who found a new perspective through running.

Growing up in Brooklyn in the 1980s, long before it was gentrified, running for fun was not something Latoya Shauntay Snell would have ever thought to do. “I only ran for ice-cream trucks,” she laughs. “If you were running around the projects at that time, people would instantly start running with you because they would be like, ‘Who got shot?’”

There was an athletics track near where she lived but it had been trashed and remained closed for years. When it eventually reopened, Latoya remembers being excited that she could go there. But she only ever walked around the track, never ran.

Running just wasn’t something people like her did, she says. “As an African-American, the term we would use is: ‘This is white people shit.’ This is not something that black people do. They don’t go out there and run.” 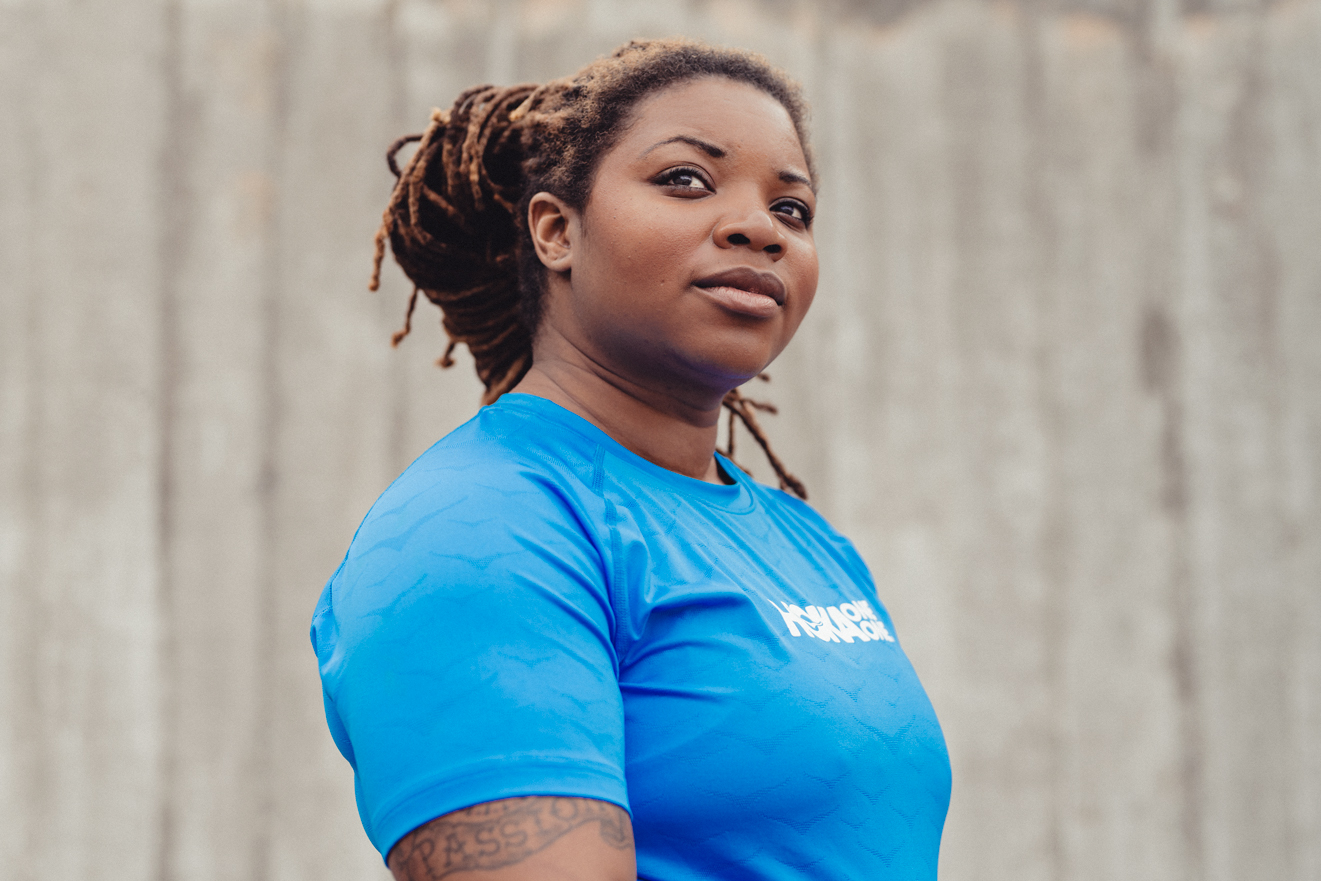 Fast-forward to today and Latoya, now 32, averages 25-60 miles a week depending on what she’s training for. She’s run over 80 races, including two ultramarathons, and finisher medals adorn her walls. But what makes this shift even more impressive is the fact that Latoya is a proud plus-sized runner or, as she would say on her popular food and running blog Running Fat Chef: “I’m fit. I’m fat. I’m an athlete.”

It was actually Latoya’s weight that led her to take up running in the first place. In 2012, at a time where she weighed over 120 kg (almost 19 stone), she was diagnosed with “a laundry list” of health problems relating to her weight including sciatica, a herniated disc, and sharp headaches. Her doctor said: “You have to lose this weight or you’re going to die.” 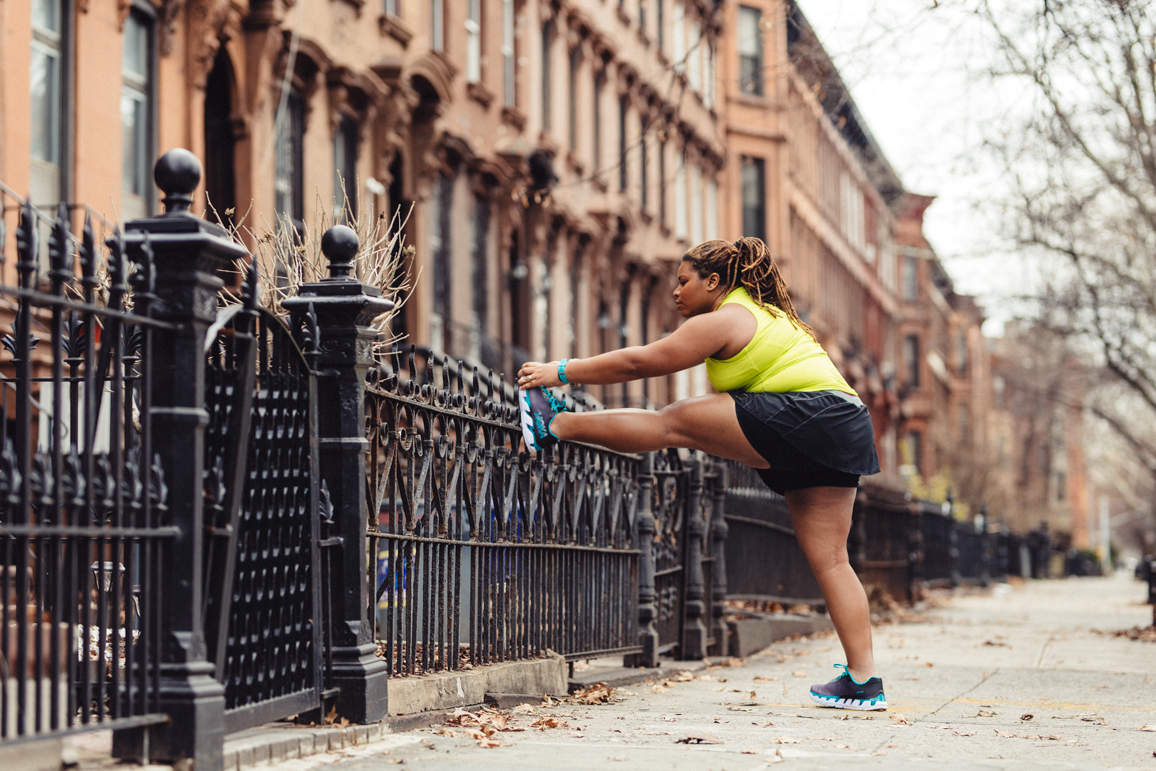 So she started to work out, gently at first – with callisthenics – but then, in late 2013, she went to the track. “I kept seeing this guy with headphones dancing on the track, jogging around and sometimes going backwards. He had these phenomenal legs…” she laughs. “But more than anything I wanted his happiness. He didn’t care if people were looking at him. I think that was the bug that put it in my head.”

Then an old friend posted on Facebook that he was signing up for a half marathon, prompting Latoya to sign up too.

“I hit the button and then I freaked out a little as I’d never even run a mile, let alone a half marathon! But I thought I’ll just make it a bucket list-type thing, a one-off.”

She had no shoes or running kit and, when she tried to run, “it felt like crap because I didn’t even know how to breathe.” But at the track she met a group called Black Girls Run. “I’m a serious New York sceptic, and anybody that comes up to me I’m like: ‘What’s your agenda?’ but it was completely free,” she says, “and they were just a super-friendly sisterhood so I joined them.”

Once she’d done the “half”, a friend from Black Girls Run encouraged her to sign up for a full marathon. Latoya laughed, thinking it would take six to seven hours, but the friend said: “Speed is not important, you have the heart for it. And since then I’ve realised anything beyond a half marathon is a mental thing. I’ve learnt to tell myself stories and jokes. I hear soundtracks in my head…” 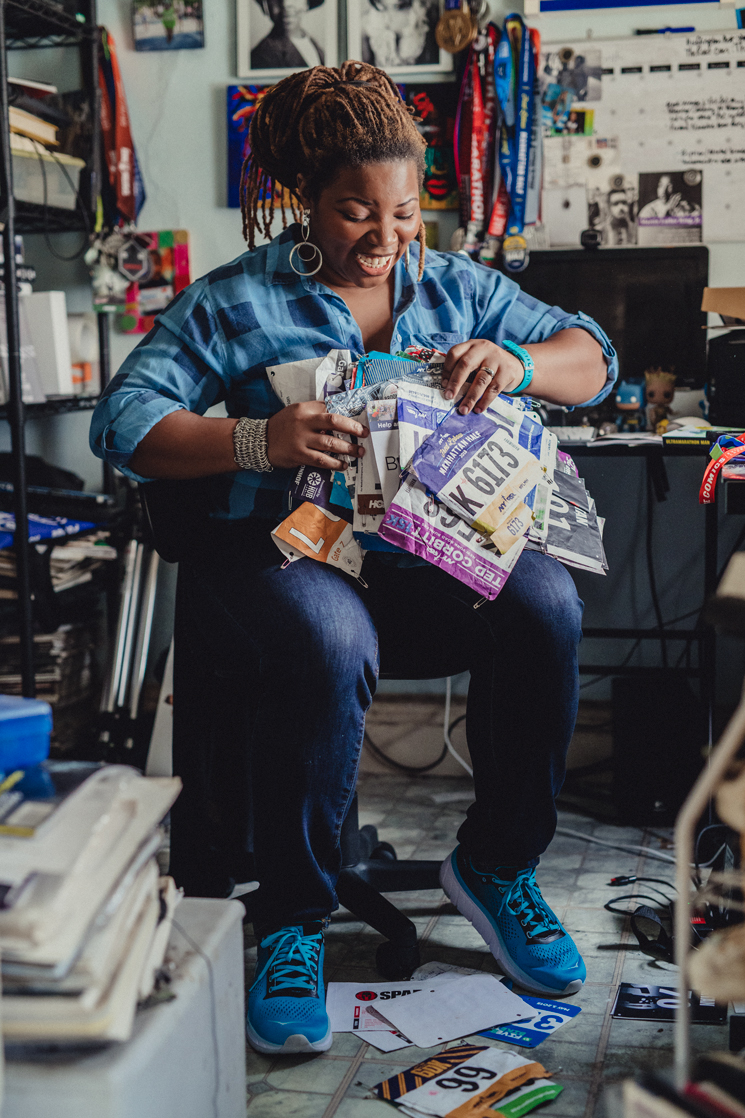 A happy back-of-the-pack runner, she’s since competed in two ultra marathons and has signed up for another this year. Latoya says running completely changed her as a person. She realised she was capable of doing anything but also that this was about more than the weight loss. She took on other challenges she’d never have contemplated before including skydiving, and she’s now even training for a triathlon despite a “serious and crippling fear of swimming.”

But it hasn’t all been positive vibes. She’s been heckled at races and repeatedly trolled online. “I’ve been called everything from the n-word to just having random people be offended by the fact I was running. ‘Concerned Trolls’ I call them. They say: ‘If you have that much weight, you shouldn’t be running. What about your knees?’ It’s like: ‘Ok, how shall I lose weight? Or should I sit at home and eat bonbons and perpetuate the stereotype!?’ Or they even say: ‘If you do all that, why are you still fat?’ Luckily, I have a very thick skin now and I enjoy what I’m doing.”

Latoya reminds herself that very few of these trolls have likely ran an ultra marathon. Instead she focuses on the many messages she gets saying how inspiring it is to hear her story and see her body-positive pictures online at her blog Running Fat Chef.

“I’m not trying to be this poster girl,” she says. “You can do anything here and running might not be for everyone, but for me it was like my gateway drug. I had a metamorphosis and suddenly I was doing things I’d have never considered before like learning to swim or skydive. I got over my fear of travelling to other states; I’ve since entered races all over the country. Running changed everything for me.” 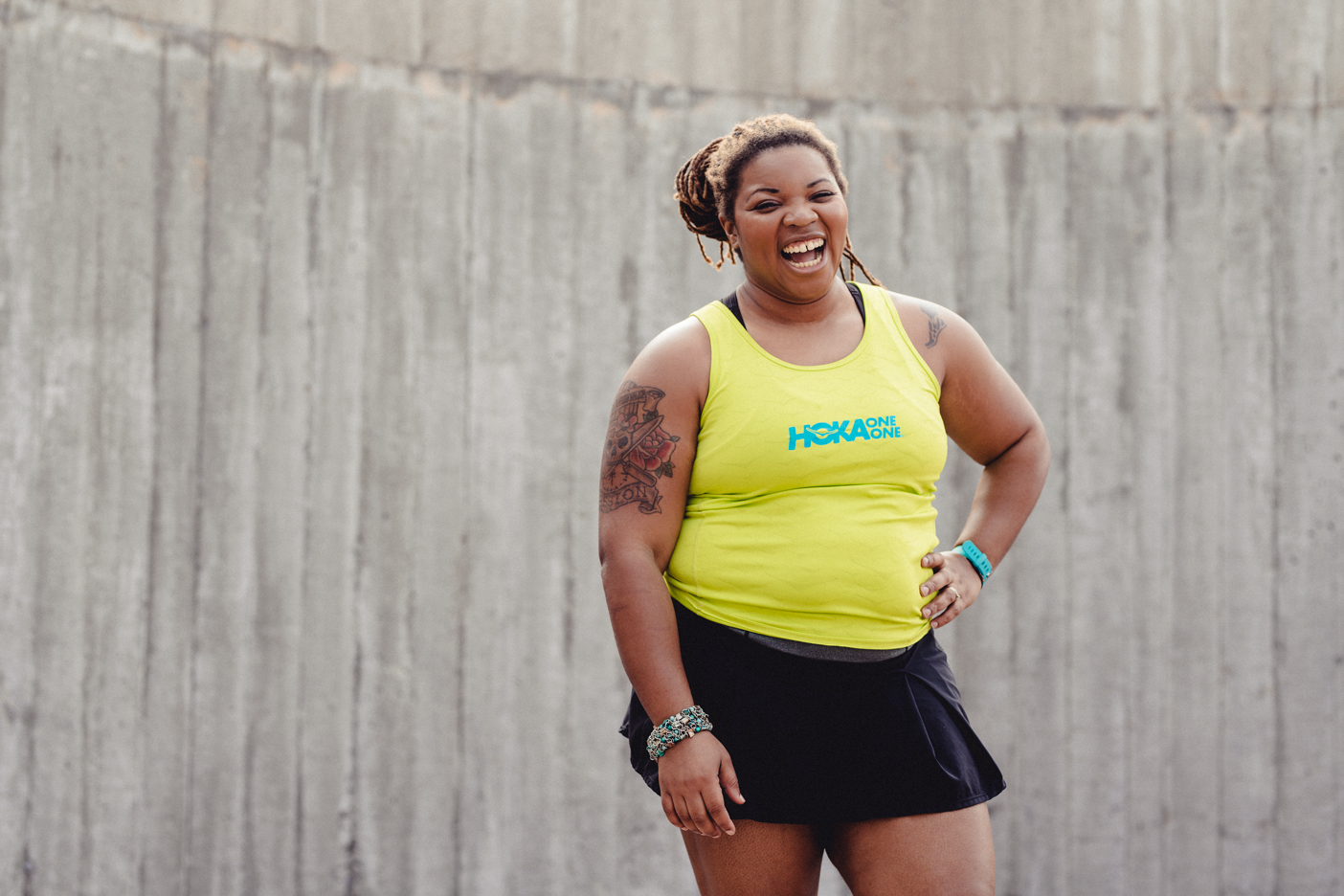 Read more Huck x HOKA ONE ONE stories here. If you run, or are thinking about making running part of your life, you can learn more about the innovative Elevon & Cavu trainers Latoya wears at hokaoneone.com

Linkedin
RELATED ARTICLES
OTHER ARTICLES
Activists and campaigners are fighting back against new laws that would seriously undermine the ability to take industrial action, calling it an attack on fundamental workers' rights.
AI companies that develop image-generators using copyrighted artwork from the internet are coming under fire from artists who say that it amounts to theft.
After building his reputation covering the US civil rights movement in the 1960s, the photographer went on to produce some of the most enduring images of the past century.
Author Edward Banches dicusses his new book, which examines the hard rock and metal scenes in five African countries: Botswana, Togo, South Africa, Kenya and Ghana.
Filmmaker Laura Poitras discusses her new documentary which traces the remarkable life of the artist-activist and the impact of her battle against the US opioid crisis.
Theo McInnes’s photos of the annual event provide an intriguing snapshot of contemporary Britain.