Art & Culture / Portraits of criminals & victims at the crime scene 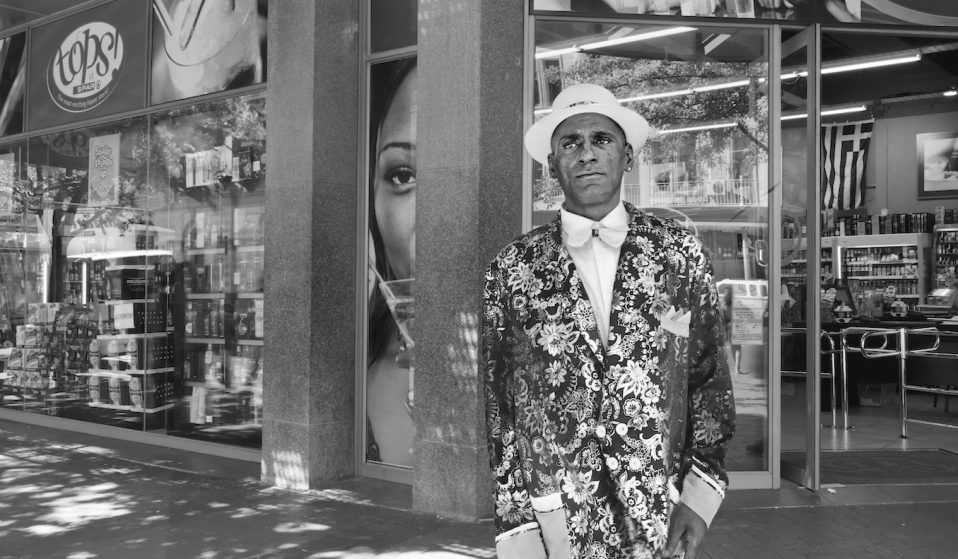 After experiencing violent crime himself in his hometown of South Africa, the late photographer David Goldblatt set out to understand the people who commit these acts and their victims.

After experiencing violent crime himself in his hometown of South Africa, the late photographer David Goldblatt set out to understand what leads criminals to that pivotal moment.

In his lifetime, photographer David Goldblatt suffered two violent armed robberies at his home in Johannesburg and another in the Eastern Cape, when his camera was stolen. The experiences left him shaken, and curious to understand the lives of people behind crime and what led them to that pivotal moment.

What resulted was an eight-year project titled Ex-Offenders at the Scene of Crime – a series of portraits of ex-offenders revisiting the moment their lives changed. In his introduction to the limited-edition photobook, Goldblatt writes: “Who is doing this to us? Who are you? Are you monsters?… Could you be my children? Could I be you?” He evokes a deep commitment to understanding his home through art and offers a wholly human exploration of violence, crime and suffering in this honest and heart-wrenching collection.

“Like anything, when you look at a person’s story or their life, it deepens your understanding or insight,” says his daughter Brenda Goldblatt, who wrote the text of each person’s story to accompany their portrait. “That was really how my father approached all his work: ‘I need to understand this thing’ and then he’d go and photograph it.” 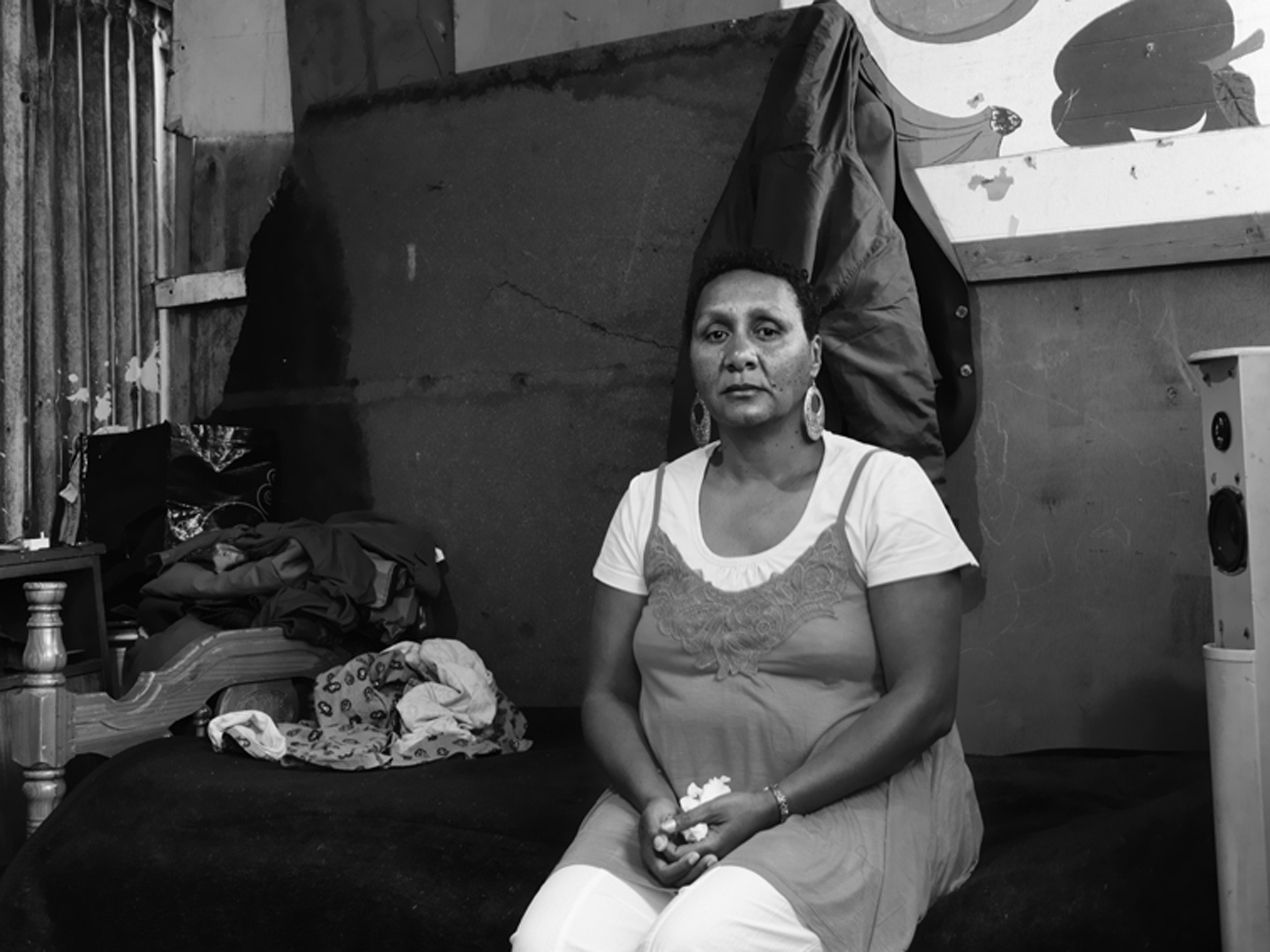 In 2007, Ellen Pakkies strangled her son Abie on his bed, after his drug-addiction led to him robbing the household of everything saleable for so long, that she could no longer bear the strain. Lavender Hill, Cape Town, 12 September 2010 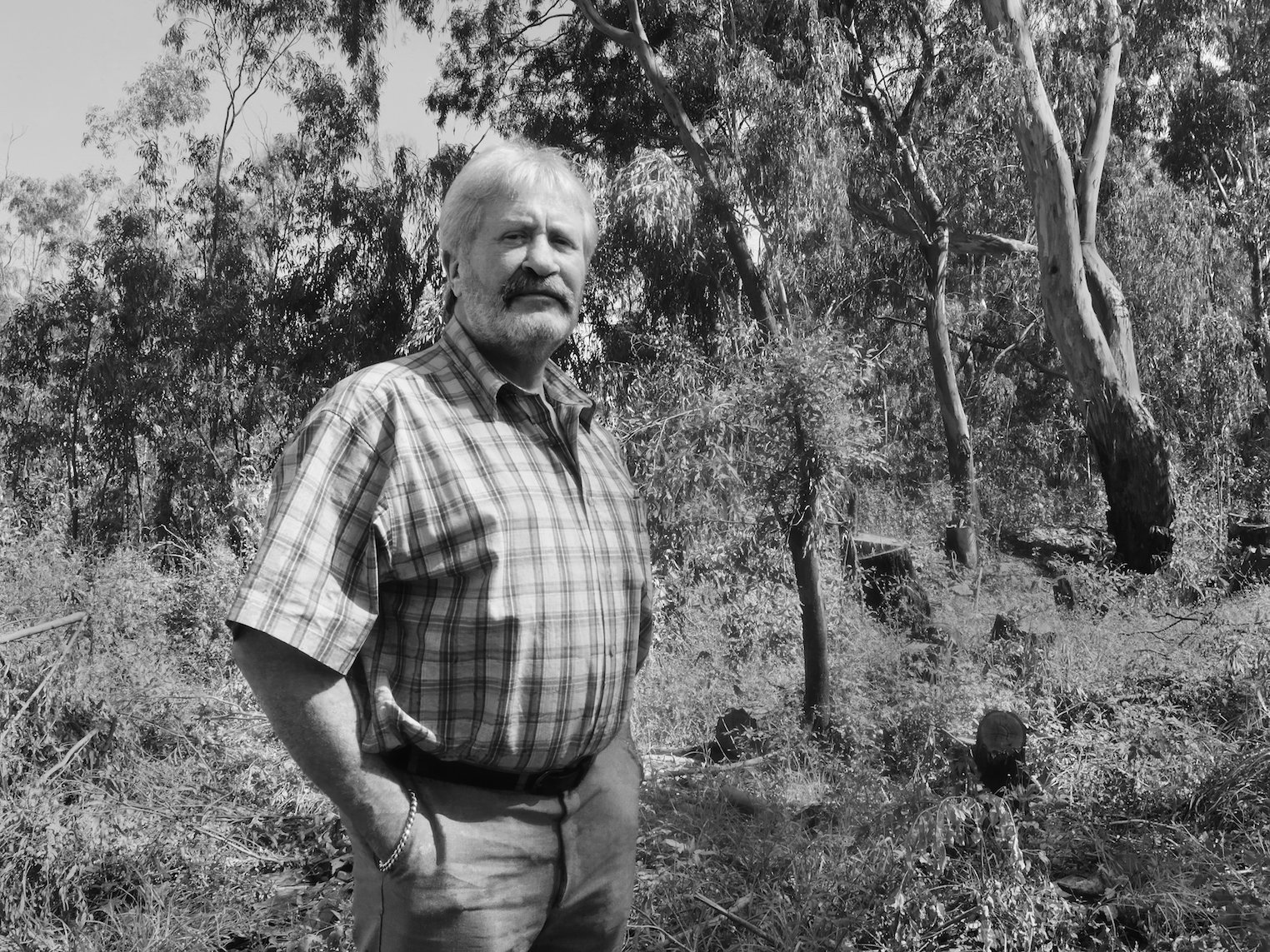 Hennie Gerber where he tortured and then murdered Samuel Kganakga, Heriotdale, Johannesburg. 14 April 2010

Goldblatt did not want to make any profit from the project and even offered his subjects money for their story and photograph. “I think my father felt that he didn’t want people to feel exploited,” says Brenda. Instead, the project offered a space for ex and alleged offenders to share their stories free from judgment.

“For most of them, he felt that they engaged or appreciated the opportunity to be heard and to tell their story. His process wasn’t critical…he just was interested in what people said.”

The project took place between 2008 and 2016, and features a collaboration with Multistory – a community arts organisation based in West Bromwich, United Kingdom. Goldblatt rarely worked outside of South Africa, but in 2012, he partnered with the organisation to photograph ex-offenders in the west of England’s Black Country.

Emma Chetcuti, director of Multistory, worked closely with Goldblatt on the project, helping him source subjects and accompanying him on interviews. “There’s a special moment, between the telling of the story and then going back to the place, you create a very powerful and special bond and moment and you don’t want to break that, you want to do it straight away,” says Chetcuti. “A very powerful moment because it was always very quiet. All of the talking had been done.” 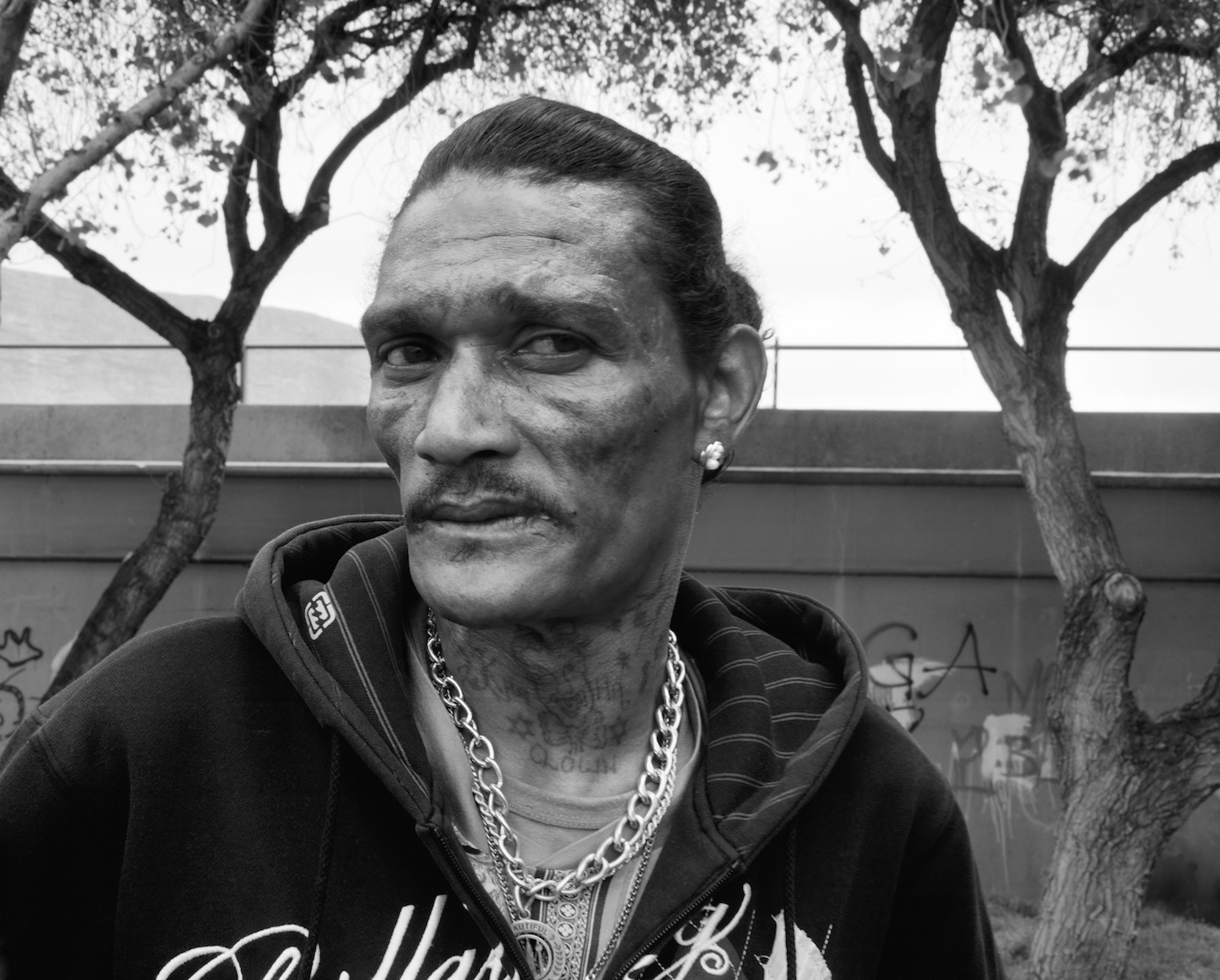 Blitz Maaneveld at the Terrace, Woodstock, Cape Town, where he murdered a man with whom he had been gambling. 7 October 2008 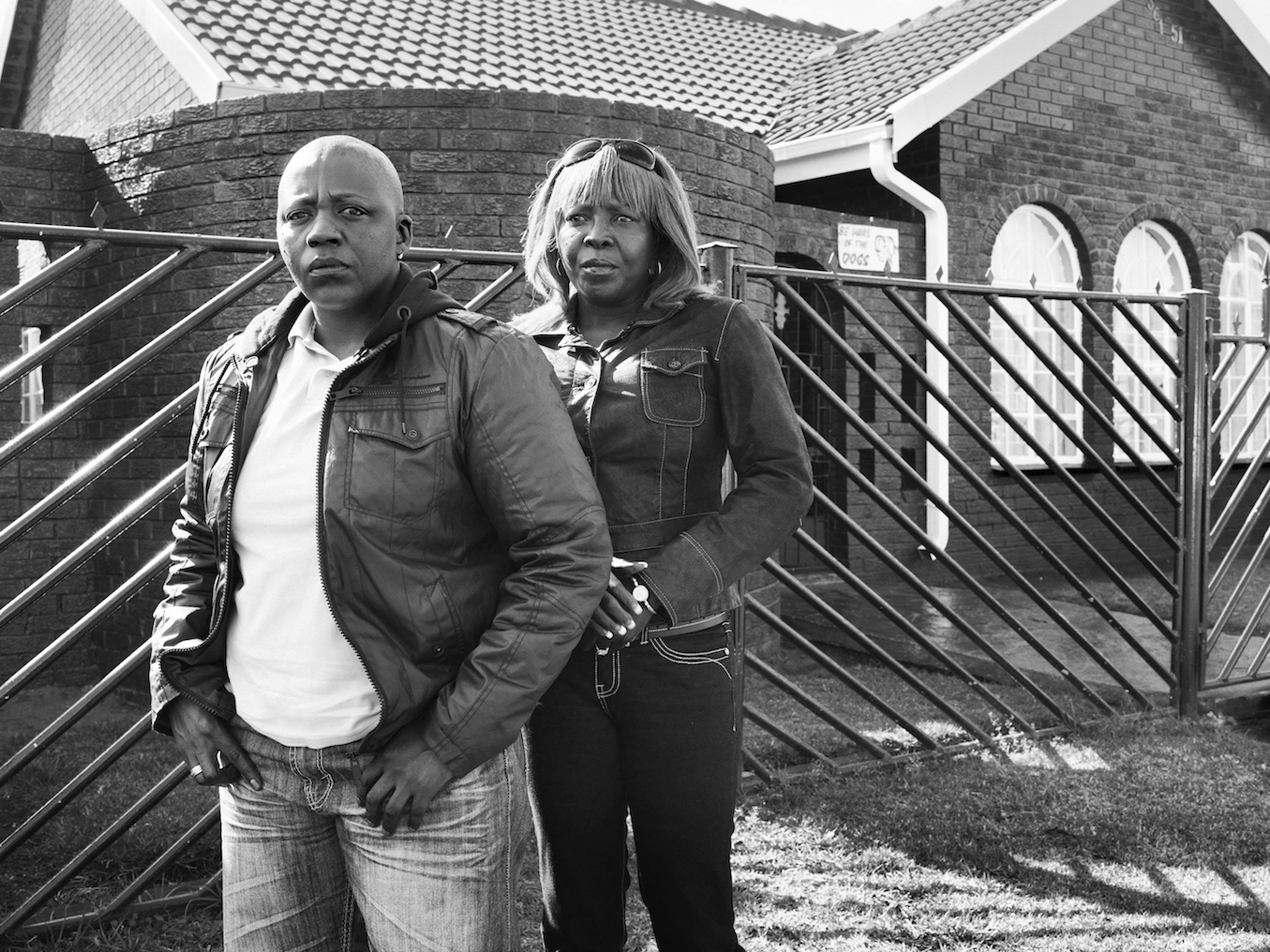 Bridget Makhomza and her former partner Nomsa Mlambo at the house where a man attempted ‘corrective’ rape on Bridget and stabbed Nomsa. Soweto, 26 May 2012

Like Goldblatt’s more personal projects, the portraits are black and white. “It’s what felt right,” says Brenda. “He always said that he felt colour was too sweet for South Africa, it didn’t quite describe what he was feeling and seeing.”

The portraits capture a certain stillness, as each of the moments building up to that one life-changing act are frozen in time. The photographs were not all taken at the exact crime scene but at a critical point where the subject felt their life changed. “He said a lot of them were incredibly moved by that,” Brenda recalls. Goldblatt, too, seeing their faces through the lens of a 4×5 camera was affected. “You can’t look at this world here, or in the UK, without being moved in different ways by different people. It’s not always just sorrow. It’s to anger, or it’s to helplessness.”

The lens offered Goldblatt a unique insight into the lives of his subjects and drew him closest to understanding their complexities. “The camera was a physical tool and a psychological process and an aesthetic process to make sense of whatever itch he was trying to scratch,” says Brenda. 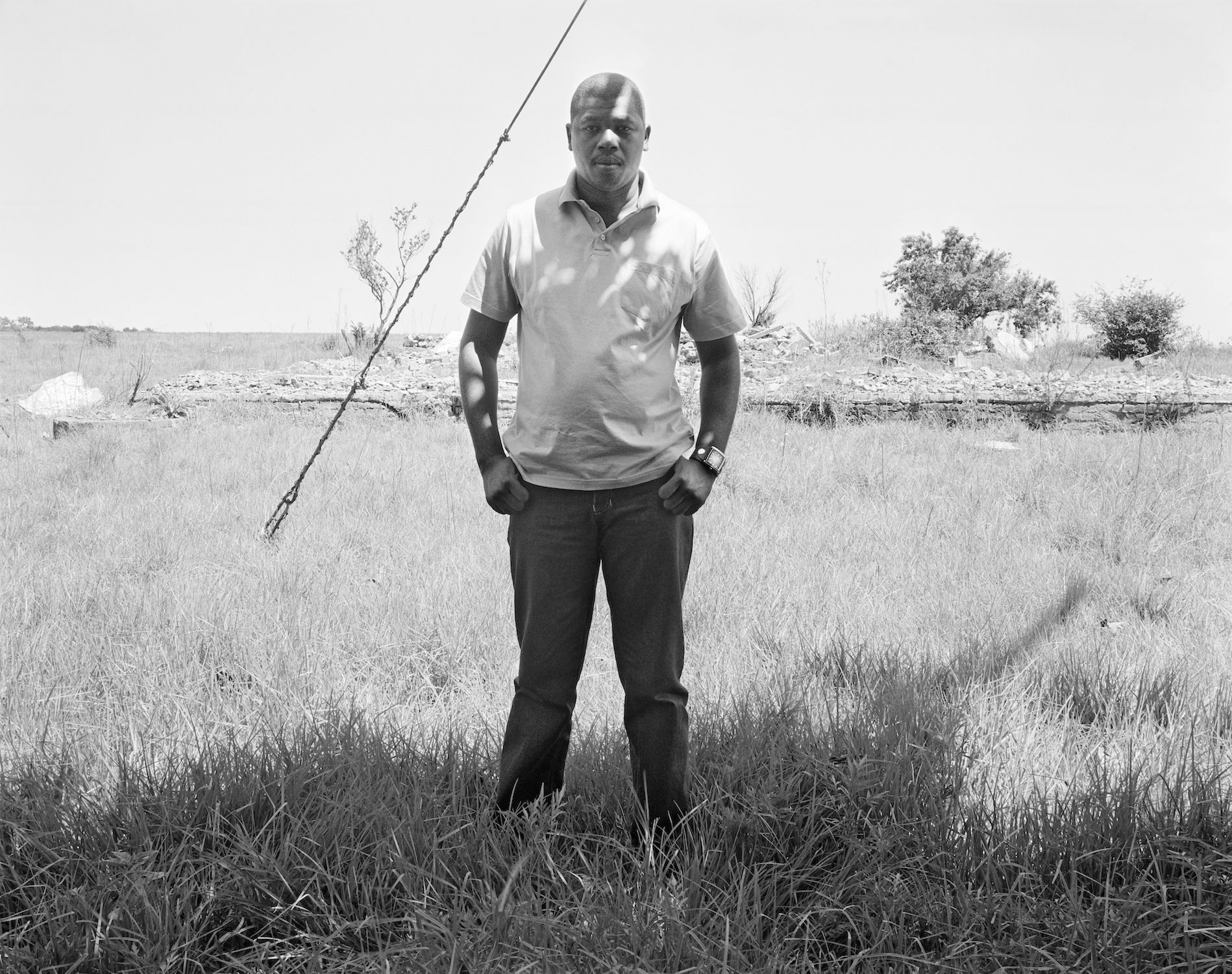 Richard Ngoma at the ruin of the farmhouse where he participated in an armed robbery that led to the murder of the owner in April 1999. Near Witbank, 18 December 2009 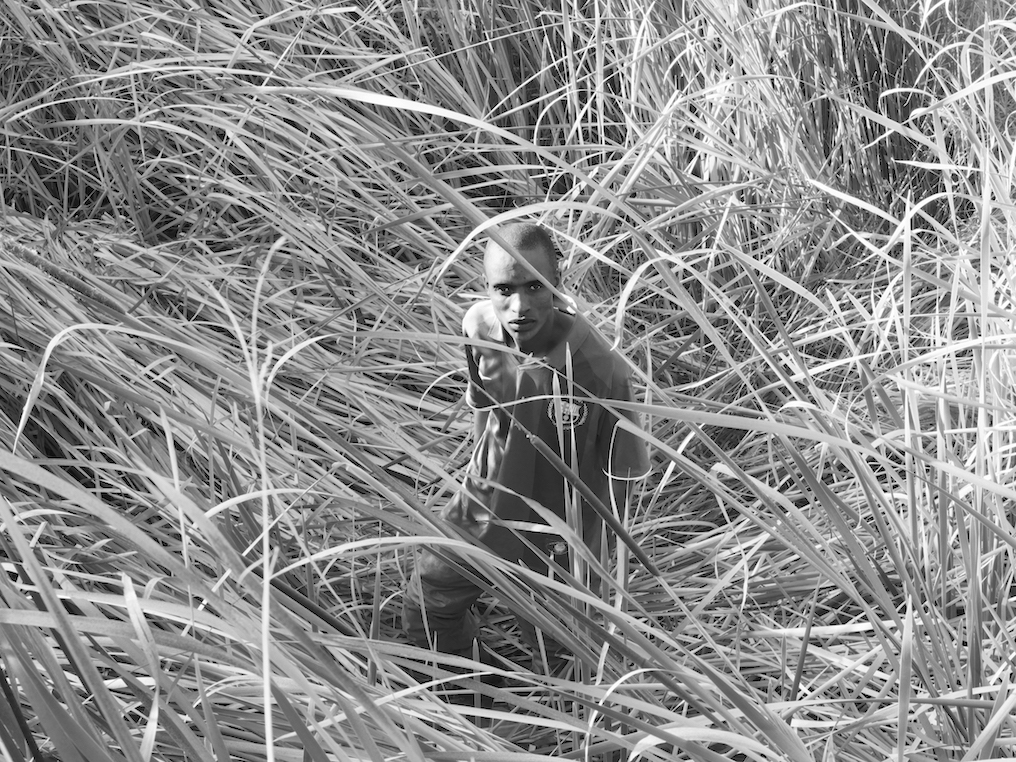 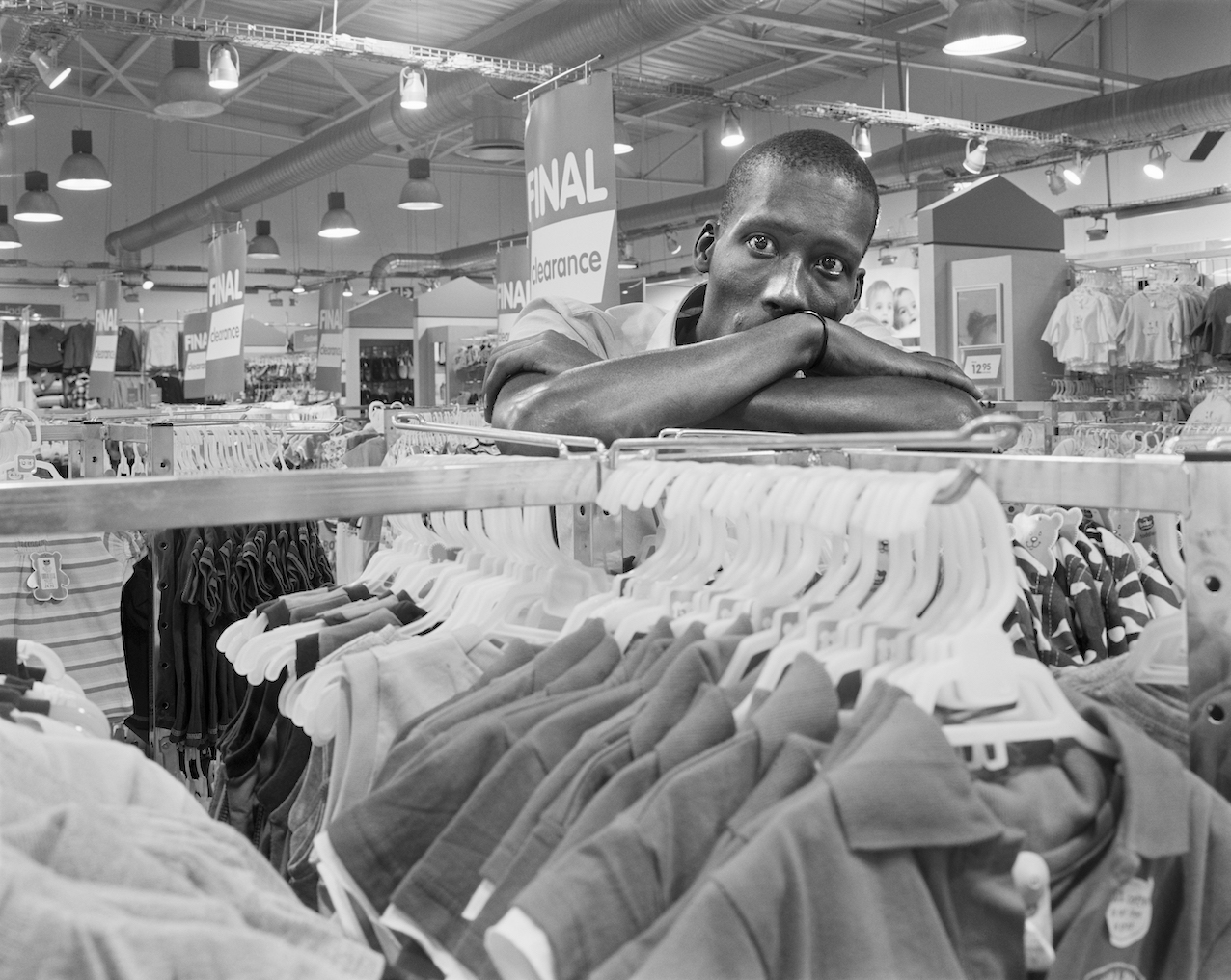 Errol Seboledisho where he was arrested for shoplifting in 2002. Protea Glen, Soweto, 13 February 2010 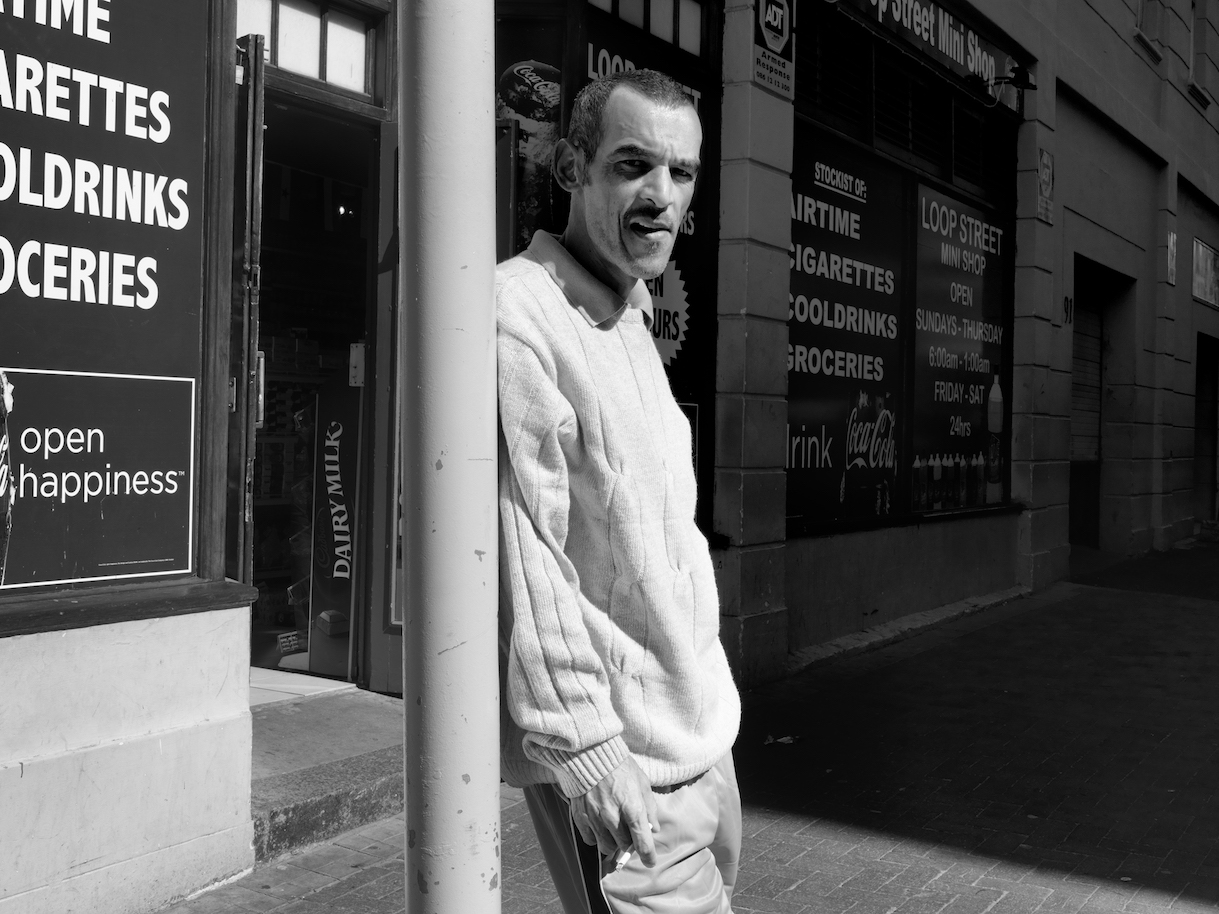 Moeneeb Jacobs at the shop in Loop Street, Cape Town, where he shot and killed the owner. 12 September 2010 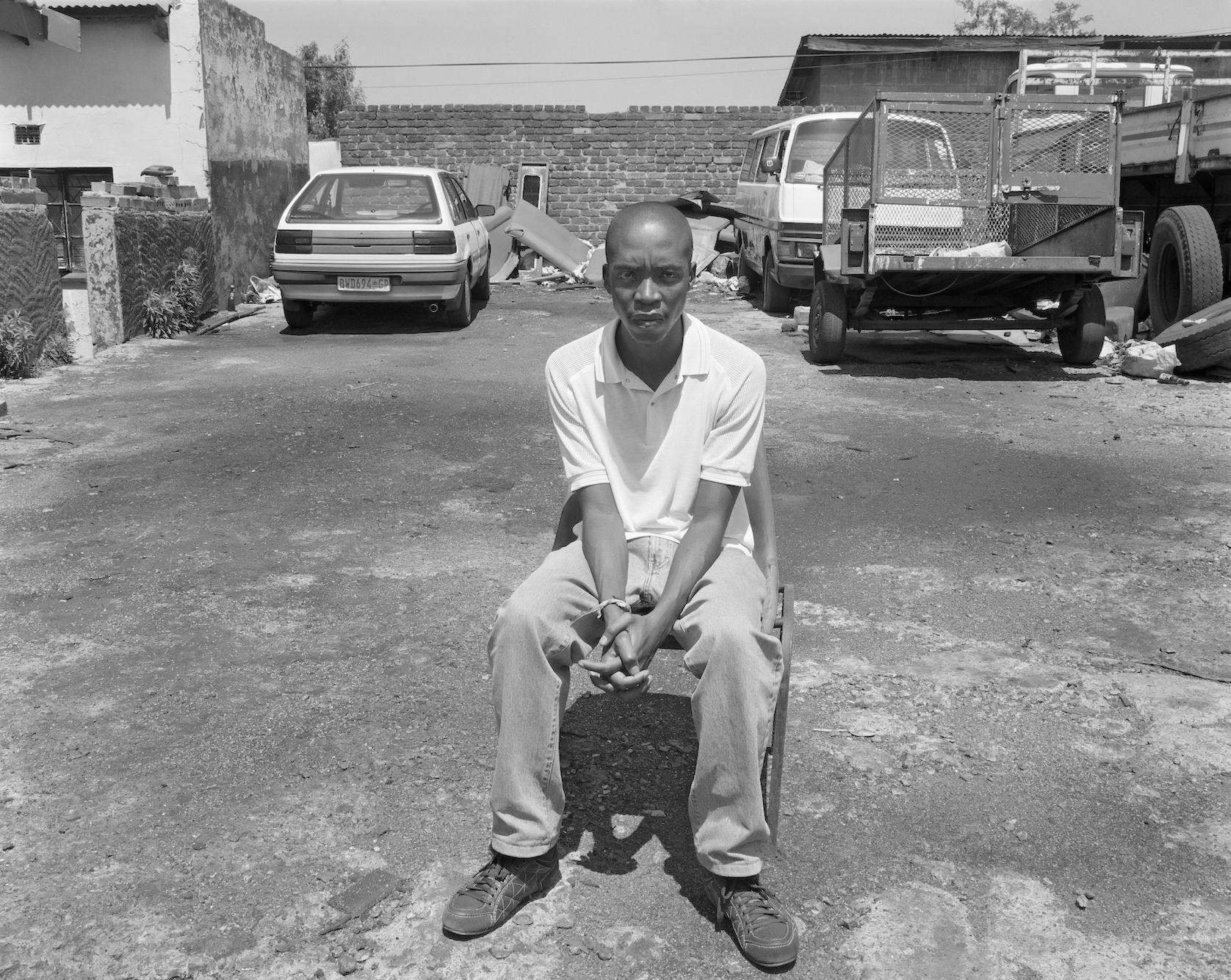 Mandla Khoza, found guilty of attempted murder in 2004 at this former coalyard in Rockville, Soweto. 2009

Ex-Offenders at the Scene of Crime is now available as a limited-edition photobook on Steidl.

Linkedin
RELATED ARTICLES
OTHER ARTICLES
Whether it's partygate, the climate crisis or the spiralling cost of living, the fightback begins on the picket lines writes Tommy Vickerstaff
Proposals to introduce a minimum GCSE threshold for student loans will disproportionately affect those from marginalised backgrounds.
The past five years have seen a staggering increase in foodbank usage across the UK. Now, staff fear things are set to get much worse.
LGBTQ+ students are keeping the spirit of the original Pride alive by fighting for liberation for everyone, not just their community.
Photographer Arthur Grace recalls travelling through the Soviet Bloc and finding ways to evade the surveillance of his work.
The last few years have seen an increase in LGBTQ-led initiatives to feed the hungry, with many finding ways to stay afloat despite the challenges.