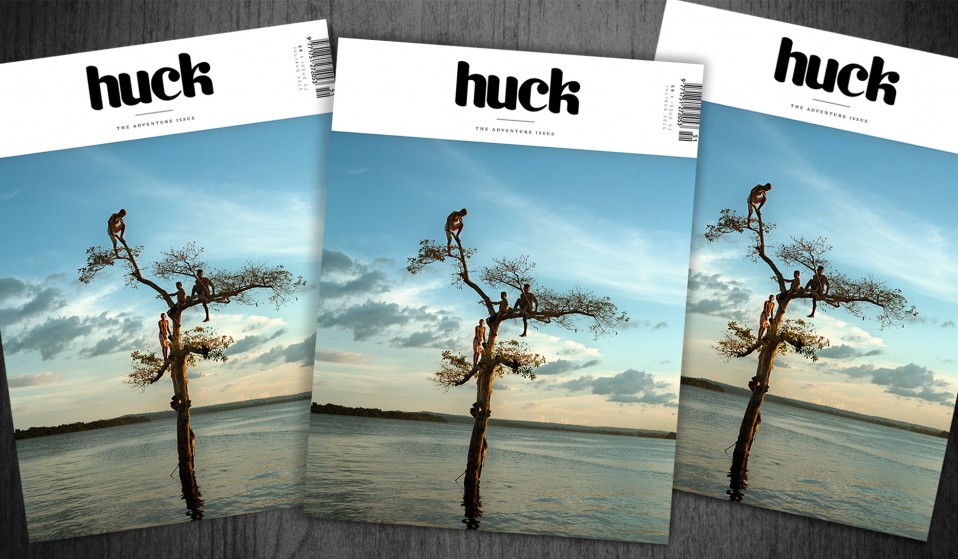 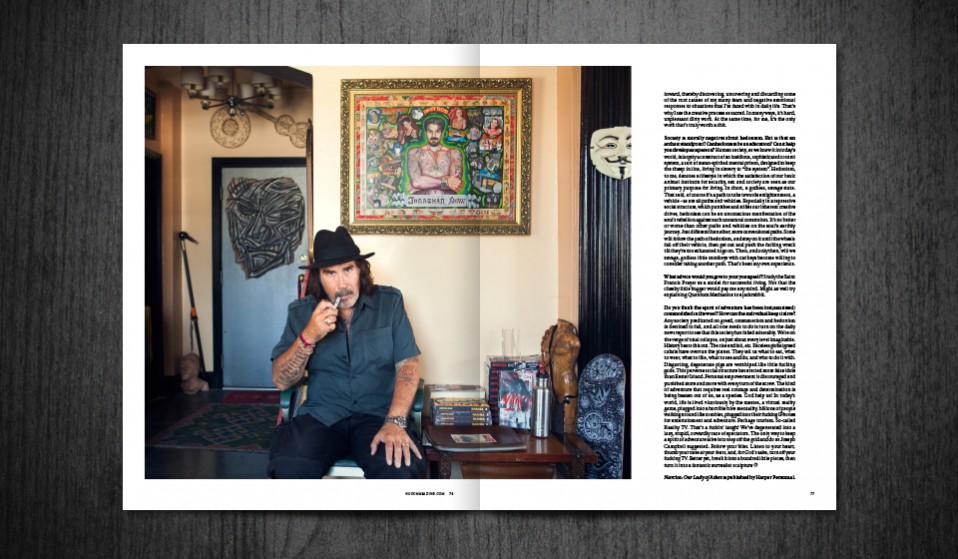 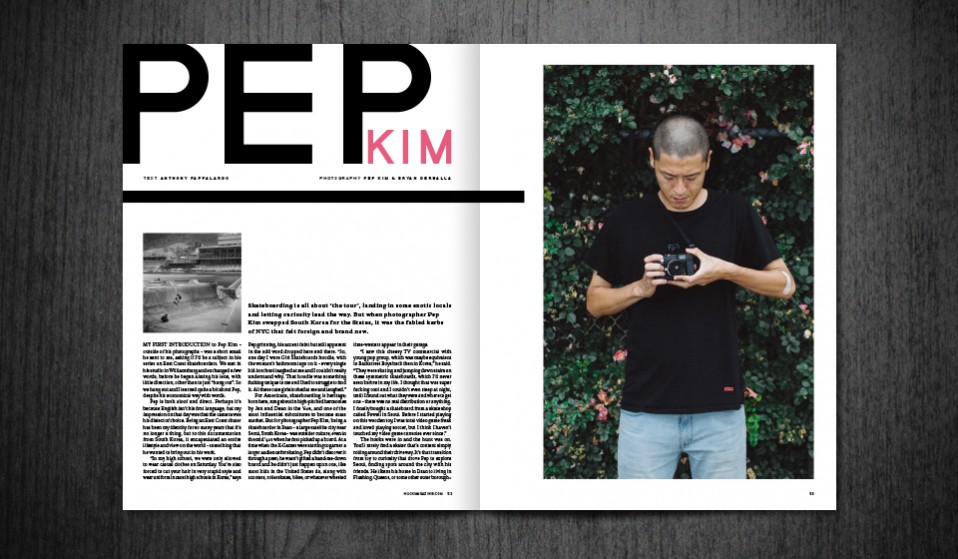 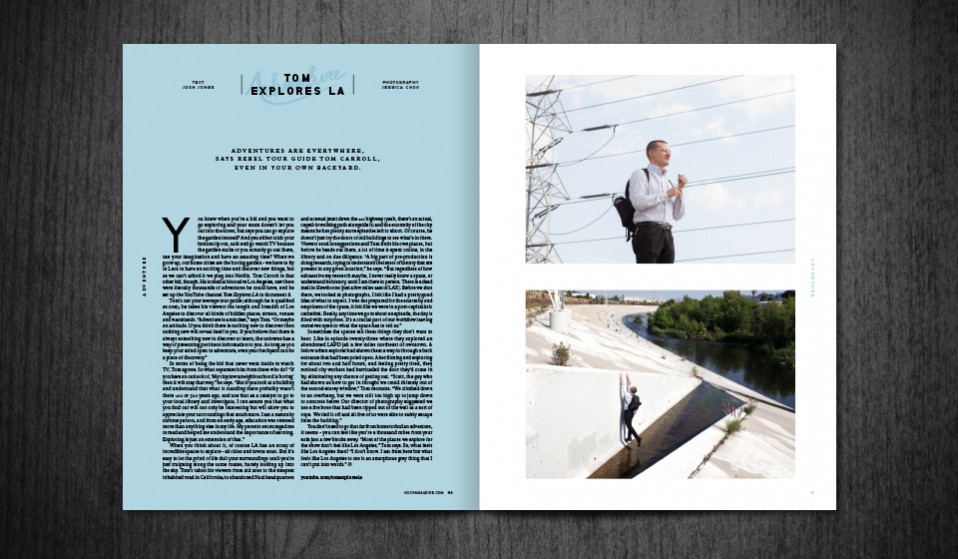 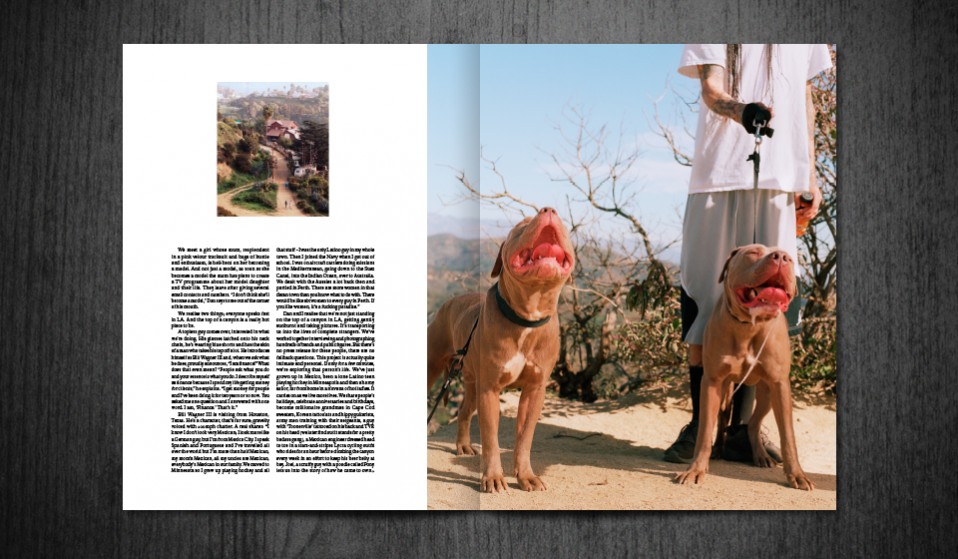 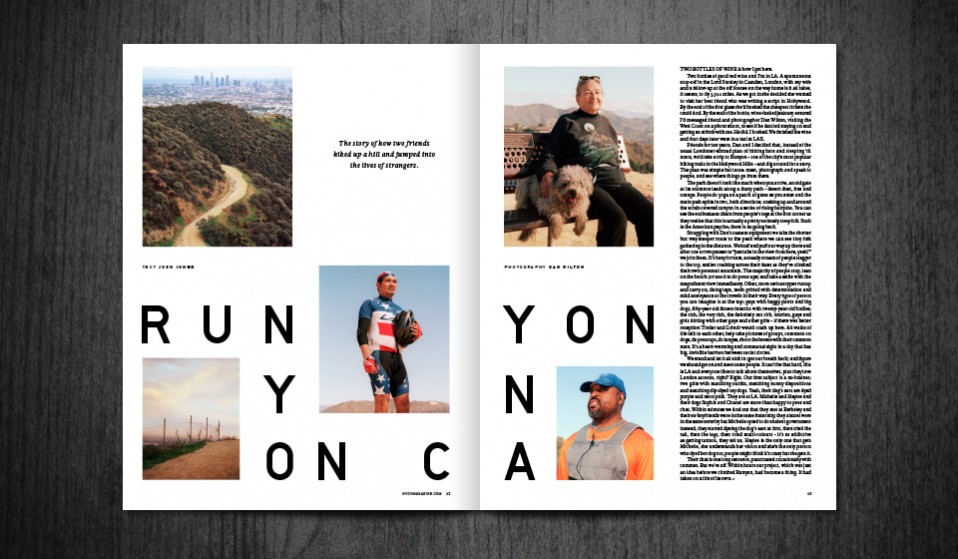 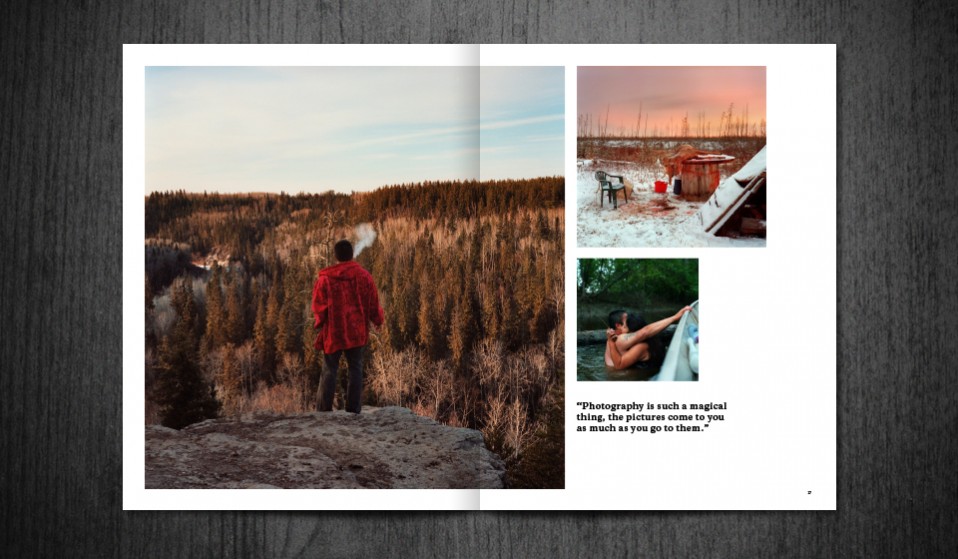 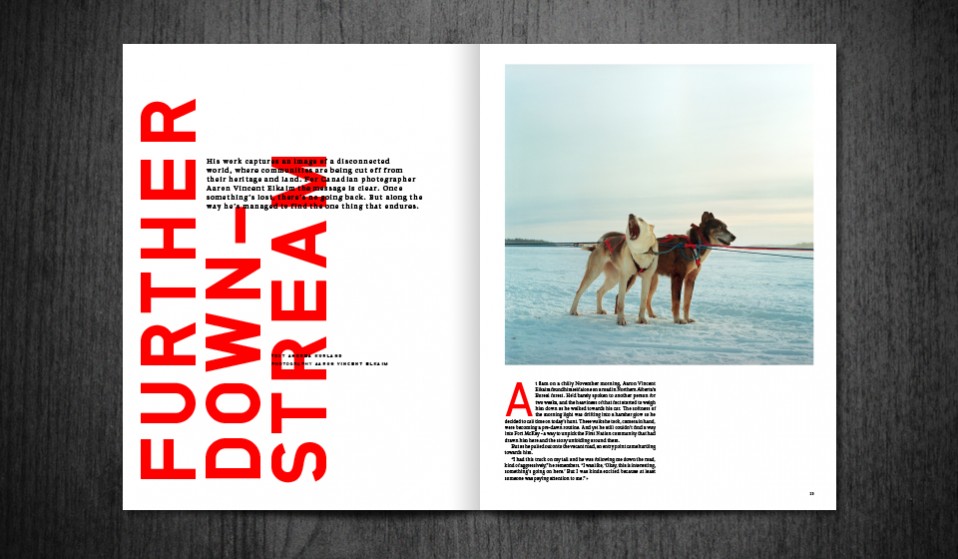 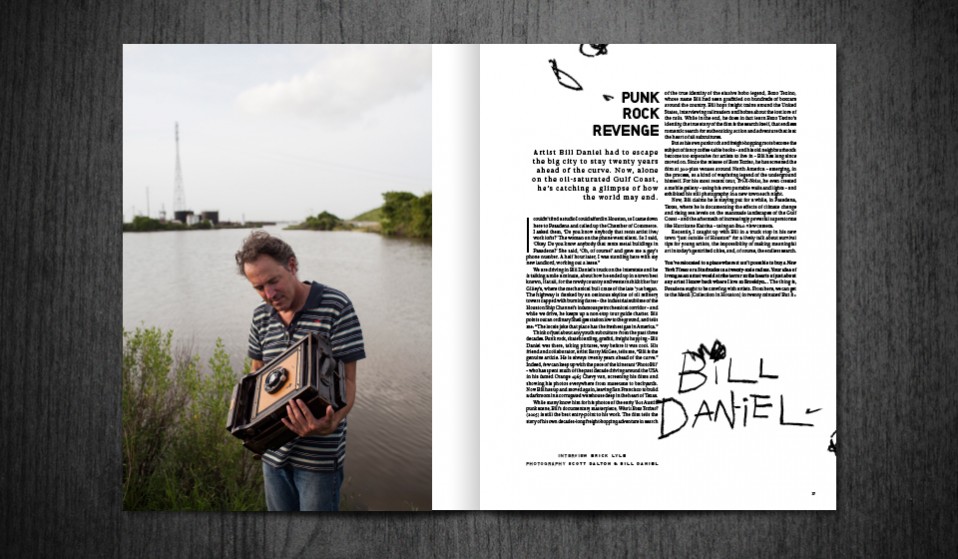 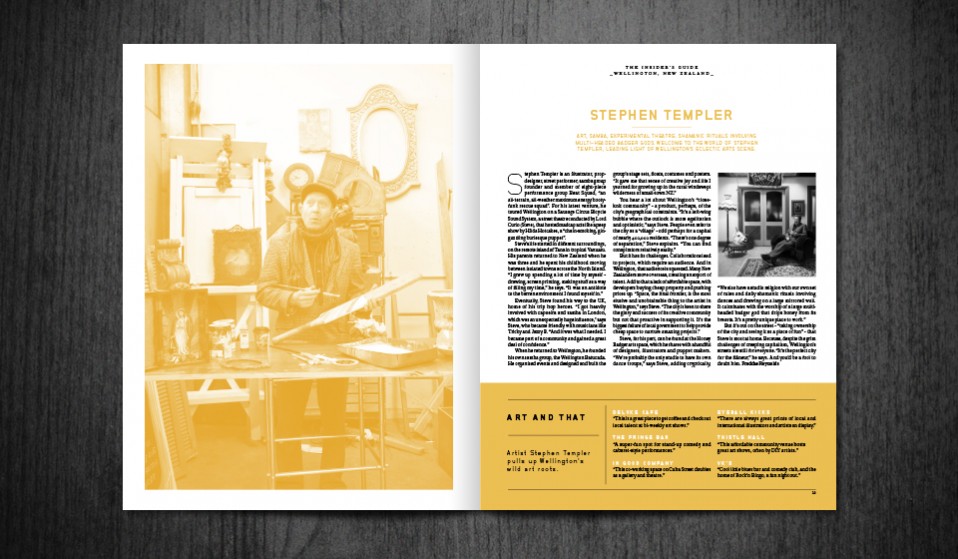 To shake things up at Huck, we’ve decided to spend the year exploring how other people get from point A to point Z without giving up on the one thing that keeps them going. Artists and photographers, musicians and creators – people who make damn sure they always dig what they do. We started with Origins, and found out how they got their start. Then came Survival, and they told us how they keep going. Now we’re at Adventure – the big unexpected twist(!) – the point in the plot where things hang mid-air. When someone steps into the unknown.

But what if adventure wasn’t just about fantastical trips? Or sticking your flag into someone else’s ‘undiscovered’ land? What if the greatest journey you will ever take is the one you’ve taken a thousand times? What if adventures could happen within?

Some people bring adventure into their own lives, shaking up the familiar by shifting their own mindset. Others make sure they venture out into the world and beyond the boundaries of their own private comfort zone. Whatever they do, however far they choose to go, they keep their eyes and minds open to new experiences.

Will they be transformed? A better question is: will you?

Order The Adventure Issue from the Huck Shop now.

Polar explorer Ben Saunders: Walking to the edge of the Earth and living to tell the tale.

Jonathan Shaw: He travelled the world and left a red-hot mark on the people and places he encountered, but the real adventure, he insists, is the one you start when you get back home.

Dee Ripoll: The Scottish surfer almost lost her entire world. Then she realised her world was much bigger than she thought.

Bill Daniel: Artist and freight-hopping documentarian Bill Daniel had to escape the big city to stay twenty years ahead of the curve.

The Insider’s Guide to Wellington, New Zealand: A portal to boundless adventures, but the city is much more than just a landing spot for adrenalin-junkies and explorers. It’s also a haven for music and art.

Wildlings of Helsinki: Huck heads to the Finnish capital to explore its greener verge, where a new generation of foragers are making the urban wilderness their home.

Valerio Polici: The Italian photographer came of age throwing his name up on the streets. Graffiti, he reflects, was the ultimate escape.

Roots Manuva: Rodney Smith takes wild seeds scattered across the globe – from leafy suburbia to the streets of Jamaica – and grows something new.

Jay Nelson: He makes wild contraptions out of wood that are the stuff of surfing lore. But for artist Jay Nelson, adventures only really kick off when things begin to go wrong.

Creepoid: Together, they gave up everything to become the band of their dreams.

Photo Essay – Further Downstream: Aaron Vincent Elkaim’s work captures an image of a disconnected world, where communities are being cut off from their heritage and land.

Alone We Stroll: Huck catches up with some modern-day flâneurs, who are strolling great distances away from the crowd.

Jalal Mansur Nuriddin: He may well be the grandfather of rap, but most people have never heard his name.

Matt Moniz: At seventeen, he’s climbed some of the world’s most dangerous mountains but it was his latest trip to Everest that taught him the true meaning of survival.

Nigel Cabourn: British designer Nigel Cabourn takes the lives of great explorers and turns them into stories you can wear.

And a whole load more.

Join us as we take a step back before jumping into the unknown. Subscribe today to make sure you don’t miss another issue in the series.  Grab The Adventure Issue from the Huck Shop.

Linkedin
RELATED ARTICLES
OTHER ARTICLES
Photographer Phyllis Christopher recalls capturing sex and protest at a time when the city had become a haven for the queer community.
Writers Matt Foot and Morag Livingstone explore how four decades of collusion between the government and the police have slowly eroded our right to protest.
Our new magazine is here, starring the inimitable Mitski. Order your copy now and join us on a trip around the world.
After news broke last week around an expected reversal of the 1973 landmark law that made abortion legal in the US, protestors gathered in the UK in support of American women.
The situation in Afghanistan remains dire, with many groups facing persecution at the hands of the Taliban.
In the latest OFFF Dispatch, the enigmatic designer dives into his process, connecting the dots between his unique and varied creative output.