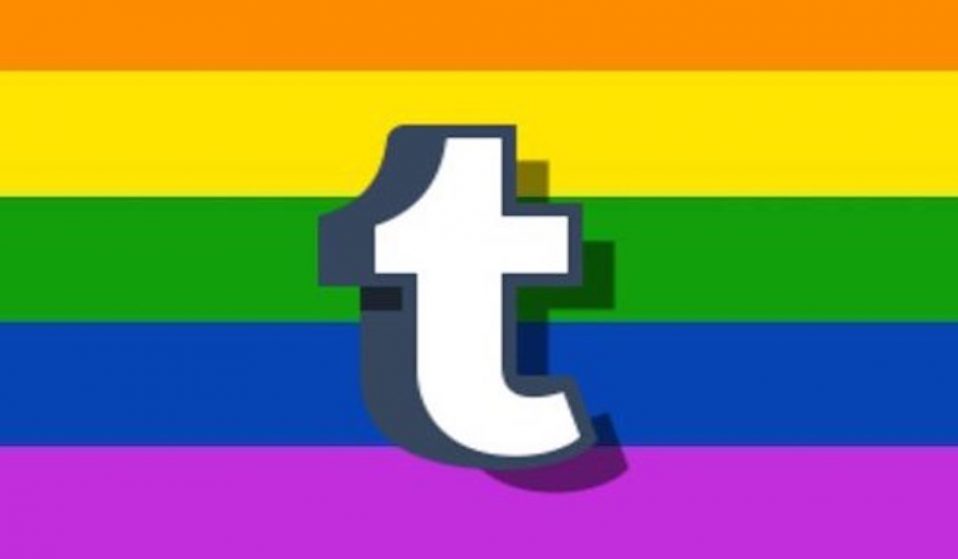 The blogging website’s ban on adult content threatens to alienate the most marginalised in society, and block future generations’ road to self-discovery.

The blogging website’s ban on adult content threatens to alienate the most marginalised in society, and block future generations’ road to self-discovery.

From the strange and sensual to the weird and wonderful, Tumblr, launched in 2007, has long been the engine of internet culture. Fandom communities are just a few clicks away from sexy posts, while blogs dedicated to “dank” memes share domains with artsy comic creators.

“People sorted their adult fanfiction and art right alongside gif sets and memes,” says Reapersun, an anonymous comic artist and gay erotica creator. “And that was fine.”

The Tumblr team had attempted to “create and enforce a policy that acknowledges the breadth of expression we see in the community”, explained CEO Jeff D’Onofrio in a statement. Without adult content, he said, “we have the opportunity to create a place where more people feel comfortable expressing themselves.”

The tumblr ban summed up in two screenshots: pic.twitter.com/uSVVLEohVZ

Featuring some of the most open digital communities, the inclusive parameters of Tumblr were a guide for a generation of digital natives. But the new policy threatens to alienate some of the internet’s most marginalised alternative communities.

“It was a cultural zeitgeist for my generation,” says Ashley, who began experimenting with DIY softcore content, like posting nudes on the platform, in 2011. “I found my home on there.”

“Tumblr introduced me to this global community who, like me, had grown up on social media, had been sharing their life online their whole life and were realising they could capitalise on it.”

“I’d had so much difficulty just finding places where I was able to post even mild same-sex artwork,” says Reapersun. “Many online spaces I’d been in before were male-dominated and not particularly welcoming to women or LGBTQ people… so it was very exciting to finally find a place where I could share my work, with few limitations, and engage with other fans in a positive way.”

“It felt very safe, creating content for each other without having to share it with a larger, mainstream community that might not see it the same way we do.”

She thinks the ban could leave marginalised people without a space to express their sexualities. “‘Protecting the children’,” says Pappel, “is an ever-recurring argument from right wing and homophobic lobbies for convincing the public opinion to accept measures that actually discriminate or even criminalise LGBTQ+ communities, art and practices.”

not to be a melodramatic tumblr kid about it, but this platform was hugely important for me as a weirdo homeschooled religiously-repressed teen. we're losing a lot here, and I hope the weirdos of the future find a better home than this https://t.co/2FBcEbbzvk

“It will identify explicit content if half a page has beige skin colour, but won’t notice blow job shot that’s shot in blue light,” says Ashley. Even an article she published on Medium about the ban was flagged as pornographic both by Tumblr and Facebook.

“I find it troubling when sexually explicit media or things to do with sex are blanket banned,” he says, adding that placing the onus of children’s safety on internet companies is wrong. “It’s throwing things on platforms rather than addressing core issues of consent and sex ed that can be addressed separately.”

While it is increasingly important to keep children safe from harm on the internet, sex workers are also having their safety jeopardised by the internet’s new status quo. “It feels like every couple of weeks or months, there are new community guidelines,” says Ashley. “I’m really scared at how quickly we’re losing our freedom of sexual expression in online life.”

In June, Patreon, a subscription service platform that Ashley used to monetise her adult work for four years, suspended all adult content creators. Ashley had two days to delete everything off her page, and leave. “There is no safe space for us, we’re always being removed, having to start again.”

Of course, social networks with user numbers in their millions, such as Facebook and Tumblr, are corporate entities with responsibility over what is posted on their platforms. But Ashley says the push towards online spaces that are suitable for all ages undermines the purpose of social networks: “Often a safe space doesn’t mean a space that’s safe for everyone.”

There are other places for adult content on the internet, as D’Onofrio said in his announcement. But there are very few that Tumblr’s adult communities could find new homes in – Twitter is one of the only remaining NSFW content-friendly platforms left in the mainstream.

“A lot of people, like me, are going to be a bit lost for a while.”

Linkedin
RELATED ARTICLES
OTHER ARTICLES
For decades, an area of East London has served as a community hub for Vietnamese people looking for a taste of home.
Photographer David Hoffman recalls documenting the extreme wealth inequality around Tower Hamlets and Hackney int the 1980s.
Yesterday queer activist group Lesbians and Gays support the Migrants staged a die-in at the Pride in London parade to protest the inclusion of police in the march reports Huck politics editor Ben Smoke.
With inflation now at a 40-year-high of 9 per cent, demonstrations organised by TUC took place to demand action from the government.
In the wake of the decision by the supreme court to overturn Roe v Wade, thousands of protestors filled the streets to express their rage and anguish.
Photographer Arthur Grace recalls travelling through the Soviet Bloc and finding ways to evade the surveillance of his work.