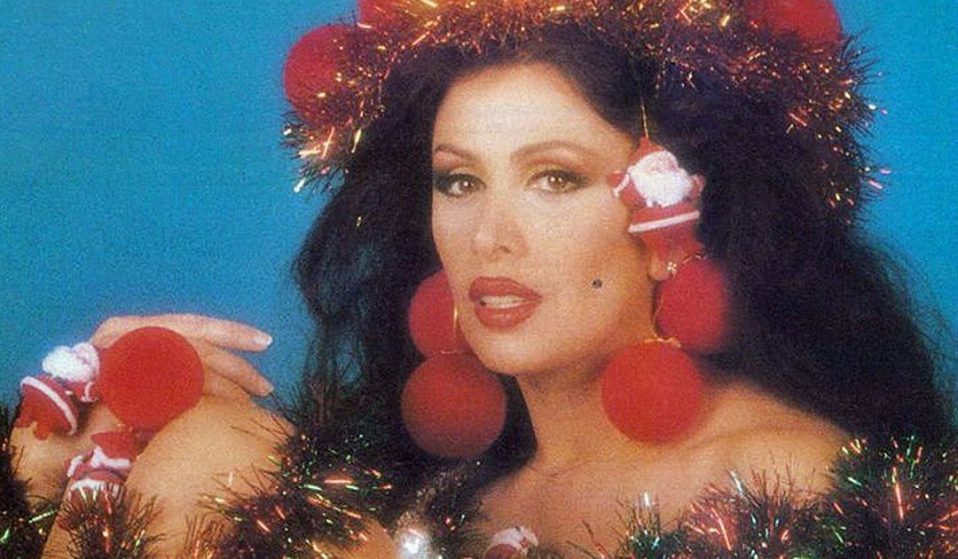 Lebanese artist and designer Marwan Kaabour discusses his new Instagram account devoted to documenting LGBTQ+ narratives in Arab history and popular culture, which have all too often been cast aside.

“For the longest time, queer Arabs would either disguise their stories to become more palatable to a less-than-accepting audience, or refrain from telling their stories altogether,” says Marwan Kaabour, the Lebanese artists and designer behind the Instagram archive, Takweer. “They knew there would be backlash from family, work, society or the state, which can be dangerous,” explains Marwan.

Fusing Arabic and English, Takweer translates to ‘to make queer’, which succinctly encapsulates Marwan’s mission. “I am trying to queer Arab history and popular culture by looking at it with a queer lens,” he says.

“Takweer also happens to be a name of a Surah from the Quran that talks about the coming of the day of judgement. In Arabic, Takweer literally translates to ‘make something in spherical form’. So in my hopelessly romantic brain, I think of it as to look at and create the world with a queer vision,” he continues. 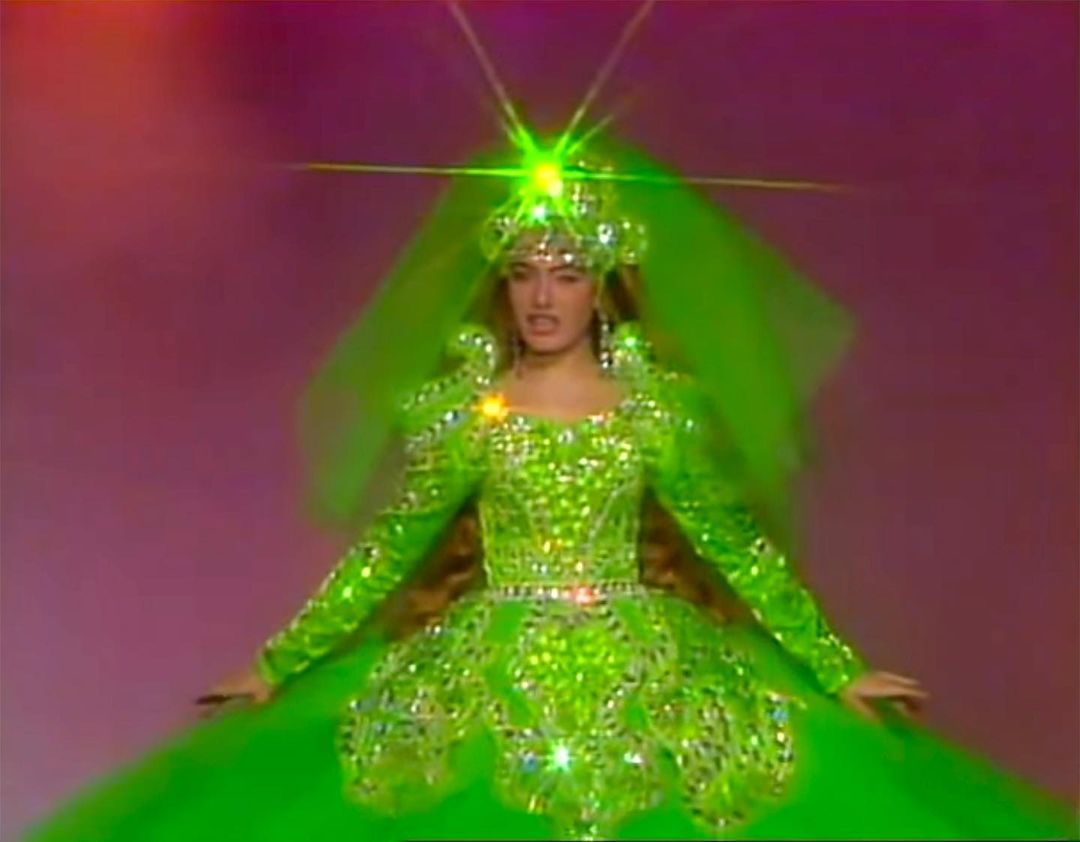 Film still from ‘Hagat We Mehtagat’ Fawazeer series, starring the trailblazing Egyptian icon Sherihan and directed by Gamal Abdel Hameed, 1993. Fawazeer, which translate to riddles, are a popular variety of TV shows that air during the month of Ramadan.

Driven by a desire to uncover queer history from his own culture and to understand the experiences of those who came before him, Marwan collects, curates and documents stories, giving them a space in history. “We tend to forget that prior to the colonial and imperial powers that have dominated our nations for so long, there are long stretches in Arab history that showed a far more open and relaxed attitude to sexuality and gender identities,” he explains. “I wanted to shed light on those narratives, so we can feel that our existence is a continuation of one that stretches way back.”

The digital archive consists of accounts of queer Arabs across centuries, from the story of Iraqi trans folk singer Masoud El Amaratly, to the first recorded lesbian relationship in Arab history. “I am trying to show that queer people have existed, and in many cases were celebrated and loved, amongst Arab societies and families, whether during the time of the Pharaohs, at the very heart of the Islamic Empire, or in a rural town in Iraq at the turn of the century.”

Beyond documenting historical stories, Takweer holds a space to honour figures and references from Arab popular culture that are inherently queer, from clips of the popular ‘80s Egyptian actress Sherihan to unintentionally homoerotic stock photos. “Arab and camp aesthetics go hand-in-hand, so it’s no surprise that every now and then, I share a visual from Arab popular culture, such as a screenshot from the infamous May Hariri interview on Pakistani Television, that us queers relate to. It’s an inside joke. It’s a secret language. Not everyone has to get it, but it’s important to celebrate those less obvious instances as much as the more thorough historical narratives, “ Marwan explains. 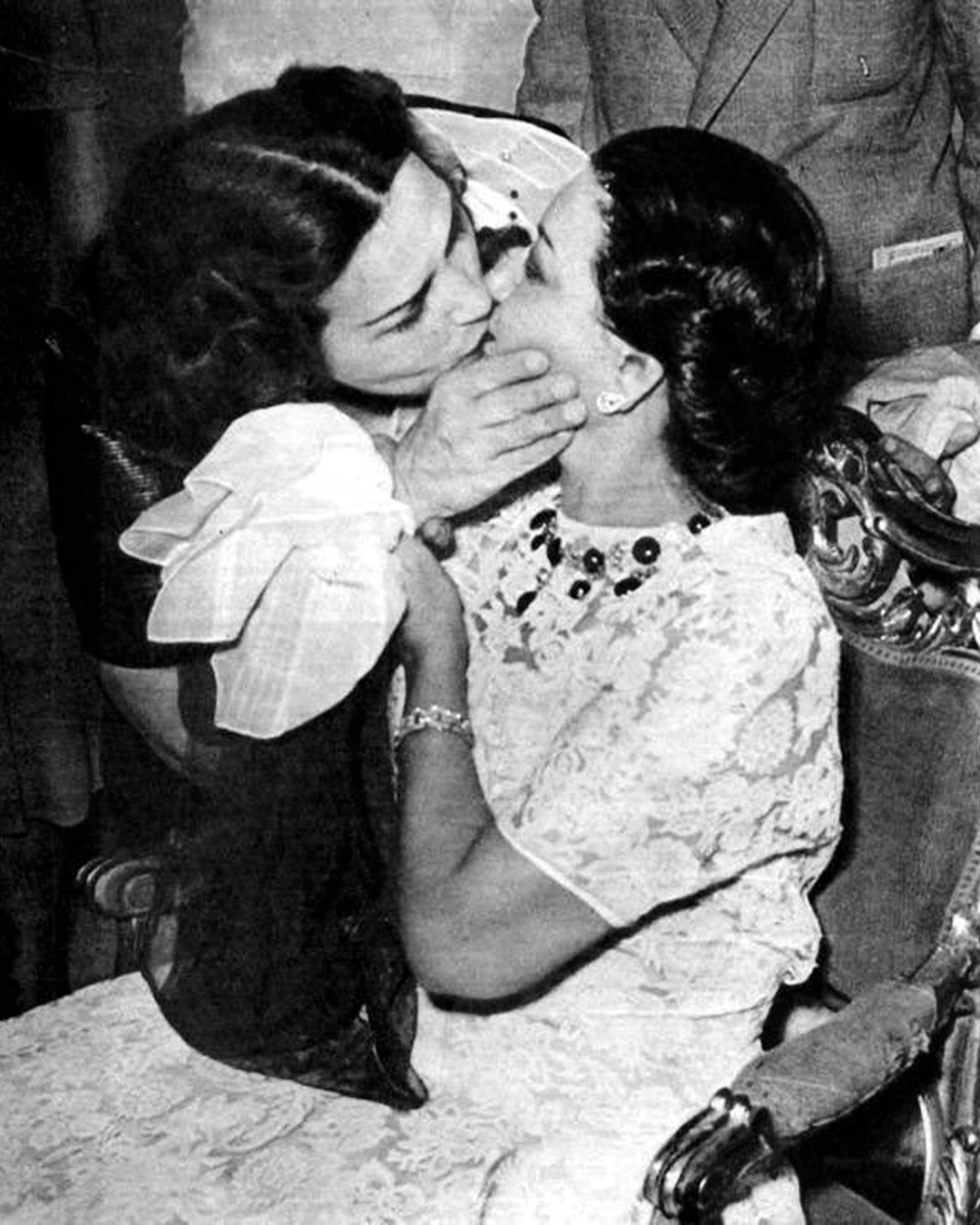 Legendary Egyptian singer and icon Um Kulthum receiving a kiss from an unidentified woman, possibly an admirer. There has been a lot of past and current speculation surrounding Um Kulthum’s sexuality whether from alleged stories or analysis of her own music, none of which reached a conclusive answer.

By uncovering these stories, Marwan’s objective is to challenge some of the misconceptions that surround Arab countries. “We’re constantly being told, whether by Western media or by our own Arab politicians and public figures, that Arabs (and primarily Muslims) are inherently conservative, homophobic, misogynistic and narrow-minded,” he says. Indeed, the picture is a lot more complicated than this. Despite almost non-existent gay rights in the Arab world, there does exist a thriving LGBTQ+ community fighting for recognition and acceptance in the country.

For a growing group of queer Arabs, Takweer has become a virtual community space, allowing those who are uncomfortable expressing their queerness to connect with their culture and express themselves. “For many queer Arab kids trying to navigate the complex world of self-identity, sexuality, family, society and religion, I hope a platform like Takweer can give them a sense of comfort, security and belonging.”

Beyond Instagram, Marwan is currently working on self-publishing a glossary of words and terms used to refer to LGBTQ+ people from across the Arabic speaking world and hopes to continue sharing these stories and facilitate conversation through publications, exhibitions and workshops. “I want to use my position to tell these stories that have long been untold. I am simply trying to claim the space that we, queer Arabs, rightly deserve in our own history,” he says. In the future, Marwan’s hope is that Takweer can grow into a collective that embodies the different voices within the queer Arab community. 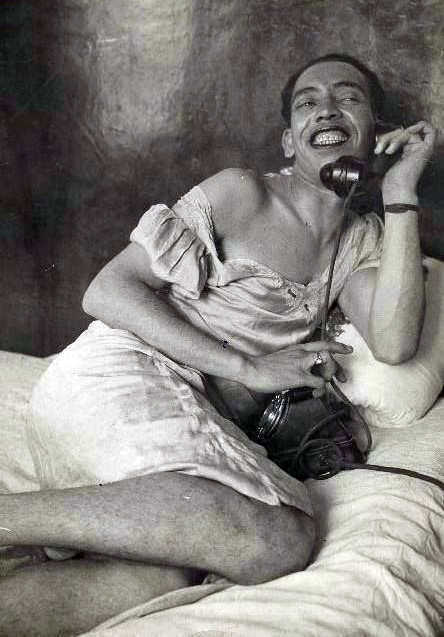 Undated photograph of Egyptian comedy genius Ismail Yassine (1912–1972) in a women’s nighty. Yassine famously donned full drag to portray the character of ‘Al Anisa Hanafi’ in the movie of the same name in 1954. “Miss Hanafi” was the first Arab film to address trans issues and gender re-assignment in Egypt, and it was a smashing success. 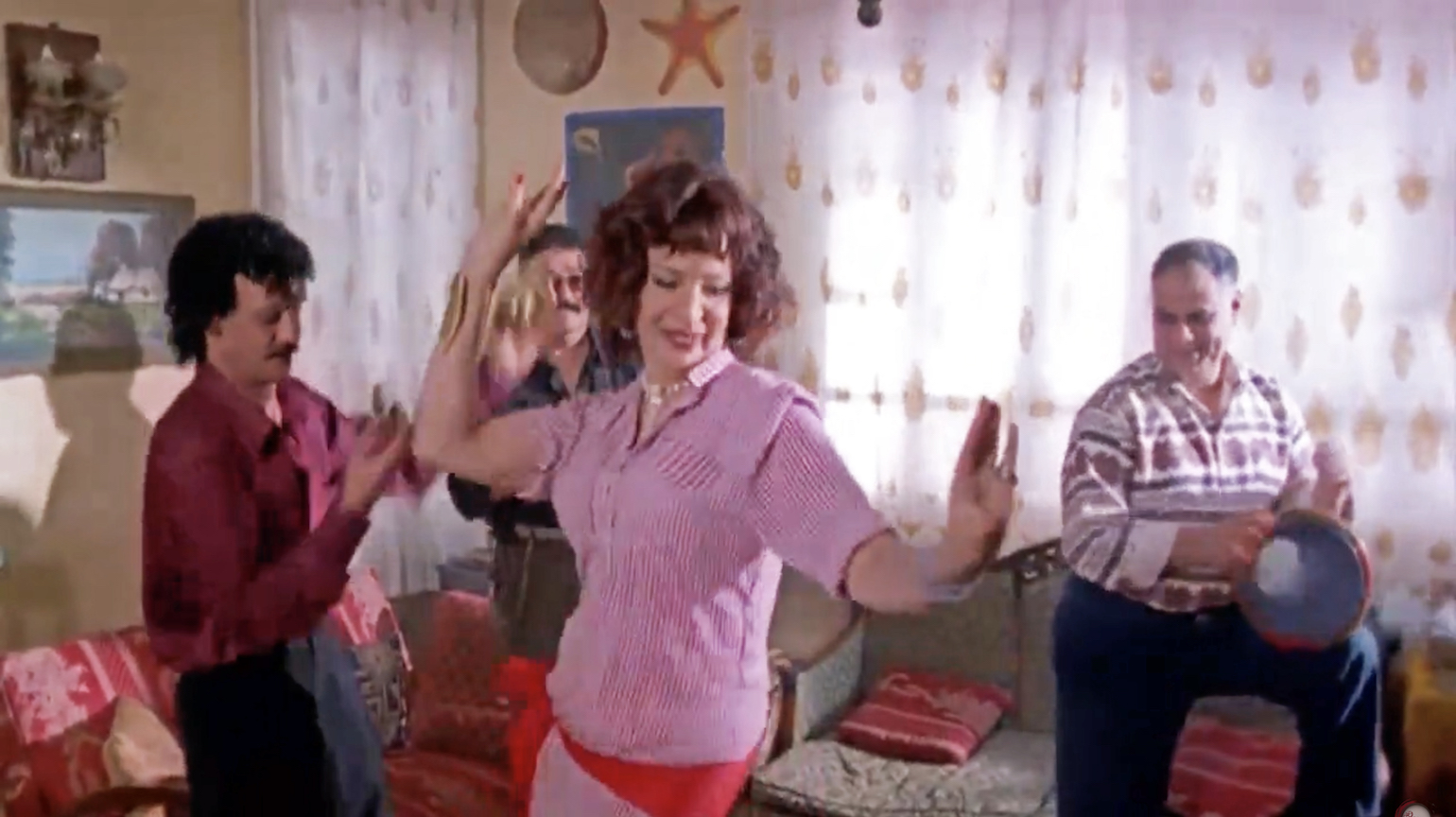 Screengrab from Egyptian film ‘Askar fi El Moaskar’ (2003), showing actress Hanan El Tawil portraying the character ‘Sit Korea’. Hanan El Tawil (b. 1966) was an Egyptian trans actress who was active between 1999 and 2003, until her untimely death in 2004. She is understood to be the first openly trans Arab woman to be featured in movies, television and theatre. 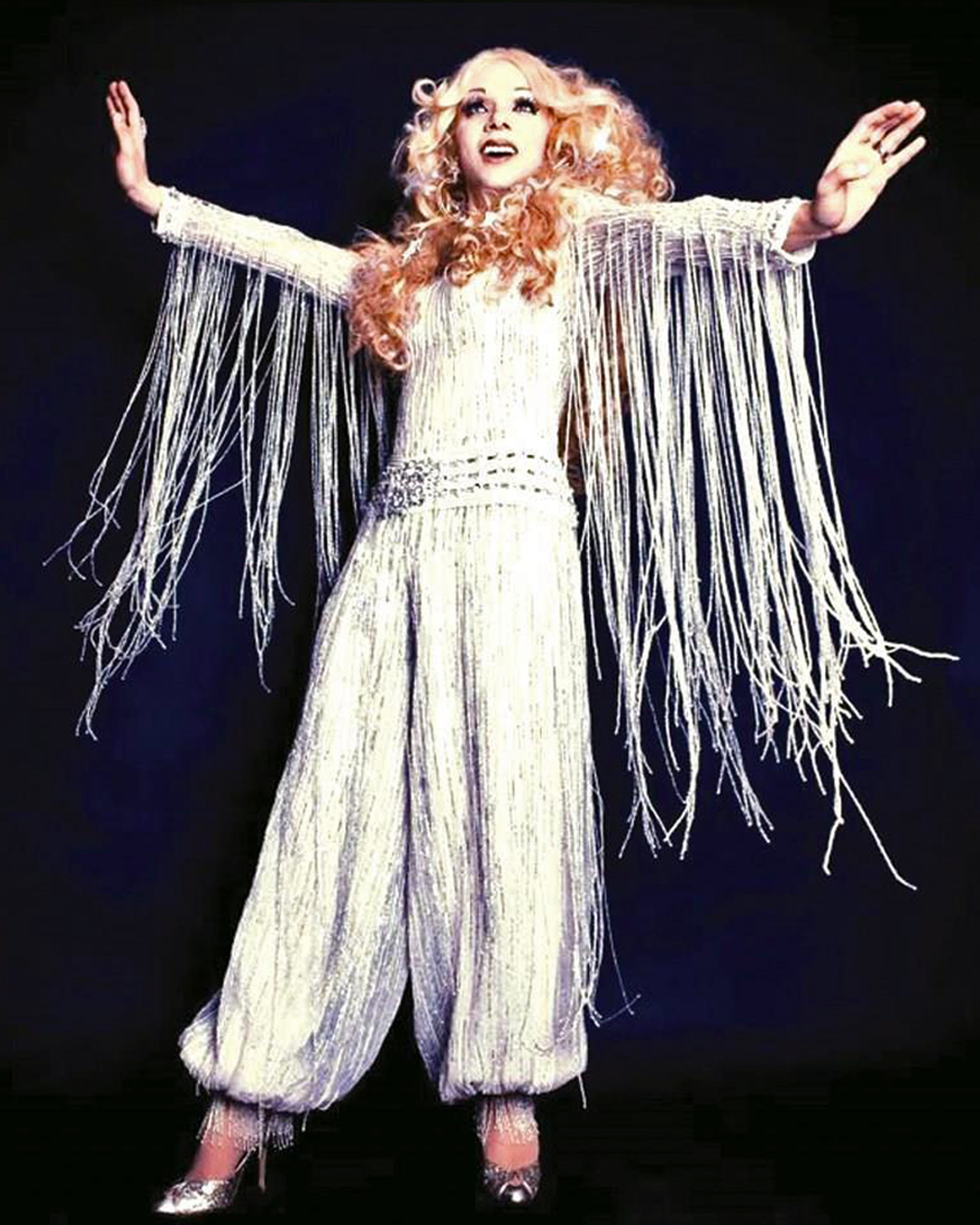 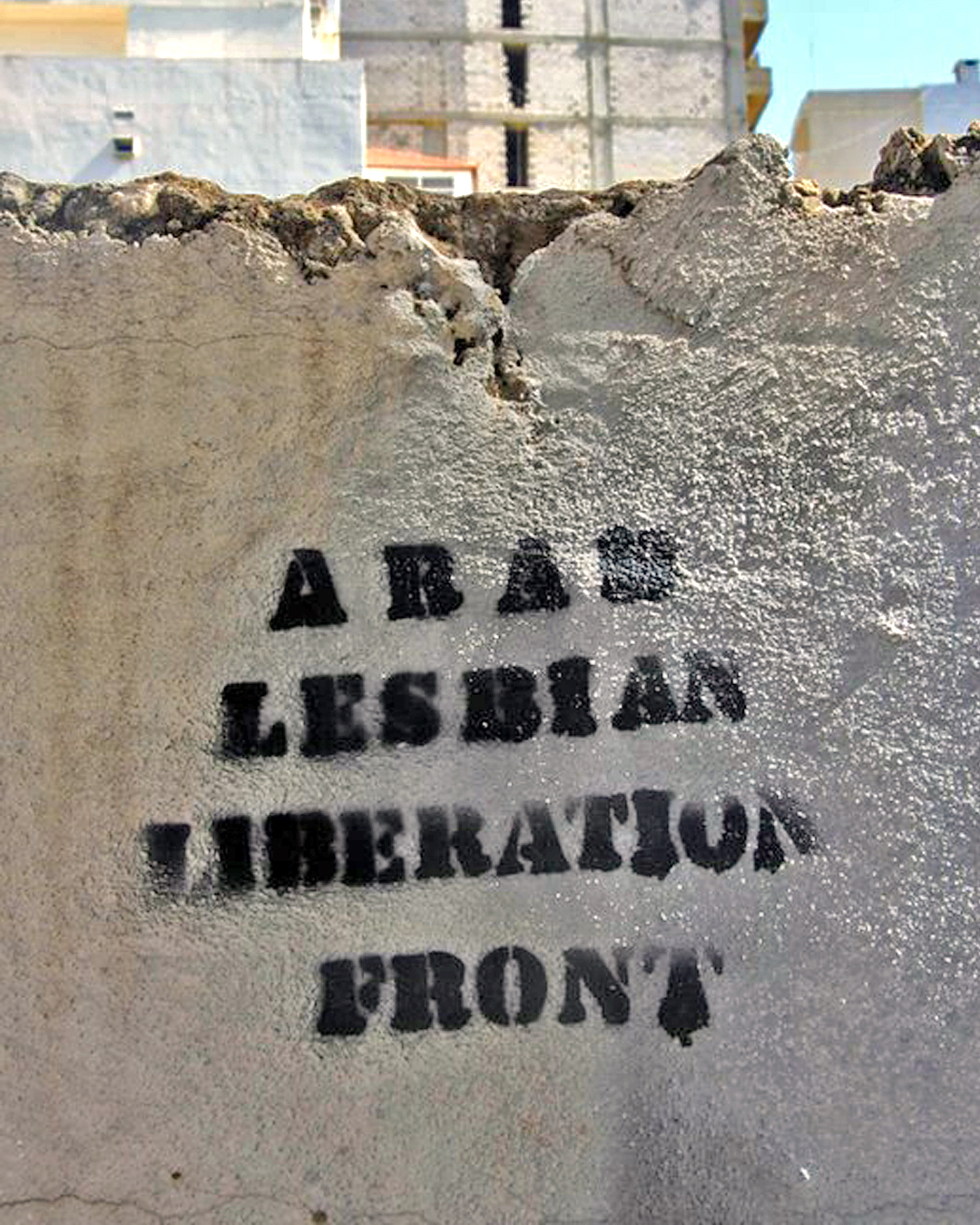 Linkedin
RELATED ARTICLES
OTHER ARTICLES
Financial turmoil is pushing people who work in the sex industry into more dangerous and desperate situations as a means of survival.
For over a decade, gamblers have won big by employing people to place live bets from the court. But does this dubious method still work?
By turning a real-life crisis into daytime television fodder, TV bosses have once again shown themselves to be completely out of touch with audiences.
A group of young Palestinians have found temporary freedom in the act of parkour, reimagining wreckage and ruins as a series of high-octane playgrounds.
The two-day long event returned to London this year, showcasing a spectacular parade, steel bands and Caribbean food.
The idea that a younger generation is abandoning work has become a popular narrative online, but it doesn’t necessarily reflect reality.