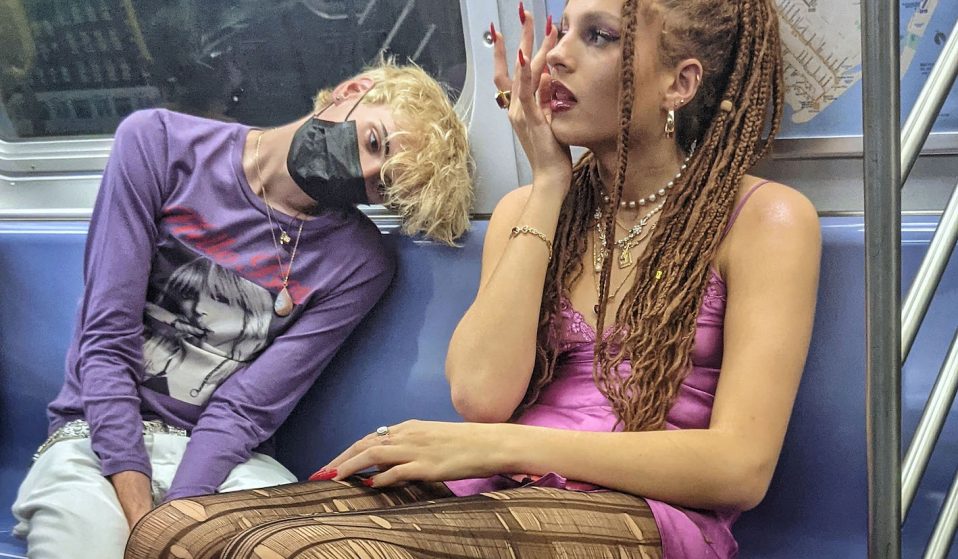 In the early 1990s, while Chris Maliwat was attending high school in Kansas City, he and his drama club took a trip to New York City. Between visits to the Broadway Theatre District and seeing some of the city’s other most iconic sites, they would take the various subway lines to move around town.

The busy cars, with their bright lights and sudden stops, were an experience that Maliwat and his friends had never encountered before. “Kansas City isn’t exactly small, it wasn’t like I was a complete country bumpkin – but nothing compares to New York,” says Maliwat. “It felt like teleportation. You go in, the doors close and then moments later you emerge in a completely different part of town.”

Now decades later, after first experiencing the hustle and bustle of mass transportation, Maliwat lives in New York, where he has resided for the past twelve years. The subway still amazes him to this day, and now as a photographer, he has been taking pictures of residents who rely on the 36 lines to travel around the city every day. After originally making the pictures for his Instagram, they are now collated in his debut monograph, Subwaygram.

The portraits are a vivid snapshot of the diverse communities of New York. People from all walks of life are featured – from those living in uptown Manhattan, Queens or Maliwat’s home area of Brooklyn – to people of different ages and racial backgrounds. From the clothes that they wear to the way that they hold themselves, these are individuals bursting with character. 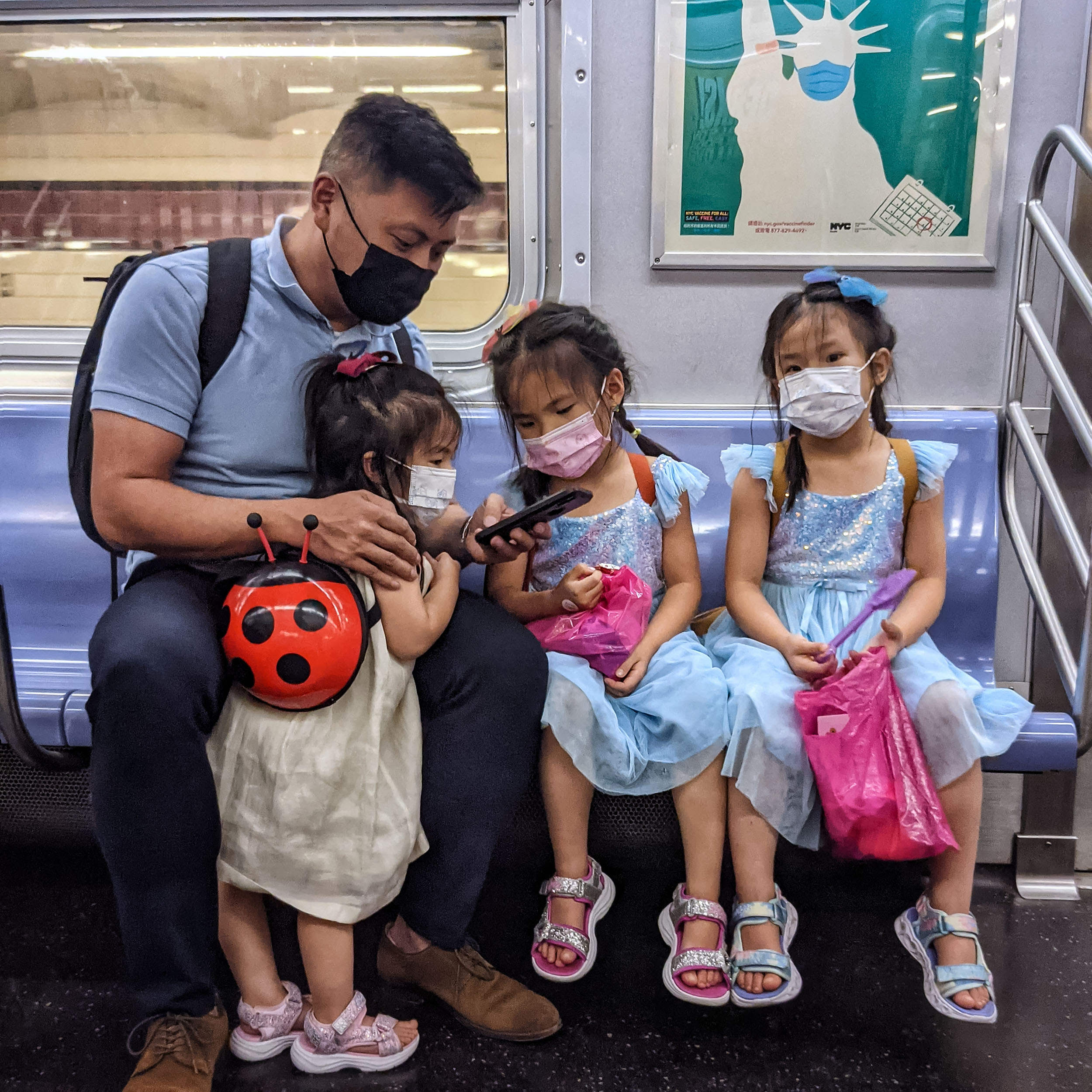 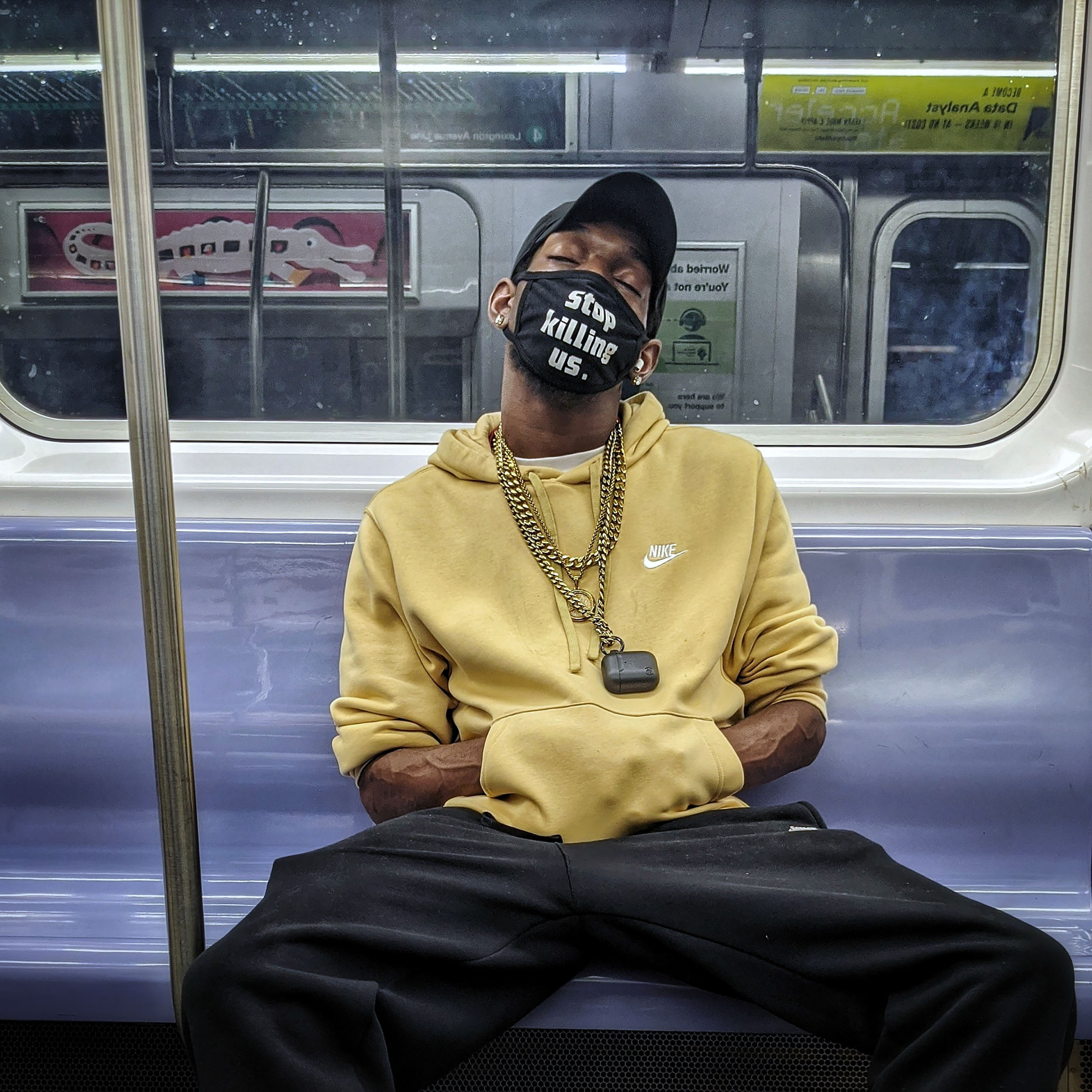 Maliwat first started taking pictures of people on the subway in 2012. Wanting the photographs to feel as organic as natural, he shot all of the photographs on his Google Pixel smartphone – often with his arms crossed and looking away so as not to divert attention to the camera.

“When anyone sees a lens, their posture changes,” he says, squaring his shoulders to demonstrate. “Even when it’s one of your friends taking your pictures, you are immediately pushed into this shell of who you really are – that’s what I wanted to avoid, because it doesn’t feel like you’re authentic in those moments.”

Authenticity shines through in the book, even when face masks cover the jaws and noses of the subjects. Maliwat had originally thought that the masks would conceal the personality in his photographs, but instead he found the opposite.

“I thought with masks you wouldn’t be able to capture emotion,” he says. “But what I realised is I wasn’t looking in the right places – it’s the shoulders, it’s the body position – more in the eyebrows.” 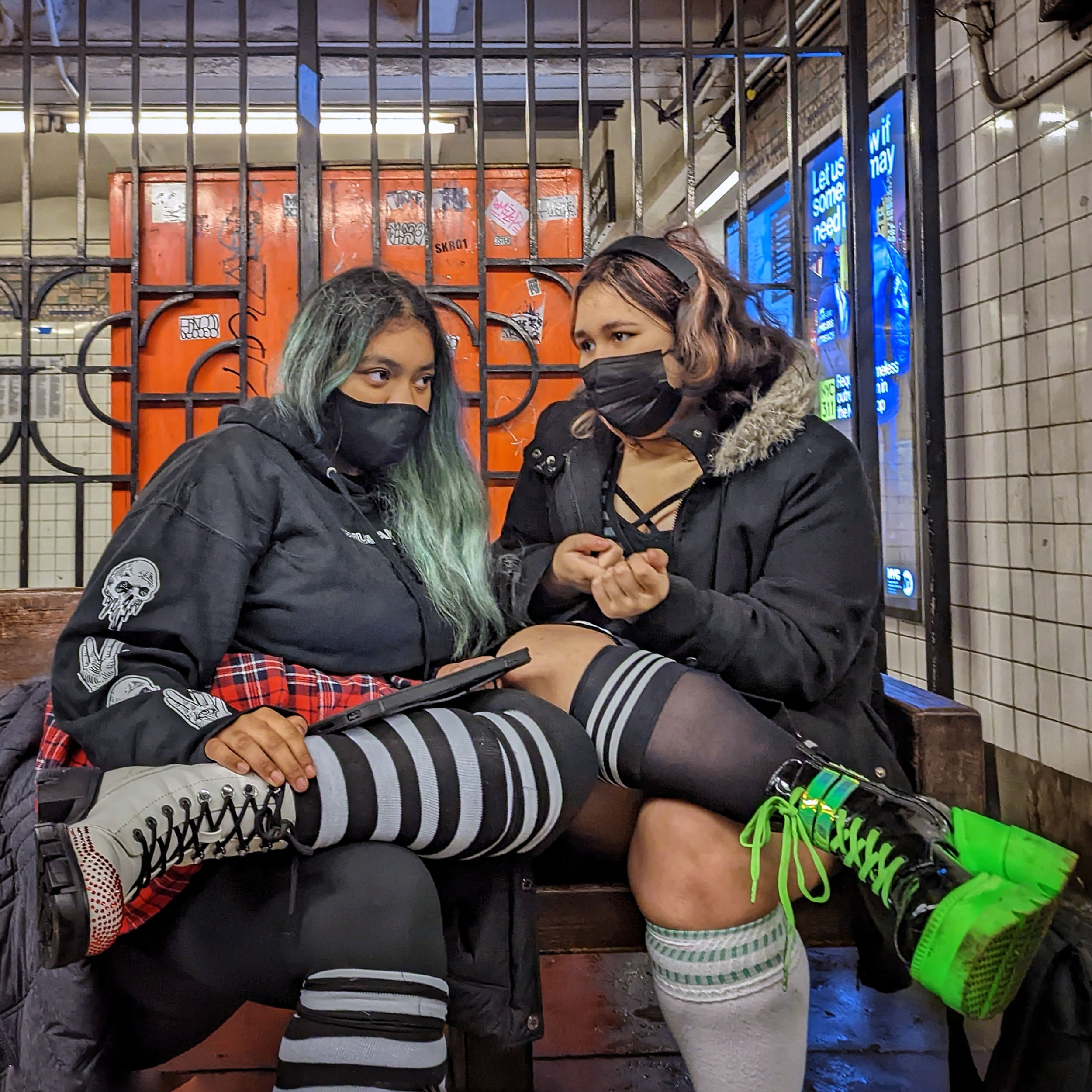 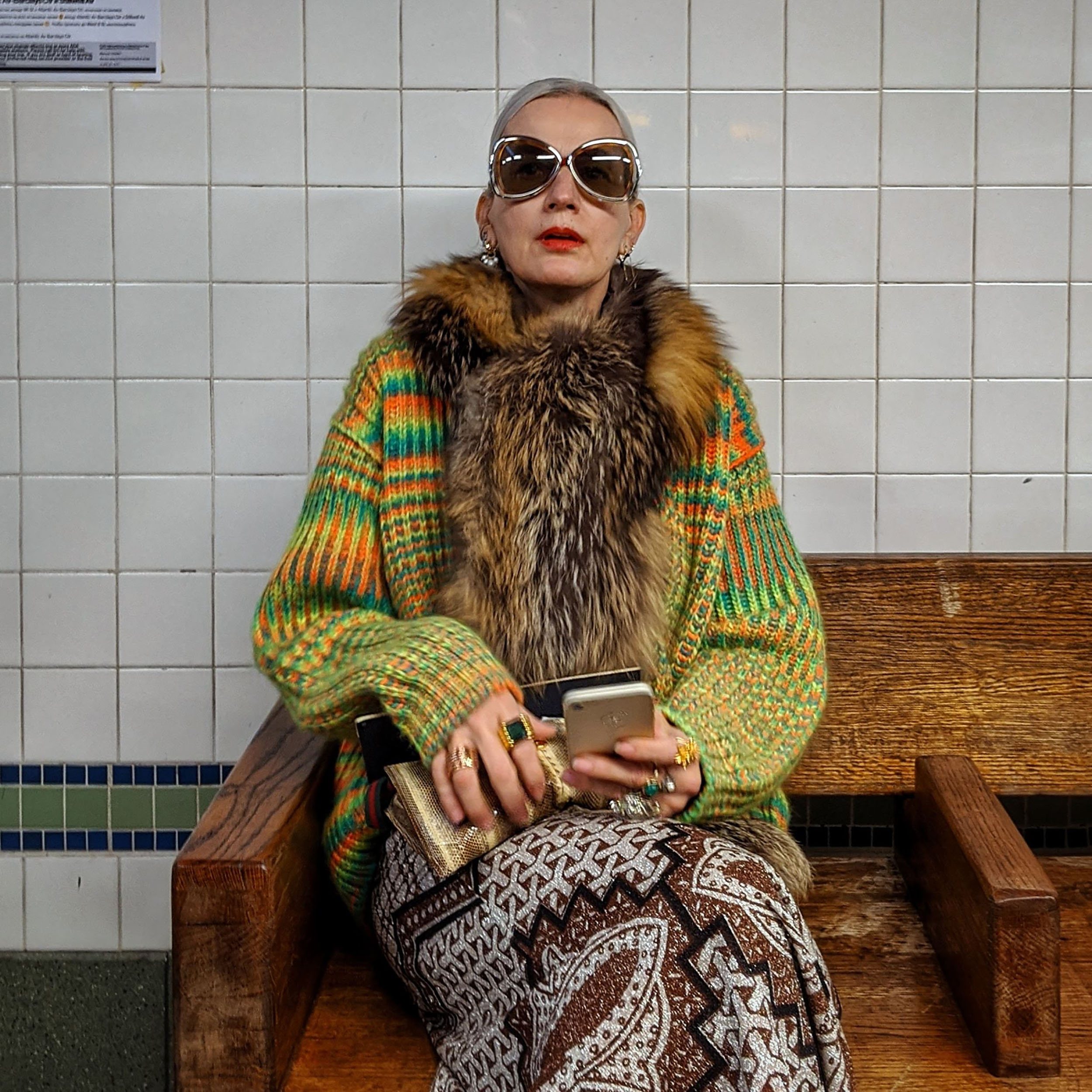 As well as being a snapshot of life during the height of the pandemic, Subwaygram tells a wider story of New York in the last couple of years. While the pandemic brought everything to a standstill, racial tensions were put under the microscope, as anti-Asian hate became widespread, and the Black Lives Matter protests erupting across the USA and the rest of the world in June 2020 after the killing of George Floyd in Minneapolis.

One picture that perhaps sums up the situation best features a Black man asleep on the subway, donning a mask with “STOP KILLING US” emblazoned across it. “It’s not only that we were dealing with the pandemic, but also the civil unrest in the world,” says Maliwat. “There’s such juxtapositions with this person taking a nap, but with his mask on. And he’s both relaxed, but if you look at his hands they are tensing. We’re all experiencing this in different ways, but I can relate to his feeling more anxiety than normal.”

Since then, Maliwat has seen people begin to connect with each other more on the trains, as the height of the pandemic moves further away from view. “I think that the subway is the heartbeat of the city,” he says. “It is the veins and arteries that is the life and flow of it. To see it pumping again and myself teleporting from one neighbourhood to the other – it means life to me.” 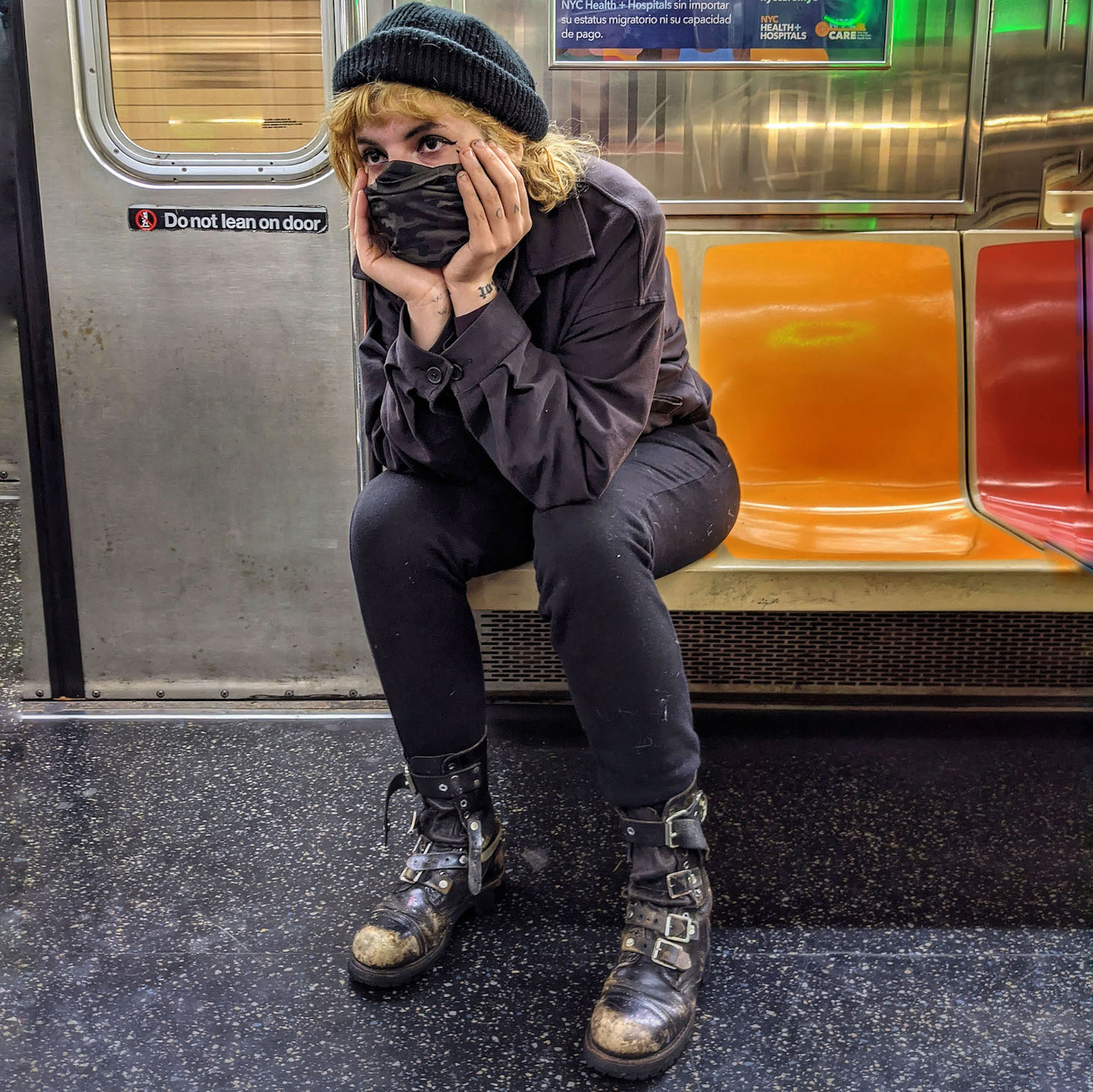 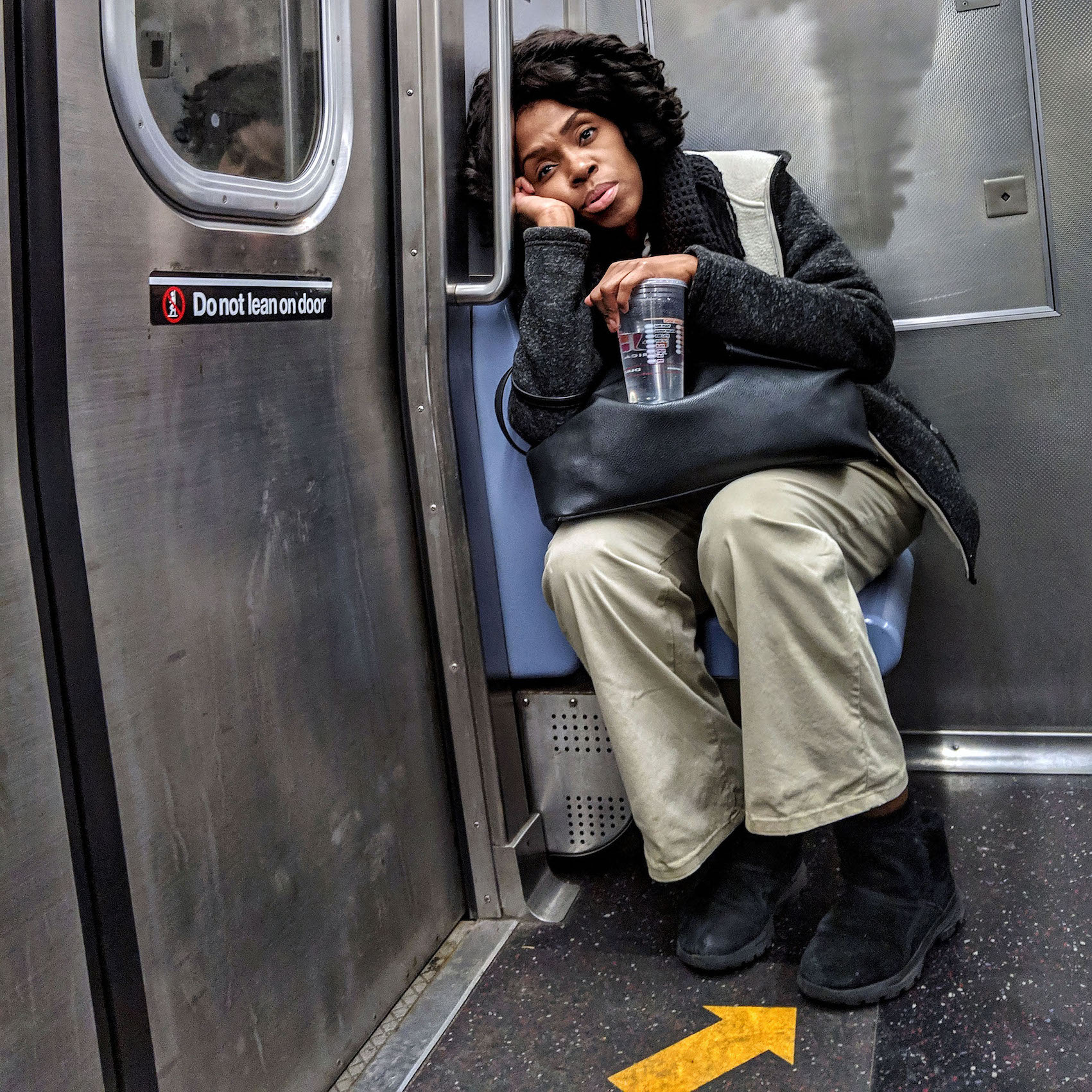 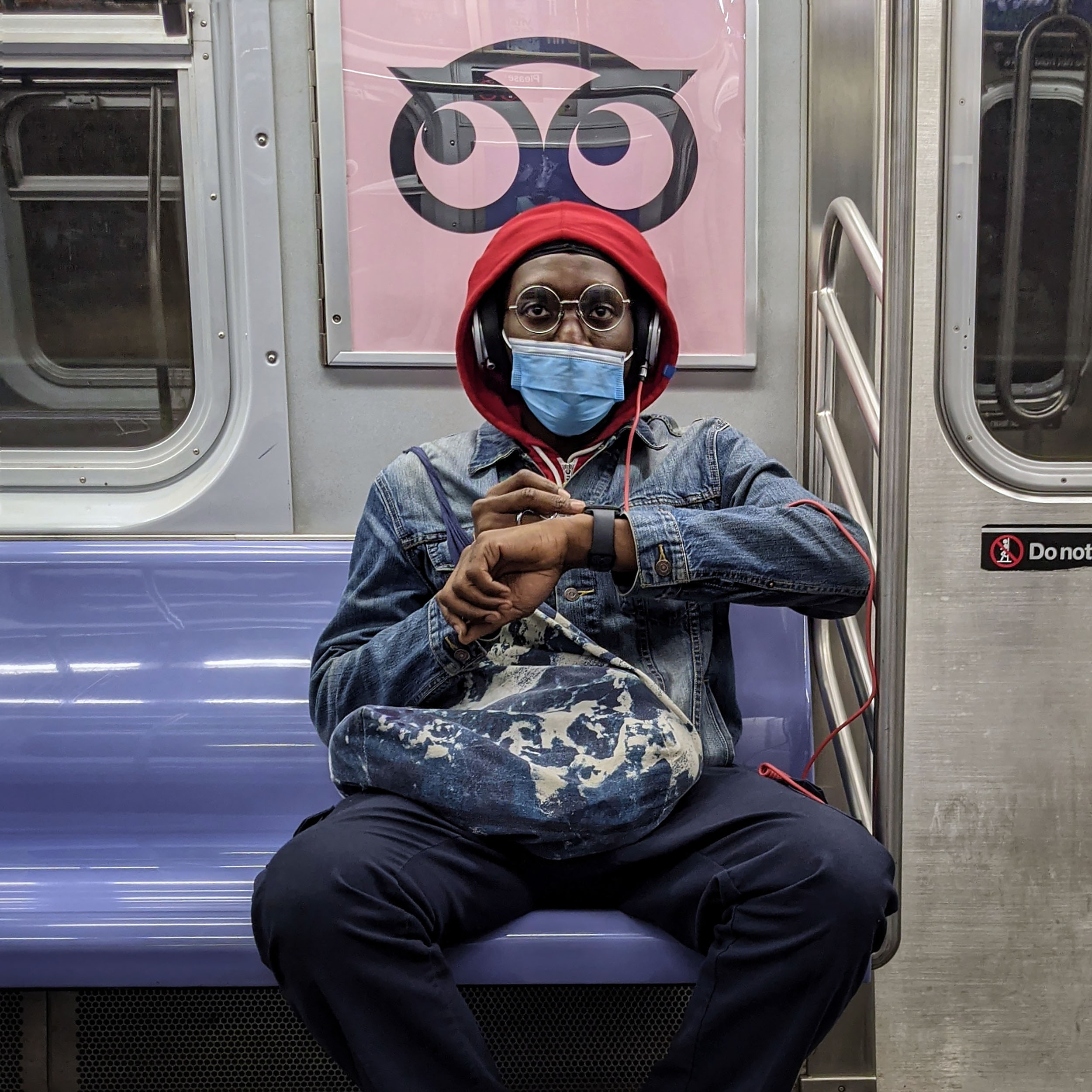 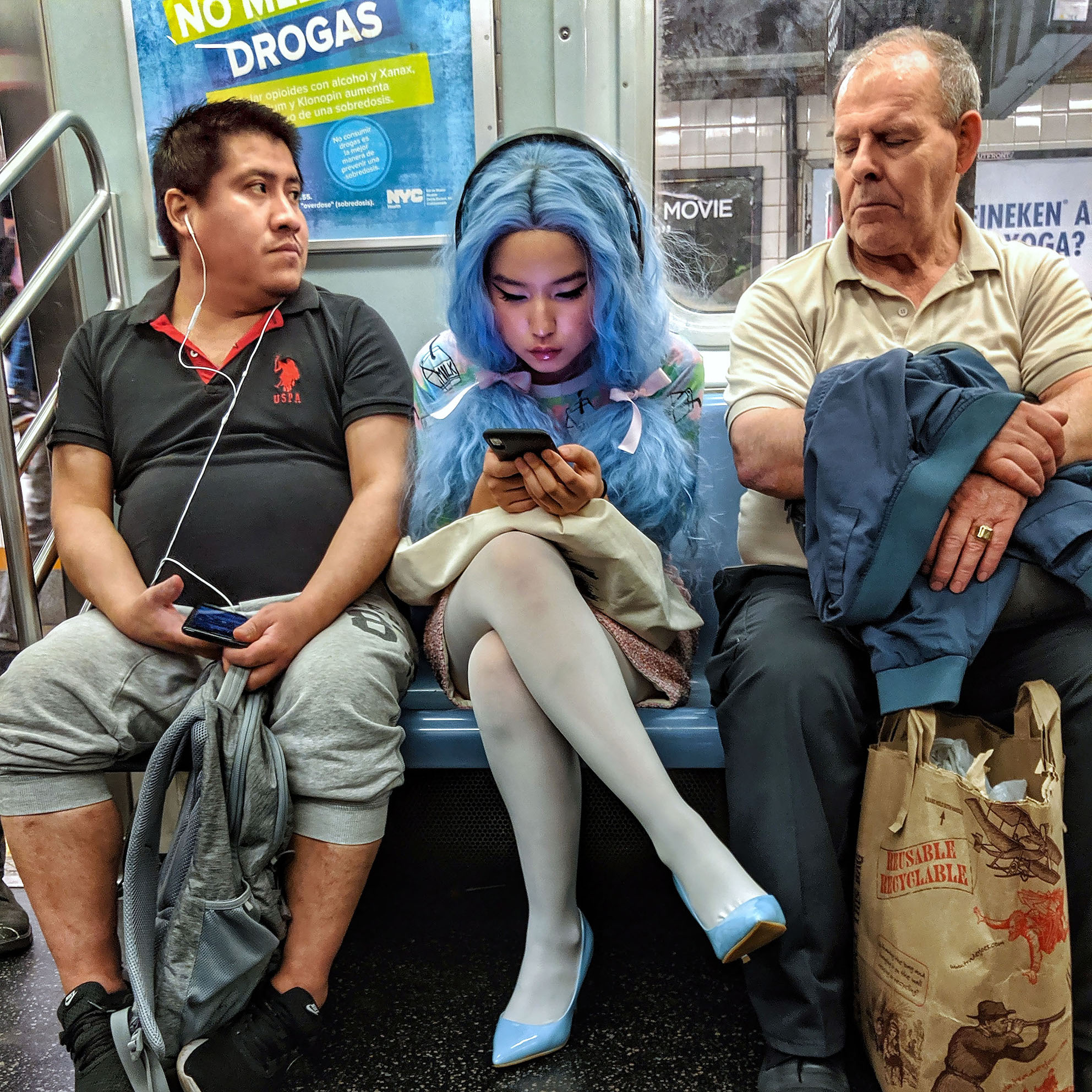 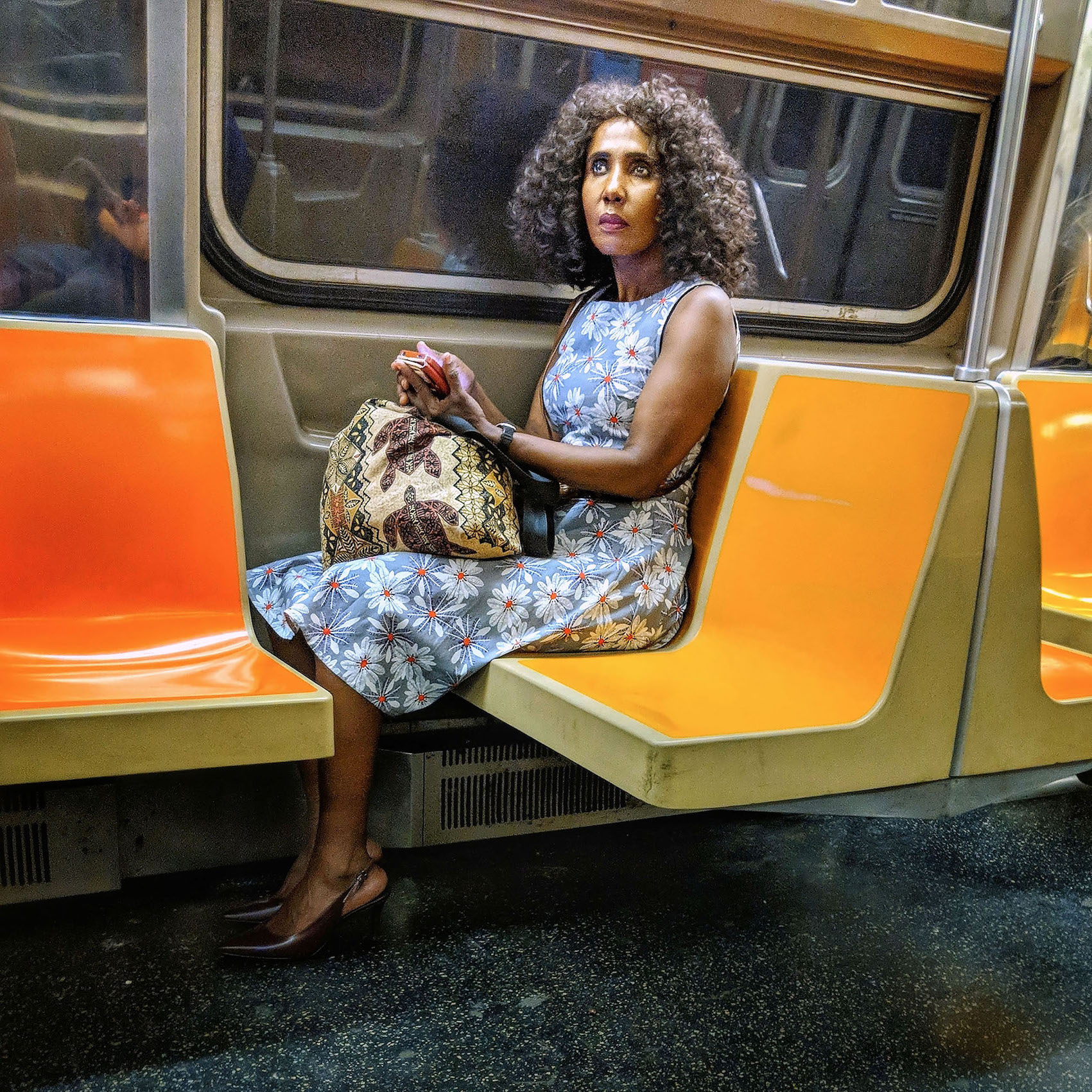 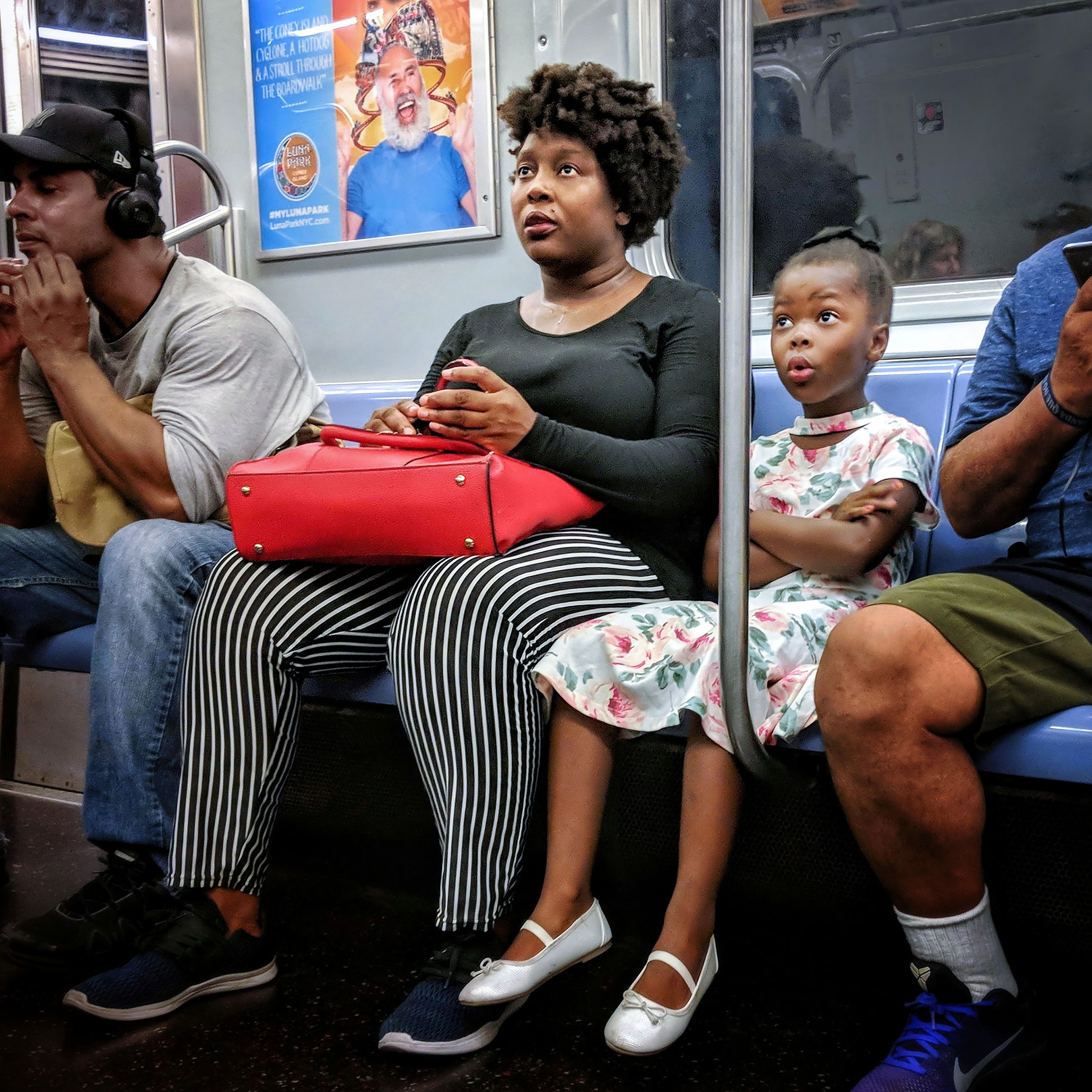 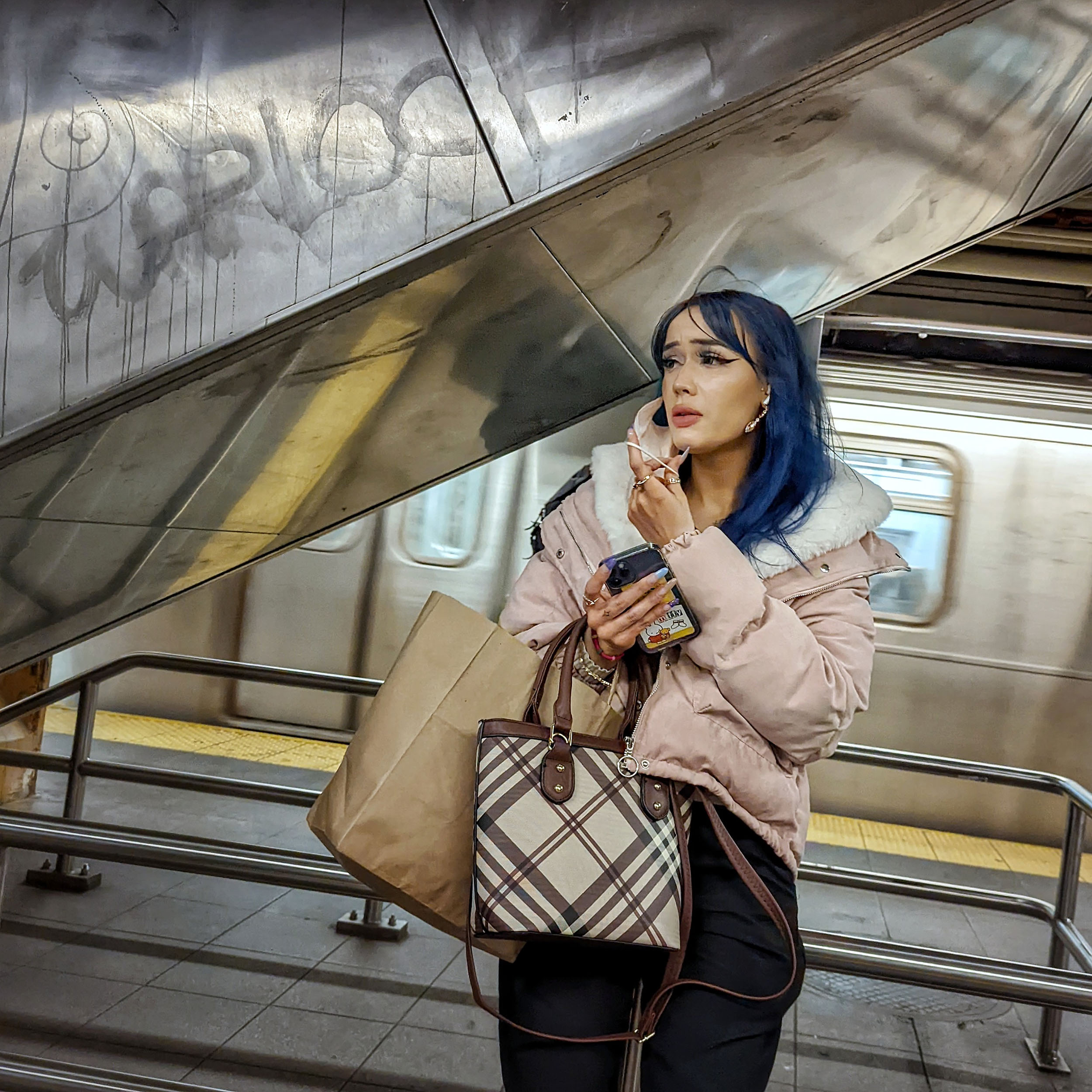 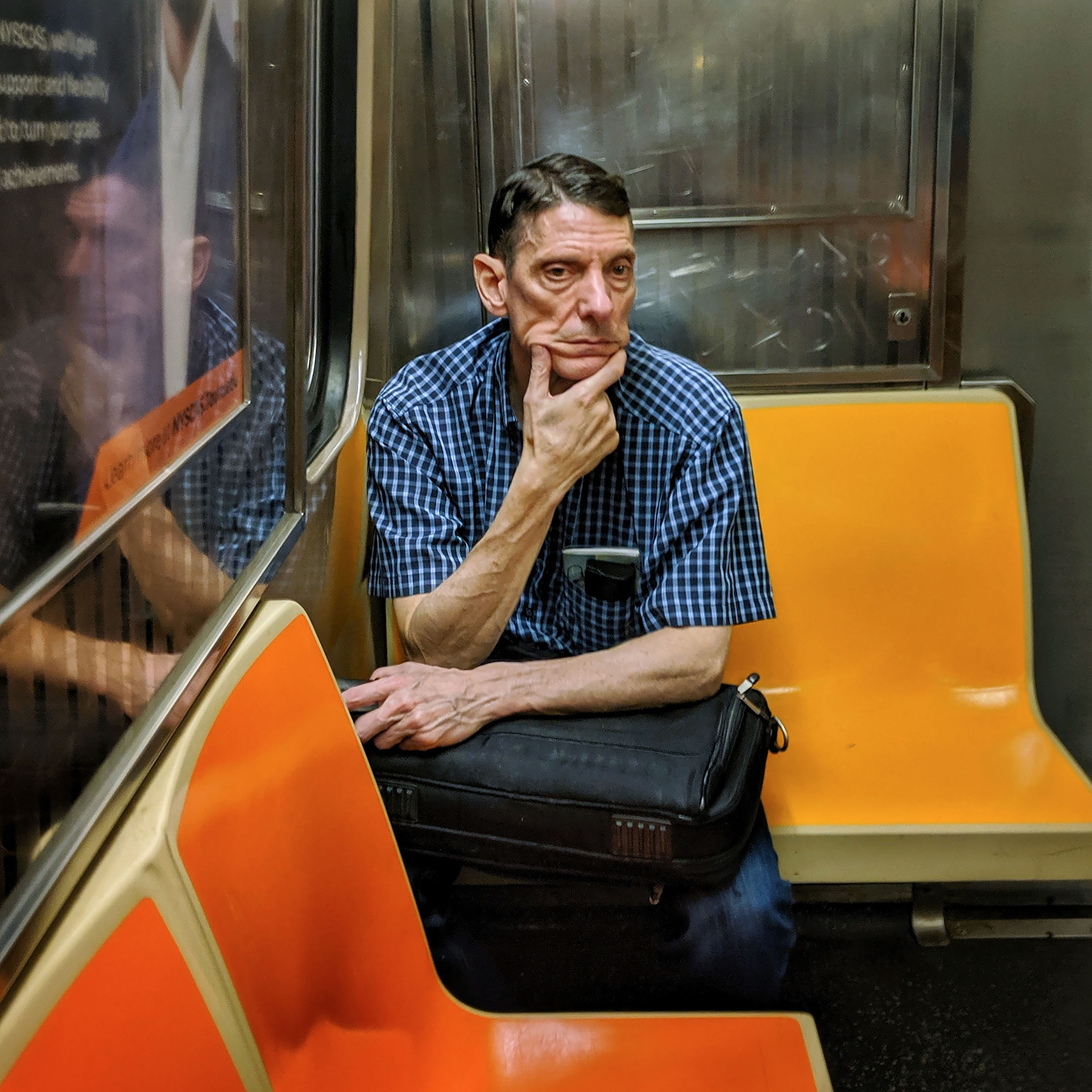 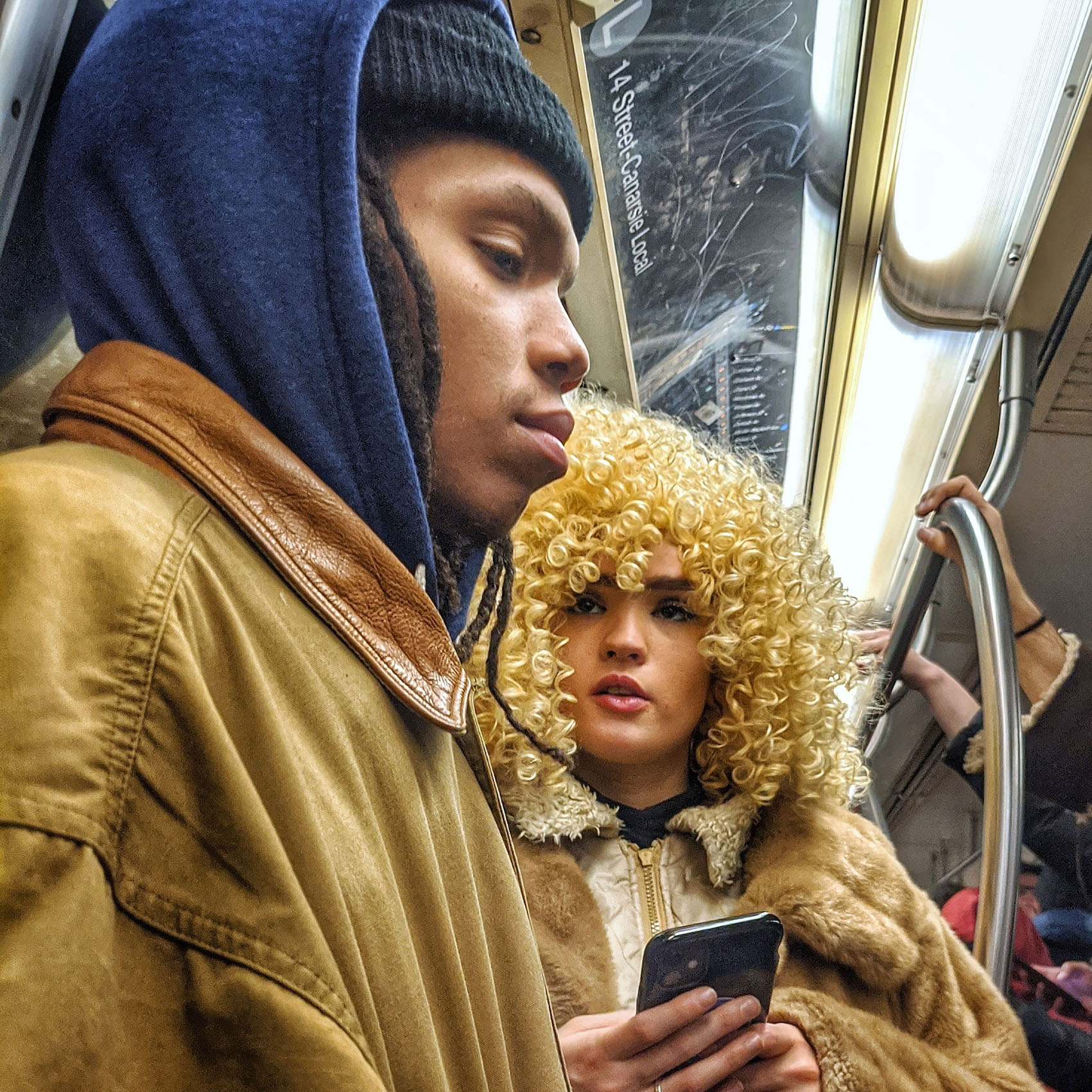 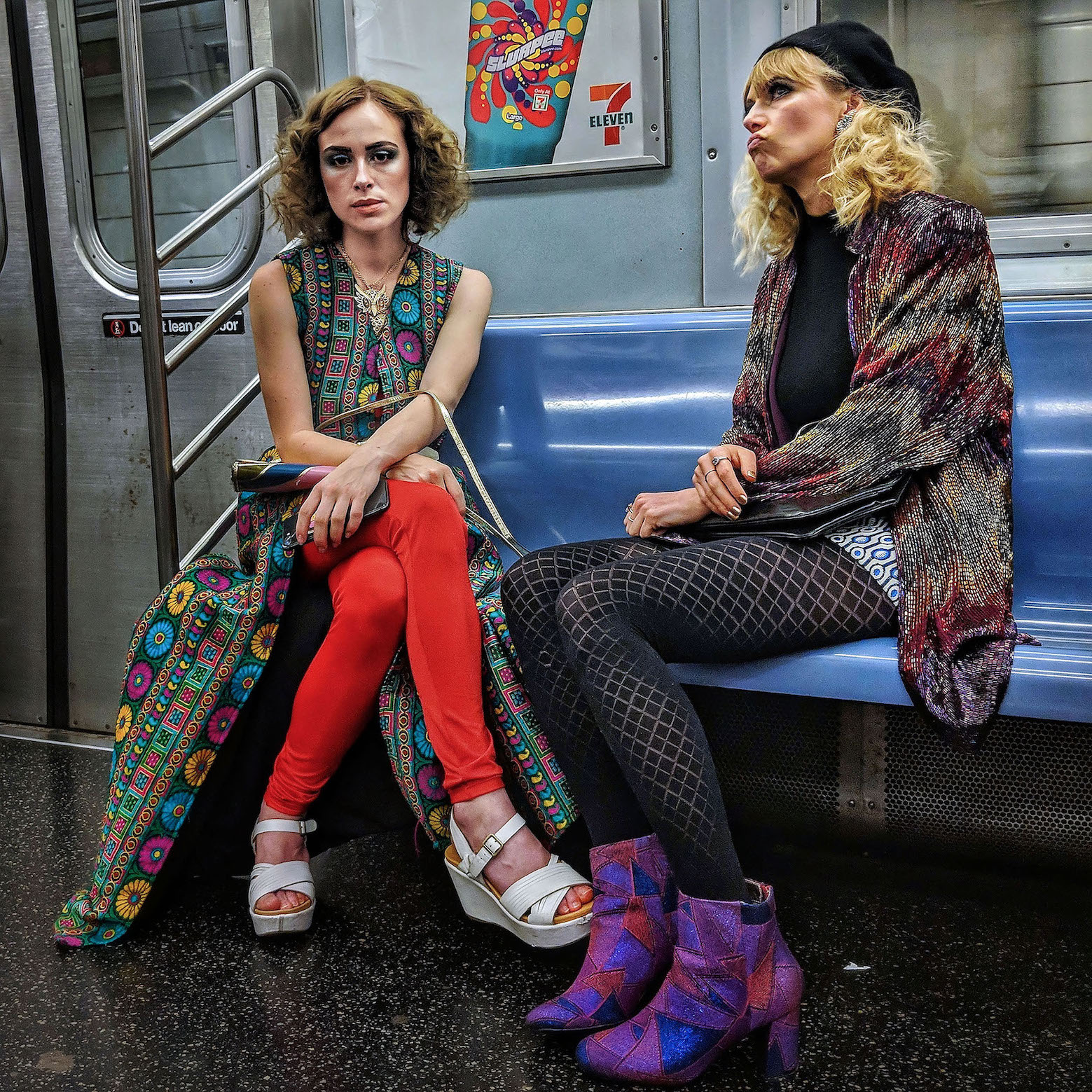 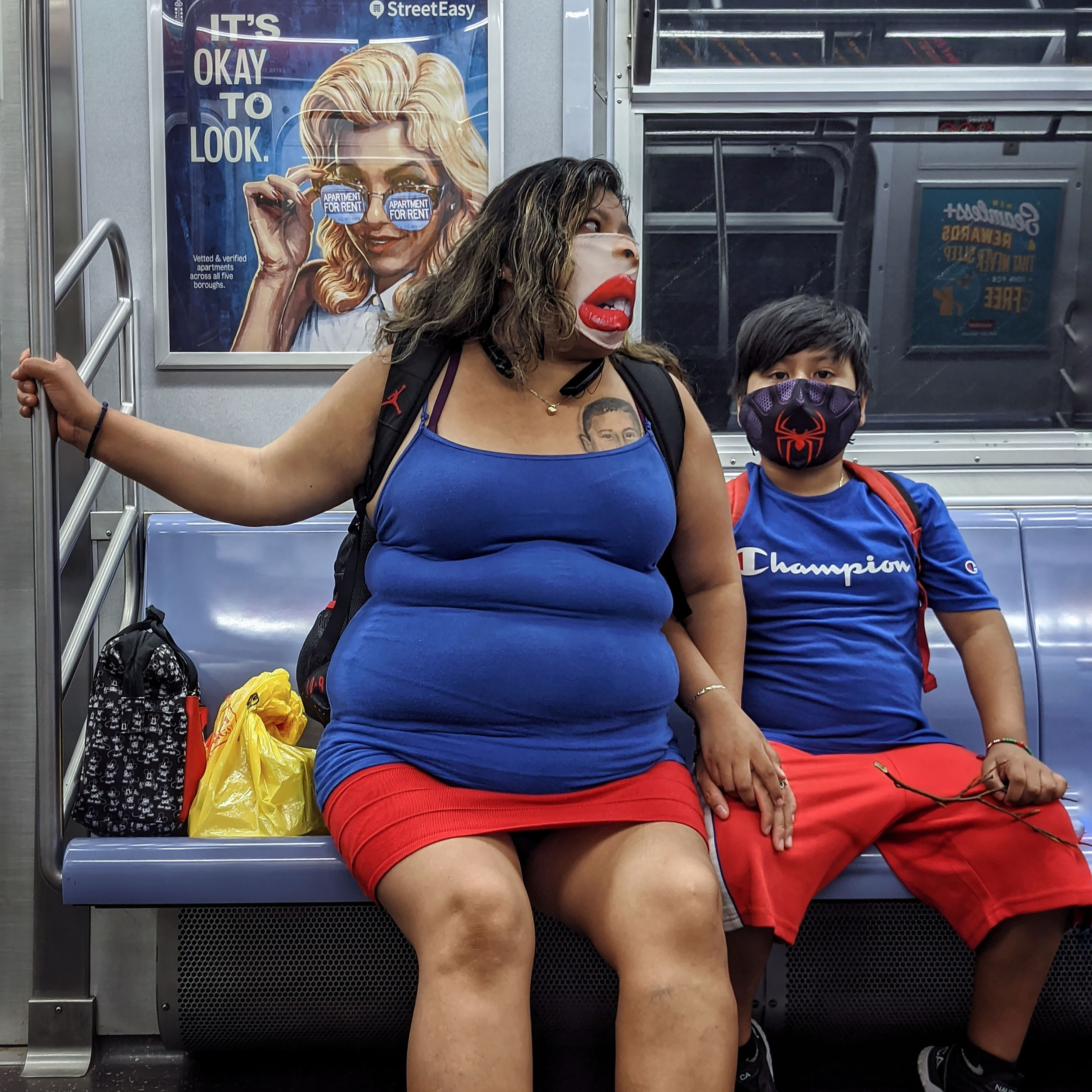 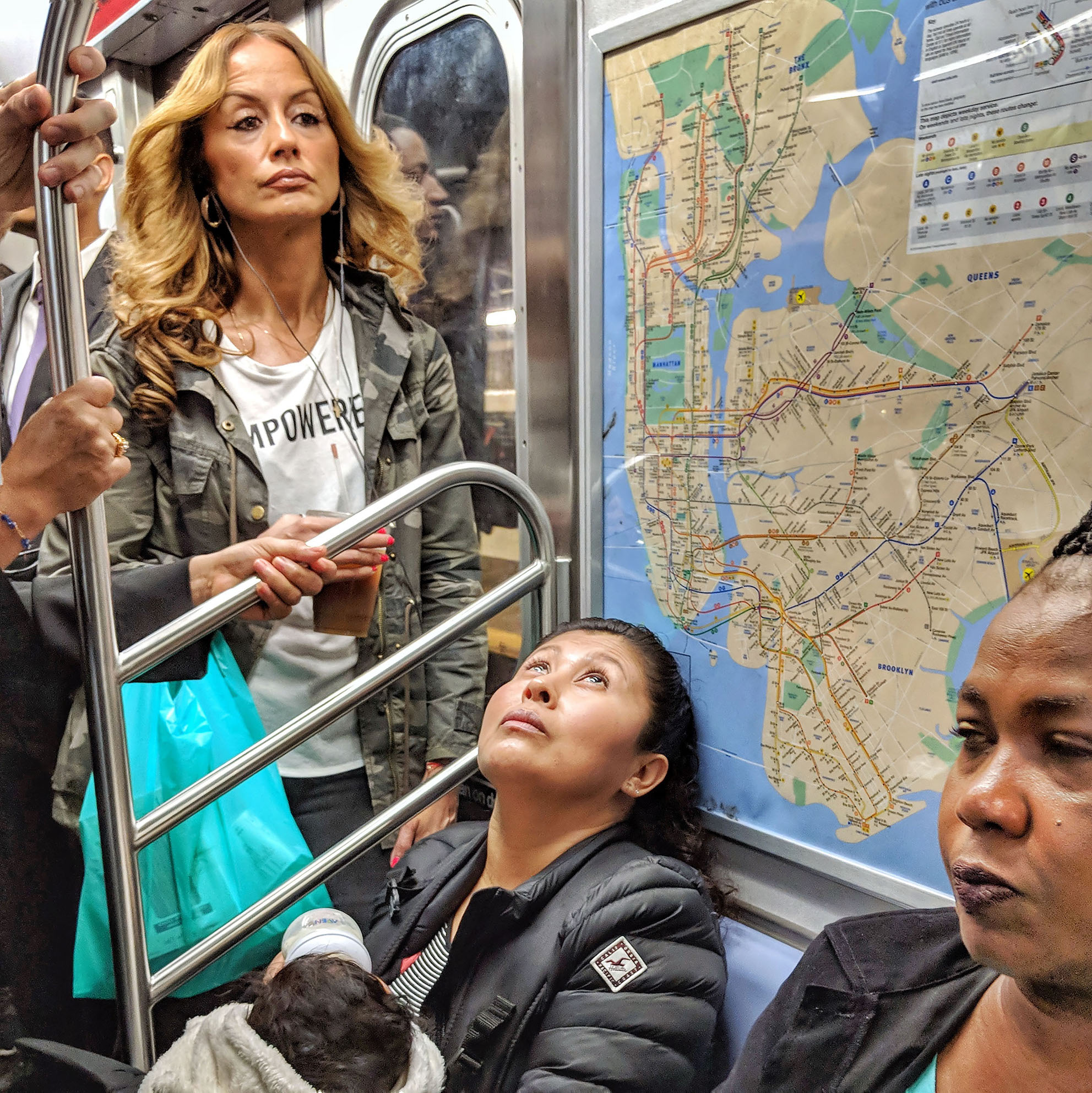 Subwaygram is published by Daylight Books.

Linkedin
OTHER ARTICLES
Photographer Becky Tyrell went down to the fading banger and stock raceway to meet a community desperate to keep it alive.
As she gears up for the release of her first book, the 24-year-old climate activist talks standing up to authority and building a more inclusive movement.
David 'Dee' Delgado’s photo project is about honouring and uplifting the city of his youth, and a world rapidly disappearing under the relentless onslaught of gentrification.
Following the release of his debut single, Deyaz talks battling addiction, dealing with his struggles through music, and building a budding music career from his living room.
Filmmaker Laura Poitras discusses her new documentary which traces the remarkable life of the artist-activist and the impact of her battle against the US opioid crisis.
After building his reputation covering the US civil rights movement in the 1960s, the photographer went on to produce some of the most enduring images of the past century.