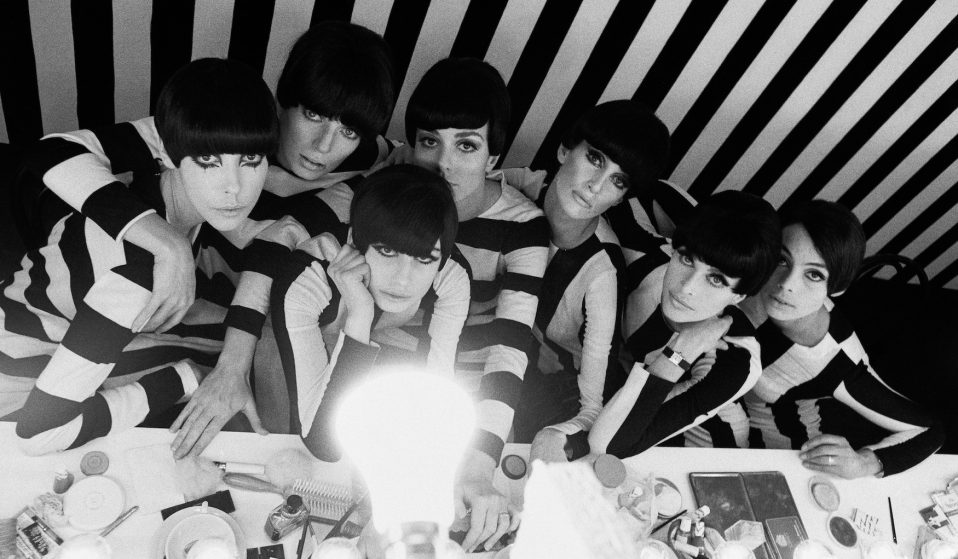 A new exhibition brings together the dynamic, playful and innovative photography of an often overlooked American artist.

A new exhibition brings together the dynamic, playful and innovative photography of an often overlooked American artist.

At 94 years old, William Klein, one of the most innovative artists of our time, is finally receiving proper recognition in his country of birth with his first major American museum retrospective, William Klein: YES; Photographs, Paintings, Films, 1948–2013, at New York’s International Center of Photography (ICP).

Curated by David Campany, ICP’s Curator-at-Large, the exhibition brings together nearly 300 works from Klein’s groundbreaking career including his seminal photographic studies of New York, Rome, Paris, Moscow, and Tokyo as well as excerpts of documentary films about Muhammad Ali, Eldridge Cleaver, and the Pan-African Festival of Algiers. 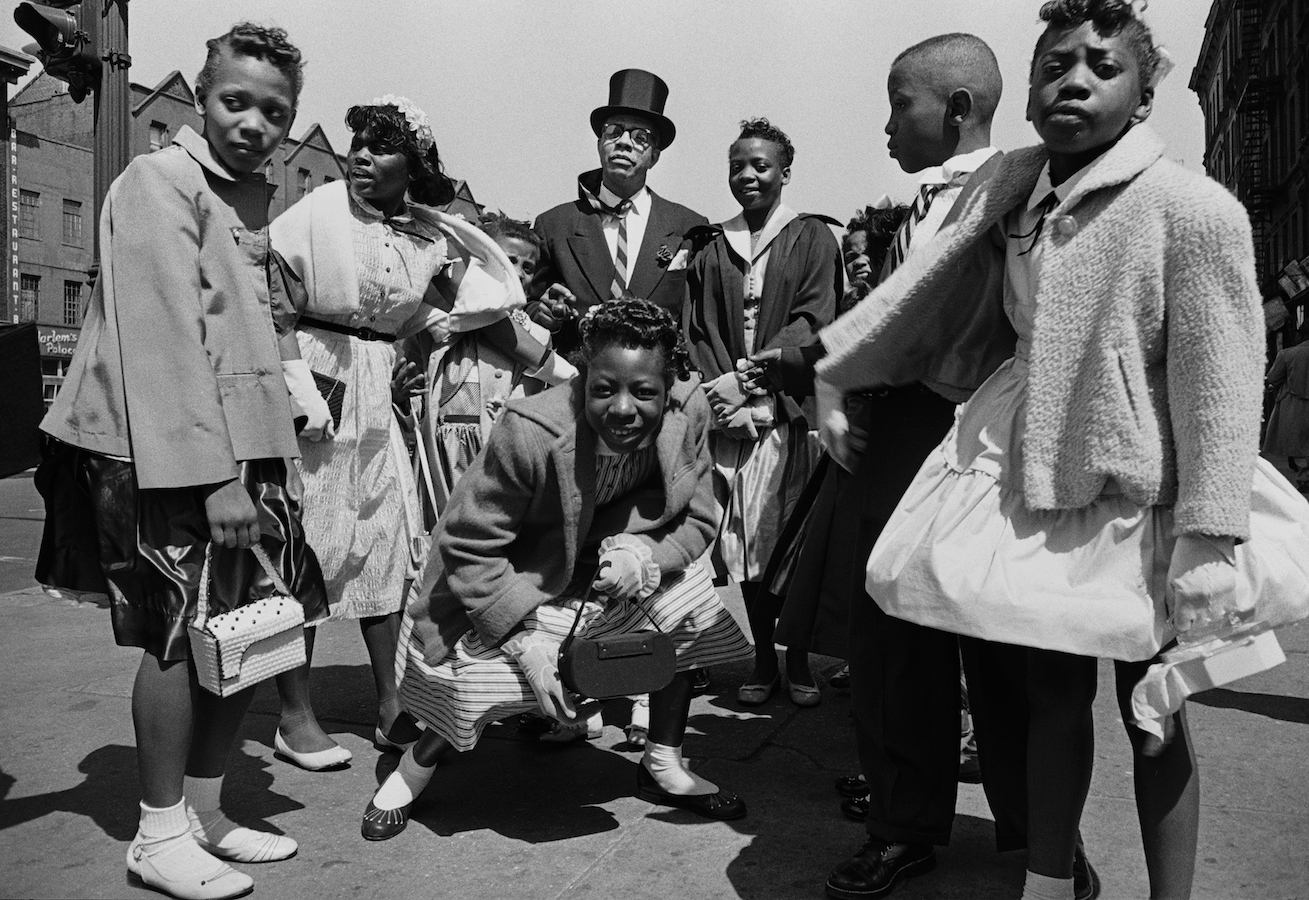 Organised chronologically and thematically, the exhibition begins at the start of Klein’s career in Paris just after the war while studying with artist Fernand Léger. Leger encouraged the aspiring painter to pursue photography, film, and publishing, which Klein did after Alexander Liberman, art director of American Vogue, invited him to New York to shoot for the magazine.

“Klein started taking fashion pictures, but also got Vogue to bankroll his street photography,” says Campany. “Some days, he was in a studio doing large format, meticulous camera work fashion still lives. Other days, he was going out with a black and white 35mm camera making very gritty, immediate, immersive street photography. Within a few years, he turned his hand to making films. He was juggling all of these things and sustained that for decades.”

Working across multiple genres and mediums, Klein avoided industry labels used to pigeonhole artists. When asked how he identifies himself, Campany says, “He doesn’t even bother.” What matters most to Klein is the creation of the work, not the way it is marketed or sold. 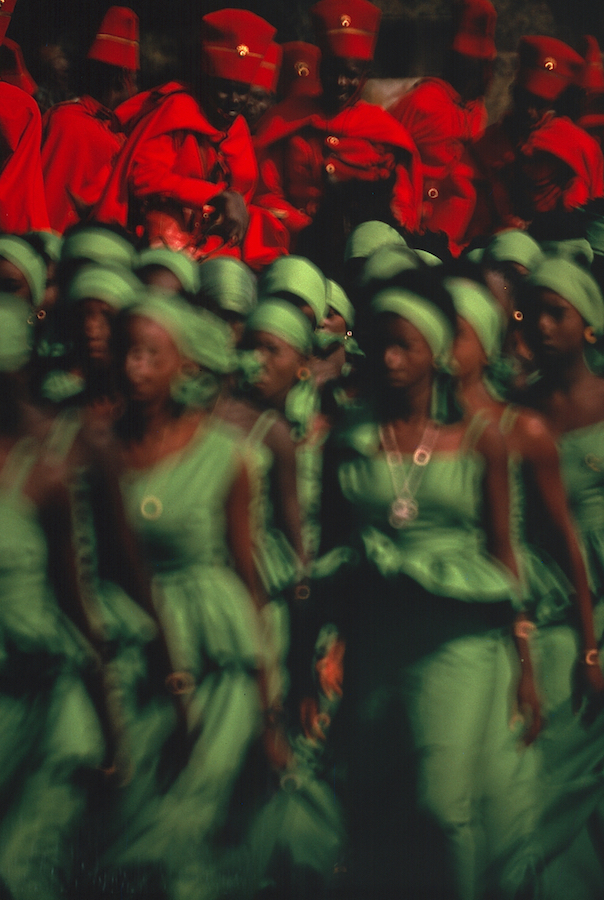 “The title of the show, YES, was William’s idea. He just said yes to things that came along. There are so many extraordinary coincidences and moments of chance in his life,” says Campany.

“It might be Malcolm X getting him into the training camp of Cassius Clay to make a film, Federico Fellini who invited him to Rome, or meeting Little Richard and making a film about him. He always said yes, because you don’t know what it will lead to. You don’t have to hustle but you’re also stepping outside your comfort zone.” 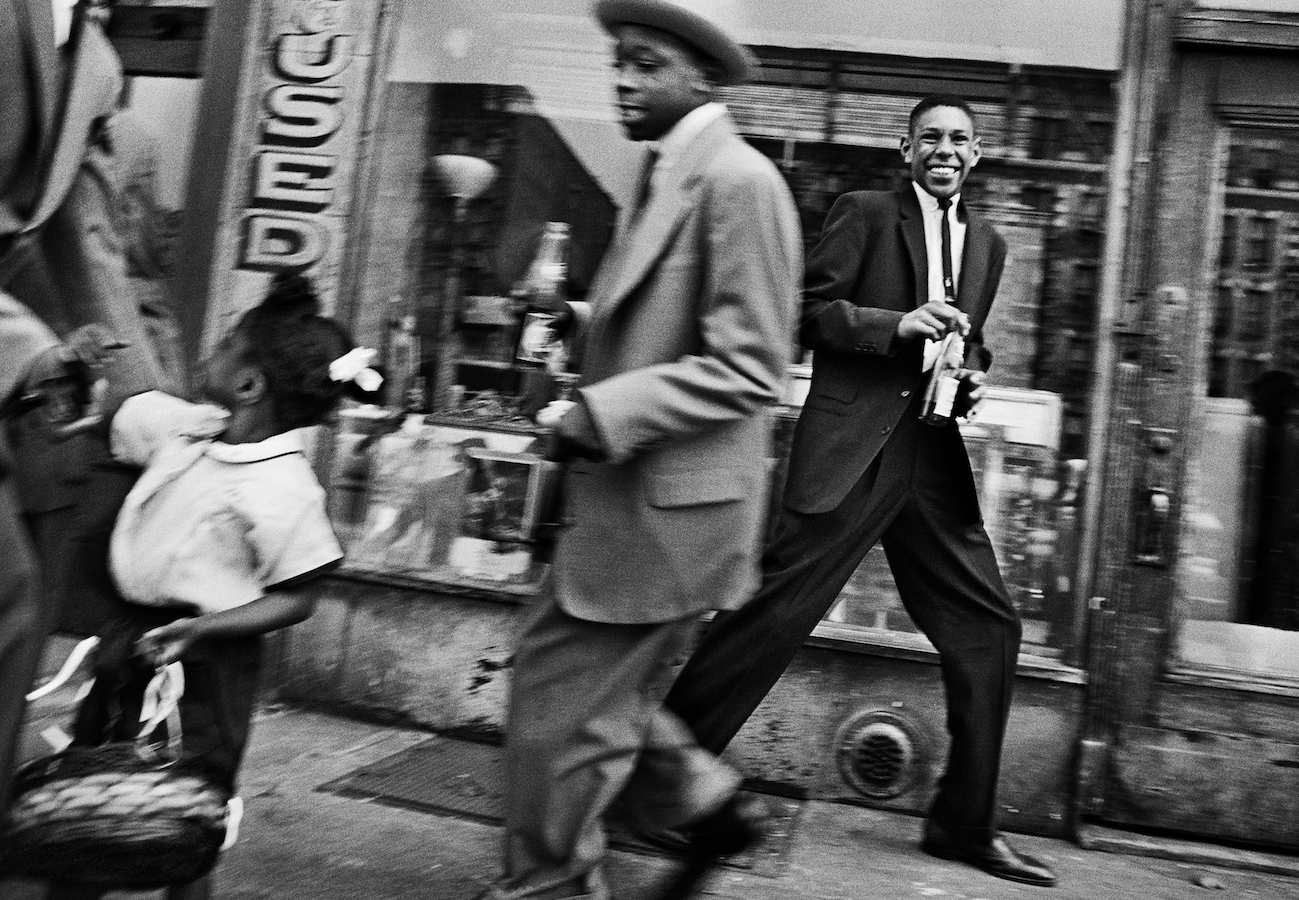 What makes Klein’s career all the more impressive is a through line that connects the work, a signature style that is bold, dynamic, and willing to break the rules. “When he goes out to the street, he’s never trying to be invisible. He’s talking to people, allowing them into the whole adventure of making a picture,” says Campany.

“There’s a great honesty about his place in the world and the kinds of interactions he has that strikes a chord with young image makers who are always interested in the ethical questions like, ‘Who and how can I photograph? Is there a power relation implied by the camera?’ These are important questions to Klein’s approach – which is just to be open, curious, and engaged with people.” 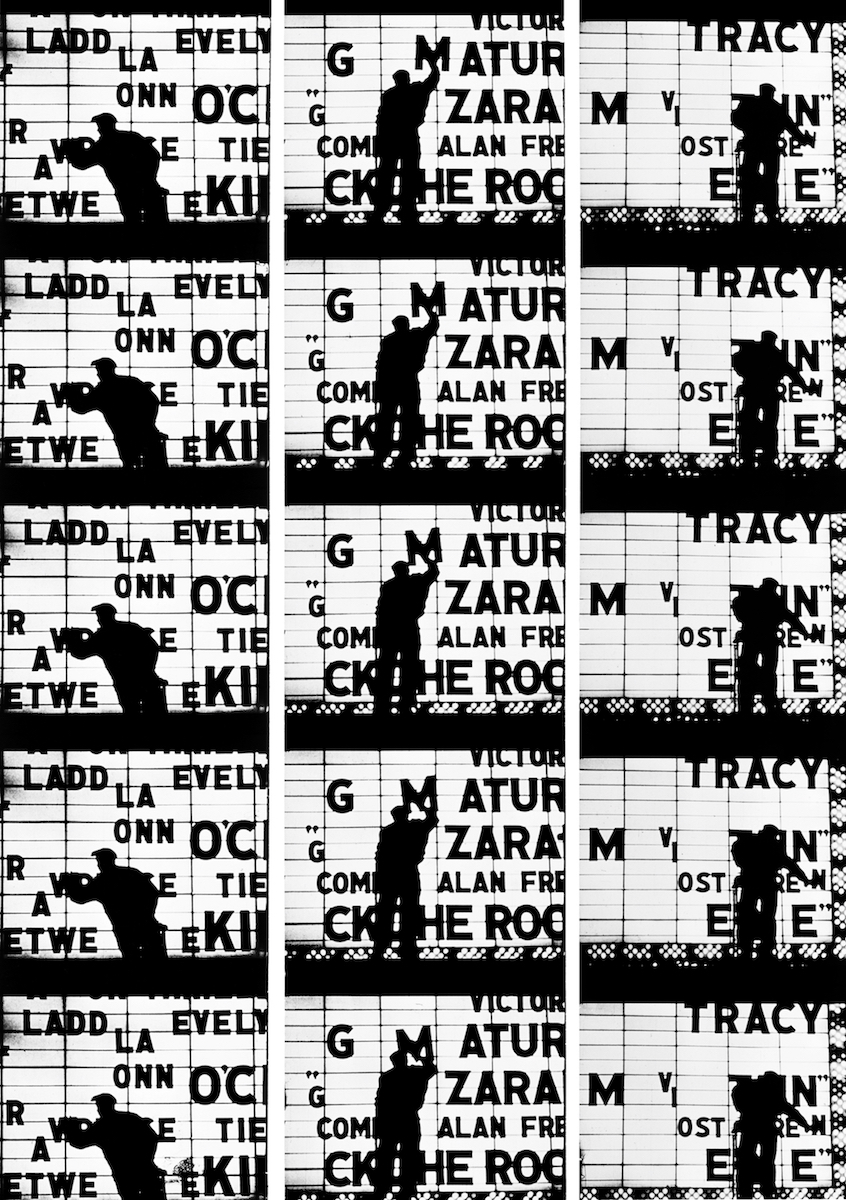 Filmstrips from Broadway by Light, 1958. 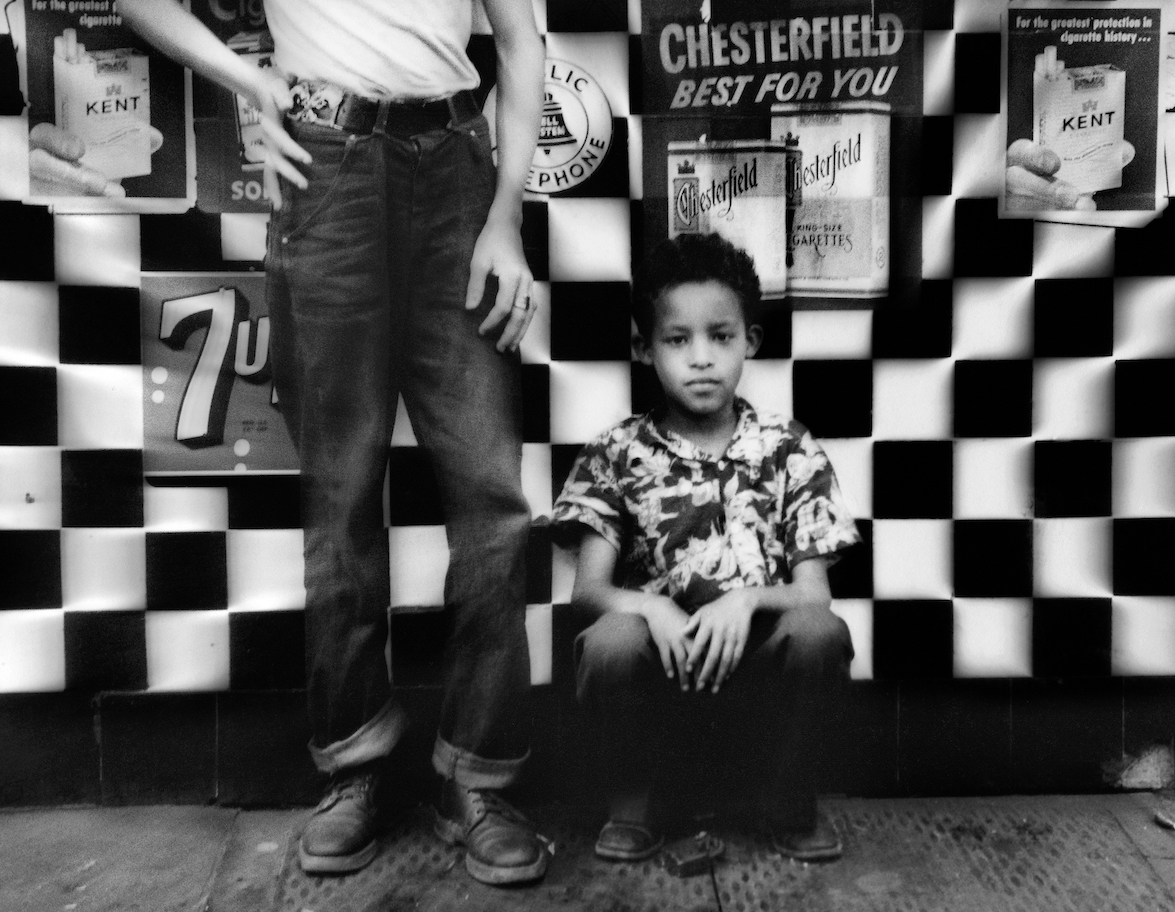 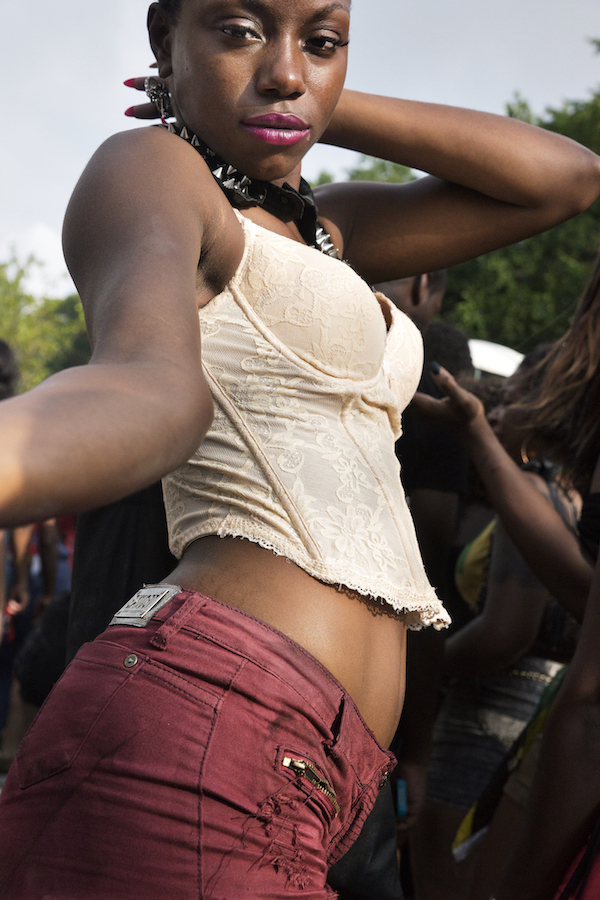 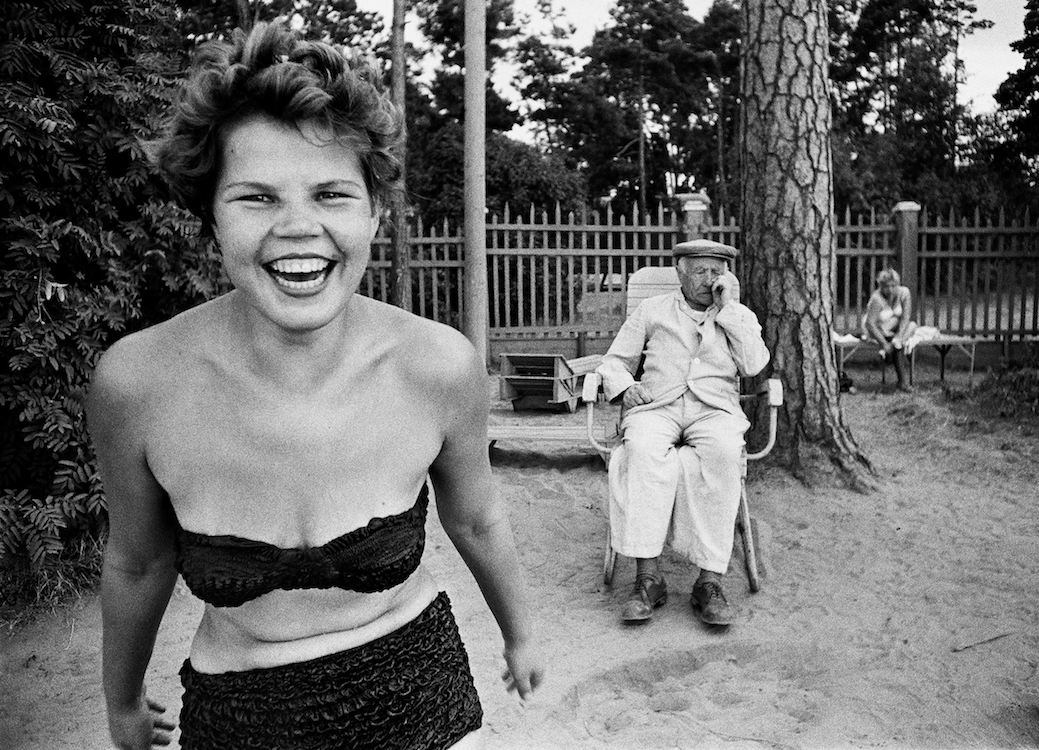 William Klein: YES; Photographs, Paintings, Films, 1948–2013 is on view at the International Center of Photography in New York through September 12, 2022. The exhibition catalogue will be published by Thames & Hudson in autumn.

Linkedin
RELATED ARTICLES
OTHER ARTICLES
After rewriting the indie rulebook with her devastating songs about romantic longing, the singer-songwriter is now imagining a future in which the artist is no longer a product.
As the Criminal Bar Association enters its fifth week of action, criminal barrister Russel Fraser explains why the legal professionals have walked out and how action is likely to escalate.
A sharp increase in officers armed with the electrical weapon is resulting in serious injuries and deaths.
Photojournalist Fiora Garenzi spoke with people still living in Eastern Ukraine, an area which seen some of the heaviest fighting since the war began.
The government’s brutal crackdown on NGOs has left victims of rape without anywhere to seek help. And now, as the country plays a key role is Russia’s war, things are only getting worse.
In the latest instalment of Photographers in Conversation, the creator talks portraiture, platforms and taking inspiration from Little Simz.