Outdoor / Bikes / The brotherhood bringing motorbikes back from the dead 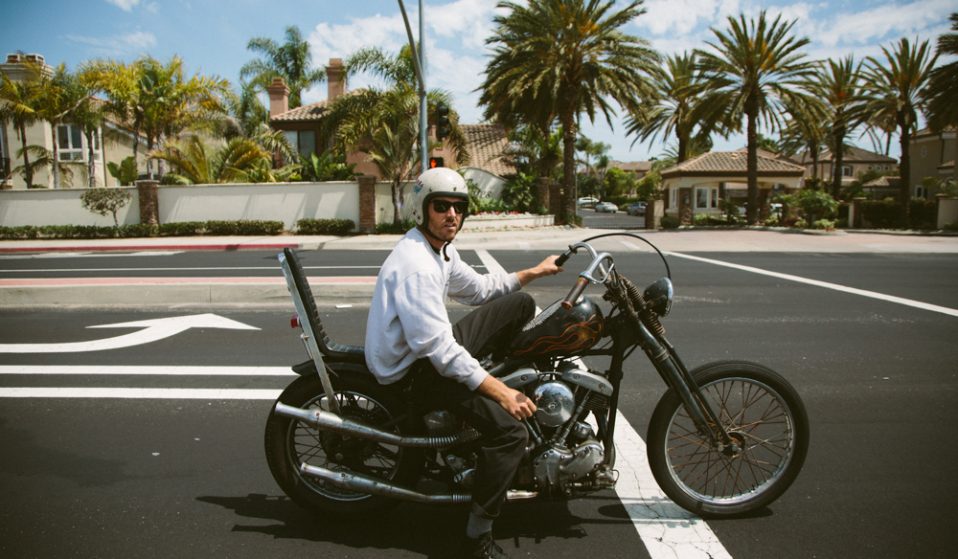 The Stopnik family have come to define an alternative image of Californian cool: bikers who surf, skate and know how to get the most out of life.

Scotty Stopnik is standing on a French motocross track, scanning the horizon through a thicket of photographers, looking like a dirtbag straight out of 1964.

The 32-year-old’s muddy white jeans are tucked into a pair of old biker boots, his filthy open-face helmet – the kind of thing racers stopped using long ago – offering all the protective qualities of a glazed ostrich egg.

But Scotty doesn’t seem to be perturbed by the lack of EU approval. The helmet merely ticks a box, an absolute minimal nod to regulations. He’s in the Basque Country with his dad, Scott, and one of his younger brothers, Taylor. 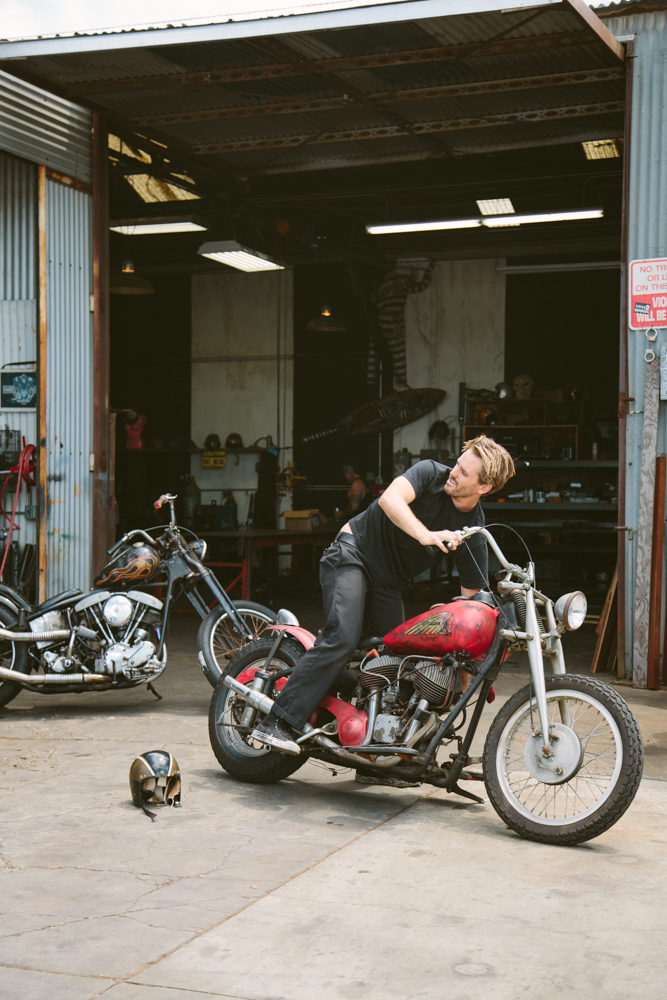 The trio are travelling on a sunglasses company’s ticket, pinballing between San Sebastian, Biarritz and other coordinates to represent the Cycle Zombies crew.

They are all Huntington Beach locals, blood kin united by the love of crusty old Harleys. Together they’ve formed a collective that has earned a certain level of devotion, both from the individuals they inspire and from the companies who wish to sprinkle CZ magic on their own offerings. Somehow they’ve become equal parts greasy and wholesome.

“To be honest, the name kind of sucks but it’s fitting to what we do,” says Scotty. “We bring old bikes back to life. People ask, ‘Is Cycle Zombies a gang or what?’ It’s never been anything remotely like a club, except the club of having fun.”

Scotty, the eldest of the Stopnik boys, married his childhood girlfriend 11 years ago and they have four children together. He buys, customises and sells old motorcycles; but he also surfs, skates and helps hawk lifestyle brands in addition to shifting the Cycle Zombies’ own merchandise at events around the world. 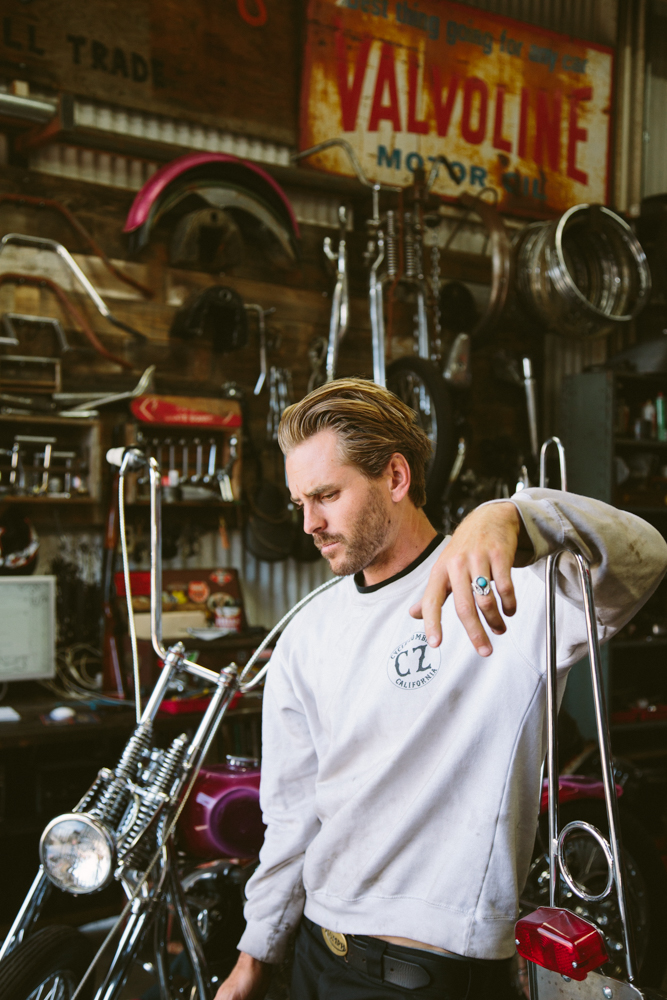 They are alternative California to the point of stereotype, but far more likeable than that might make them sound. In fact if there’s a defining image of leftfield, West Coast cool in the 21st century, it’s because the Cycle Zombies helped create it.

‘Big Scott’ Stopnik, a 61-year-old goateed hulk who doesn’t show many signs of slowing down, has led by example. He was transplanted from the Midwest to California as a baby, just as a subcultural tsunami was about to break: rock‘n’roll, surfing, bike gangs, teenage rebellion – and Scott sucked it all up. His own chopper and lowrider bicycle creations gradually evolved into all manner of dirt bikes, drag bikes and hot rods.

As a father, Scott brought his brood up in his own image, treating them as young adults free to roam on a long leash. “When Scotty was 14 or 15, we were putting motors on bicycles so that he could illegally ride to the beach,” he says, the memory of it bringing a smile to his face as his voice tightens slightly.

In time, the Stopnik children became a multi-skilled progeny with strong Scandi-genes, good jawlines and enough work ethic – as well as charm – to blaze their own path through life: one where dumb fun is never too far away. 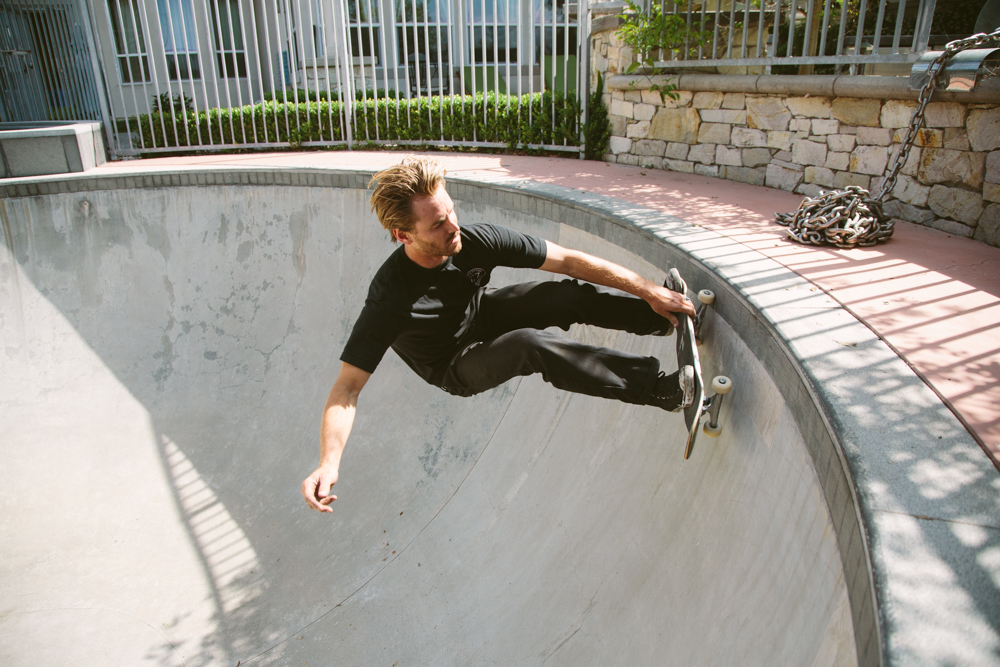 Today the Cycle Zombies are not easily categorised and, for precisely that reason, they’ve been embraced by so many among the various circles they inhabit.

As we speak, Scotty is preparing to race a borrowed motorcycle through knee-deep mud before skating a half-pipe tonight and then surfing Atlantic sets the next day. That ability to change things up whatever the situation, he explains, just comes naturally when you’ve grown up riding all sorts of bikes and boards.

Despite being sponsored for years, Scotty was considered an anomaly in surfing because he didn’t compete. Brands simply paid for the association rather than any discernible results.

“It became really interesting [to them], like: ‘These kids are into bikes, they’re not out getting loaded and waking up at 12 o’clock the next day. Instead they’re getting up at five in the morning and going to swap-meets with these old guys and buying stuff, working on it, doing it with their families.’” 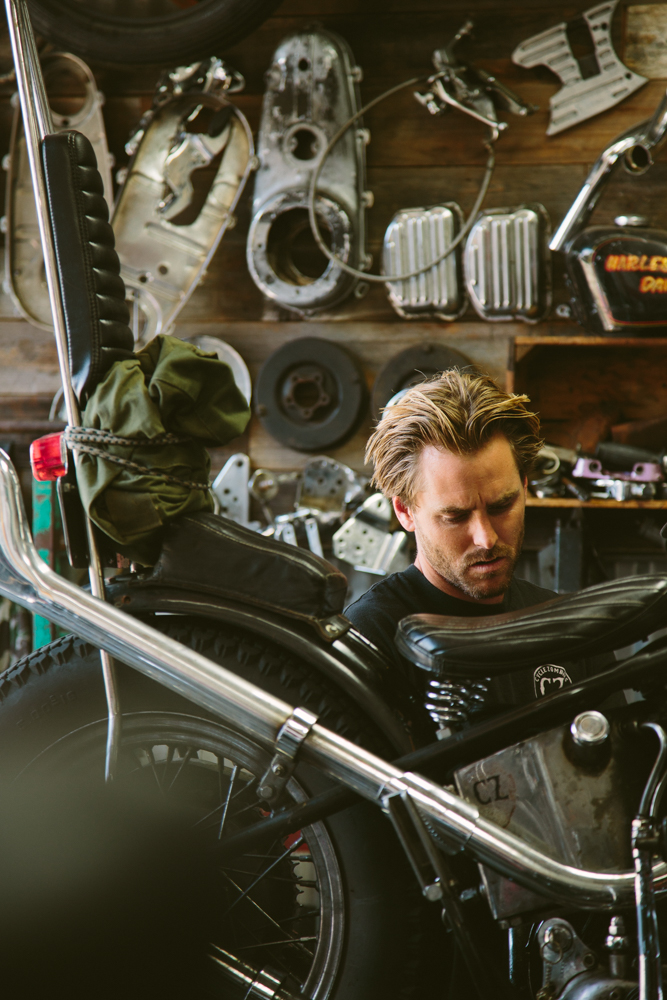 Family is important. The core of the Cycle Zombies are all Stopniks: the Scotts, Taylor, younger brother Turk and, before he concentrated on his own business, their cousin Chase. It’s one of the things that resonates most among their tribe of followers.

“I can’t tell you how many people come up to me or how many emails will say, ‘It’s so cool that you get to do all that with your dad,’” says Scotty.

“Me and my father realised that we opened the book to let these guys think, ‘Hey, my dad’s cool too.’ Really, life’s so short that you need to have fun with your friends and family. It’s like riding old surfboards. The older generation’s been there, but we’re making a full circle.”

Linkedin
RELATED ARTICLES
OTHER ARTICLES
For decades, an area of East London has served as a community hub for Vietnamese people looking for a taste of home.
In her new book, the author explores the country’s housing crisis in human terms and calls for radical action to address a broken system.
The last few years have seen an increase in LGBTQ-led initiatives to feed the hungry, with many finding ways to stay afloat despite the challenges.
Finland-born photographer Sirkka-Liisa Konttinen looks back on her decades-long documentation of life in Northern England.
A new report has found that the majority of Britains approach trans issues with compassion. It’s about time this was reflected by our media landscape.
Proposals to introduce a minimum GCSE threshold for student loans will disproportionately affect those from marginalised backgrounds.