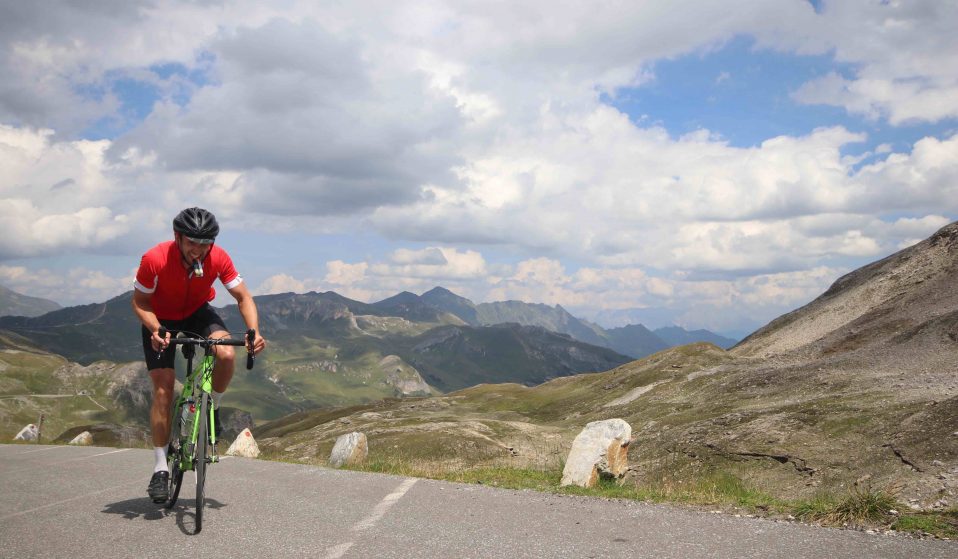 Riding from London to Athens each year, Thighs of Steel has become Europe’s longest charity cycle ride, and is funding some of the continent’s best grassroots refugee projects.

Riding from London to Athens each year, Thighs of Steel has become Europe’s longest charity cycle ride, and is funding some of the continent’s best grassroots refugee projects.

There’s a thunderstorm rolling in over northwestern Greece. Cracks of lightning illuminate the sky; one half a clear blue and the other a tempestuous jet black. A group of 12 tired and sweaty cyclists have stopped on the road outside a few scattered farm buildings — the only shelter in sight.

After a discussion in broken Greek and English, Spiros, a local farmer with a penchant for shotguns, climbs on top of a tractor and ushers the exhausted group into this barn to take refuge for the night. As they’re stretching their tired muscles and eyeing the storm raging outside, Spiros’ elderly mother appears, to serve the group a three-course dinner, crowned with a handmade spanakopita (spinach pie).

Thighs of Steel can’t promise you a shower or a proper bed each night. But joining them on the road between London to Athens does give you the chance to support some of Europe’s most progressive grassroots refugee projects – with guaranteed adventure thrown in for good measure along the way. Cyclists join for one or two weeks of the relay ride, with each person fundraising a minimum of £500. Since 2016, 216 people have cycled 13,000 kilometres through 15 different countries and raised £239,000 for grassroots refugee projects.

The money raised supports people who have been personally affected by the global migration crisis and those working to pick up the pieces; after governments shirked their responsibilities to protect people fleeing conflict, climate change and economic collapse. But beyond purely raising money, Thighs of Steel’s rides and events have shown how cycling can be a tool to raise awareness of human rights and migration issues.

What started as a crazy idea thrashed out by a group of friends volunteering with refugee projects in Calais and Athens has grown to become Europe’s longest charity cycle ride. Kicking off from London in July, the 2019 route is broken up into nine individual weeks and passes through France to the Pyrenees before swinging east to cross through the Alps, then down through Croatia and Albania, finally arriving in Athens in mid-September.

But this isn’t the pampered ride you would get if you paid for a cycling tour. There is a support vehicle but little is laid on or pre-planned, which forces everyone to work together, forging strong bonds along the way. You can expect to free camp in fields, with farmers like Spiros, who would prefer to give you raki (a Balkan spirit) rather than water. Or, when things really work out, woken up by old ladies from an Albanian village with pancakes slathered in honey from their bees.

The first ride in 2016 was done on a bit of a wing and a prayer, but was a profound experience for all those involved and managed to raise £48,000. It was obvious where the money should go: a project that represented the best of the responses to the refugee crisis, Khora. Khora is a non-hierarchical and highly-democratic education and social centre in Athens, run by volunteers from the refugee community, Greece and all over the world. Still going strong, over the years it has offered everything from free meals, dental care and legal support to music classes, skateboarding lessons and circus shows. But above all, it’s a vibrant community with a real sense of unity, equality and participation.

Thighs of Steel have already funded Khora’s rent for their new community restaurant for the next three years, and the rent for a legal support space. So this year they have partnered with Help Refugees to help spread the pot wider, across Europe. 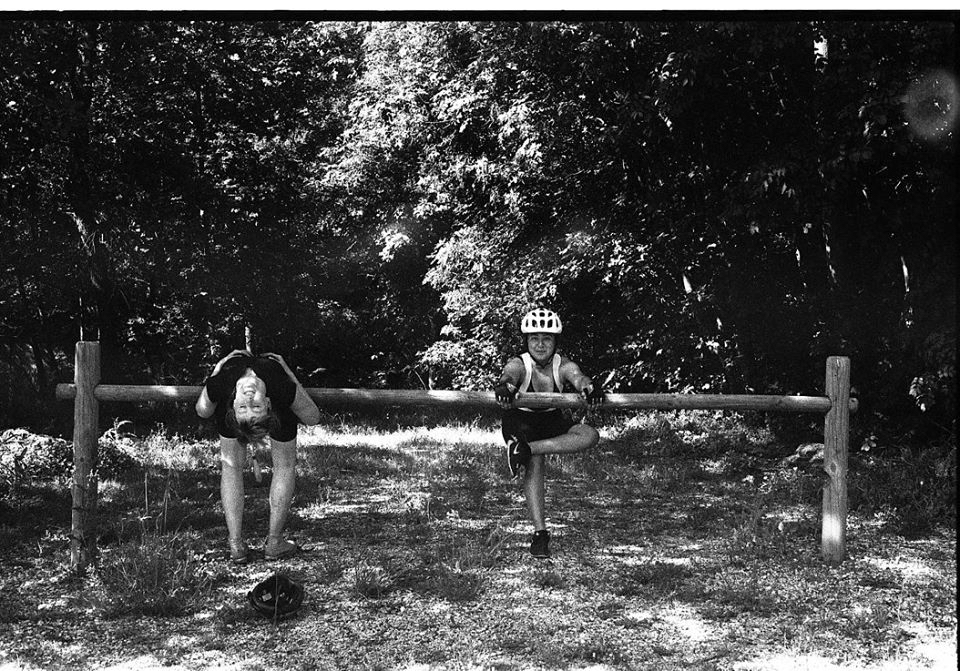 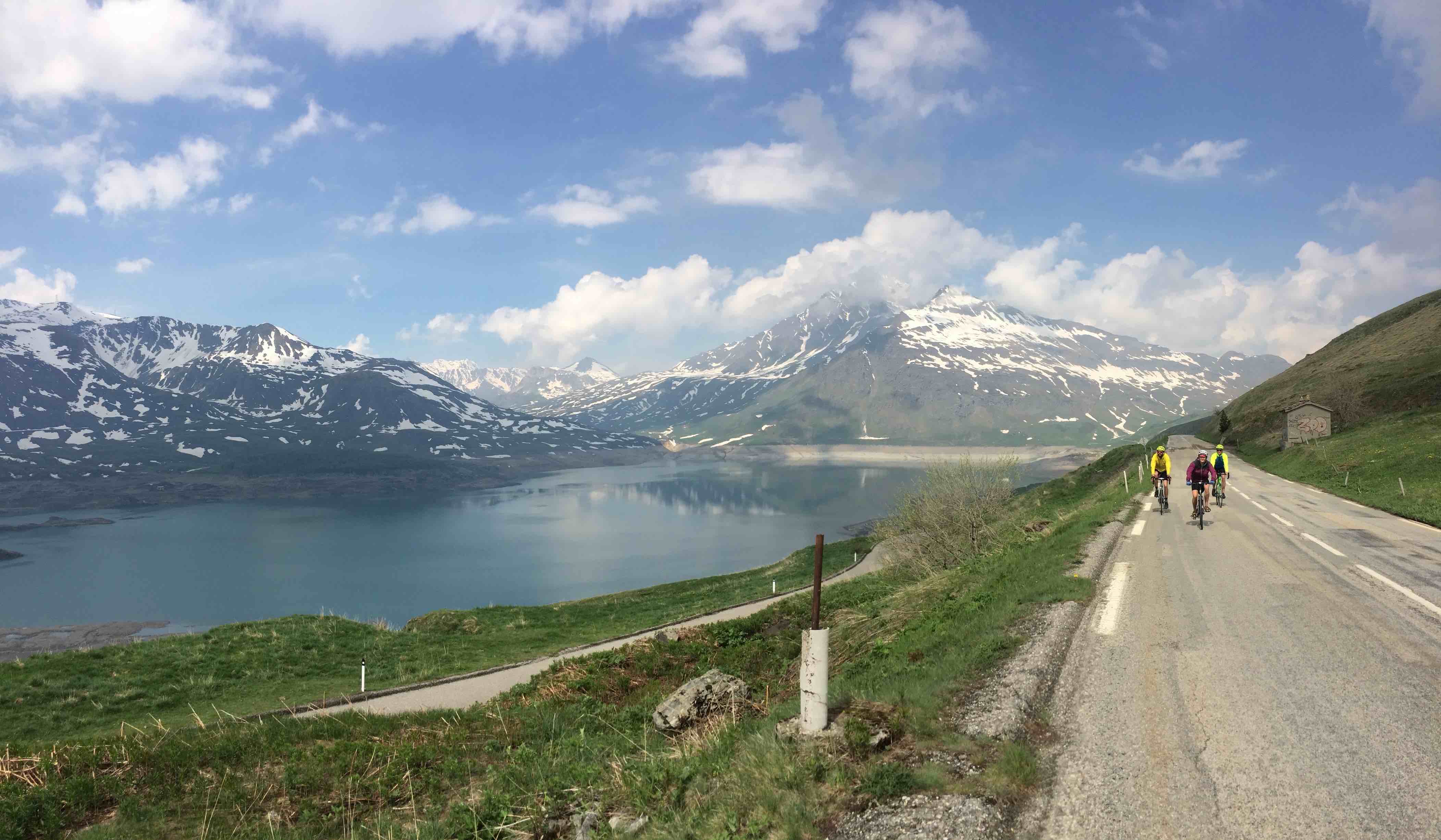 “We’ve seen how much further money can go when projects are run by volunteers,” Harri explains. “We fundraise in an interesting way but fund all the boring stuff – rent, maintenance and legal fees, for example. Help Refugees spend their time getting to know grassroots refugee projects across Europe, monitoring and evaluating them, and knowing where the need is on a bigger scale. So, this year we’ll be sharing the decision-making with them to ensure that funding goes to projects that prioritise dignity and being inclusive of the local community.”

Everyone in the core Thighs of Steel team has seen both good and problematic attempts to address the migrant crisis – so they’re very conscious of avoiding any white saviour-ism on the rides. Like many of the projects they support, there’s equal and optionally anonymous participation from many people from within the refugee community.

Mahmoud can’t cycle due to injuries he sustained to his legs during the war in Syria, but he has come along on previous rides to work as part of the core team. Sometimes, when conversations around the campfire turn to politics, he shares his personal perspective, which has been an immense learning experience for all those lucky enough to hear.

“People come for the adventure and for humanitarian reasons, too,” Mahmoud explains. “Everyone comes back exhausted at the end of each day, but you appreciate everything – from getting soaked in the rain, the dirt from the road and the tough climbs because you know there’s a greater goal. It’s not only the fight against yourself that pushes you. It is also the love and big hearts of the people around you that keeps you going. People cross their limits, learn more about themselves and do everything together. For the first time in eight years, I got to experience the feeling of free movement again. Crossing borders this easily seemed impossible for me for so long and just being able to move freely in between all these beautiful countries was the most fulfilling feeling of them all.”

Thighs of Steel are off on their next ride in early July, some of the weeks of the ride are already full, however others still currently have spaces.

Linkedin
RELATED ARTICLES
OTHER ARTICLES
From Brooklyn gang members, to Welsh miners and the residents of East Harlem, Bruce Davidson used his camera to shine a light on the most marginalised.
Those set to be impacted by the governments ’undemocratic’ bill explain why it risks silencing them.
Photographer Melanie Nissen recalls capturing the characters, fashions and rarefied chaos of a rapidly-expanding set of punk bands who helped to redefine the genre.
A new book traces the legislation’s tumultuous history and the lasting impact its had on LGBTQ+ activism today.
With abuse of call-centre staff on the rise, many are now speaking out about the hostility they’ve faced.
Hundreds gathered together to protest the policing bill by making as much of a racket as possible.