People of colour get little representation in outdoor culture. But Black Trail Runners aims to change that.

People of colour get little representation in outdoor culture – but Black Trail Runners aims to change that. In the final instalment of Future Proof, produced in partnership with Squarespace, the group explains how they’re working to transform it for the better.

It’s golden hour in the winter light of a London afternoon. Phil Young, Dora Atim and Marcus Brown, founding members of Black Trail Runners, are negotiating the wooded paths of Pole Hill, on the edge of Epping Forest to the northeast of the city.

“It’s crazy that it still feels somehow unusual to run trails with people who look like me,” says Phil as they emerge from a clearing, looking south to where the metropolis hums in the lowering sun and all its layered complexity. “We are so close to the madness,” he reflects. “Running beautiful trails like this doesn’t have to mean being out in the Himalayas – you can do it on your doorstep too.”

Phil is at the heart of the Black Trail Runners crew, a collective of passionate amateur athletes – people of colour who aim to address the lack of diversity out there on the trail. Each of the crew bring different skills to the table, but they are united by a passion to move the dial and to draw more people of colour into the textured culture of the outdoors. 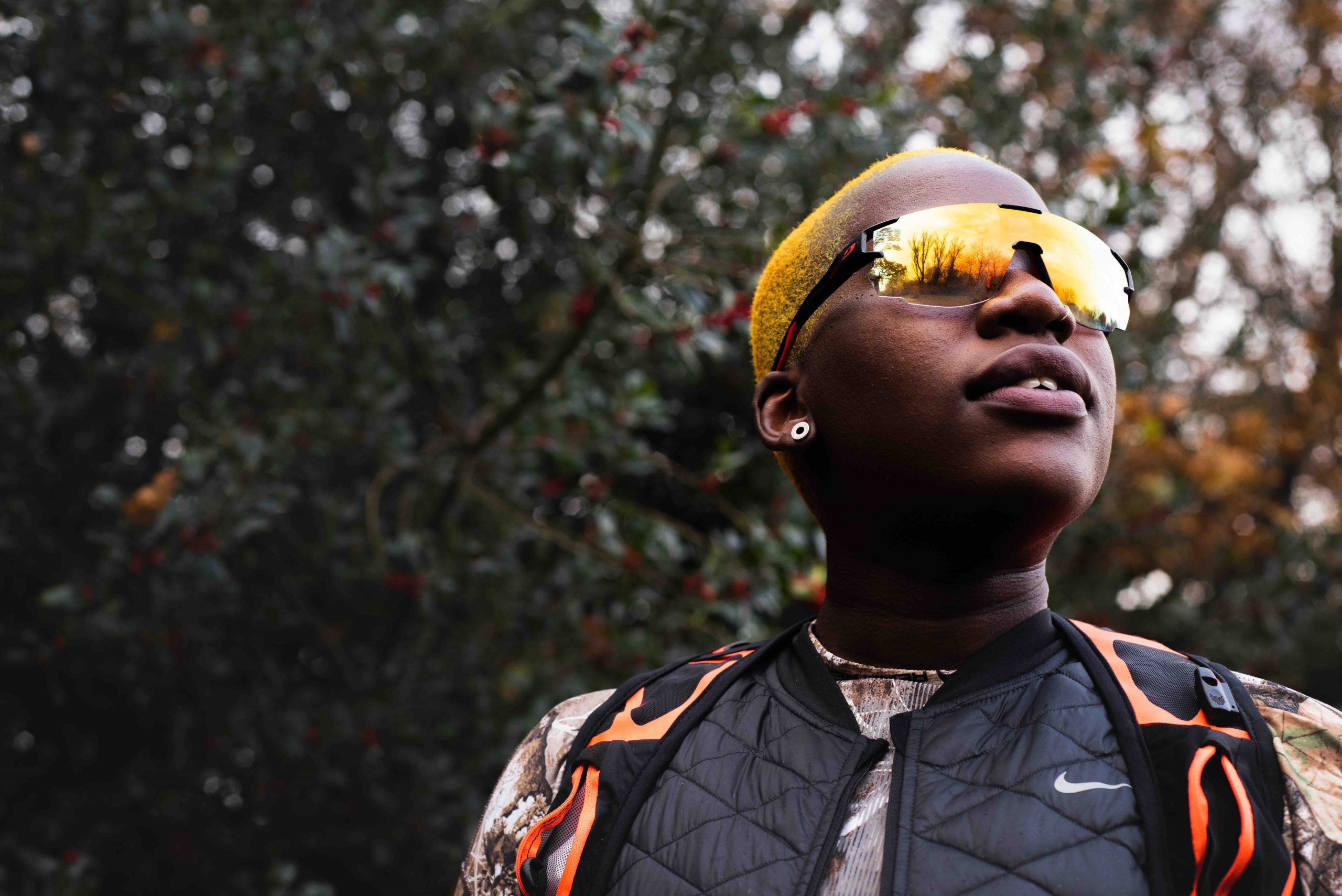 Running coach Dora Atim brings her unique style to trails – and is motivator-in-chief of the BTR community.

“We came together this year deep in the first lockdown,” says distance specialist Marcus. “At first this was just through social media groups and occasional meet-ups on the trail. But it was clear that we wanted to pull together and make something happen out there to inspire other people and to let them know that they can have a relationship with the hills and the trails.”

Pretty soon it was obvious that this online community had to take the next step. In order to build that community and to spread their message, they decided to create a Squarespace website – one that would promote the truth that the trails are for everyone. Dora Atim, a running coach and motivator in chief of BTR’s core group, brings a unique sense of purpose to the mission. “In order to build a community you need to have that shared passion,” she says. “We need to gather the community together, to put on our own race events and coaching sessions, to monitor the ethnic mix at existing events, and to rally round and say it loud and proud: now is the time to take action and change things.” 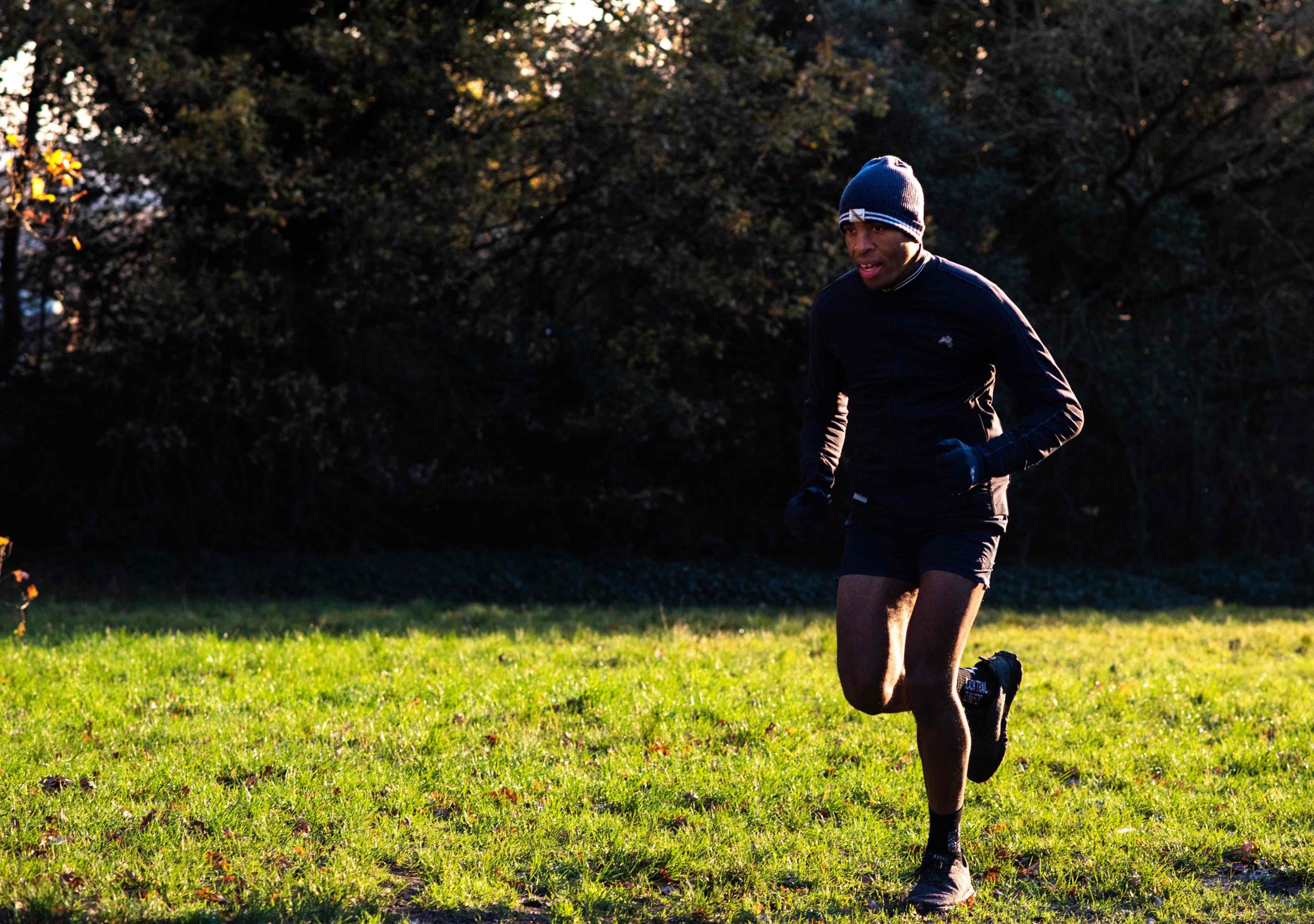 Marcus Brown is the most accomplished distance runner in the BTR community. He is passionate about communicating the beautifully textured realities of running trails.

There’s a kind of magic when the BTR crew get together. Lockdowns and isolation have right from the start meant that socially-distanced meet-ups on the trail play a vital role in keeping the mental and physical juices flowing. This beautiful afternoon is the first time that the three runners have been able to meet in person, having been connected until now via social media and video conferencing. “It’s so nice to actually meet up and run together for once,” she says, as they bump elbows and Vogue it up for the selfie. “Let’s run!”

Phil Young has a long history in the culture of the outdoors. He helped to define the British snowboard scene’s punkish boomtime of the 1990s. Since then, he has gone on to become a dynamic presence in the culture of outdoor sports more broadly: he runs events and collaborates with brands, producing films and editorial content, drawing people together through the connective tissue of culture. In the process he has emerged as an activist for inclusion and diversity in all things under the open sky. 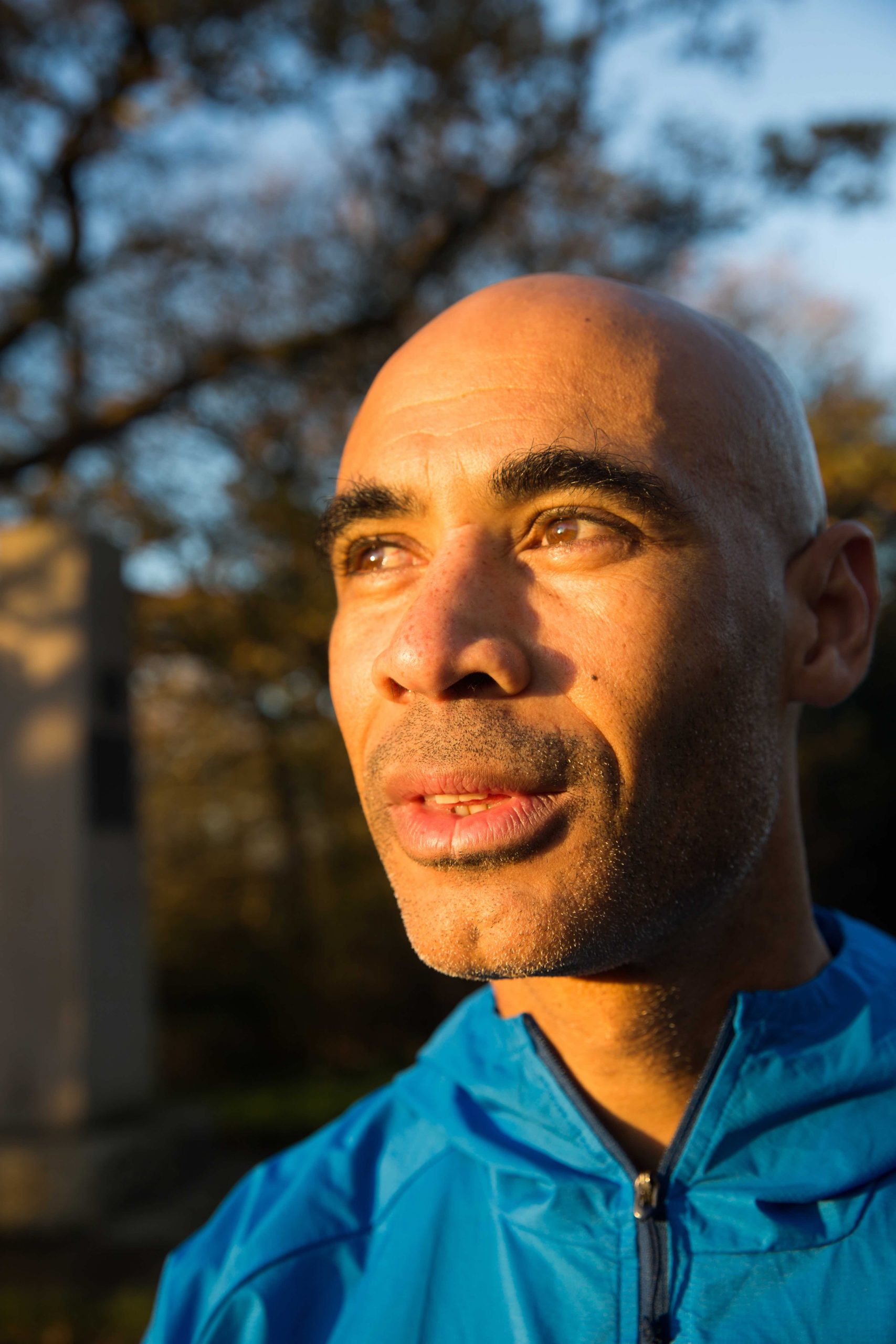 Having blazed a trail of his own in the culture of the outdoors, Phil Young is determined to bring excluded communities to the sport of trail running.

“It’s a sad truth that, though the outdoors is really for everyone, it hasn’t been an inclusive space for Black and Brown people, particularly in this country,” he says. In this sense, Black Trail Runners is at the core of a passionate pursuit for equality in a scene he has inhabited for the past three decades. “BTR is just a small step on the road to addressing these issues. A change is going to come. The question we’re asking of people is: ‘Are you with us?’”

It’s certainly been a long time coming. The facts underline the glaring lack of diversity out there in the hills, the crags, and the coastlines of these islands. In a recent survey conducted by the British National Parks Authority, though people of Black Asian Minority Ethnic communities account for 14 percent of the UK population, only 1 percent of visitors identify as BAME. “It’s a shocking statistic,” says Phil. “If it’s really true that the environment is for everyone it’s also a damning truth that so few people from the Black and Brown communities of this country feel as if they belong in the landscape.” 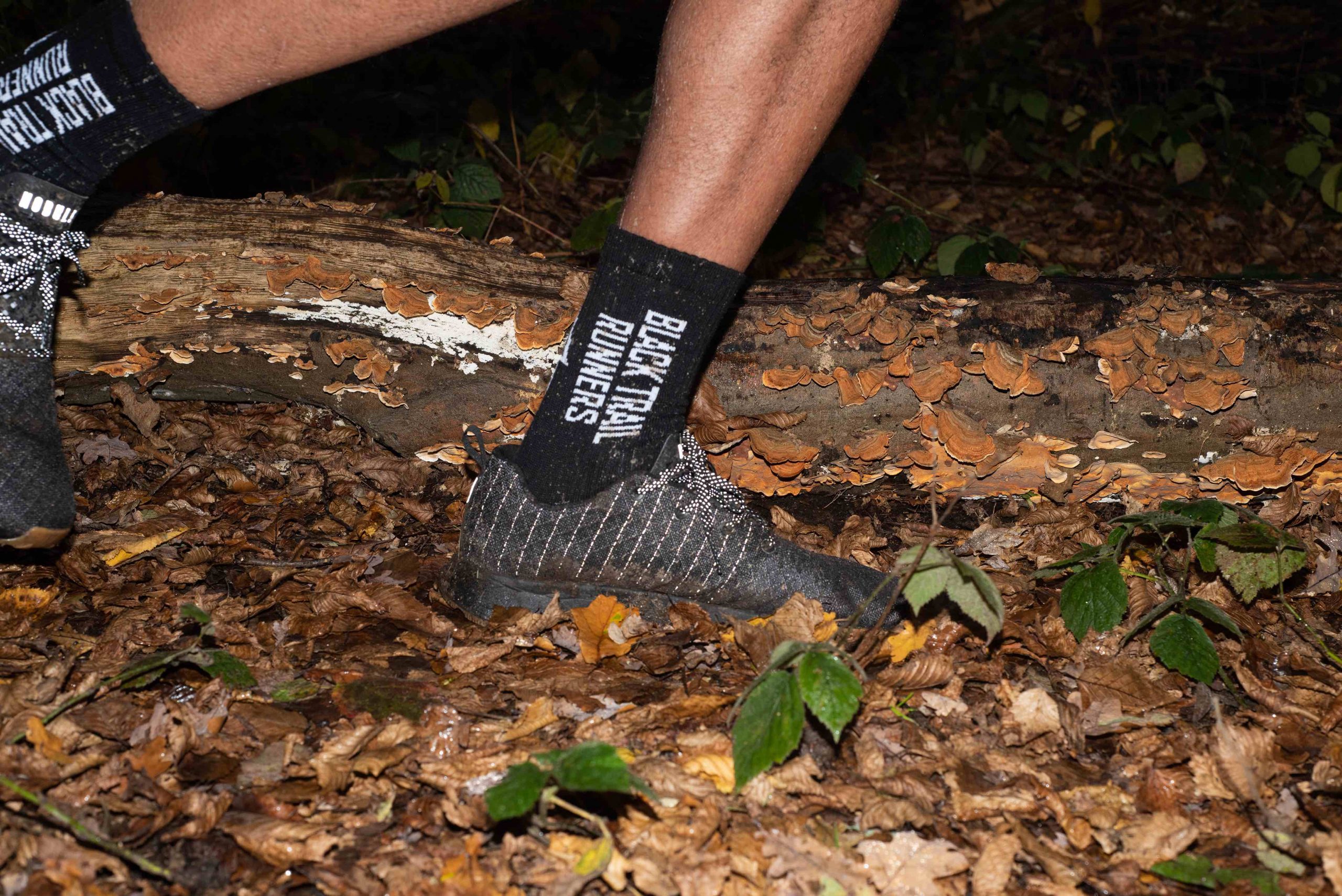 Black Trail Runners say it loud and proud – now is the time for change.

The reasons for this are many and difficult to pull apart. Underpinning the situation are stark facts as well as historical realities. “When you’re running trails as a Black person, you are usually alone,” Phil explains. “You hardly ever see another person of colour on the trail. And for many of us, this is a real problem.” Black and Brown people in this country live overwhelmingly in only three very densely populated urban areas. In fact, a Sport England report this year confirmed that people who identify as BAME are seven times more likely to live in an urban area than people who identify as ‘white British’.

“The problem is one of access, knowledge, and representation,” Phil continues. “If we as a community can address the visibility and representation of people who look like me in the outdoors, it might help so many of the historical scars to do with Empire and Colonialism that make the situation in Britain so specific. The fact remains: you can’t be what you can’t see.” 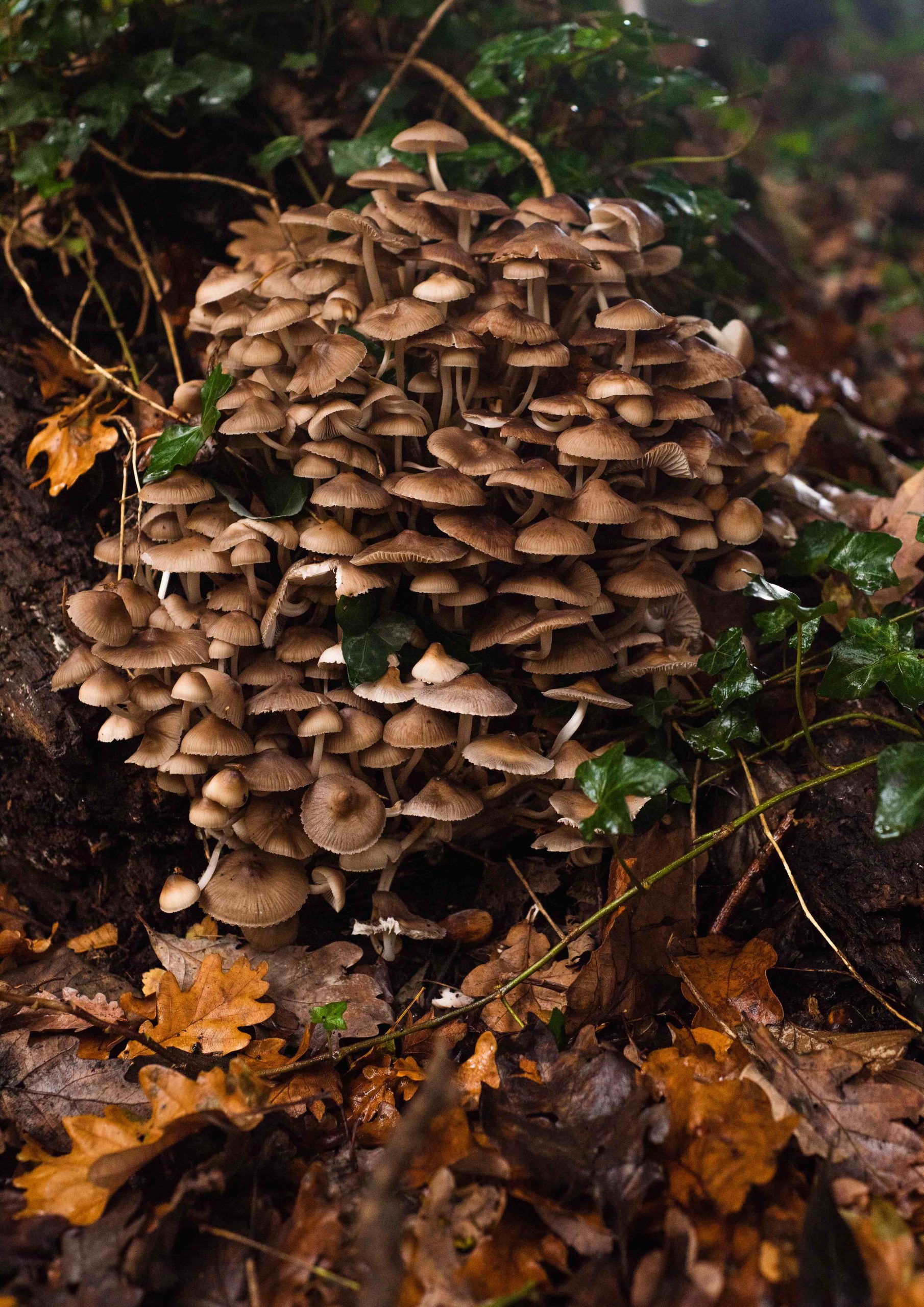 A recent survey from the British National Parks Authority found that, although people of Black Asian Minority Ethnic communities account for 14 percent of the UK population, only 1 percent of their visitors identify as BAME.

The fact is undeniable but difficult for many of us to accept: the trope of a Black or Brown person in the British landscape simply does not exist. Historically, spaces in Britain have been racialised, so it’s been difficult for people of colour to physically access the outdoors. “The way that the culture of outdoor sports has been communicated has been so rooted in the language of conquest, broadcast in terms of dominance and achievement, and packaged fundamentally as a very conservative, very exclusive place populated by middle-class white people – usually with beards. We want to change that.”

Marcus Brown is one of the most accomplished runners in the BTR community. Since starting his marathon journey, he has slashed his marathon time from over four hours to under three. “At times, the idea of Black Trail Runners can come across like a separatist organisation,” he says, laughing. “But it’s just about us wanting to be part of the normal conversation. We want Black and Brown people to feel welcome in the spaces where we run.” 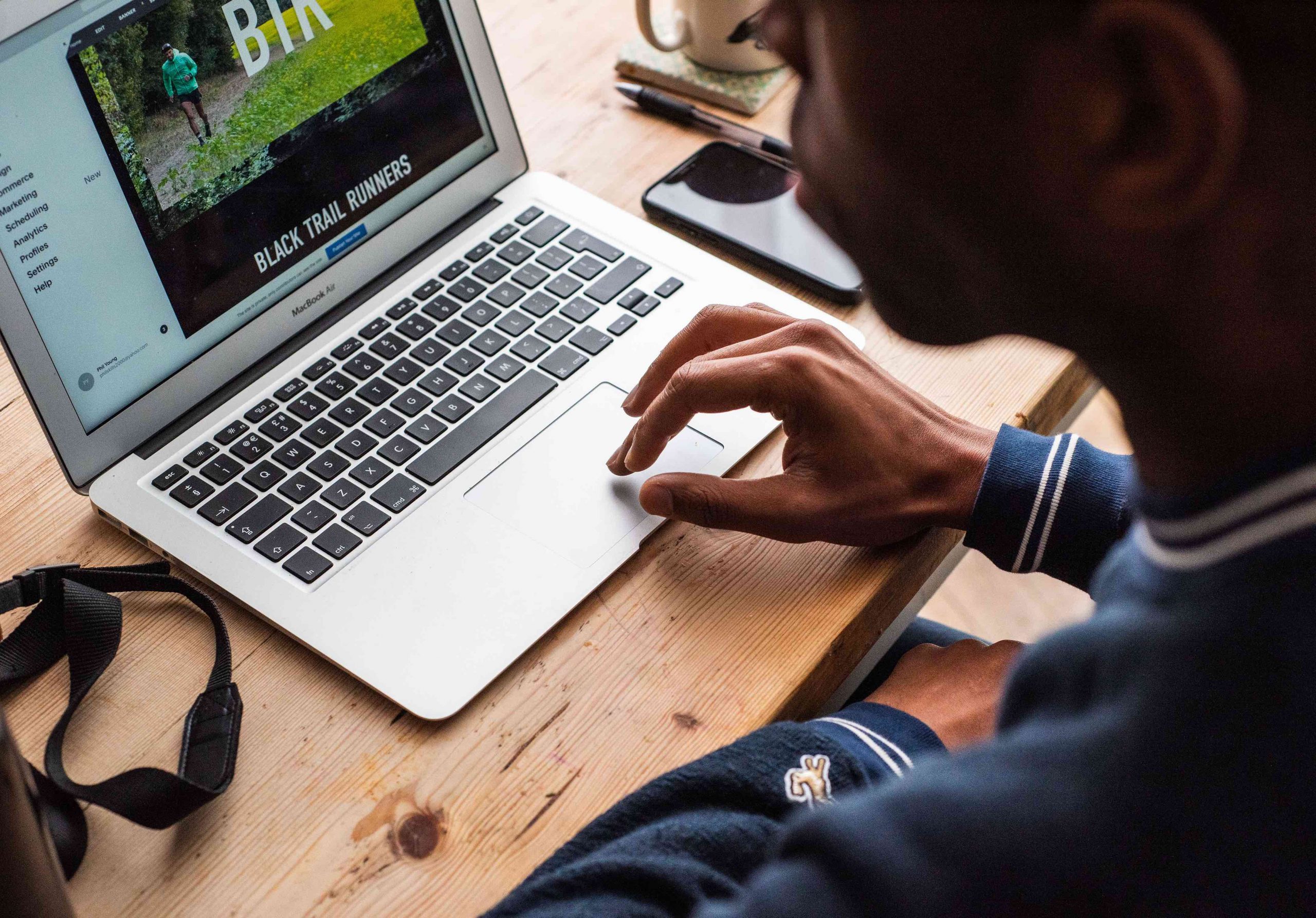 Building a Squarespace website is the next stage in getting the word out there – the outdoors is for everyone.

Marcus is a full-time quantity surveyor and a father but manages to get the training hours in while continuing to inspire others. Behind a calm, mild exterior there is a steely quality to him. It’s the kind of grit necessary to cover wild distances via a fleet foot. “There is something amazing about running trails,” he says. “As you run you begin to feel more connected with yourself, as well as the landscape around you. It’s that beauty, that connection that we really want to promote with the new BTR site – as well as providing knowledge and information to a community that really needs these kinds of access points.”

With a healthy social media platform of his own and a passion for inspiring and informing folks around him, Marcus was keen that the BTR community take the next step and, with Squarespace, build a website of their own in order to amplify their online presence. “It’s the next step toward getting our mission and our values out into the wider world,” he says. It’s not just about our local community here in London – we’d like to get the message out there on a global level and inspire a whole generation of Black and Brown people to feel as if it were their right to enjoy running trails, and [be] part of the landscape itself.” 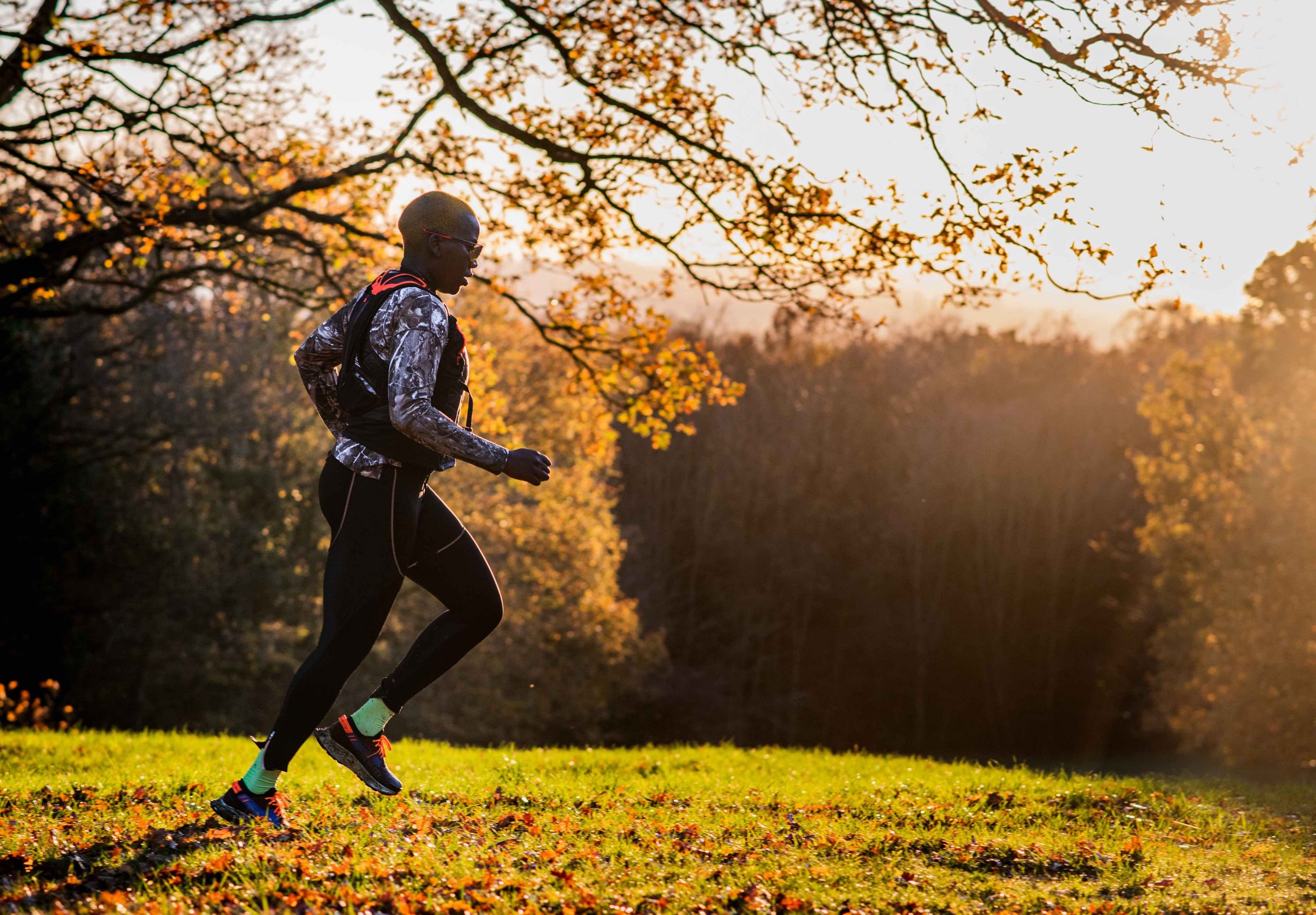 Trail Running doesn’t have to be about being lost in the wilderness – adventure can be right on your doorstep.

In order to do that, the Squarespace site the team is currently building flexes the many levels of functionality that’s available. “It’s important that we have a members area and a blog element so we can tell our stories. It’s about inspiration as well as information, so an events calendar particularly focused on access for people of colour is going to be vital.”

In building their community, getting the word out there via their website, and making sure that the visibility of Black and Brown people out on the trails is here to stay, BTR are striving for a just kind of obsolescence. “It would be really nice if in five years, we wouldn’t have to exist as an organisation,” says Dora as the three friends stretch out, ready to make the short last sprint out of the forest and back to the city below. 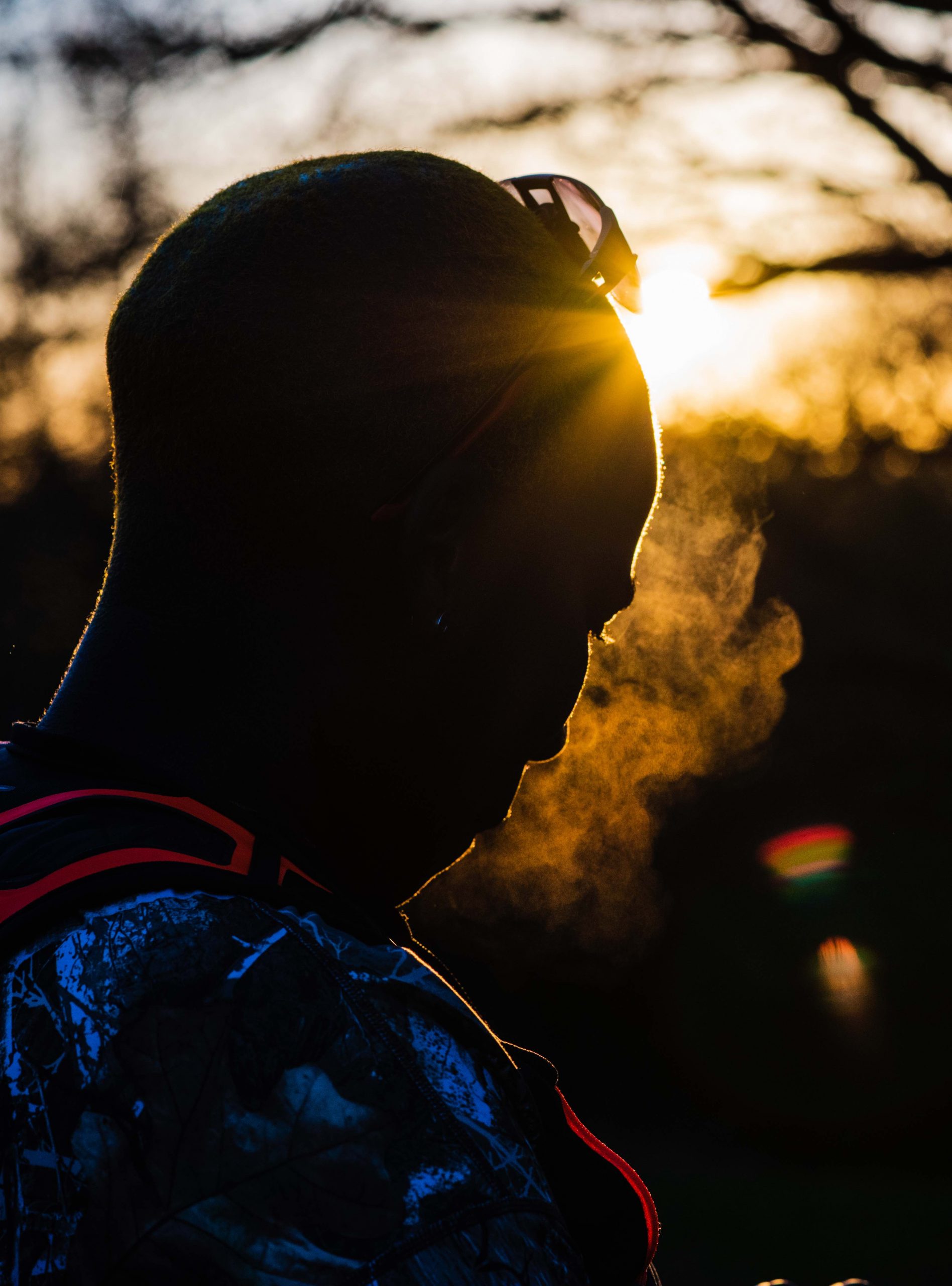 Dora and the team are working to ensure the visibility of Black and Brown people on the trails is here to stay. “How good would it be if everyone embraced the landscape as their own?”

Read more stories from Future Proof, an editorial series in partnership with Squarespace.

Linkedin
RELATED ARTICLES
OTHER ARTICLES
In the wake of the decision by the supreme court to overturn Roe v Wade, thousands of protestors filled the streets to express their rage and anguish.
In the latest instalment of Photographers in Conversation, the chronicler of raves, protests and beyond explains why he’s drawn to such specifically visceral environments.
For decades, an area of East London has served as a community hub for Vietnamese people looking for a taste of home.
The last few years have seen an increase in LGBTQ-led initiatives to feed the hungry, with many finding ways to stay afloat despite the challenges.
A new edition of a seminal book brings together iconic images of the band onstage in their full glory and backstage in moments of unguarded camaraderie.
Curator Antoine de Beaupré discusses his immense record collection and what it tells us about the intersection of music, photography, art, and commerce.