The last foreign glider to fly in Iran found himself locked up behind bars. When American Nick Greece took flight, he had no idea what would happen.

The last foreign glider to fly in Iran found himself locked up behind bars. When American pro-glider Nick Greece took flight, he had no idea how his border-breaking trip would end.

“The last outsiders to fly in Iran were arrested and thrown in jail for six months”, Nick Greece explains with a laugh. Nick has turned a successful world-cup paragliding career into a globe-trotting life of adventure, and a springboard for humanitarian non-profit the Cloudbase Foundation, which has helped rebuild in Haiti, Ecuador, and Nepal in the wake of their earthquakes. Last year, he was also the first American to be granted a visa to legally take wing in Iran.

“I would close my eyes and try to imagine Iran, and I couldn’t picture anything, it was just a blank slate”, he admits when asked why he chose a spot with such a dangerous reputation. “So with [newly elected president] Rouhani coming in there I felt this could be an opportunity to go and see the place.” 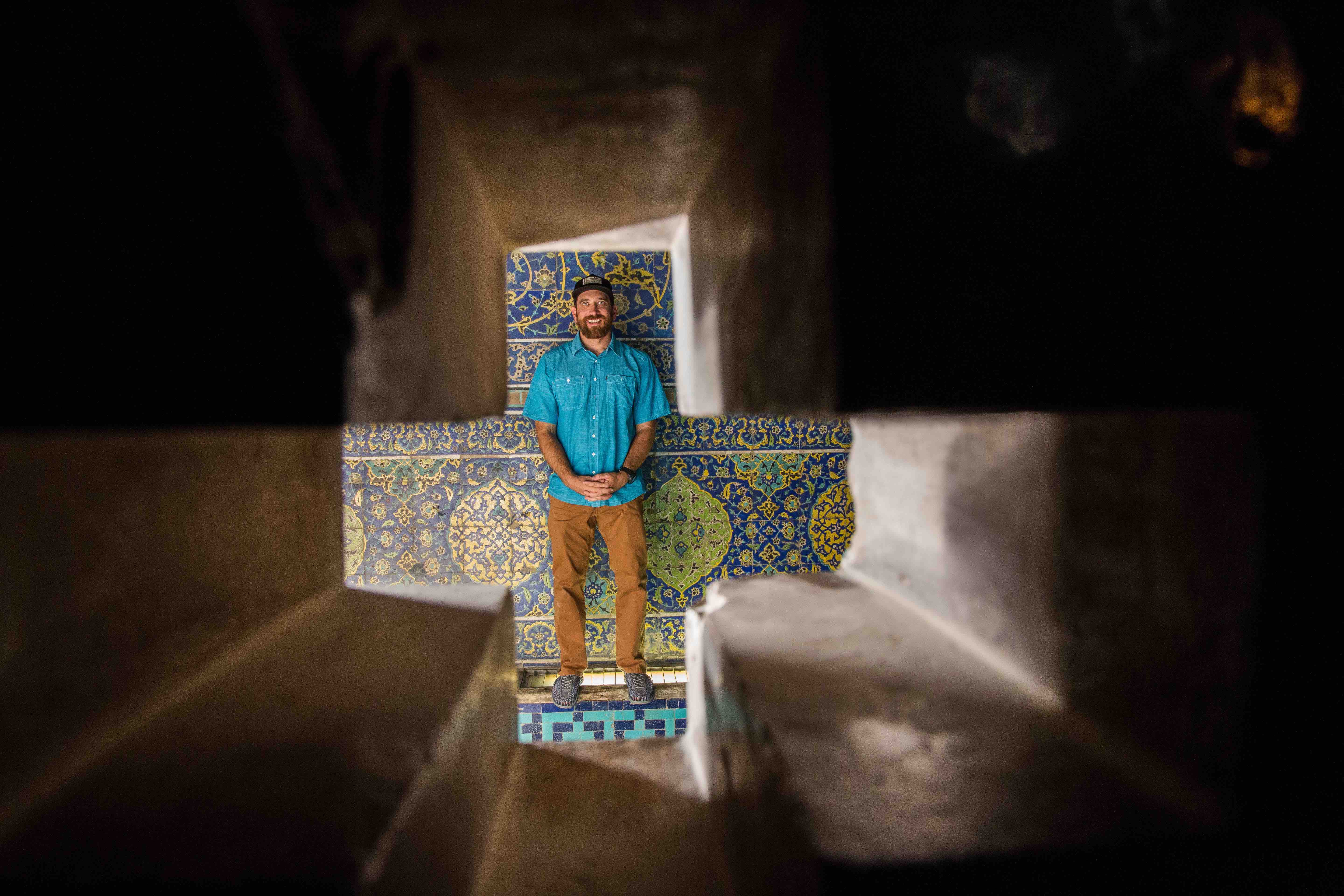 Taking to social media, Nick connected with fellow paraglider pilots in Iran via Facebook, striking up new friendships that soon led to a border-breaking trip. He might have been a bit of nervousness at first, but Nick soon found that as is so often the case, he had plenty in common with his Iranian counterparts.

“At the end of the day, everybody is just trying to live and find happiness,” he shrugs, thinking back. “Ironically, that means the same thing for all of us, all over the world: food, shelter… Then once we get to a higher level, comfort. Family. That’s the thing.”

“Iran is surprising. Minus the cars, which are janky due to embargoes, people are working, they’re successful, the economy is strong, or so it looks to me,” Nick continues. “I don’t know about the geopolitical landscape. But as a traveler, and I’ve travelled all over the world, it’s a healthy, prosperous, bustling culture. And that’s something that surprised me – in my preconceived, American culturally-reinforced stereotype I pictured it to be, I don’t know, struggling, dusty, and decrepit.” 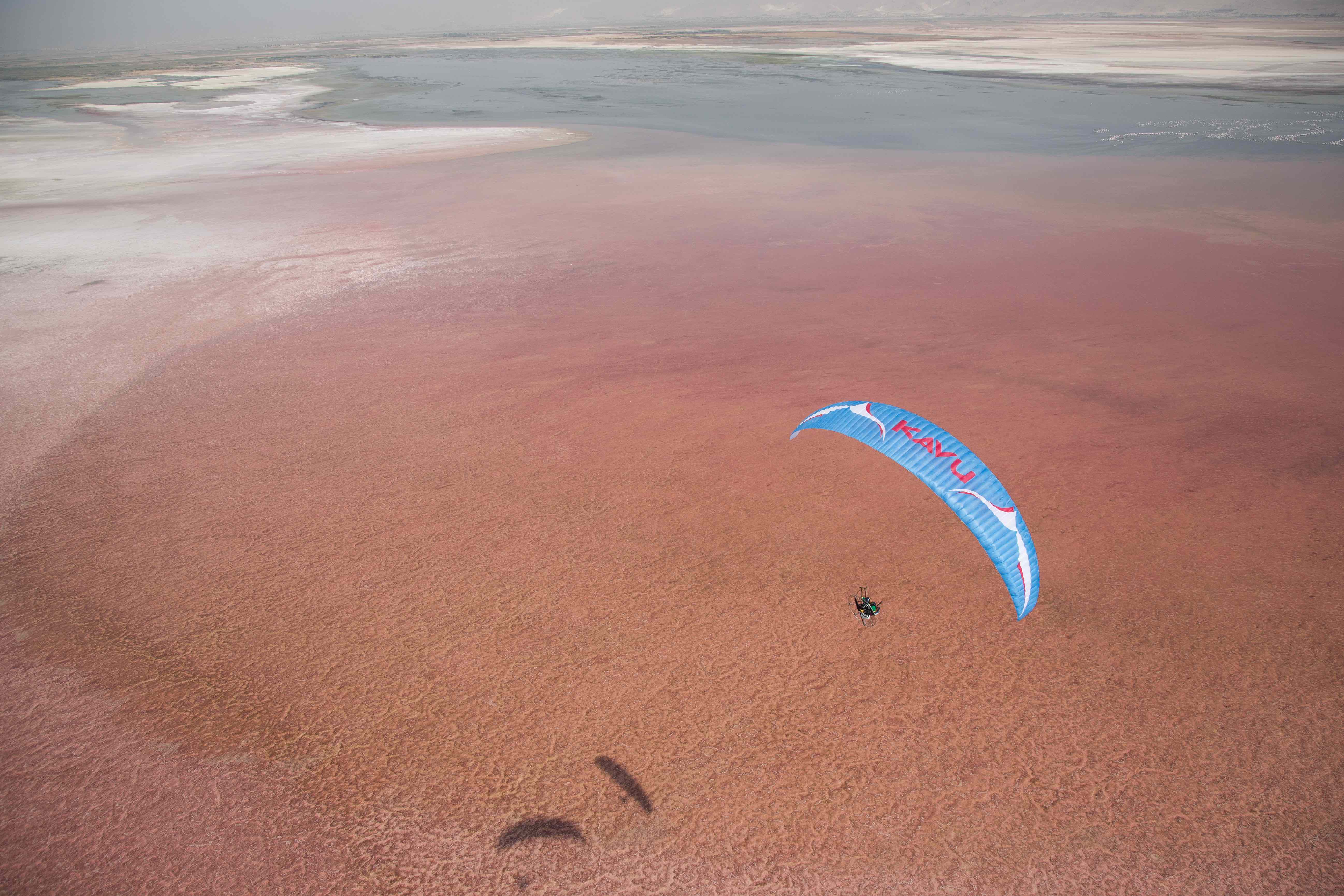 The novelty of his being able to make international connections over a shared love of flying isn’t lost on Nick. “Let’s not confuse the fact that if they’re flying a paraglider and I’m flying a paraglider we’re on a different strata than people just trying to survive”, he notes. “You have to have a respect for those people. To even be able to talk and think about all these things is a luxury, and we forget that.”

There are also, of course, some stark cultural differences.

Nick might have been able to freely visit Iran, but in the wake of Donald Trump’s much harangued Muslim travel ban Iranians are no longer able to cross the U.S. border. It’s a move that surprised Nick just as it did millions of other people, although he steadfastly maintains that he’ll see his new friends again, and soon.

“A year and a half has passed, and at the time I always thought that relations (between our countries) were getting better, you know?” he muses, shaking his head. “I had no idea a year and a half later this populist movement would sweep into the U.S., of all the places. But this is because of the people in power, and people in power come and go. People like us, people that are living in these communities, we’re here and always will be. So it comforts me knowing that, since I’ve been there, at the end of the day we’re all the same.”

Linkedin
RELATED ARTICLES
OTHER ARTICLES
The government’s brutal crackdown on NGOs has left victims of rape without anywhere to seek help. And now, as the country plays a key role is Russia’s war, things are only getting worse.
Photojournalist Fiora Garenzi spoke with people still living in Eastern Ukraine, an area which seen some of the heaviest fighting since the war began.
Yesterday, rail workers came together to protest poor pay, working conditions and job cuts in their latest round of strikes.
A sharp increase in officers armed with the electrical weapon is resulting in serious injuries and deaths.
Photographer Bud Glick recounts documenting everyday life in the area, and what it taught him about the Chinese immigrant experience.
A series of photos by the late Jerry Dantzic taken in 1957 show a tender side to the iconic Jazz musician.