Issue Archive / Climber Kathy Karlo is on an all-conquering journey 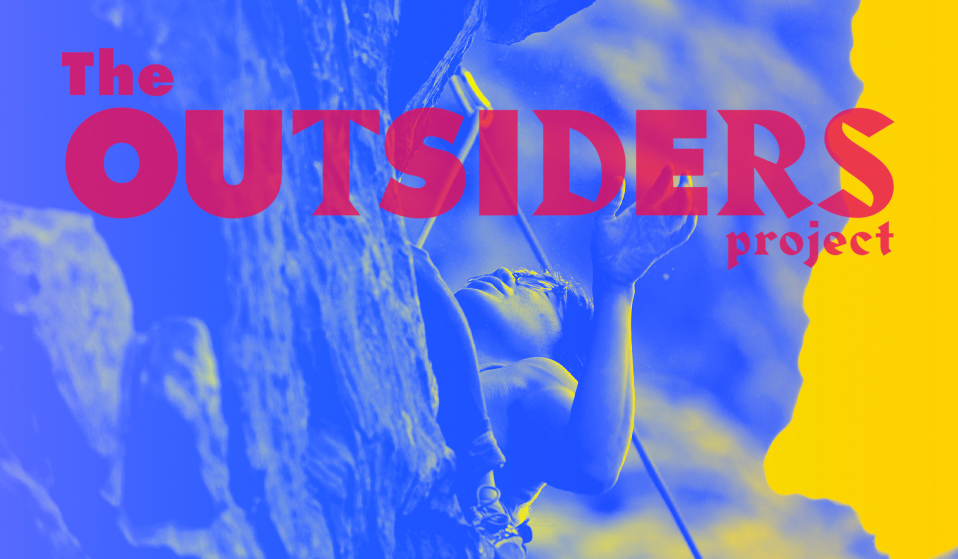 We catch up with the climber and podcast host at The Red, Kentucky – the latest stop on her perpetual American road trip.

In this series, we crash someone’s personal space in a bid to find out why it means so much to them. Here, we catch up with the climber and podcast host at The Red, Kentucky – the latest stop on her perpetual American road trip.

Recently, Kathy Karlo was trying to describe the Red River Gorge to a friend who’d never visited before. Despite her best intentions, the climber and podcast host could only offer one valid comparison when it came to painting an accurate picture of the famed Kentucky canyon system: Jurassic Park.

“It sounds kind of crazy,” she says, laughing. “But I’ve found leaves there that were as big as my torso – like, the size of dinosaur footprints. If you go there during the spring it’s so green, because the east coast – the south east especially – gets so much rain. But in the fall, you get these gorgeous oranges, reds, and everything looks like it’s on fire.” 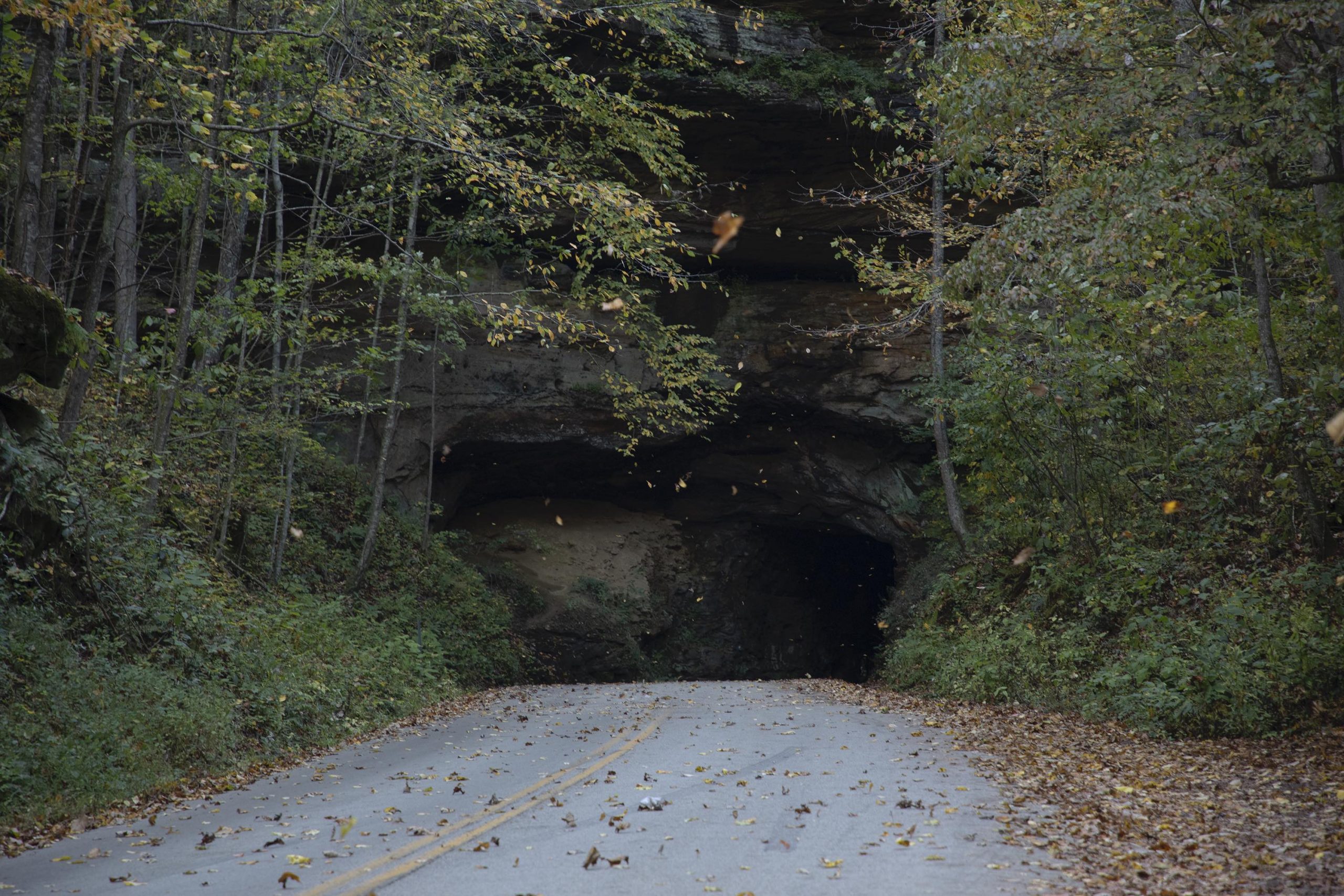 The Gorge, known simply as ‘The Red’ by the climbing community, just so happens to be the latest stop on Kathy’s perpetual American road trip. Since December 2018, she’s been fully mobile, moving from state to state, community to community, and living out of her trusty van. Ask the 34 year old – who stands at five-feet tall and weighs about 100 pounds “on a good day” – what spurred the pivot to transience, and she’ll tell you, with confidence, that every significant decision she’s made in the last nine years has been based on one simple question: ‘How can I go climbing more?’

Kathy grew up on the east coast, New Jersey and then New York, in what she calls a “typical suburban family”. What wasn’t so typical, though, was her free-spirited nature – or, what her mother terms “insubordination”. From an early age, Kathy displayed a steely independence: as a kid, she competed in swimming and gymnastics, before quitting both the second she felt like she’d mastered them. Later, as a teen, she’d make trips out of the state for the weekend, only revealing where she’d been upon her return. She read and wrote voraciously, too, convincing her mum to buy her a laptop (“which, back in the ’90s, was this gigantic brick thing”), so that she could get to work on the next great American novel. 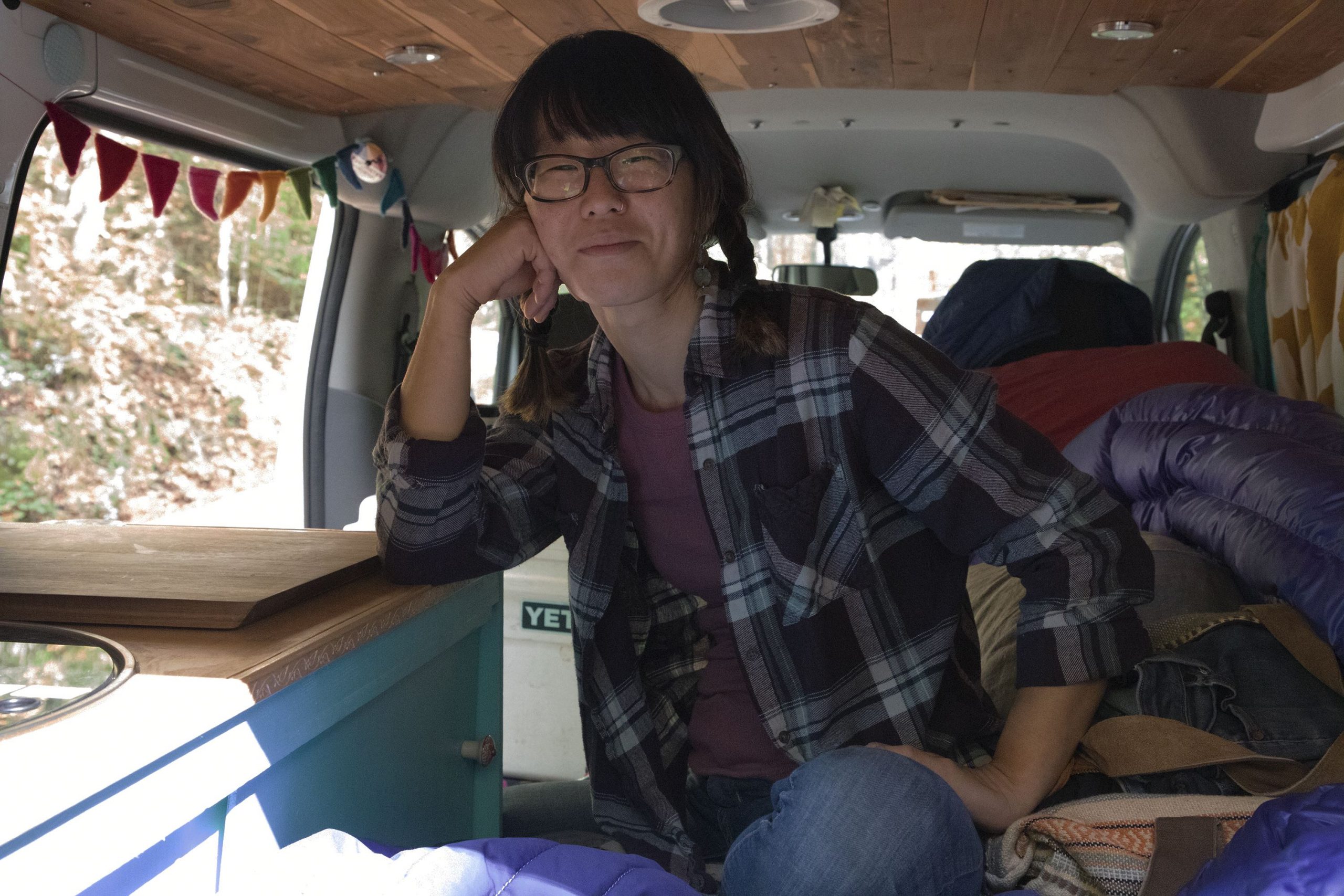 But she was never ‘outdoorsy’. It wasn’t until 2010, when her partner at the time introduced her to ice climbing, that her journey began. In short: Kathy and her boyfriend broke up and she wound up moving to New York City, where her determination to continue ice climbing – “It was like: ‘You’re in a break-up, you need to be doing something empowering!’” – eventually led her to rocks. By Spring 2011, she was climbing them whenever she could, regularly driving two hours out of town to the Shawangunk Mountains – ‘The Gunks’ – where she quickly honed her skills and embedded herself in the rock climbing community.

It soon became her life, and she began venturing further and further out of New York. In 2014, she launched a climbing blog, before leaving NYC in 2015 for a year-long trip – “I didn’t even have a van back then, I lived in my Honda!” – during which she picked up a series of climbing sponsorships. After that, she spent time living in Colorado – Denver, then Boulder – before heading back to New York, then Salt Lake City, ahead of packing up and hitting the road for good two years ago. “I sold my possessions, gave stuff away to charity, and just got in my car and took everything else with me. I didn’t have a storage unit or anything like that. I just left the city.” 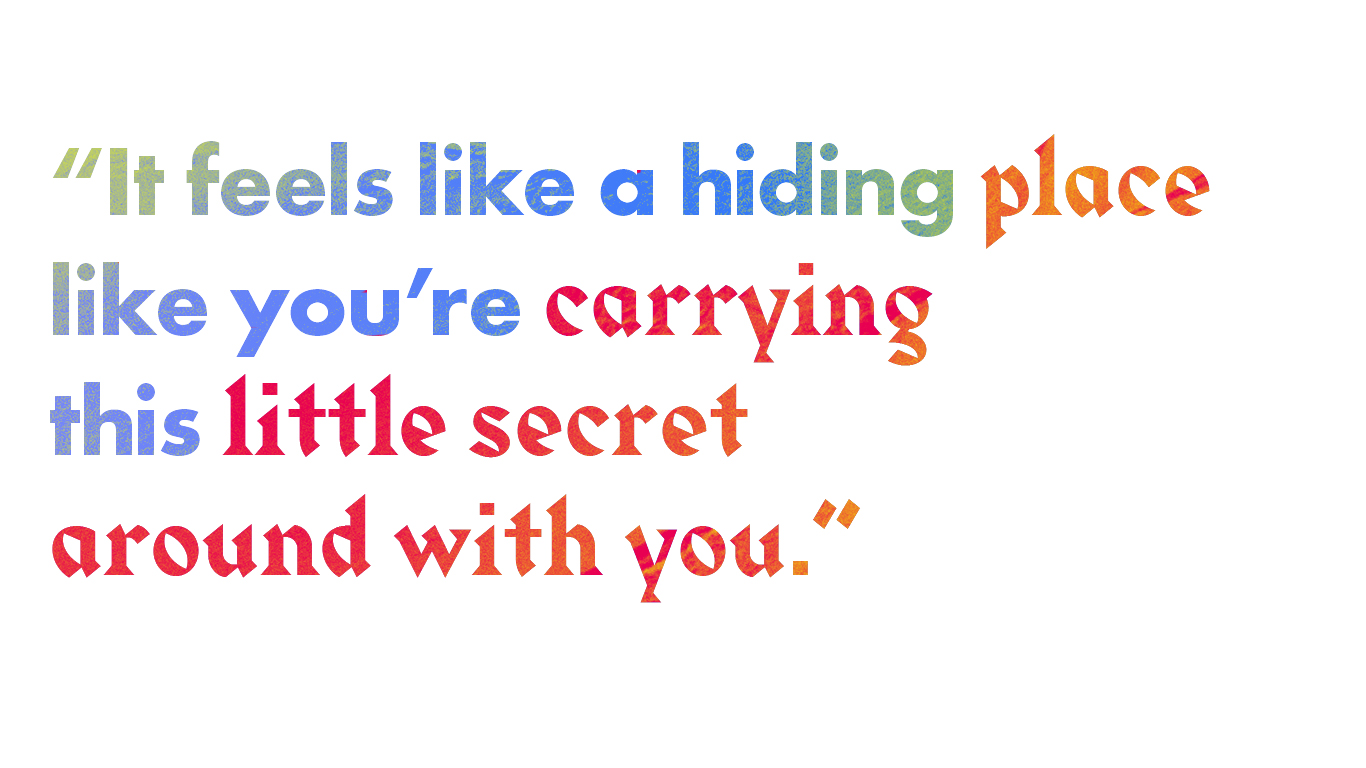 For The Love Of Climbing, the podcast she created and hosts, was born while all of this was happening, evolving organically out of the blog. While, initially, she started writing to share her own thoughts (and let her family know she was still alive), For The Love Of Climbing has always been a medium through which to share other people’s stories. As the host, Kathy is an almost invisible presence – “I cut myself out almost completely, I don’t want the spotlight to be on me” – instead handing the mic to her guests.

While climbing is always the way in, and each episode stars different members of the climbing scene, discussions are never anchored by it. Instead, it’s a podcast about embracing vulnerability, talking about pain – all of the messy things Kathy found that climbers, as a collective, tend to shy away from. As a woman in what remains a male-dominated space, she was perhaps more perceptive than most when it came to these walls. 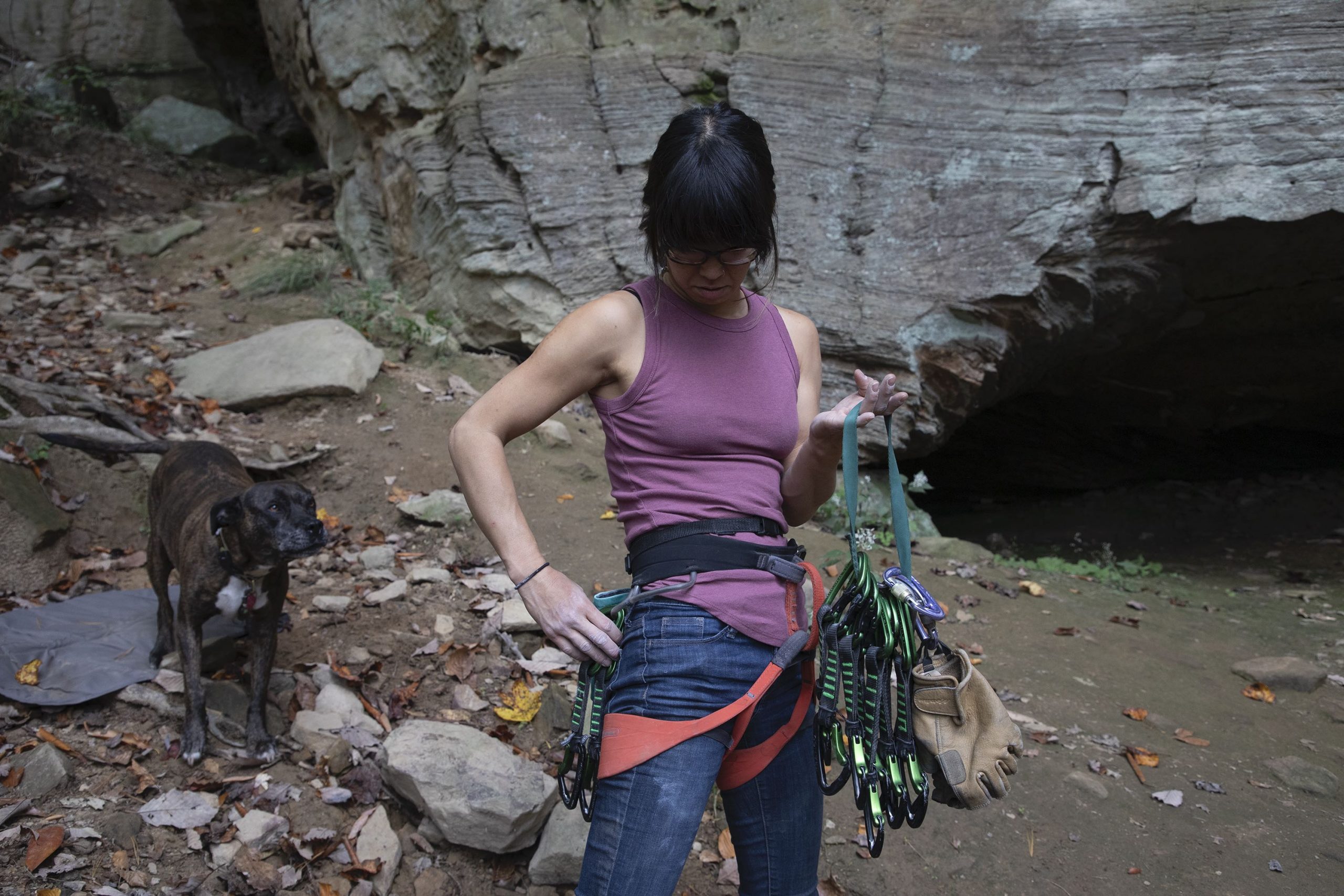 “The podcast is about acknowledging someone else’s reality, because it allows people to show up as they really are, which I think is really important in a world where we often pretend that everything is okay, and it’s not,” explains Kathy. “It’s  that old-school machismo approach. It’s so deeply ingrained, not just in climbing culture, but society too, and therefore within ourselves. You have this sport that is literally about conquering a mountain – it would be hard not to have that ego. I just think that, for years, the narrative was that vulnerability didn’t have a place in climbing. That was the reason I started the podcast, because somebody said that about an article I wrote! They literally said, ‘There’s no space for this in rock climbing.’ I was like, ‘Well, I will prove you wrong.’”

And she did. At the time of writing, For The Love Of Climbing has been downloaded over 200,000 times. Over the course of its 21 full-length episodes, conversations have navigated a whole range of topics – from sexual assault, to mental illness and grief – shining a light on issues that huge numbers of climbers have gone through. “Considering the state of the world at the moment, I spend a lot of time thinking about how you teach others empathy, and ultimately, I don’t actually think that it can be taught,” says Kathy. “I think you sort of have to learn it.” 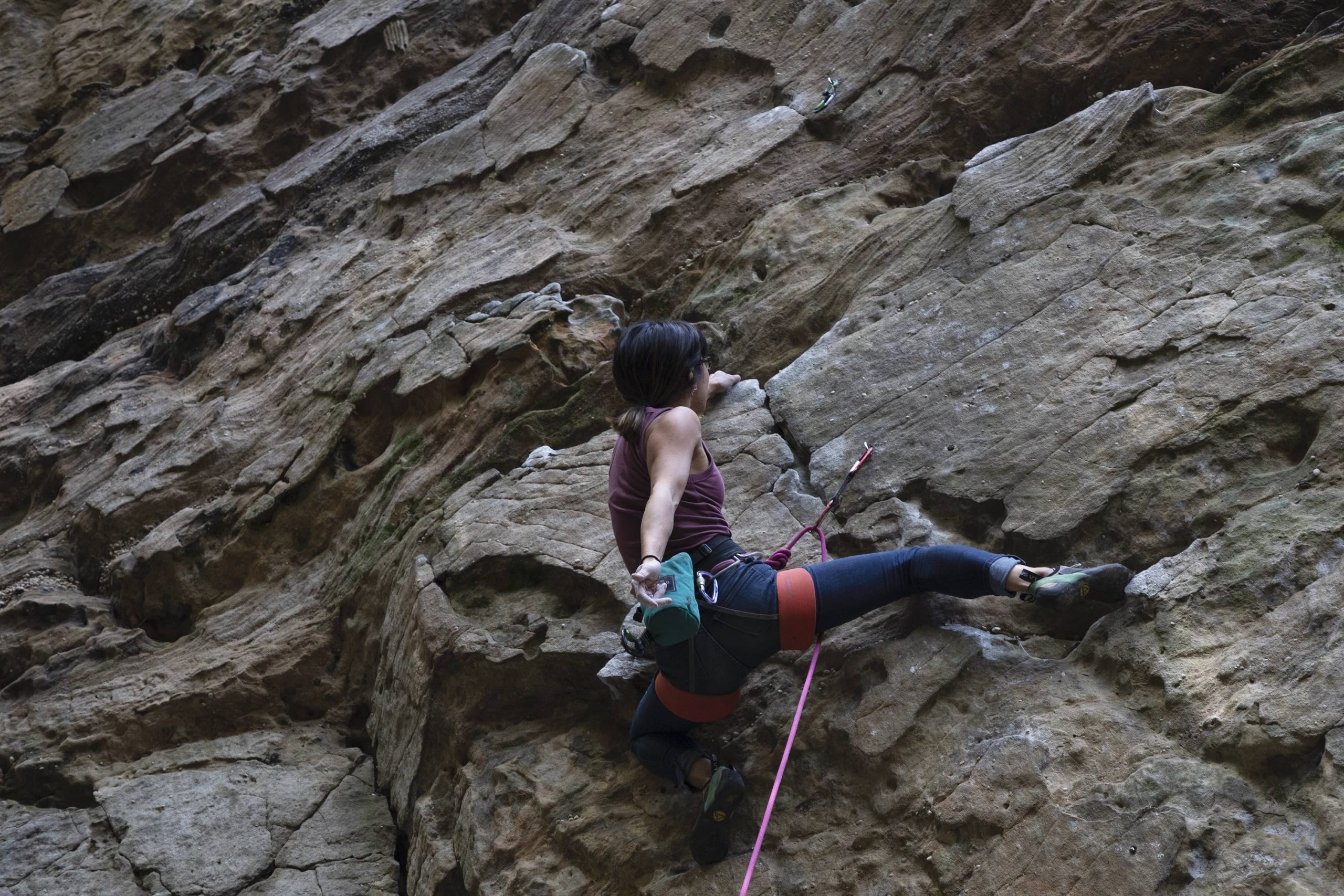 “As I started formatting the structure of the podcast, I [found] the best way to learn empathy and show up for other people – ourselves included – is to really just listen. That’s what good storytelling does: it allows us to step into someone else’s experience. So, whether you’re talking about death, or grief, or cancer, or racism, or sexual violence, you’re making the path easier for those who come after you.”

Today, nine years since she started, Kathy finds herself a key part of the global climbing community. As her journey has progressed, her network has grown, meaning that wherever she goes, her people are always nearby: a few weeks ago, it was Denver, Colorado; next, she’ll be out in West Virginia. For now, though, it’s The Red, a place where the unity that she believes best characterises climbing is as clear to see as anywhere. “It feels like a hiding place, like you’re carrying this little secret around with you,” she says. “I have a lot of friends who have literally moved to Kentucky for the climbing.” 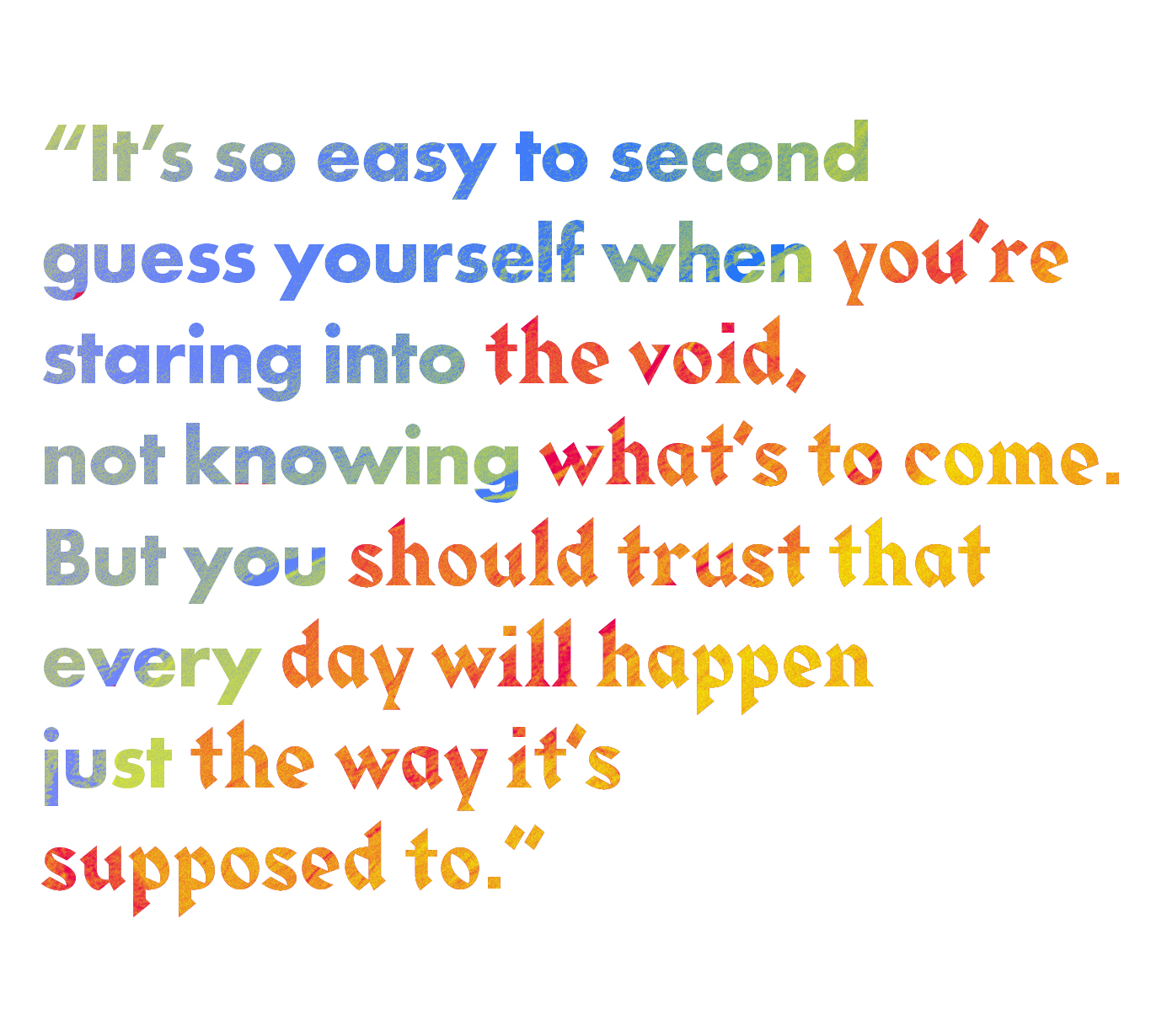 In truth, though, she probably gets a similar sort of feeling wherever she happens to be. Despite the different locations, and the series of journeys it took to reach them, Kathy has always been at home wherever she can do what she loves. There have been mistakes along the way – “fuck-ups” – and she’ll talk about them more openly than most. But given the chance, she wouldn’t change any of them – because she wouldn’t ever want to steer herself away from where she is right now.

“It’s so easy to second guess yourself when you’re staring into the void, not knowing what’s to come,” she says. “But you should trust that every day will happen just the way it’s supposed to.” 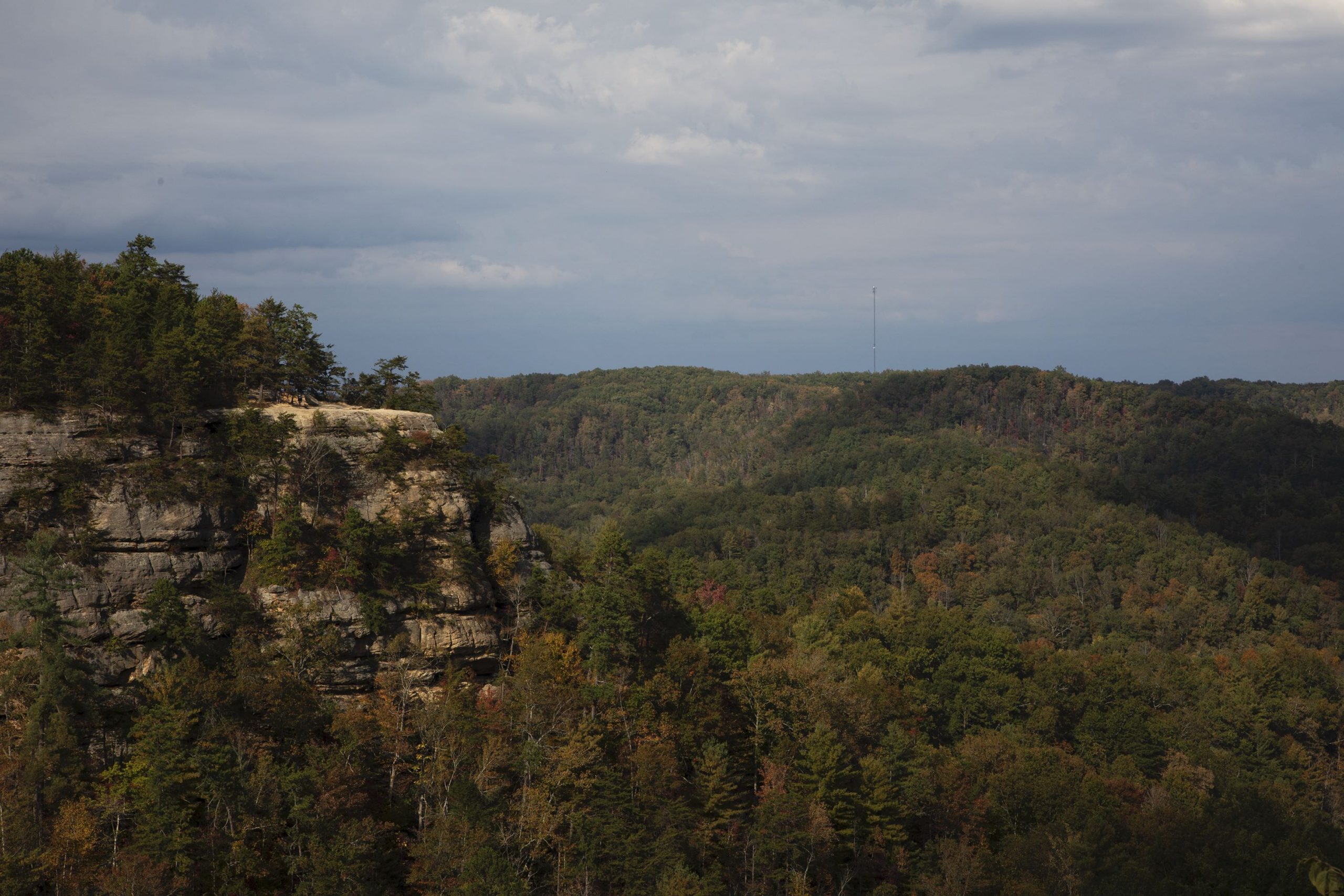 For The Love Of Climbing is available on Apple Podcasts, Spotify and Stitcher.

Linkedin
RELATED ARTICLES
OTHER ARTICLES
During the second wave of the pandemic, it was revealed that Covid patients with learning disabilities were given DNR notices. While shocking, the news spoke to a long history of sacrifices disproportionately falling on the shoulders of disabled people.
A new exhibition brings together lesser-seen works from the archive of Leni Sinclar, which chronicle Detroit‘s counterculture and struggles for justice.
Tony Davis discusses his candid shots of unbridled joy from Britain’s clubbing golden era and what his photos mean to a generation of ravers looking back on the nights that defined their youth.
After the disastrous launch of Cyberpunk 2077, some critics questioned whether the game’s namesake genre had lost its way entirely – but there might still be a way to save cyberpunk from its inertia.
The Trinidadian artist has long used his instrument as a tool to fight oppression. His new album is the latest instalment in a life defined by resistance.
Throughout the pandemic, the government has neglected students – particularly when it comes to housing. But a group of old school activists are stepping in and using radical politics to fight for a younger generation.