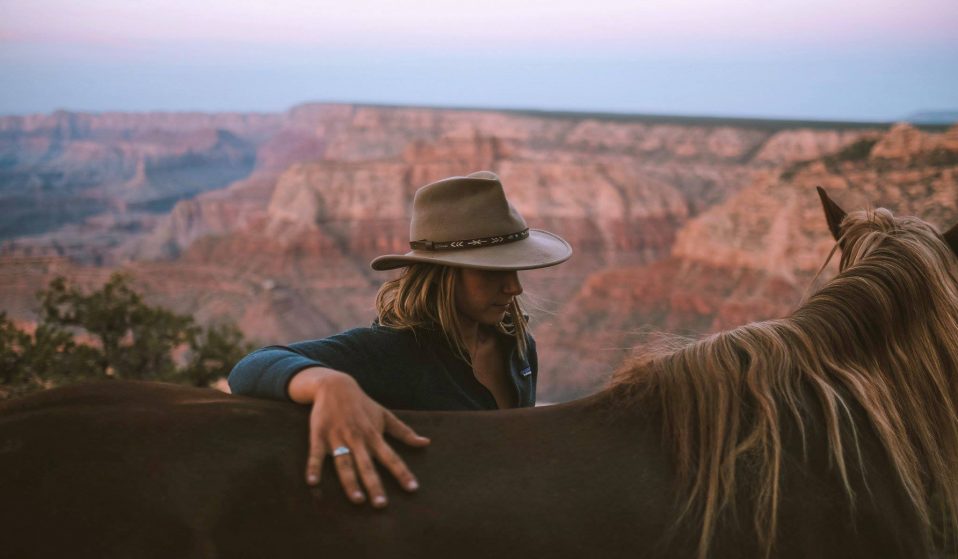 Aniela Gottwald is working her way through the American wilderness to campaign for better environmental protection. But having battled hardship along the way, the 26-year-old has discovered a sense of resilience she didn’t think possible.

Eco activist Aniela Gottwald is working her way through the American wilderness to campaign for better environmental protection. But having battled hardship along the way, the 26-year-old has discovered a sense of resilience she didn’t think possible.

Aniela Gottwald calls it “trail brain”. Speaking from her base in Ojai, California, the 26-year-old apologises for struggling to articulate her feelings, having only just returned from a three-month expedition along the Arizona trail.

It was a journey marked by setbacks: injuries, the end of a relationship and her family home burning down in a wildfire. She only had her two wild mustangs for company, leaving almost too much room to think. 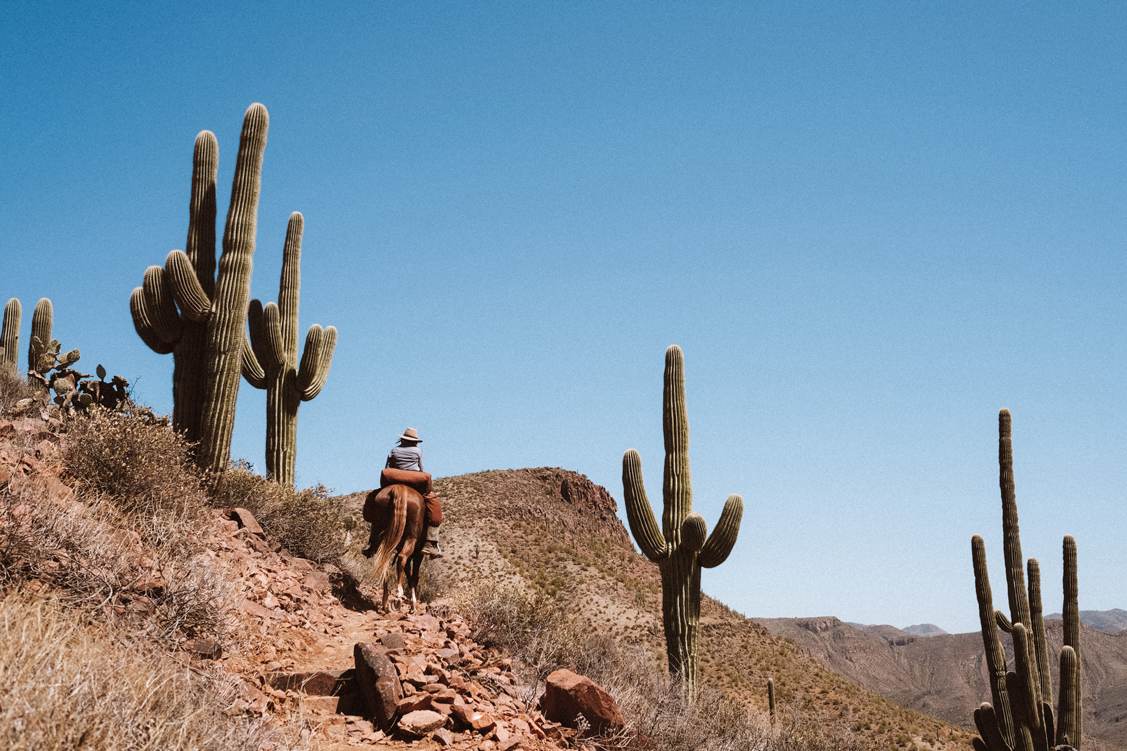 “I’ve spent so much time not talking,” she jokes, an excited giggle breaking an otherwise calming voice. “The longer you spend in nature, the more you pick up on little things that you wouldn’t notice otherwise, like bird calls and the sounds of trees. This whole other world opens up.”

The trail, stretching 800 miles between Mexico and Utah, marked the second test run for what will be Aniela’s crowning achievement: a gruelling 4,000-mile journey on horseback along the Pacific Coast Trail, taking her from the Mexican border to remote Canada.

Its end destination is British Columbia’s Sacred Headwaters, home of the native Tahltan people, which has been under threat from corporate plundering for decades. Aniela gained permission from tribal leaders to document its natural and spiritual significance (along with her journey to get there) for a documentary film she’s making called Riding Wild.

“The women there are just superheroes,” she says. “I was so transfixed by who they were and what they had sacrificed for protecting their home… It inspired me to move into action. It felt like, ‘Why not ride all the way up there and share all these stories of wanting to protect nature?’” 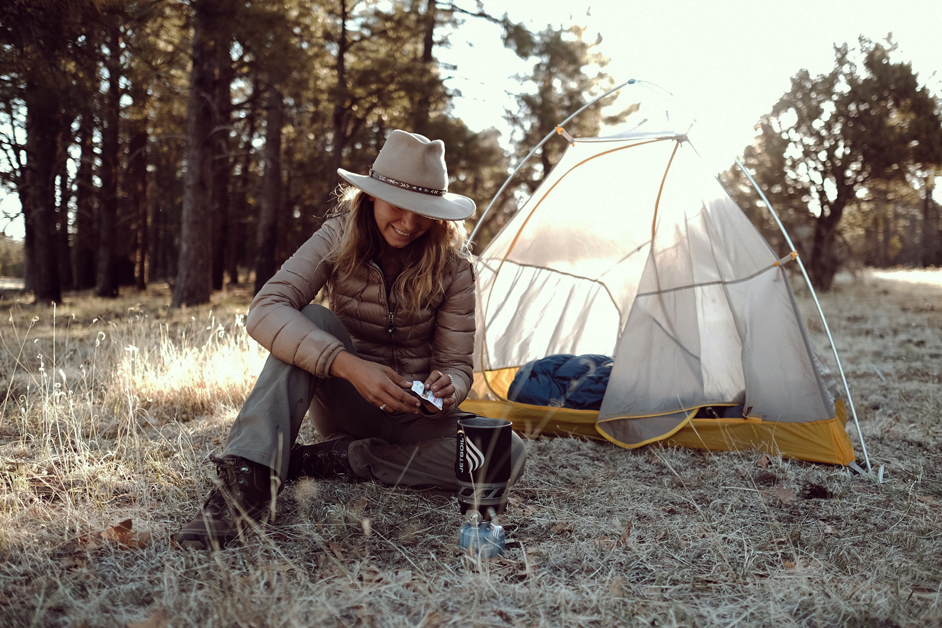 Aniela’s connection with the outdoors started early. Her parents, a Polish architect and a Canadian interior designer, benefitted so much from “free” upbringings that they made sure their daughter enjoyed the same.

When she was four, Aniela and her family moved from New York to Mount Washington, a remote town in Massachusetts with a population of just 167 people, where Aniela grew up on farmland with horses, chickens and goats. She remembers spending much of her childhood roaming the 25 acres of Appalachian wilderness in her backyard. 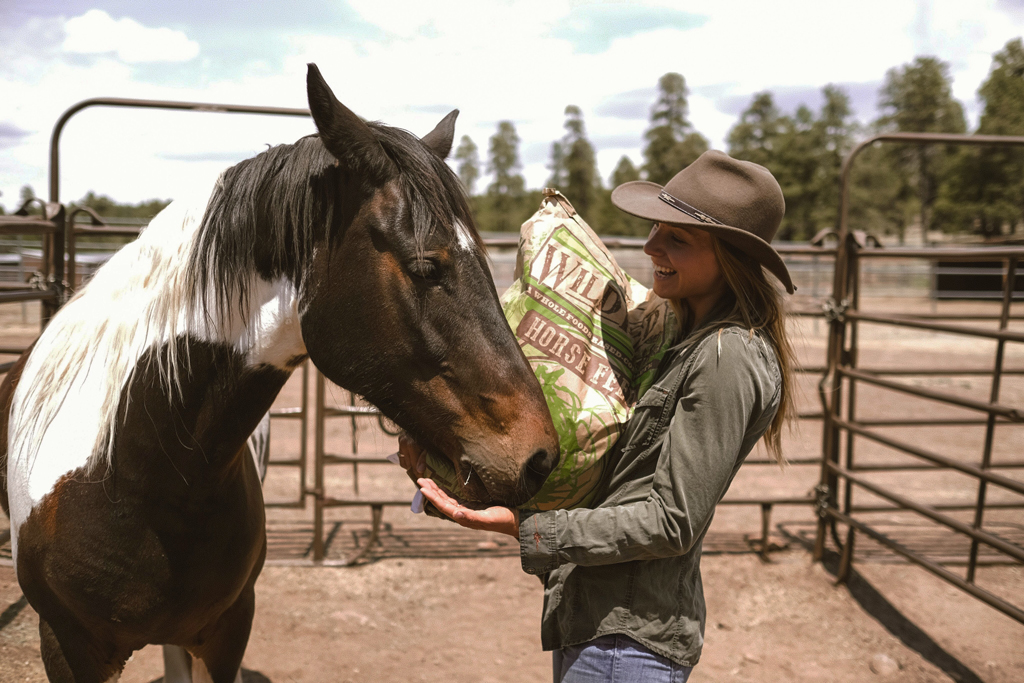 “My first education came from nature,” she recalls. “I would just explore for hours alone as a kid; spending time in that environment immediately made me feel like it was home. Not all people are fortunate enough to have that, but the ones that do have this connection that’ll always exist within them.”

After high school, Aniela studied drama and documentary filmmaking in New York and Prague, but found city life isolating. Deciding to return to the wilderness one way or another, she backpacked in Australia and planned to embark on expeditions with her father once back home.

But that idea was thrown off-course when Aniela’s father was diagnosed with cancer. She was 19 when he died. As a tribute to him, Aniela decided to enhance her knowledge of the natural world – embarking on an initial test journey along the Colorado trail last year while accompanied by her wolf-dog and two horses, discovering a resilience she didn’t know she had. 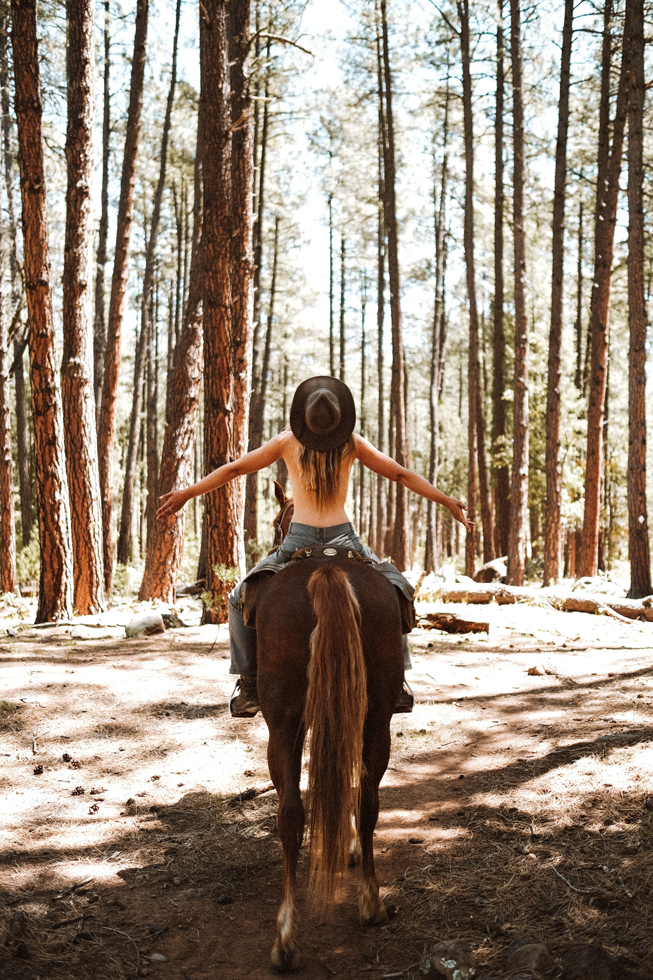 “There have been so many times that I’ve failed,” she says. “But it’s in those moments that you realise you’re actually becoming the person you imagined yourself being at the end of these journeys: someone who seizes challenges and continues to move forward. It’s hard, because I’m still digesting everything that’s happened, but it’s really about finding strength in yourself.”

Aniela continues to crowdsource funding for her big expedition while meeting with potential sponsors. But she recognises the fluidity of her plans, noting that weather may delay things and that not all of her animals may join her. 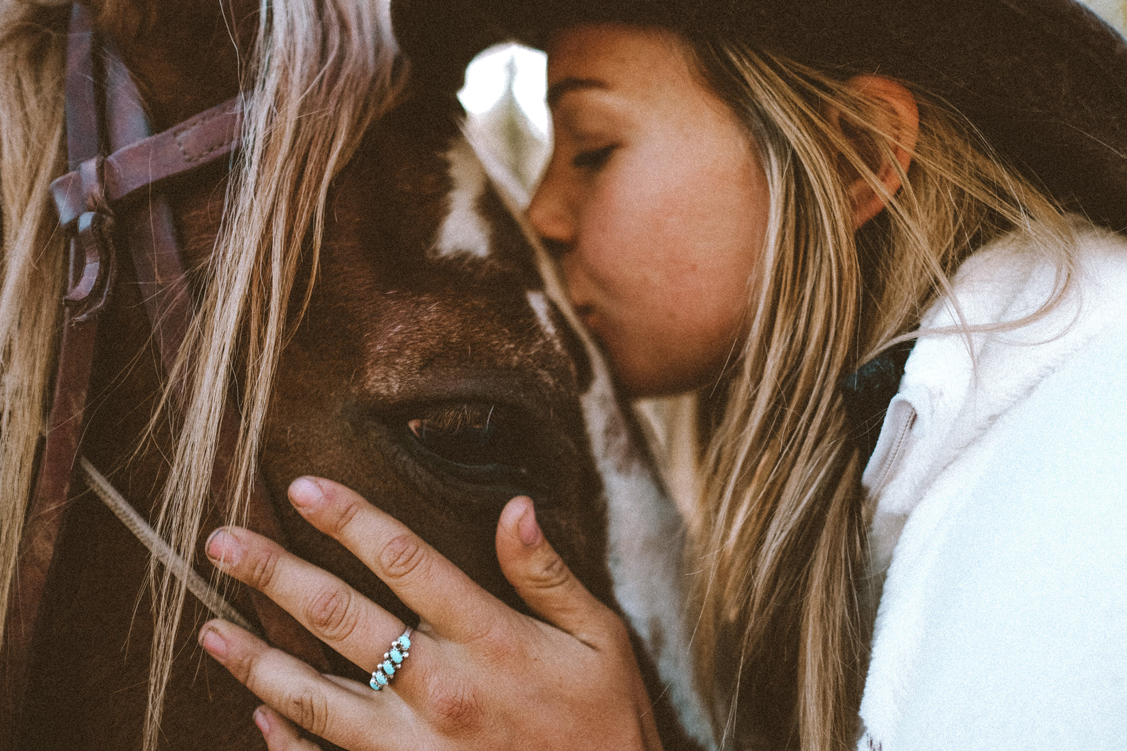 Nodin, her wolf-dog, now lives in a sanctuary as Aniela sensed that he longed to be among his kind; Nipomo, one of her horses, is recovering from an eye ulcer that left him partially blind. That leaves just Sunna, Aniela’s “really hardcore” mustang, with whom she formed a deep connection after rescuing her from a kill pen. “We both grew and healed together,” Aniela says softly.

For now, though, she’s eager to get started. While a deal has been struck to protect the Sacred Headwaters from industrial development for at least 20 years, the Trump administration continues to roll back regulations on pollution, animal protection and offshore drilling. 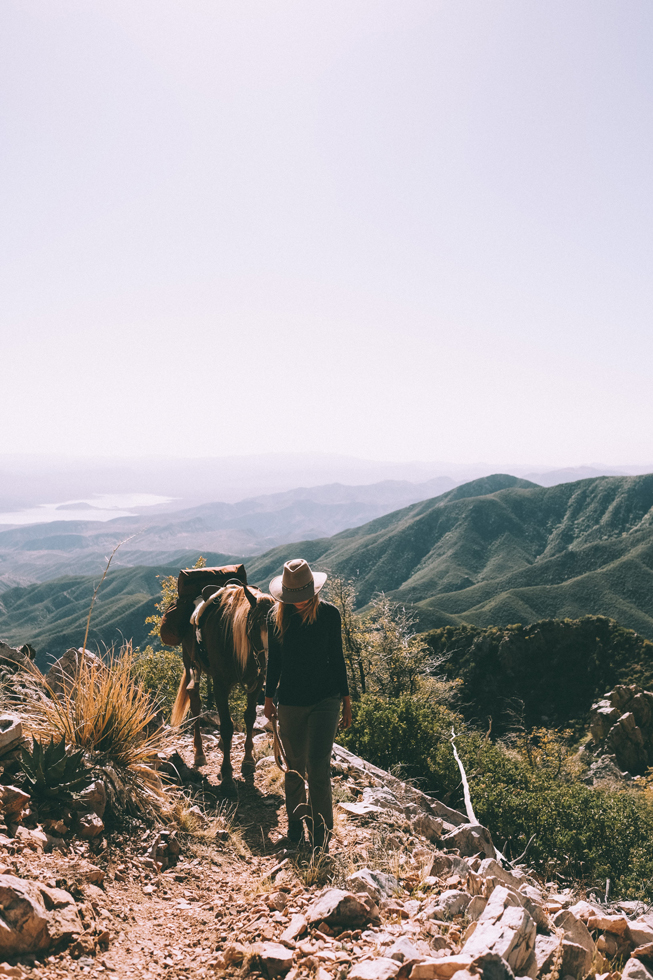 “My place in activism is really as a storyteller; it’s about exploring the magic that I find in nature and doing that in a way that is compelling for the younger generation,” she says.

“There are so many ways to take action, but it really starts from seeing how dependent we are on the health of this planet. If more people got that, I think we collectively would make a decision to stop what we’re all participating in.”

Linkedin
RELATED ARTICLES
OTHER ARTICLES
Proposals to introduce a minimum GCSE threshold for student loans will disproportionately affect those from marginalised backgrounds.
Freddie Miller’s new series of photographs investigates who today’s trainspotters are and what drives their unfettered enthusiasm.
Curator Antoine de Beaupré discusses his immense record collection and what it tells us about the intersection of music, photography, art, and commerce.
Photographer Arthur Grace recalls travelling through the Soviet Bloc and finding ways to evade the surveillance of his work.
Thomas Hoepker‘s images taken during a road trip across America provide a searing social commentary about a divided country.
In the wake of the decision by the supreme court to overturn Roe v Wade, thousands of protestors filled the streets to express their rage and anguish.