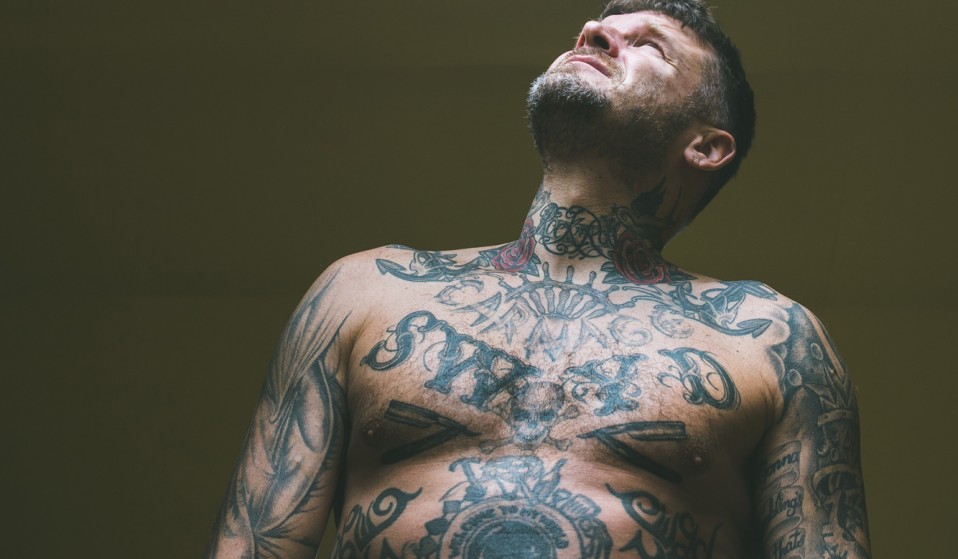 Dirty Sanchez made the Jackass crew seem like the Brady Bunch. But after so much partying, co-founder Matt Pritchard cleaned up his life with a new passion.

Dirty Sanchez made the Jackass crew seem like the Brady Bunch. But after so much partying, co-founder Matthew Pritchard cleaned up his life with a new passion. His story kicks off our new Huck x Hoka One One series, looking at mavericks who found a new perspective through running.

Matt Pritchard was used to seeing himself looking wrecked on TV. As a creator and co-star of Dirty Sanchez, MTV’s notorious noughties prank show, being filmed doing stupid stuff while drunk and high was essentially his job description.

Nostrils were super-glued together, tongues were stapled. One week he was whacked with a meat tenderiser until his skin bled, another he was slapped in the face with a cactus. He always felt fine about it. Found it funny, even. Until one day he didn’t.

“I saw some footage of myself on TV and thought, ‘Christ, what’s happened to me? I looked an absolute wreck and that’s not the person I used to be,’” he says. “I have wicked memories of those Dirty Sanchez days, but I wanted to change. So I thought, ‘I wonder if I can do the Cardiff Half Marathon?’” 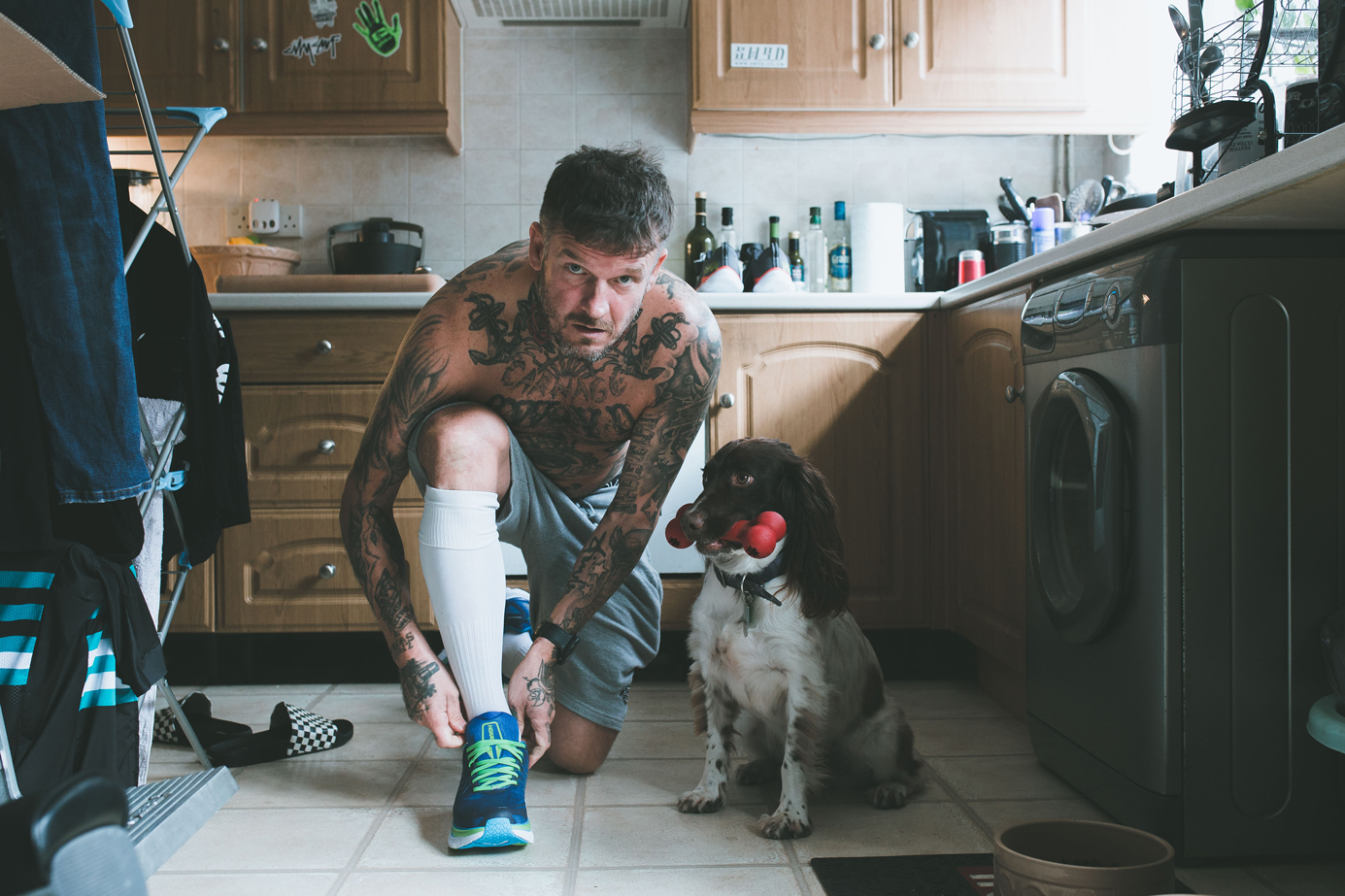 This was in 2007. It wouldn’t be the first time Pritchard had entered the event. He’d also done it at 15, when his Mum bribed him with the promise of a pair of Hi-Tec Silver Shadows if he completed the course, which he did. But it would be the first time in almost 20 years, with zero running and an insane amount of partying, or as he puts it “all out carnage” in between.

How did it go? “It was amazing. I got such a big buzz off it. So then I did a full marathon and then a half Ironman [a swimming, cycling and running race that ends with a half marathon], then a full Ironman …”

He’s since become a full-time endurance athlete, albeit one with an incongruous amount of tattoos, who doesn’t take himself too seriously. He once ran the London Marathon in a mankini.

Last year, Pritchard did a triple Ironman, that’s 54 hours of continuous and mega-intense exercise. This year, he did another double Ironman, though he’s had to temporarily shelve his other running plans for 2017 while he recovers from a foot injury, much to his annoyance.

“When you learn a new trick, it doesn’t take a day. It takes weeks or months. But if you focus and keep going, eventually it clicks. That’s similar to training month in, month out, for a race. You have to put the hard work in to get to that point.” 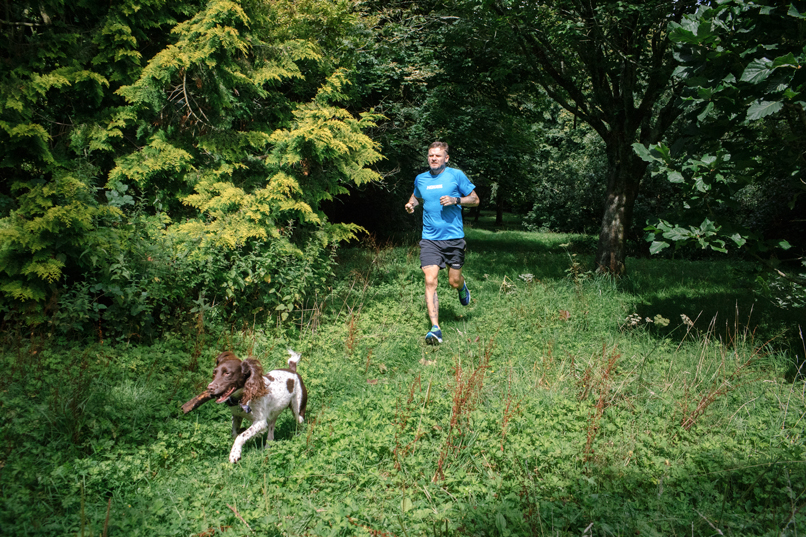 He also credits skateboarding with stoking his interest in endurance challenges. In 2006, he skateboarded the 192 miles from Cardiff to Newquay with his friend and Dirty Sanchez show-nemesis Dainton.

“Looking back, I think it did spark a lot of other future stuff in my head. Like running from John O’Groats to Land’s End.” Which he did in 2010 — in just 30 days.

Why does Pritchard think he got so extreme about running, rather than just say hitting the park a couple of times a week? “Whenever I get into something, I go all out. It was the same with partying and skateboarding. When I found this fitness buzz, I thought, ‘Where can I take this?’”

“The longer races are a massive fight [with myself], but when it gets to the pain part that’s when it gets interesting. Of course, you say to yourself, ‘What the fuck am I doing?’ But once you cross that line you’re like, ‘I’ve just been through hell, but I’ve done it and I’m fucking buzzing’.” 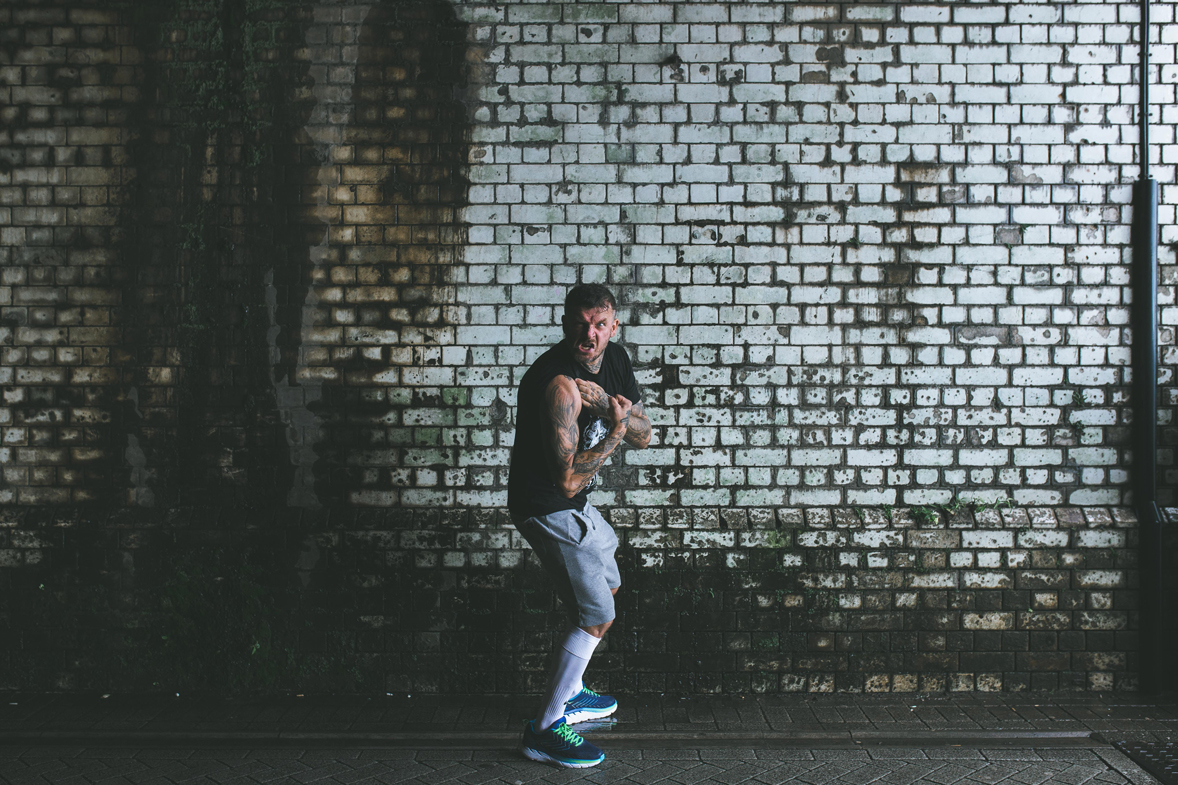 On a day-to-day basis, Pritchard admits he also uses running to keep his head together and regulate his mood. “I do get quite down and running gives me a high,” he says.

“I get such happiness from it. If I’m feeling depressed and go for run, I come back a different person. With this injury I hadn’t trained for four weeks. I’d been partying in Ibiza and I went to a pretty dark place. I’m dangerous in my own head. But then I went out on my bike and I feel like I’m back on track again.”

“I do a lot of training and partying used to be a reward for that, but now I’ve got to the stage where I don’t even want the partying stuff. I’ve got to the point in my life that I’m having words with myself and the next step is to become teetotal.” 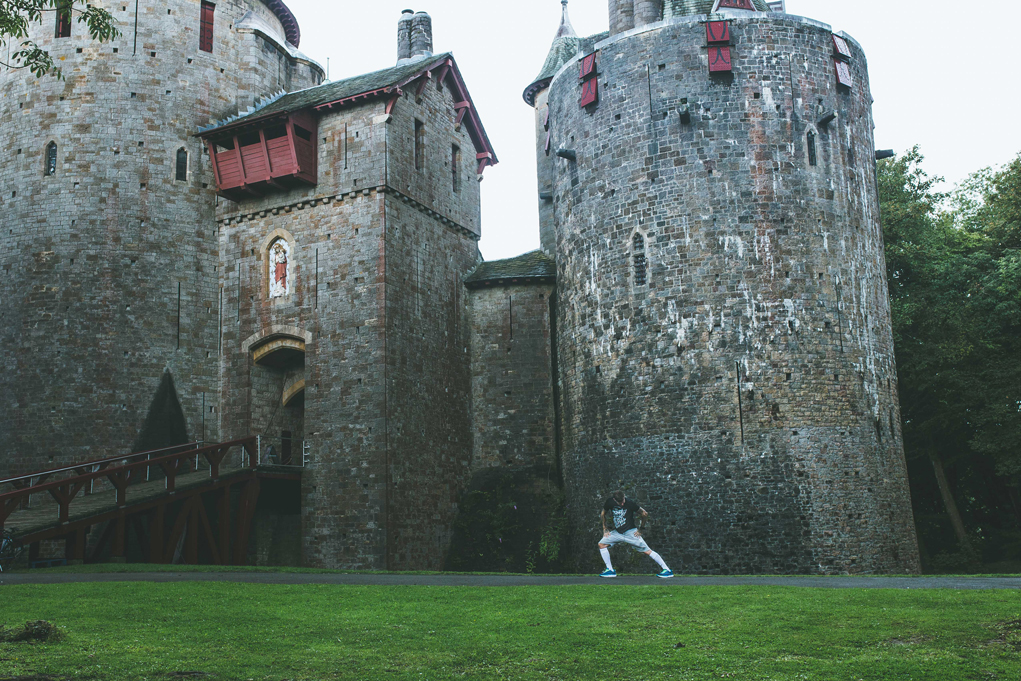 What do Pritchard’s old skate buddies make of this new sporty him? “My mates think it’s great. They can see I’m doing something positive. You can’t have a problem with that without being a dickhead. And in terms of giving up the booze, the ones who’ve seen me partying over the years probably think it’s a good idea,” he says, laughing.

But the most pleasing part for Pritchard has been the number of Dirty Sanchez fans who’ve gotten in touch with him through email or Facebook to say they’re inspired by what he’s doing.

“They message me saying, ‘I’ve followed you since I was a youngster and to see you doing Ironmans is mental. I’m going to start running too.’ It’s such a simple thing. Go buy yourself some trainers, open the front door and go for a run.”

Read more Huck x Hoka One One stories here. If you run, or are thinking about making running part of your life, you can learn more about the innovative Clifton 4 trainers Matt wears at hokaoneone.com

Linkedin
RELATED ARTICLES
OTHER ARTICLES
After news broke last week around an expected reversal of the 1973 landmark law that made abortion legal in the US, protestors gathered in the UK in support of American women.
The revered showbiz chronicler recalls his journalistic beginnings, documenting subcultural scraps in the ’80s.
In the last of our dispatches from OFFF Barcelona, Rufus Deuchler and Vincent Gault discuss the future of creative process.
New legislation is set to make it more difficult to hold Israel accountable for its human rights abuses.
From the Yakuza to a biker gang, Bruce Gilden recounts capturing Tokyo and Osaka in the ‘90s.
Members of the collective share some of their reasons to run as part of #UnitedBySummits, a campaign that looks to uncover transformative power of the outdoors.