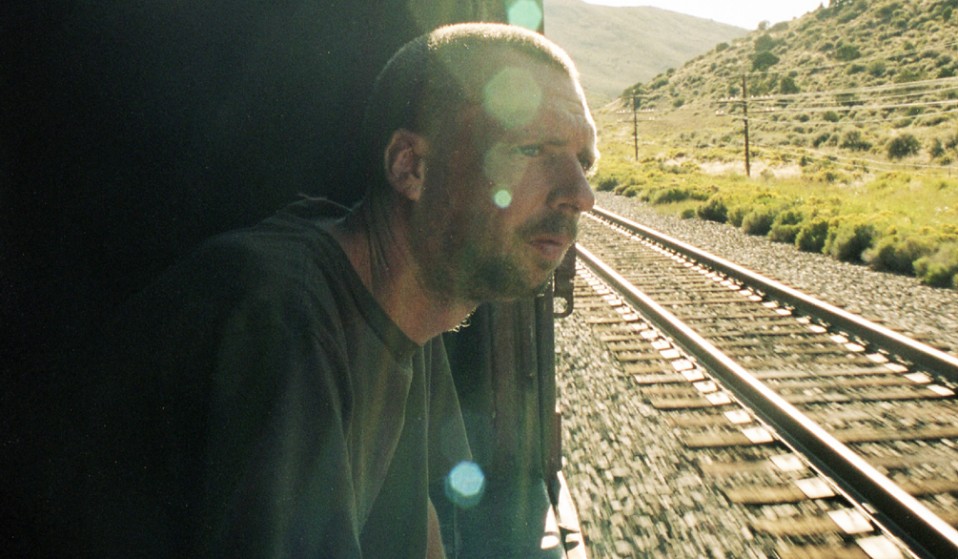 After leaving his small town as a teen, 'Huck' hit the road to hitchhike, hop trains and live by his own rules. Now he’s helping other vagabonds navigate a society they see no future in.

You don’t choose your name as a hobo. You earn it. Steven Boutwell gained his while working with another travelling kid on farms in Washington State. Something about his adventurous spirit and southern drawl inspired the boy to start calling him Huckleberry, after the Mark Twain character.

“He pegged me pretty easy with the name,” Huck says now. “I eventually said, ‘You have to drop the ‘berry’ part, so call me Huck or something.’ Then you go to another town and the name just comes with you.”

Huck is a hobo, one of America’s modern-day vagabonds who travel the States by hitchhiking and hopping trains with no set job or home. Like his namesake, Huck had a difficult time fitting into society as a teenager.

Growing up in a small Christian town in Alabama, with a population of just over 1,000, he felt like an outsider in his community. “Me and that town couldn’t get along.”

Huck also smoked weed as a teen, which led to a stint in jail that tarnished the reputation of his mother – a local public school teacher. Given the lack of educational or employment opportunities, the 19-year-old packed his bags and headed to California without looking back. 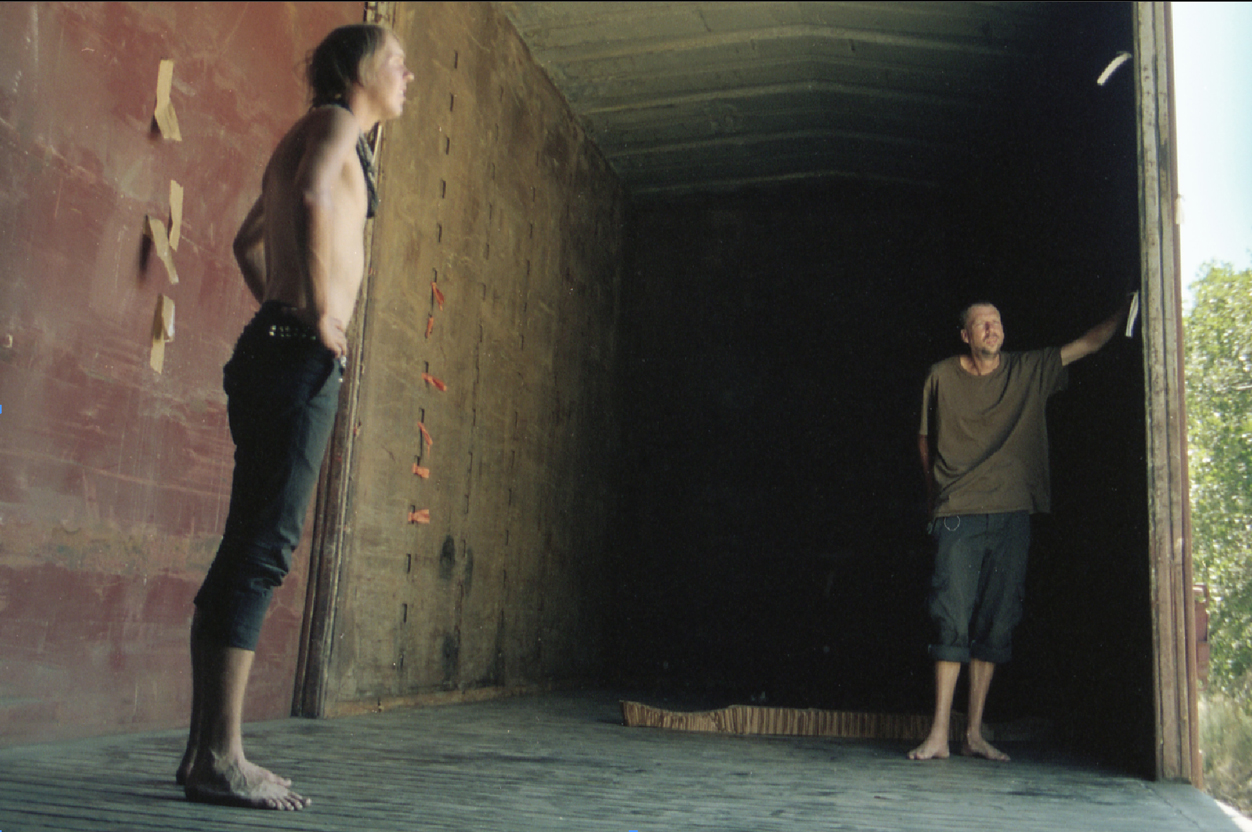 Since then, Huck has travelled tens of thousands of miles on freight trains and in the back of strangers’ cars. Hundreds of nights have been spent on the street. He’s begged for food. He’s been spat at and verbally abused by passersby.

There have been countless days of hard labour on farms. But he’s also seen a side of America that most never will, all while living what he sees as a fulfilling life on the fringes of society.

Almost unwittingly, Huck became part of a subculture that began in the late 1800s, back when ex-servicemen searched for work following the Civil War. The word hobo is said to have come from ‘hoe boy’, referring to the tool these seasonal workers would carry. 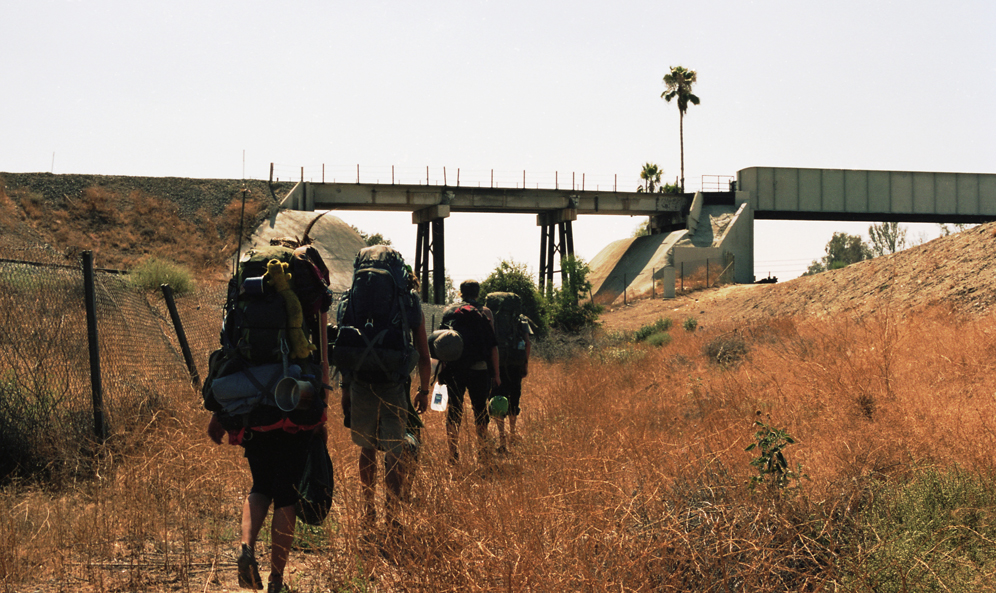 But after travelling over 2,000 miles, Huck arrived in California with no connections and no idea of what he was going to do – just driven by the idea that he needed to escape something.

“It was a real struggle for the first few months,” he says. “I was living on the streets and in city parks, having to dodge or deal with crazy bums, thieving drug addicts, harassment from the cops. But eventually I started meeting other travellers that had much more experience than me. They taught me how to find jobs, hitchhike, hop trains.

“As someone that always liked working but also wanted to travel, it just happened naturally that I became a hobo… Some people ain’t meant to stay in one damn place, one damn job, one damn small circle of friends, one damn repetitive daily cycle. We want change. We want to experience.”

His first migratory job led him to the fish canneries in Alaska, followed by a spell in Washington for the apple season. Once he’d raise enough money, Huck would hop a train or hitchhike down south and hibernate for the winter. Then, come late spring, it’d be time to get back up to Alaska and start over.

Though cultural figures like Jack Kerouac have romanticised the idea of a freewheeling figure living an alternative American Dream, Huck admits there’s a much darker side. “If we’re not the black sheep of the family, the family itself is the black sheep,” he says.

“A lot of the kids out here come from broken homes – parents who were alcoholic, parents who were abusive – or were abandoned. We’re kids who just fell through the cracks of society and wanted to find a way to exist outside the norms that pushed us out.” 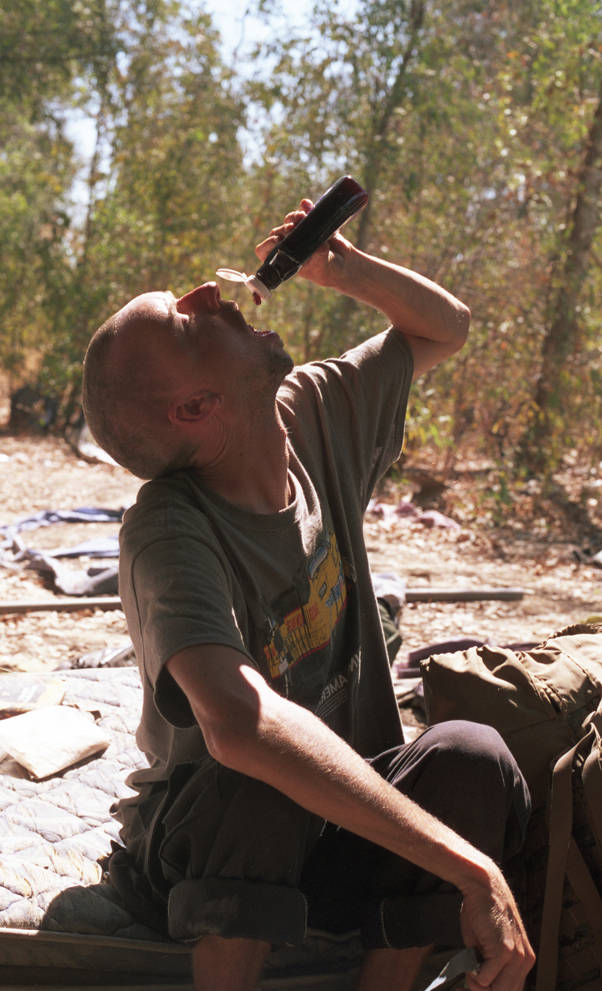 As many as 1.7 million young people experience homelessness for at least one night a year in America. Huck was still a kid when he became part of that statistic but he’s noticed that hobos are only getting younger.

“I made the decision to pack my bag and leave Alabama but, at the same time, when one is left with no choices, is that really a choice?” he says. “There’s so many young people dropping out of society and just hitting the road. They have no faith in what the future of this country holds for them.”

To help others pursuing the hobo life, Huck created the r/vagabond  community on Reddit, the internet forum, where over 100,000 members can share stories, tips and pictures of their adventures.

Huck is now in his second decade of navigating those experiences. For a while, he’d drive from town to town with other travellers doing homeless outreach as Volunteers on Wheels.

These days he’s working on a remote marijuana farm in California, living in a little cabin with just his dog, a small air mattress, a chair and a little writing table. “That’s the substance of my life,” he says. “I’m still hoboing, just trying to do it in a better way.”

This article appears in Huck 65 – The Coming of Age Issue. Subscribe to make sure you never miss another issue.

Linkedin
RELATED ARTICLES
OTHER ARTICLES
The overlooked story of Leicester’s inaugural Pride march is a reminder of the power of collective resistance in the face of far-right bigotry.
Photographer Arthur Grace recalls travelling through the Soviet Bloc and finding ways to evade the surveillance of his work.
Whether it's partygate, the climate crisis or the spiralling cost of living, the fightback begins on the picket lines writes Tommy Vickerstaff
Thomas Hoepker‘s images taken during a road trip across America provide a searing social commentary about a divided country.
In the wake of the decision by the supreme court to overturn Roe v Wade, thousands of protestors filled the streets to express their rage and anguish.
Yesterday queer activist group Lesbians and Gays support the Migrants staged a die-in at the Pride in London parade to protest the inclusion of police in the march reports Huck politics editor Ben Smoke.