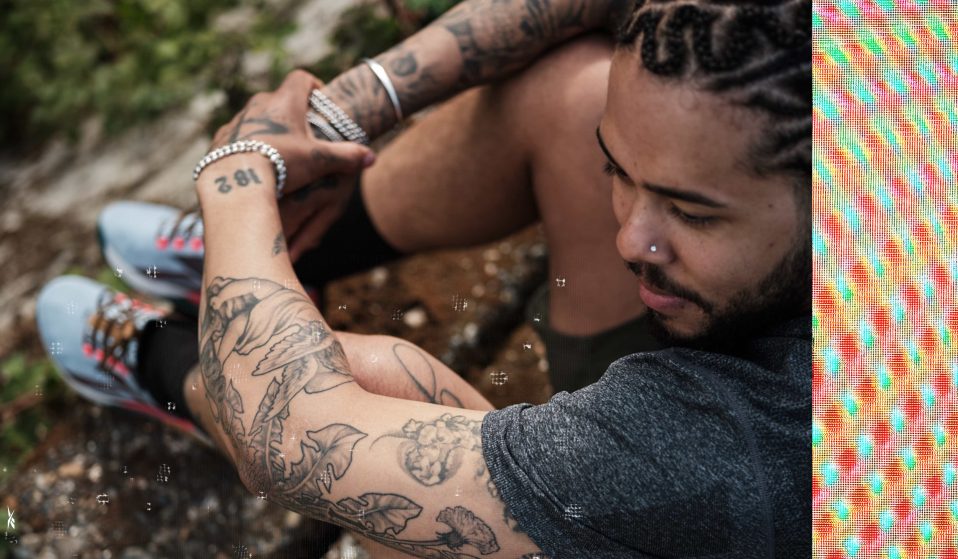 We explore how getting outdoors allowed runner, cyclist and fashion buyer Lewis Bloyce to escape the pressures of the past year.

In the second Nano Adventures profile, we explore how getting outdoors allowed runner, cyclist and fashion buyer Lewis Bloyce to escape the pressures of the past year – a move that helped him re-enter the world and find a new way of existing in London.

Lewis Bloyce’s brain is always racing. Thoughts can feel like they’re coming at him at a mile a minute. To counter that, the 26-year-old former national basketball player has always kept himself as busy as possible. Before the pandemic, he thrived in London working a fast-paced job as a fashion buyer, loved meeting up with friends, and enjoyed regularly training with his road cycle team.

But the first lockdown hit him like a hammer. Deprived of human contact and scheduled sport – and with no fun work trips on the horizon – he felt flat and untethered. While he did keep up with the exercise thanks to a stationary bike indoors, the monotony of his daily routine (wake up, work, stay fit, repeat) began to eat away at him.

“I like being with people, I like moving, I love dancing – if you saw me at a festival, you’d understand what I mean,” he says. “But the virus created a big hole, it felt dark and alien. I realised this was going to be my life for the next year, but I’m not that person. Normally, I’m here, there, everywhere.”

Stuck inside, Lewis’ mind had nowhere to escape. It didn’t help that a lot of his friends had left London to ride out the pandemic in their hometowns, as he’d decided to stay put and not return to his family in the Midlands. He constantly wondered if it was the right call, which wasn’t ideal for his mental health either. 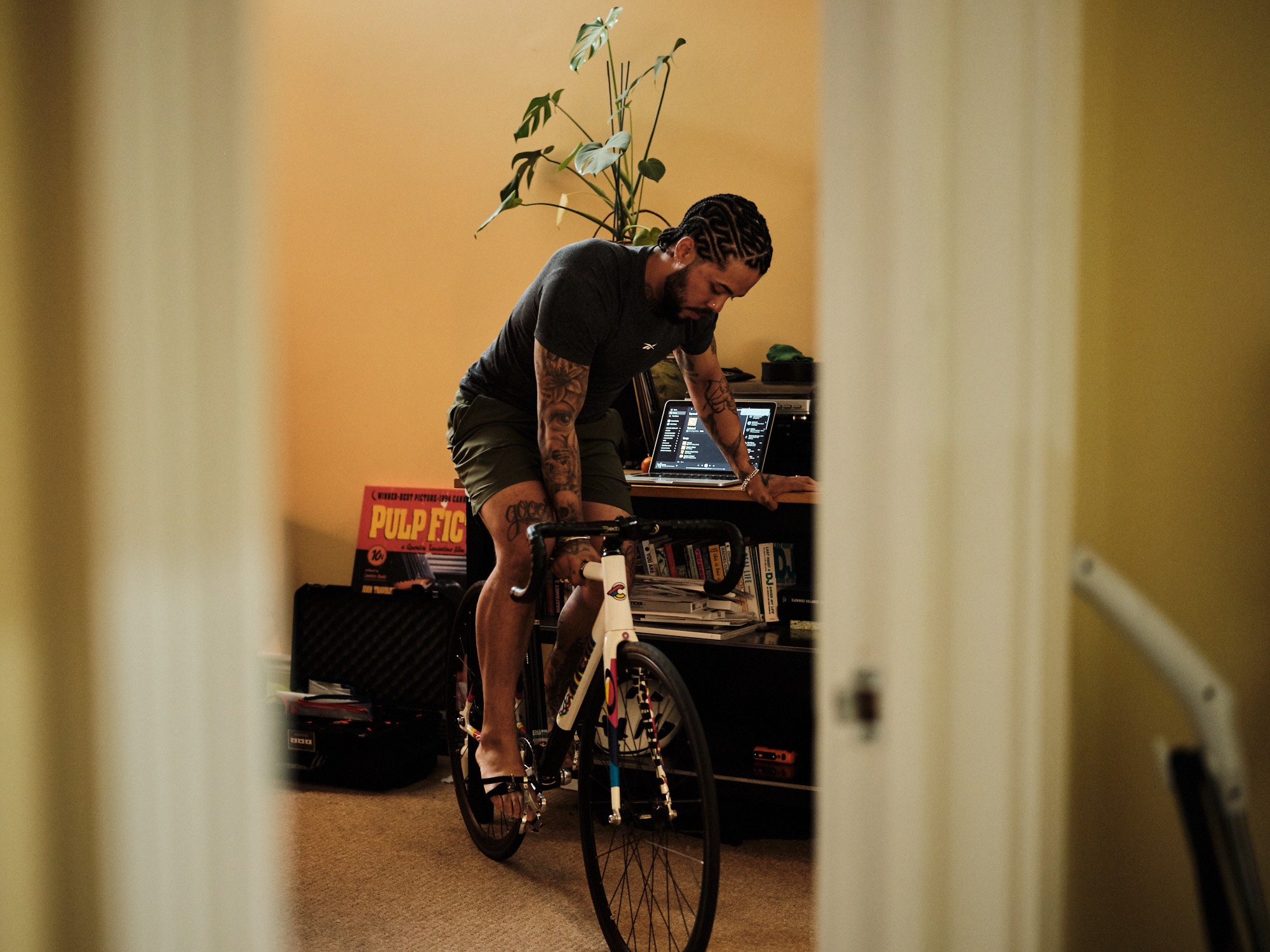 “There was a period of time when I was low, and it felt real,” he says. “I thought, ‘Okay, take a step back. Something’s not happening here. You’ve got to figure it out.’”

Lewis had been craving time outside, so he started to go out on his own every day. Sometimes he’d walk through the local woods with a playlist, other days he’d run in parks or head out on his bike. He didn’t plan his excursions at all: it was a case of heading out on impulse in a random direction, curious as to where he’d end up. He never chose the same route twice. 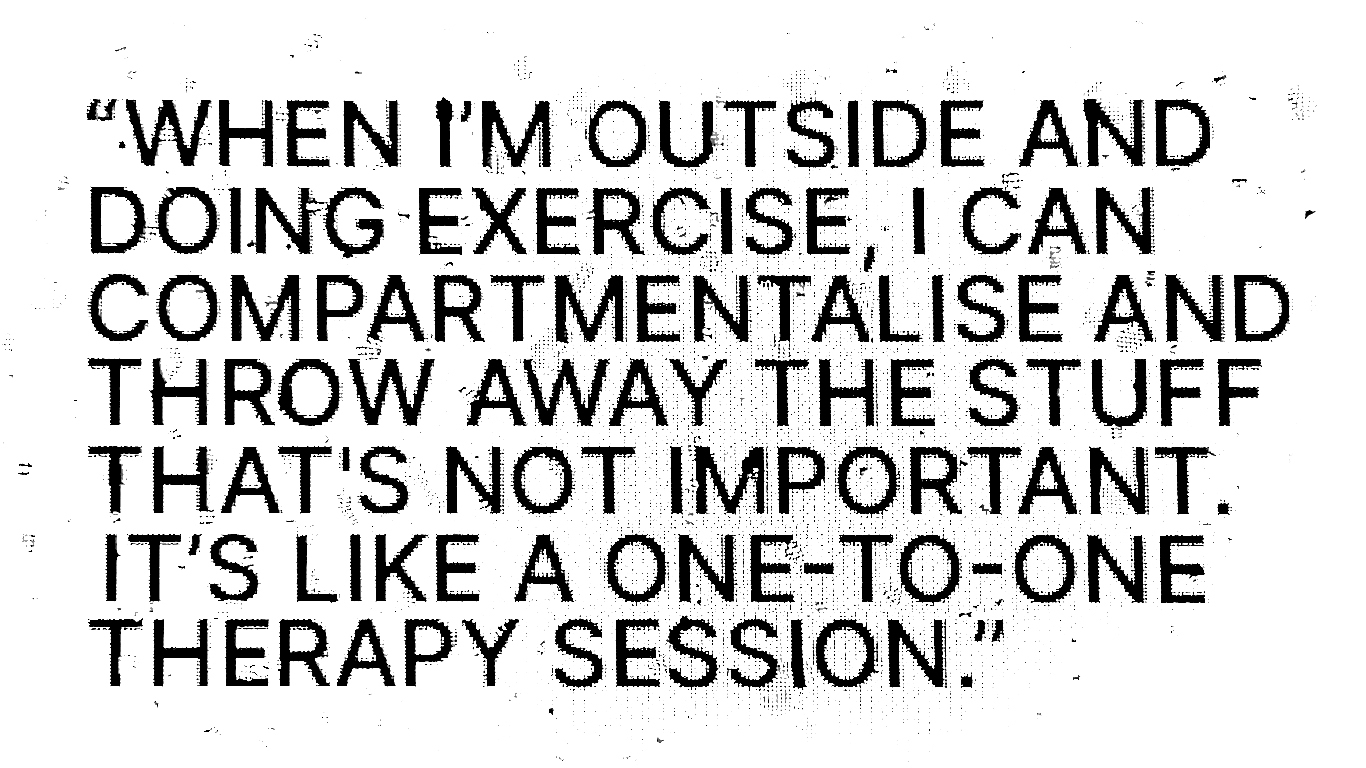 These doorstep adventures were like a jolt to the system for Lewis. He soon found he was starting to feel better. “The outdoors played a key role in me re-entering the world,” he remembers.

“That’s when things started to change. It wasn’t a eureka moment, but there was emotion there, somewhere between being relieved and excited. When I’m outside and doing exercise, I can compartmentalise and throw away the stuff that’s not important. It’s like a one-to-one therapy session.” 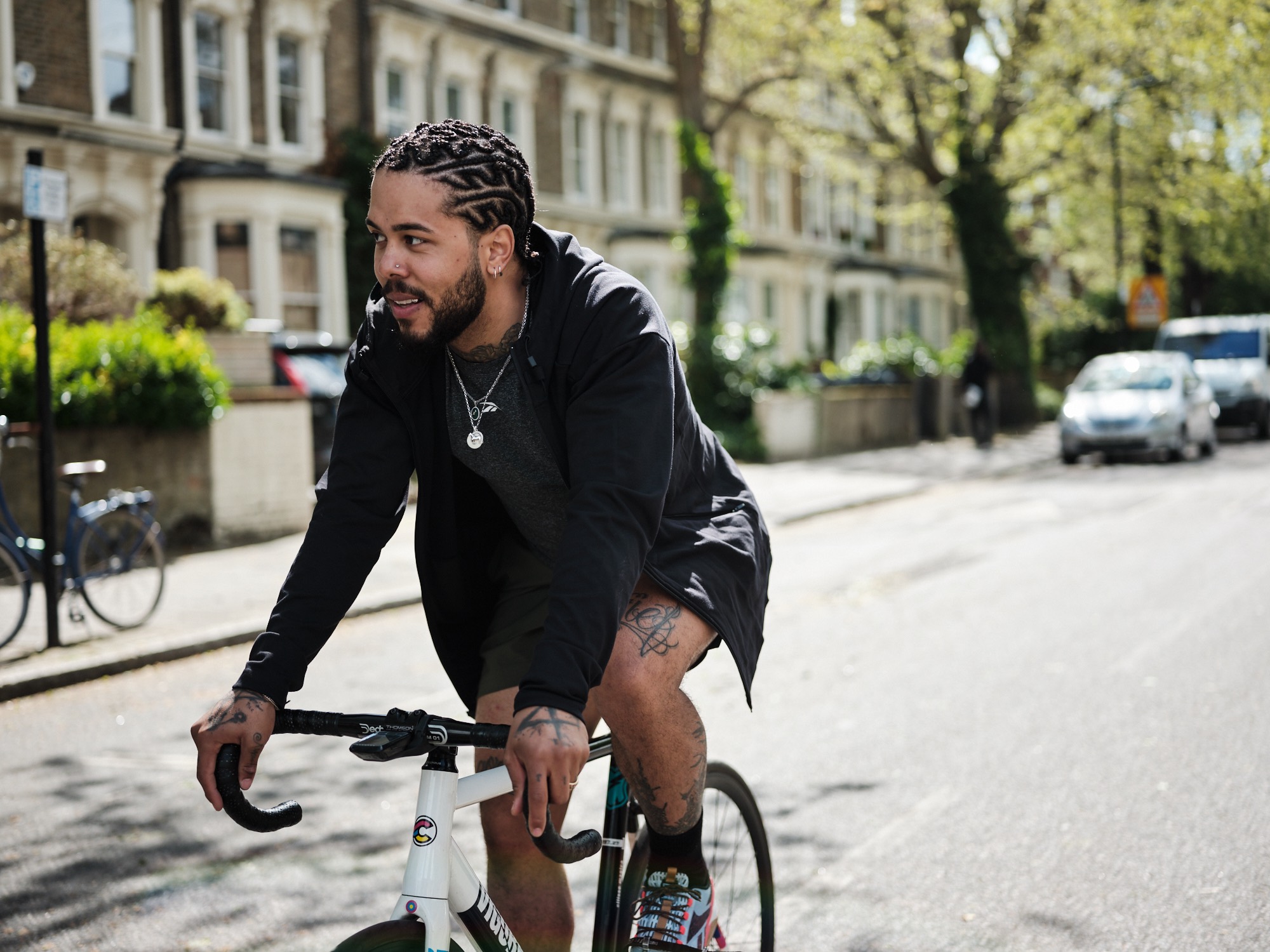 He felt like he was experiencing London with a totally new mindset. “There is something beautiful about not knowing what comes next – being able to step out and see where I land, turning the next corner and finding little places I didn’t even know existed. I found a new way of being outdoors.”

For instance, Lewis had always thought he knew Hackney Marshes well. But the little adventures he embarked on during the pandemic made him realise that he’d barely scratched the surface when it came to that pocket of the city. “I started to find these modern relics,” he says. “Little pockets of space and evidence of life where people had been making a fire, having drinks, doing God knows what. People go there to switch off.” 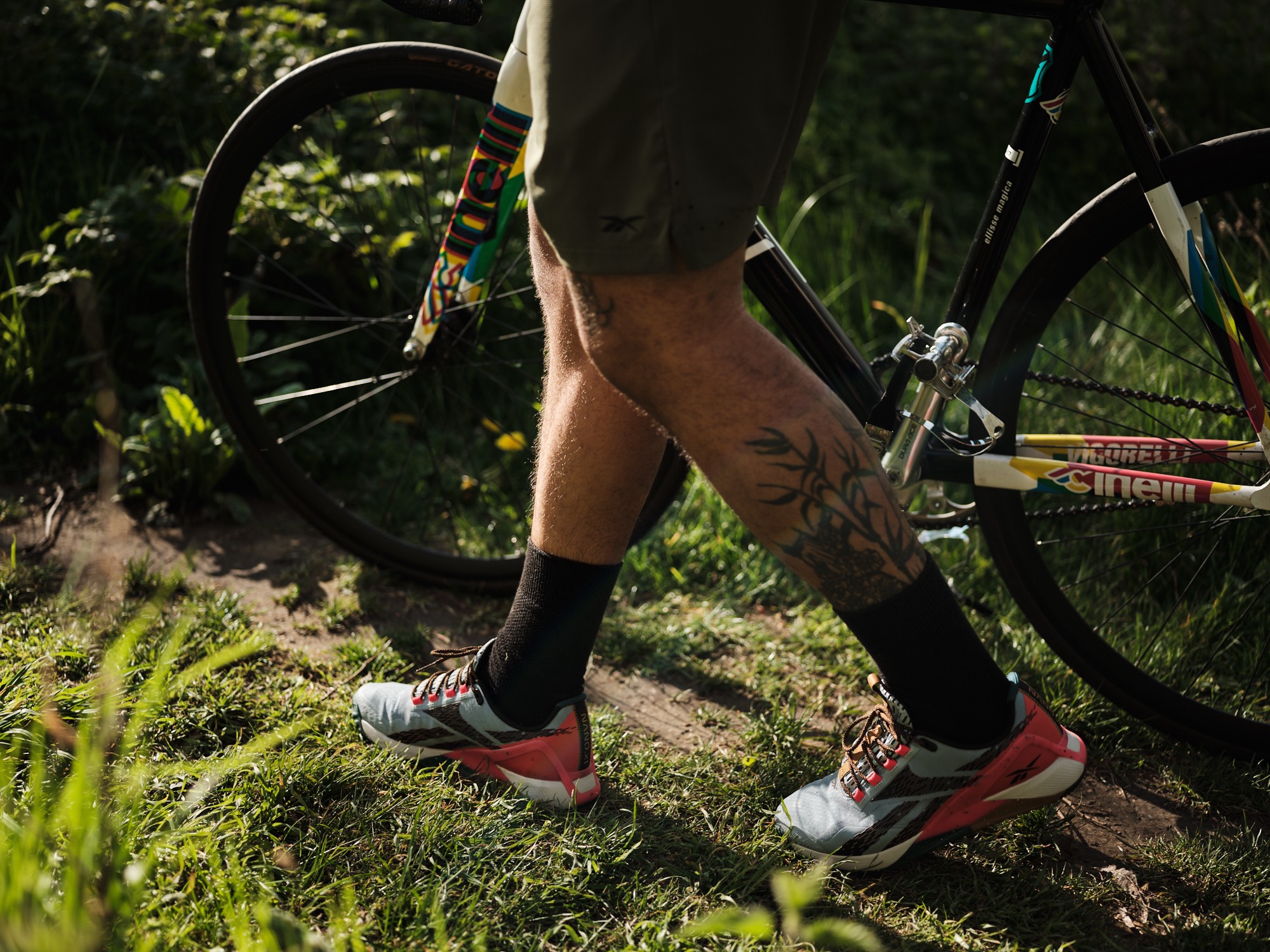 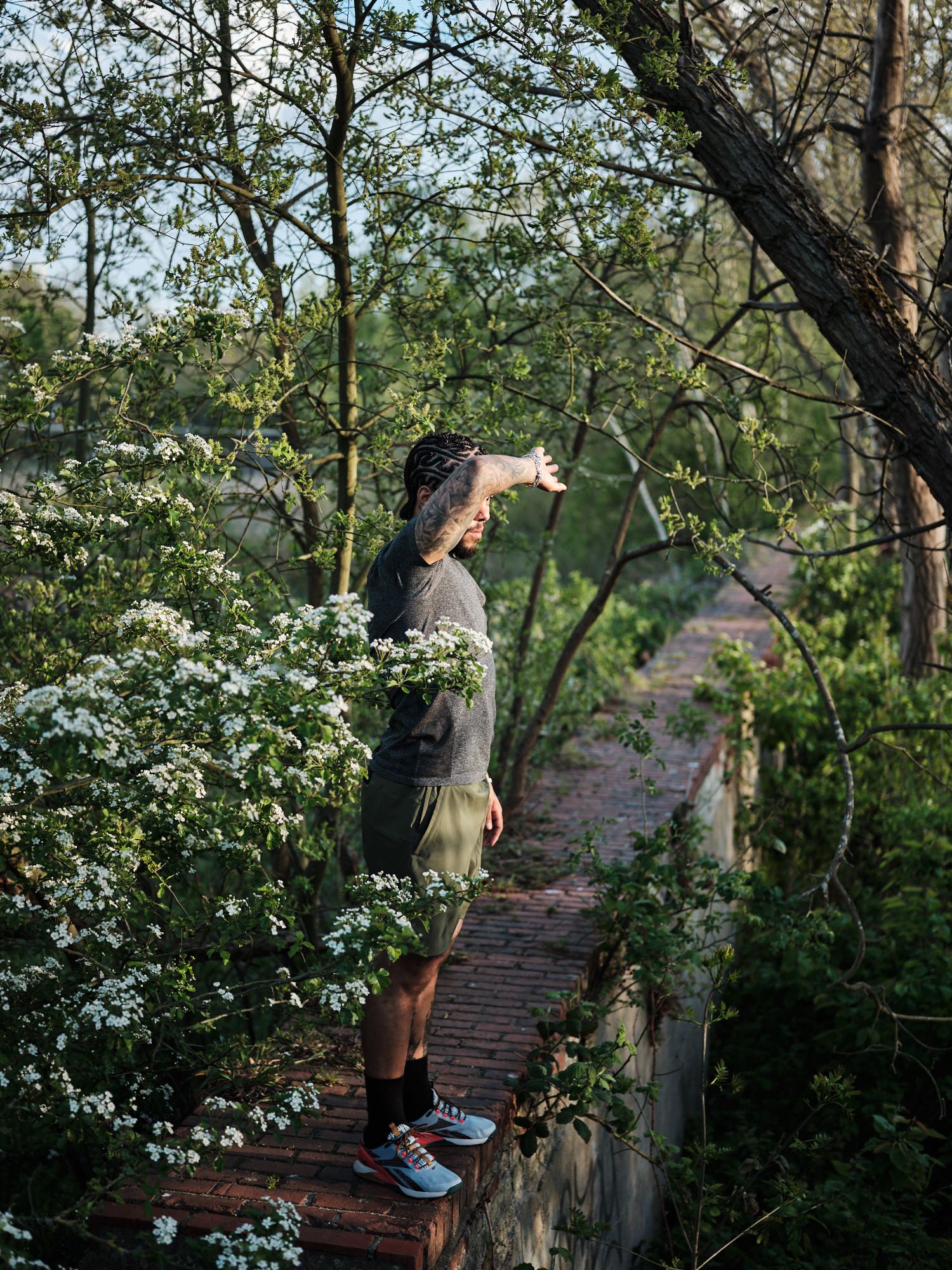 By reconnecting with the local environment – honing in on it – Lewis experienced a sensory overload. He relished it, too: the sun shining on the misty marshes, dogs barking, scooters firing, stinging nettles, thistles, oak and bark. He noticed blue jays and parakeets for the first time, paused to watch crows feeding, and saw a plant he was sure was rhubarb next to the river – though he didn’t pick it, just in case. There were times where he completely forgot where he was in the world.

He became obsessed with one particular tree near Abney Park, which looked hundreds of years old. It was surrounded by concrete and modernity, but he liked to imagine its role in the past as a “Great Tree” that people would come to rest under. “There are so many trees like that in Hackney, where it feels as if there was a lot of life before these buildings. I’m glad they’re still here,” he says. 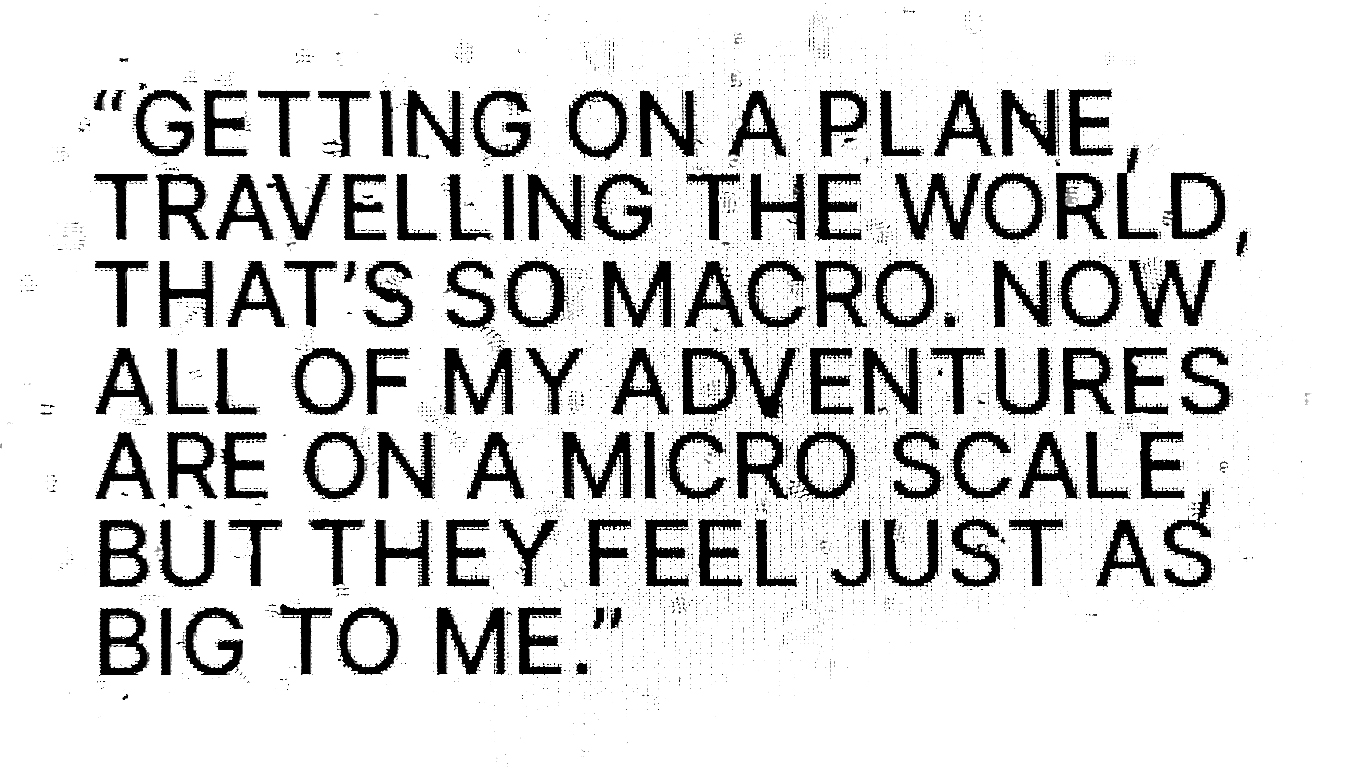 For Lewis, the adventures worth having used to involve long journeys to unknown, faraway places. But the past year has taught him to refocus. “Getting on a plane, travelling the world, that’s so macro. Now all of my adventures are on a micro scale, but they feel just as big to me. Your surroundings are beautiful, even in the grimiest of places you can still make a mood – it just depends on how you look at it,” he says.

“On the busiest of days, it’s quite easy to stay at home or forget to have a lunch break, but when you step out and you’re on that journey – maybe a song carries you somewhere – being outside makes you feel euphoric. There is that feeling. ‘I made the right choice today.’” 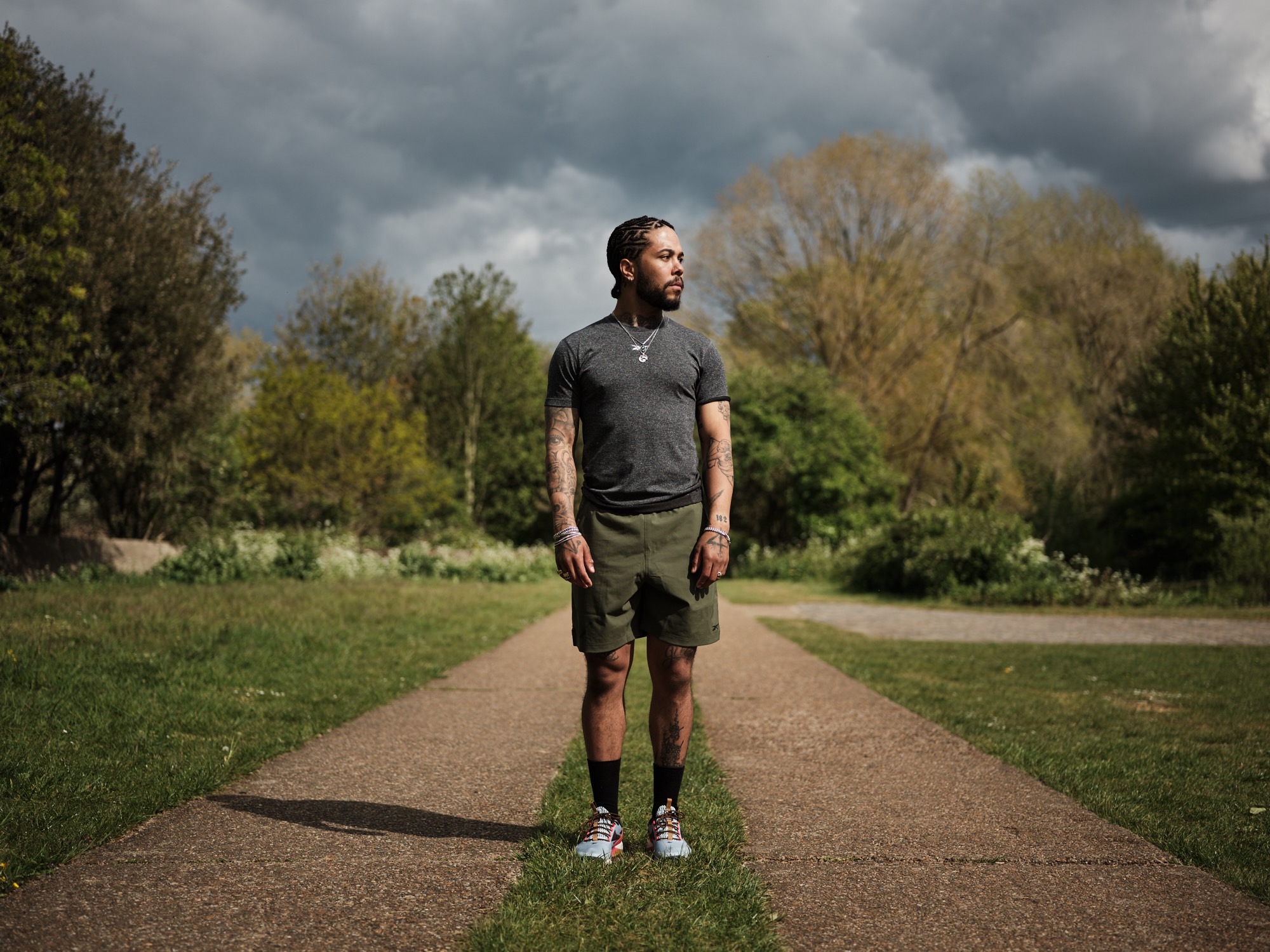 If you are thinking about spending more time outdoors, you can learn more about the innovative Nano X1 Adventure Lewis wears here.

Linkedin
RELATED ARTICLES
OTHER ARTICLES
A new podcast is opening up the conversation between trans women and trans amorous men in the hope of building coalitions.
Since 2007, Gideon Mendel has made 20 trips to document floods in 13 countries. The result is an alarming record of what has already been lost to the climate emergency.
A new film from Berghaus traces the story of Adam Raja, who left behind a turbulent upbringing to discover the healing power of climbing.
A recent High Court ruling against the right to wild camp in Dartmoor National Park sparked the largest land protest in history – and campaigners say their fight is not over yet.
Filmmaker Laura Poitras discusses her new documentary which traces the remarkable life of the artist-activist and the impact of her battle against the US opioid crisis.
David 'Dee' Delgado’s photo project is about honouring and uplifting the city of his youth, and a world rapidly disappearing under the relentless onslaught of gentrification.