Outdoor / Adventure / What happens when urban runners take on the wilderness 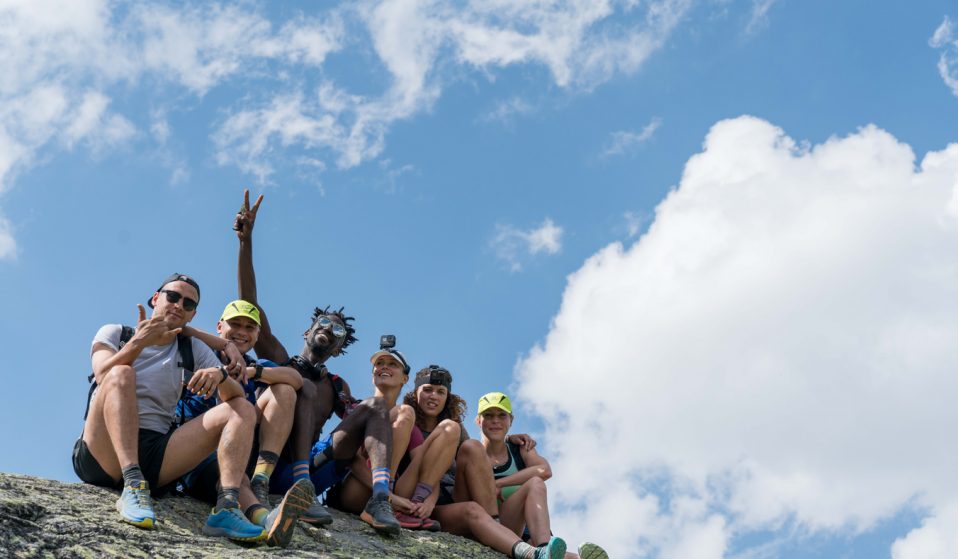 Our friends at Stance took three of Europe’s most infamous running crews, disconnected them from their cities and then dropped them in a spot surrounded by snow-capped mountains. Their experience roughing it up would change them forever.

A thousand metres up in the Swiss Alps, a group of runners are preparing for a level of intensity far beyond what they’re used to. Dressed in caps and shorts, they tighten their trail-running kits and pump their muscles in preparation, dirt and gravel kicking up from beneath their feet.

Together they represent a colourful mishmash of some of the best-known urban crews in Europe: Rotterdam’s Patta Running Team, a laid-back clique of artists who compete in marathons all over the world; Run Dem Crew, effortlessly stylish creatives who get together to explore the streets of London; and members of Danish running collective NBRO, decked out in shades of black and blue – a uniform offset by some hard-to-miss socks.

This is how Hood to Trail gets going. It’s a new film from Stance that captures the bonding power of running, whether that means a comfortable jog en masse through rush-hour traffic or an uphill onslaught with snow-covered mountains looming on the horizon.

These people do not consider themselves to be expert athletes. They’re not interested in split times or personal bests. They don’t spend all their time talking about running. Instead they just want to form a community in motion, brought together by the euphoria that comes from pushing yourself that little bit harder.

That said, the prospect of trail running through 44km of twisting alpine pastures, where the air thins quickly as temperatures rise above 30 degrees, represents a stark contrast to what they’re used to: cutting through narrow streets in packs, the routes walled off, the cement landscape cooly familiar.

“I’m afraid of heights, so right now this is what embracing fear looks like,” says filmmaker Hesdy Lonwijk of Patta Running Team, letting out a nervous laugh as he tries to catch his breath, glancing down a jagged incline. “It’s the most wonderful feeling ever.” 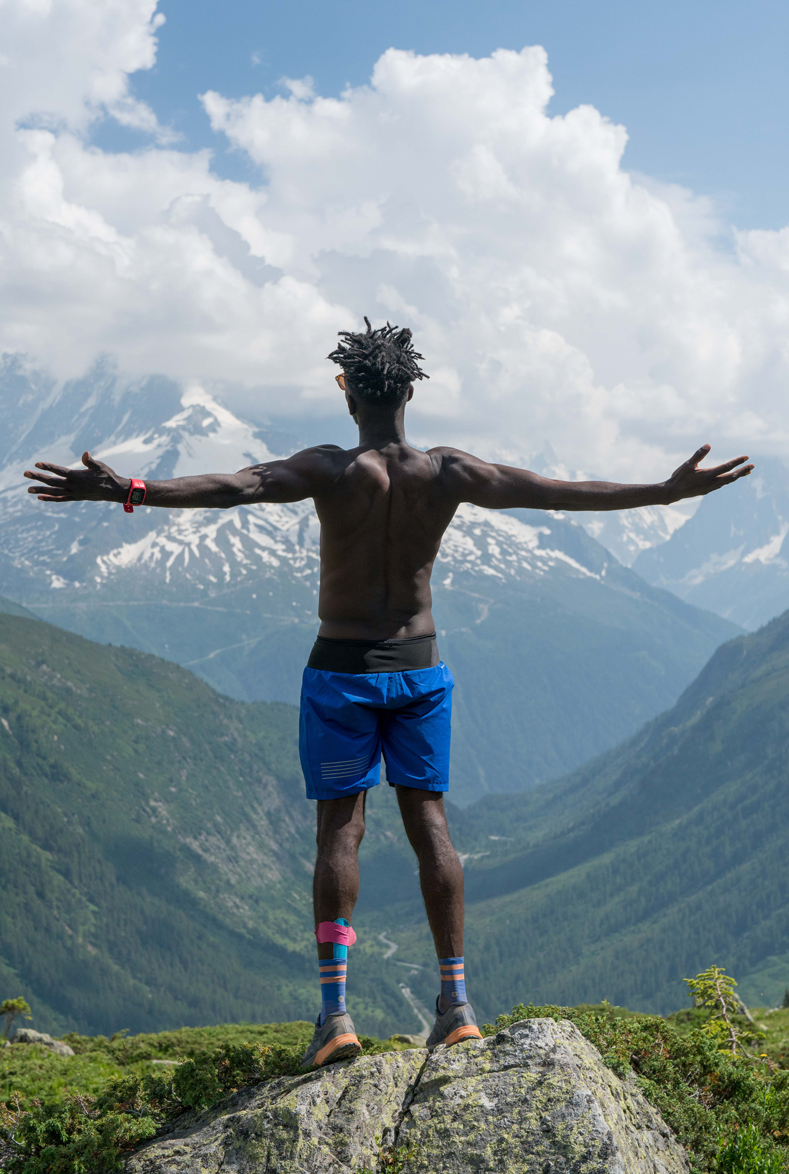 After ascending nearly a kilometre to reach the halfway point at Refuge de Loriaz, we see the runners break overnight – taking in the scenery with a round of beers while reflecting on some hard-won lessons. By now it’s become clear that this pursuit is all about balance and control: learning to position your feet, to adjust your velocity, to make sure you don’t find yourself gasping for breath at the wrong moment.

A day later, as the runners make their final descent, their momentum overpowering any fatigue, there is a clear resolve to keep going – to not limit themselves to just one type of running.

“I just had the courage to totally get lost, explore it and go crazy – and that was much better because I got more distance out of it,” says Run Dem’s Fred Butler, a designer based in London. “I can just put on my shoes and go. This is totally liberating.” 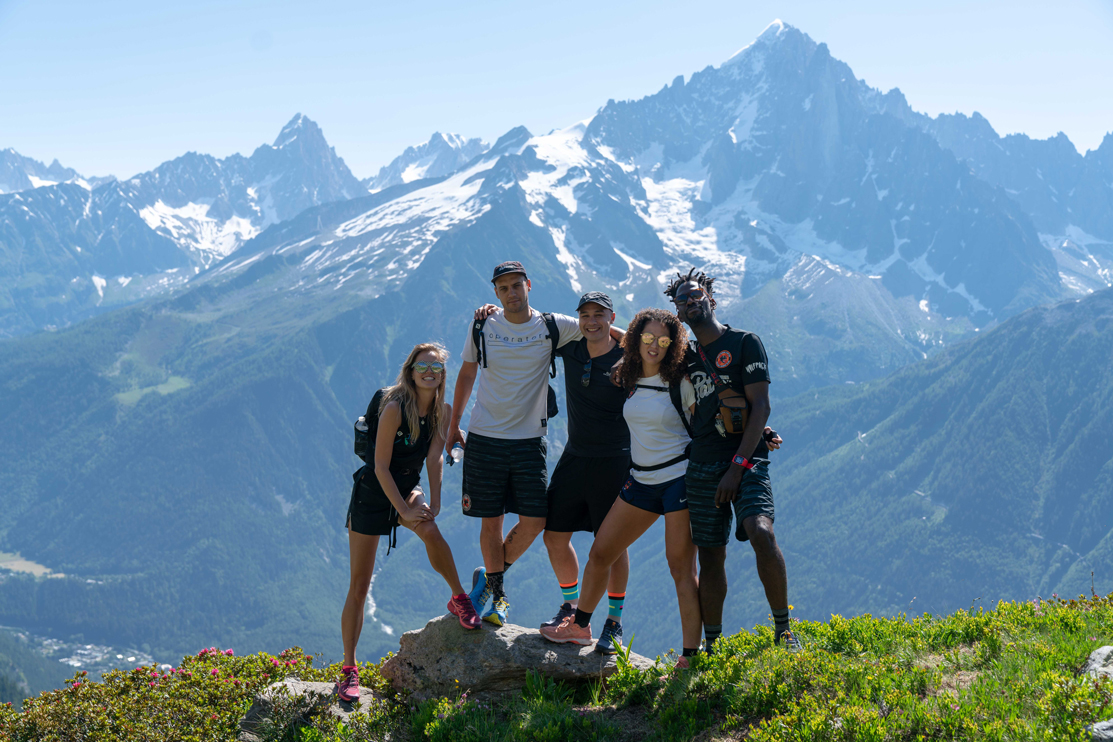 Find out more about Hood to Trail through Stance.

Linkedin
RELATED ARTICLES
OTHER ARTICLES
Ahead of the release of their first collaborative album, the producer and rapper talk psychedelics and the state of UK hip hop.
A group of young Palestinians have found temporary freedom in the act of parkour, reimagining wreckage and ruins as a series of high-octane playgrounds.
Following the announcement of an 80% hike in the energy price cap from 1st October, crowds gathered outside the offices of energy regulator Ofgem to protest and declare their intention to undertake a payment strike.
Rhiannon Adam spent three months capturing an ageing society wracked by division, isolation, and the aftermath of scandal.
Sean Maung’s photos are a love letter to the Black and brown communities that make up New York.
For over a decade, gamblers have won big by employing people to place live bets from the court. But does this dubious method still work?