Issue Archive / Meet Queen B, the face of car culture for a new generation 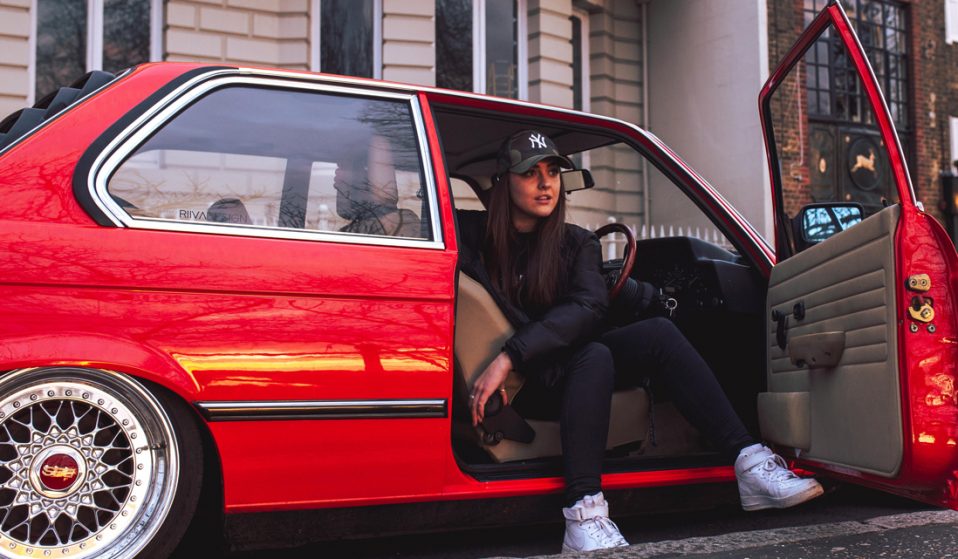 Becky Evans is carving out a space for female petrolheads ready to stamp their style on a scene that once seemed off-limits.

Becky Evans is carving out a space for female petrolheads ready to stamp their style on a scene that once seemed off-limits.

You hear Queen B before you see her. The throaty sound of a high-performance exhaust echoes around the industrial buildings in a little corner of South West London, gradually growing louder until, finally, a bright-red vintage BMW pulls into the yard. Riding on beasty chrome rims, it hangs so low that the engine almost scrapes the floor.

Wearing white high-tops and a camo Yankies baseball cap, out steps Becky Evans, aka Queen B. 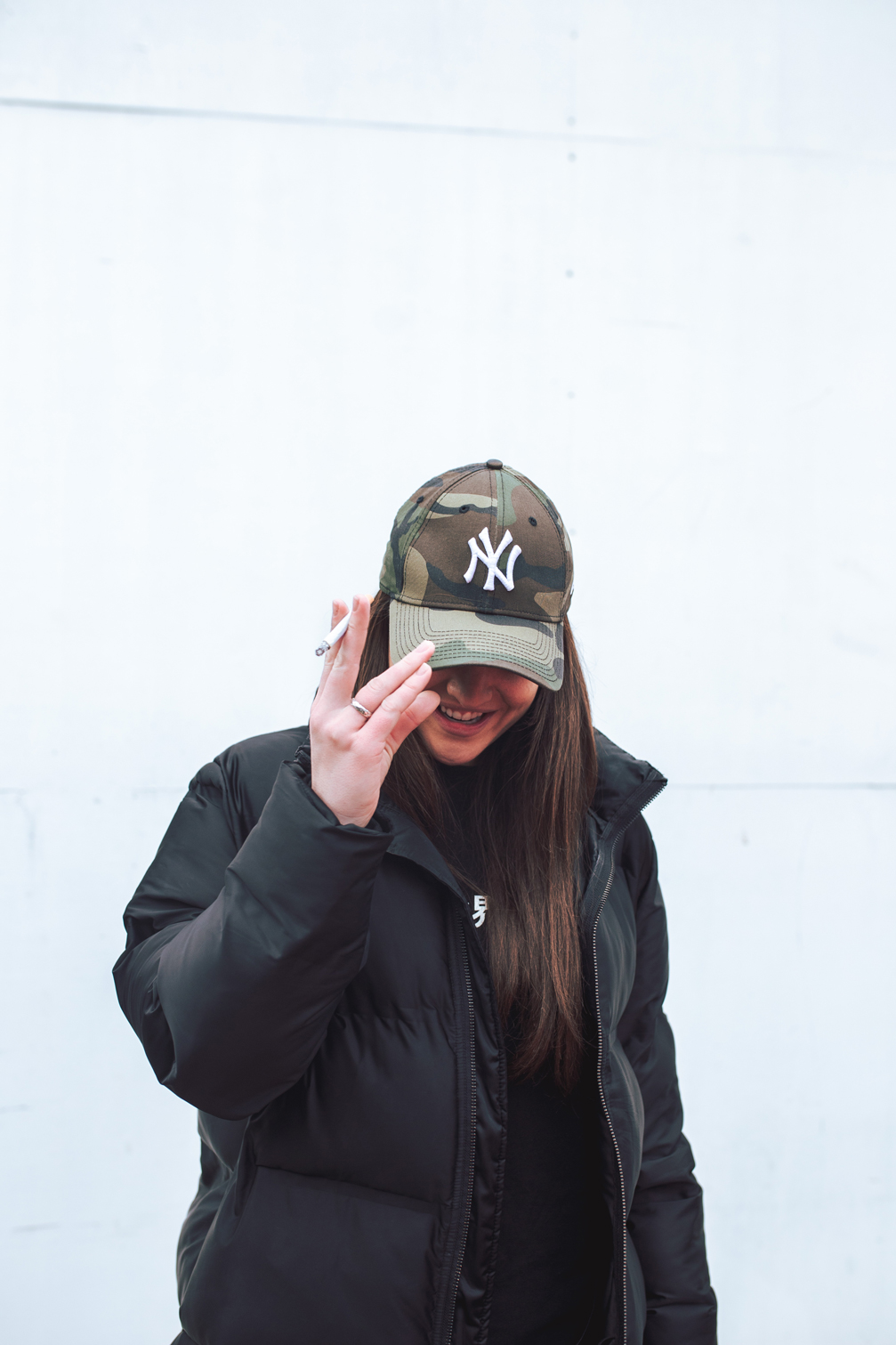 At a time when male-dominated motorsport is struggling to stay relevant, the 26-year-old is inspiring a new generation of women to take an interest in car culture.

She first discovered it for herself through ’90s hip hop videos and today uses her YouTube channel as a way to bring cars, street style and creativity together. As Becky throws the BMW into reverse and backs out for a cruise through some leafy London suburbs, the hydraulic suspension makes a sci-fi, Back to the Future hiss. 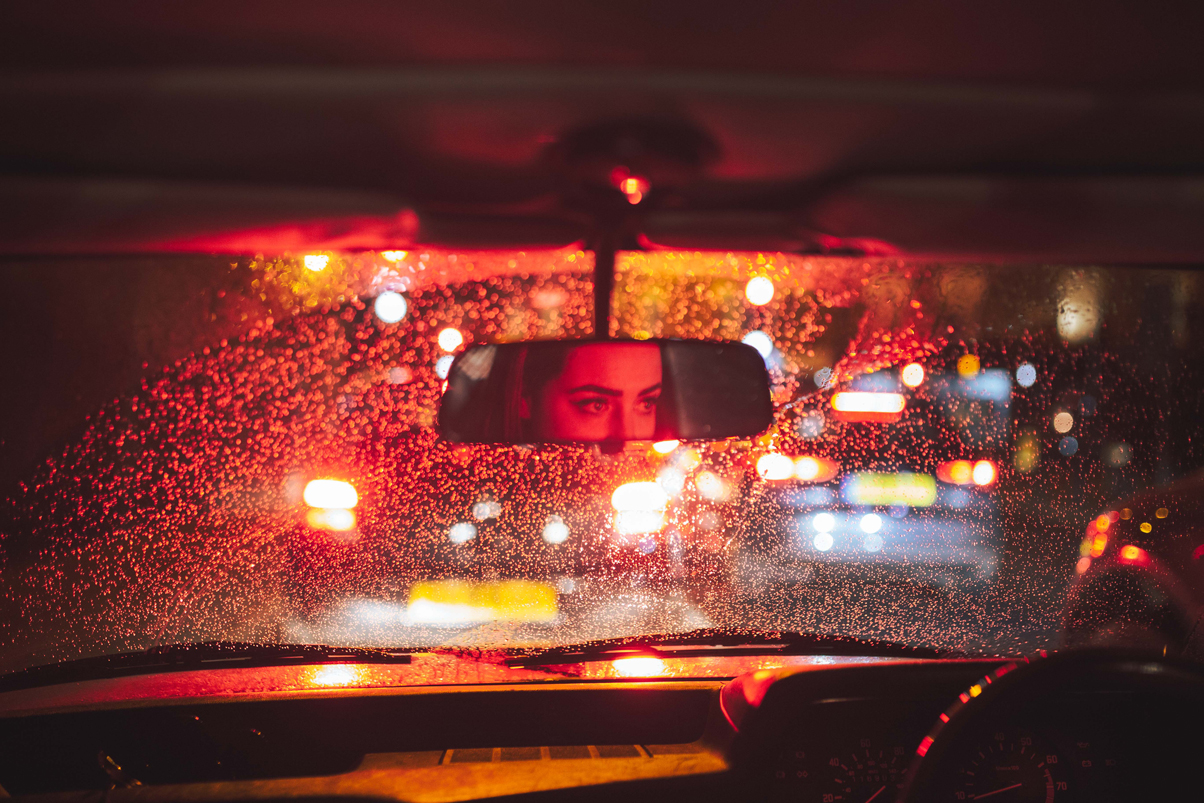 “[As a woman], you have to work hard to be [seen as] credible and taken seriously,” says Becky, just a few days after Formula One announced it would stop using ‘grid girls’: sponsorship-emblazoned models relegated to the background. “There is more openness everywhere and that’s finally being reflected in motoring. There are less eyelids batted now.”

Becky is warm and enthusiastic but totally on top of any given situation, whether manoeuvring behind the wheel or dealing with guys trying to flaunt their car expertise.

Online, she chronicles the life and times of her custom ‘bimmer’ – a 1983 E21 BMW – which she bought and began restoring five years ago. Through YouTube and Instagram, she brings a fresh voice to car culture, appreciating wheels with steez, rather than nerding out over brake horsepower. 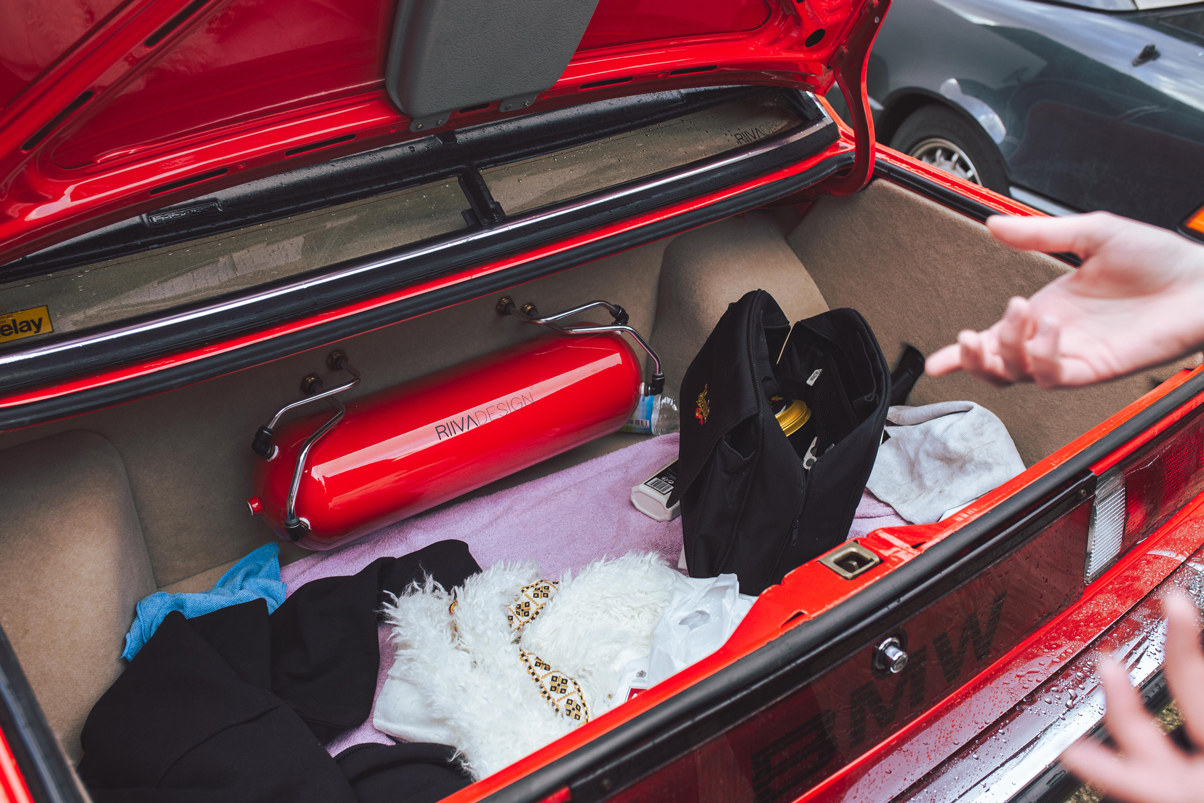 Between covering race meets and her ‘Girl’s Guide’ series to high-performance cars, Becky manages to go in-depth while keeping things light-hearted, never taking herself or cars too seriously. In one instalment, she tries out a McLaren supercar while picking up a milkshake at a McDonald’s drive-thru.

“It’s not about saying, ‘I am woman, hear me roar,’” Becky says. “I’m trying to open up the culture so everyone feels like they can get involved. The creative aspects just aren’t accurately represented and I want to change that.” 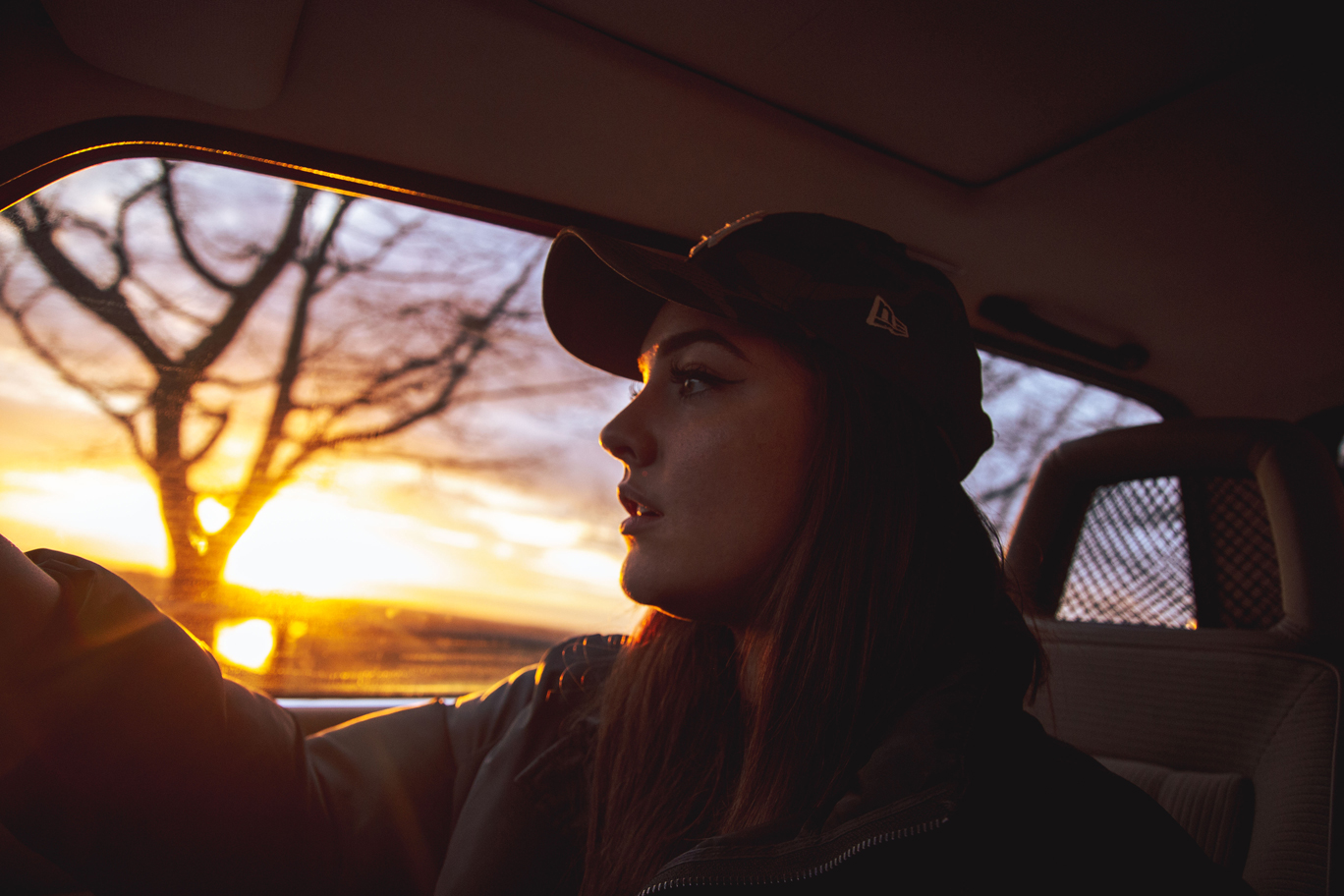 Raised in Coventry, Becky has been “going to races since I was a bump in my mum’s tummy” and remembers growing up in a house with pictures of cars all over the walls. Both her mother and father were car fanatics – her mum drove a mean, star-spangled Mustang.

Becky followed suit, racing go-karts from age eight, then dragsters. But at 15, the family fell apart when her mum walked out. With her father Phil unable to express his feelings or provide adequate support, a young Becky threw herself into drag racing – his hobby – as a way to connect.

Today their relationship remains strong, with the 69-year-old Phil regularly appearing as a comic cameo on her channel. Despite difficult times, she credits him with not only helping her to find a passion, but learning the value of contributing to a culture she feels invested in.

“Whenever I talk about this, it’s amazing how much his voice comes out,” says Becky. “From a young age, Dad always said, ‘Don’t just exist, do something. Don’t just go to work every day; have a hobby, build something, race something.’ That’s how he kept going all these years, chairing the UK Drag Racing Committee, being a racing official, etc. 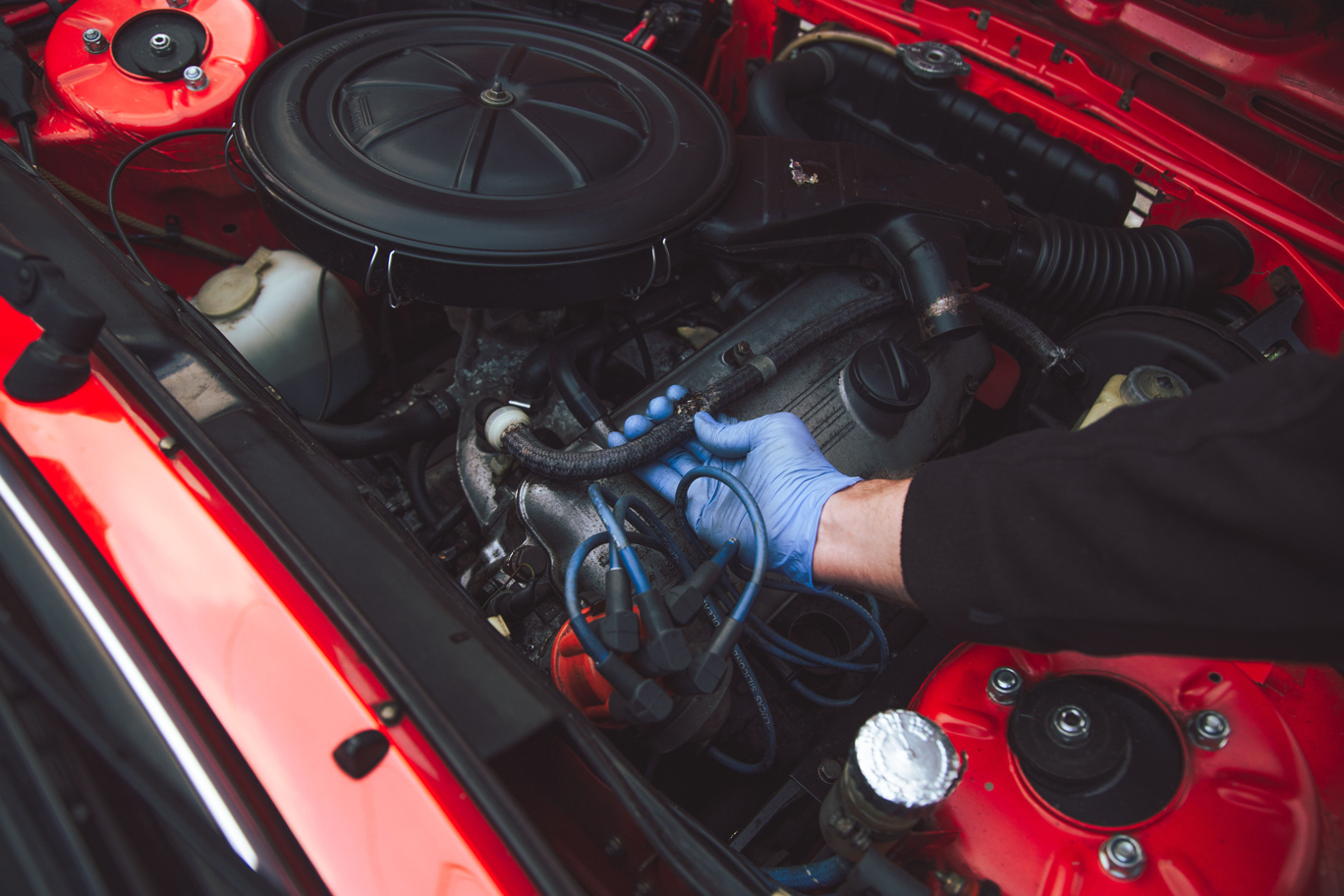 “I chose cars, but I genuinely believe that if I had picked music, I would have gone deep, because he encouraged me to fully commit. He’s always done the same himself which, I guess, is the reason why I do what I do.”

Becky has turned that drive into a full-time operation, growing her audience and presenting for major car networks, while her BMW has become sought after for fashion shoots and music videos. 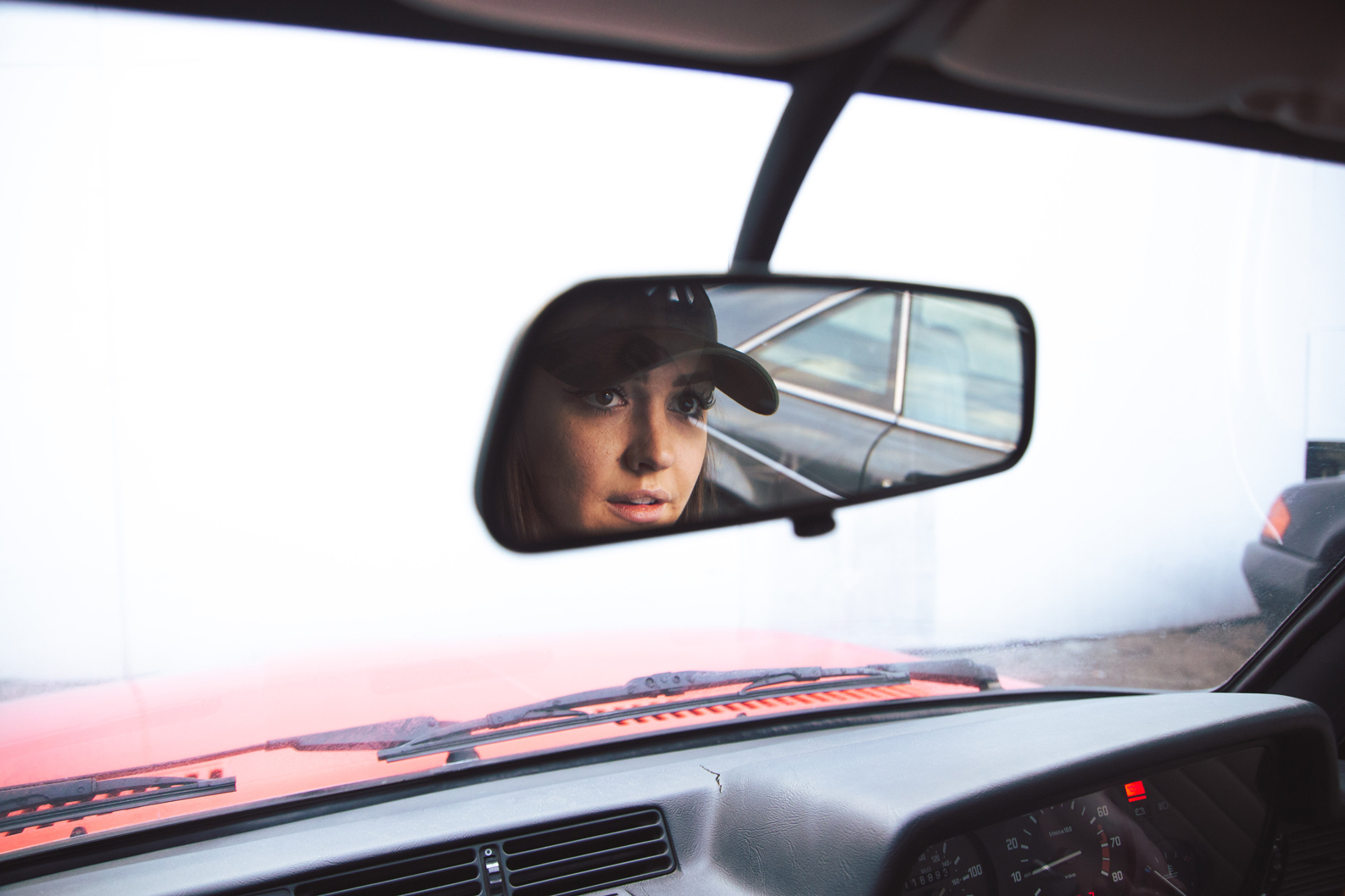 She’s inspired by what all-girl motorbike crew VC London have done: getting countless women to try stamping their own stylish, fun-loving identity on a culture that previously seemed off-limits. But Becky also wants to broaden that to include all petrolheads who haven’t found a tribe yet – crafting a community around one shared passion.

“There’s strength in numbers,” she says. “Seeing others like you makes it easier to take part in something for the first time. Sadly, I always feel like, ‘Where are all the other like-minded people?’ If you don’t fit into the ‘Halford’s car park/Britain’s best boy racer’ scene or the really expensive end of the spectrum, there’s nothing you can relate to. 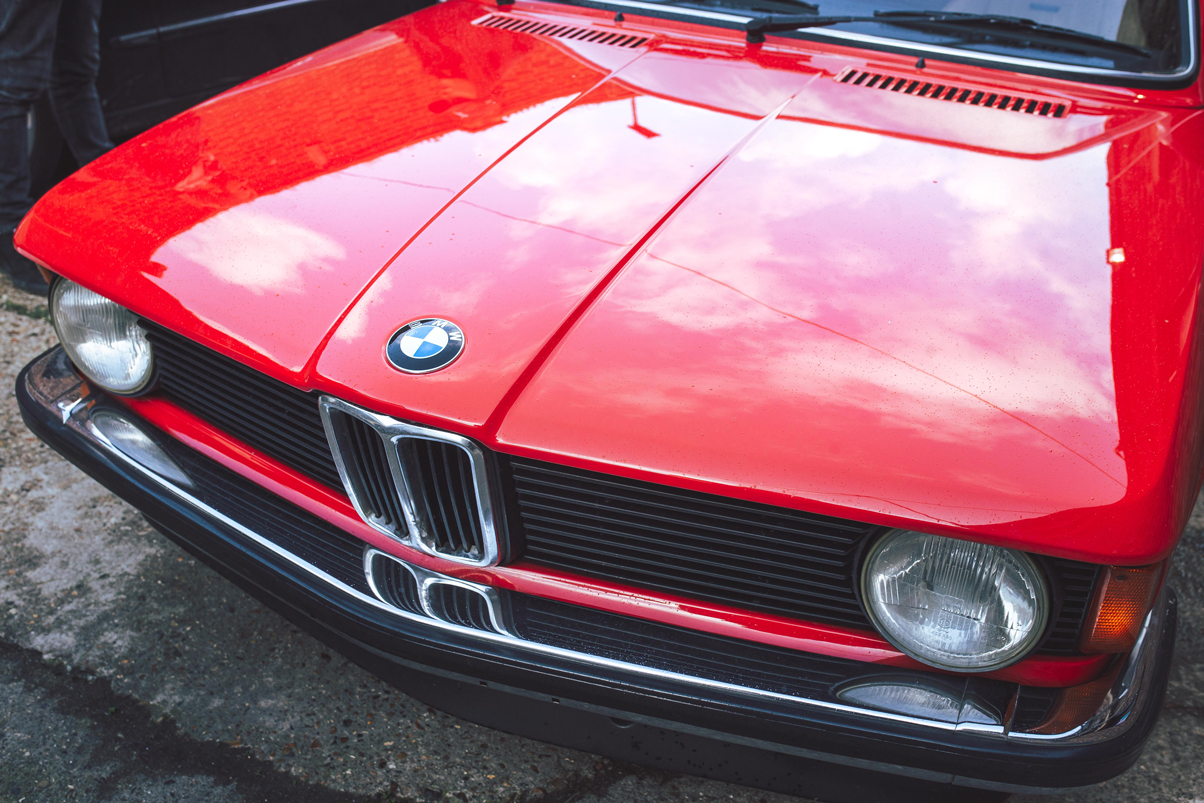 “It’s those invisible people I want to speak to. Just like fashion merges effortlessly with photography, music, skateboarding and so on, I want classic cars to become more culturally relevant. I want to transcend the cars themselves, inspiring people to create new connections and helping this culture come together.”

Linkedin
RELATED ARTICLES
OTHER ARTICLES
For decades, Wilmslow Road has been a bustling area full of curry houses. But how did it come to be what it is today?
The situation in Afghanistan remains dire, with many groups facing persecution at the hands of the Taliban.
A new documentary explores the government’s efforts to quash the protest movements of the late ‘60s by any means necessary.
Our new magazine is here, starring the inimitable Mitski. Order your copy now and join us on a trip around the world.
After news broke last week around an expected reversal of the 1973 landmark law that made abortion legal in the US, protestors gathered in the UK in support of American women.
In the last of our dispatches from OFFF Barcelona, Rufus Deuchler and Vincent Gault discuss the future of creative process.