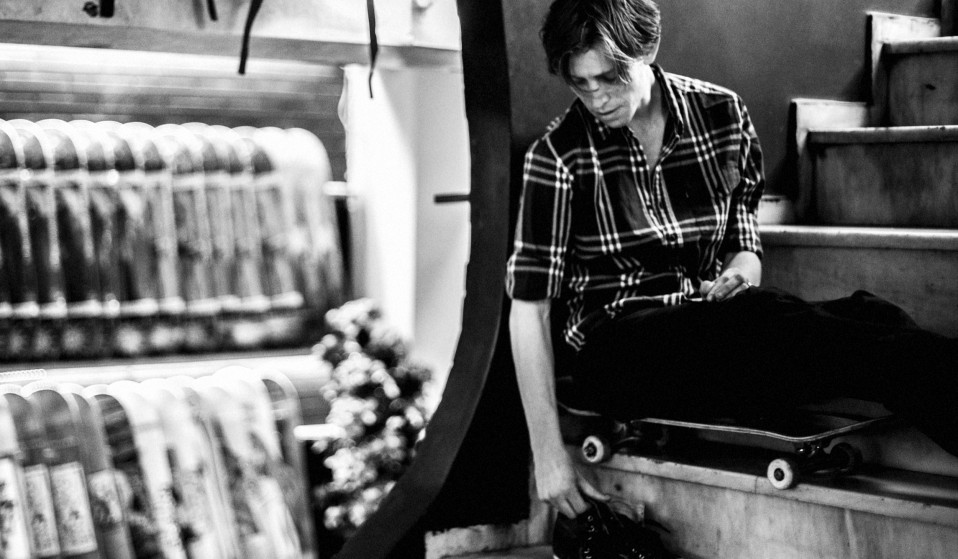 Launched in the middle of economic meltdown, Color Skates is an underground skate shop in downtown Athens, Greece, which is bringing the creative community together and building a new way forward.

Launched in the middle of economic meltdown, Color Skates is an underground skate shop in downtown Athens, Greece, which is bringing the creative community together and building a new way forward.

Here, in the latest post from 'Lines Through The City' – a collection of skateboarding and cycling stories produced by Huck in collaboration with Levi's® Skateboarding™ – Colors founder Vassilis Aramvoglou and team rider Mike Vasilakis share how they beat the odds to come out on top.

What do you do when your economy is collapsing all around you and your country is tearing itself apart? If you’re Vassilis Aramvoglou, you start a skate shop. Color Skates was born in Athens, Greece, in June 2008, just as one of the harshest financial crises in history kicked off. Eight years later, it has ridden out austerity, riots, bailouts, general strikes and is still going strong – held together by a tight-knit family of skaters.

“It’s a pretty challenging environment to have a business,” Vassilis explains. “We thought things were going to be hard, but it was crazy. It’s hard to believe, but we found opportunities to grow and make more things happen for the Greek skateboarding scene than ever before.” 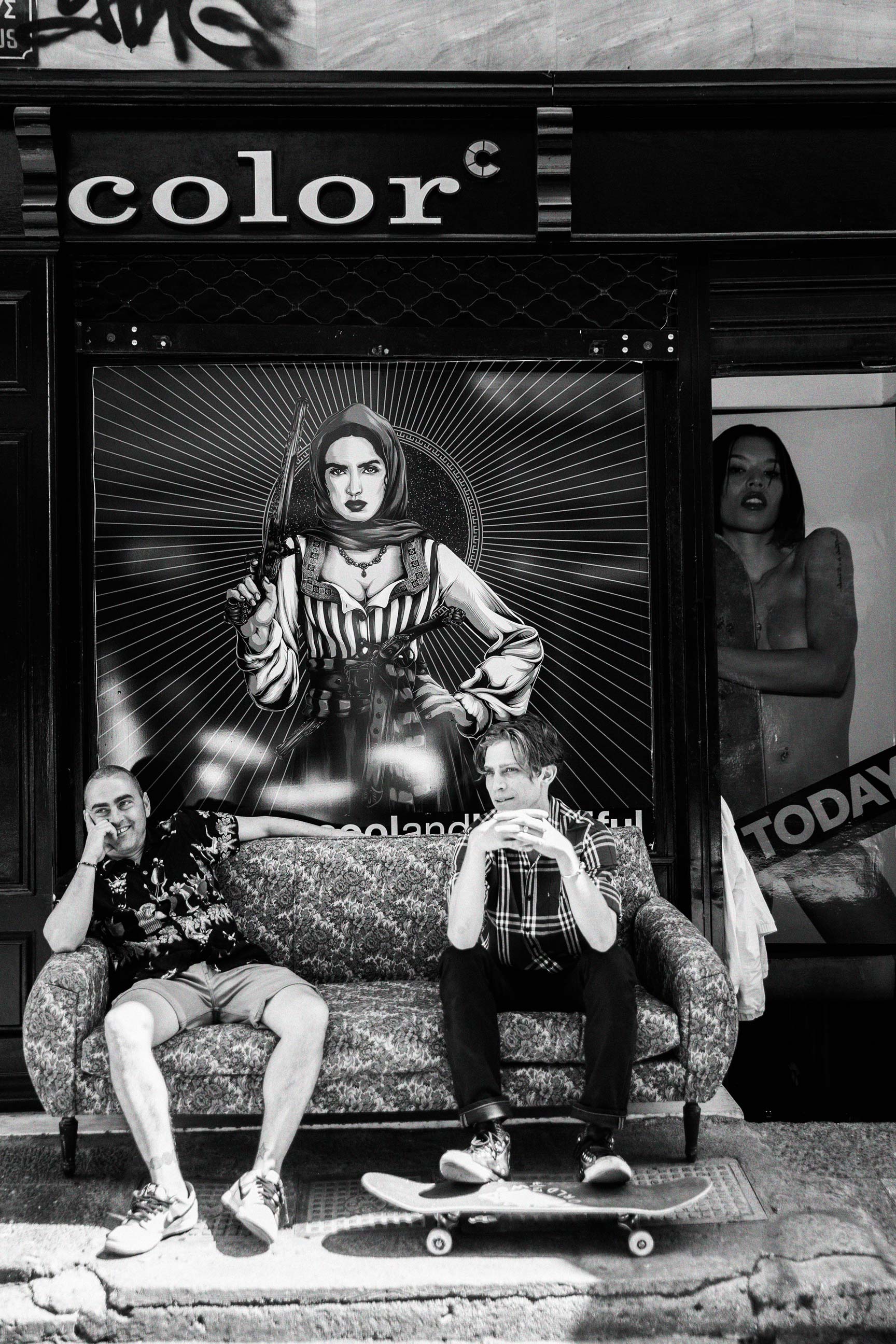 The Greek crisis took a big toll on local skateboarding: stores shut their doors, and international brands pulled the plug. “It separated the ones who really know skateboarding and love what they do from the ones who couldn’t do anything without a big budget,” Vassilis says. “That was the big advantage for us, because we can do more with less.” They survived by cutting out the middle men, going direct with suppliers and providing premium boards, clothing and equipment at prices people can afford.

Today, Color is two stores in Athens, a clothing brand, and a skate hardware brand Goodbie. They’ve helped build two public skate plazas and are behind the majority of skate events, contests and parties across Greece. But the core that holds everything together is the team. “We had this team of six skaters since before we could even pay rent,” Vassilis says. “Skateboarding is the essence of what we do. It’s our way of life, and we’ve got a dope, successful team with character and personality.” 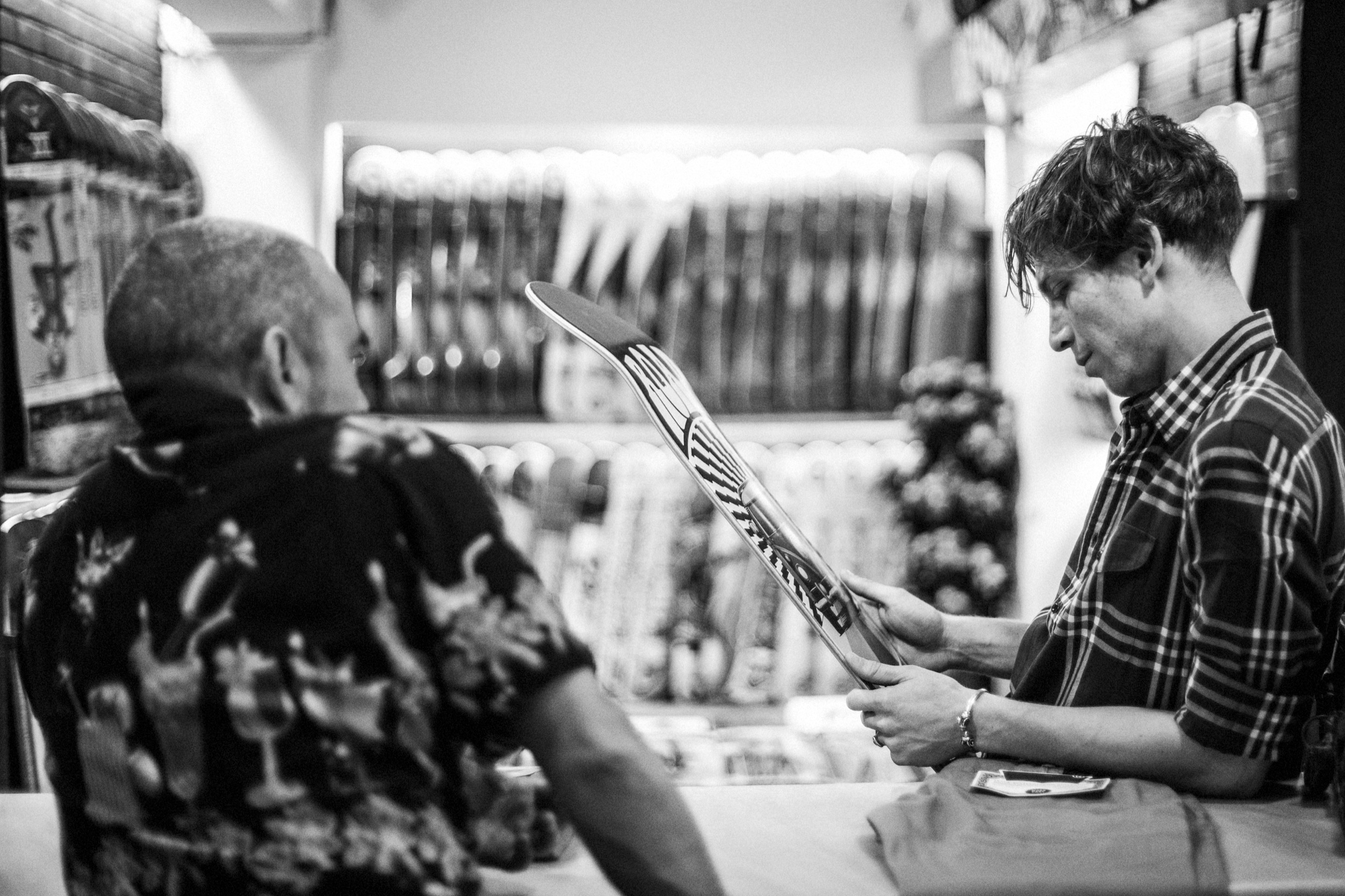 “We’re crazy people, we have fun every single day,” says skater Mike Vasilakis, 22, who’s been sponsored by Color since the beginning. “The best part about skating in Athens is that you’re free. You can do whatever you want to do.” Greece has tons of talented skaters, but most sponsorship opportunities dried up with the crisis. “I feel lucky to be a part of what we have here,” Mike says. “If I wasn’t in Color, I don’t know…”

Color works with artists, photographers and both underground and mainstream brands, but one of their tightest partnerships is with Bondex cycle couriers, who make all their Athens deliveries. Founded by Charis Skaftouros, who used to run a skate shop and gave Mike his first sponsorship back in the day, Bondex is trying to plant a cycling culture in a city that’s still not bike-friendly through organising events like electrifying alleycat races. “They really believe in what they do; they’re cycling their asses off every day,” Vassilis says. “We prefer paying for an alternative service than a mainstream courier service. They’re the kind of guys we want to be dealing with our customers.” 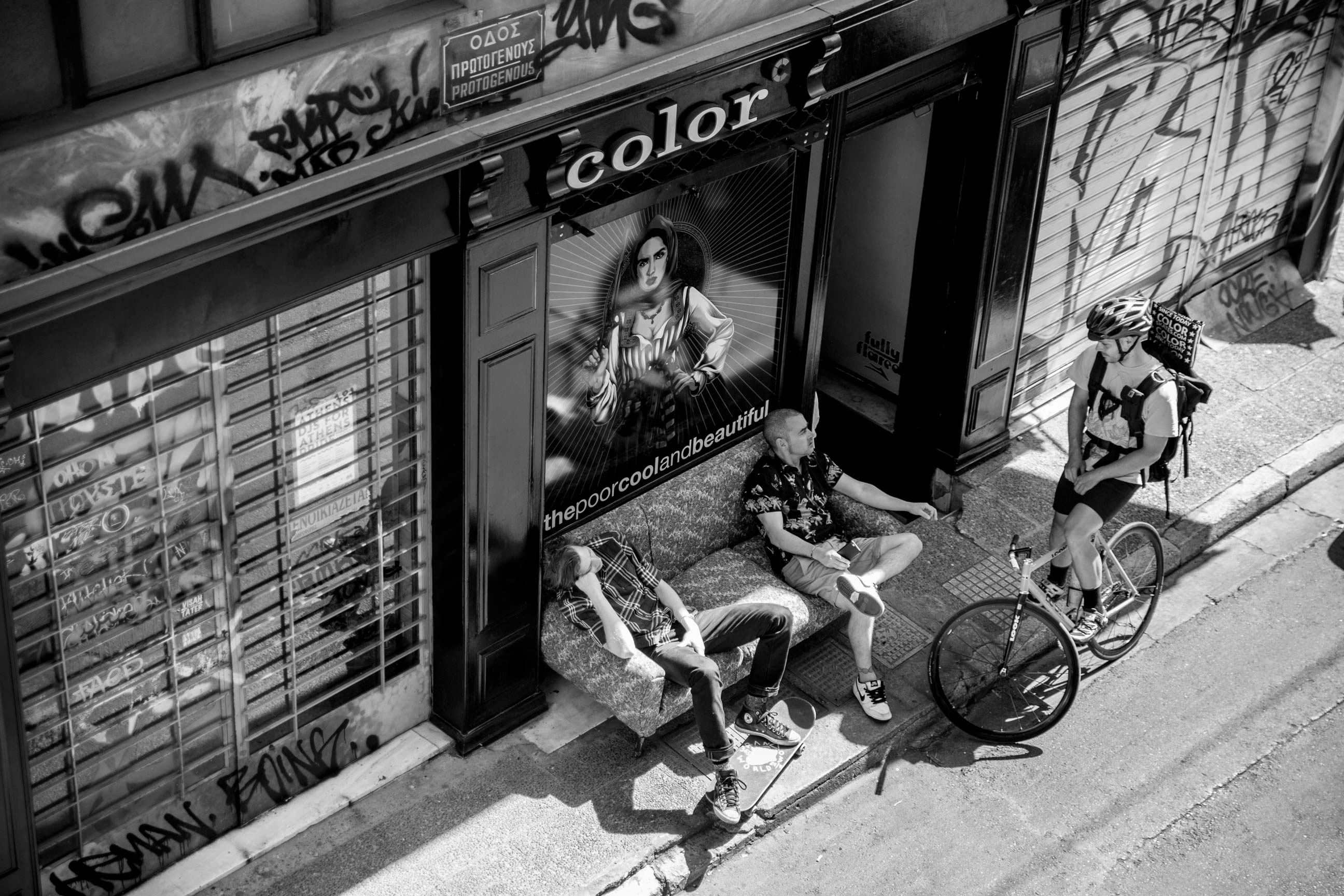 Color is building their profile in Greece and across Europe with a presence at shows like Bright Tradeshow in Berlin. But with no end to the crisis in sight, nobody can predict what comes next-or how long this can last. So what are Color’s hopes for the future? Mike throws back his head and laughs. “I don’t have a clue,” he says. “An LA tour is a big ambition for us. But the future is so uncertain here, we can’t think more than a few months ahead.”

“You need short-term thinking in Greece,” Vassilis adds. “But if you ask me, the sky’s the limit. We’re just trying to get better. In hard times, you see both sides: a lot of hating, but a lot of love, too. We’ve seen Greek people getting together and we’ve seen people totally falling apart. We really believe in what we’re doing but there are moments when you need the stomach to back it up – either on your own, or by asking for help. You need to understand your fellow people. At the end of the day, we’re all in the same shithole.”

Check out the Levi’s® Skateboarding™ collection online and at specialty shops worldwide.

Linkedin
RELATED ARTICLES
OTHER ARTICLES
Planet Ardbeg is a 40-page sci-fi anthology created by three cutting-edge artists.
SOAS Detainee Support detail the appalling conditions they witnessed at the dangerously overcrowded immigration centre in Kent.
The hate Just Stop Oil faced after throwing soup over a Van Gough painting has been immense. Here, they explain why it won’t deter them.
A new photo series documents tribes preserving the environment through simple, sustainable practices in central Asia.
A centuries-old tradition is offering families a way to honour the deceased, reports Arbab Ali.
Photographer Chloe Dewe Mathews reflects on the diverse rituals that continue to persevere along the river– despite the changing London landscape.