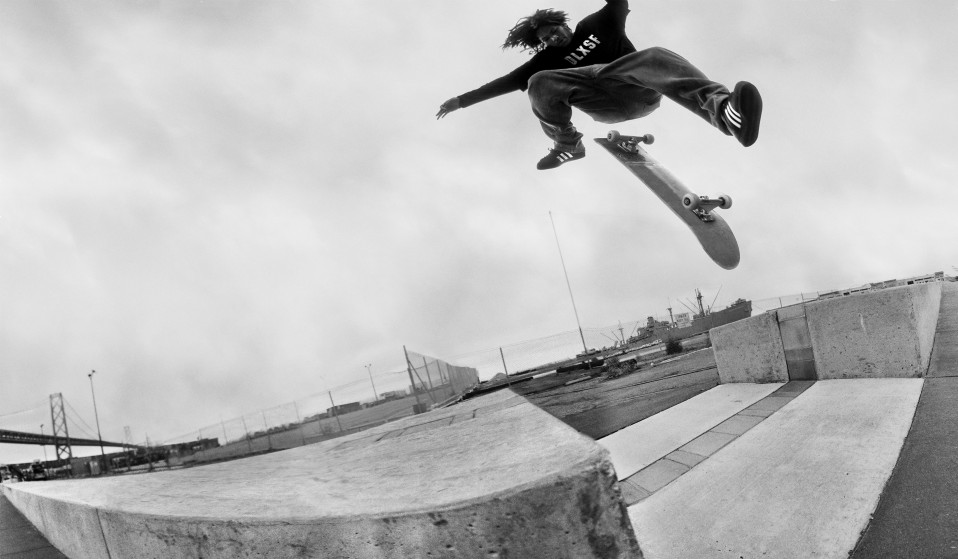 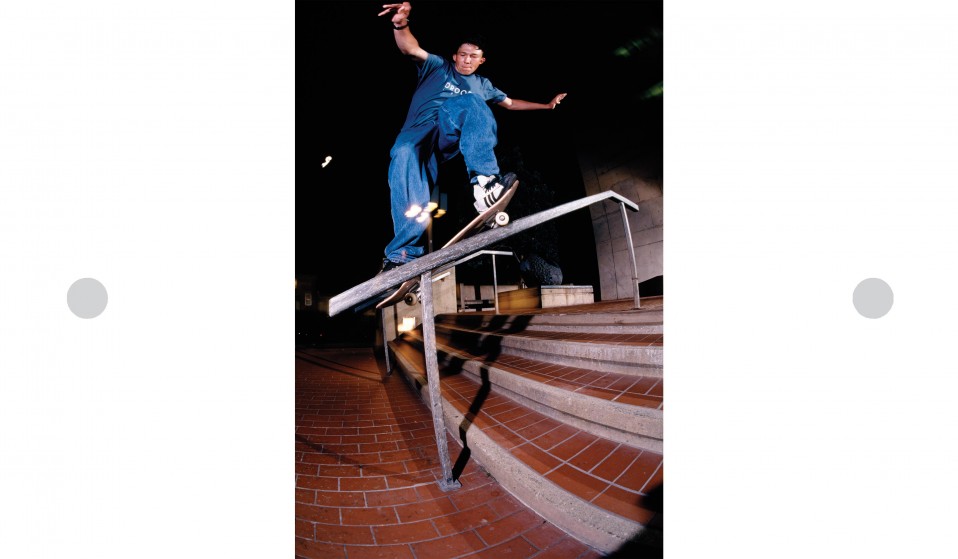 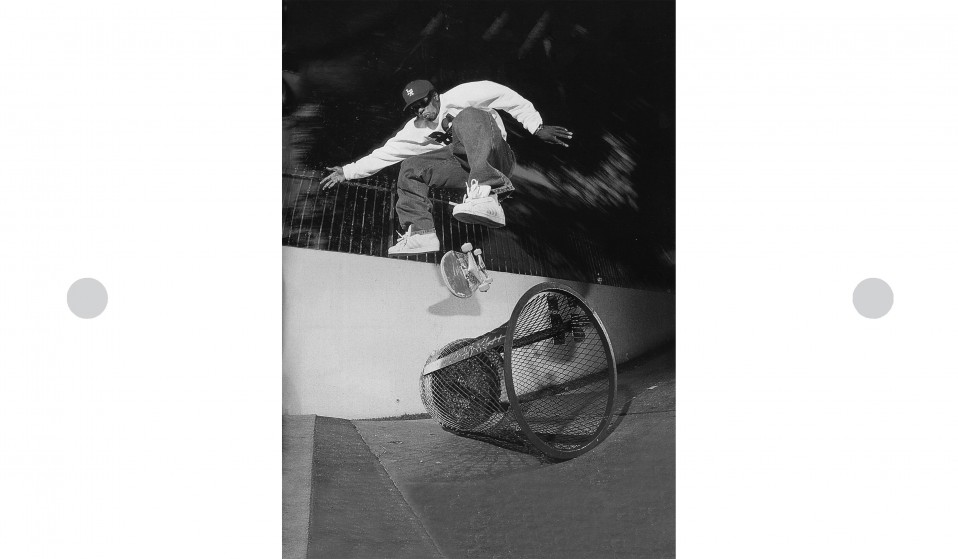 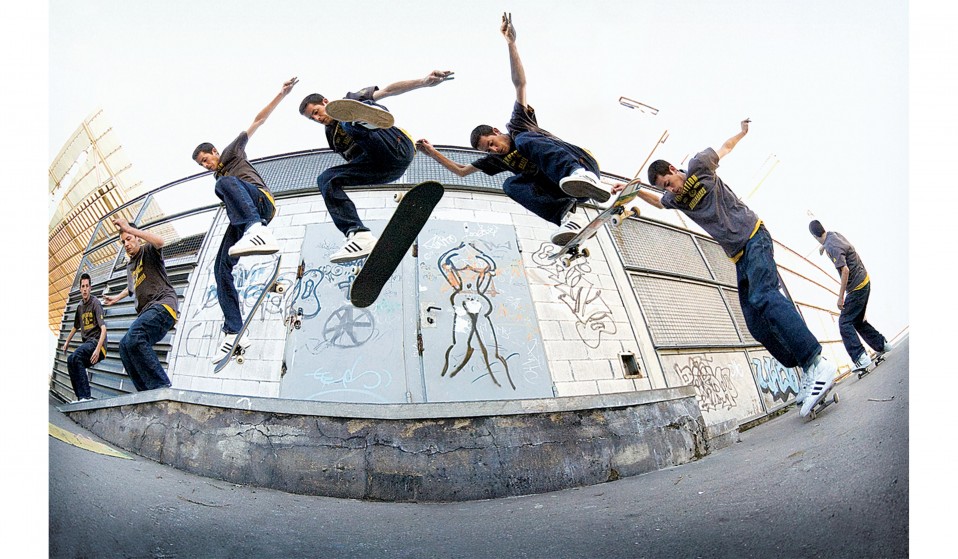 San Francisco’s Drake Jones was one of the 90s’ most iconic skateboarders, who painted the scene of modern street skating culture.

Now he’s being honoured, together with three other skate icons Kareem Campbell, Joey Bast and Richard Angelides, by adidas’ Honor Your Roots tribute series. Check out the gallery above for shots of each of the four legends killing it in their prime years, which have found their way onto tees celebrating each rider’s legacy.

A launch event is taking place 30 May at FTC in San Francisco, featuring projections of archival footage of the four riders, 90s skate video music, and a photography exhibition.

Huck caught up with the now retired Drake Jones to talk about roots and never taking anything for granted.

What do roots mean to you?
Besides the fact that I used to wear a navy blue sweatshirt with ‘Roots’ written on it everywhere I went until I left it at a Slam City Jam in Vancouver one year… It just means being grounded and having knowledge of what has come before you.

(I was informed on Instagram that a skate shop owner from the OC found my sweatshirt that day and didn’t know it was mine, still has it and is willing to give it back to me if I need it. I told him that’s rad and thank you but it’s yours now.)

How do you feel about being considered an icon?
An icon? I don’t think I’ve heard that one before… An icon to me is someone like a Michael Jordan or Tiger Woods – where people from different cultures around the world can easily recognise your name and know what you have done. But saying that, I am more than honoured to be a part of this adidas Skateboarding collab’ and can’t thank them and skateboarding enough for helping me become who I was as a skater back in the day.

What are the most important things you’ve learned on your journey? What do you feel is the most important knowledge you can pass to the next generation just coming up?
Never take anything for granted and be thankful for the people that you meet throughout your life. I started skateboarding over 27 years ago and never dreamed any of this was ever going to happen. I didn’t do everything right, and sad to see some of my friends that did it wrong aren’t around anymore, but I know we all started skating for the same reason… ‘cause it was fun and wasn’t a structured sport. Seems like today the majority of kids want to start skating for the wrong reasons – which would be fortune and fame, not fun and freedom. If you want to skate learn all the basics before nollie late flipping out of a trick, or into it for that matter.

Find out more about the Respect Your Roots series at adidas Skateboarding.

Linkedin
OTHER ARTICLES
For decades, an area of East London has served as a community hub for Vietnamese people looking for a taste of home.
In her new book, the author explores the country’s housing crisis in human terms and calls for radical action to address a broken system.
In the latest instalment of Photographers in Conversation, the chronicler of raves, protests and beyond explains why he’s drawn to such specifically visceral environments.
With inflation now at a 40-year-high of 9 per cent, demonstrations organised by TUC took place to demand action from the government.
The last few years have seen an increase in LGBTQ-led initiatives to feed the hungry, with many finding ways to stay afloat despite the challenges.
50 years since its inception, and the campaign calling for recognition that capitalism depends on domestic labour is as pertinent as ever.