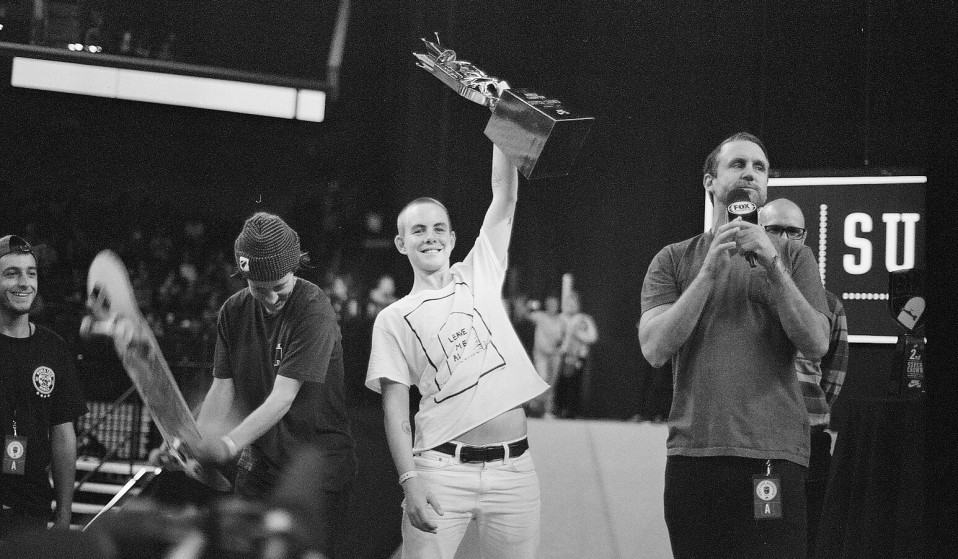 Lacey Baker might be one of a small group of female pro-skaters, but that doesn't make the grind any easier in the male dominated scene.

Lacey Baker might be one of a small group of female pro-skaters, but that doesn't make the grind any easier in the male dominated scene. After coming fourth last year, Hannah Bailey catches up with Lacey as she takes top spot in this year's Street League Skateboarding women’s competition.

When I met this time last year, it was right before the first ever Street League Skateboarding women’s competition in Chicago, and she had some pretty major things to say.

She took the full 20 minute interview time I had with her to get as much out as possible. It was an unedited insight into her raw opinion of the male dominated skate scene. Years of pent up aggression and opinion on the skate industry, and her experiences of it from the past decade or so. Fed up of her looks mattering more than her skating, Lacey let the pressure of the competition get the better of her and she ended up taking 4th place.

“Last year I was going for a really technical trick and I got in my head. I didn’t land any of my five tries,” explains Lacey. Although 4th is hardly a position to cry about, it didn’t do her skill level justice, and certainly didn’t help her bank balance.

Street League is the one competition that rewards the female skater with a decent enough pay cheque, although not on par with the guy’s comp, it is enough to skate off work for a while. “It’s always pretty intense”, says Lacey, who is arguably one of the strongest female skaters of all time. “It’s our one contest and everything is on the line. We are all out there and we all want it.” The motivation to be in Street League is money, fame, recognition and sponsors; for the women it is no different but it’s all or nothing.

Like most female ‘pro skaters’, Lacey doesn’t make a living from skateboarding. She has a full time job as a graphic designer and has skated her ass off to get where she is now, but the industry as a whole has been slow to catch up with her. It’s only now that women are getting more coverage, real sponsors, inclusion in trips and more competitive opportunities. All thanks to the scene created by women (like Mimi Knoop and the WSA), pushed by women, for women, and thanks to competitive platforms like Street League letting them in to do their thing.

Timing is everything. Since she got caught up on that ‘trick that never was’ last year, Lacey has come a long way – and what a year it has been for women’s skateboarding. As the industry prospers 12 months later, so does Lacey. She puts down a pretty flawless performance in the second SLS women’s champs, and takes the top spot. So how does she feel after winning the second time round? “Excited… happy,” says Lacey, who wasn’t playing the game last year. 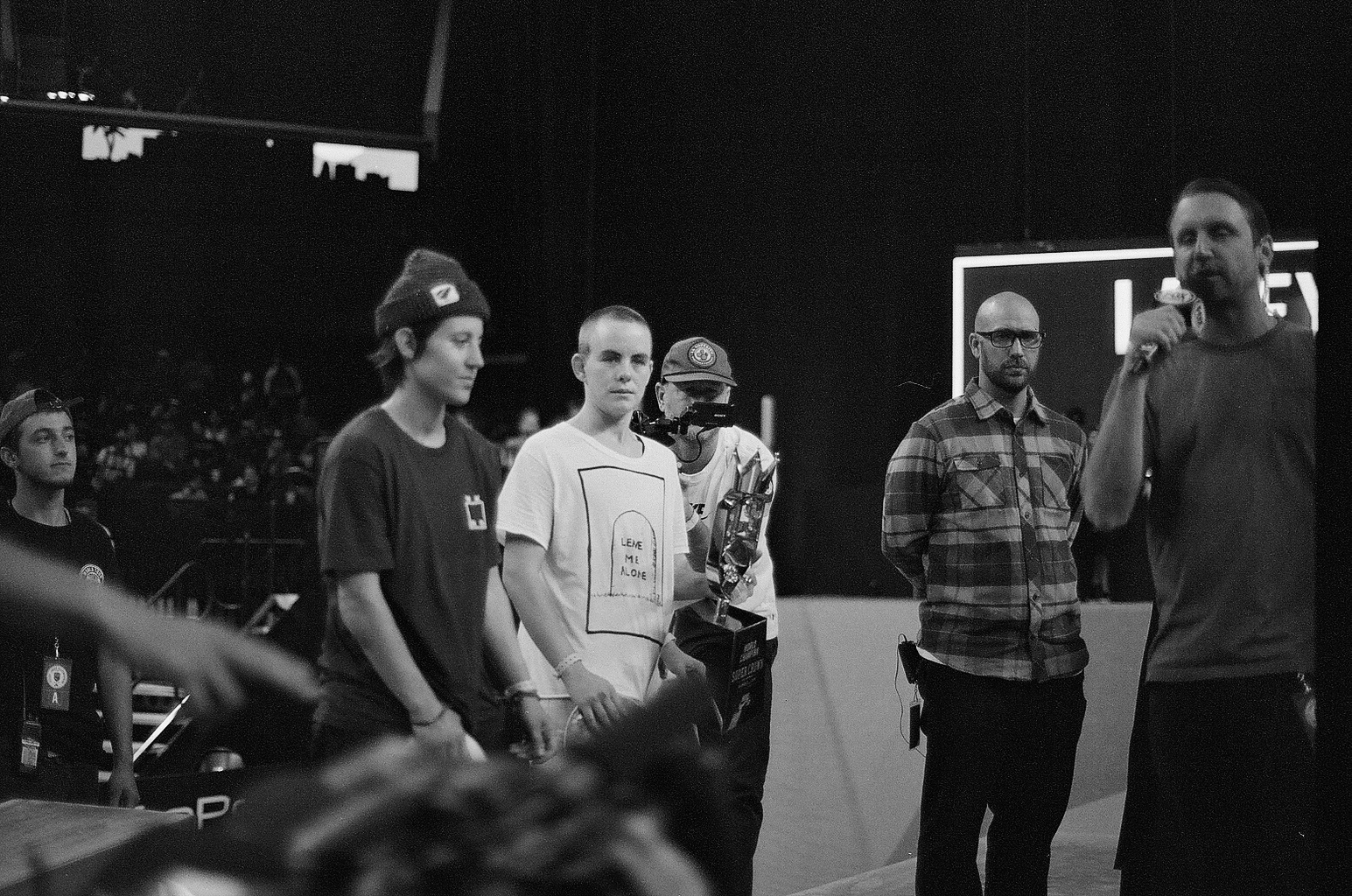 “I am in a good spot now so I can move forward with some goals I set. Winning this is really helpful for that financially. That is where my head is at. I am really relieved”, she sighs, to further emphasise the relief that comes with winning the trophy but more so bagging a paycheck.

“I saw what people were doing last year, the same tricks that were in their runs, and [this year] I thought I should do that. I had a run together and for the best trick I did the most technical stuff from my run,” says Lacey.

It’s as simple as that for the skater who has more manuals than a washing machine. I get the impression that it’s not just the paycheck (but mostly) that Baker is pleased to receive the positive attention (and fancy winner’s watch). A win could mean more than just those things in the long term. Not on the level of a multimillion dollar cereal endorsement, but at least deserved recognition for some of the longest running female pros in the industry, and bigger paychecks in the future for the girls.

Lacey already has her victory lap planned: “I am working on a Thrasher part. I have two and a half minutes and will try to finish it for the end of the year. “ Since she dropped her part ‘Bombshell’ over 4 years ago, the core skate world, a part of the industry she does appreciate, has been eagerly awaiting more. In the street and out of the arena is where Lacey belongs on her board.

But regardless of where she is skating, Lacey is persistently pushing the boundaries of the female skate scene so that future women, girls and people can be part of it without judgement and for the right reasons and returns. So what’s next for her?“…finish my Thrasher part, start a new life in New York, keep pushing.’ says Lacey. “I will always be skating…”

Linkedin
RELATED ARTICLES
OTHER ARTICLES
Ireland’s national sports are modernising. At the forefront of this movement is Na Gaeil Aeracha, the country’s first ever queer GAA club.
Photographer Nico Froehlich’s series documents South London’s diverse communities, while also reflecting on their fragility amid rapid gentrification.
The demonstration took place this week over plans to slash £50m from arts bodies in London.
Through stills, anecdotes and film criticism, a new book examines the portrayal of women’s destructive emotions, reframing it as a challenge to patriarchal structures.
A campaign seeking to prevent future injustices where there is state involvement is gaining momentum, with Labour recently pledging its support.
Recent research is highlighting the drug’s enormous potential for treating substance abuse.