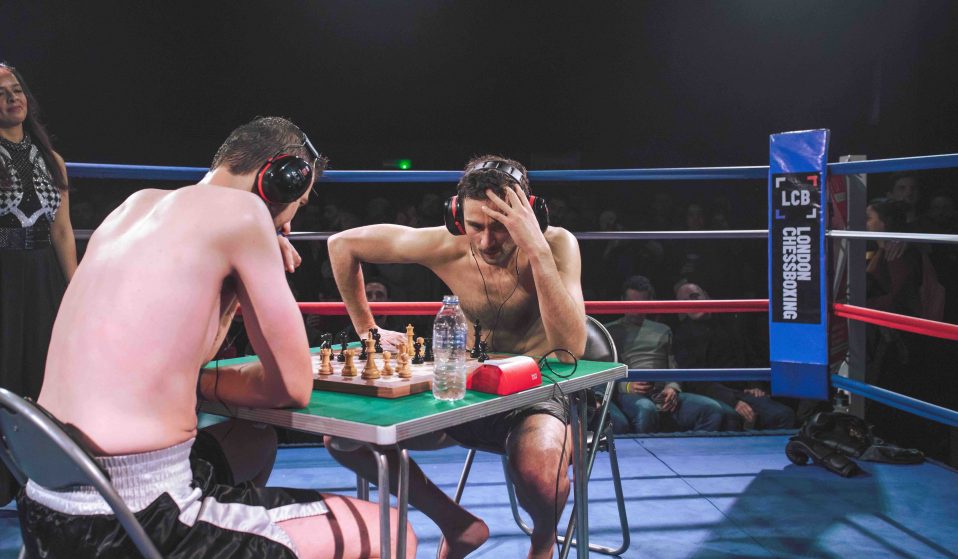 We enter the ring for a night of chessboxing: a curious combination of four-minute speed chess and three-minute boxing.

We enter the ring for a night of chessboxing: a curious combination of four-minute speed chess and three-minute boxing.

At a packed venue in North London, a ragtag crowd of curious punters and weekend warriors have gathered around a boxing ring. As the smell of beer and sweat starts to build, a strange chant rumbles through the venue: “CHESS! CHESS! CHESS!”

They are here to witness chessboxing, the ultimate game of brain-versus-brawn where players quickly flicker between rounds in the boxing ring and bouts at the chessboard. To take home the glory, they must their coerce their opponent into a knockout or batter them into checkmate.

The game has its spiritual origins in an obscure sci-fi graphic novel from 1992 called Froid Équateur, but it was first flung into reality by Dutch artist Iepe Rubing in 2003. Tim Woolgar, top dog at the London Chess Boxing Club, first brought the game to the UK in 2008 after he stumbled across a match in Germany. With the thick worn hands of a boxer, but the glazed glasses of a true nerd, he embodies everything you’d imagine a chessboxer to be. This is no sideshow shtick for him: this unlikely mashup makes perfect sense. 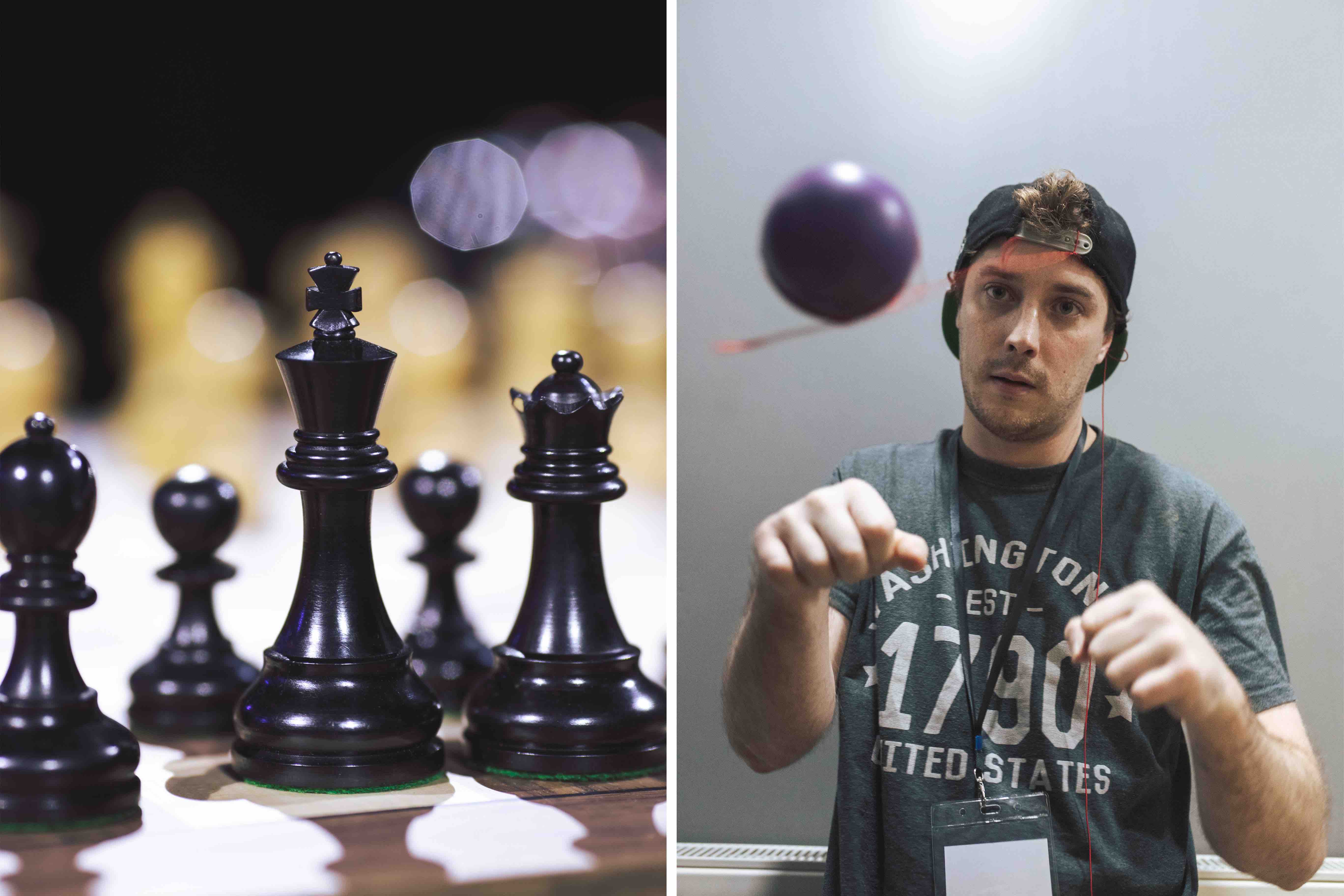 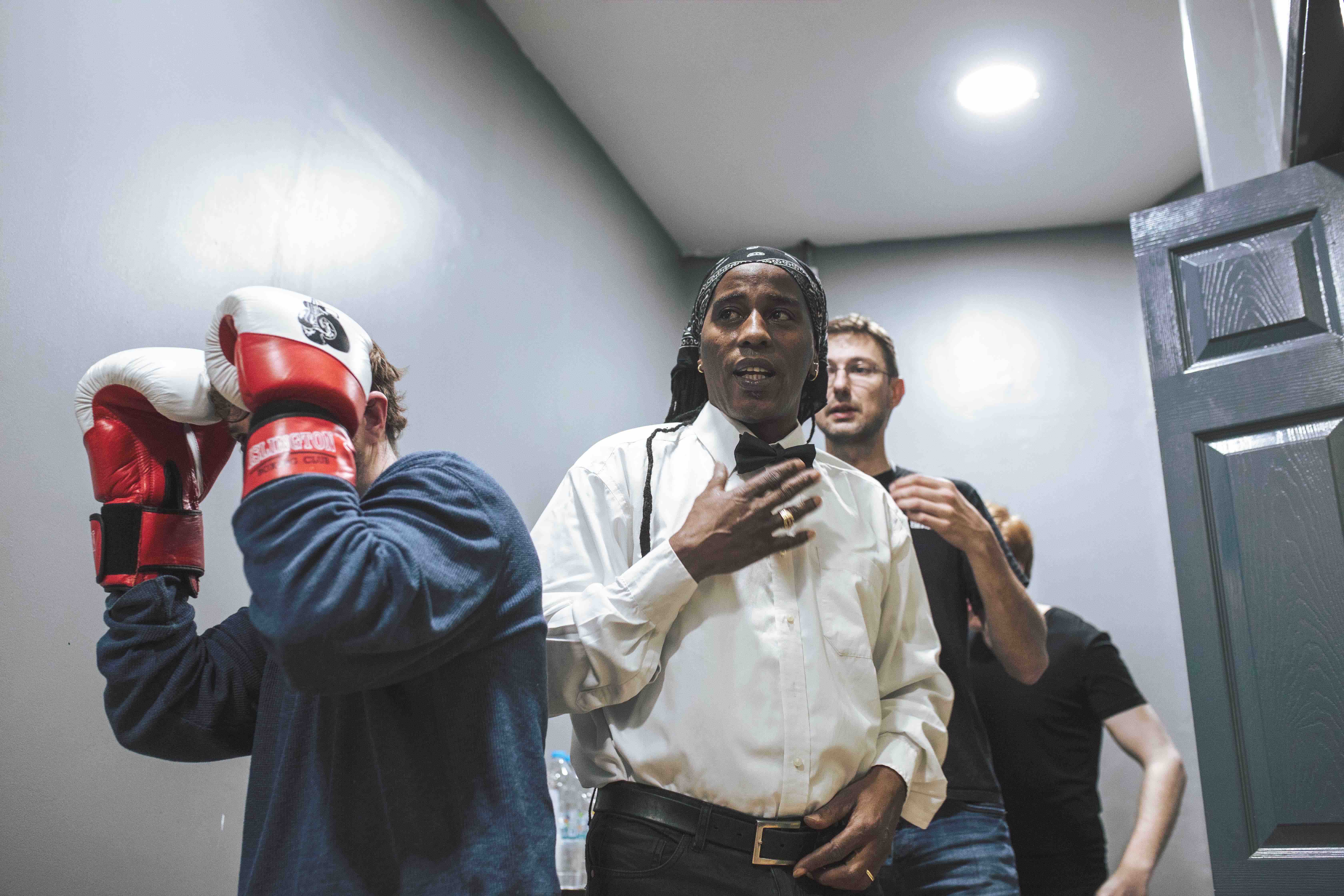 “It’s always surprising. It always looks weird two boxers sitting down playing chess about to start punching each other out in a few seconds,” Tim quietly says while carefully lacing up boxing gloves.

A motley crew of fighters starts to arrive in the changing room, some of who have flown as far as Finland and Amsterdam for the night. One of these bags of nerves and adrenaline is Aaron “Sween Machine” Sweeney, who is bracing for his first public fight. He was awarded the nickname during his time as a sponsored skateboarder for the likes of Vans and Volcom. Currently, however, he’s studying a PhD in computational chemistry. Somewhere in between these distant two worlds, he found chessboxing. 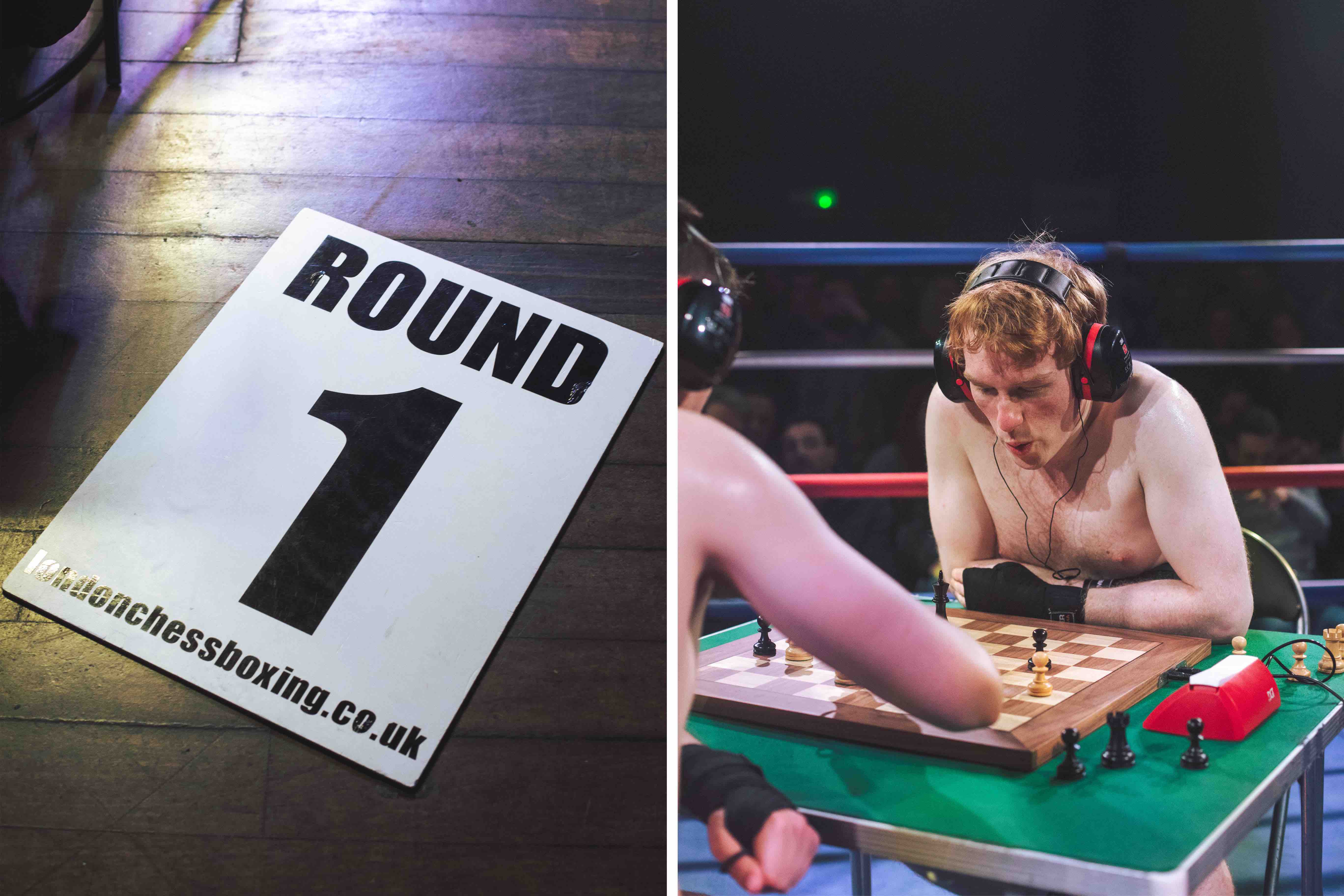 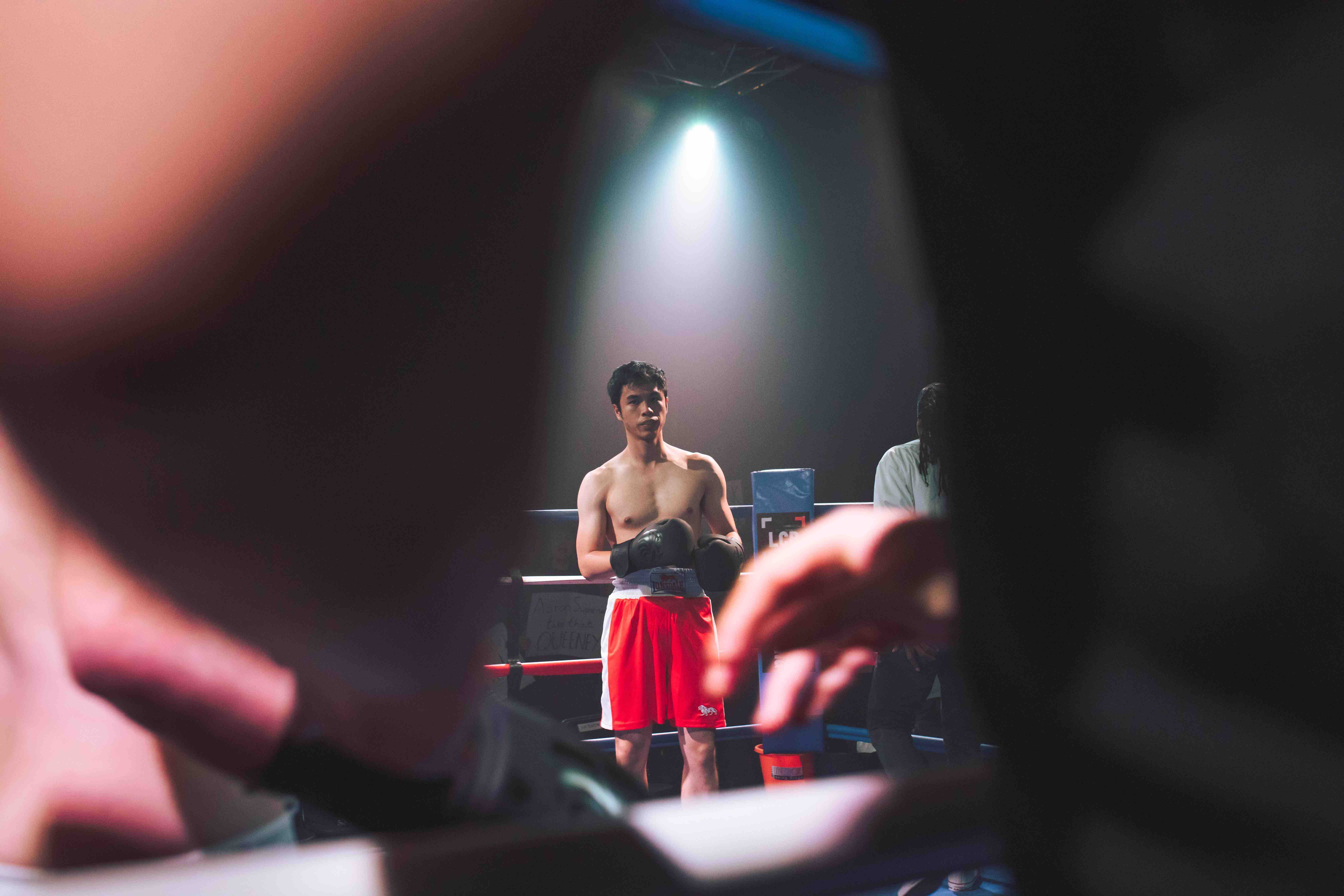 “I’m nervous,” Aaron says while punching a stress ball tethered to his baseball cap. “It’s the chess that’s the hard bit. You can just push yourself to box above your level for a round, but you can’t get better at chess in the moment.”

The nervous energy in the room is quickly spent and murmurs of the crowd begin to grow outside. It’s showtime. As the ref finishes his tin of Guinness and heads out towards the main stage, he looks back and smirks: “You don’t know who I am? You don’t know chessboxing then.”

Each five of the fights start as any boxing match should, with the bombastic intro music, a “sexy Santa” ring girl flashing a “Round 1” sign, and a DING of the bell. The duals switch in between four-minute rounds of speed chess and three minute-rounds of boxing, quickly alternating from scrappy brawls before slightly dazed boxers return to the board with sweat-glazed backs.

All five fights end with a checkmate, not a knockout, which tends to be the norm in most chessboxing duels. Despite the lack of blood or theatrical defeats, the crowd’s appetite is quenched. The chant rumbles on: “CHESS! CHESS! CHESS!” 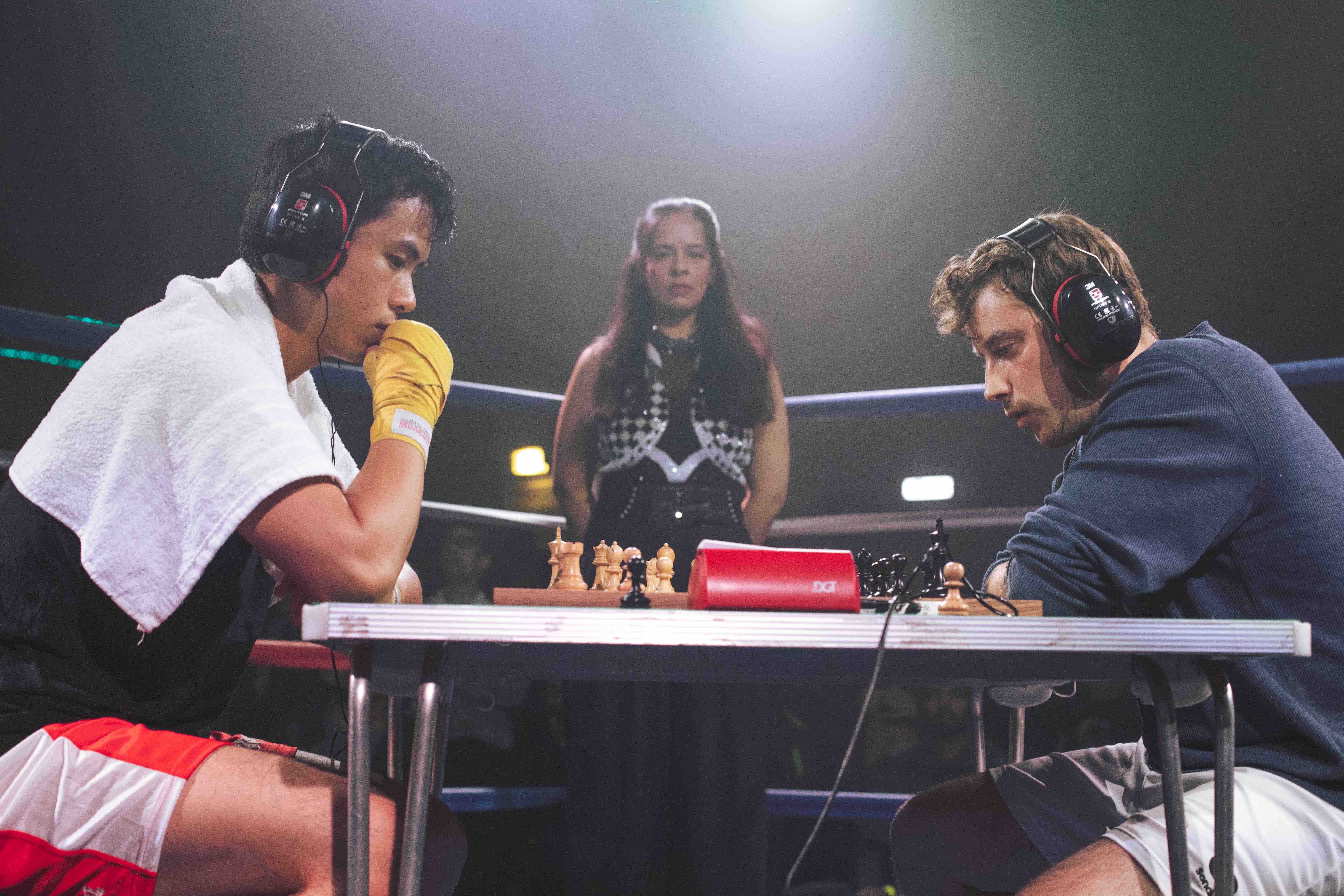 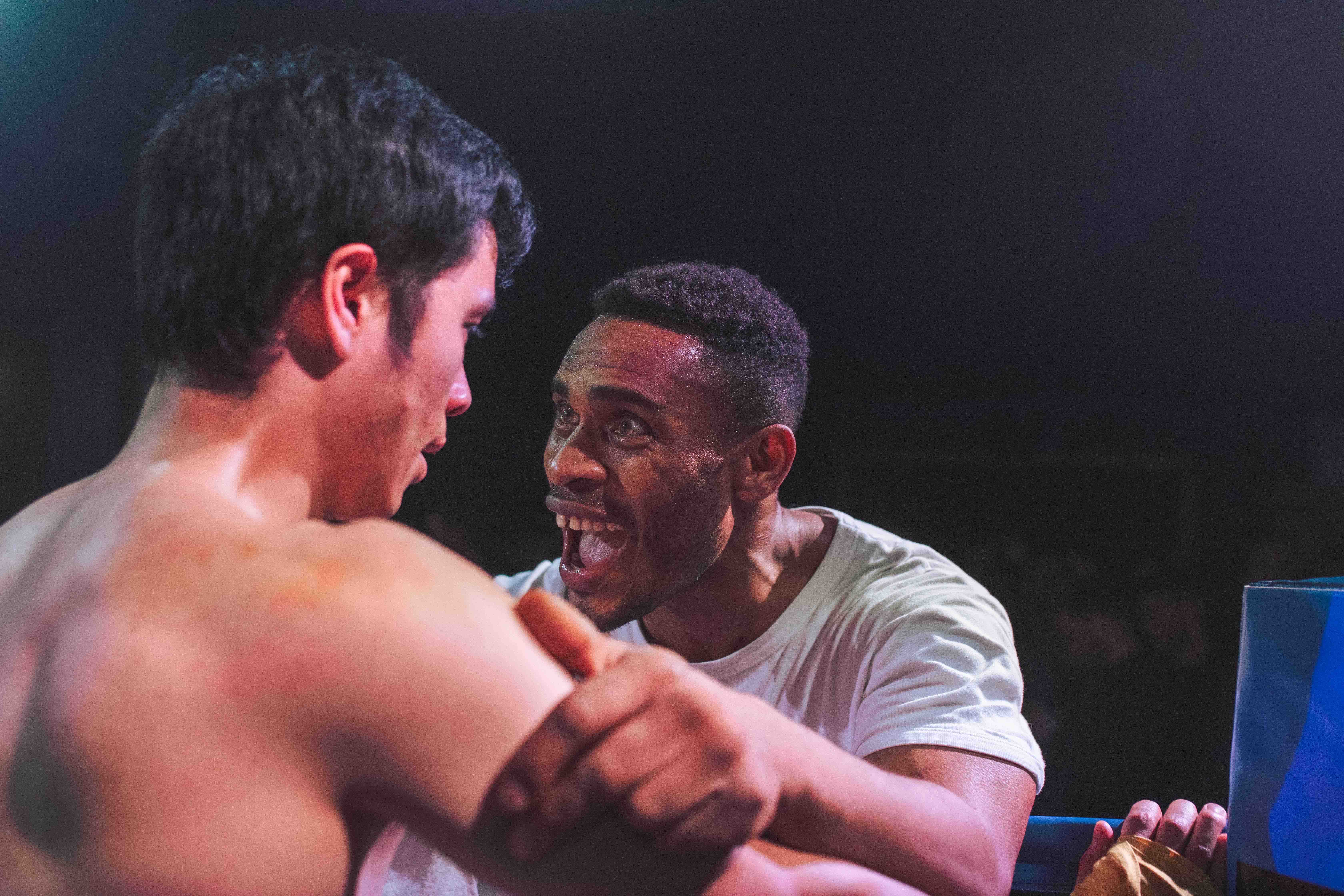 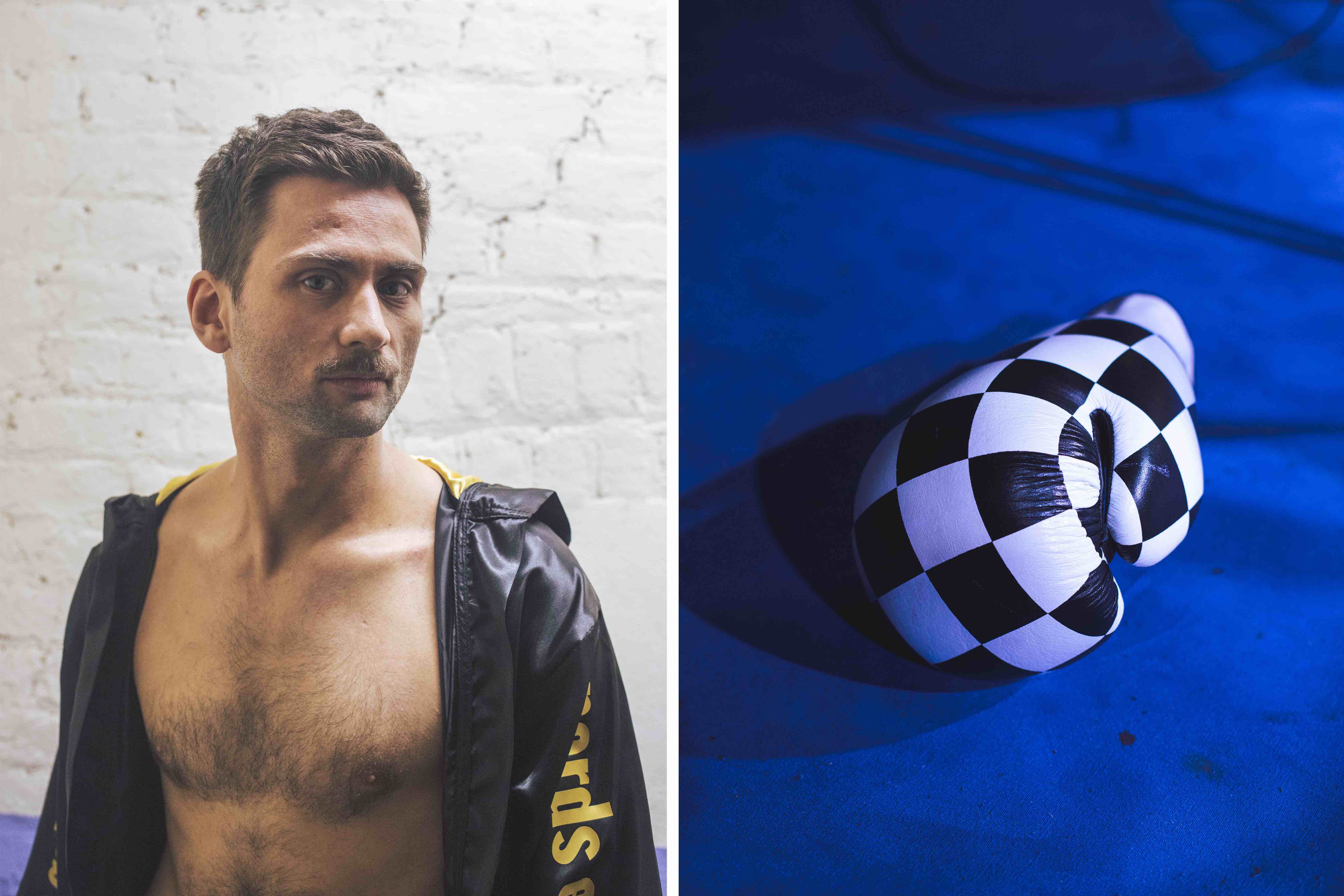 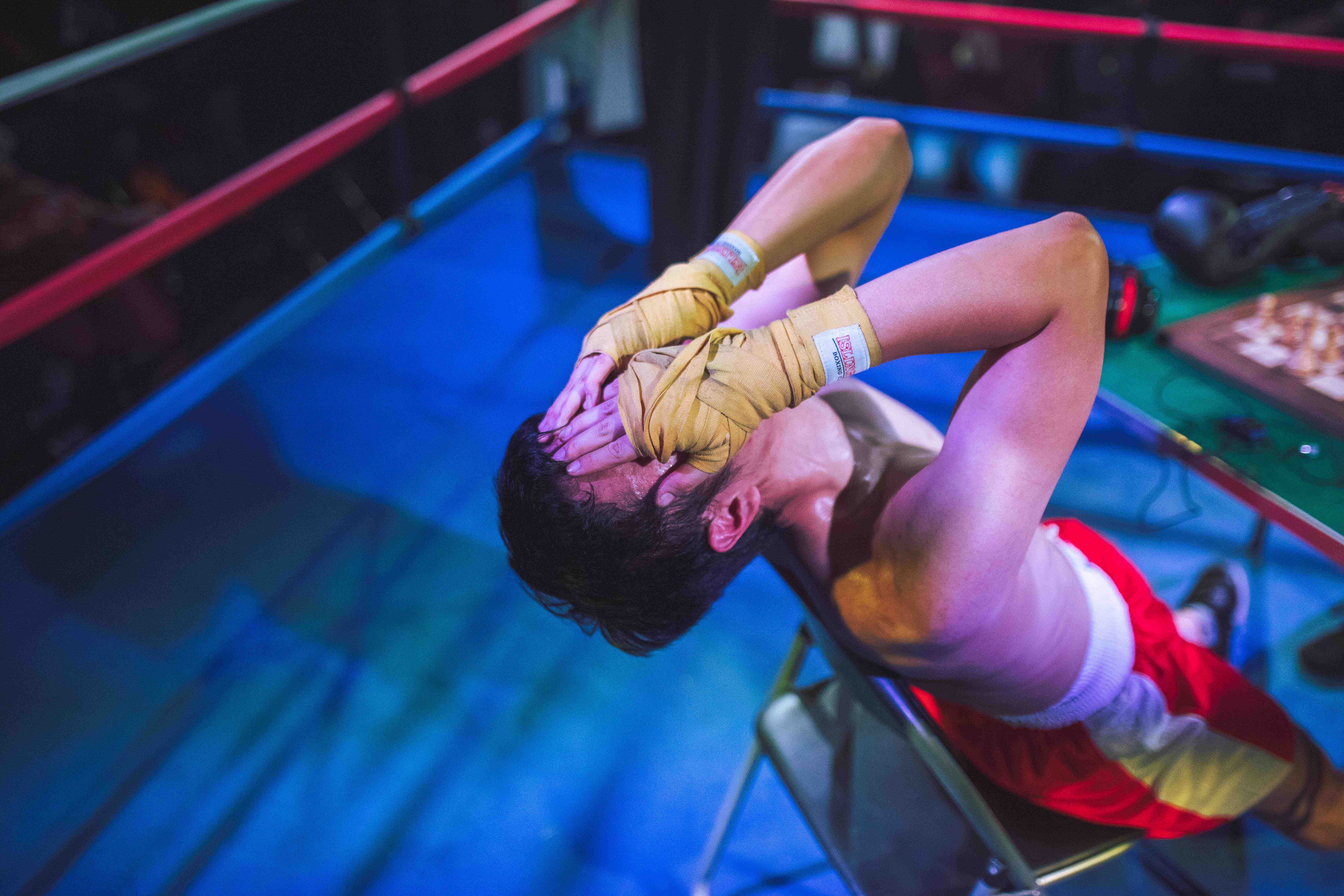 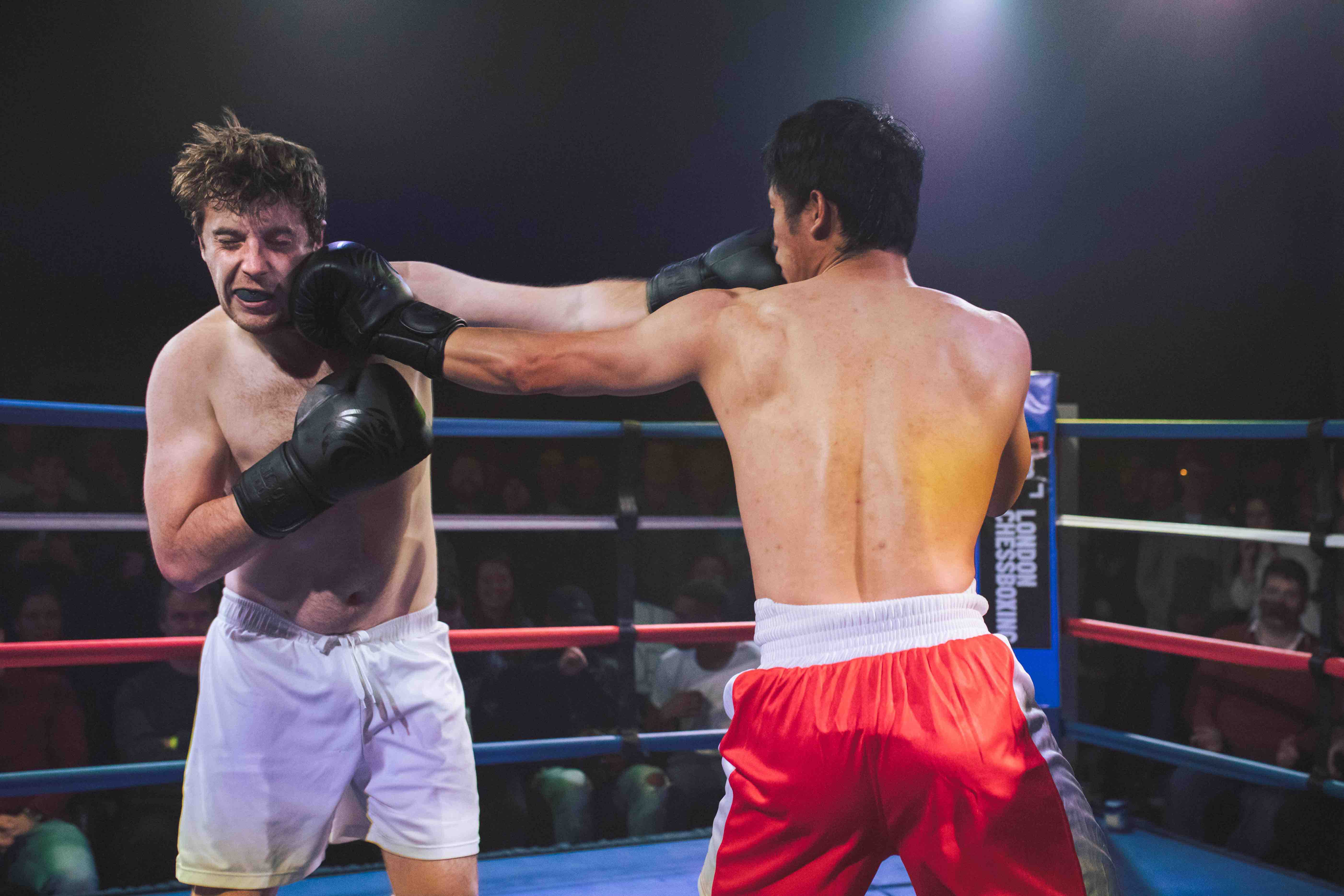 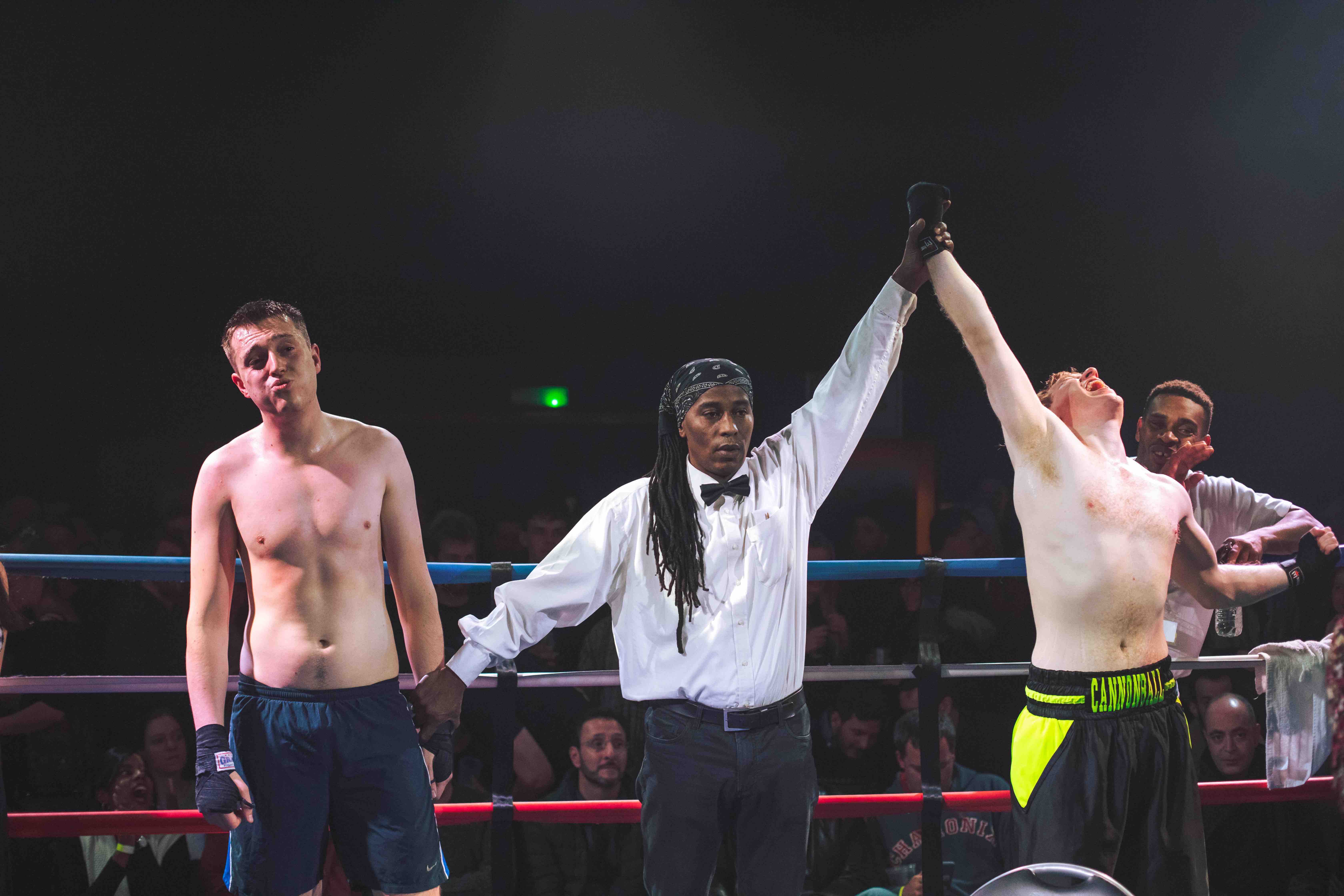 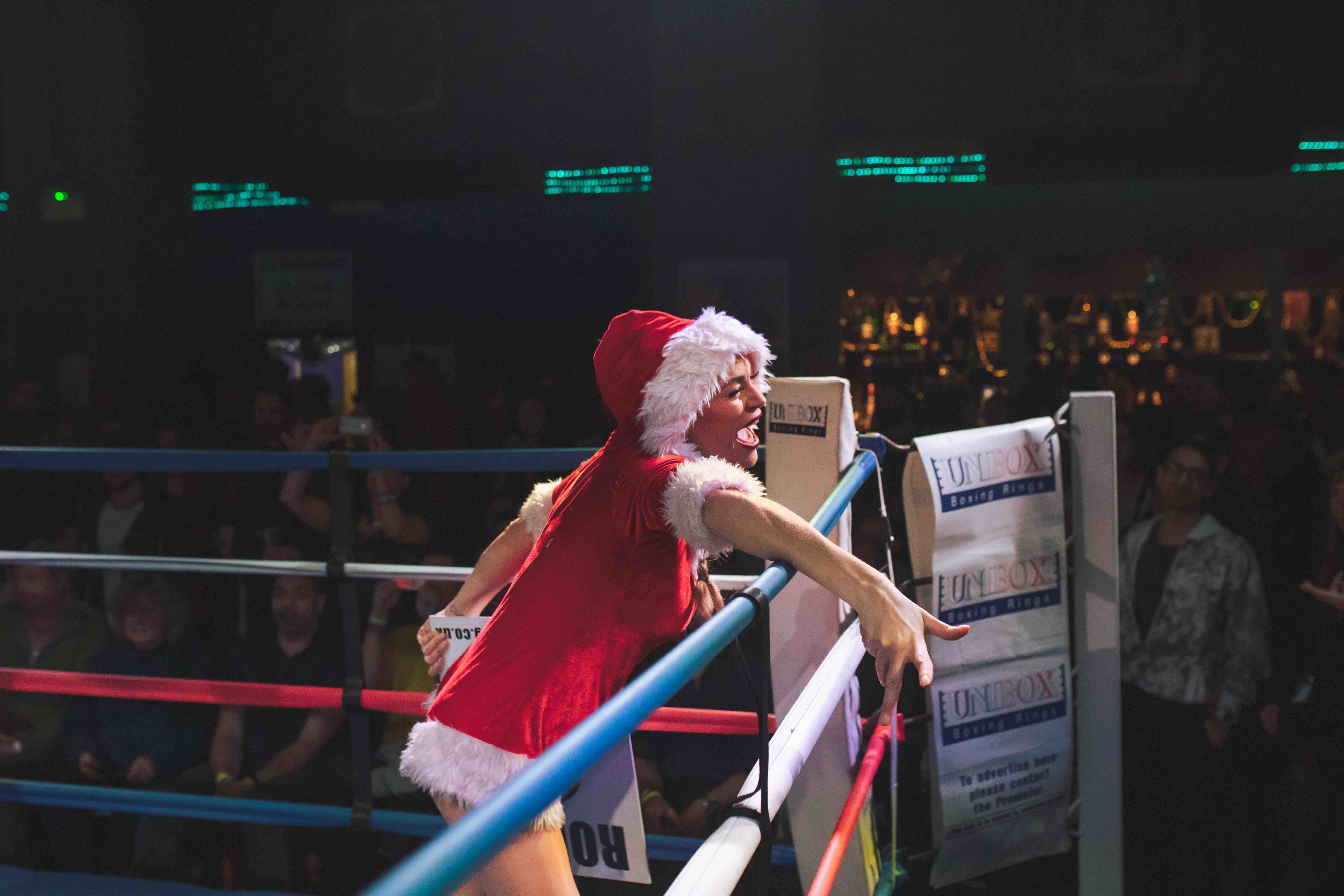 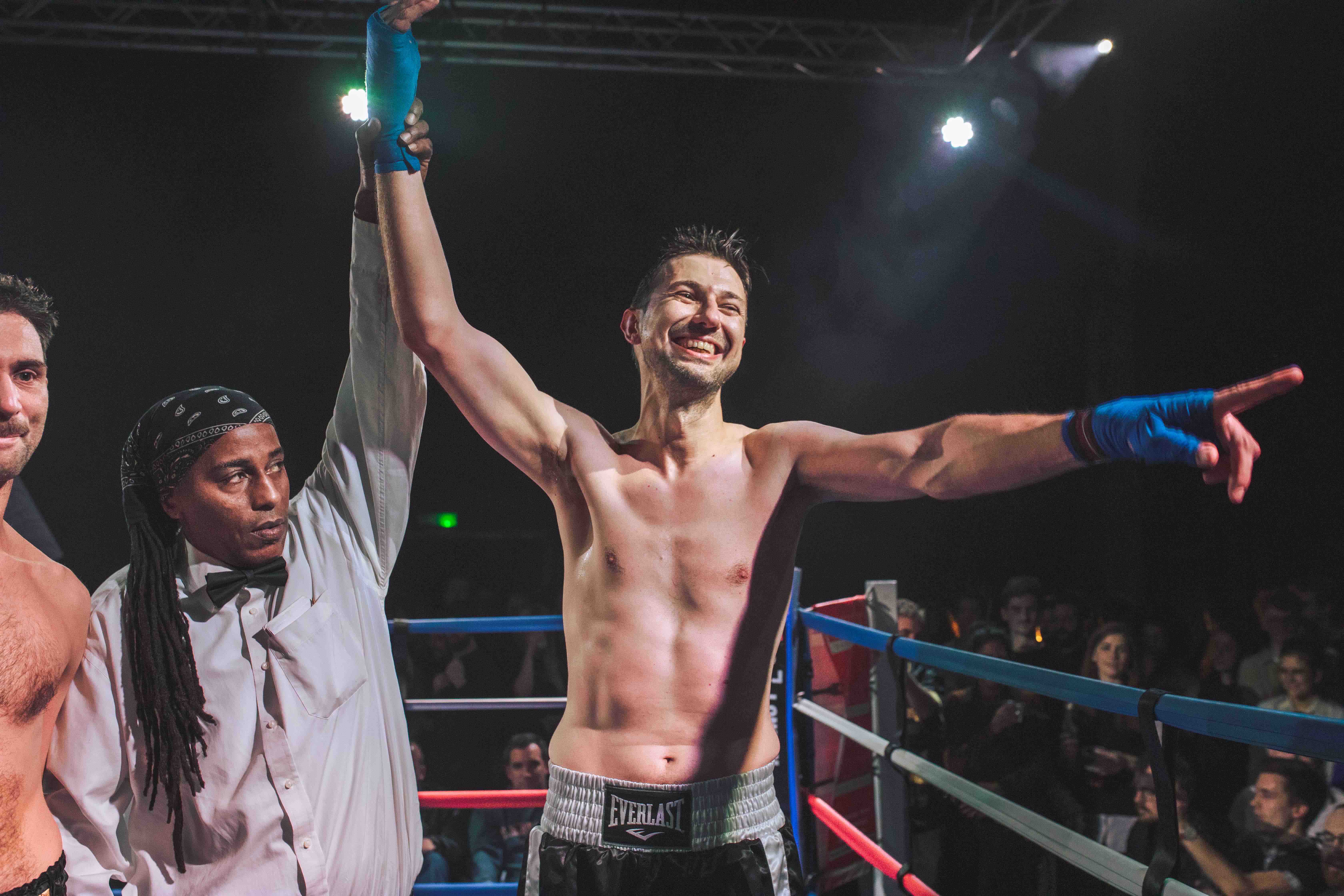 Linkedin
RELATED ARTICLES
OTHER ARTICLES
A new law change is enabling Britain’s donor-conceived children to know the truth about their origins – but campaigners say the fertility industry must do more to protect people.
A new podcast is opening up the conversation between trans women and trans amorous men in the hope of building coalitions.
Since 2007, Gideon Mendel has made 20 trips to document floods in 13 countries. The result is an alarming record of what has already been lost to the climate emergency.
After building his reputation covering the US civil rights movement in the 1960s, the photographer went on to produce some of the most enduring images of the past century.
Tristan O’Neill’s shots of dancers caught in moments of reverie at the height of rave’s golden age are a testament to the UK’s legendary club culture.
Social prescribing connects people with non-medical support to improve their health and wellbeing – but some experts worry it’s just a stick plaster solution.