Outdoor / Sport / How do you make fitness accessible for all? 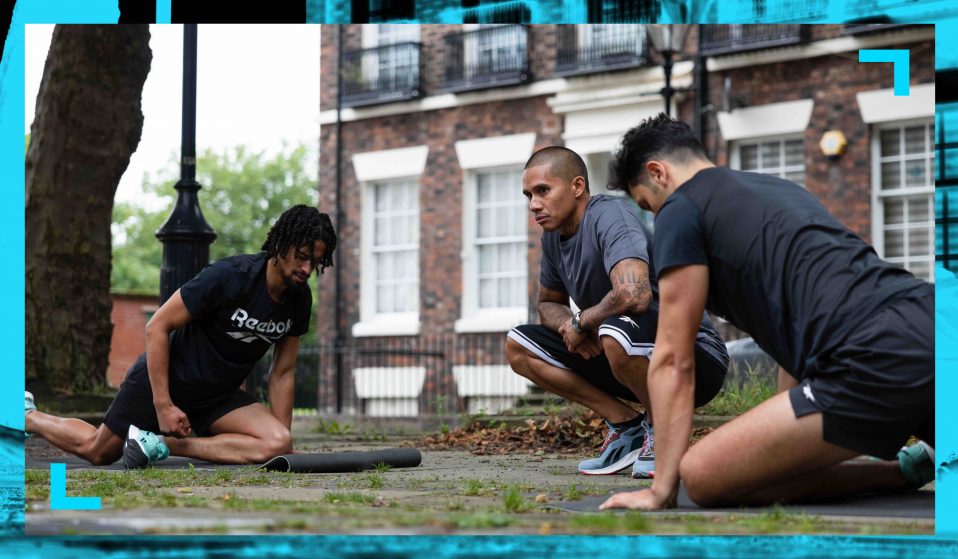 In the first instalment of Collectivity, Liverpool’s 2Step Collective link up with Tyrone Brennand, who is working to create an exercise culture that works for everyone.

In the first instalment of Collectivity, Liverpool’s 2Step Collective link up with Tyrone Brennand, a personal trainer and entrepreneur who is working to create an exercise culture that works for everyone – regardless of who they are, or where they come from.

As the founder of Be The Fittest, an operation seeking to empower people through health, fitness and wellbeing, Tyrone Brennand understands the power of creating an inclusive exercise culture as well as anyone.

It all stems from his own experience. As a younger man, Tyrone fell in with the wrong crowd. He began getting into fights and fell into trouble with the police. But fitness allowed him a path out of that: with help from the Prince’s Trust, he was able to launch the business he still runs today, providing him with a different path in life.

In the first instalment of Collectivity, a series created with Reebok that sees us connect organisations with like-minded supporters, we’ve brought Tyrone together with Liverpool’s 2Step Collective, so that he can share his expertise with the crew as they embark on a journey of their own.

Below, Tyrone outlines his advice for the group on how to create a culture that works for everyone – regardless of who they are, or what their circumstances might be. 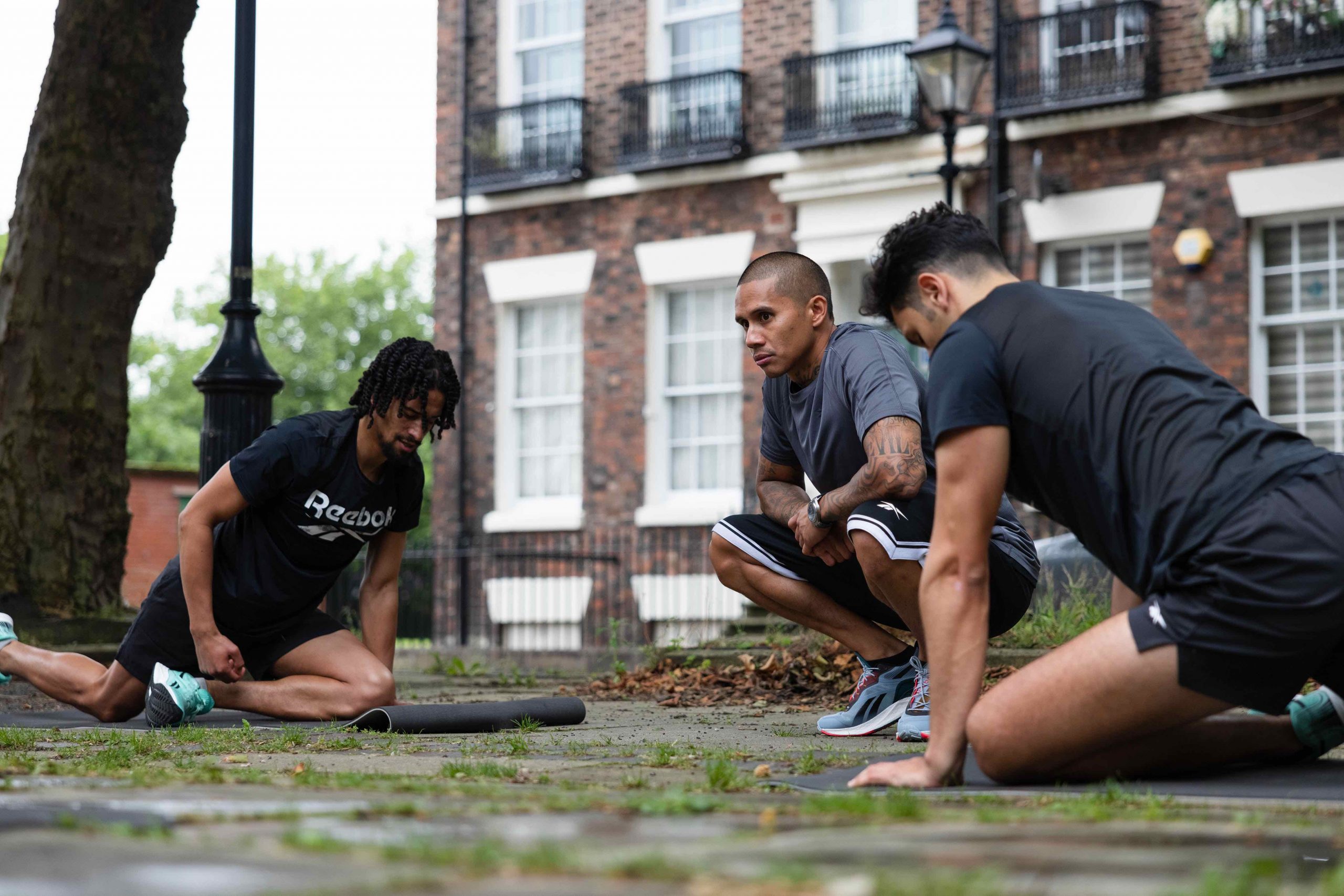 Adapt to your surroundings

“When I first started training, I’d sneak into gyms at night because I couldn’t afford to go. I didn’t really have the knowledge in regards to access. But now you have social media, you have the internet. The advice I would give to people is if you can’t afford to go to the gym, being able to create a workout program at home, or go for a run outside, is definitely something that you can do. It’s about having that knowledge and understanding and knowing what to do, then doing it. After all, it’ll still give you that same feeling. I think lockdown proved that people can work out from home.”

“For me and a lot of my friends, when we were in school it was pretty academic. But the passion we had always used to be when it was, like, PE, or when we’d go and play football. When you come from a place where there may not be so much opportunity, and you want to release some sort of steam or let the body loose, it’s very important to be able to understand how to do that healthily. When you’re young and you have a lot of energy, being able to get into something healthy – any type of sport – is important. Nowadays, people have a lot more access to be able to be inspired, to find the right path and say, ‘This person has been able to make it in sport. Why can’t I do that?’” 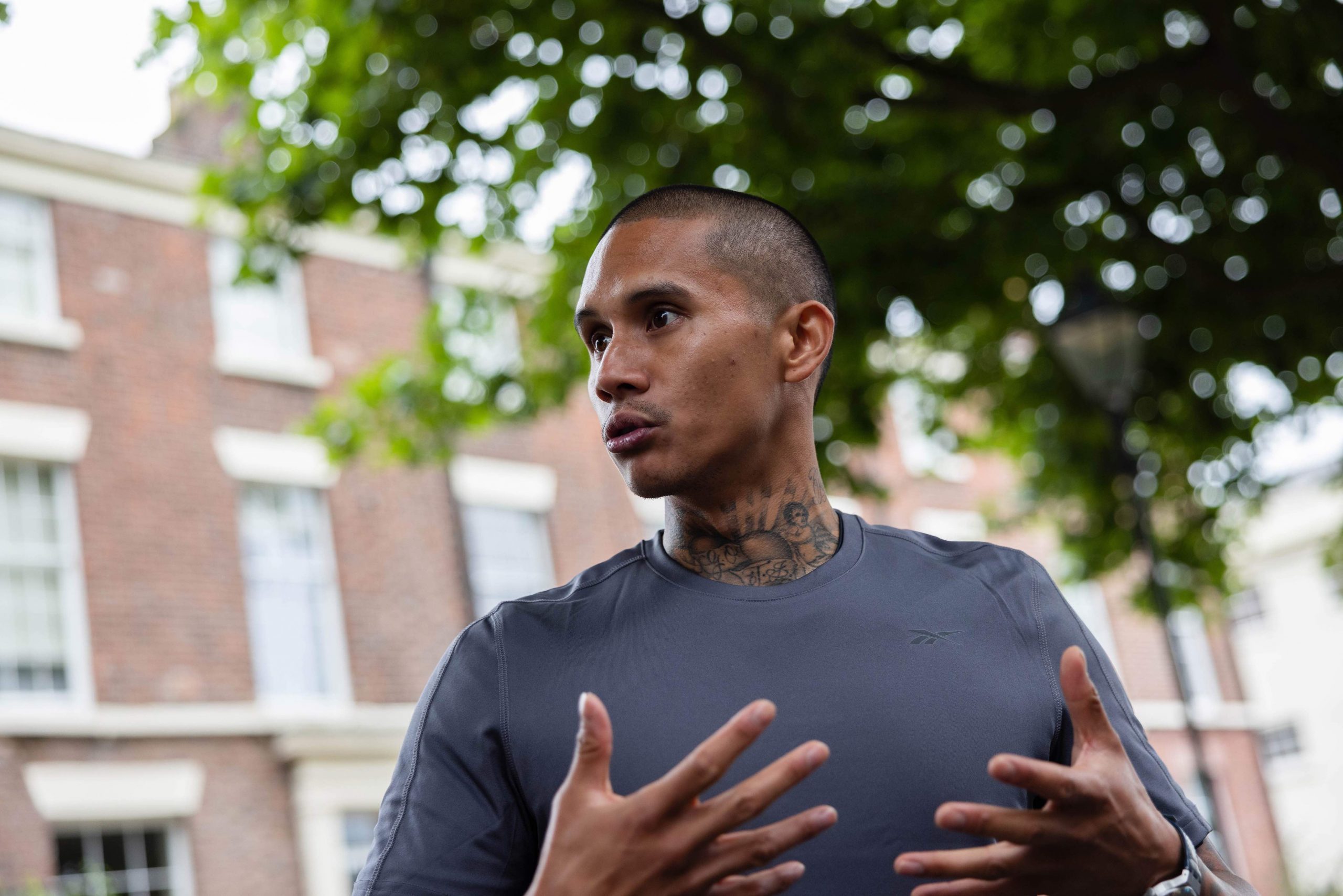 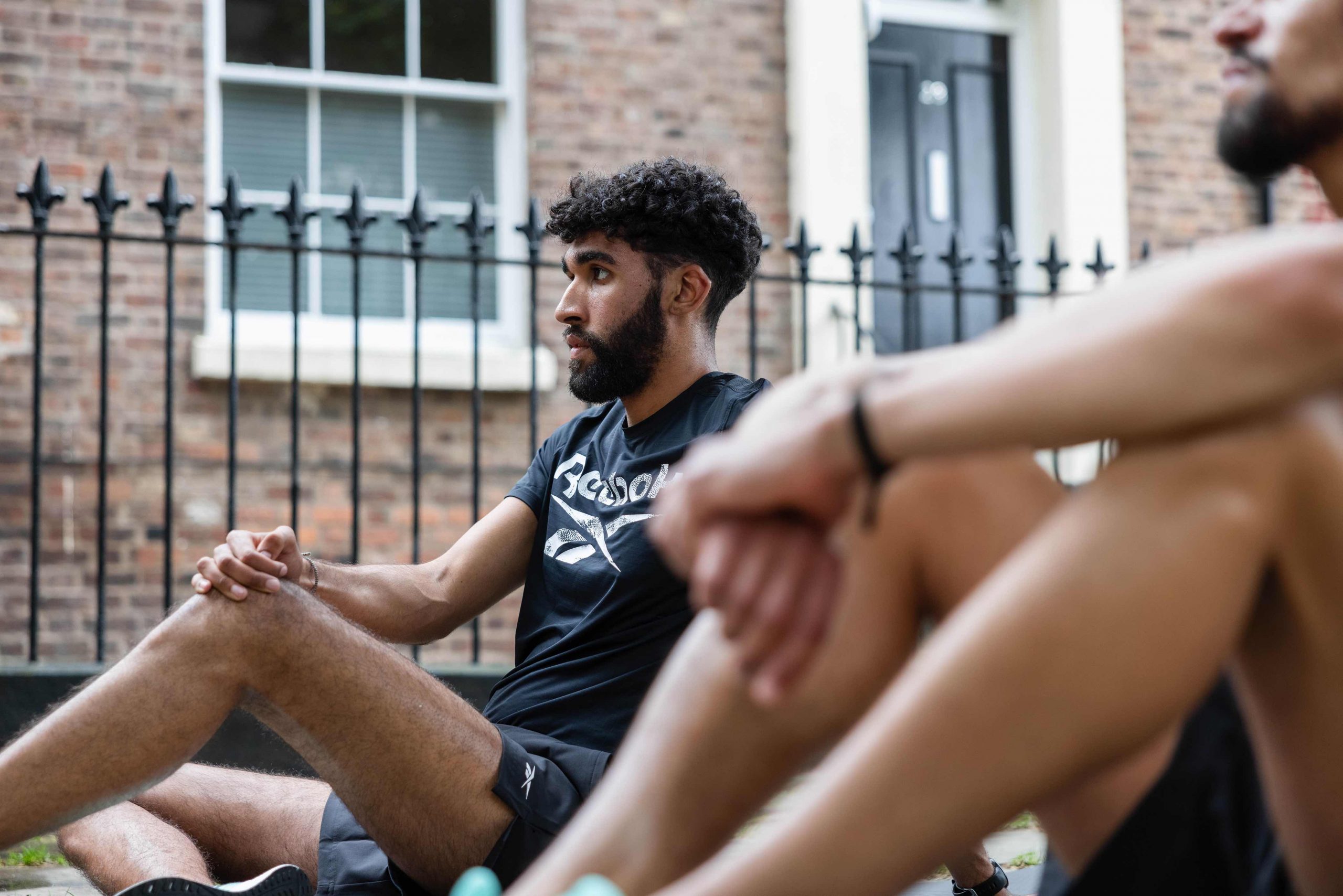 “It’s all about the balance. We’re not trying to be professional athletes, we’re not trying to be people setting world records. For the majority of us, we do it because we want to be fitter, healthier, happier. That comes with keeping things balanced, being able to exercise in moderation is very important. There’s a thin line between exercising a lot and becoming obsessive – which can become detrimental to your mental health and your life. I am a big advocate for telling people, ‘If there isn’t time for a training session in the day, then it’s okay.’ Don’t beat yourself up about it, don’t be mad.”

Start small – and build from there

“2Step is such a fantastic initiative. For people who may not have the confidence or the accessibility to do something, the money to sign up to a running club… it’s a great thing that they’re doing. The one piece of advice I would give to the crew, though, is for them to always remember the reason why they started. When movements become big, when they really kick off, it’s easy to have so many ideas. But keep it simple. Remember the reasons why you did it. It will keep on growing from there.” 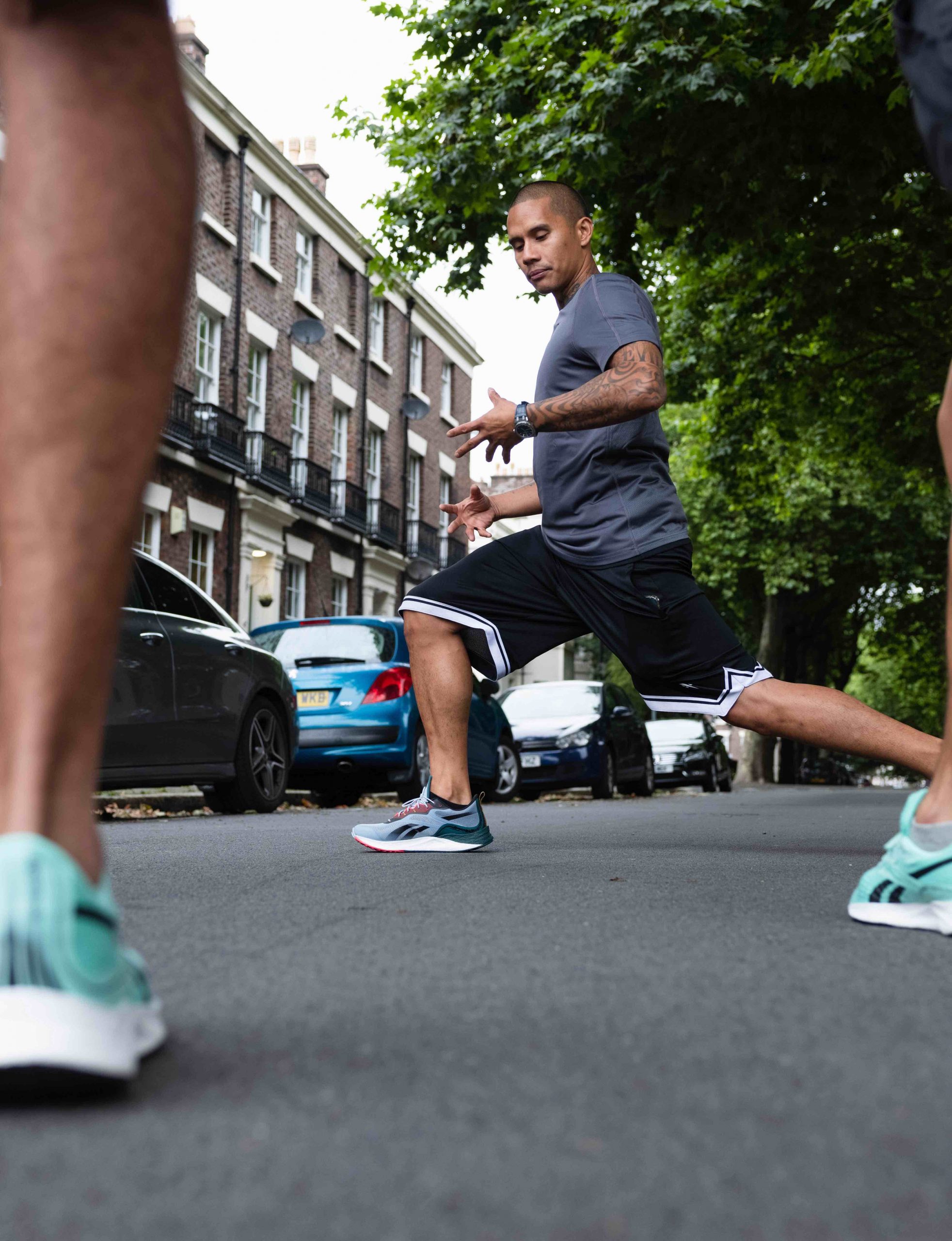 Collectivity is an editorial series produced in collaboration with Reebok. View more stories from the partnership.

Linkedin
RELATED ARTICLES
OTHER ARTICLES
Members of the collective share some of their reasons to run as part of #UnitedBySummits, a campaign that looks to uncover transformative power of the outdoors.
Photographer Phyllis Christopher recalls capturing sex and protest at a time when the city had become a haven for the queer community.
In the last of our dispatches from OFFF Barcelona, Rufus Deuchler and Vincent Gault discuss the future of creative process.
The government’s failure to take long Covid seriously has led to the formation of a group campaigning for the thousands of forgotten victims of the illness.
Following the release of his latest album God Don’t Make Mistakes, the rapper talks horror villains, police brutality and being unafraid to show his vulnerable side.
The answer to improving the well-being of Palestinians rests not with individualised solutions from the Global North, but with ending settler colonialism.