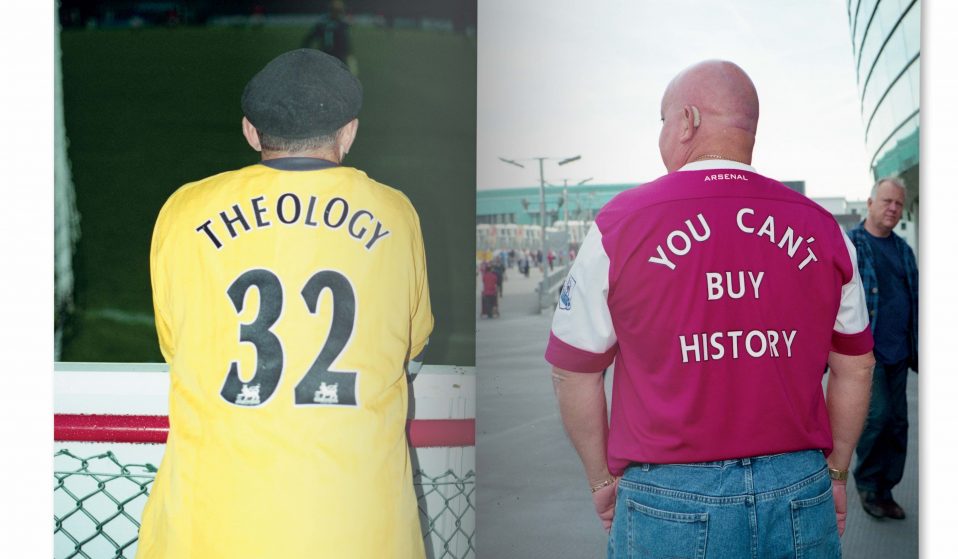 Text By Will Magee

Having started as a DIY rebellion, the fanzine movement is now an invaluable subculture under threat from an increasingly digital world.

Having started as a DIY rebellion, the fanzine movement is now an invaluable subculture under threat from an increasingly digital world.

Andy Mitten was only 15 when he started United We Stand fanzine. It was 1989, Margaret Thatcher was Prime Minister and, along with often brutal policing, the government had spent the previous few years trying to force supporters to adopt ID cards while vilifying them in parliament and the press.

“I was quite an angry fan, because I felt that the government considered all football fans to be hooligans,” he says. “I just felt that decisions were being made on behalf of fans without any fan consultation. It came after the Bradford City Fire, it came after Hillsborough. I delivered newspapers then and I was spending good money watching games in terrible conditions.”

Still at school, Mitten started the fanzine with a group of mates and describes the quality as “terrible” initially. Still, after three issues they had sold around 1,000 copies. Now, 31 years later, United We Stand is one of the best established and most carefully curated fanzines in the country, having featured interviews with the Manchester United hierarchy, managers and players. “I suppose it was that feeling of fans being some sort of underclass that inspired me to start the fanzine,” Mitten says. For those who were involved in football’s fanzine boom in the mid-to-late ’80s, that will seem like familiar testimony.

Born from the wild west of football before the glossy rebrand we now know as the Premier League era, fanzines were inherently political. Mark Meehan, former editor of the Chelsea Independent, recalls that his old zine came about in 1987 thanks to concerns over a ludicrously controversial plan from businessman David Bulstrode to merge west London clubs Queens Park Rangers and Fulham – with worrying implications for Chelsea – into a monstrous frankenclub called Fulham Park Rangers.

“It was about what was going on at other clubs, but it was also about the importance of fans having a say,” he says. “There wasn’t much supporter consultation or supporter dialogue back then.” 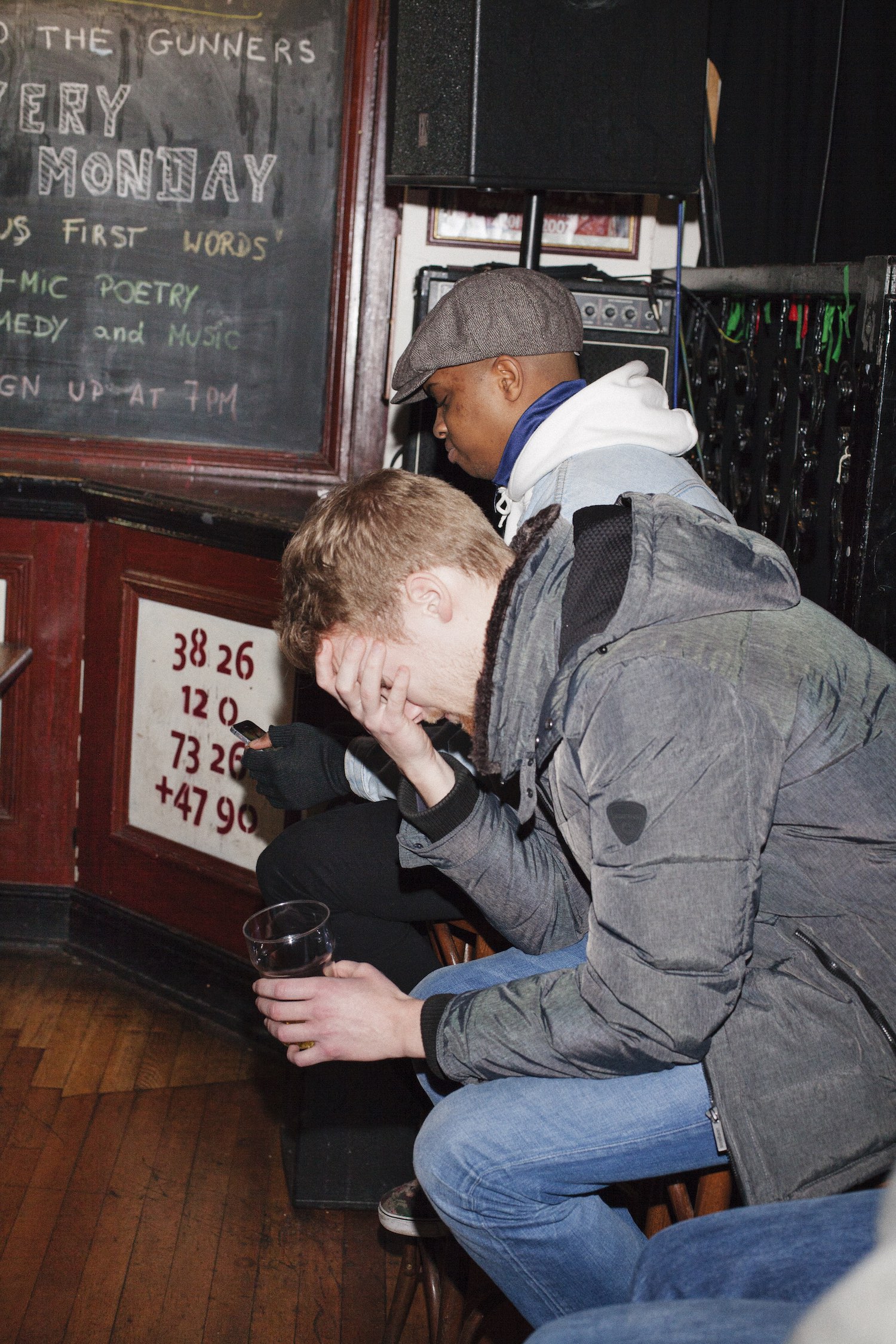 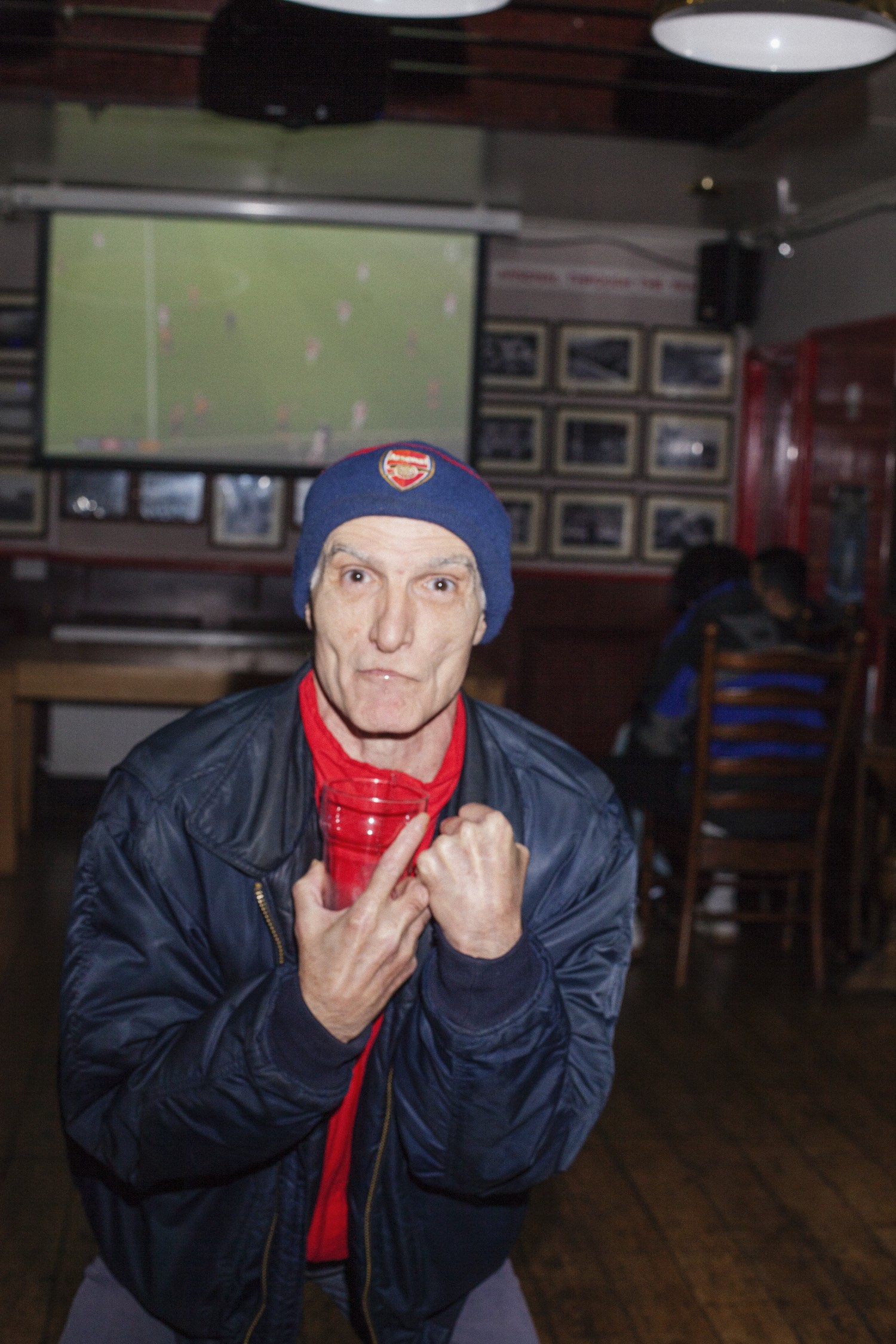 As with United We Stand, those who worked on the Chelsea Independent were surprised to find it was an immediate hit. After a meeting at the King’s Head pub in Fulham, a dozen fans clubbed together to publish the first issue and, having initially printed 500 copies to sell outside Stamford Bridge, they soon had a sold-out print run of 2,000. Among other issues, Meehan remembers the fanzine covering ticket prices, attracting new support, selling retro shirts from the ’60s and ’70s – a demand well ahead of its time given the current appetite for old-school sportswear – fan ownership, badge redesigns, stadium safety and racism on the terraces. “There were things that happened in history that fanzines were talking about before they actually happened,” he says.

With predominantly working-class roots, fanzines were a form of DIY rebellion against a hostile environment for football fans. To the backdrop of dodgy dealings and opaque financial interests – problems which afflict the game to this day – they also provided a form of free expression away from official club material, which still ranges from the heavily censored to the deliberately anodyne. Before long, fanzines had become a huge subculture, not to mention a campaigning movement which championed popular causes. Meehan can think of 14 or 15 zines which popped up at Chelsea in quick succession, though most of them, including the Chelsea Independent, have long since ceased publication.

As well as writing about political and social issues which affected football, often anarchic editorial practices saw contributors segue into music, fashion, comedy and art in the form of sketches and illustrations. “The roots of fanzines very much come from punk in the ’70s,” says Meehan. “A lot of people were starting [music] fanzines, and I think there was always a correlation between punk and Chelsea fans anyway.” 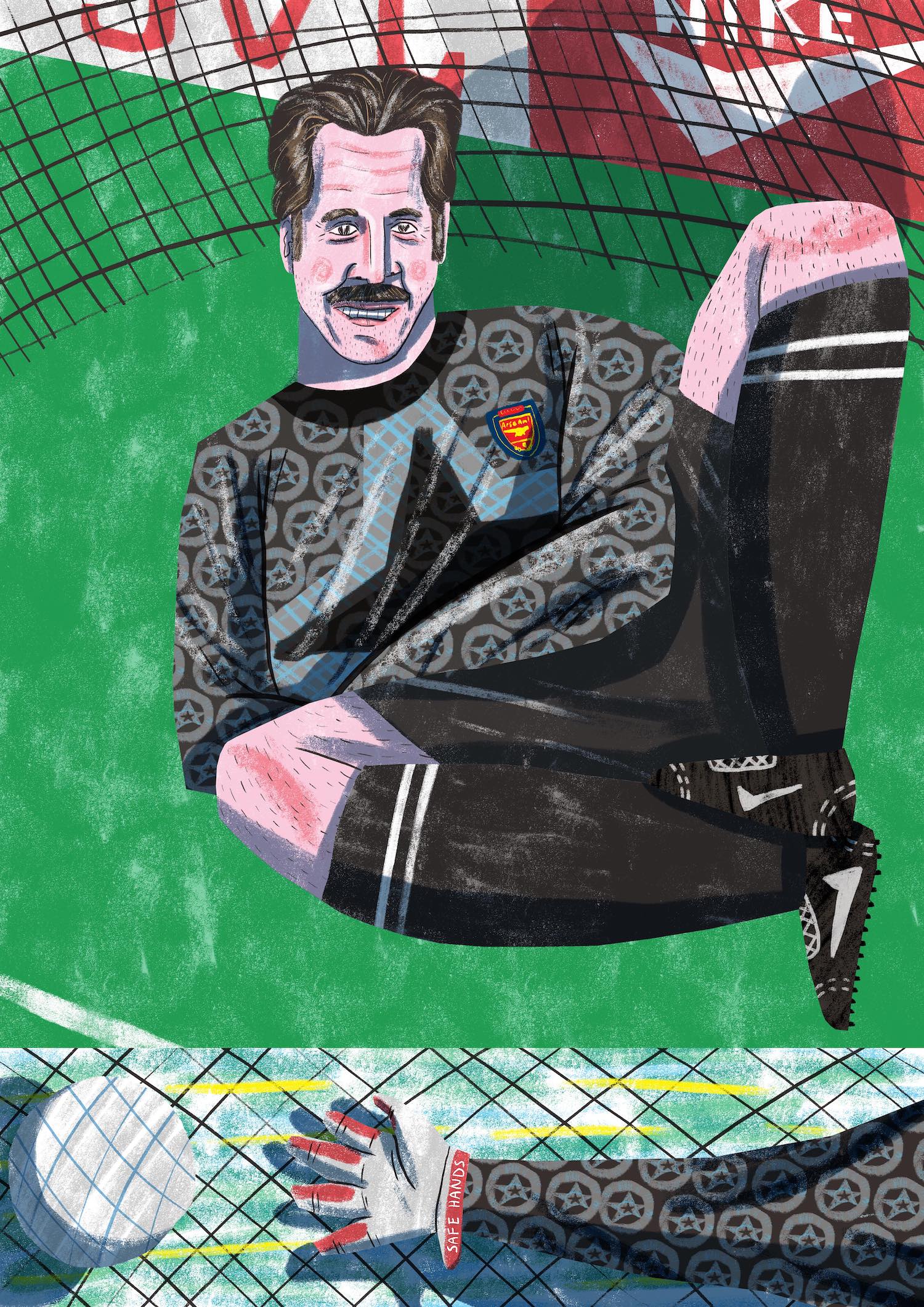 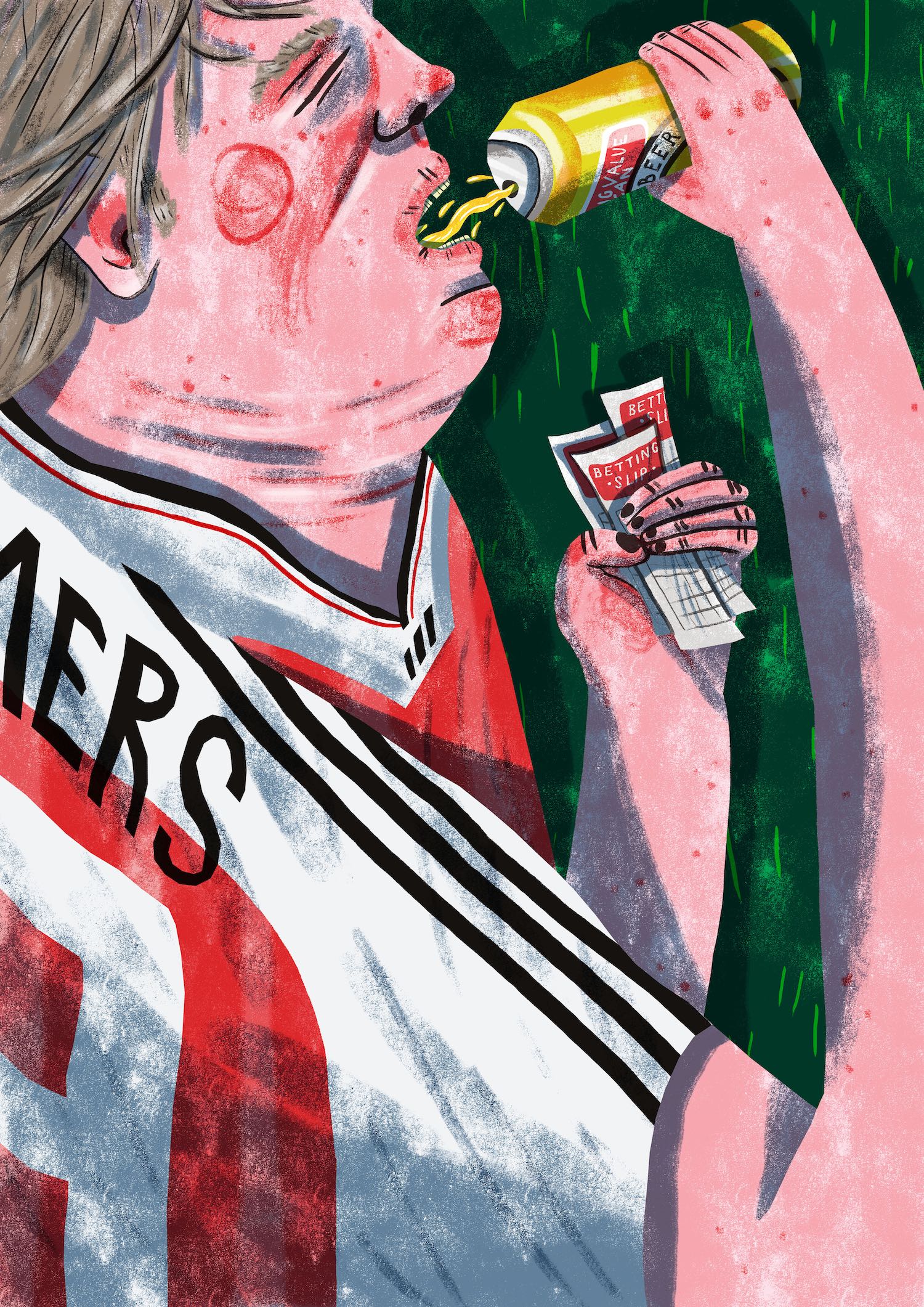 There was also a desire to counter the yob stereotype and show that football fans were not the undesirables they were made out to be. “I think there was a huge change in the way football supporters were viewed after the Hillsborough Disaster,” says Kevin Whitcher, editor of The Gooner, an Arsenal fanzine founded in 1987. “The intelligence of fanzine writing around that time played a part in that. People realised that people who went to football matches were not thugs.”

Then there was the fact that, before the dawn of the internet, fans had so much less information. Mike Harrison, editor of Bradford City fanzine The City Gent, recalls the lack of mainstream media coverage for lower-league clubs especially. “At the time we started, in the early ’80s, there was not a lot of news about third-division football clubs as we were then. You had a little bit in the local paper, a little bit on the radio in the evening, but not much.”

As far as he knows, The City Gent is now the longest-running fanzine in the country, having circulated on coaches to away games as early as 1984. It has documented its fair share of club crises with habitual gallows humour, though the same could be said for most longstanding lower-league zines. “Nobody in their right mind would set up a fanzine now,” says Harrison. “Why would you? It’s so much easier to set up a website or set up a blog and you’re up and running.”

The digital revolution is certainly a threat to fanzines, especially those which have struggled to move away from the sort of reactive opinion which can now be produced infinitely faster – and, more importantly, for free – on fan forums, YouTube and Twitter. “It’s obviously a tough time for fanzines… I think it’s inevitable that a lot of fanzines will change into websites, blogs and podcasts,” says Jonny King, editor of Wycombe zine The Wanderer. As with the countless supporters who still buy, read and love fanzines, however, King feels football would be diminished without its traditions. “I think for me there’s something sacrosanct about print as part of the match-day experience… it’s just a staple of British lower-league football.” 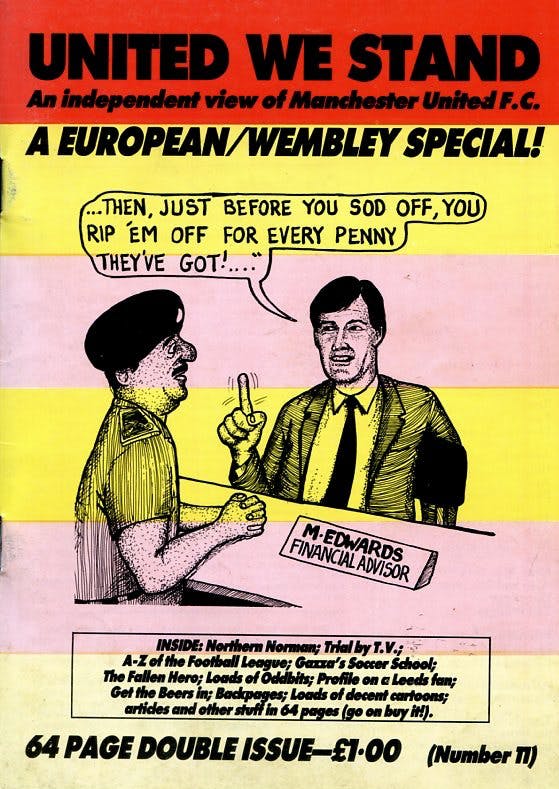 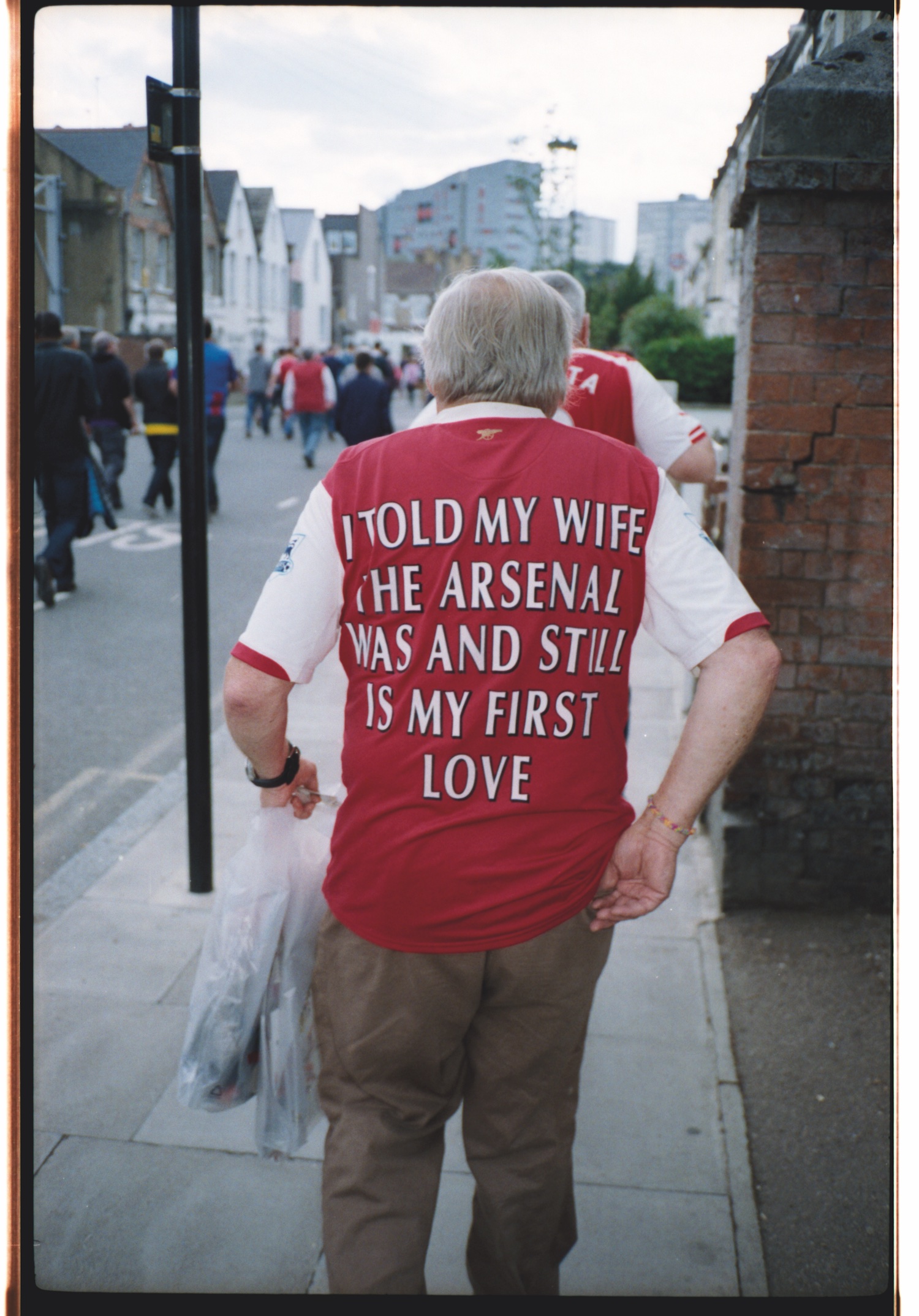 While many fanzines have a natural lifespan, some have inevitably come under pressure from saturation content online and changing demographics. Having seen sales decline on match day to the point where he worried that The Gooner was no longer viable, Whitcher launched the ‘Save The Gooner’ campaign in 2018 with an experimental subscription model in an attempt to keep the zine alive. Though he received a heartening response from fans who wanted to preserve The Gooner as an institution, Whitcher is matter-of-fact about the future.

“As the readership gets older, as they gradually shuffle off this mortal coil, [fanzines] are not going to last forever,” he says. Still, for older fans who don’t want to navigate the pitfalls of YouTube, the social value of fanzines in keeping people connected cannot be overestimated.

Despite the challenges, there are still fans starting new fanzines here and there. On the back of the surging popularity of Dulwich Hamlet midway through the last decade, Louis Daly and Josie Bowler established The Moral Victory in 2014. Made with blue ink on pink paper in tribute to Hamlet’s club colours, produced with a risograph printer and stapled by hand, it was a madly creative zine which featured poems, drawings, philosophical musings and extended in-jokes.

“We wanted to make the fanzine full of cartoons and more unusual ideas that would work better in print,” says Daly. “I think football fan culture has always been quite creative and had a tendency towards the absurd and humorous… we just wanted The Moral Victory to be part of that really.” 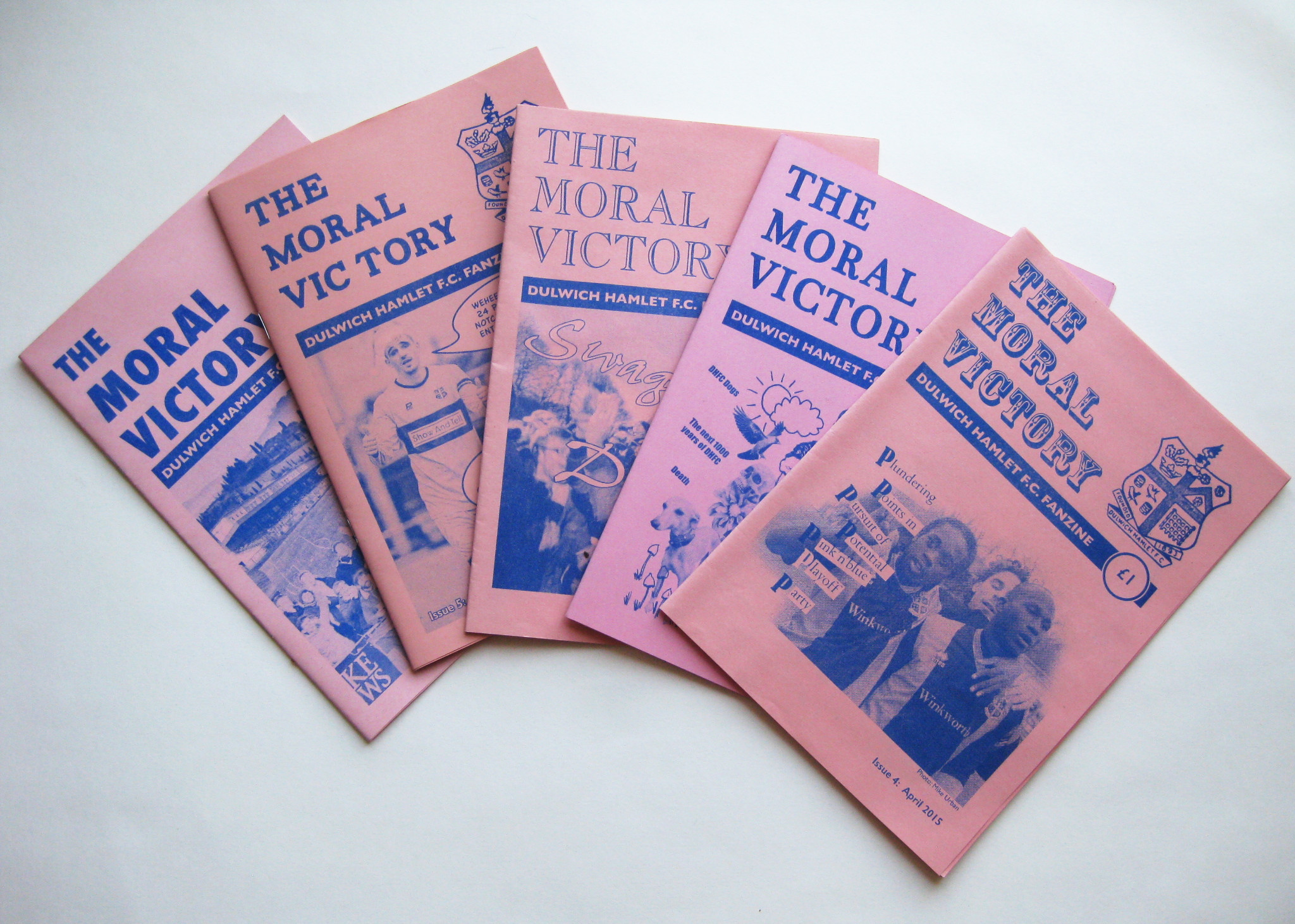 Along with partner-in-crime Max Giles, Ed Fenwick launched the Poison Lasagna fanzine in 2018 as an offshoot of their unofficial Arsenal merch outlet, Eighteen86. Named after ‘Lasagnagate’, the famous incident in 2006 when a bout of food poisoning cost Tottenham their Champions League place to Arsenal’s gain on the final day of the season, the duo were inspired by making a film about the origins of the fanzine movement.

“We spent so much time speaking to the old guard who started it all during the fanzine boom, it just felt like we had to make our own one,” says Fenwick. “It felt like there was 100 per cent still a place for that now, just maybe not in the same way.”

With a focus on illustrations, photography and life stories and only one issue to date – a second is imminent – Poison Lasagna serves as an interesting example of where fanzines might go next. Where ’80s zines may have been a form of punk rebellion, Fenwick sees Poison Lasagna as “basically a love letter” to the club. That football can inspire that sort of creative expression is surreal and beautiful, though those fanzines which have survived since the ’80s still carry the torch for fan activism and holding the powerful to account. As Harrison says: “I’ve got thousands of people who walk past me and don’t buy a fanzine. But I’m convinced that if, for whatever reason, we stopped doing it, they’d miss us.” 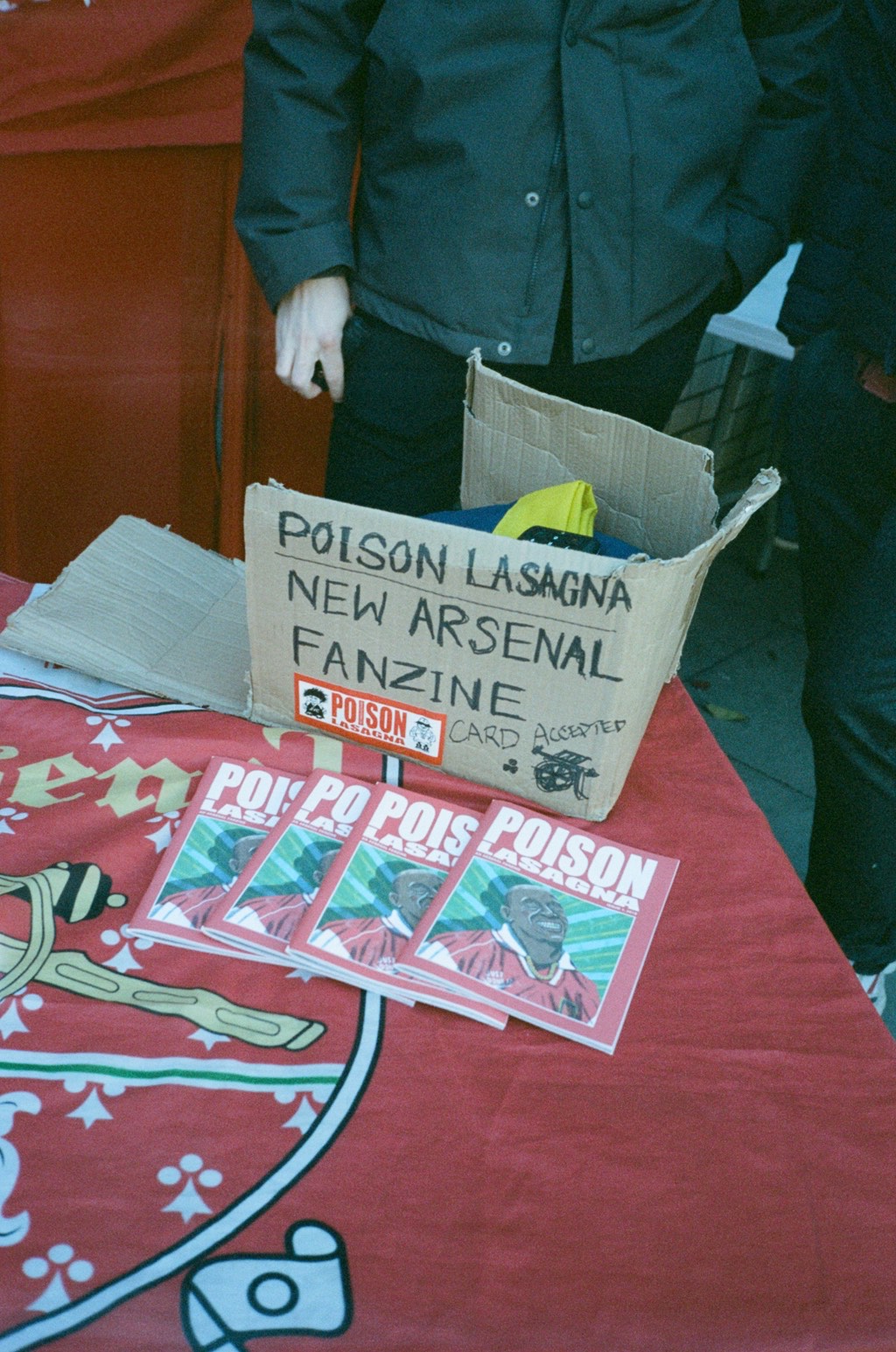 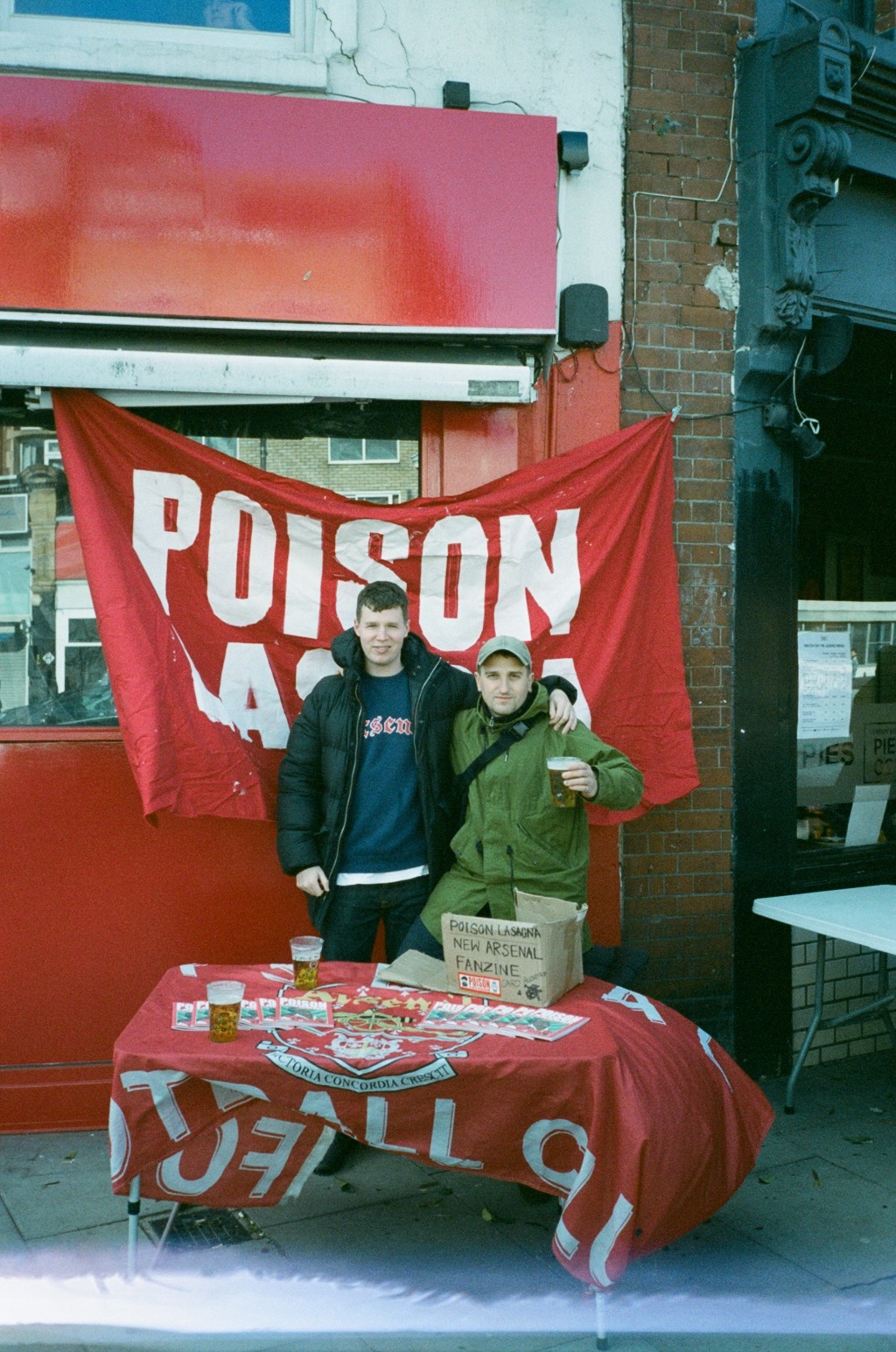 Linkedin
RELATED ARTICLES
OTHER ARTICLES
Photographer Arthur Grace recalls travelling through the Soviet Bloc and finding ways to evade the surveillance of his work.
The author discusses the all-consuming nature of heartbreak, and turning the experience into an incisive exploration of love and loss.
The last few years have seen an increase in LGBTQ-led initiatives to feed the hungry, with many finding ways to stay afloat despite the challenges.
Freddie Miller’s new series of photographs investigates who today’s trainspotters are and what drives their unfettered enthusiasm.
Curator Antoine de Beaupré discusses his immense record collection and what it tells us about the intersection of music, photography, art, and commerce.
Wealth inequality and the rising cost of socialising is placing a strain on people’s relationships, reports Eve Upton-Clark.